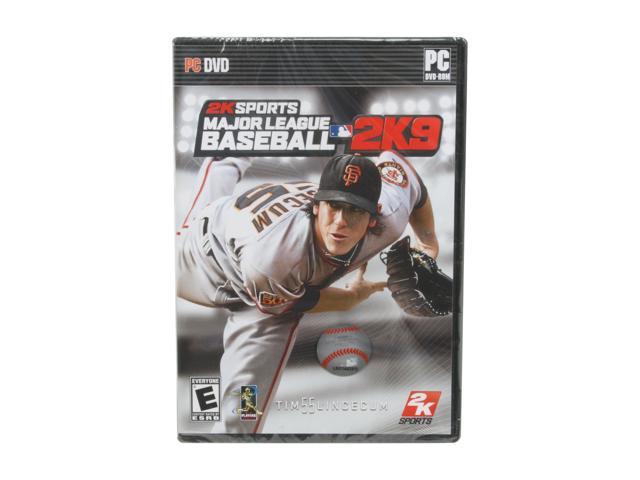 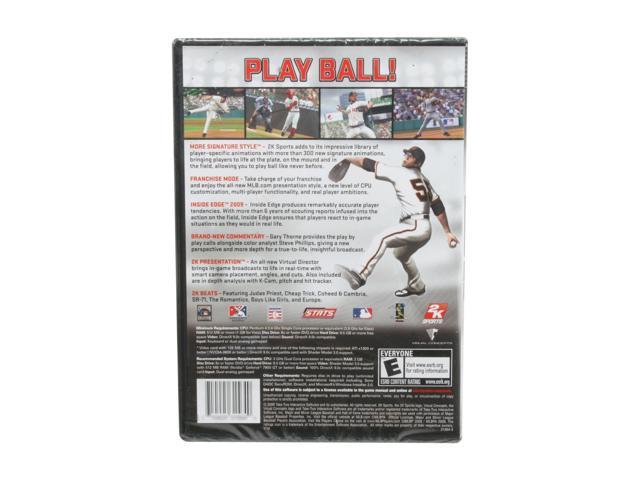 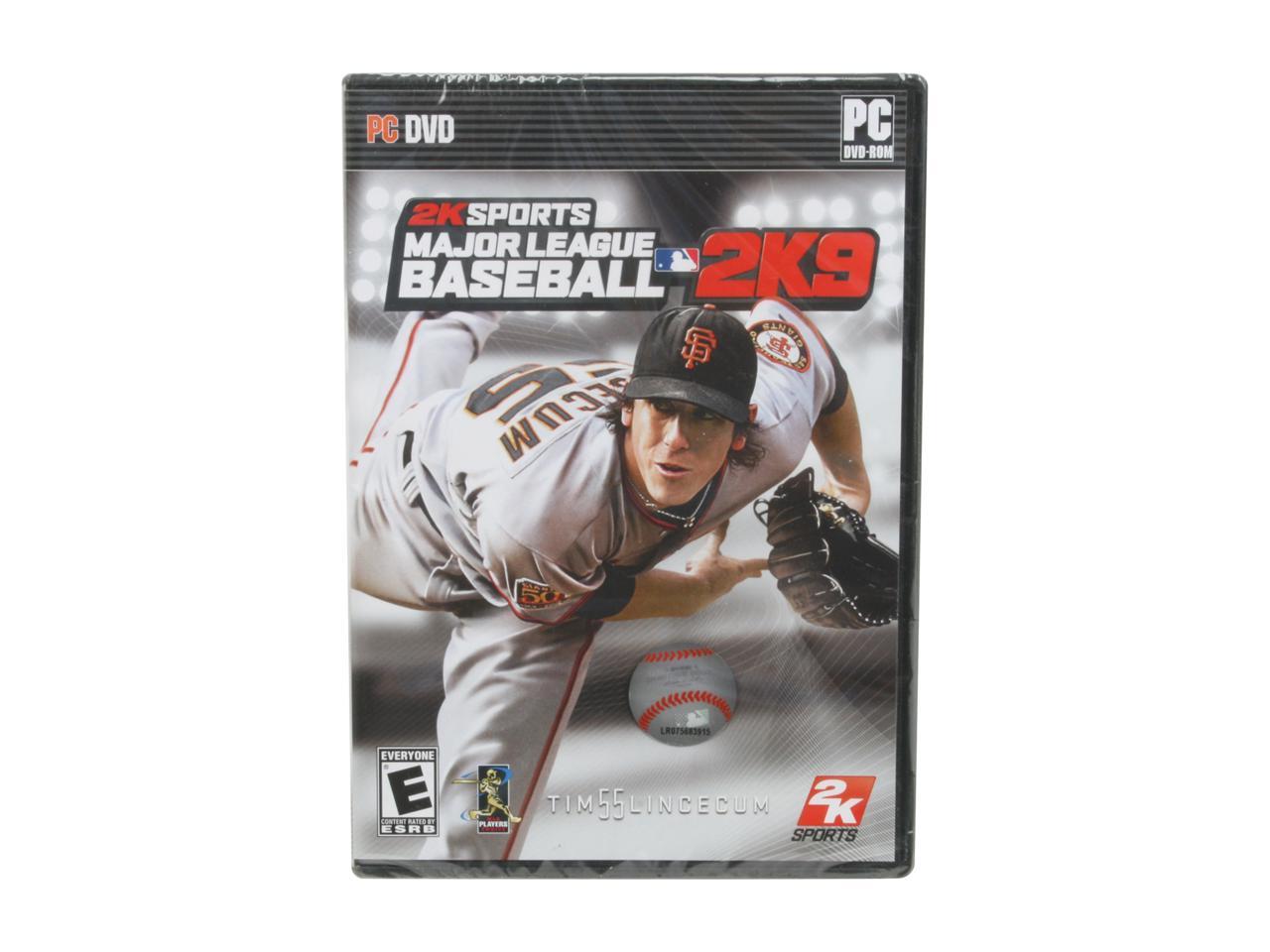 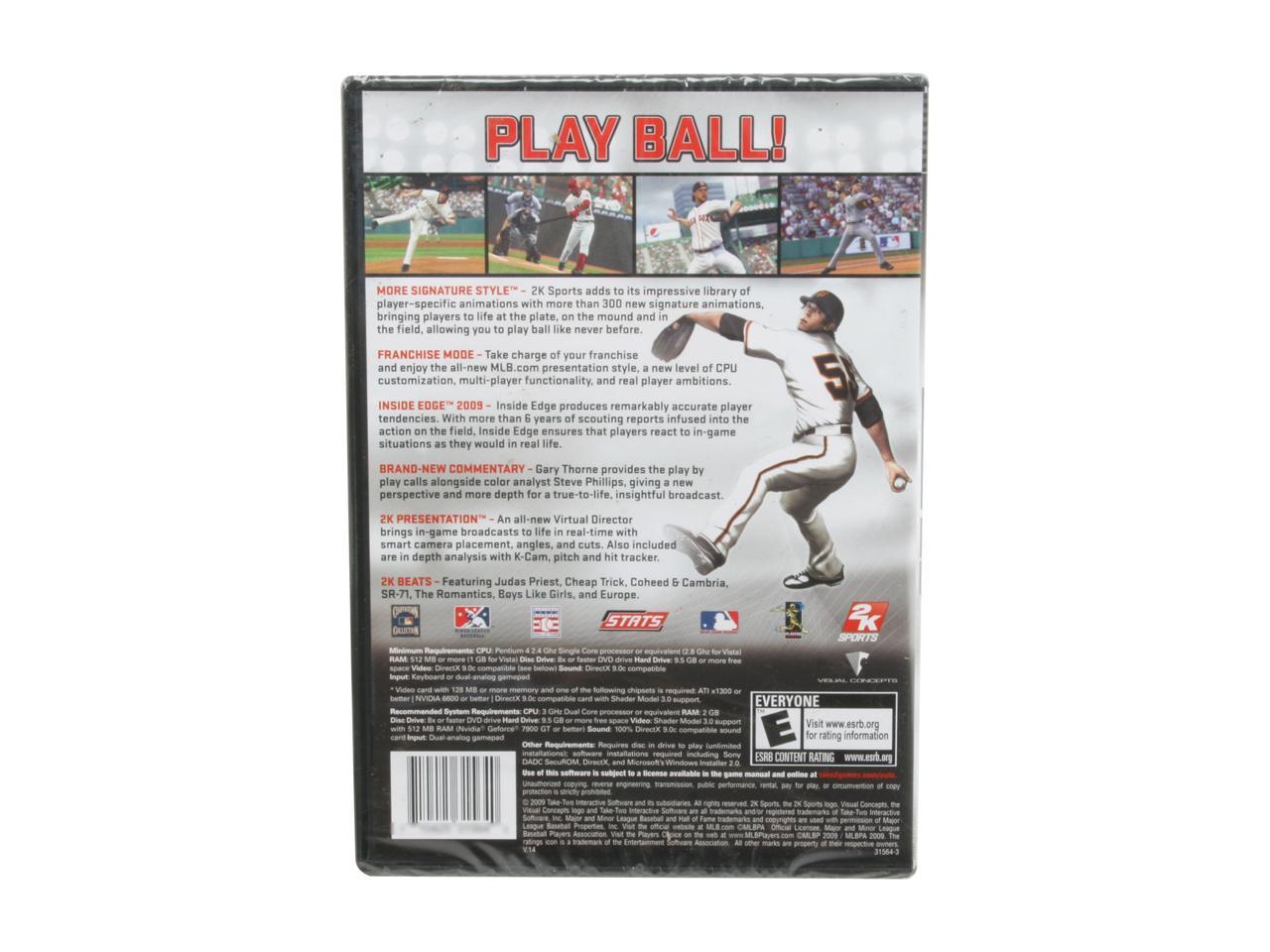 Pros: Very realistic in appearance and game play...pitching control is outstanding. Makes you feel as if your really managing the team. Would highly recommend this game for baseball fans.

Cons: Not really a con but worth mentioning...get the Microsoft Xbox controller if you really want to enjoy this game. Logitech Rumblepad 2 to much of a pain to configure...plus I own NBA 2K9 anyway

Pros: This game has great graphics, gameplay, and depth. There are numerous options and game modes. It has been several years since such a fun game has existed for PC users. Tutorials within the game teach you how to play. Home Run Derby Mode is lots of fun. I play at 1920 x 1200 resolution and the graphics are remarkable. All around a great baseball game for PC gamers, certainly the best one you can really play as opposed to the kind of games that only let you simulate play strategically. You will have fun!

Cons: You should not expect to play this game with your keyboard. It works best with a genuine XBox 360 controller. This controller plugs into a USB port on your computer and automatically downloads its' software from Microsoft. I have Windows XP, Vista 32, and Vista 64 and there are free drivers at Microsoft's website.

Pros: Finally, a Baseball game for PC! Graphics are great. I've had a lot of fun playing it. I was very excited to have a MLB baseball game for PC (first since MVP 2005). I don't know how anyone could complain about a price that's less than half of a new, retail game. It even has a Cheap Trick tune!

Cons: The game does have it's bugs of which many are supposed to be fixed with an upcoming patch. Took me some time to learn how to hit and pitch, but once I figured it out, I began enjoying the game. Would have been nice to have live scoreboards in the stadiums. No multiplayer.

Overall Review: Works great with my XBox 360 Controller. If you are having trouble with the controls, I'd suggest picking one up. I've seen some comments where people have called this game "unplayable"- it's hardly unplayable.

Pros: The game is very good...the graphics are amazing and the controls are a little bit strange...but i get it to work with my regular keyboard.

Overall Review: In order to bat....you have to configure the default settings for the keyboard. Keep press numpad 2 and then, when the ball come closer you press numpad 8..and you can make a swing.

Pros: I have had no problems whatsoever with this game. It runs perfectly on my system, an old overclocked Pentium dual core D805 with an Nvidia 8800gt card. When the screen pans out from distance, there is some slight choppiness, but nothing I cannot live with. The graphics are incredible. The announcers say the most intelligent things (might get repetitive later on but for now, perfect commentary).

Cons: I have almost no cons, but if I had to choose one, it'd be that the menu interface is still tailored for the consoles and somewhat hard to navigate.

Overall Review: I wasn't going to write a review, but I took exception at the first guy's review that gave this game 1 star. Look, the last baseball game on the computer was MLB 2005. EA Sports sc*rewed PC users for the last 4 years, first with crummy graphics for the PC and then canceling them outright because of "piracy. " They canceled every single PC version of NBA, MLB, Madden, Tiger Woods, NASCAR etc. And then along comes 2k9 who gives us this incredible gift of Next Generation graphics. AND THEY PRICE IT FOR TWENTY BUCKS! What more do you want? They have patched up NBA 2k9, fixing the very few problems that the game was released with. Stop complaining after 2k9 goes out of their way to court us PC users.

Pros: Only twenty smackers. The announcers are great the first couple times around. Pitcher interface is pretty good.

Cons: Repetitive announcers. Hear the same lame poopoo over and over. Fielding is abysmal at best. Glitches during gameplay that allow errors to occur. Batting is pretty easy, its about timing. Too many line drive outs to the infielders. Delayed responses when fielding.

Overall Review: This game was pretty easy to set up. All you have to do is go in the menu to "setup controls". I was at first very impressed. That slowly but surely waned down tothe point where I can hardly stand playing and this is within a week. Tempting me to spend real money on a PS3 for MLB09 The Show. For the money you can say its worth it if your only other choice is a console which costs you four hundy out the gate. Overall the gameplay needs a patch drastically and from early reports its oing to be released by opening day. Only question is, will most people have moved on? Time will tell. If you love baseball and don't own or want to buy a console for hundreds of dollars then stick with this. Otherwise baseball is dominated by MLB09 The Show.

Cons: so many problems with game, spent several hours trying to get some basic control functions to work. Still unable to swing the bat, but i can bunt. manual is also the worst ive ever gotten with a game. no documentation on keyboard controls just a conversion chart for x box controller functions.

Overall Review: I checked on some forums and found many other people with similar issues and no responses anywhere on fixes for them. Its unplayable until you can at least swing the bat in the game. Ive been a gaming enthusiast for about 10-15 years and have bought and played many games but this is by far the worst one I have ever gotten. dont waste your money until they come out with a patch that fixes some of the issues that are out there.

Overall Review: To those who cannot swing the bat, the default keyboard setting is to press and hold the number 2 on the number pad (set the batter) and as the pitch comes in let go and press the number 8 (on the number pad) to swing.