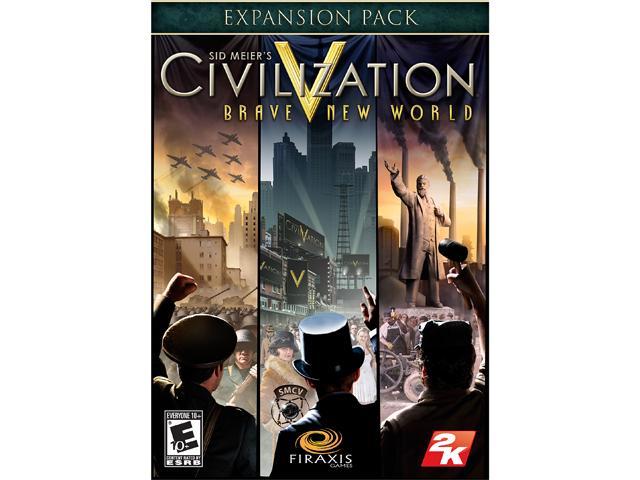 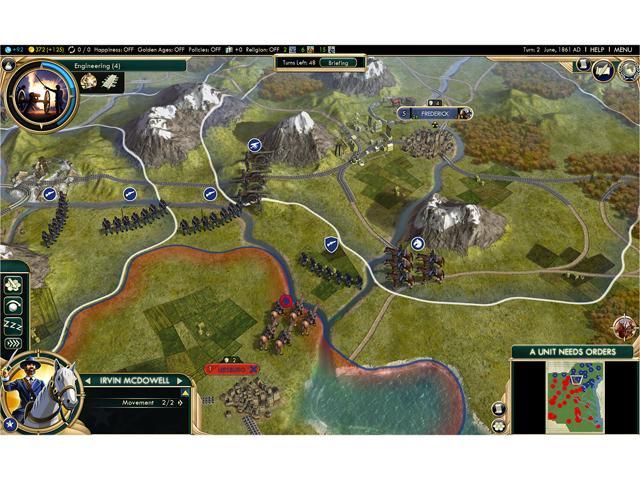 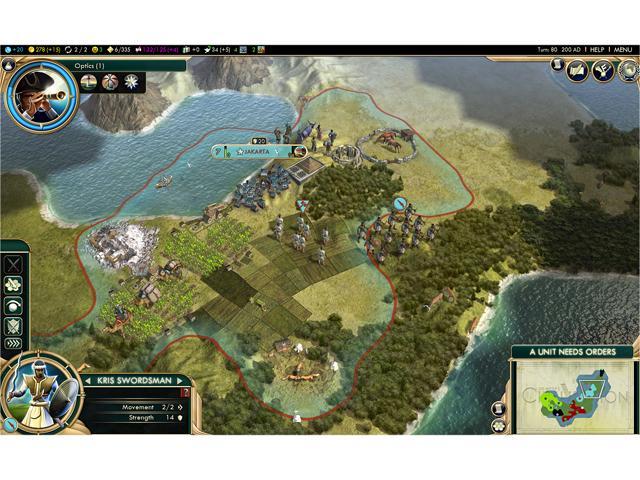 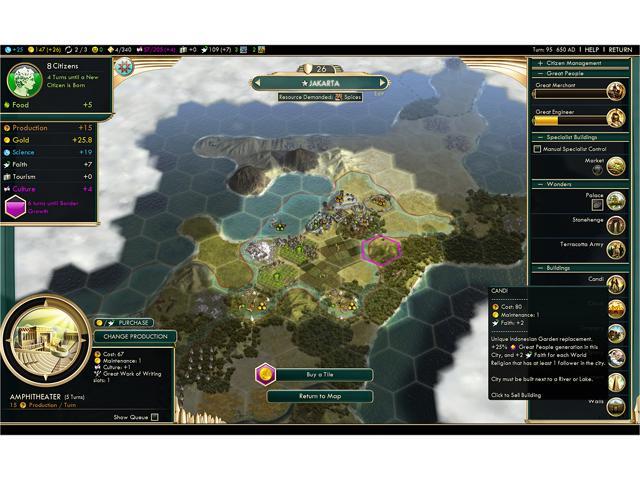 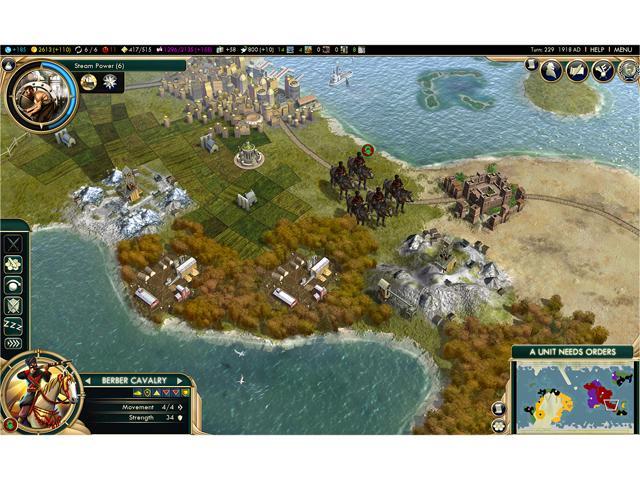 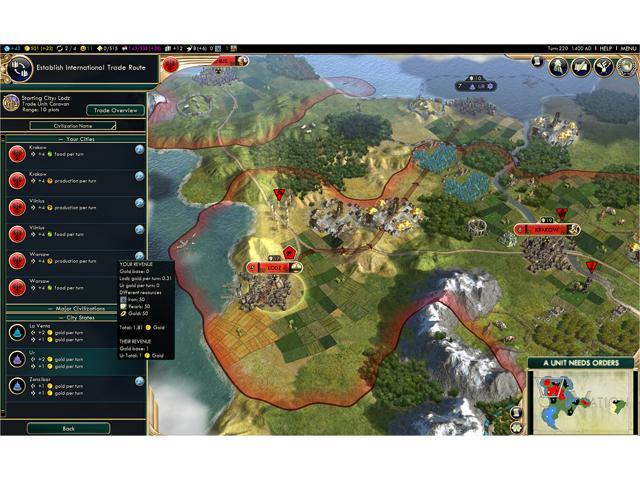 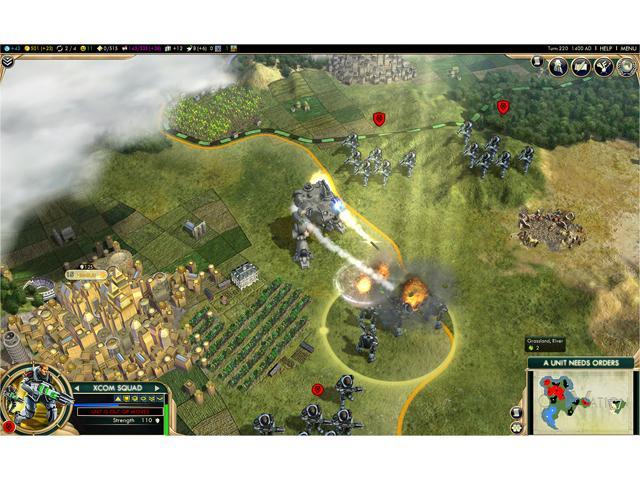 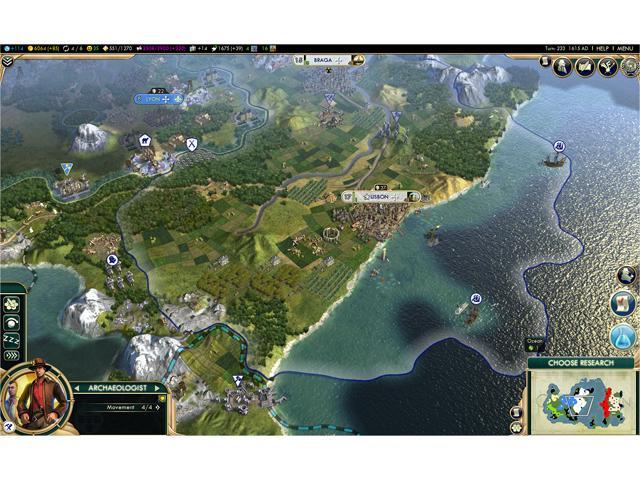 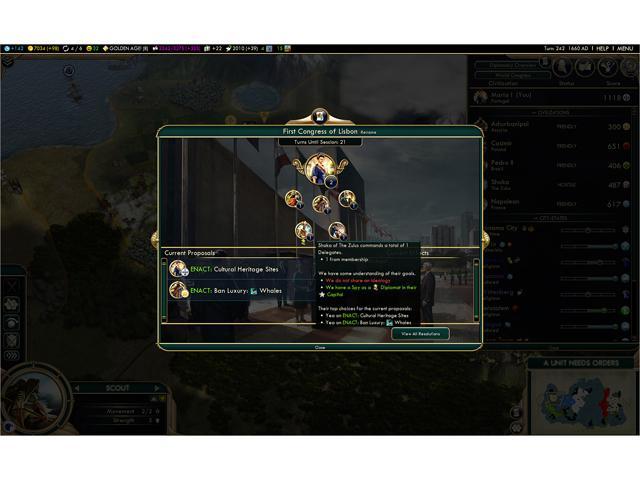 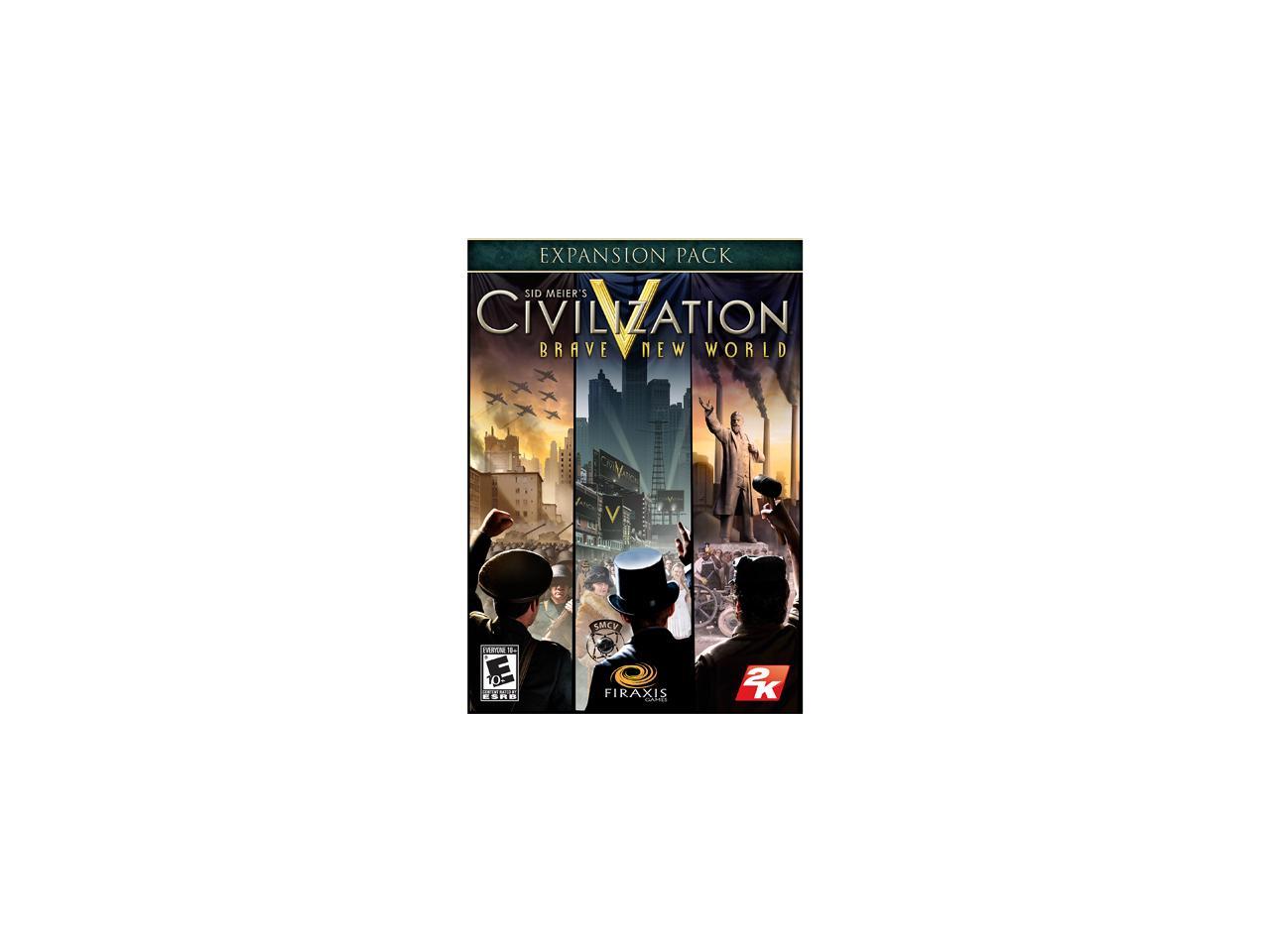 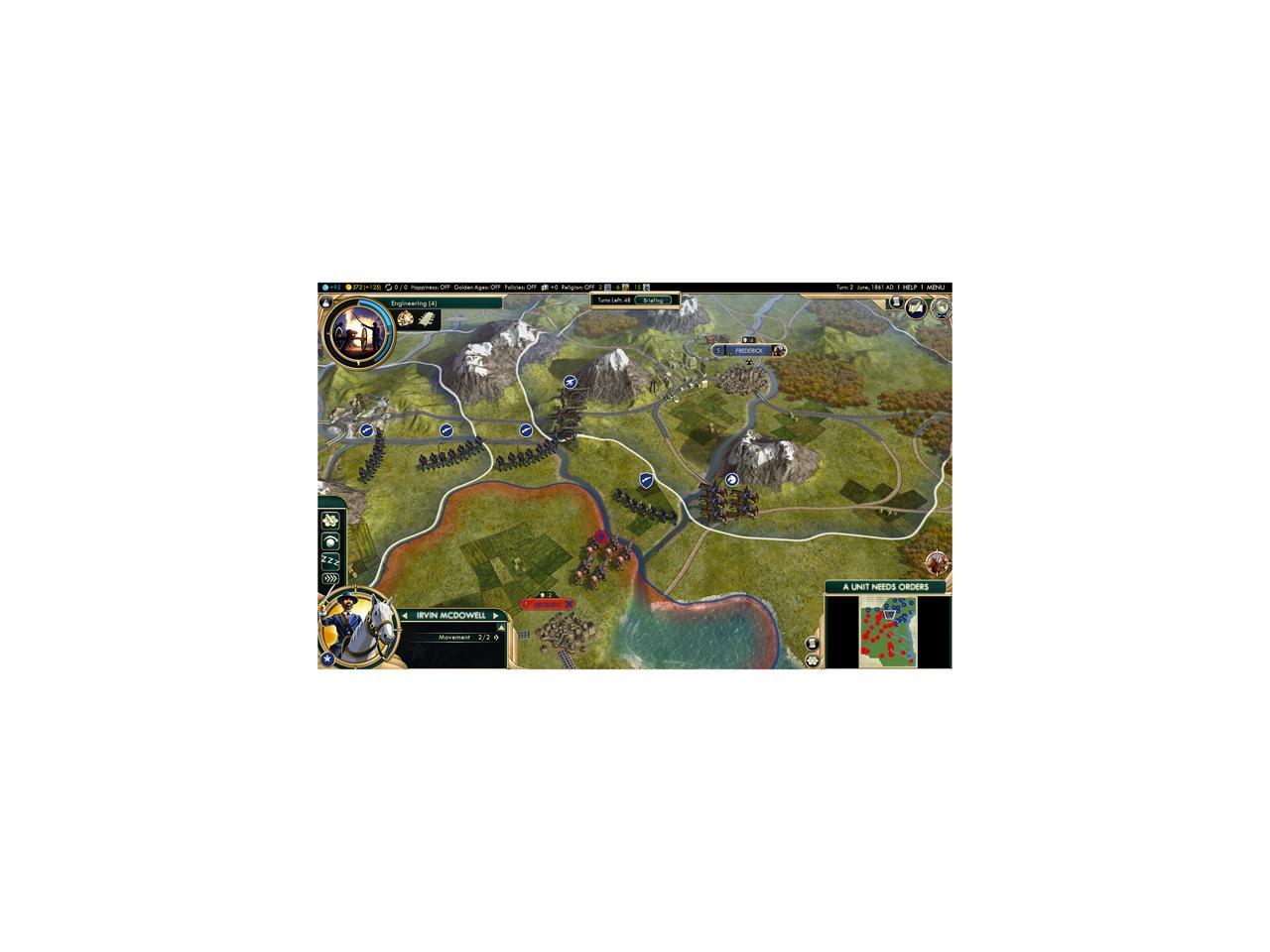 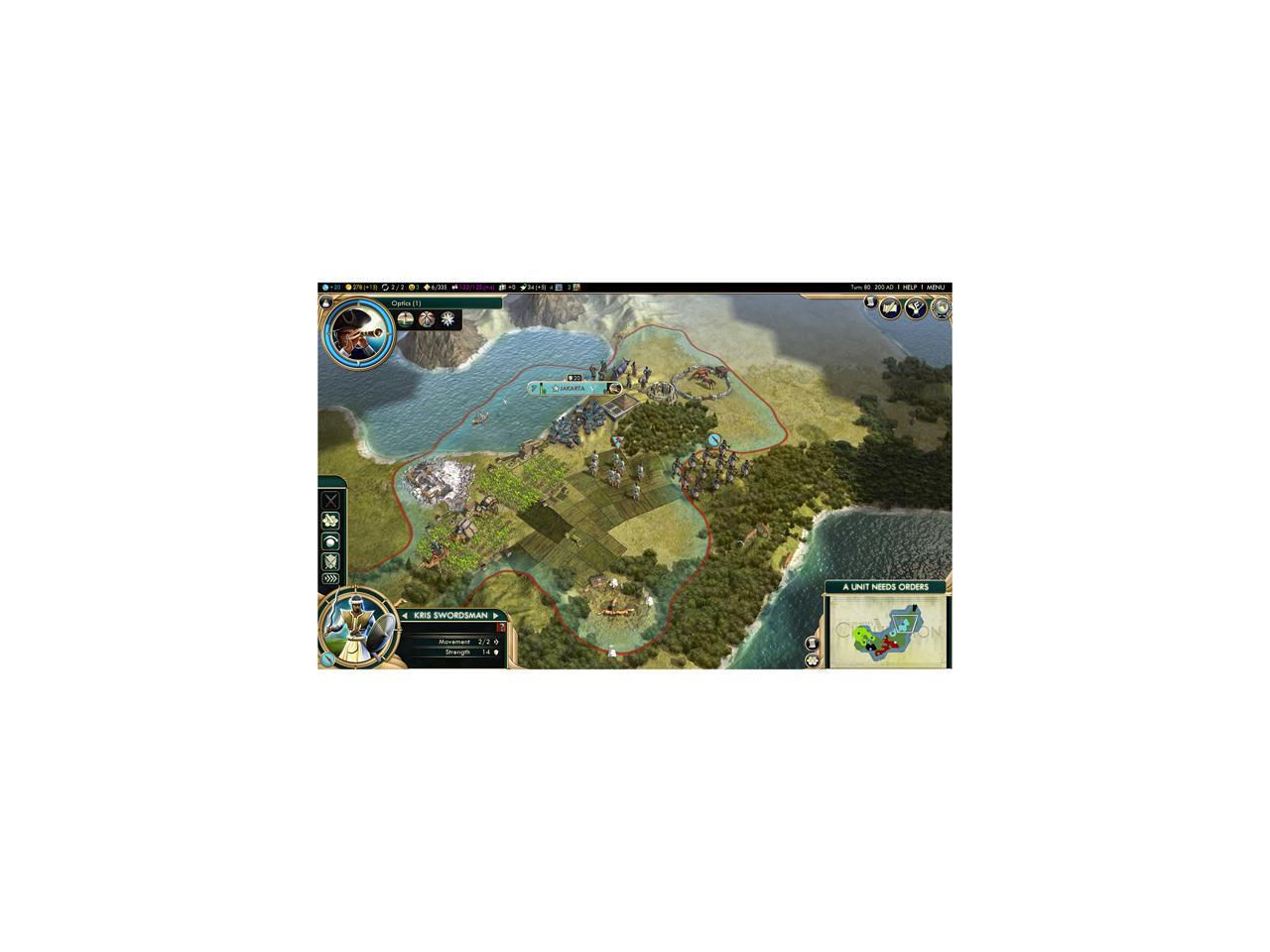 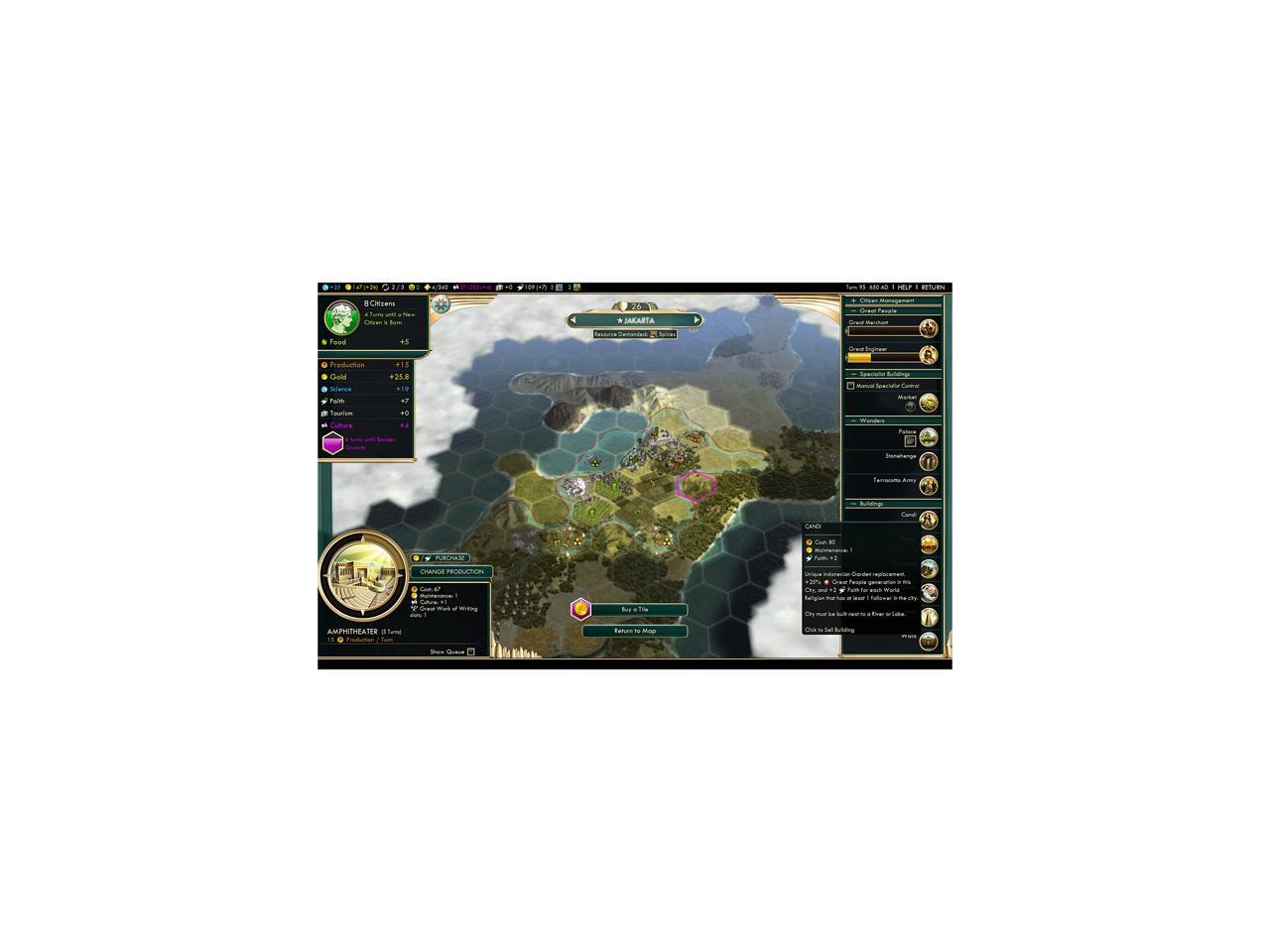 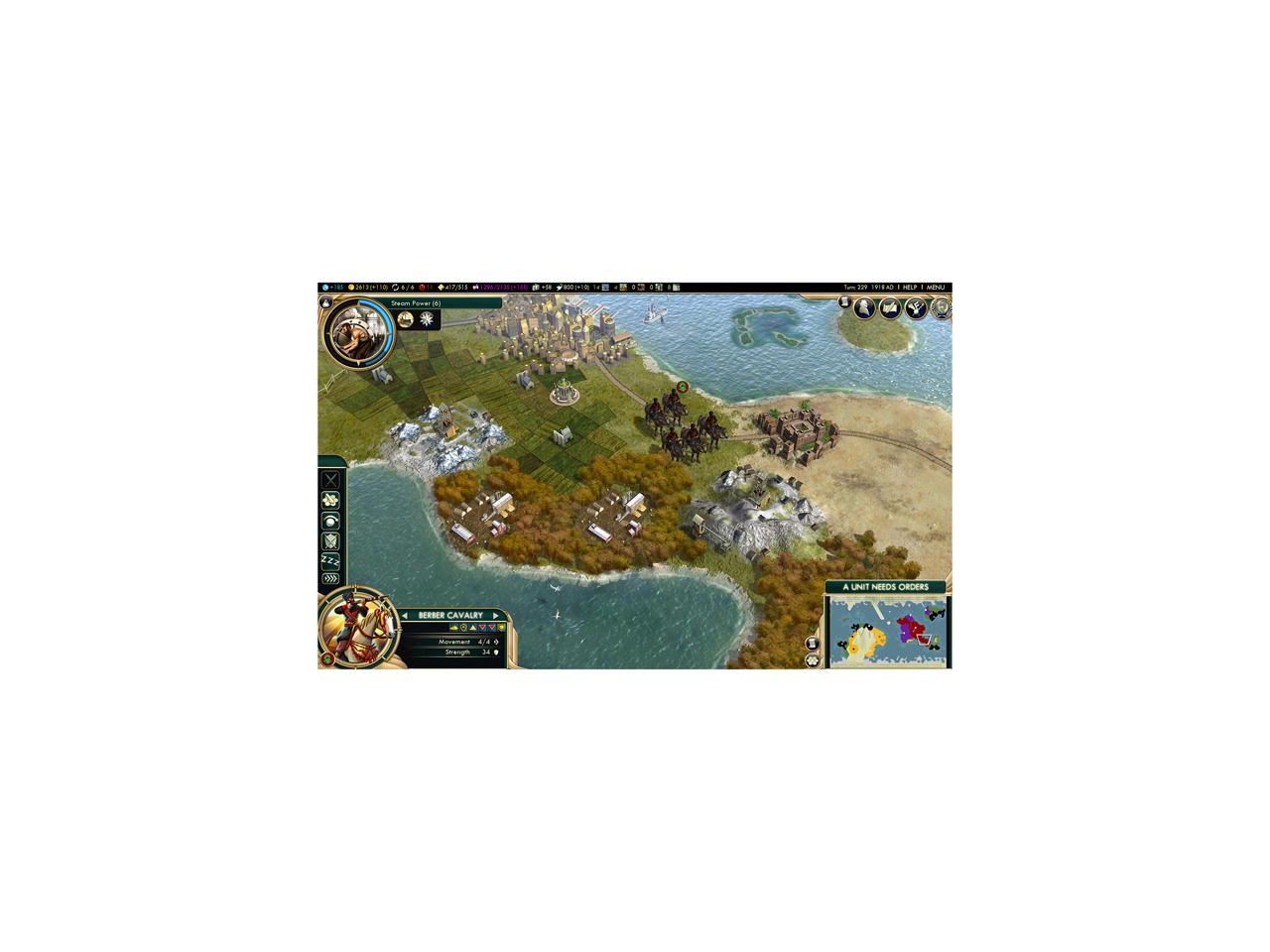 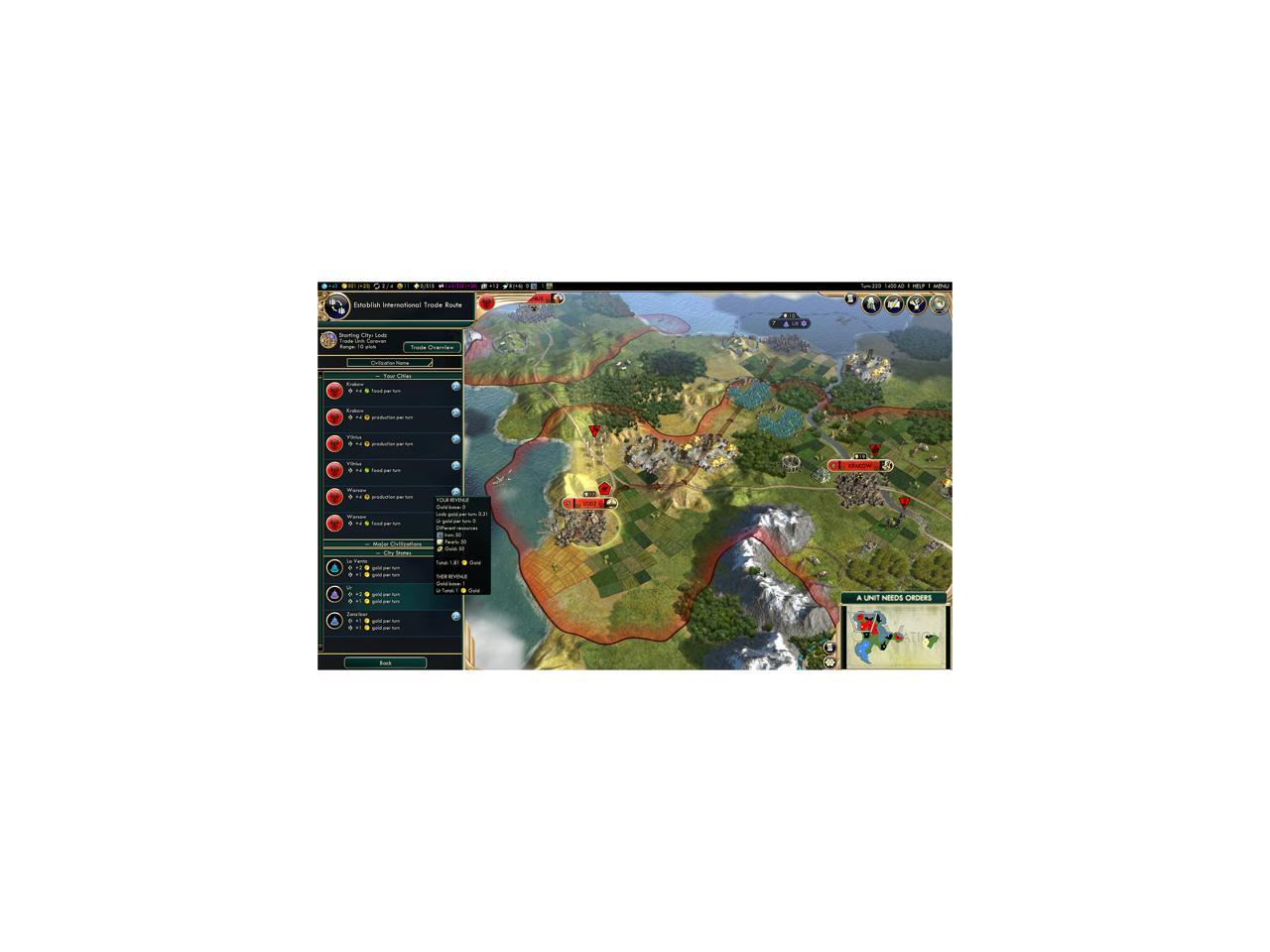 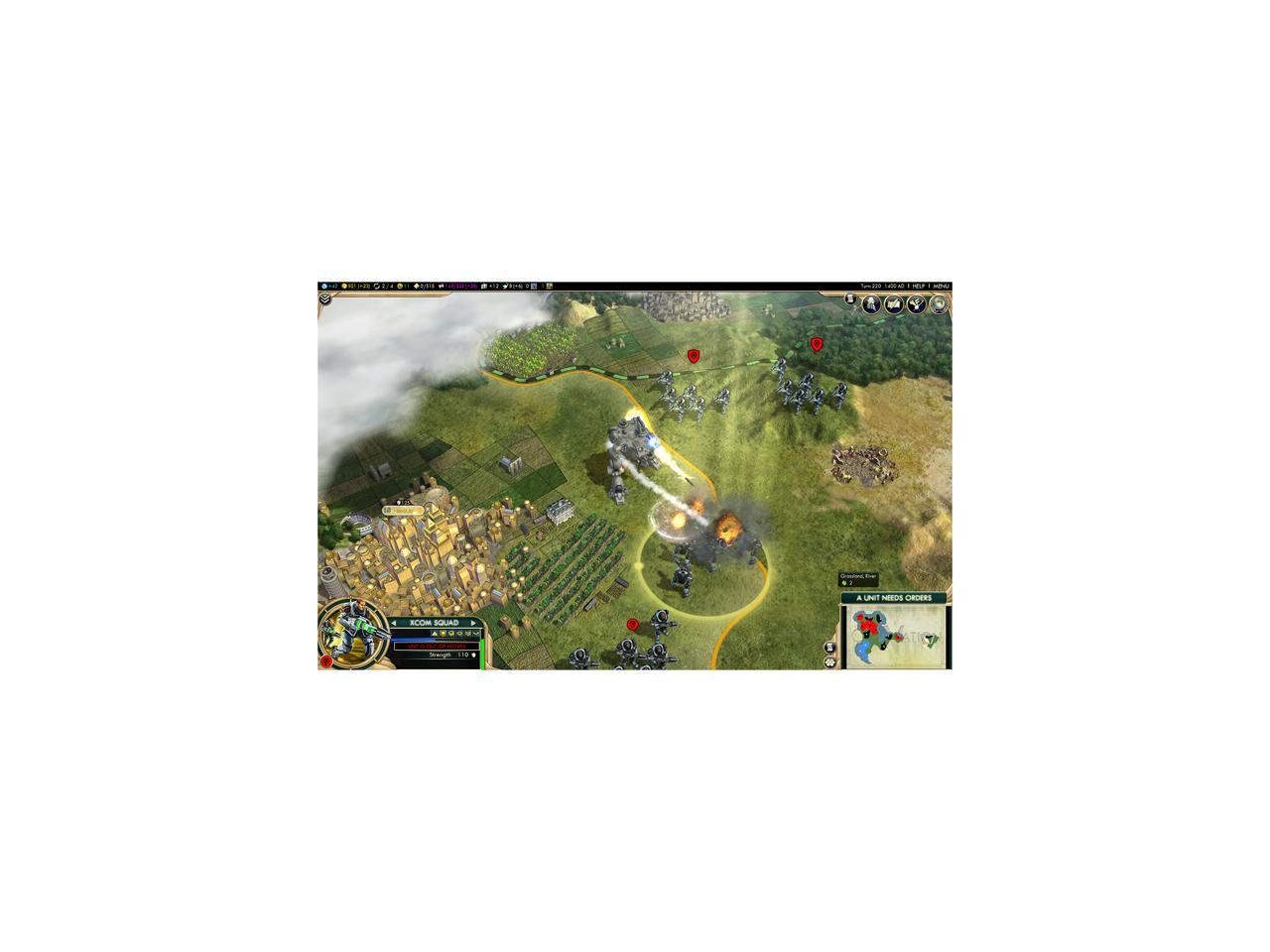 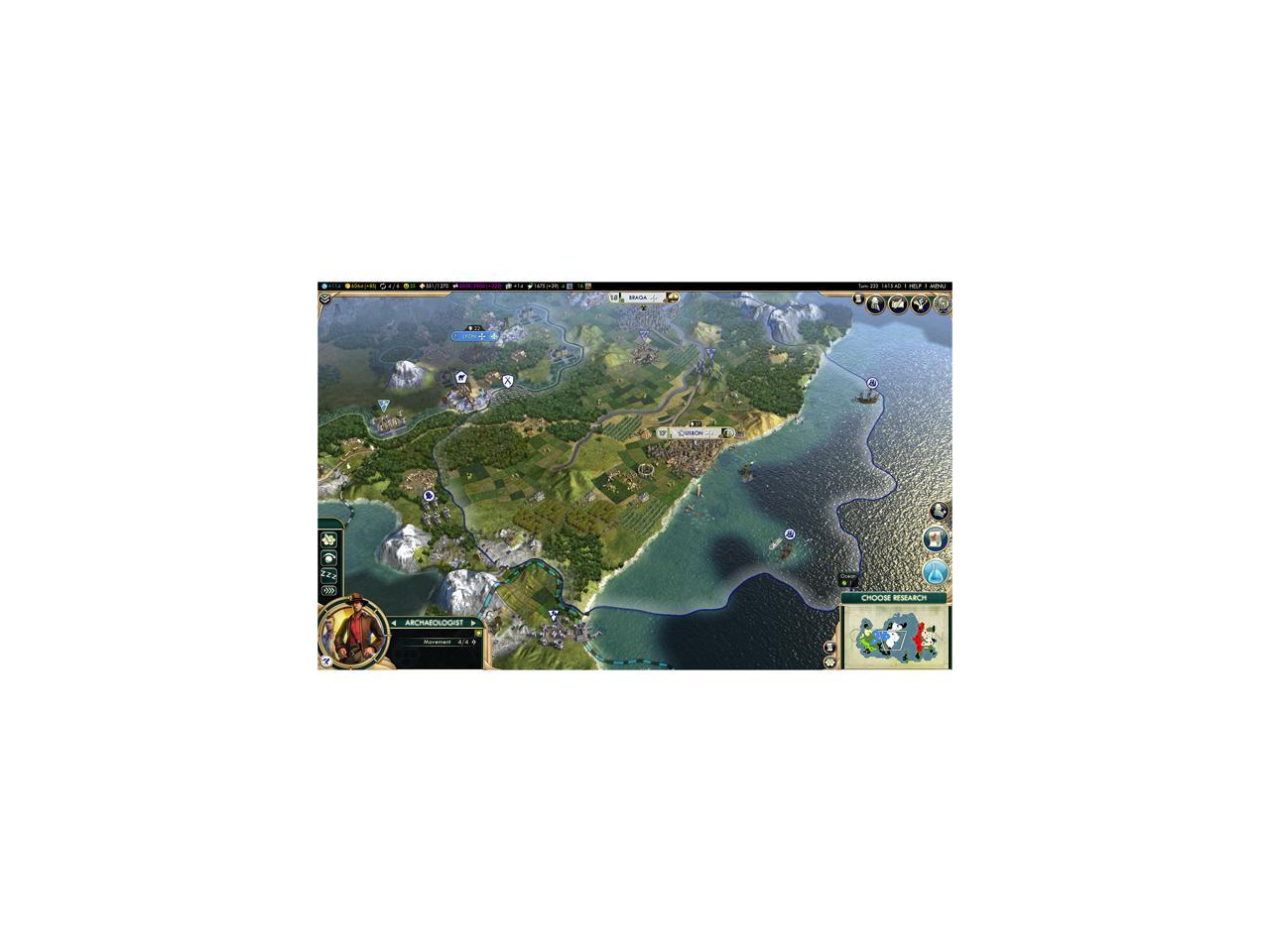 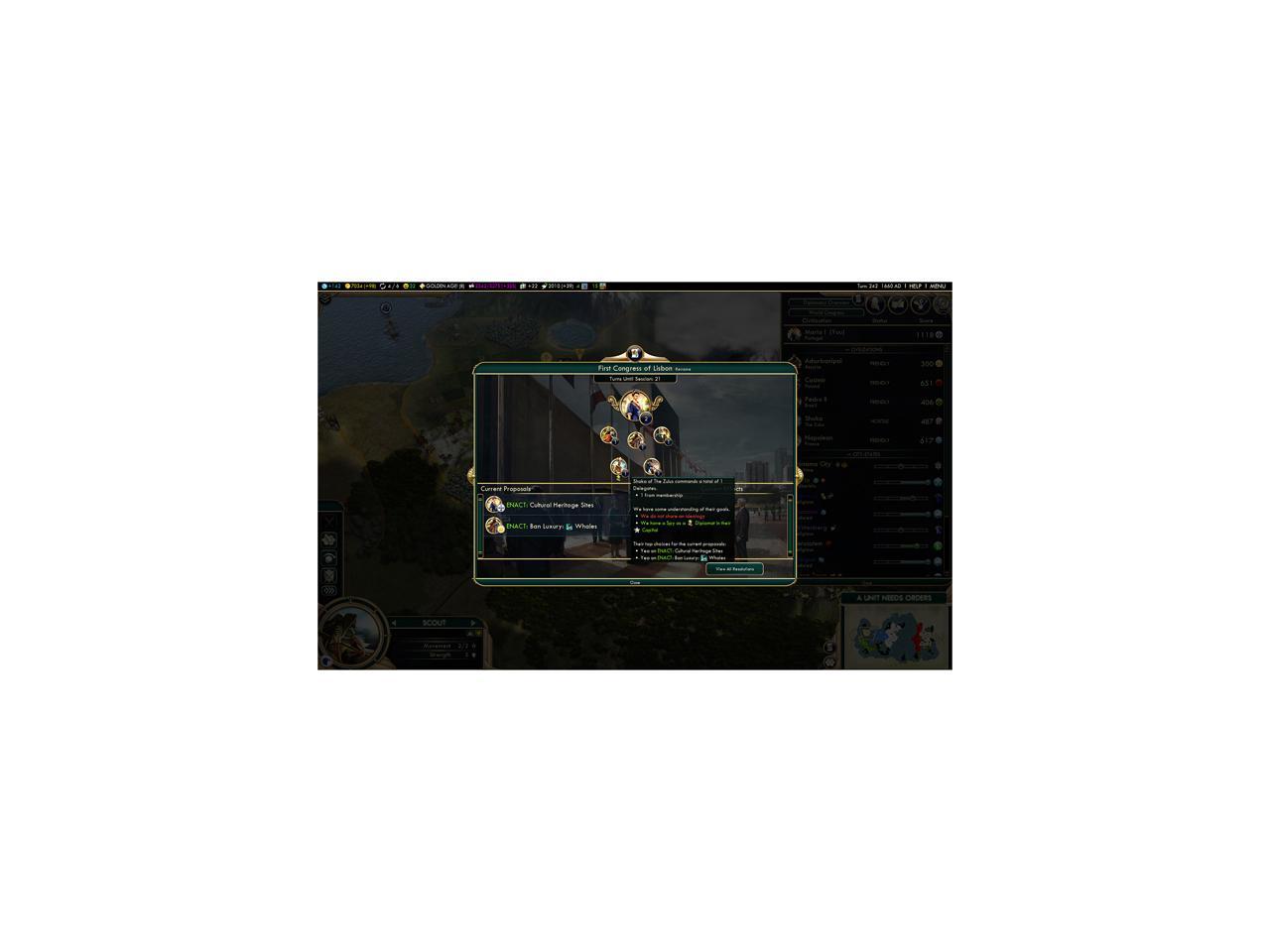 (19) Write a Review
In stock. Limit 5 per customer.
Ships from United States.
The Digital Download Disclaimer applies to this product. Please note that this product is non-returnable and non-refundable.
View Boxed Version
Overview
Specs
Reviews

Sid Meier's Civilization V: Brave New World is the second expansion pack for Civilization V - the critically acclaimed 2010 PC Game of the Year. This new expansion provides enhanced depth and replayability through the introduction of international trade and a focus on culture and diplomacy. Your influence around the world will be impacted by creating Great Works, choosing an ideology for your people and proposing global resolutions in the World Congress. As you move through the ages of history, you will make critical decisions that will impact your relationship with other civilizations.

Pros: Its civilization. Its a great game that simple. My main reason for this post is to clarify the negative review for the website 'hosting' this game. The online game code does not take you to some obscure website, its Steam. Steam, you know, like the biggest online PC gaming website ever, ever. That's all I wanted to say. It is not Jo's online gaming Scam Central, its Steam, and you can play the game offline by setting your status to offline. I think the reviewer just really didn't like the game, which is fine, but please at least give the name of the download site so other purchaser's don't think they are being ripped off by the download location.

Cons: None, I received my game code within a couple of minutes.

Overall Review: 6.00 is a great deal for this game. If you are hesitant about the online game code, don't be Steam is extremely reputable and a great place to buy PC games.

Cons: 1. Prepare to spend all day playing this game because once you get started you don't want to stop.

Overall Review: My girlfriend gives me a hard time for playing this game for such long stretches at a time but even she thinks its a cool premise. Got this on a great sale which I couldn't be happier about

Cons: This is the first game that I have played that requires "taking turns." It was a bit confusing at first, but I warmed up to it after playing the game for a little bit. It takes a commitment to play this game as the turn by turn game-play extends the time it takes to play.

Overall Review: I got this game on sale, which made it worth the investment. Not sure if I would have purchased it at full price.

Cons: Full price right now Took a day to get the code

Pros: -On sale was an absolute steal -Amazing game from an amazing series

Cons: -have to buy expansions to get caught up with everyone else, but at the low price of the base game its not so bad

Pros: It works and was very cheap!

Pros: It adds things back to Civ V that should have been there in the first place: trade routes, great works, the world congress... etc. These features were all in Civ IV and conspicuously absent in Civ V.

Cons: They're basically charging $30 for features that were in Civ IV, that 2K probably made Firaxis remove so they could sell it as "DLC" later. FYI, it also fixes some bugs in Vanilla and G&K (for some reason, the "G-word" trips Newegg's wordfilter) that will not be fixed without the expansion, so you're essentially throwing money at them to add back cut content and bug fixes.

Overall Review: I had to get this because friends of mine were playing with the expansion pack. Newegg had it on sale for a price that wasn't highway robbery (it was 60% or so off for a while) versus what it is everywhere else. I love Civ V, but this "expansion pack" is probably only worth five dollars, all things considered. You're basically paying thirty greenbacks for trade routes, the world congress, some social policy expansion and a handful of copy-pasted world leaders. My advice? Wait 'till it's about ten bucks again or less.