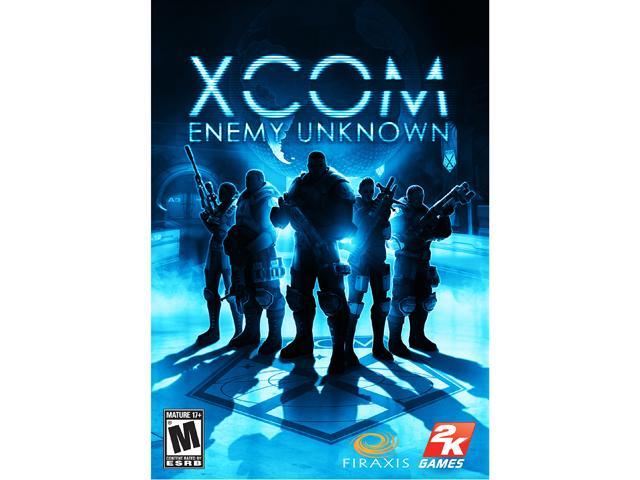 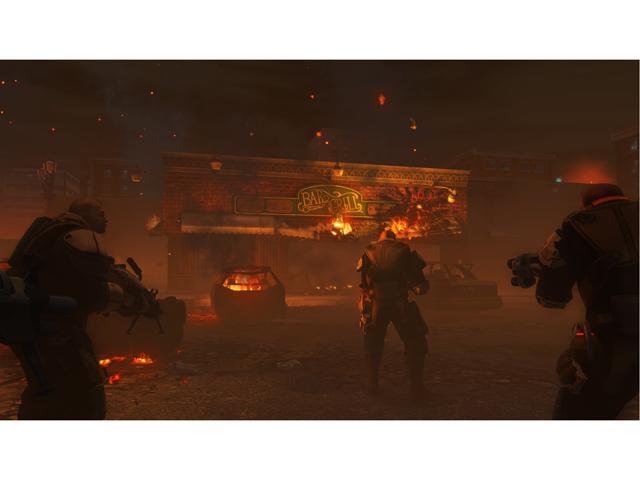 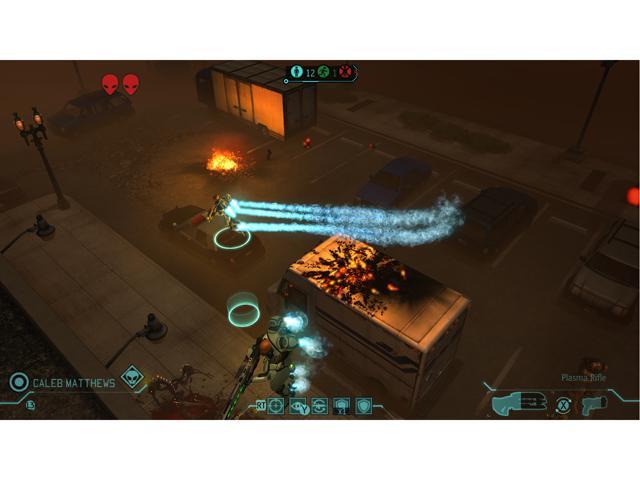 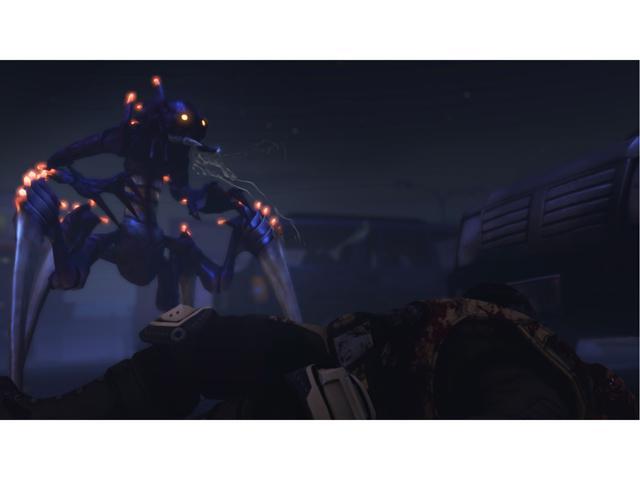 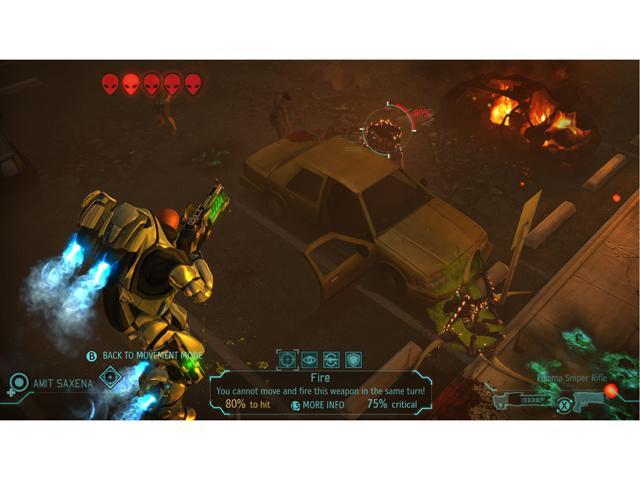 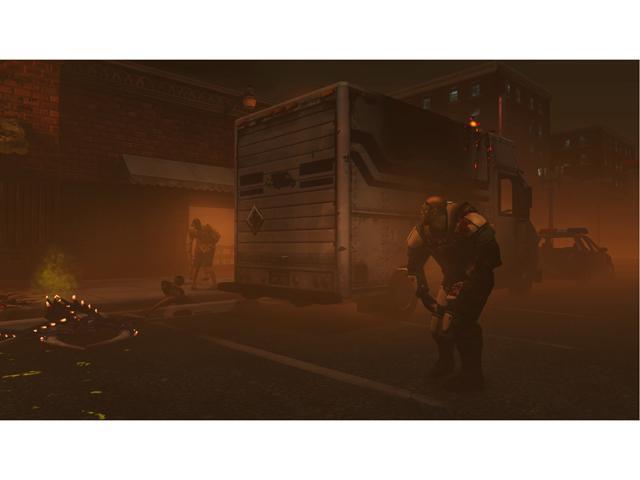 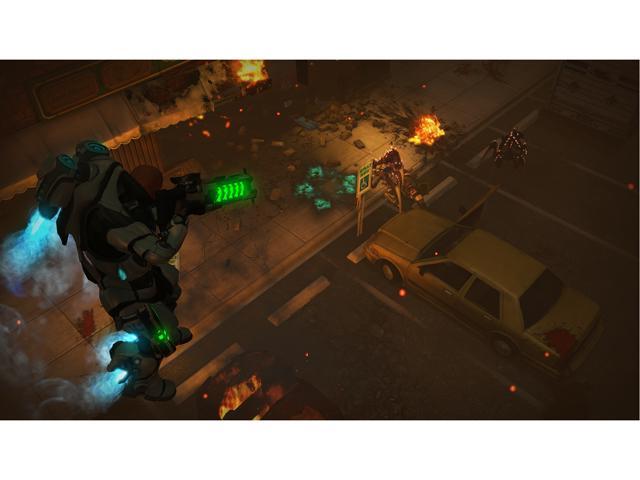 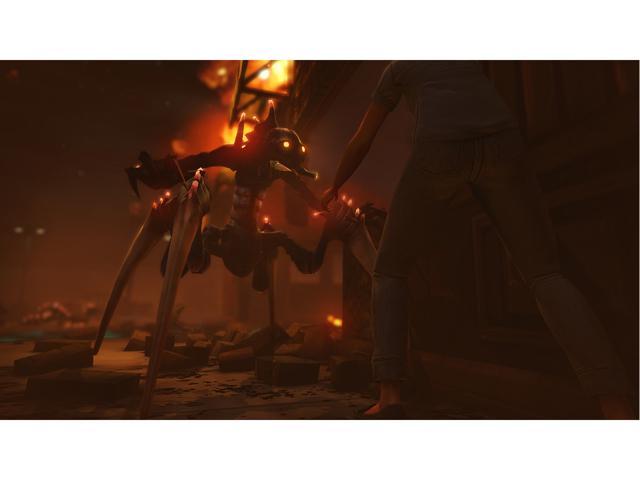 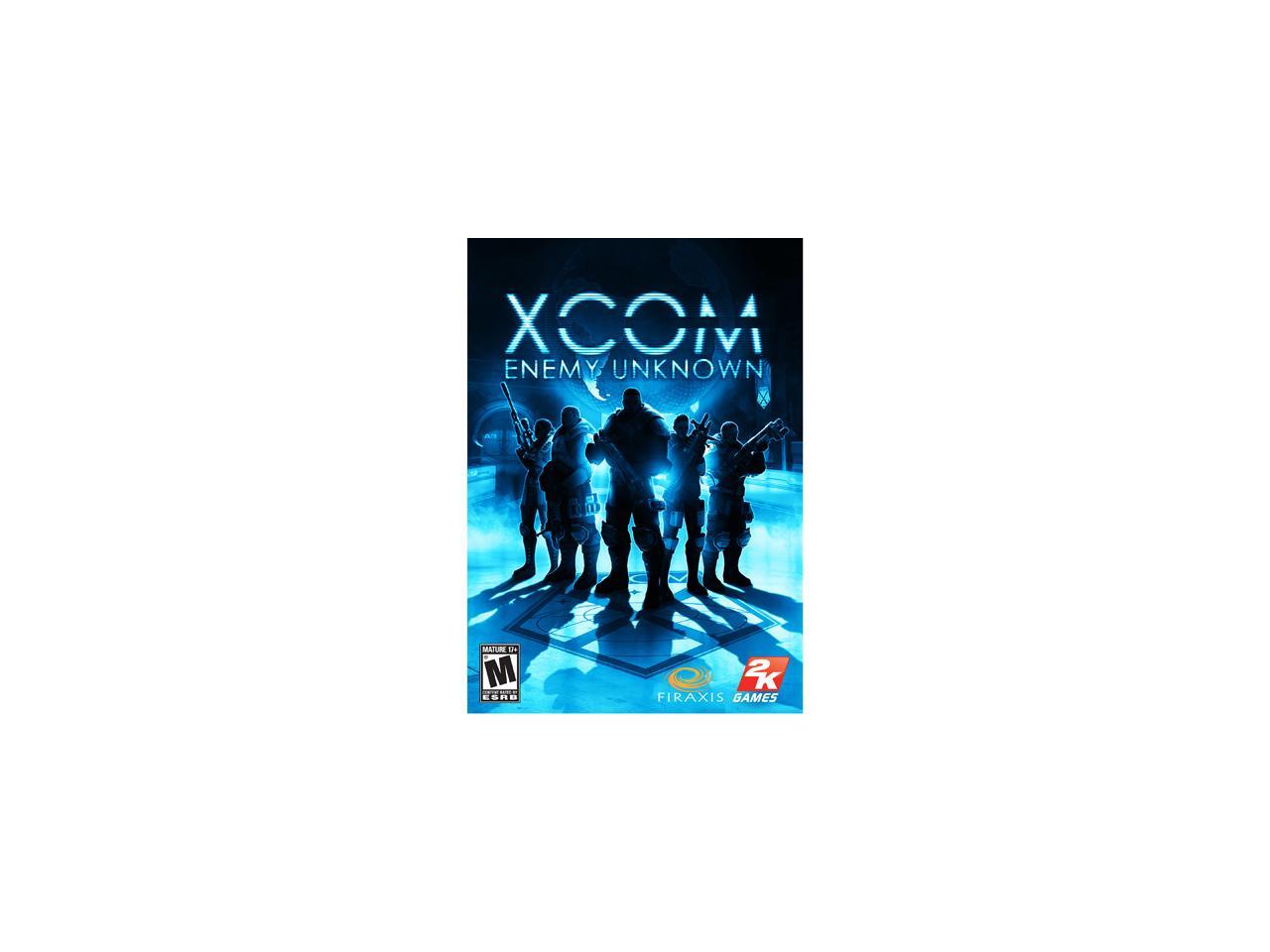 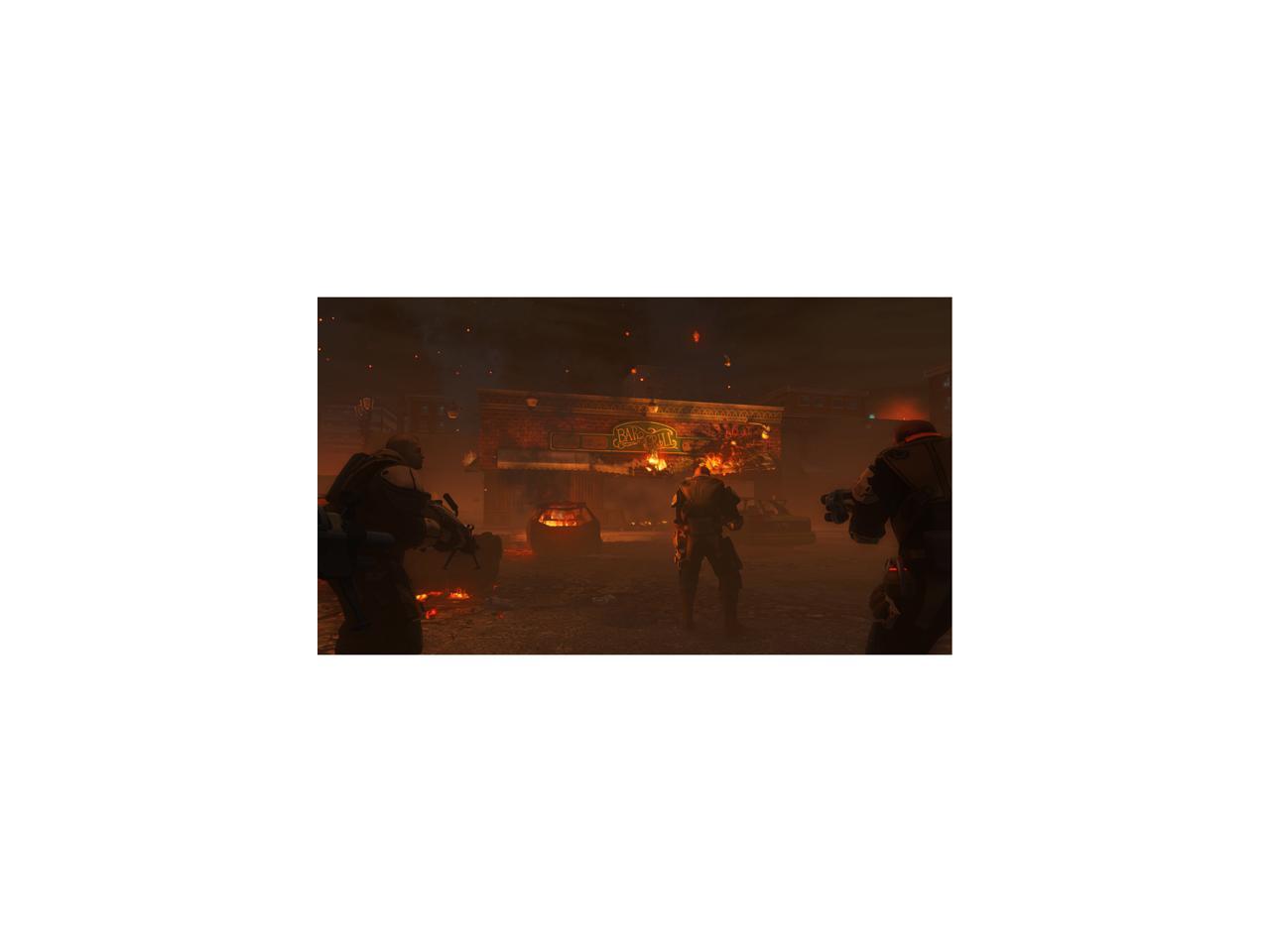 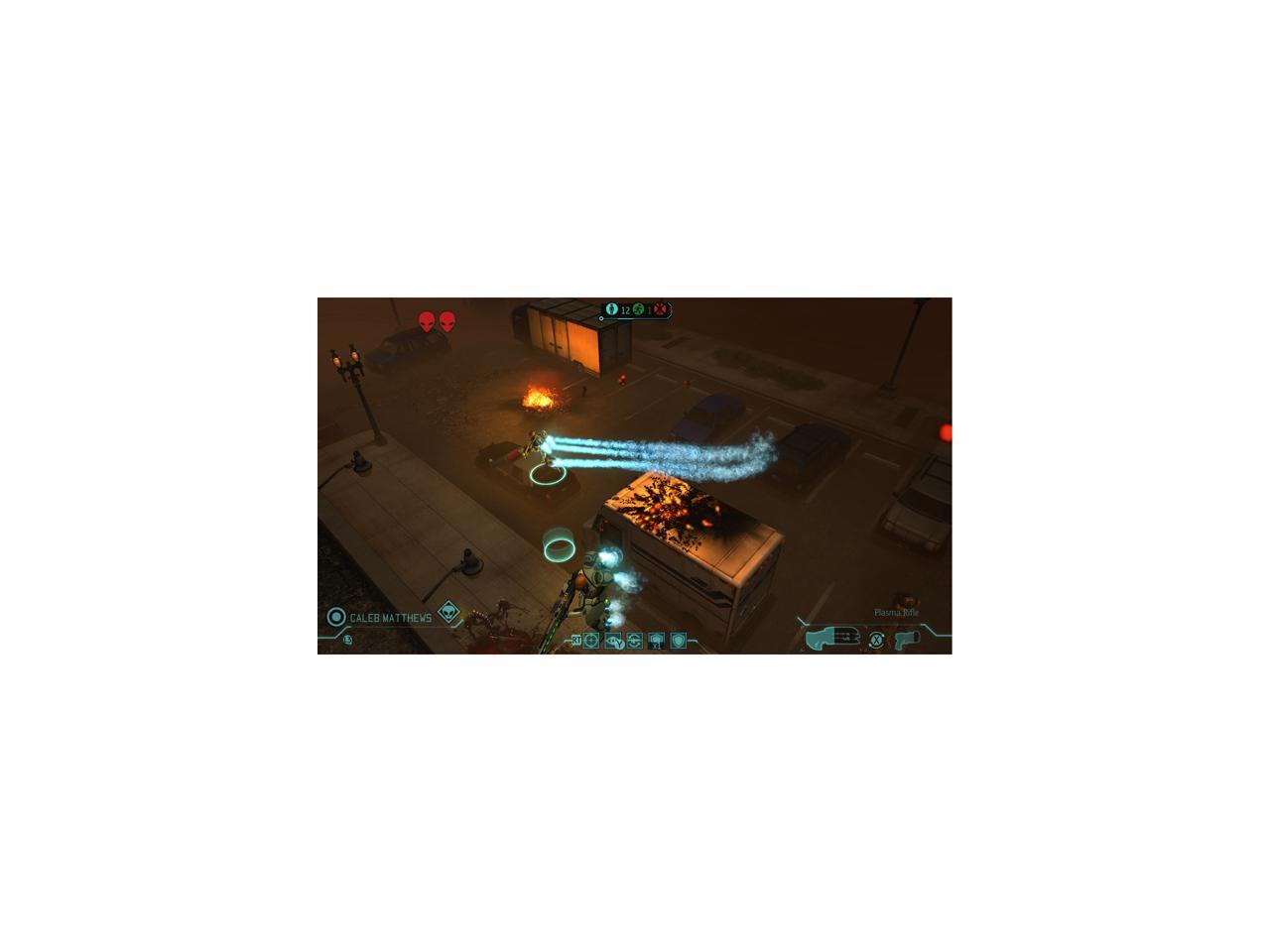 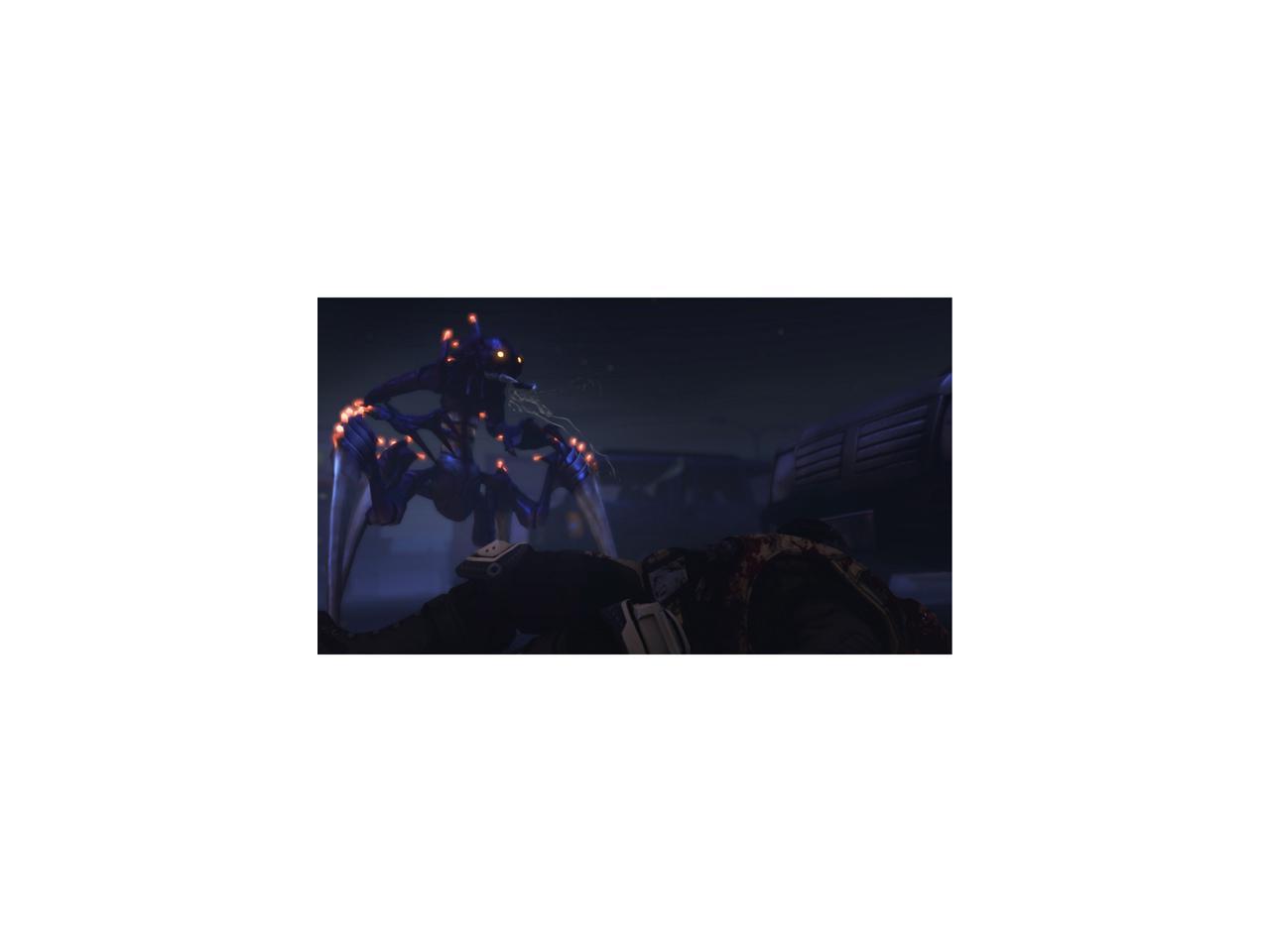 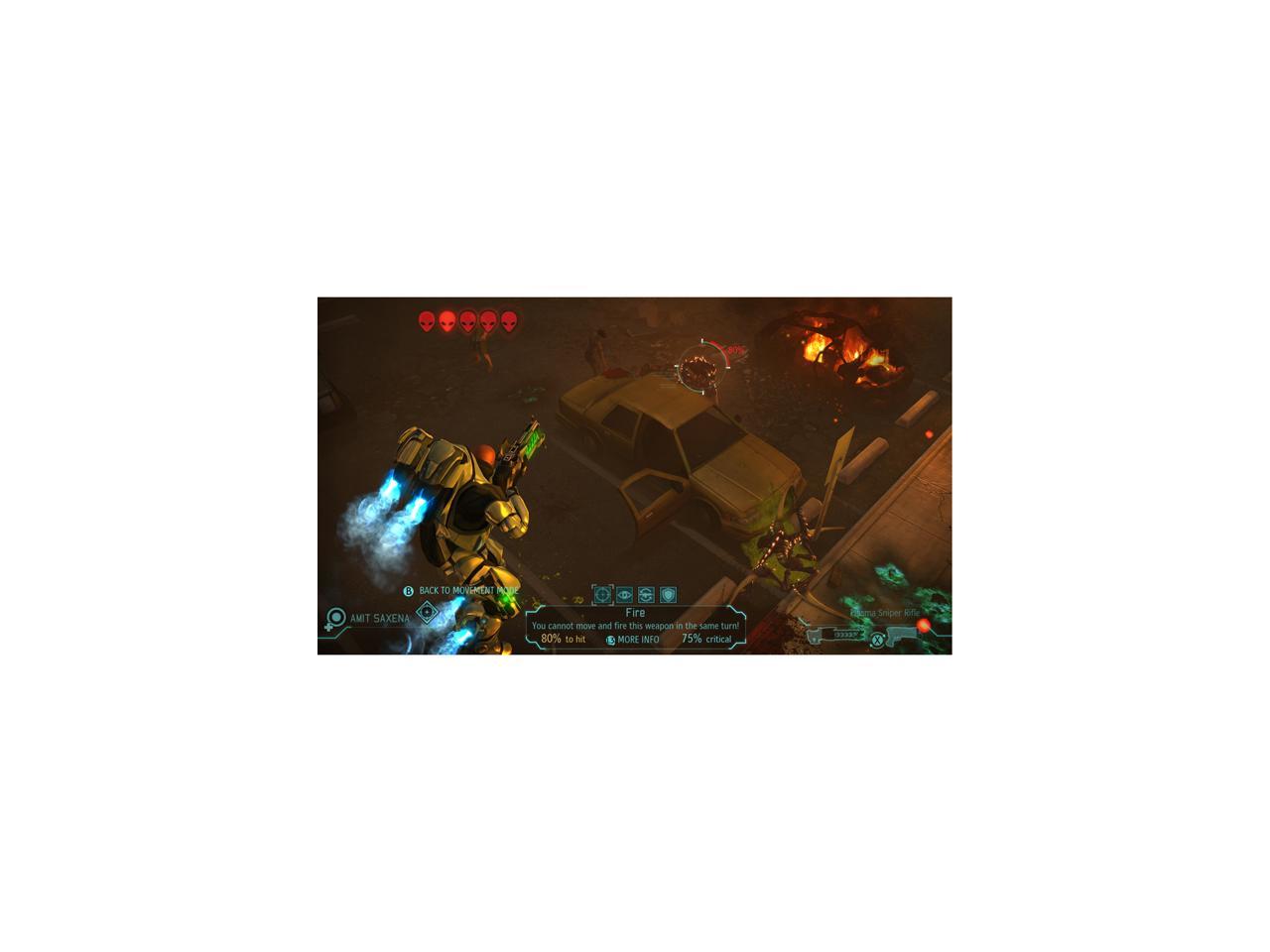 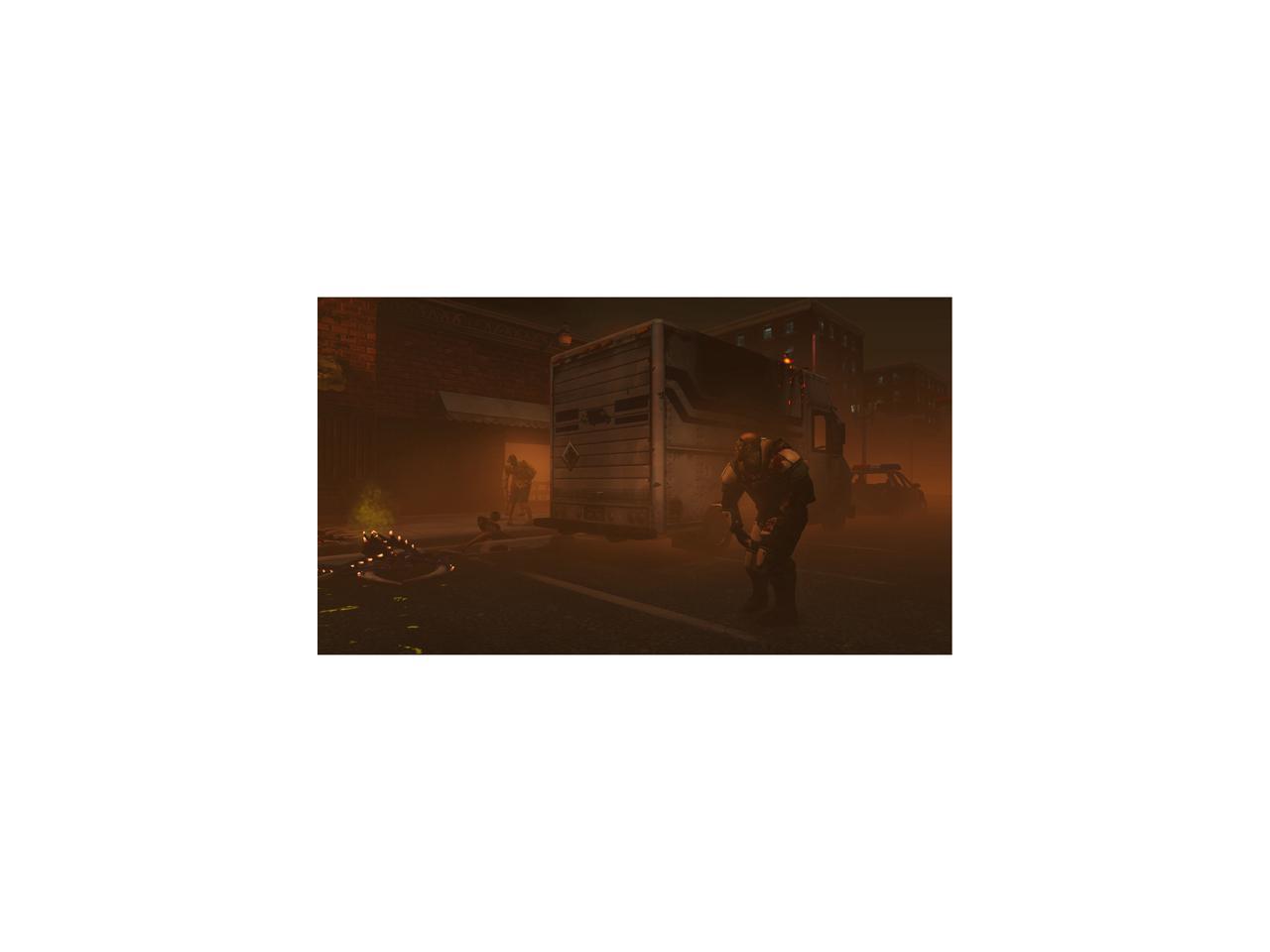 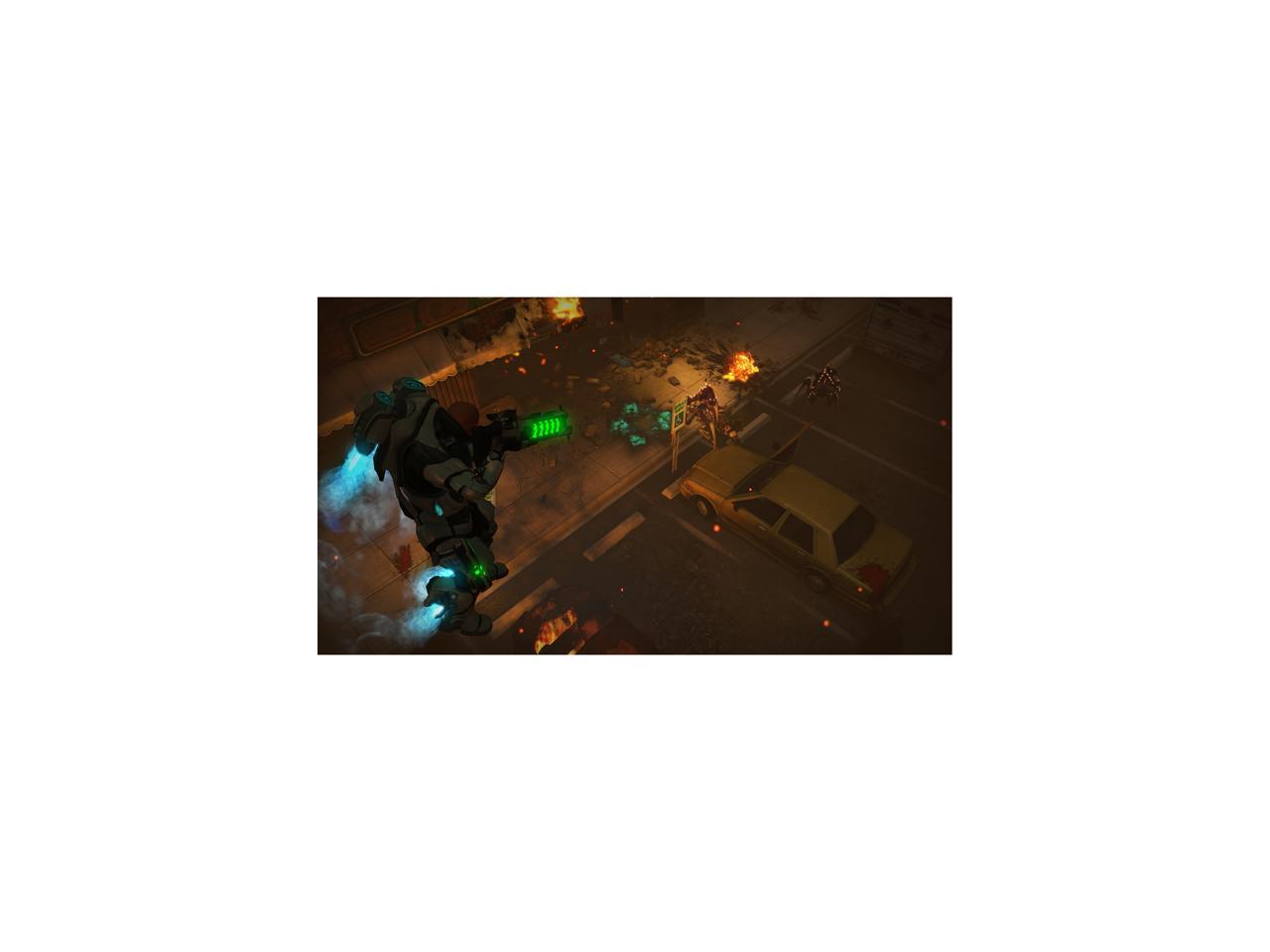 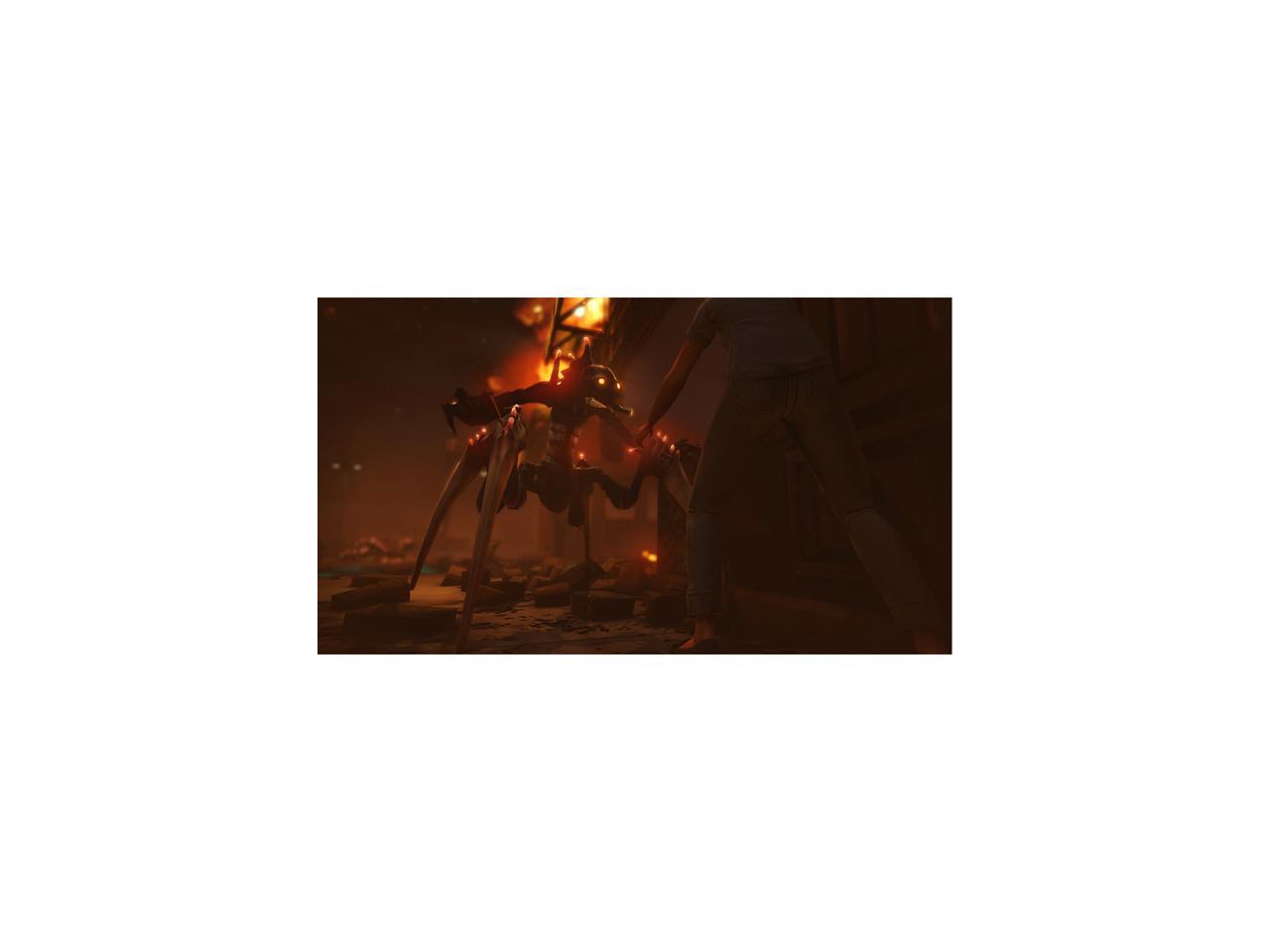 (8) Write a Review
In stock. Limit 5 per customer.
Ships from United States.
The Digital Download Disclaimer applies to this product. Please note that this product is non-returnable and non-refundable.
Overview
Specs
Reviews From the award-winning creators of Civilization comes an action-strategy game about civilization's last stand. Threatened by an unknown enemy, the Earth's governments unite to form an elite paramilitary organization, known as XCOM, to combat this extraterrestrial attack. As the commander of XCOM, you control the global defense team in a battle against a terrifying alien invasion by creating a fully operational base, researching alien technologies, planning combat missions, and controlling soldier movement in battle.

Other Requirements & Supports:
Initial installation requires one-time internet connection for Steam authentication; software installations required (included with the game) include Steam Client, Visual C++ 2008 Redistributable, DirectX and Microsoft .NET 4
XCOM Enemy Unknown Legal Statement
© 1994-2012 Take-Two Interactive Software, Inc. Take-Two Interactive Software, Inc., 2K, 2K Games, Firaxis Games, XCOM, and XCOM: Enemy Unknown, and their respective logos are trademarks of Take-Two Interactive Software, Inc. The ratings icon is a trademark of the Entertainment Software Association. Unreal® is a registered trademark of Epic Games, Inc. Unreal® Engine, Copyright 1998-2012, Epic Games, Inc. Uses Bink Video Technology. Copyright © 1997-2012 by RAD Game Tools, Inc. This software product includes Autodesk® Scaleform® software, © 2012 Autodesk, Inc. Autodesk, and Scaleform are registered trademarks or trademarks of Autodesk, Inc., and/or its subsidiaries and/or affiliates in the USA and/or other countries. © 2012 NVIDIA Corporation. All rights reserved. NVIDIA, the NVIDIA logo, PhysX, The way it's meant to be played, and 3D Vision are trademarks or registered trademarks of NVIDIA Corporation in the U.S. and other countries. All rights reserved. Dolby and the double-D symbol are trademarks of Dolby Laboratories. DTS and the DTS Symbol are registered trademarks of DTS, Inc. and DTS Digital Surround is a trademark of DTS, Inc. All other marks are property of their respective owners. The content of this videogame is fictional and is not intended to represent or depict an actual record of the events, persons, locations, or entities in the game's setting. The makers and publishers of this videogame do not in any way endorse, condone or encourage engaging in any conduct depicted in this videogame.

Pros: -The game itself is great! -I snagged it for under $14 -Steam actually accepted my code

Cons: None. I see the game is once again $39.99. If I had not ran across the game on sale, I would have eventually paid the full price for it.

Pros: Amazing game-play Modability Nice graphics and style Overall its a nice mix of tactical strategy and base building requiring you to make difficult choices often.

Cons: Has many bugs. Not enough to effect playability but enough to wear I've been put into a jam.

Overall Review: Also if you like this game I hear the recent expansion adds a whole lot to the game. I plan to pick up the expansion myself at a later date.

Pros: Fun! Great graphics! So many options to choose from. Stable game. It hasnt crashed on me and Im using win7 pro x64 bit OS. I love everything about this game and Im so happy they brought it back. You dont need a super computer to play this game. The suspense playing this game is what really makes it fun for me. Fast saves and reloads.

Cons: Id like to see 10 times the options just more of everything. Maybe an expansion pack?

Overall Review: This was the first game released for the Playstation 1. I spent so many hours playing it back then, I remember brushed the cigerette ashes off my stomach becuase i was so involved playing the game i forgot to smoke hehe Im a big fan. Thanks again for bringing it back you did a great job!

Pros: I missed a few of the features from the original, but overall this is as much fun as I expected.

Cons: A few small bugs, but nothing critical.

Pros: Love the game during the first play through but now the second play through (on harder difficulty) I noticed some bugs (discussed in cons) A solid Strategy RPG. RPG not only on your units (solders) but also able to upgrade base, armor, weapons, and aircraft with in game money earned by how well you do in missions and how you organize you economy. Enough challenges to make you re-thing and most likely restart some missions.

Cons: The multiplayer does not have a coop or comp stomp option. Also in my second play through I selected my starting country to be Africa so I could get a 30% increase in funds from countries and my game crashed. I uninstalled and reinstalled the game but it still crashes when I select Africa as my starting country. So far Britain and US starting countries work fine.

Overall Review: Needs more updates. After I am done with my second play through I don't see myself playing this ever again. They need more options in multiplayer and new campaign additions. I have already picked up the DLCs for this game.

Pros: new graphics of course pretty cheap and one of my favorite old games back from the dead.

Cons: still fun but just not as fun as the original where you could build multiple bases have a gazillion dollars if you wanted to spend the time. the architecture of the game was just more open to do whatever you wanted when you wanted.

Overall Review: you can have multiple redundant soldiers i have like 60 or so but you can only take 5 per mission but honestly the way they did it is pretty cool you dont need any more. you can bring all snipers or all heavys up to you. only one base blows i think would be ok with 3-4 because if you screw up on construction and need to remove you are hosed in this game. i used to play the original as a teenager in 90's and would always get a craving to play a game every few years so i hope this is not perfect but maybe it will sell decent and they will commit more money to a series. so if you are a fan and want to see this game continue support xcom and buy it come on it only like 40 bucks folks i played took my time for about a month enjoying it and still have not finished it yet. amazing how much less time kids take away from game time lol. SUPPORT XCOM buy it. now one of you developers make a new master of orion and i will never be heard from again lol

Pros: I can't thin of any pro's. This game is terrible. Chewing on a rock would be a better idea than playing this game.

Cons: Imagine an FPS installed on a checkerboard and you get XCOM. The game dynamics aren't dynamic at all.

Overall Review: I bought this game for 4.99 through a NewEgg Promo. Total waste of money. I would even let NewEgg give me 4.99 back to play it. In other thoughts, NewEgg sent the product code and transaction was as smooth as butter, this is nothing bad on NewEggs part. It's just a bad game.

0 out of 10 people found this review helpful. Did you?