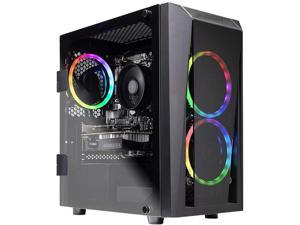 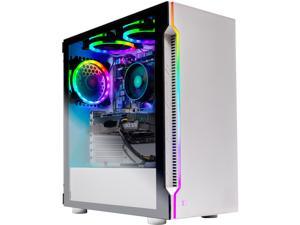 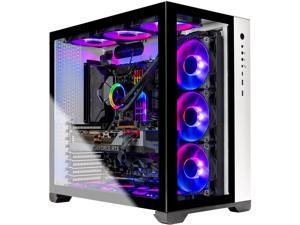 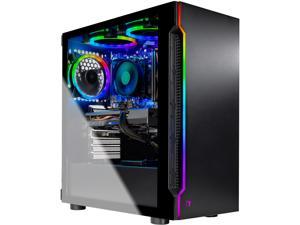 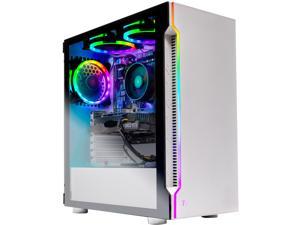 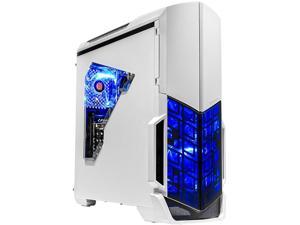 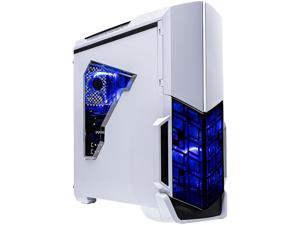 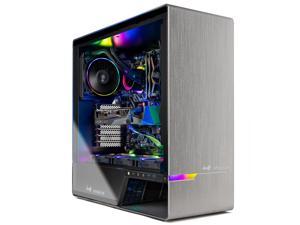 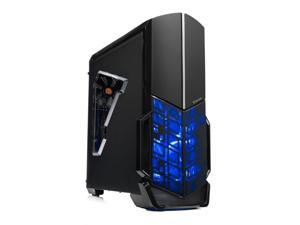 SkyTech® gaming desktops are popular among gamers for their upgradeable capacity and their superior build quality, which supports the latest power-intensive Intel® Core and Ryzen® gaming processors. Critical factors for choosing the right gaming desktop include the type and number of games, portability, the computer’s other intended uses and its general performance.

SkyTech’s all-in-one computers provide a low barrier to PC gaming for new enthusiasts, letting you enjoy the convenience of a gaming monitor and personal computer in a single package. Most all-in-one gaming desktops boast a conventional design that delivers a cleaner setup for the minimalist user. An ultrawide screen delivers a higher resolution and broader angle of view for a more immersive gaming experience. The all-in-one SkyTech gaming desktop boasts ample connectivity ports for gaming input devices and accessories, such as SD card readers and gaming keyboards.

The SkyTech gaming computer desktop is relatively faster than a traditional HDD, delivering superior graphics and the high response rate for creating content and multitasking. Most SkyTech gaming desktops boast a transparent edge-to-edge design that reveals the machine’s inner components and a clean build. The gaming computer desktop includes 16GB DDR RAM so you can switch between programs with minimal lagging and freezing. The ultrafast 1TB solid-state storage (SSD) ensures your desktop shuts down and powers up in seconds, and your games also launch instantly.