Purchases from these Sellers are generally covered under our Newegg Marketplace Guarantee.
188 Ratings (95% Positive)
Shipped by Newegg
Sold by: 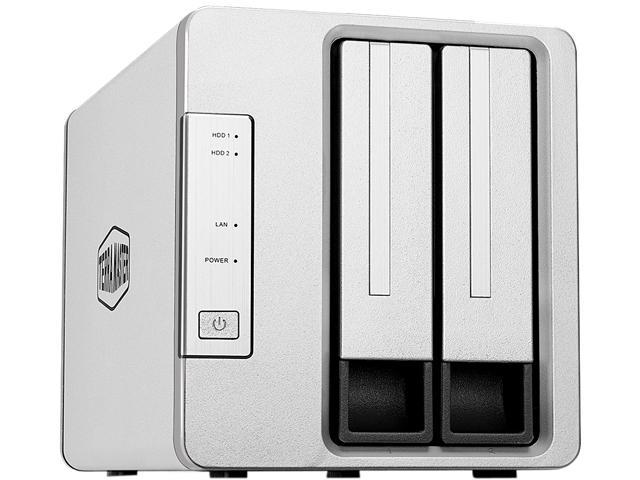 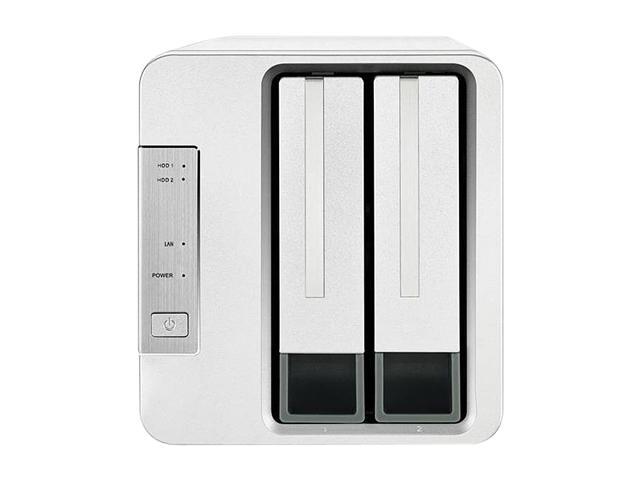 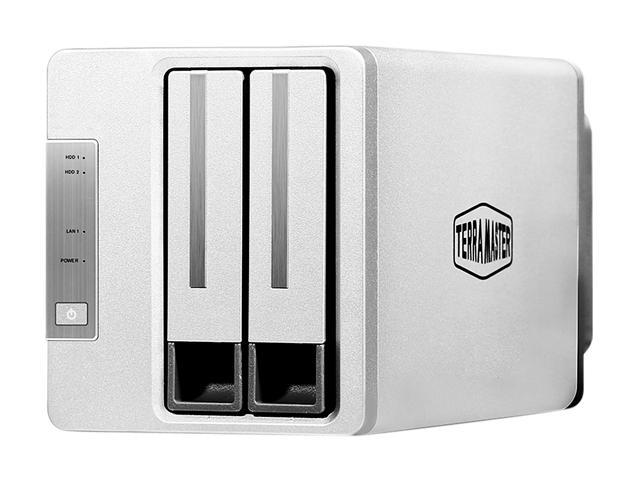 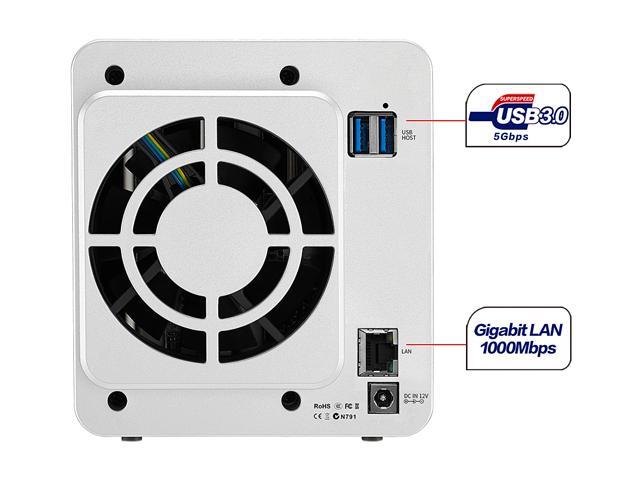 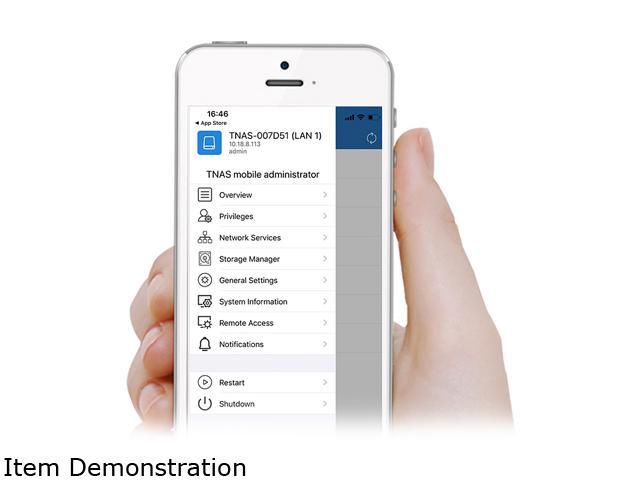 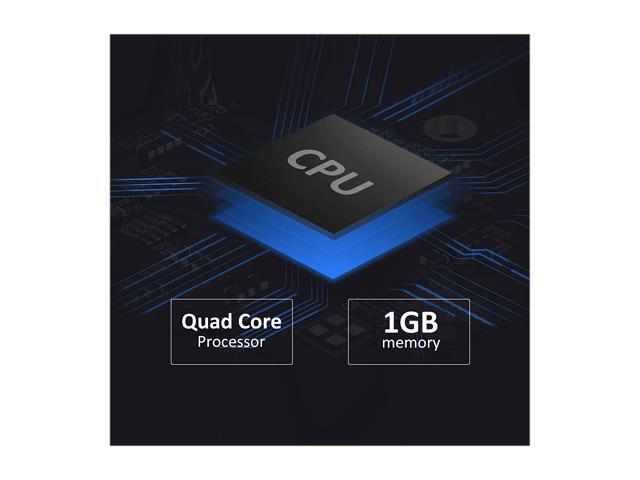 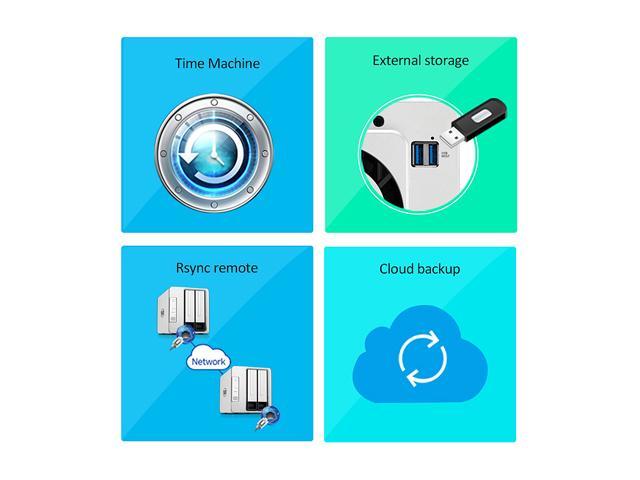 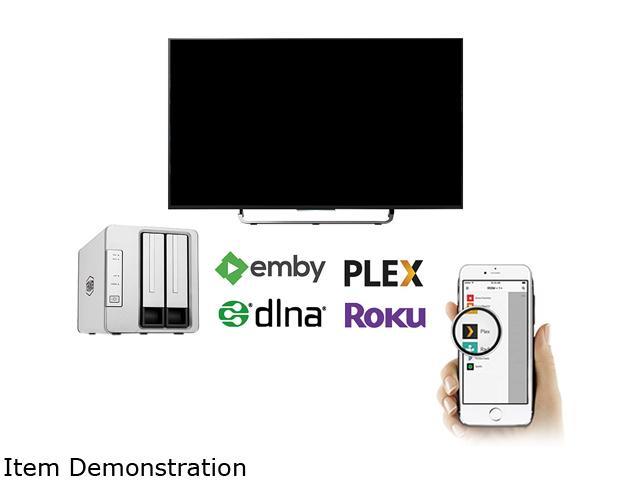 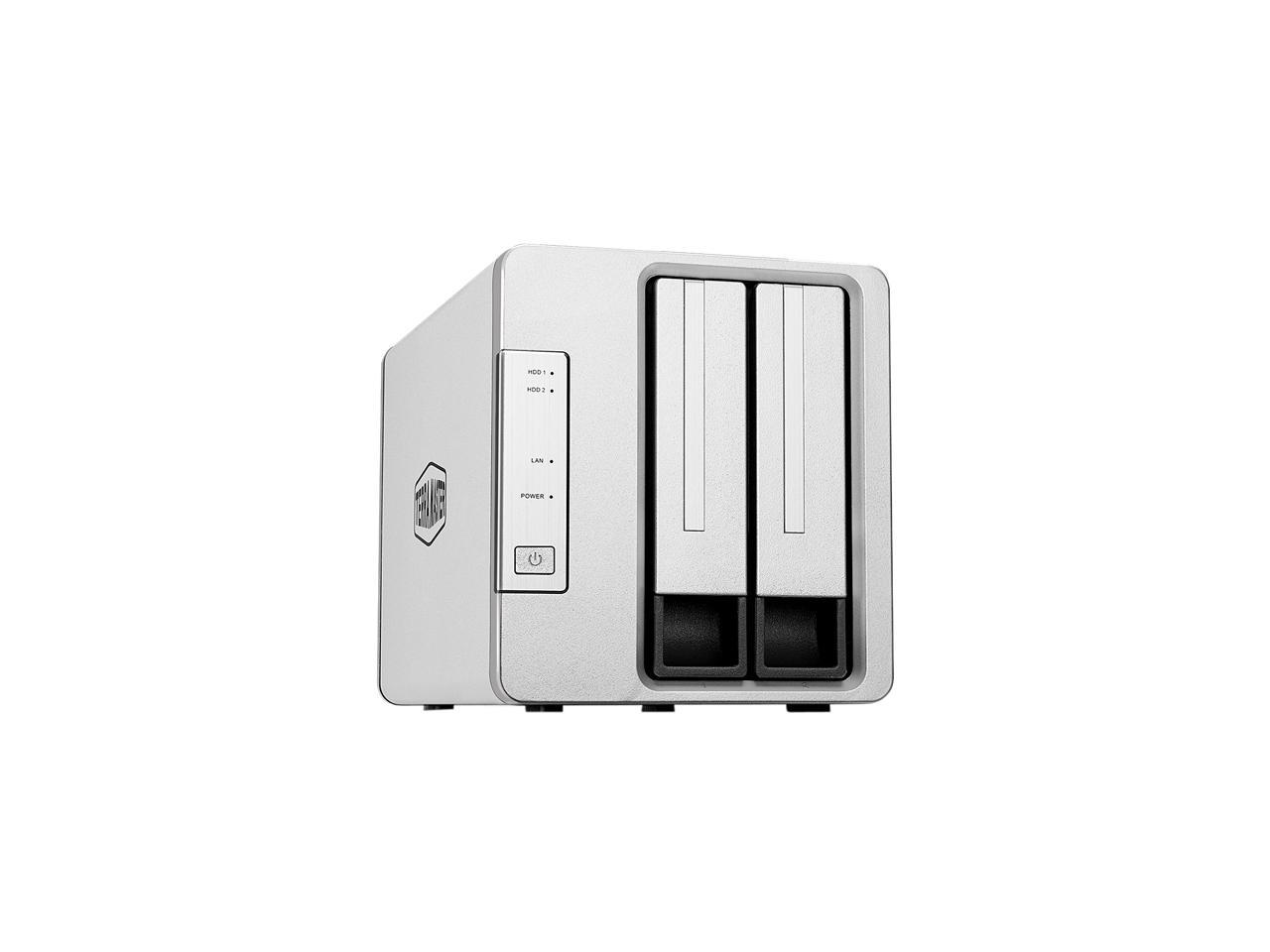 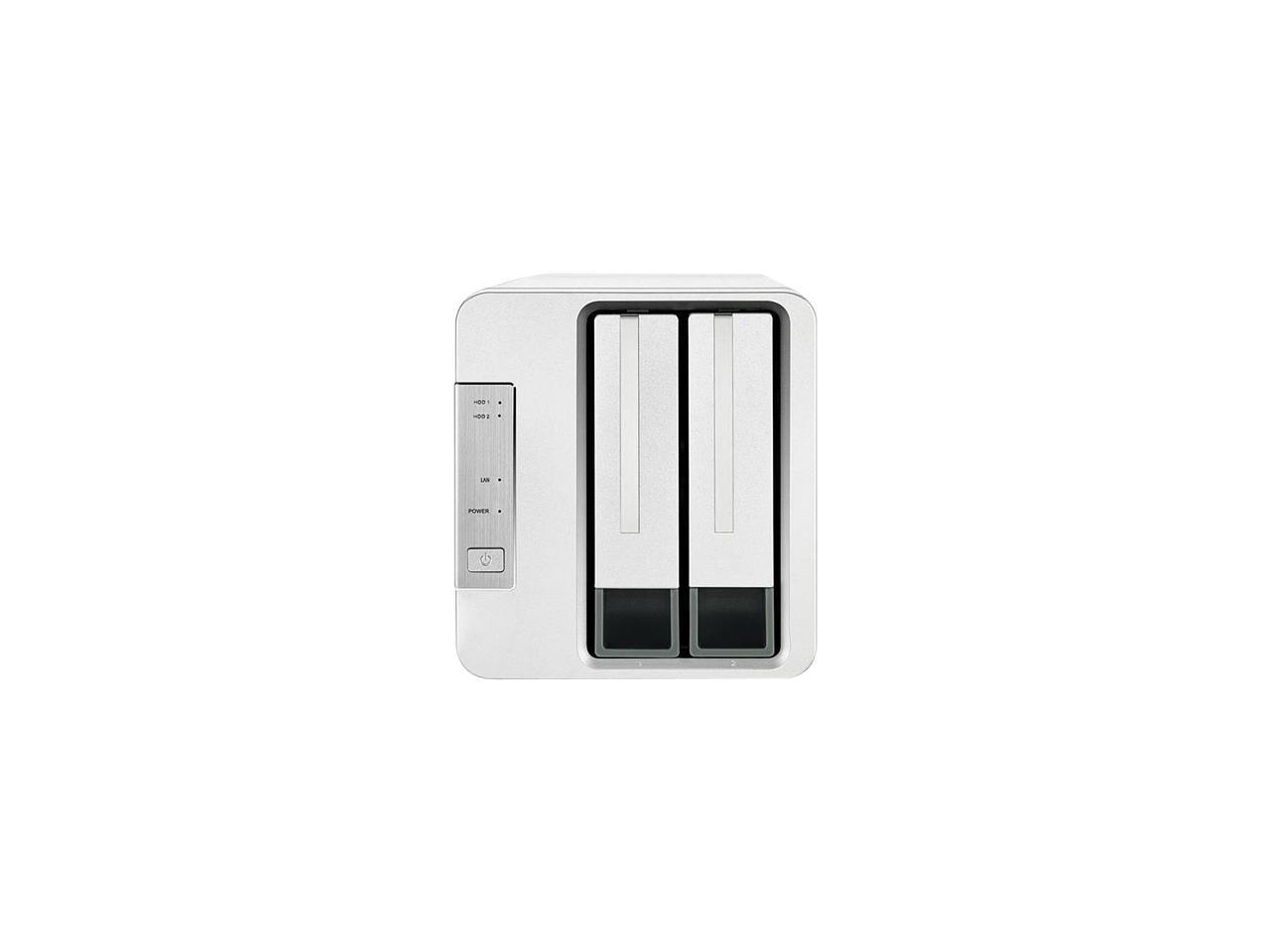 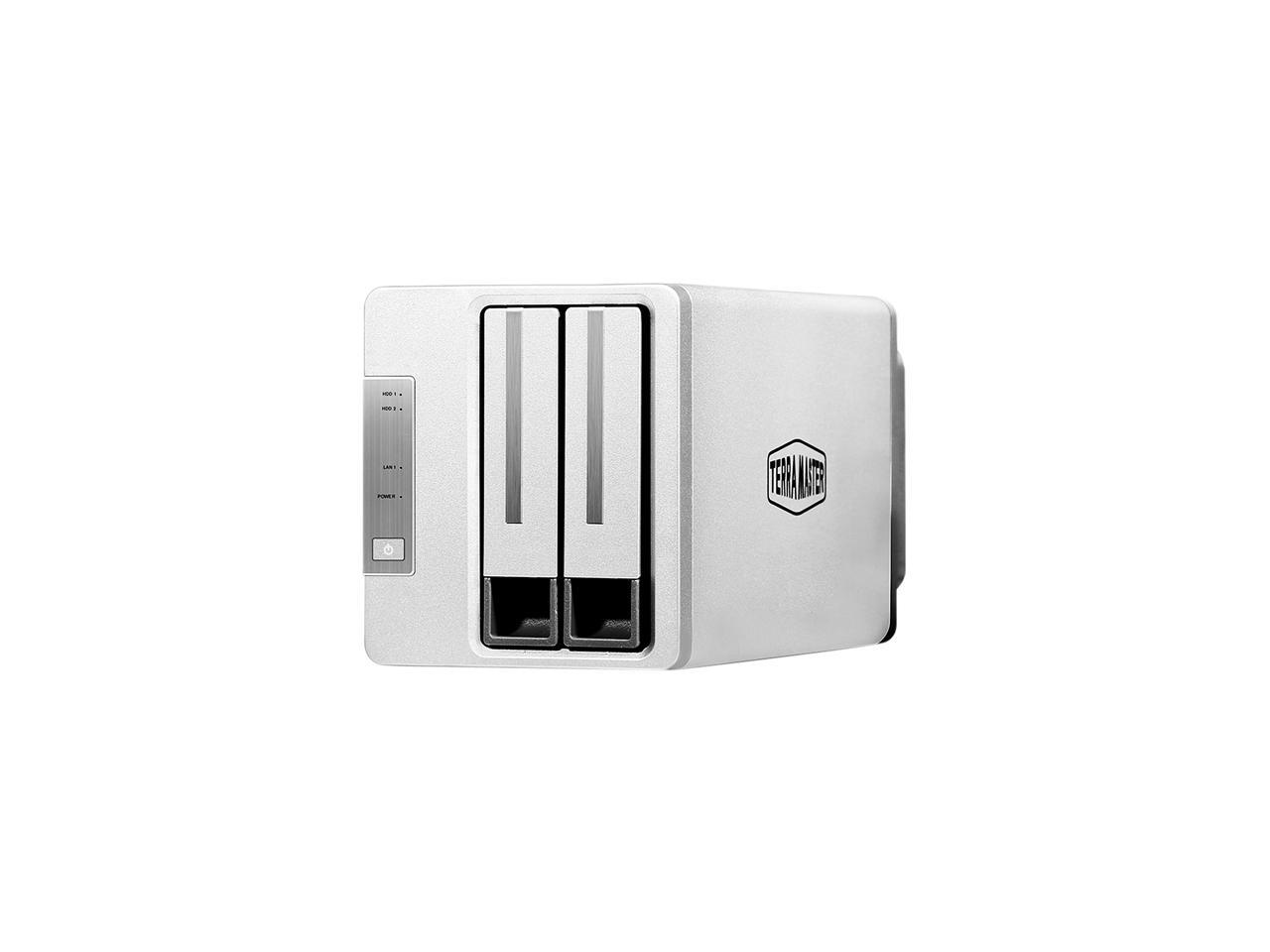 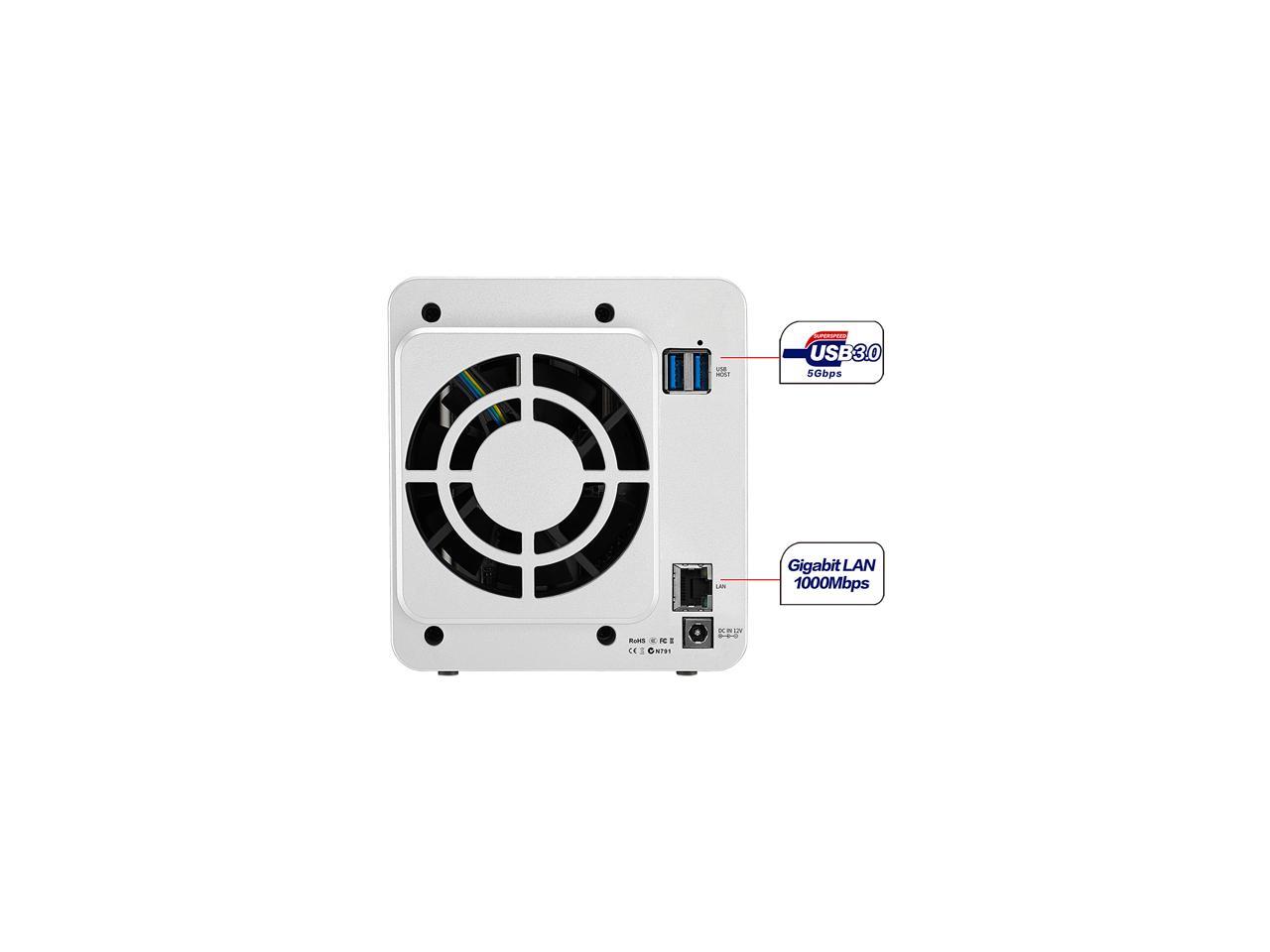 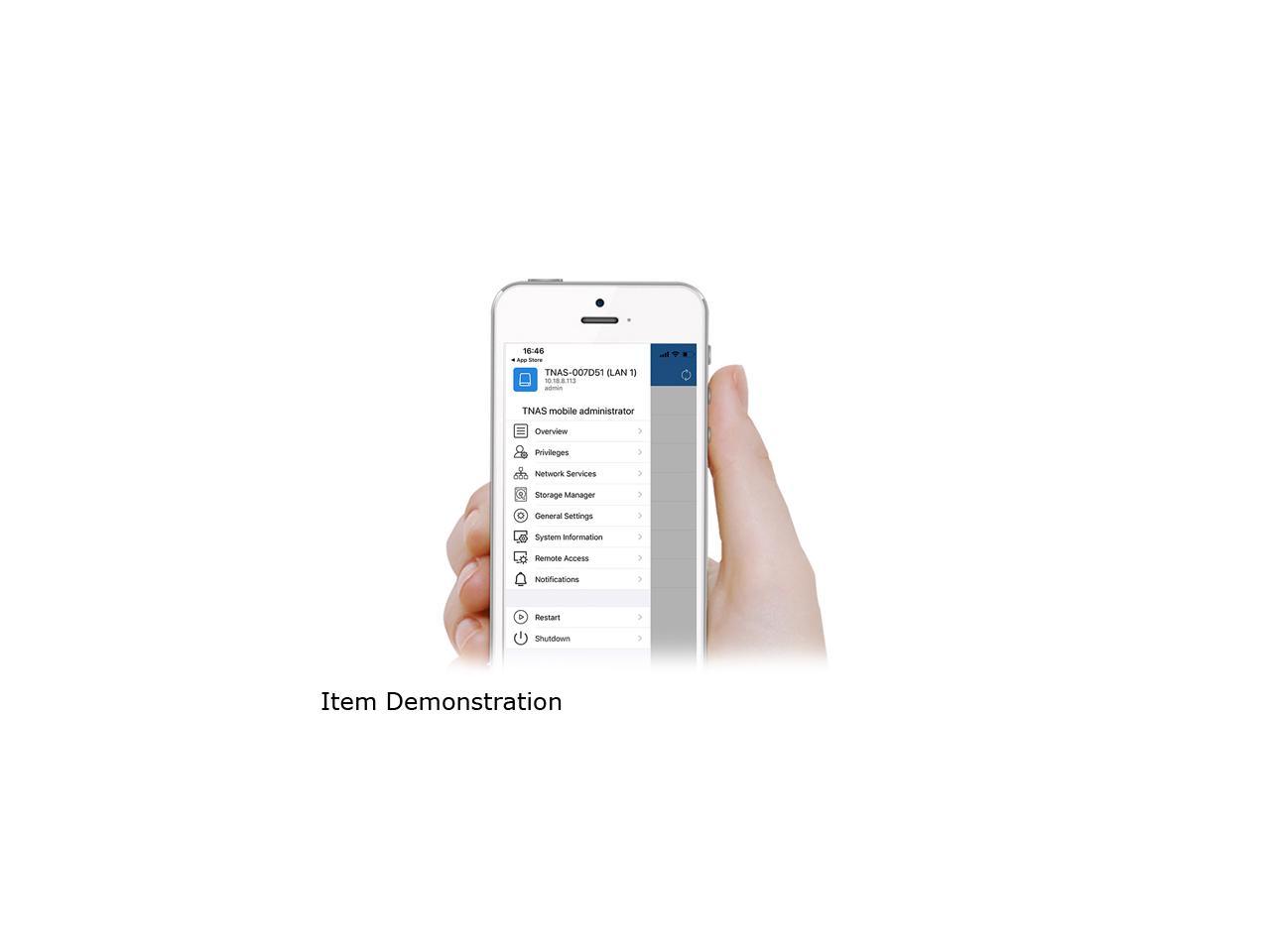 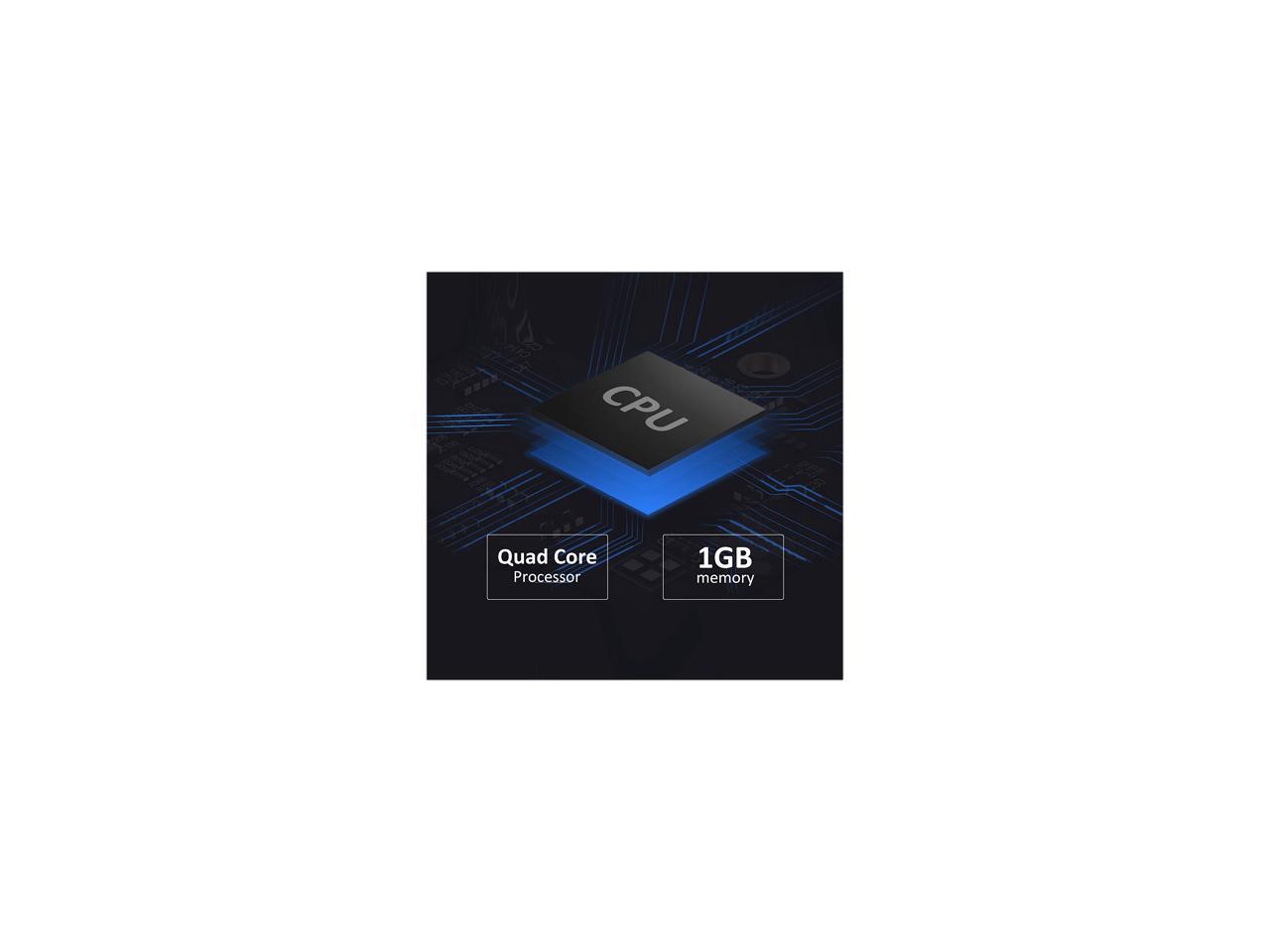 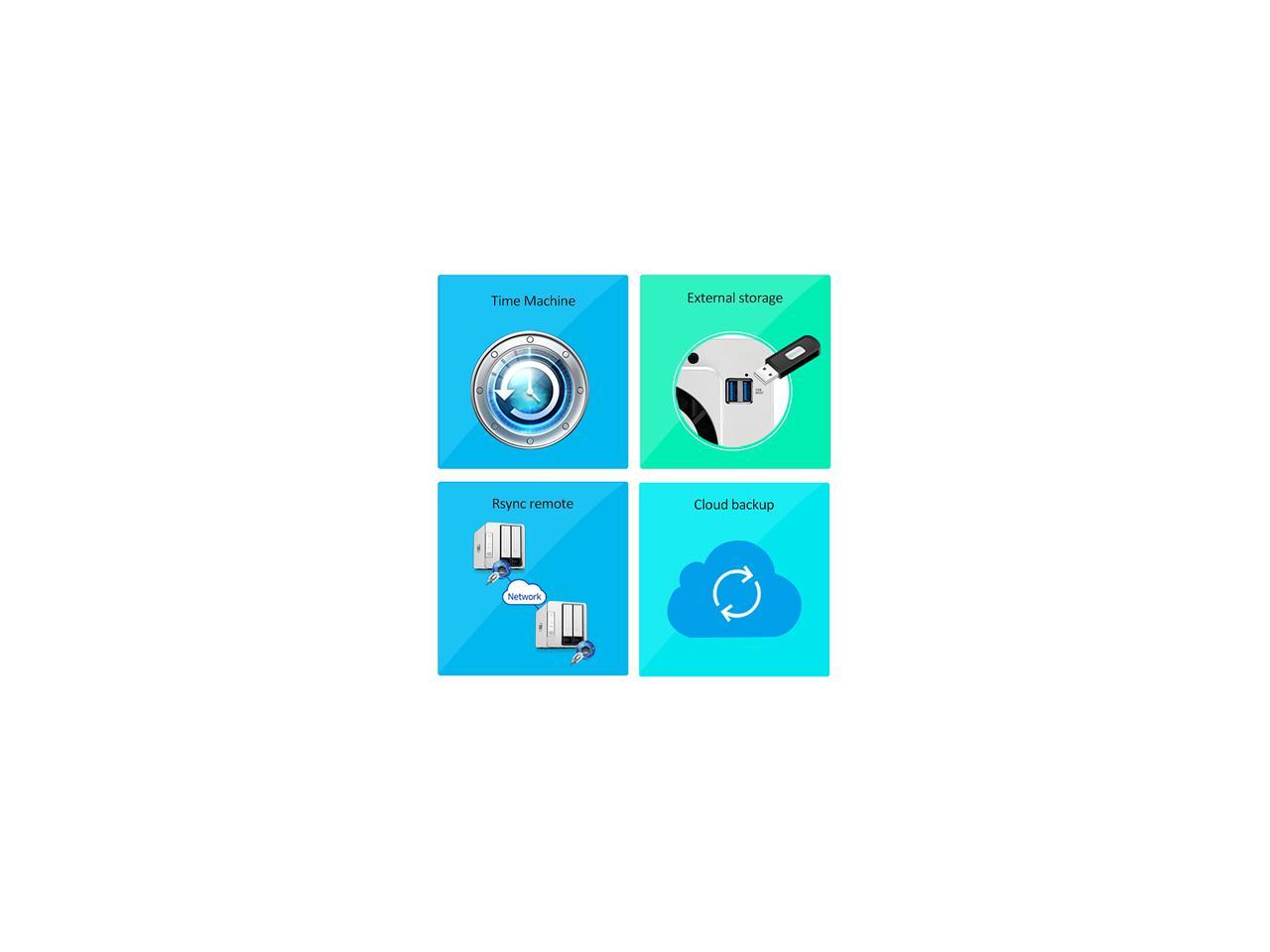 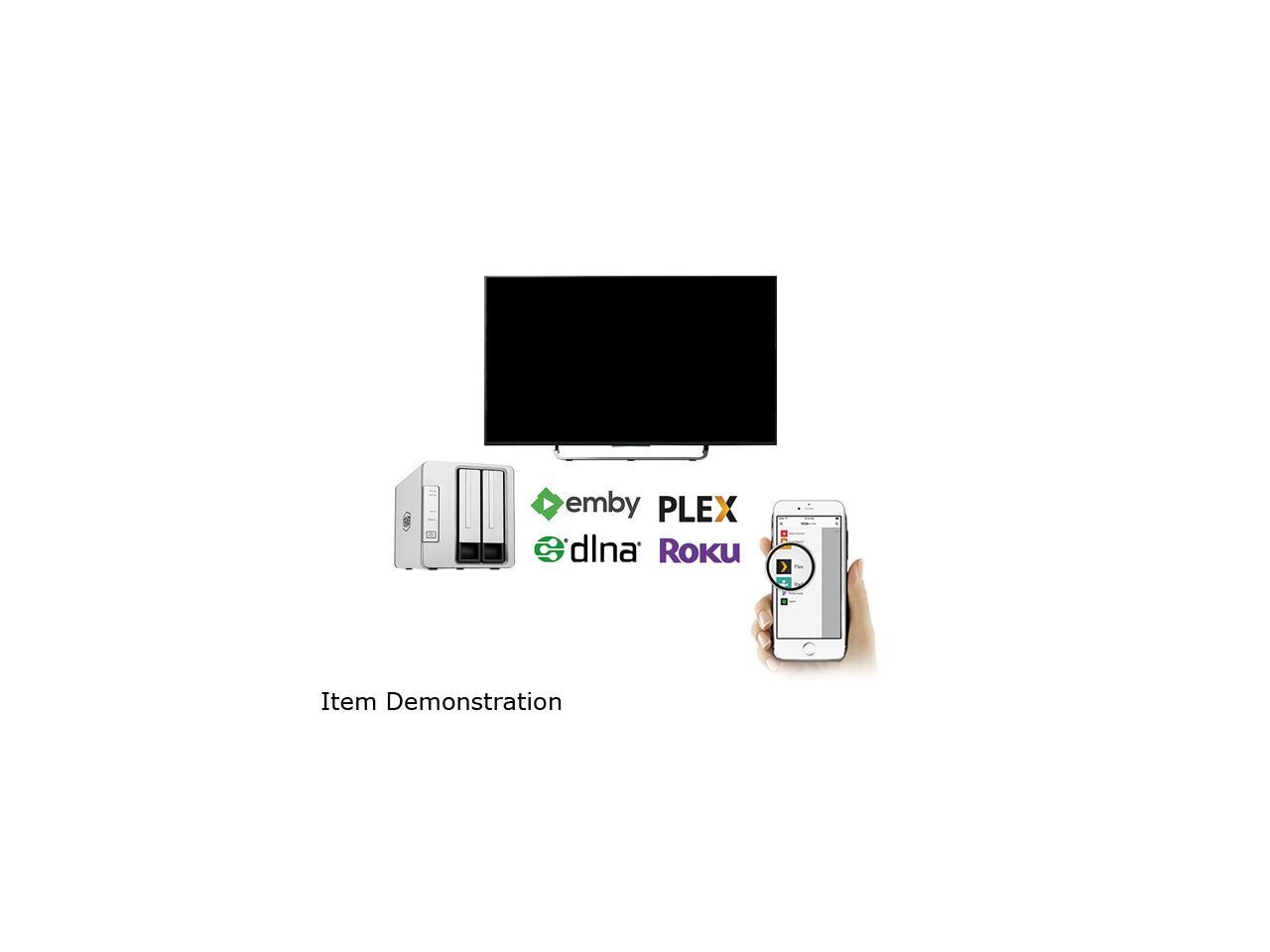 A. In case of the NAS is not found in the network the first time the NAS is set up, please check the following:

B. To ensure stability and better performance, dedicated NAS hard drives are recommended The F2-210 device relies on the following data security layers to protect your data: Enjoy thousands of containers on Docker A Variety of Backup Methods Overall Review: Very easy to set up and run in a Raid 5 configuration. I had four drives humming along as a 24TB home NAS about 30 minutes after opening the boxes up. BUT there's one important thing that TerraMaster doesn't mention in either the documentation that came with it or on their website. There's only one kind of USB WiFi dongle that will work with it. Most people will likely use this wired to a router, but if you're like me and have to use it wirelessly, take note: THE ONLY KIND OF USB WIFI DEVICE IT WILL RECOGNIZE IS ONE WITH THE REALTEK RTL8812AU CHIPSET. If you plug in any other kind of USB WiFi dongle/antenna/whatever, it won't recognize it. The only way to find this out is to plug in a USB WiFi dongle that doesn't use the Realtek RTL8812AU chipset, and then the NAS's wireless settings will tell you. Thanks, TerraMaster, why isn't this on your website anywhere?? This chipset is somewhat rare in the U.S., but found this one and it worked: https://www.newegg.com/fenvi-rtl8812au-micro-usb-3-0/p/0XM-00JK-00086?Item=9SIADXZB5J3600

Pros: Easy to set up.

Overall Review: Not looking good DOA. I am attempting a chat with their support. I cant believe they dont even include a paper quick setup guide. They refer you to a web page. This is the chat with them: Me: F4-210 No power. I just unboxed it. Them :Hi friend! The box is equipped with a charging cable, you can use it to charge Me: Charge? There is no battery. Of course I have hooked up the power cable it will not power on when pushing the button. Them: Oh rght? Could you please take a picture to us? Me: You want me to send a picture of no power lights? Me :I am a technician with 20 years experience. It is all connected correctly. It will not turn on when I press the power button. Unless there is some weird trick to it the unit is dead. No response after that.

Pros: Easy to attach to the network. Installation of the disks was easy. So far (1.5 months), it's worked just fine. I was able to get a question answered by the TerraMaster support email after only a couple of days. Like it enough to consider it for my office computer.

Cons: Software and disk formatting was a bit odd. It said there was an error, but turning it off/on "solved" the error. It sometimes vanishes off my network (but that could be Windows as some of my other computers do that too). Once in a while the user interface locks up (it has done this twice) and I've had to turn off/on the NAS to get it back up and working. I didn't lose any data while restarting. Sometimes the included software is a bit slow and primitive.

Overall Review: Once setup, the NAS has been rather easy to use. I formatted it as a RAID 5 with 4 disks (so I have 3 disks worth of data). After 1.5 months, everything is fine. Initially, the software was a bit odd to work with. I followed the procedure, and got an error at one step. I then contacted the company, but before I got a response (took a couple of days), I simply turned it off/on and it didn't have the error anymore. Since then, it's locked up 2-3 times when I tried to do too many things at once. I deducted an egg because of the odd setup issues that eventually solved themselves. So far, I really like it and use the unit as both a NAS backup for all my computers on my home network and as a music DLNA server. The only problem with the music server is sometimes it's there, and sometimes it's not. I am not sure if that is a problem with the unit or with my network (where computers and printers vanish and reappear all the time, look I'm a scientist, not a network expert). I like it well enough that I am thinking of getting one for a backup system for my office computer.

Pros: - Nice setup wizard - Uptime is better than the unit it replaces - Supports Plex and other apps - Fairly compact

Cons: - Mostly plastic. It's solid enough, but certainly less so than the unit it replaces - Somewhat noisy. Creates a cyclical buzzing sound that can be heard from an adjacent room - Slow upload speed. Transferring my existing 2TB of data across a Gigabit LAN took multiple DAYS. At first, I blamed this on my old unit being a slow source. Since then, I've noticed that uploading things from my PC is also pretty slow.

Overall Review: Overall, I'd recommend this as an entry system. As an "upgrade" system, I'd probably look at alternatives before deciding.

Overall Review: I bought this for a media server to replace a stupidly slow Lenovo Omega unit. The setup was easy I installed the hard drives from the Lenovo and didn't have to format the disks the NAS recognized them and formatted them for me. The TOS OS is easy to navigate and was easy to upload my media to it without any problems. My stereo system and TV recognizes the NAS and plays the files without a hitch. I have the disks set to JBOD because I have a Terra-Master D2-310 DAS for backup. I would recommend this NAS for an affordable solution to a media server. I haven't and probably won't use the other functions this NAS offers.

Cons: Constantly drops connections. Too unreliable as a music server. Power button unreliable. To power off, I have to unplug the power source.

Overall Review: I have all the latest updates installed and have been battling it for a few months. I've now replaced it with a similar model from another manufacturer.

Pros: Very simple setup Low power draw and quiet Features I may use at a later date Great hardware for the price

Overall Review: I am NOT using this for a RAID setup, am using 2 8tb WD reds in single drive mode for storage. Running Plex server off of Shield tv 2017 model. Transfer speeds between 90-100 Mbps with ext4 and gigabit lan when transferring big files. Have not used docker or anything else yet. Mainly bought so my desktops don't have to be on 24/7, I have this NAS and my shield using way less electricity. I have also mapped both drives on my Shield and 2 windows desktops with no issues.

Cons: Will not connect to manufacturers ap. This makes it useless. Customer service non responsive. Save your money buy another brand.