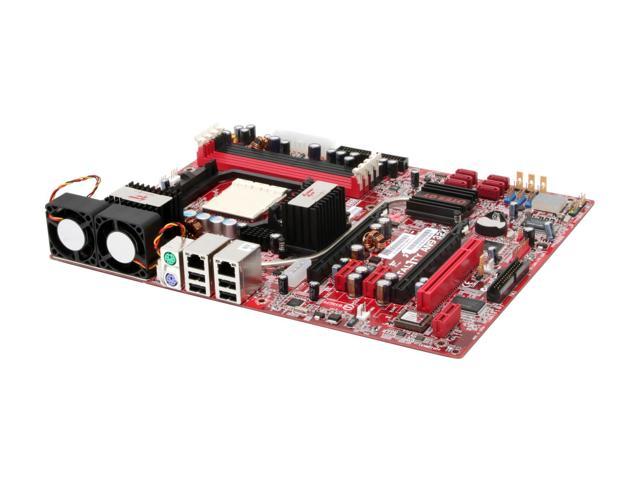 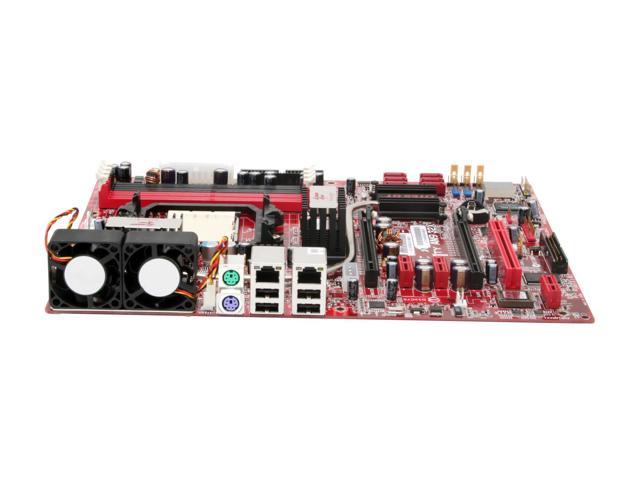 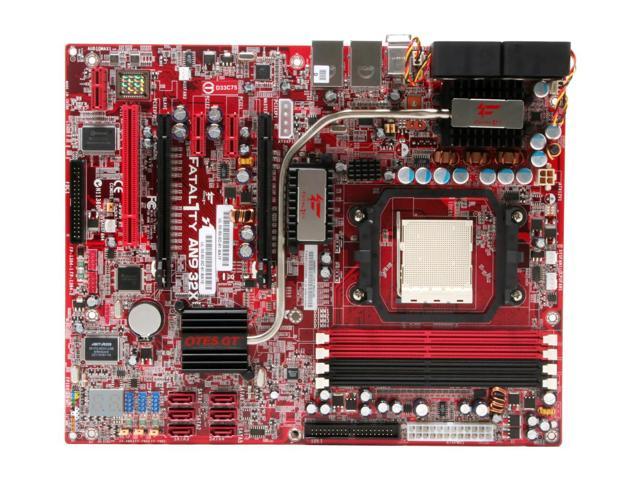 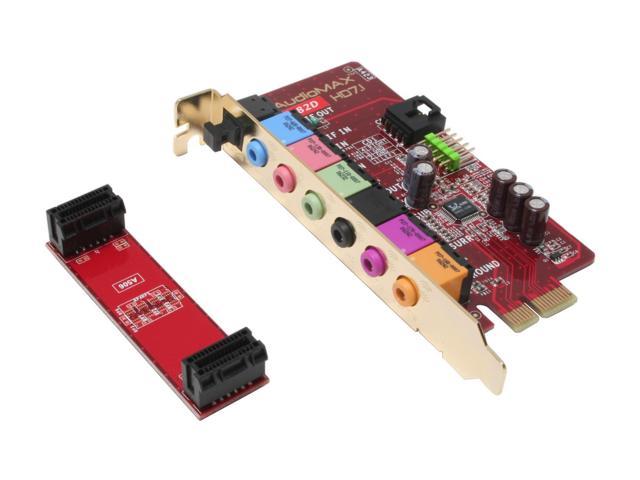 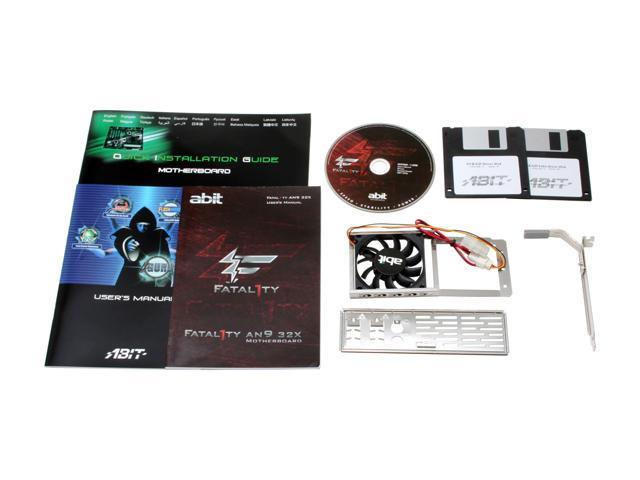 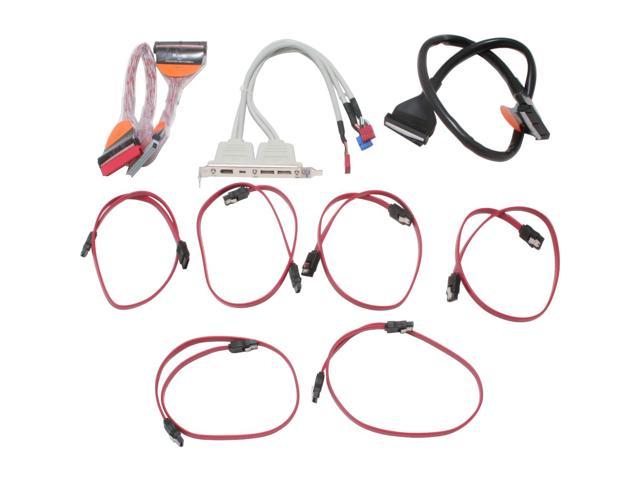 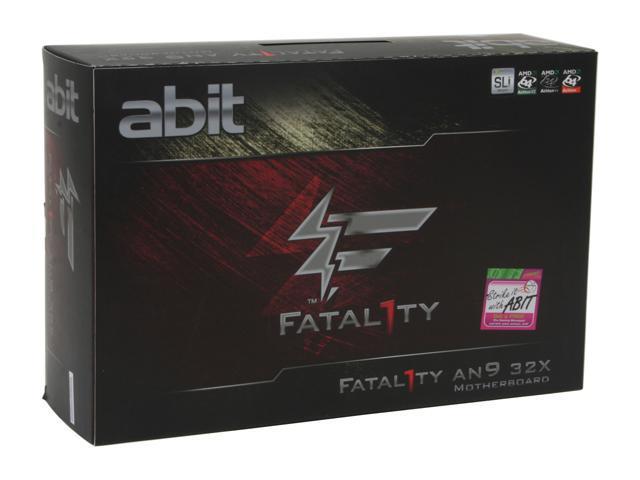 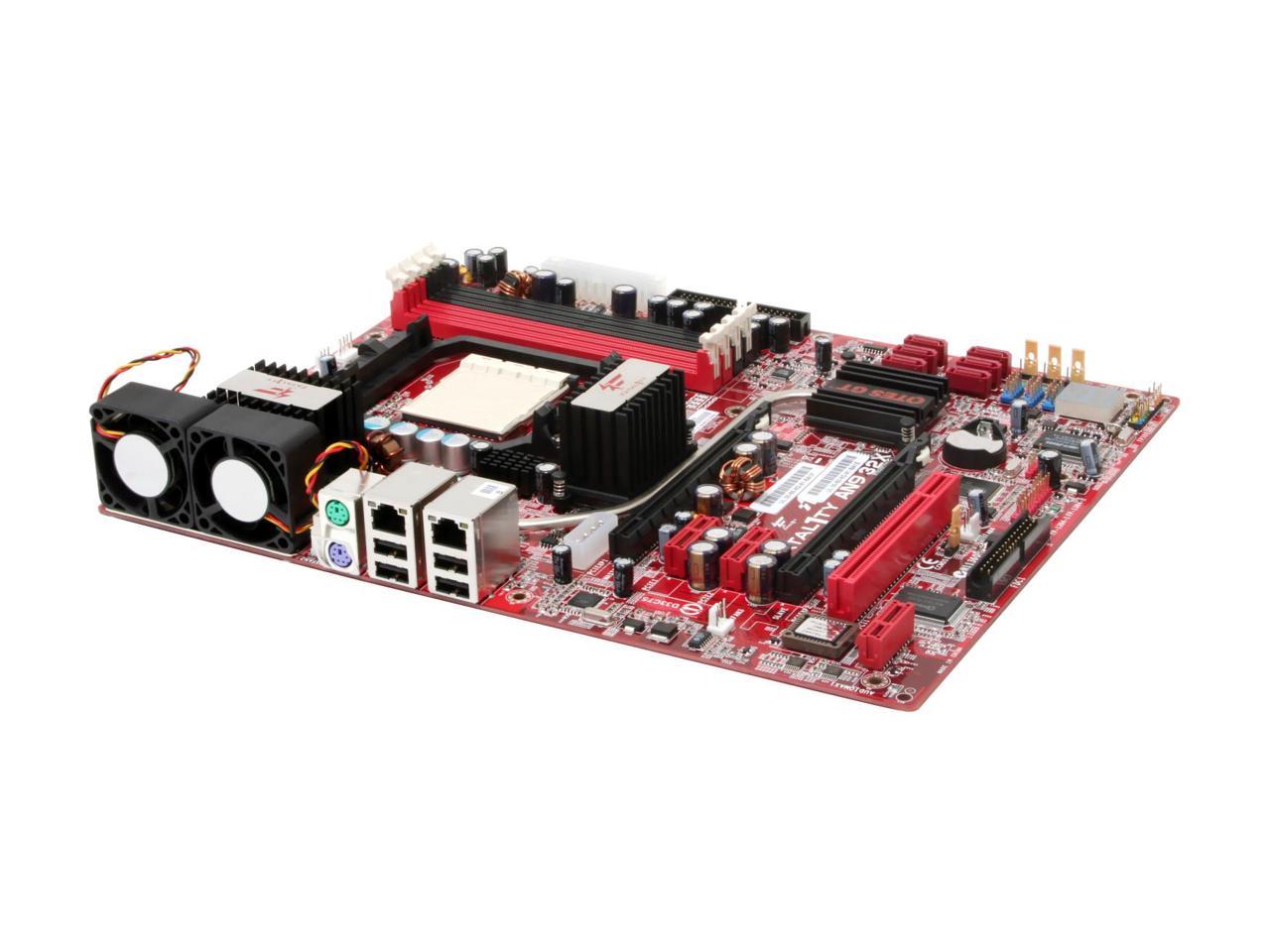 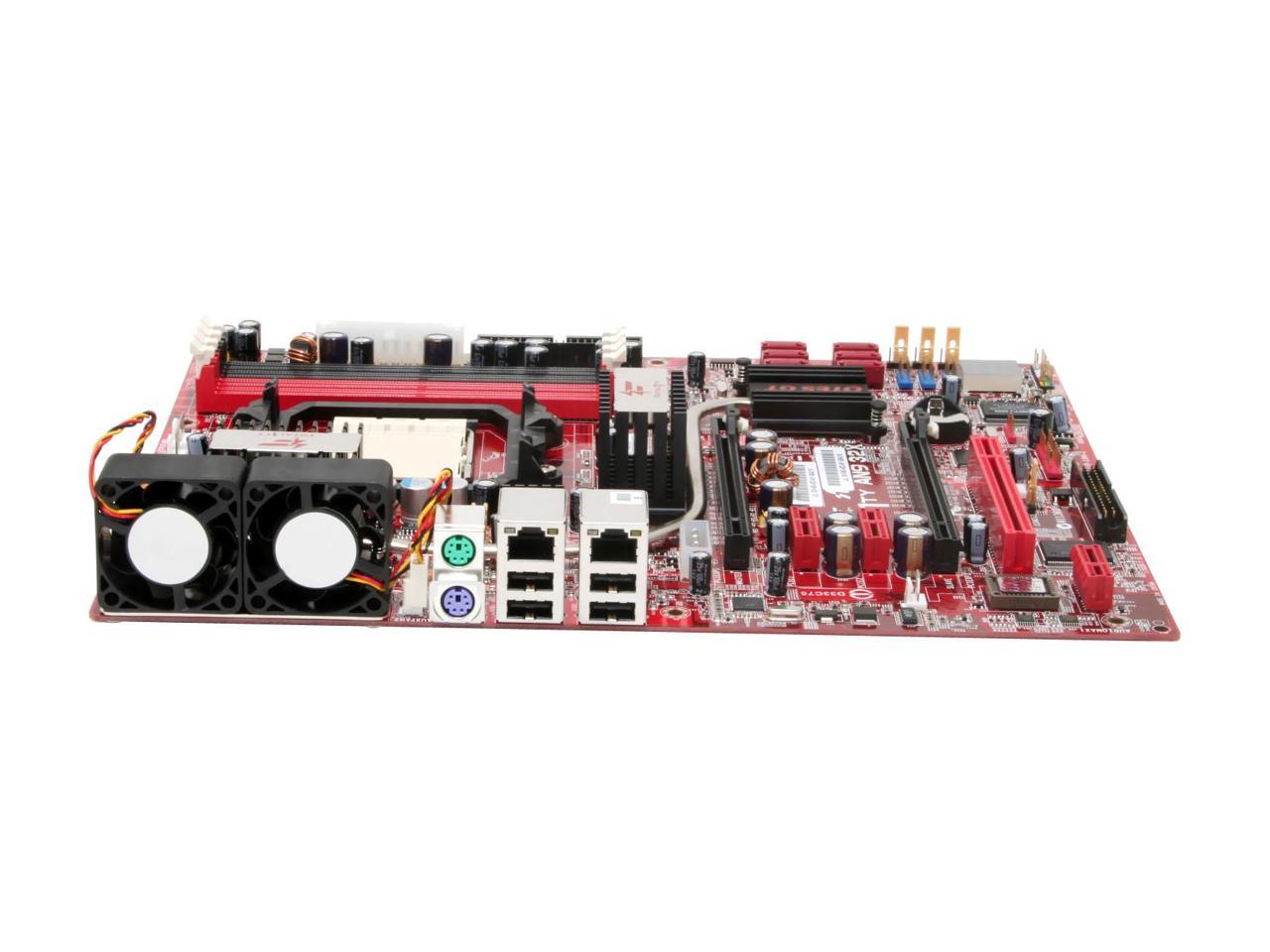 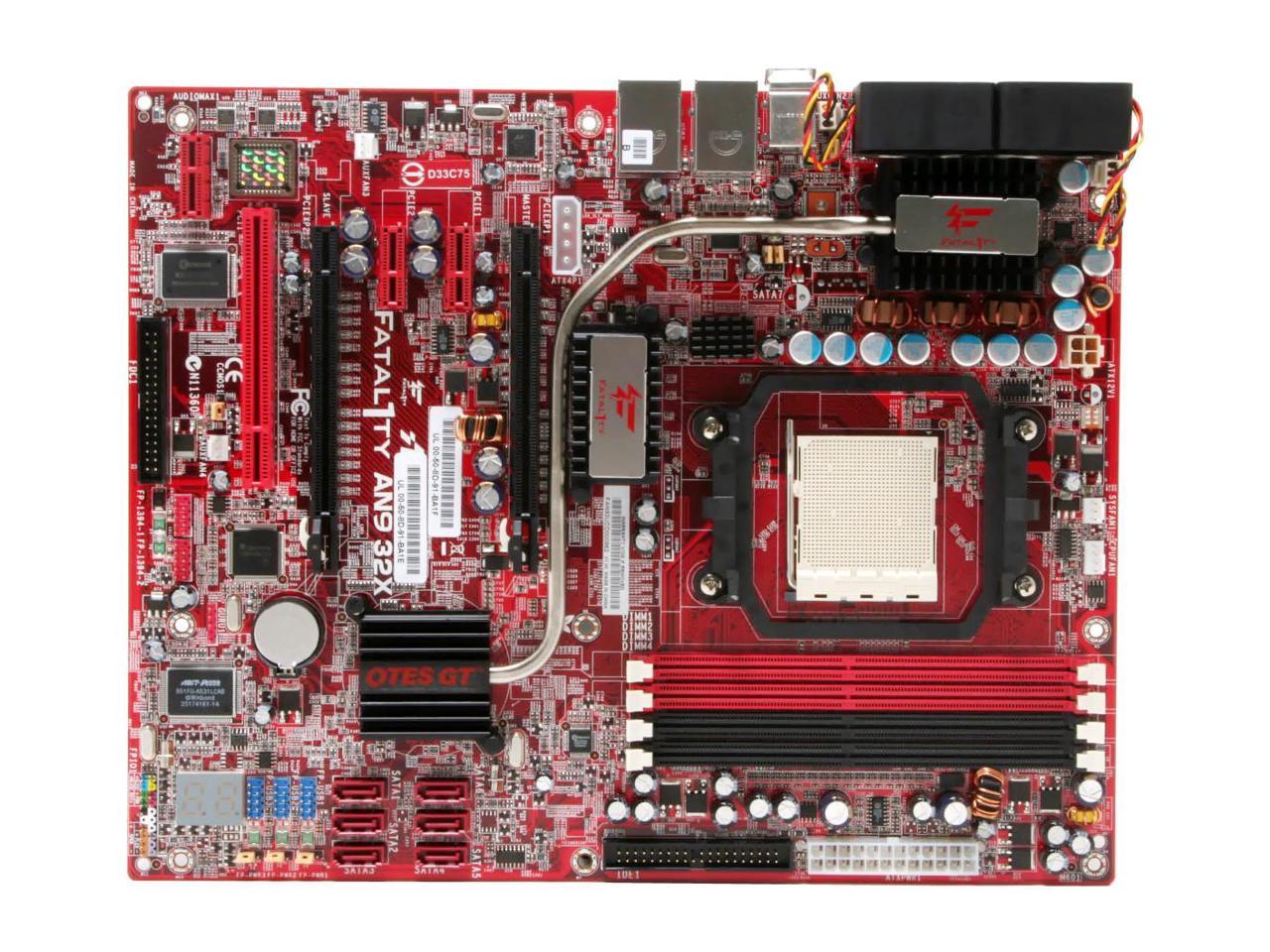 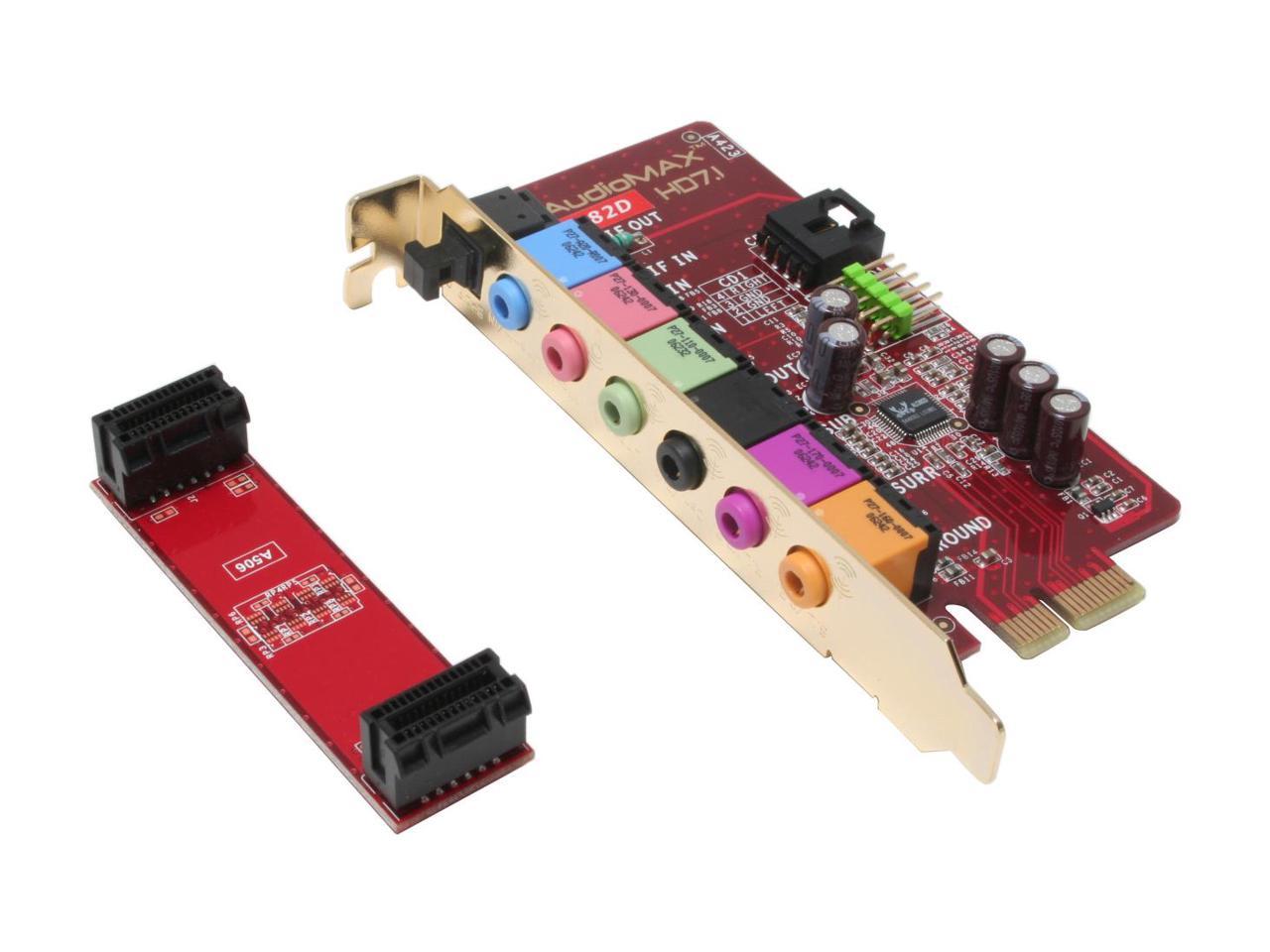 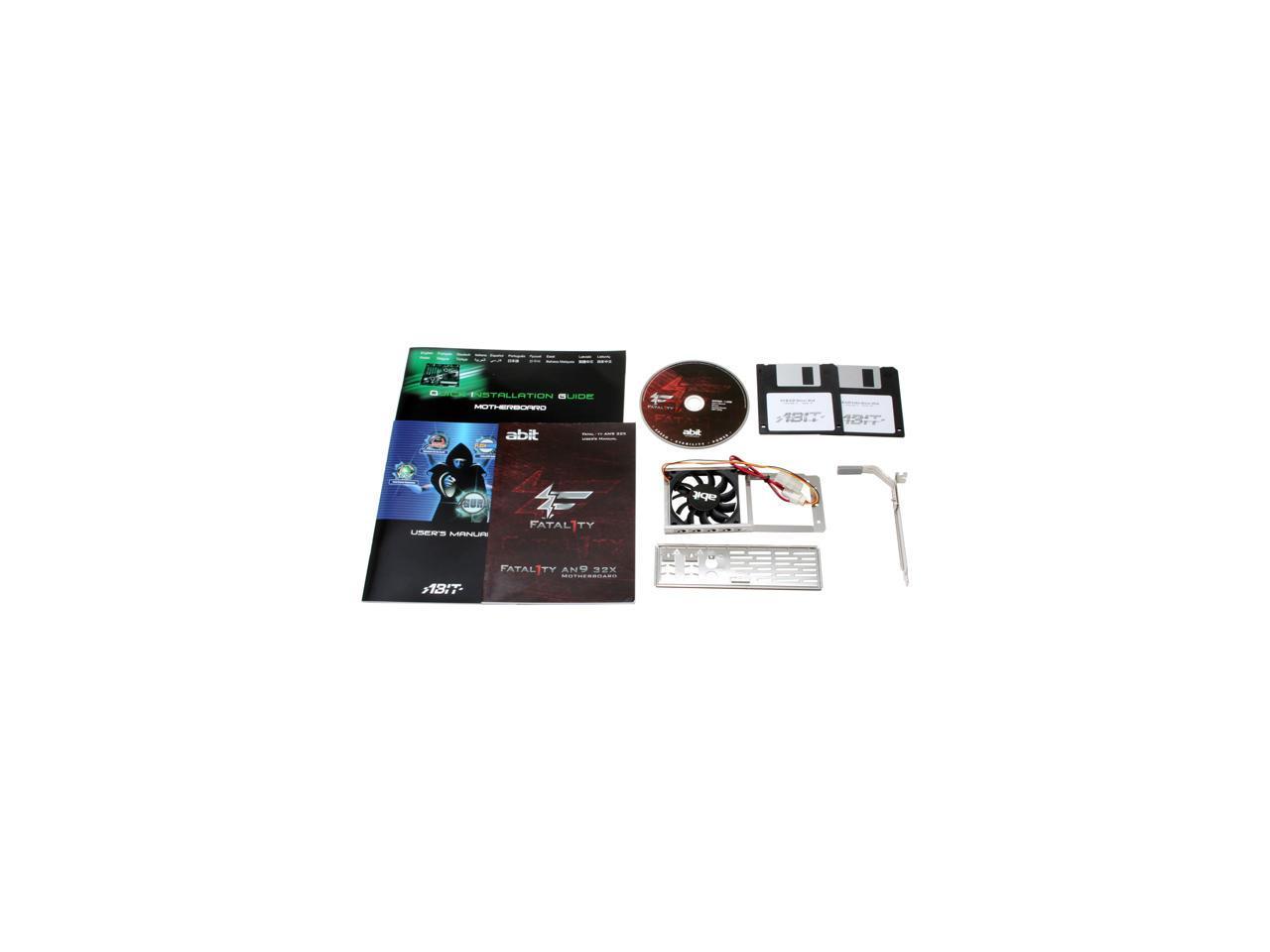 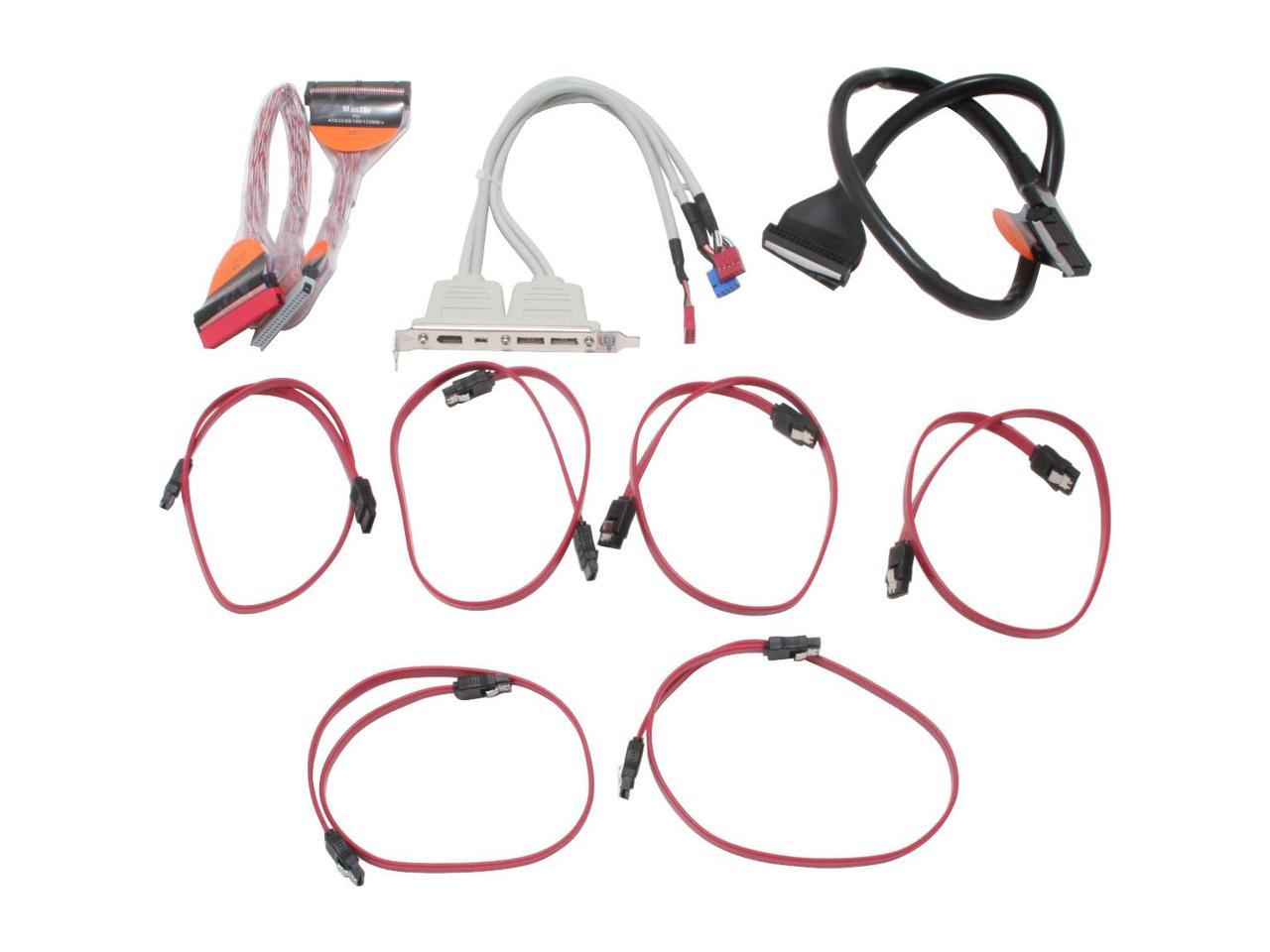 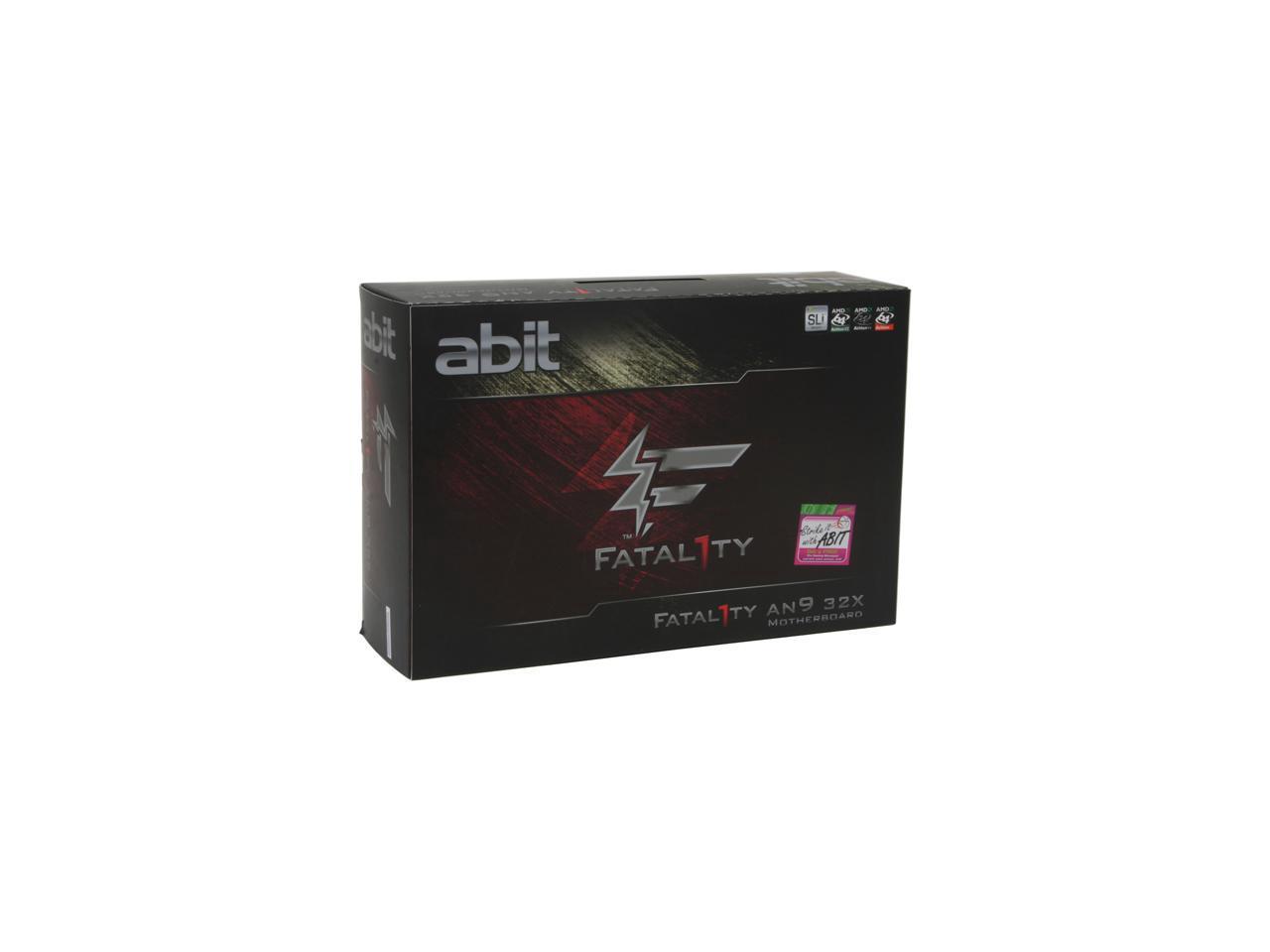 (75) Write a Review
OUT OF STOCK.
Overview
Specs
Reviews
An upscale, full-featured motherboard with plenty of power, the Abit Fatal1ty AN9 32X is designed specifically with the gamer in mind. Equipped with an AMD socket AM2 suitable for Athlon 64 processors, including the X2 and FX series, the Fatal1ty AN9 32X is more than capable of handling anything you may want to run. Using the Nvidia nForce 590 chipset, the Fatal1ty AN9 32X supports SLI which gives you the ability to use 2 graphics cards together for even more processing power.
It also includes dual gigabit Ethernet ports, 7.1 channel onboard sound, and 6 SATA ports. These ports let you add multiple hard drives, because the Fatal1ty AN9 32X supports RAID 0, 1, 0+1, 5, and JBOD. It has multiple expansion slots to use including two x16, and two x1 PCIe slots, plus an additional PCI slot. For any gamer that wants to build a powerful system, the Abit Fatal1ty AN9 32X is a solid foundation.

Learn more about the Universal abit USA Fatal1ty AN9 32X

Pros: Hey this thing rocks so much im making this the standard that i build my computers with.

Cons: only one pci slot (knew when was purchased, but still a negative aspect)

Pros: For the enthusiast who is looking for stability, hardcore performance and oodles of BIOS tweaks, abit has done it right with this board. The BIOS revisions keep getting better adding even more performance and lower, half-step CPU multipliers (of course the bios I am referring to is currently in beta). I own Mushkin EP and Crucial Ballistix Tracer 2x1GB=2GB Kits and the board accepts them with minimal tinkering. Although, I did have to go into the BIOS and adjust the default voltage to 2.2v to achieve their standard volt settings as they would both default to 1.85v. It's rock solid stable in Prime95 for 12+ hours running a Dual Core X2 3800+ at 2.7 GHz at 10x Multi. The board overclocks very well and is definately a must-have for those who crave all the features listed above and of course; Fatal1ty! The onboard LED-BIOS display is a nice touch. If you get beep codes you can easily reference the code on the display to the list in the manual.

Cons: Sadly this board doesn't work out of the box with two, two-slot PCIe cards if you intend on using the PCI slot. I have a Creative X-FI sound card and have to stick to single slot GPU's. Not to mention if you own Fatal1ty's branded X-FI and two, two-slot PCIe cards you are hosed! So for this ridiculously stupid oversight by abit this board only gets a 4! otherwise it would get a 5!! Argh!

Overall Review: Although the system can only run pairs of single slot PCIe cards when using SLI and the PCI slot, the raw performance outweighs this design flaw. This board is definately not for noobs! To achieve awesome overclocks IMO one will (currently) benefit the most if they have Micron D9 BGA's as the Memory IC's of choice. Overclockable memory is the key to achieving huge leaps in system performance! This is an enthusiast board; if thats you buy this board now!

Pros: Well, sadly enough, none at this point.

Cons: I am now working with my 3rd board (the last one being RAM'ed through Abit) I am still having boot issues. Abit has recalled thousands of these boards! Buyer beware. The board itself may not be the problem. The more I look into the matter, it may be a bad BIOS chip from Award. Only time and further testing will tell. Abit customer support will be getting an earfull tomorrow.

Overall Review: Components:AMD 64 X2 4200+, Corsair XMS2 1GB (2x512mb) 800Mhz memory, 2x XFX 7600GT video cards, Seagate 320GB 16mb cache SATA 3.0GBs, Samsung opticals, Samsung floppy, Apevia 680W SLI psu. Tests done: barebones boot (board/cpu only) hangs at POST code 9.0, according to Abit POST code description, this means a bad psu, cpu, or dead BIOS chip. I have tested system with a backup 500W psu, as well as tested both psu's with a psu tester. The cpu has been tested on a functioning AM2 board ruling out the cpu and psu. I have been building pc's since 1997, and I have never encountered this type of problem from Abit. VERY DISAPPOINTED!!!

Pros: Love it!! Great board, Abit always leading the way!!

Pros: LED block that tells you where the boot stops, helped me diagnose a bad PSU in less than a minute. It had power just not enough. No Printer or Serial ports hogging up the back panel, and or resources

Overall Review: During first install of windows it doesn't recognize the usb keyboard to press any key, luckily an old ps/2 keyboard will fix you up. No changing of bios setings helped. BTW its still the best MB on the market imo, and now its cheaper!

Cons: Only 1 IDE Interface and no Parallel Port. I had to use a PCI slot for an IDE add-in card for my 250GB storage HDD and my Mobile Rack.

Pros: The board has fantastic features for gamers. It is the exact same board as the non-fatal1ty AN9-32X but has active cooling on the north bridge OTES system, and some interesting flashing LED's around the outer edges of the board. When the board is running, look out, it rocks! I rated it at 3 due to the cons. This is my first faulty Abit board out of the box, and Abit has been my signature build since 1998. I have used litterally hundreds of Abit boards and only had one fail prior to this experience, and that was a NB fan failure prior to uGuru and the fan alarm setup.

Cons: As for getting it running, Abit has obviously had a quality control issue with this board. On a cold boot, the system hangs at POST code 9.0. There is no current solution to the issue other than RMA according to Abit tech support. That is where I stand at this point. Waiting on the second board to see how it goes.

Overall Review: Despite the occasional quality control issue, I will continue to use and recommend Abit products.