Feel 100% satisfied with your purchase -- with no restocking fees & no return shipping costs* within 30 days of delivery. Learn More
Price Alert
Add To ListFound on 6 wish lists 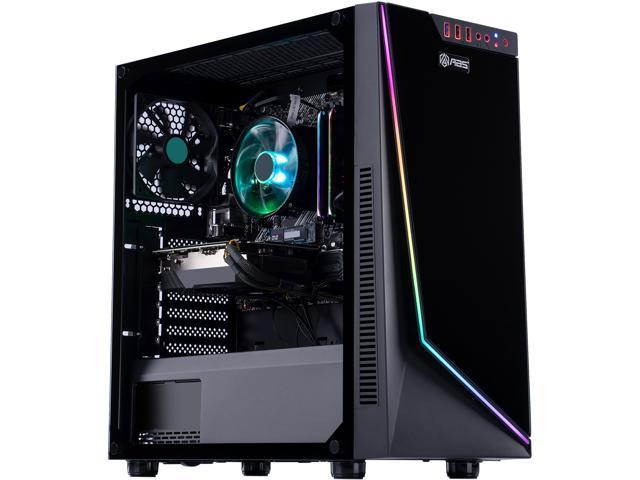 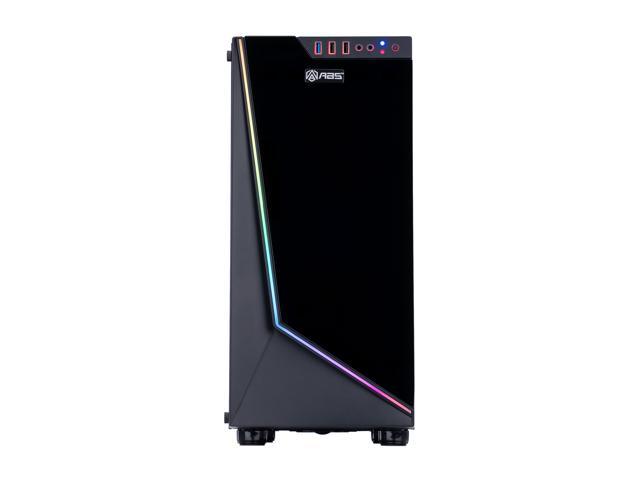 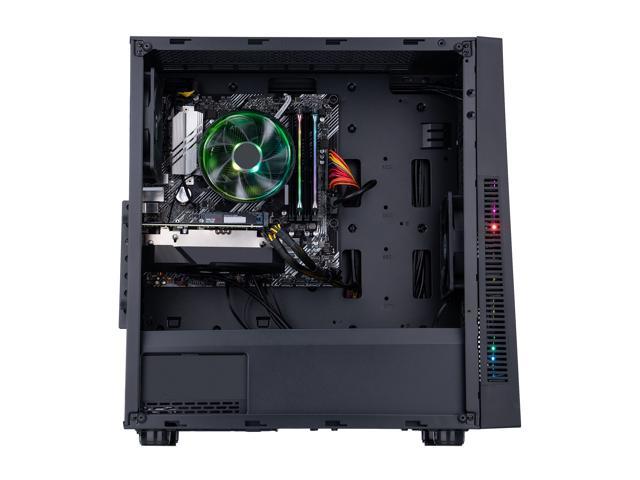 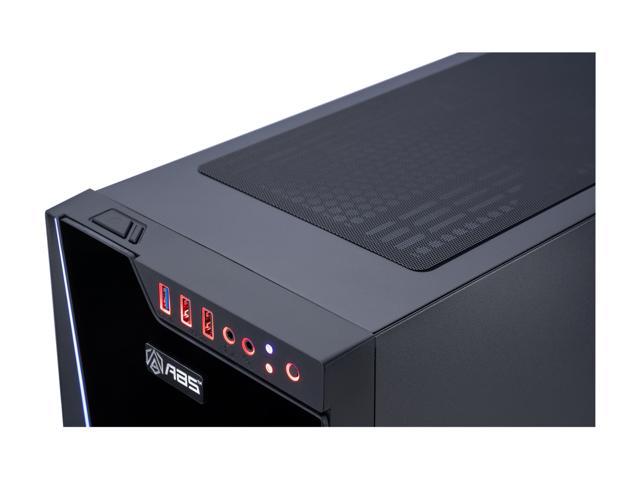 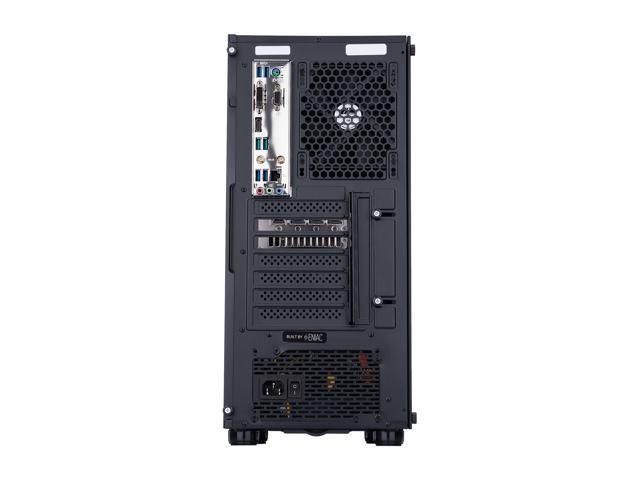 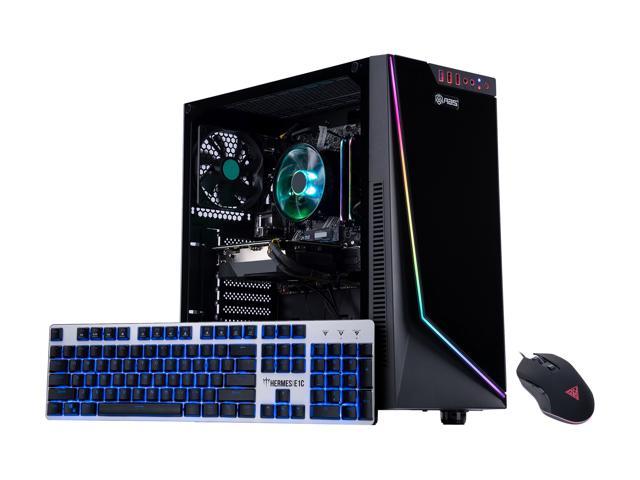 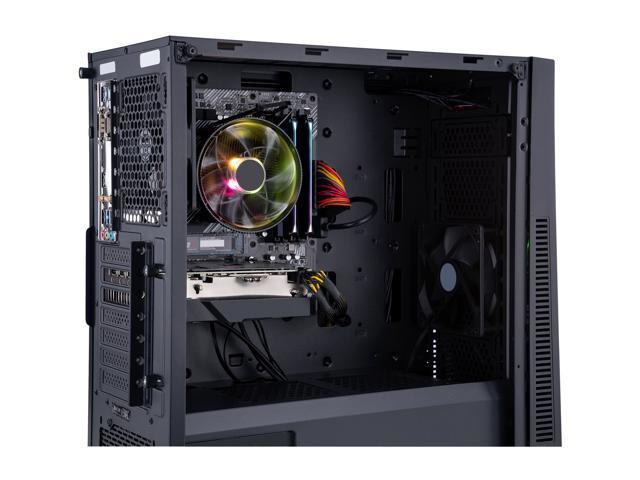 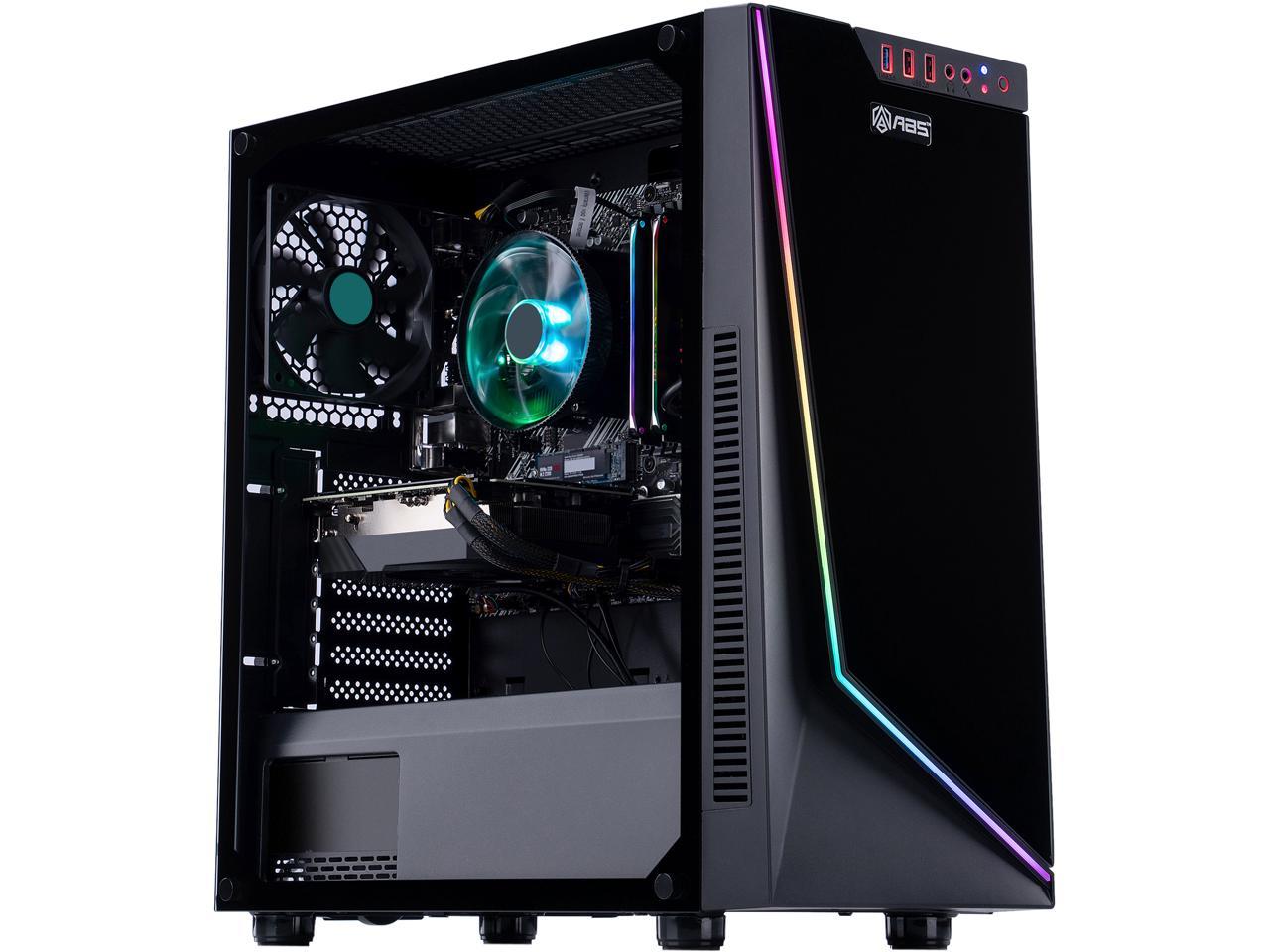 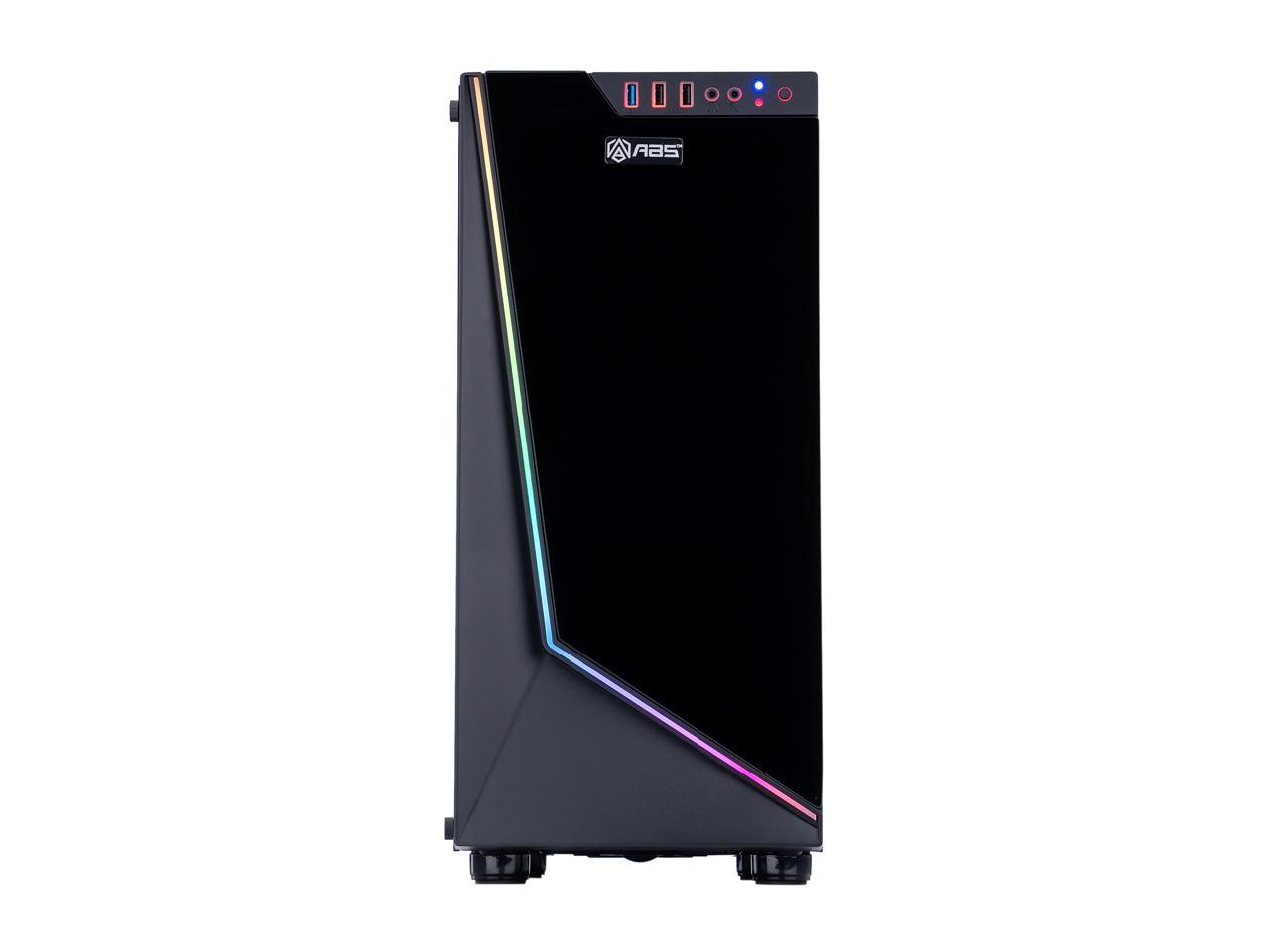 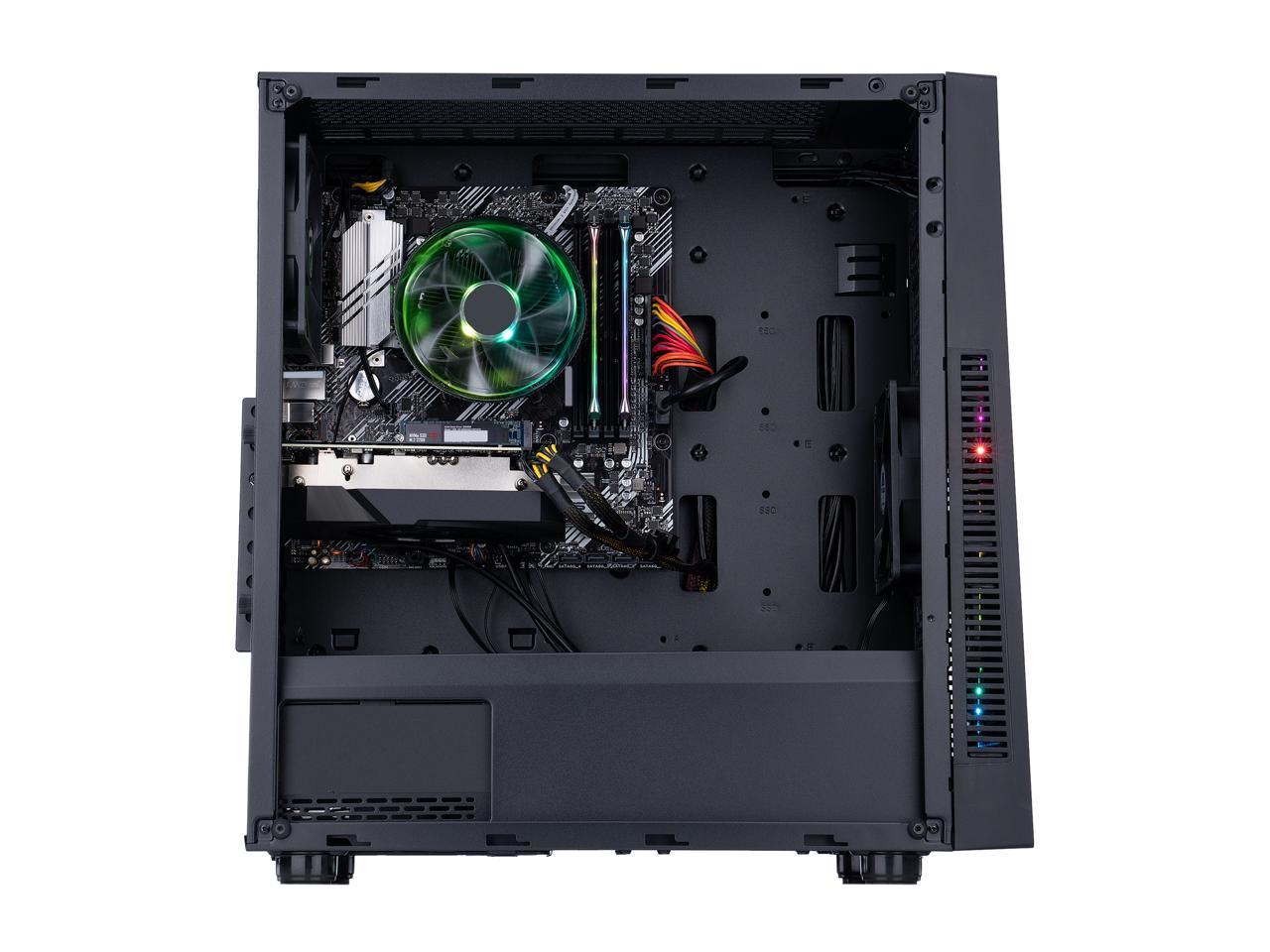 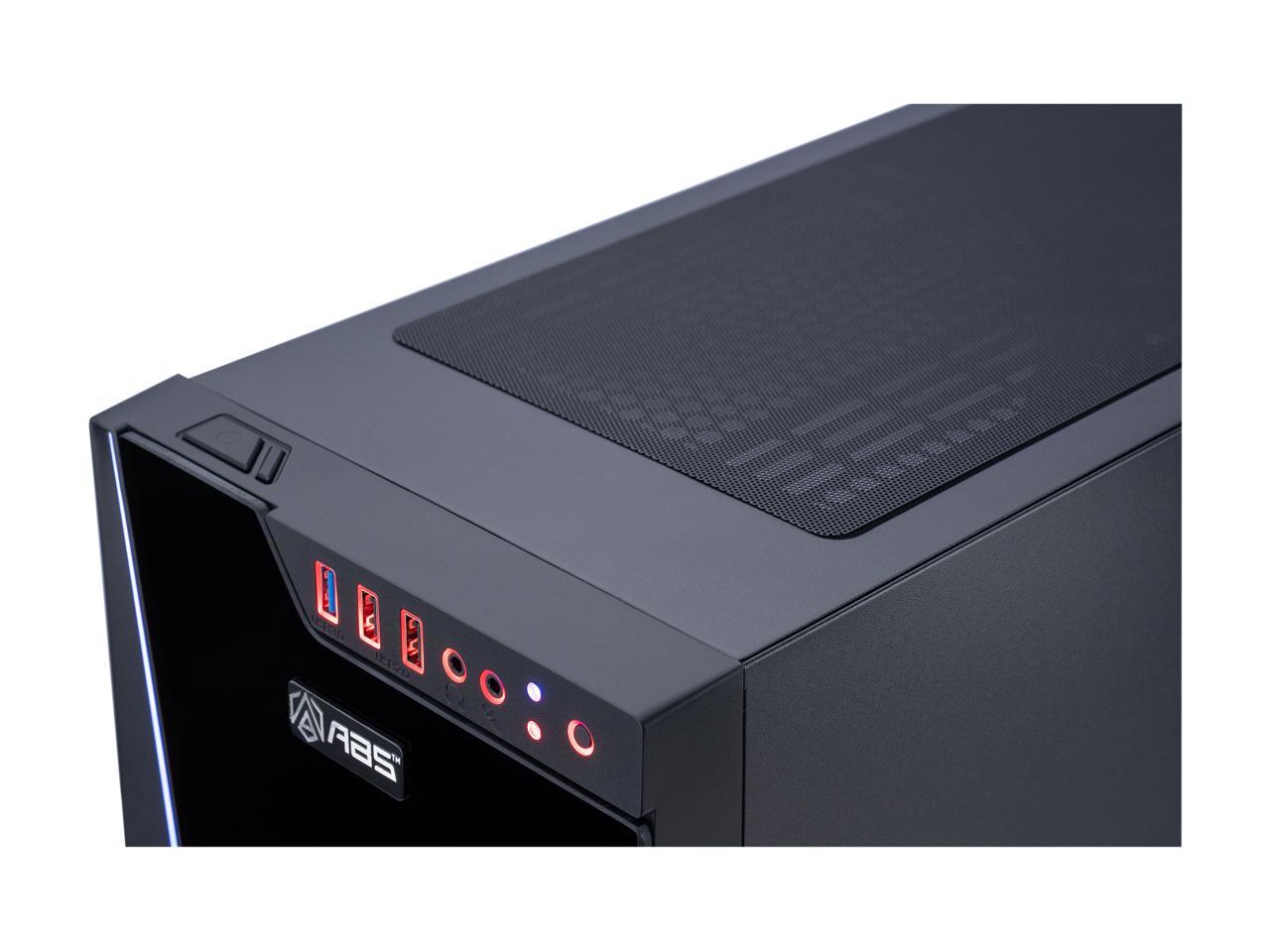 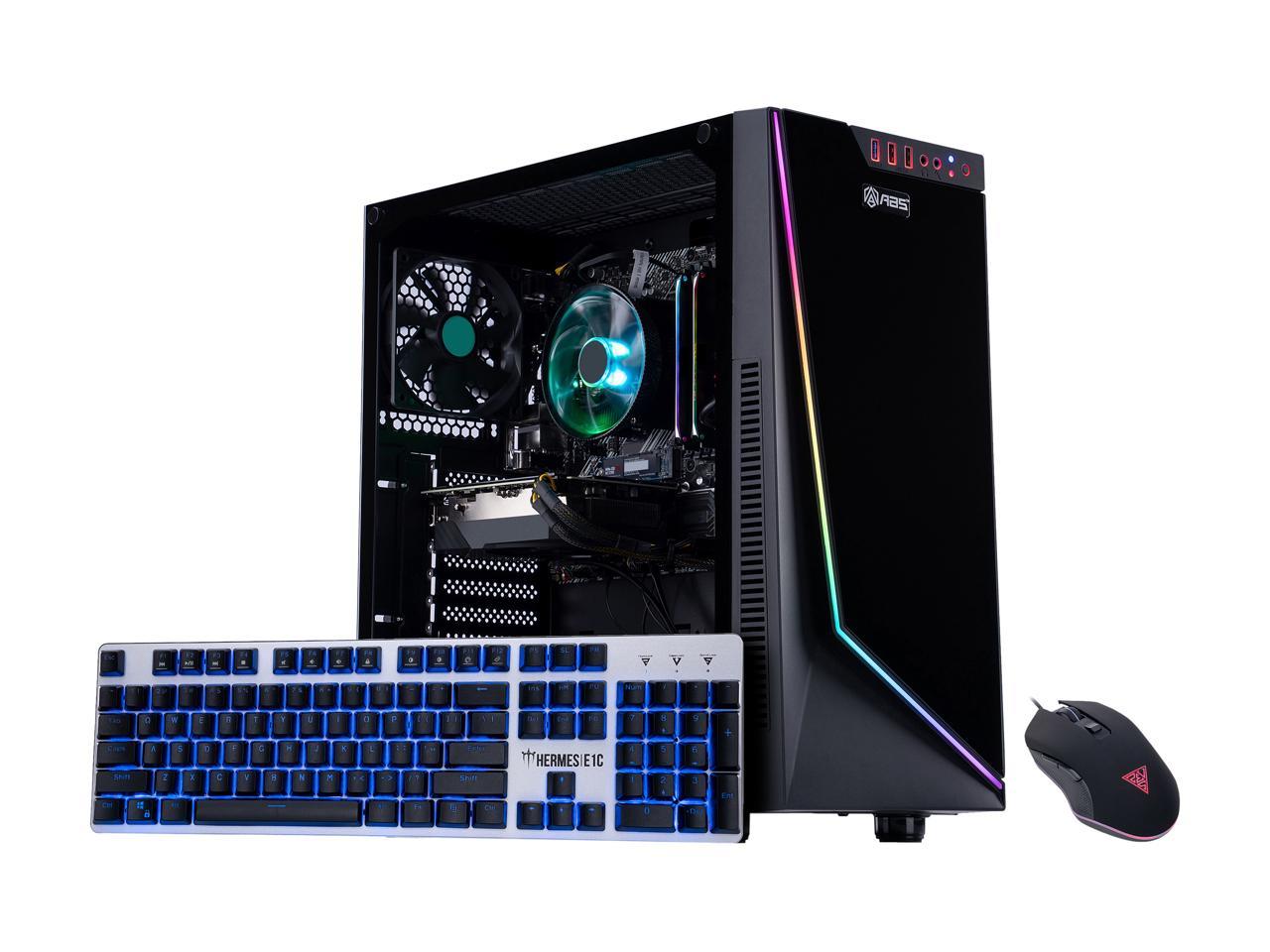 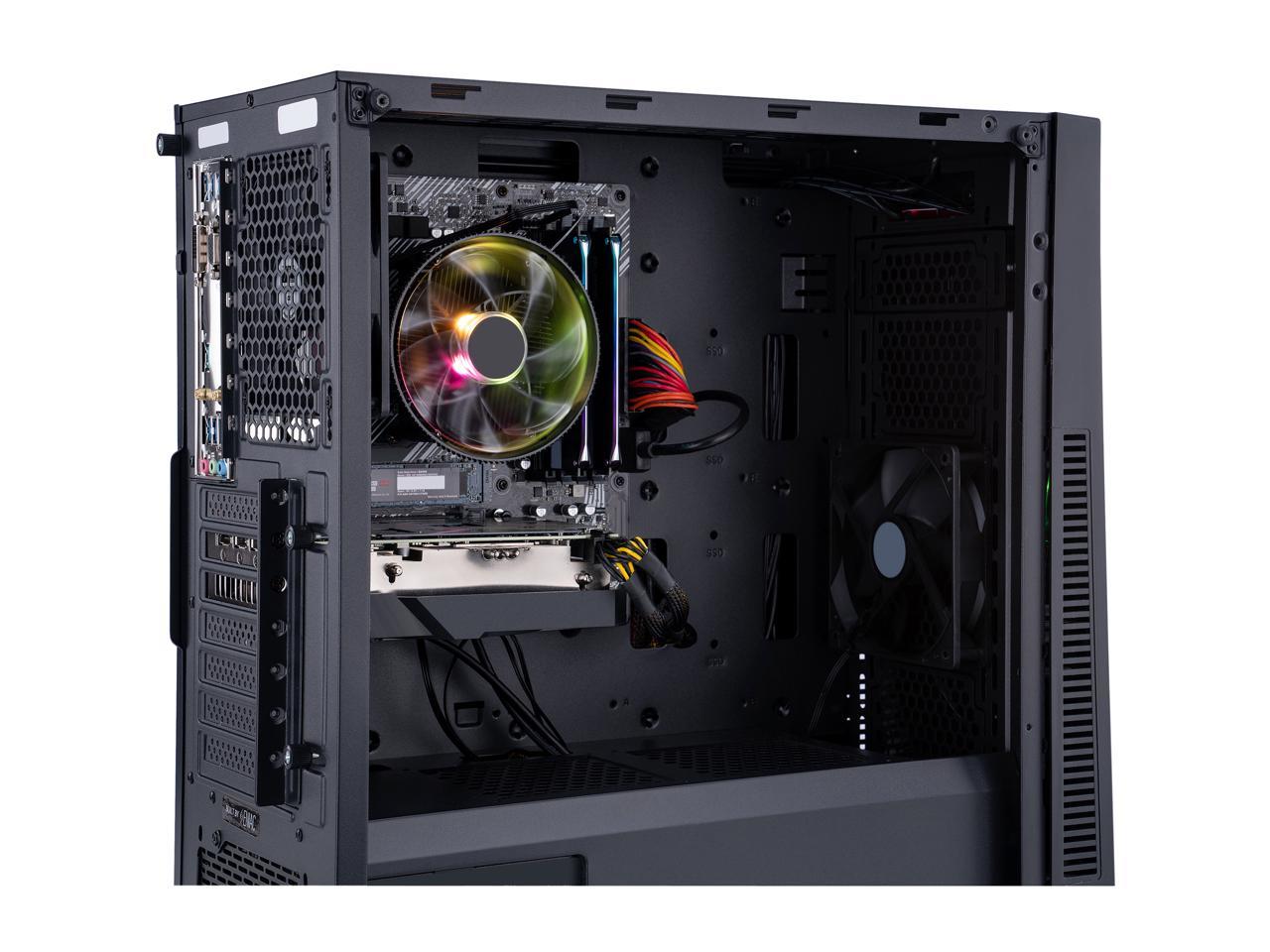 Discover amazing power with ABS Master Gaming PC. The AMD Ryzen 5 5600G processor and GeForce RTX 3060 graphics card provide you with dynamic gameplay and full immersion. A power-infused desktop PC that also delivers on every aspect of everyday computing, from browsing and SNS to streaming and gaming.

Windows 11 Brings You Closer to What You Love

Family, friends, obsessions, music, creations—Windows 11 is the one place for it all. With a fresh new feel and tools that make it easier to be efficient, it has what you need for whatever’s next.

Be unstoppable with the unprecedented speed of the AMD Ryzen 5 5600G desktop processor, which incorporates 6 powerful Zen 3 cores (12 threads). Whether you’re playing the latest games, designing the next skyscraper, or crunching scientific data, the AMD Ryzen 5 5600G will keep you in the lead.

Learn more about the ABS ALA273

Overall Review: ABS Master Model ALA267 Date first available September 8 2021 What I received/ (what was promised): -Rosewill S500 case with 4 RGB fans and controller (as promised) -Asus TUF Gaming X570 plus WiFi MoBo and WiFi antenna (as promised) -AMD Ryzen 5 5600x CPU with Thermaltake UX100 cooler (CPU as promised) -2x8GB 3000 mhz DDR4 CAS16 Oloy ram sticks (unspecified brand, and *not as promised*) -Intel SSD 670p 1 TB M.2 (unspecified brand) -EVGA GeForce RTX 3060Ti FTW3 GPU (brand may vary) -EVGA 700W GD PSU (unspecified brand) -Windows 10 pre-installed and activated (as promised) -MSI GM08 mouse (unspecified brand) -MSI GK20 keyboard (unspecified brand) -Spare SATA cable, manuals, and stickers With so many components being unspecified, it felt like I was playing the lottery. Maybe I won because this rig is nearly perfect as it arrived. I say "nearly" for one simple mistake made by ABS; I was supposed to get 3200 mhz ram, but I got *3000 mhz* instead. The ram is 200 mhz less than what was promised, and while I am not happy about it, the difference is negligible and I feel the high-tier EVGA 3060Ti FTW3 Ultra GPU makes up for it overall. With so many included components being randomly selected, I was expecting the cheapest possible solutions. I have seen/read so many horror stories about the conditions of pre-builts that it made me very nervous to commit to one, but the current GPU market pushed my financial hand in this direction, and I'm actually glad I went with ABS. Everything was perfectly assembled, with no visual flaws or damage. All components appear brand new, and the cable management is pretty good. The GPU, PSU, and SDD are all better than I was expecting, considering they were unspecified in the listing for this build. The Rosewill case is quite excellent, and it's probably the most impressive part of the build. I am very happy with this whole experience, especially when compared to prices for similar builds from other S.I. companies, and the terrible market conditions for PC gamers. If ABS keeps doing it this well, they will own the pre-built market. If you buy this build (or one very similar), I would strongly recommend upgrading the CPU cooler, as it doesn't even make full contact with the CPU (see pic). Also, remember to enable D.O.C.P./XMP in the B.I.O.S.

Manufacturer Response:
Dear Jefx77, Thank you very much for supporting ABS Computers. We appreciate you taking the time to provide your feedback! We are very sorry for the inconvenience that you have experienced. We would like to replace the CPU Cooler in your system for you. Please contact us at (800) 685-3471 or email your information to customercare@abs.com so we can begin to fix the issue for you. Thank you again for considering ABS products, we look forward to resolving your concerns! ABS Technical Support
ThePangler
Ownership: 1 week to 1 month
Verified Owner
Amazing12/1/2021 9:49:27 AM

Pros: This computer is great , as advised through the comments , I updated the ram and the liquid cooler . The ram to 4 - 8gb 3200 Corsair . And the Corsair Icue100 for the liquid cooler . It runs the new halo infinite masterfully . I also use the computer to make music and arts and its such a beast . Totally took my gaming to the next level . On the old Xbox was ranging about 20 kills games Im up over 35 with a new record high of 64 kills in a 4v4 match . Its incredible how smooth and the low latency paired with a good monitor .

Overall Review: I highly recommend this rig just upgrade the cooling system , my core while running games for hours stays around 40 C

Overall Review: The unit I received had no issues from the get go. Startup was smooth, and looks awesome. This is my very first PC I've ever bought and it was well worth the wait. Also, I've received all parts in the specs, no substitutions! Now I can finally get in on all the games I've missed out on over the years. The ones that I've played so far? Run niiiiice and smooth at a consistent 60fps to boot! With this I think I'll try being a streamer for a bit, who knows, the trail only leads up from here! If you're looking to gift this to a friend for their first pc, this could be a great start! 10 outta 10.

Pros: Well built PC, has quality components and is well put together. Very speedy and stable.

Cons: Very little documentation, the motherboard was the only thing that had a manual. I had to call Newegg tech support to get the manual for the case to turn the LEDs off. If nothing else there should be a link to download any manuals for all the components in the box. The keyboard and mouse combo was substandard.

Overall Review: I love the build quality, they used quality components and the box is very clean. It is very quick and has no trouble running Flight Simulator 2020 at medium settings. I haven't tried full right sliders yet. As noted above, there was very scant documentation, this is something Newegg should address. Users shouldn't have to take the cover off the case to get model numbers, There should be a link in the box for any documentation. The keyboard/mouse combo isn't very good. The mouse is fine but the keyboard has funky backlights that don't illuminate the lettering on the keys. I have to turn on an overhead light to see the keys. It also has an issue with the O key. It sometimes works but most often it either doesn't register or gives 2-3 Os for each key press. One more thing I noticed, there are only 2 case fans, one in front and one in back. For a PC sold as a gaming rig, this is a little slack. I would prefer at least one more in the top of the case. All-in-all, I consider this a good mid range gaming rig, but it could be a little better

Pros: Handles everything Ive thrown at it!

Overall Review: Make sure all of the wiring harnesses are plugged into the board all the way! I was having the blue screen of death the first day and spent a lot of time on the phone with customer service just to find out my power supply chord wasnt clicked in all the way. So when this comes in and you remove the shipping cushion from inside just make sure everything with a clip connection is snug and youll have on your hands a dank computer. Runs cyberpunk at 1440 really smooth. Also runs music production software like a dream.

Overall Review: This computer more than exceeded my expectations. Have been wanting to build a system since Covid hit but as well all know getting components for a reasonable price has not been the best in recent times. Finally decided to go the prebuilt route and man was I blown away. The stock cooler and ram definitely need upgraded as soon as possible, but the case was super easy to add a H100i AIO into which was a major plus. Definitely need to go into BIOs immediately and enable DOCP, and CPU overclock as 5600x performance will be sub par without. The 3060 TI handles anything I can throw at it at 1440p, 100-150+ on extremely demanding games (2042, Warzone, Forza) and even 200+ fps on most others. Also ended up getting a similar ABS build with a base 3060 for my girlfriend, but this one definitely is most worth for the price. Expect $100-300 in upgrades to storage/cooling/RAM but once done will be a great bang for buck build in current market.

Pros: It was packaged securely for shipping.

Cons: The computer's power supply did not work and had to be replaced.

Overall Review: After the power supply was replaced the computer is functioning now.

Manufacturer Response:
Hello, thank you for choosing Advance Battlestations for your gaming needs. My name is Hutch from the ABS PC support team. I'm sorry this happened to you. We always hope our customers have the best experience with their purchases. We would be glad to assist you with this issue. If you have any additional questions, please feel free to reach out via phone and chat. We would be more than happy to assist you. Thank you. Hutch Your ABS PC Support Team customercare@abs.com 800.685.3471
Anonymous
Ownership: 1 week to 1 month
Verified Owner
Keeps crashing6/9/2022 9:44:38 AM

Manufacturer Response:
Hello, Thank you for choosing Advance Battlestations for your gaming needs. My name is Hutch from the ABS PC support team. I'm sorry this happened to you. We always hope our customers have the best experience with their purchases. We would be glad to assist you with this issue. If you have any additional questions please feel free to reach out via phone, chat, or email. We would be more than happy to assist you. Thank you. Hutch Your ABS PC Support Team customercare@abs.com 800.685.3471