Feel 100% satisfied with your purchase -- with no restocking fees & no return shipping costs* within 30 days of delivery. Learn More
This item is currently out of stock and it may or may not be restocked.
Out of Stock
Add To ListFound on 5 wish lists 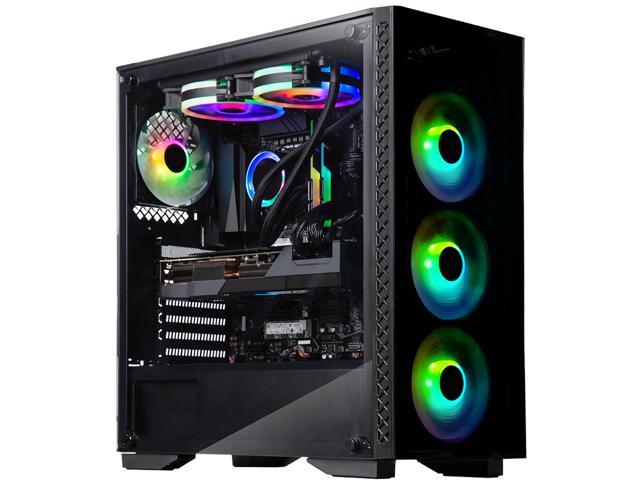 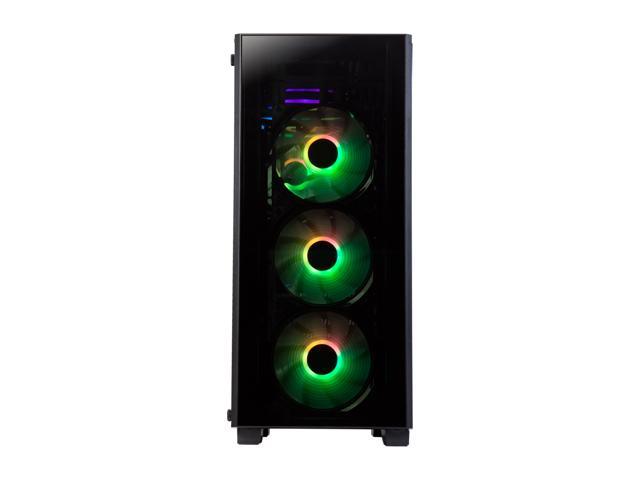 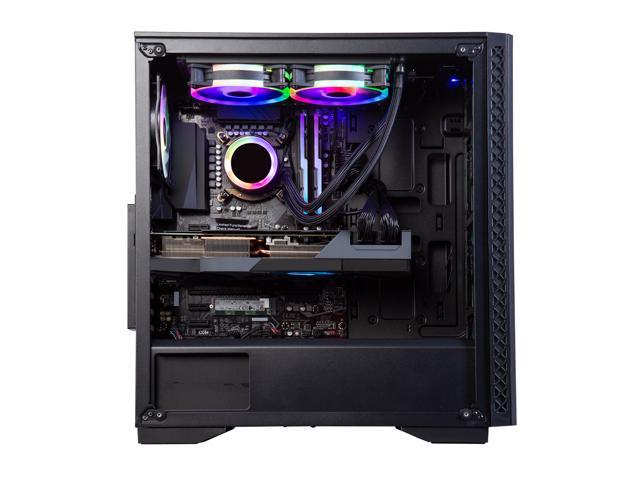 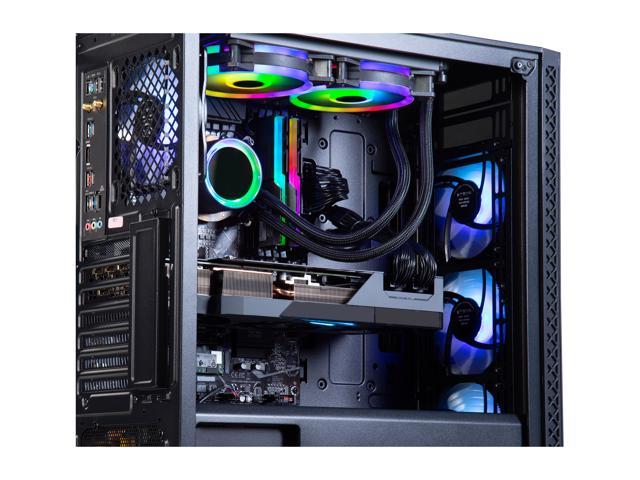 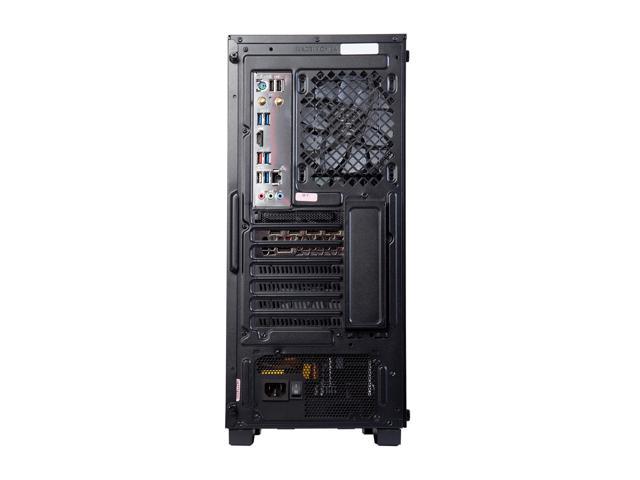 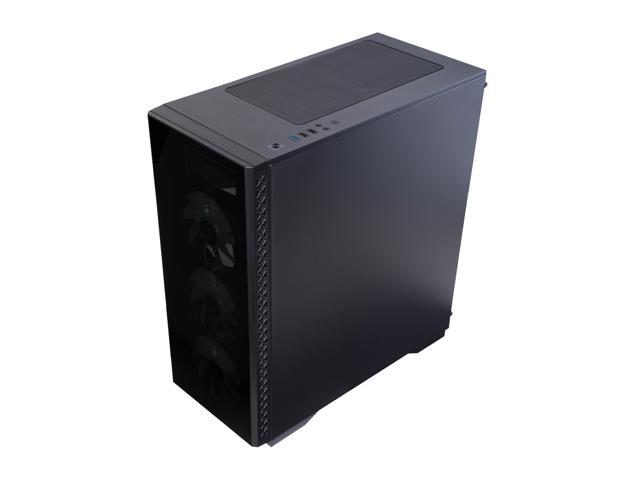 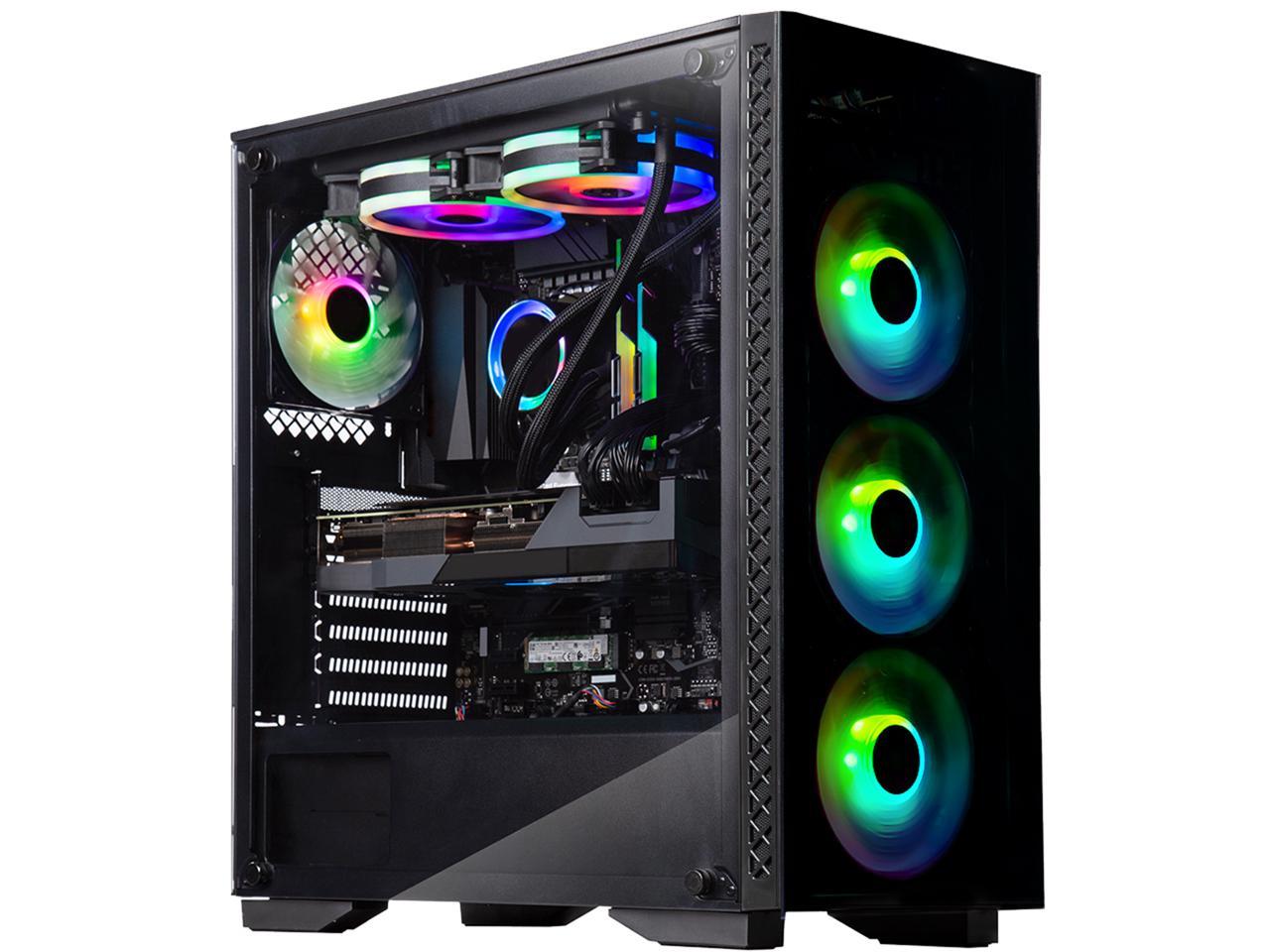 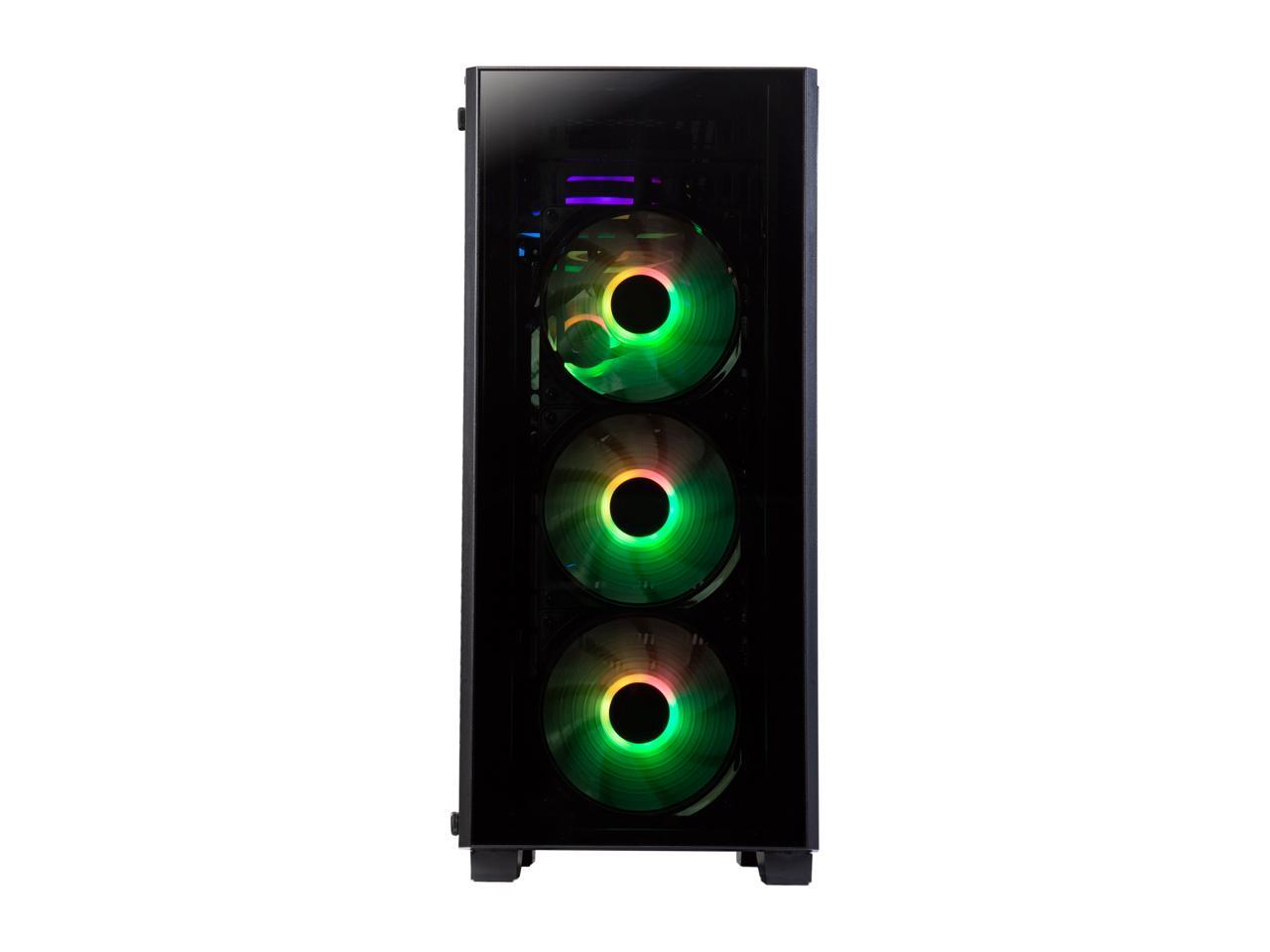 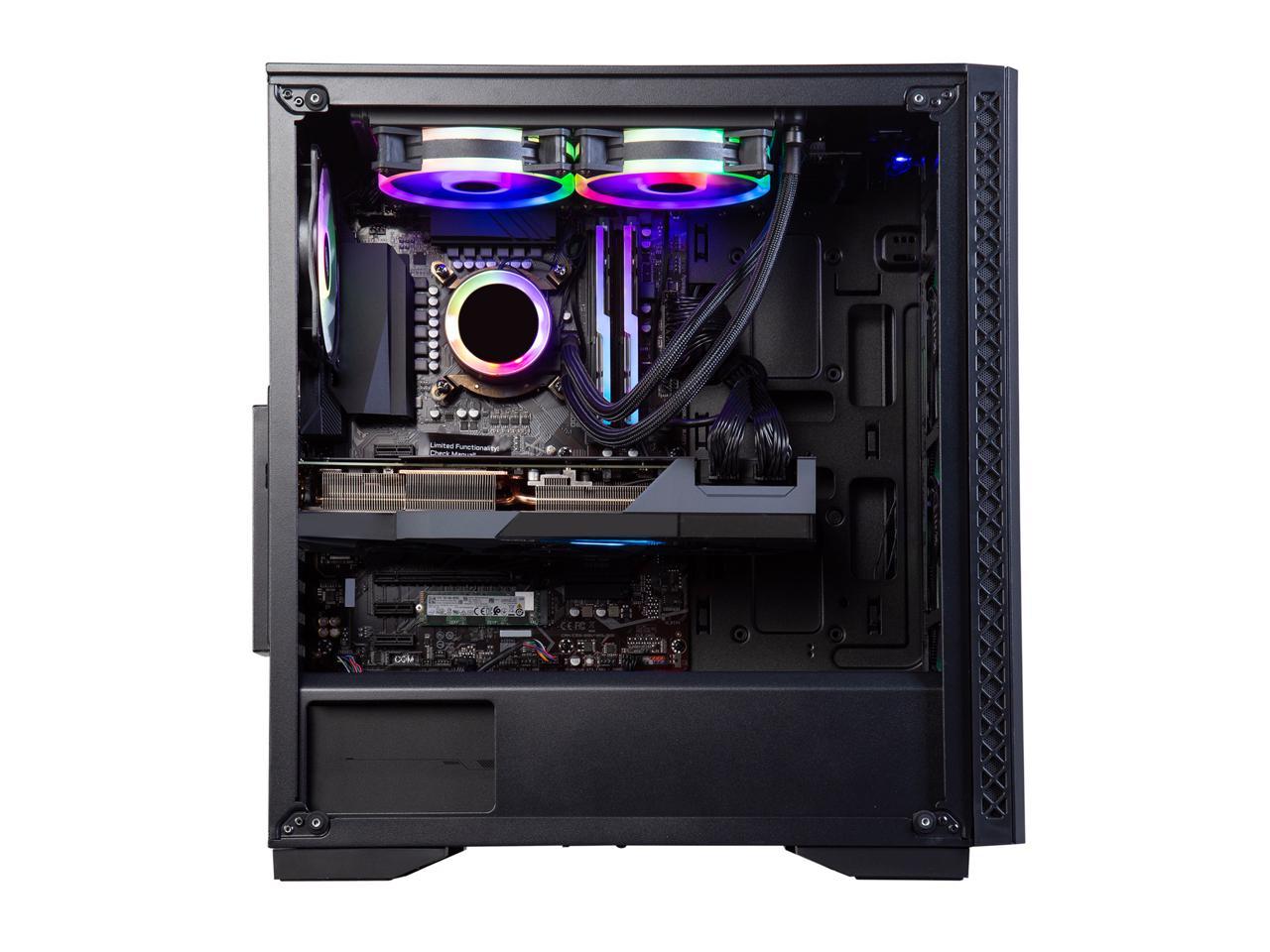 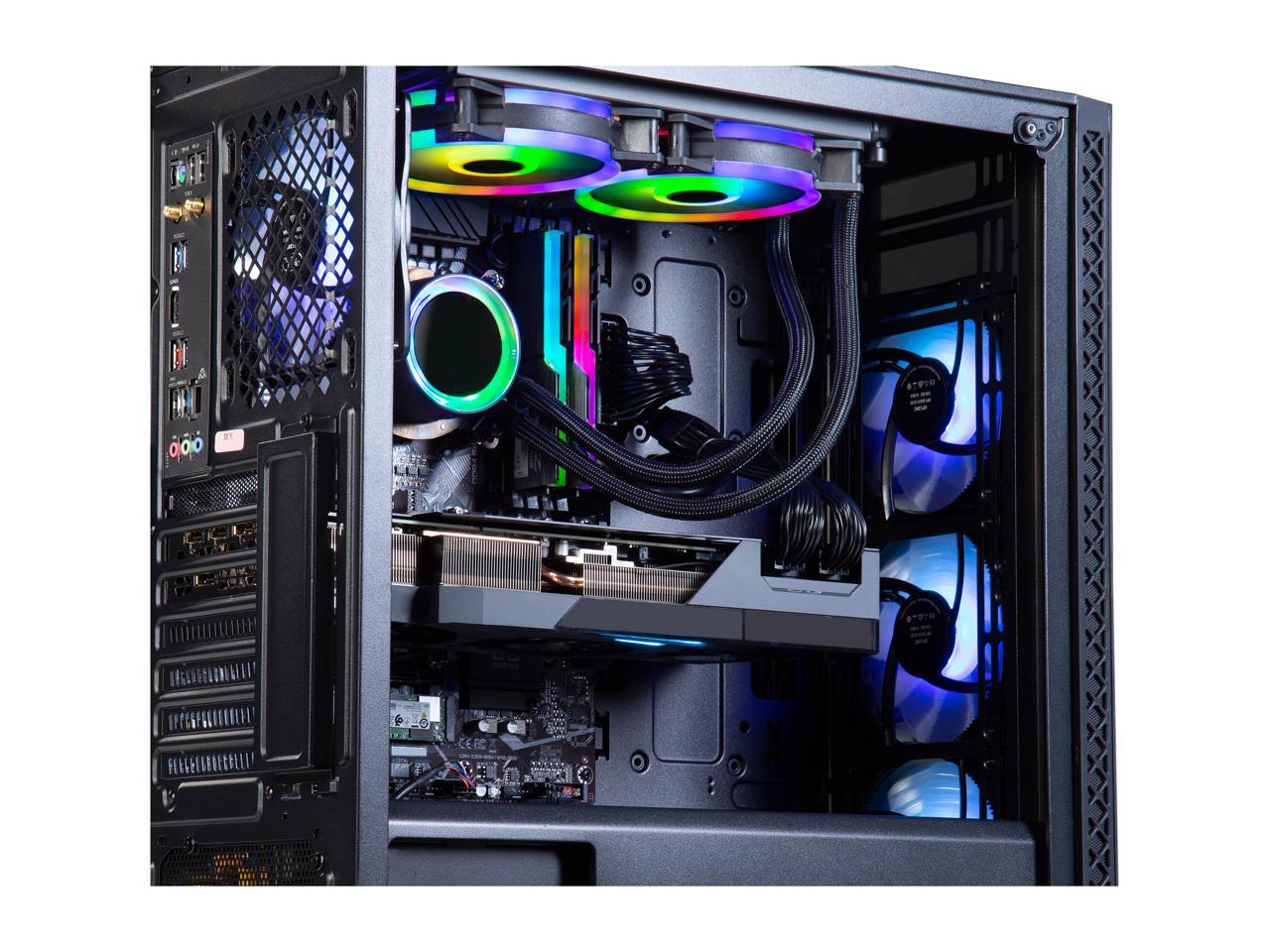 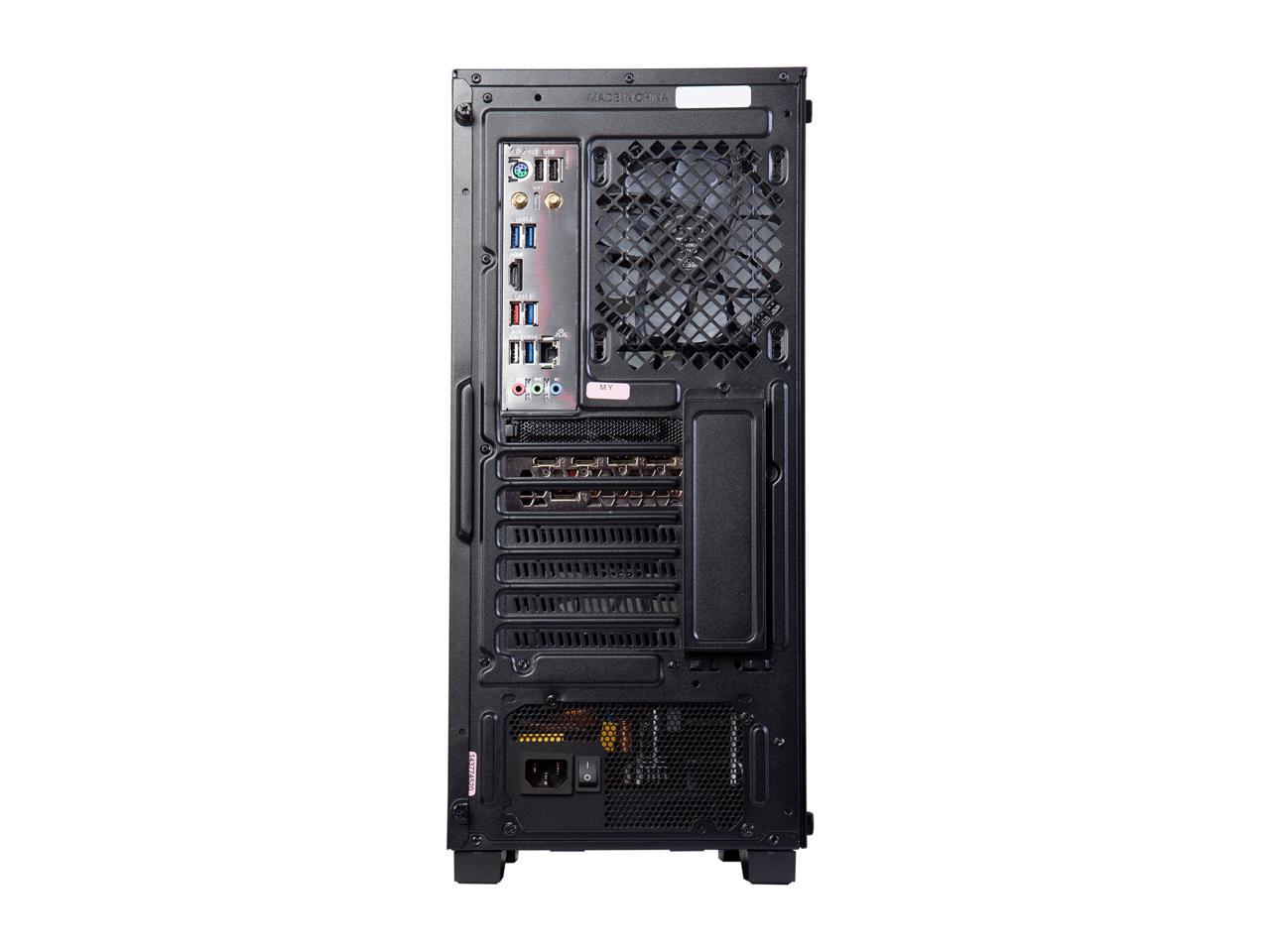 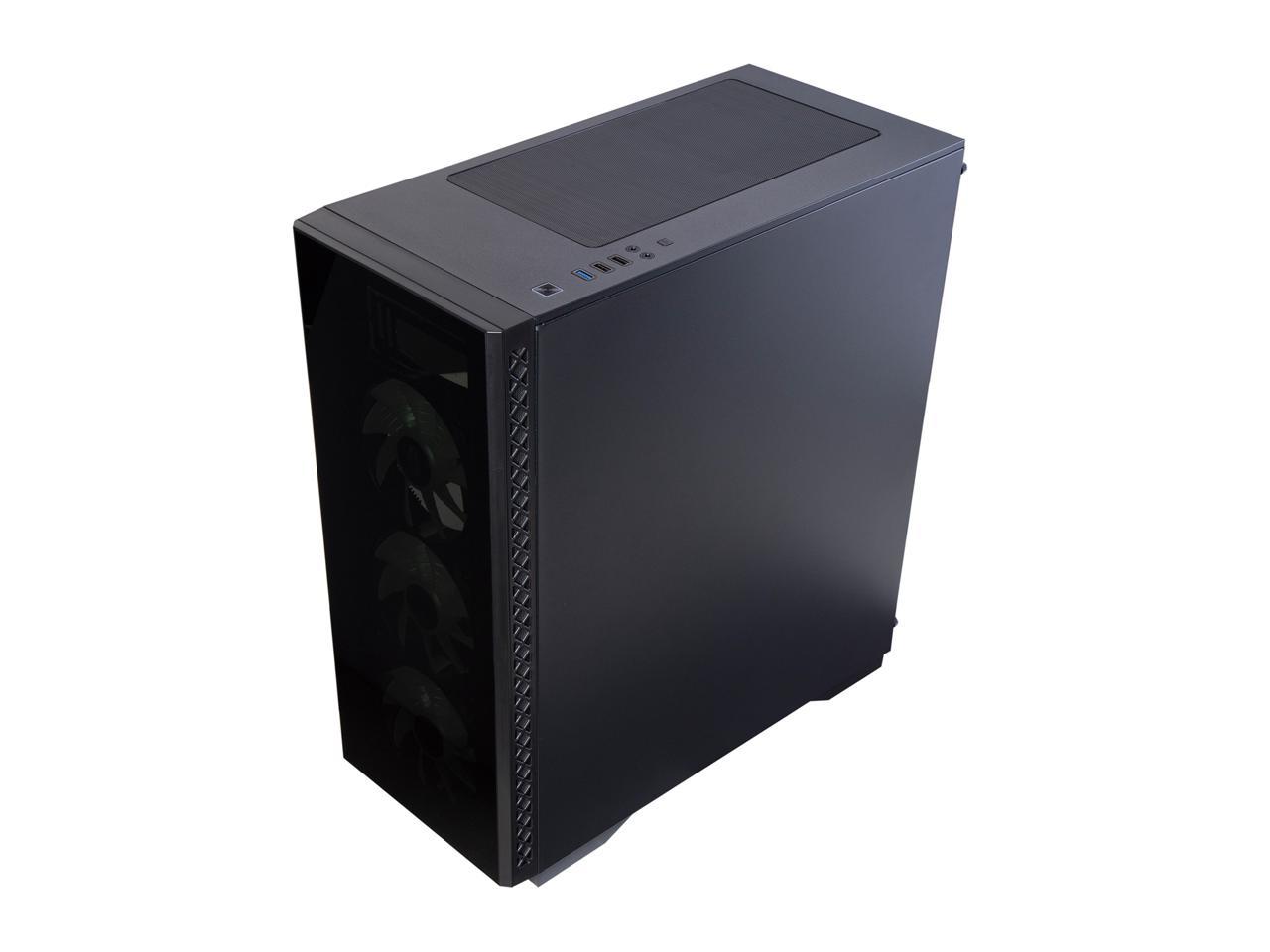 Learn more about the ABS ALI441

Overall Review: Received my computer and had issues just like the rest of reviewers; computer would get hotter than it should and eventually crash during resource intense gameplay. I couldn’t believe that they were selling so many computers with faulty hardware so I decided to dig deeper on the software. Updated 3080 drivers and just about every other driver on my computer. No luck. As a last hope, I updated the Gigabyte Z490 UD AC Bios to version F5. Voila! Now it runs perfectly, CPU verbally is in the mid 50s and GPU is the same. Hope this helps some of you guys.

Pros: none at this moment - the machine doesnt work and crashes when trying to play any games.

Cons: Device is crashing and displaying artifacts when playing any game. I have tried Fortnite, Microsoft Flight Simulator, and several others with the same result. I am on the latest graphics drivers from Nvidia and I have to say its super disappointing to have a 3080 in this beast of a machine and not be able to play any games. I will update my review based on how they are able to handle this issue. As of right now I am not happy. The machine came with a EVGA 3080 Black for those who might be wondering

Overall Review: Disappointed - at this current time device is not functional.

Manufacturer Response:
Dear Cliff, We are very sorry for the inconvenience that you experienced, we would like to fix or replace your system for you. Please contact us at (800)685-3471 Monday - Friday between 8:00AM to 5:30PM PST or email your information to customercare@abs.com so we can begin to fix the issue for you. Thank you again for considering ABS products, we look forward to resolving your concerns. ABS Customer Support
Anonymous
Ownership: 1 day to 1 week
Verified Owner
Watch the assembly9/25/2020 8:29:56 AM

Pros: -Rig is pretty solid once it actually boots, tried a couple games all of which were pulling a steady 150+ fps at max settings at 1440p. -Came with an EVGA 3080 Black

Cons: - 3080 was installed daisy chaining the same 8 pin cable. Not a huge issue since it "works", but no reason not to use two cables even for a slim chance at better stability - Rig would not boot after unboxing and checking all the connections. VGU light on the included z490 was lit. Pulled 3080 out, tried to boot, it booted fine. Put 3080 back in, still no dice. Took the 3080 out again and put it in my 6 year old rig, it worked fine. Went back through and re-checked every connection and reseated the RAM and the 3080. Suddenly it boots with no problem. No idea what the mobo was flagging, but spent two hours going through and having to check everything and rule things out one by one.

Overall Review: All the components included, minus the NVME, were well known brands and solid stuff. Came packaged well. Only reason it scored so low for me is because the entire purpose of purchasing this, besides the fact that it had a 3080 in it, was to save me the time of having to do the assembly and cable management but I ended up spending about half of that time fixing whatever the issue was anyways. I've been building PCs for 15 years, and while I'm not immune from human mistakes, I don't feel like I missed anything - if it's a prebuilt I should be able to unpackage, plug it in, turn it on, and be good. If this had been bought or given as a gift to someone less tech inclined, who knows how long it would take them to resolve the issue.

Manufacturer Response:
Dear Valued Customer, I am writing to express my apologies for the inconveniences you have experienced with our new 3080 system. Your review is important to us and we appreciate your feedback. It seems like the RAM may have been loosened during shipment and that was causing the no post issue. We validate each system rigorously through various stress tests prior to packaging and shipping them out and we deeply apologize that you had to diagnose the system to make it boot. We took your concern about daisy chaining the same 8pin cable to power the GPU and will address to our assembly line to consider 2 separate 8 pin cable to power the GPU. Please contact us at (800)685-3471 Monday - Friday between 8:00AM to 5:30PM PST with any questions and concerns and we will make sure to address your inquires. Thank you for your time and thank you for considering ABS products. -ABS Customer Support
Eliezer M.
Ownership: 1 day to 1 week
Verified Owner
This computer turns too hot and becomes unusable.10/3/2020 7:06:53 AM

Pros: It is a beautiful machine with a lot of nice features. Great GPU. Inadequate case and cooling AIO.

Cons: -It turns too hot. It crash when the CPU reaches the 94C and it is so hot that it does not allow me to turn it off. -Games are unplayable because it turns too hot. And it is because the CPU temperature, not the GPU. The side glass becomes very, very, very hot in the upper, CPU part of the case. -The motherboard does not has a USB C type port and it has no SPDF port, though I can live with this because I can add a dedicated sound card. -The case is too enclosed with glass (front and side) and it does not allow air flow to cool down the CPU. -The Gamdias cooler does not do a good work. It blows but with no result.

Overall Review: This is my second review for this system. The first now was never published. I am a loyal ABS customer and want to love this but I will hat to ask for a RMA for this item since I am not able to use it as it came. It needs another kind of case and a another cooler. The GPU turns hot but keeps working (I updated the drivers). The problem is the CPU and the cooler. Metro Exodus crashes in 5 or 10 minutes after beginning to play. Other games crashes too because high CPU and general temperature. As it is right now, this system is only good for word processing and web surfing and even watching YouTube videos turns too hot. My experience with previous ABS system was very good (the previous computer has a mesh front case). I think this system configuration is not adequate for gaming.

Pros: -parts all worked on arrival and had no problems starting pc -for the price you are getting pretty good value

Cons: the wire management was not great at all, I wanted to install an additional hard drive in the pc and doing so was a nightmare. I had to unscrew the power supply from the back panel and tilt it to the side in order to access the psu past all of the wires. The system does run somewhat hot for my liking, I used several programs to get my temperatures and after running several benchmarks and gaming for several hours I have gotten cpu temps topping at 83c and sitting usually around the lower to mid seventies.

Overall Review: Overall I am very happy with the computer and other than the wire management being terrible and temps being a little high I have no real complaints. I agree with other users that a case with better airflow may be a good idea, but since I'm not planning on overclocking I don't overly mind. I think if you were planning on overclocking though I would probably not recommend this build, as the heat management would likely not be able to keep up, though I haven't tried overclocking.

Pros: A lot of great components name brand and worked right out of the box

Overall Review: I am requesting a replacement hoping that the next one will work. I have checked all the cables from the graphics card and everything is plugged in, but when I open the Nivida control panel it says no graphics card is found, so I don't know what the issue is. I've built PC's in the past so I know what I am looking at. It seems that they don't do any quality control at all. My PC has several scratches and there were lots of component driver updates that needed to be done. Paying a premium here for a prebuilt computer so I expect that they do some work other than quickly putting the computer together. The cable management is just horrible. Things have just connected without doing any management, everything just shoved in the bottom. The prongs that are used make no sense because there's no order and everything seems to be randomly hooked up.

Cons: - Computer did not ship functional and should have been easily updated at the factory before so many reported problems. - Case is pretty bad until you move the fans away from the front glass but even still everything gets pretty toasty.

Overall Review: I do not know why Newegg/ABS would ship this computer with an outdated bios that does not support the CPU in this build. On the motherboard CPU support page it says it needs at least bios F5 to run the 10850k but mine was shipped with F2. I updated the bios to F5 (the latest) and everything seems to be working fine now.