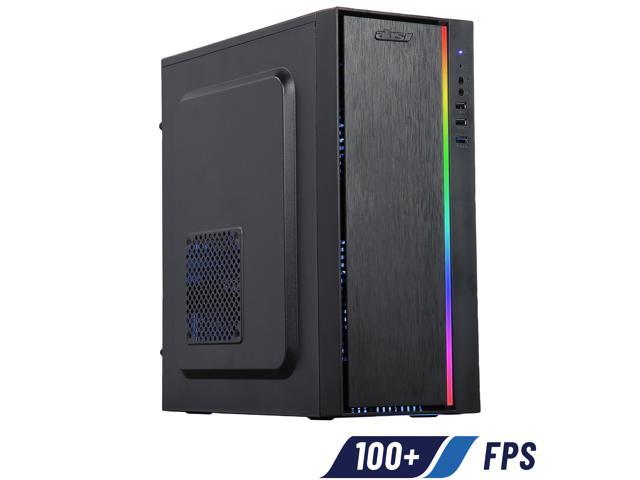 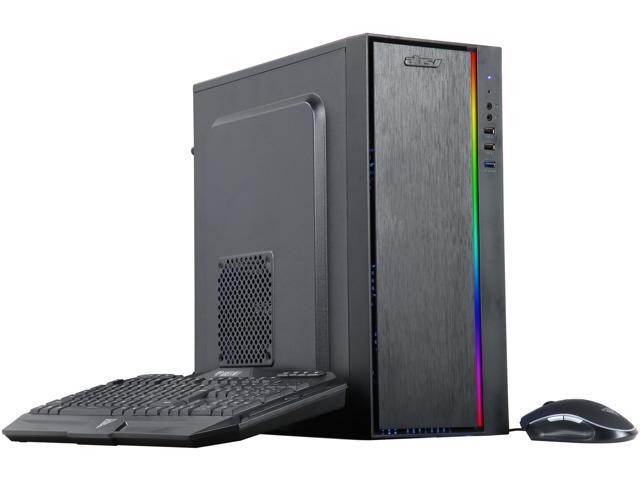 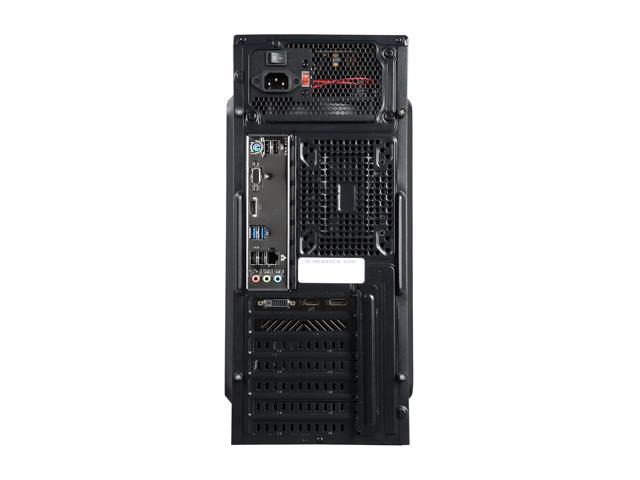 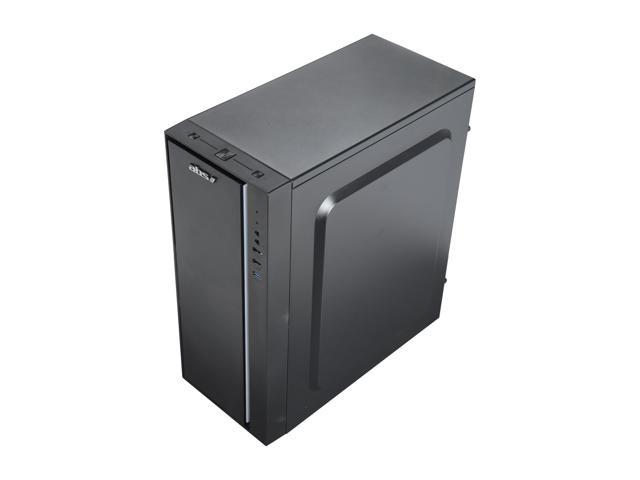 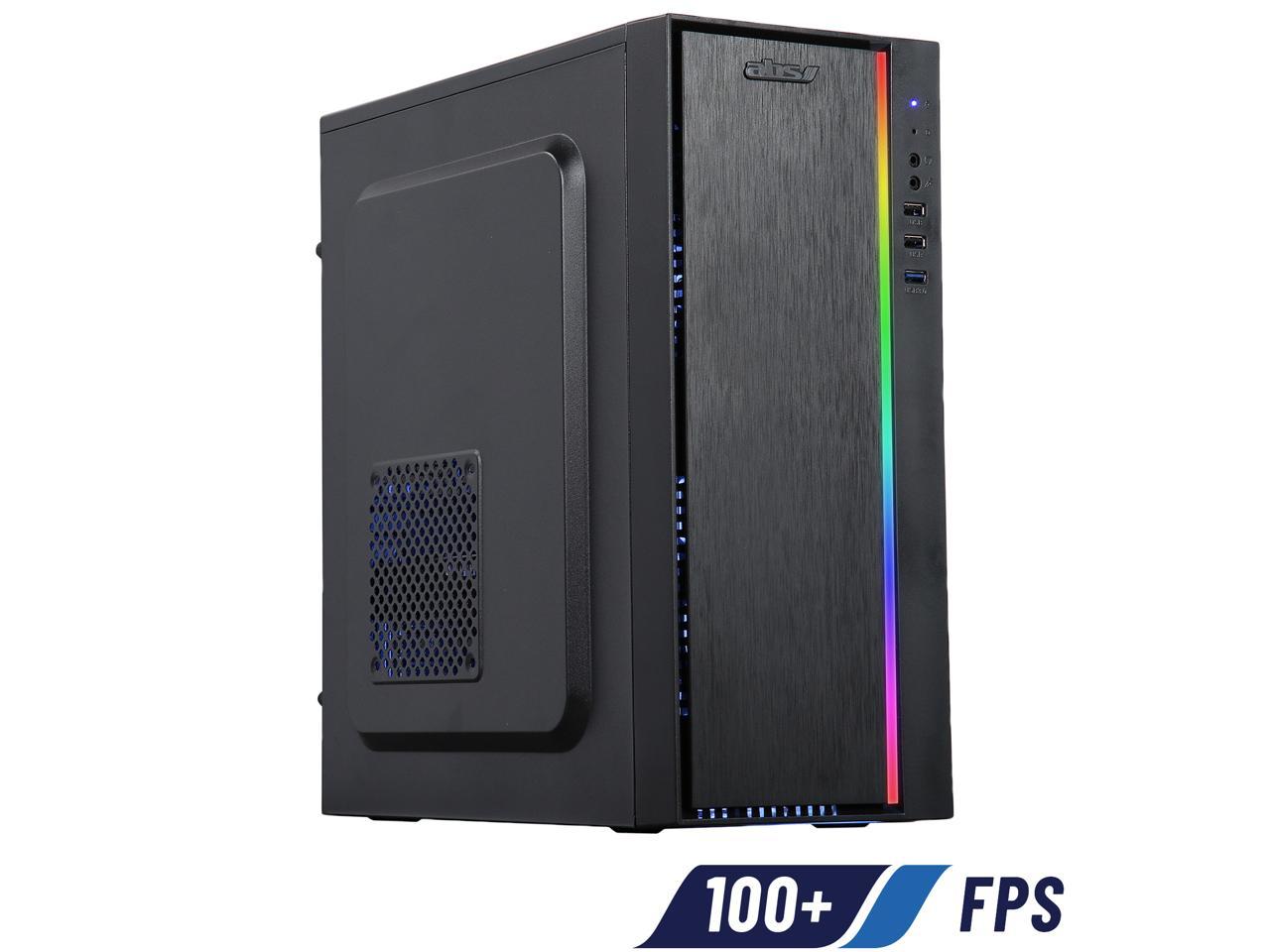 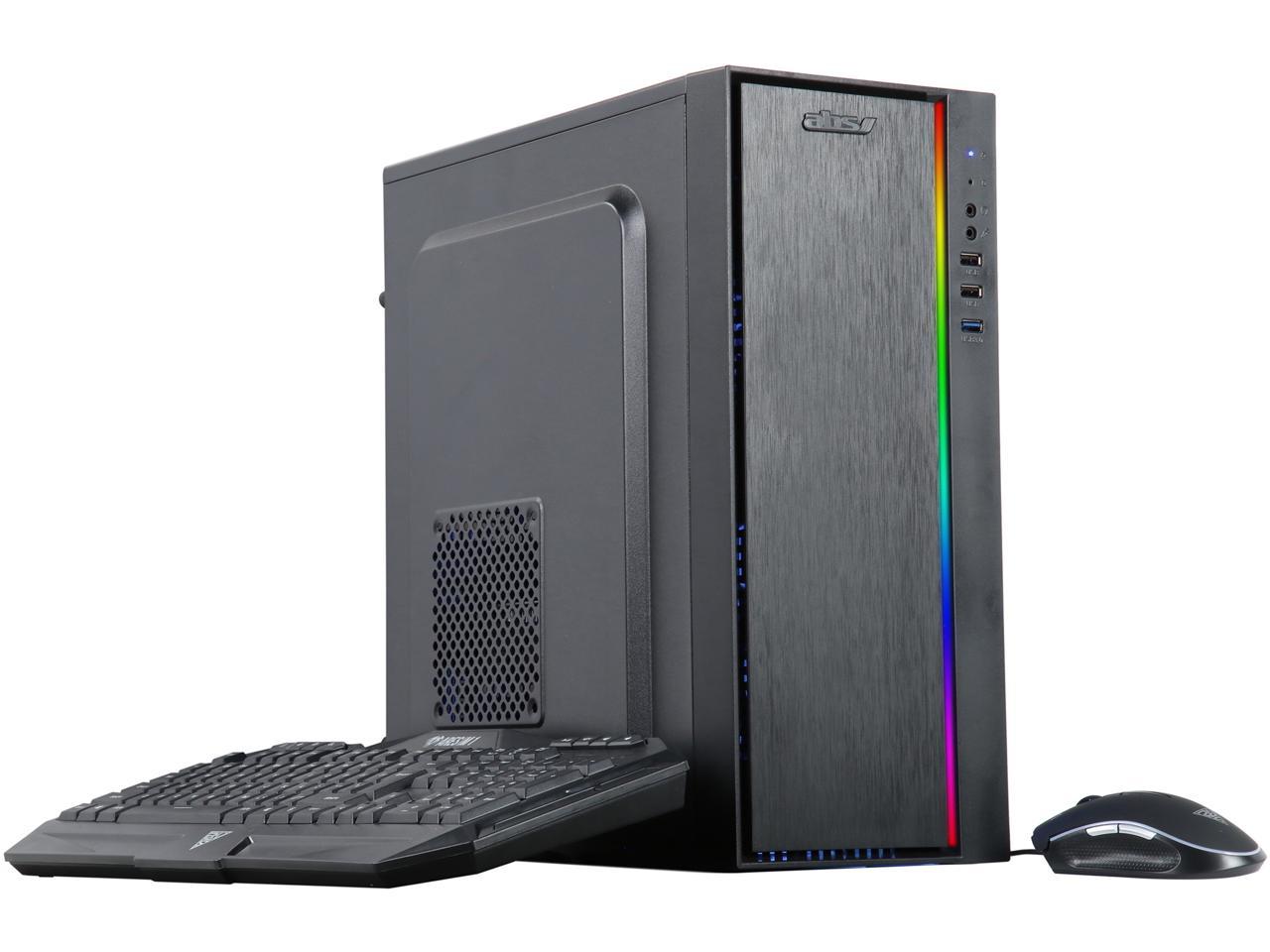 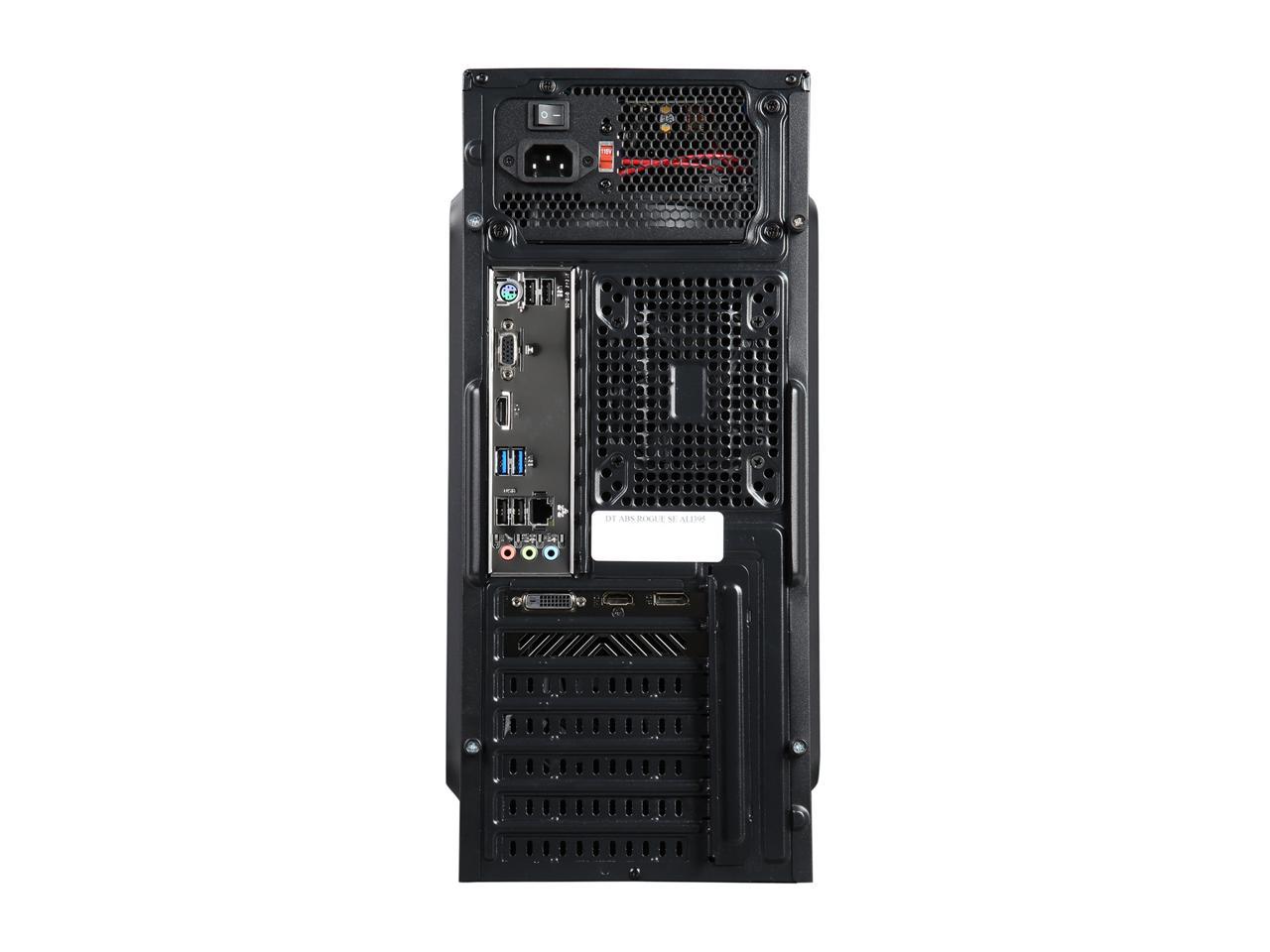 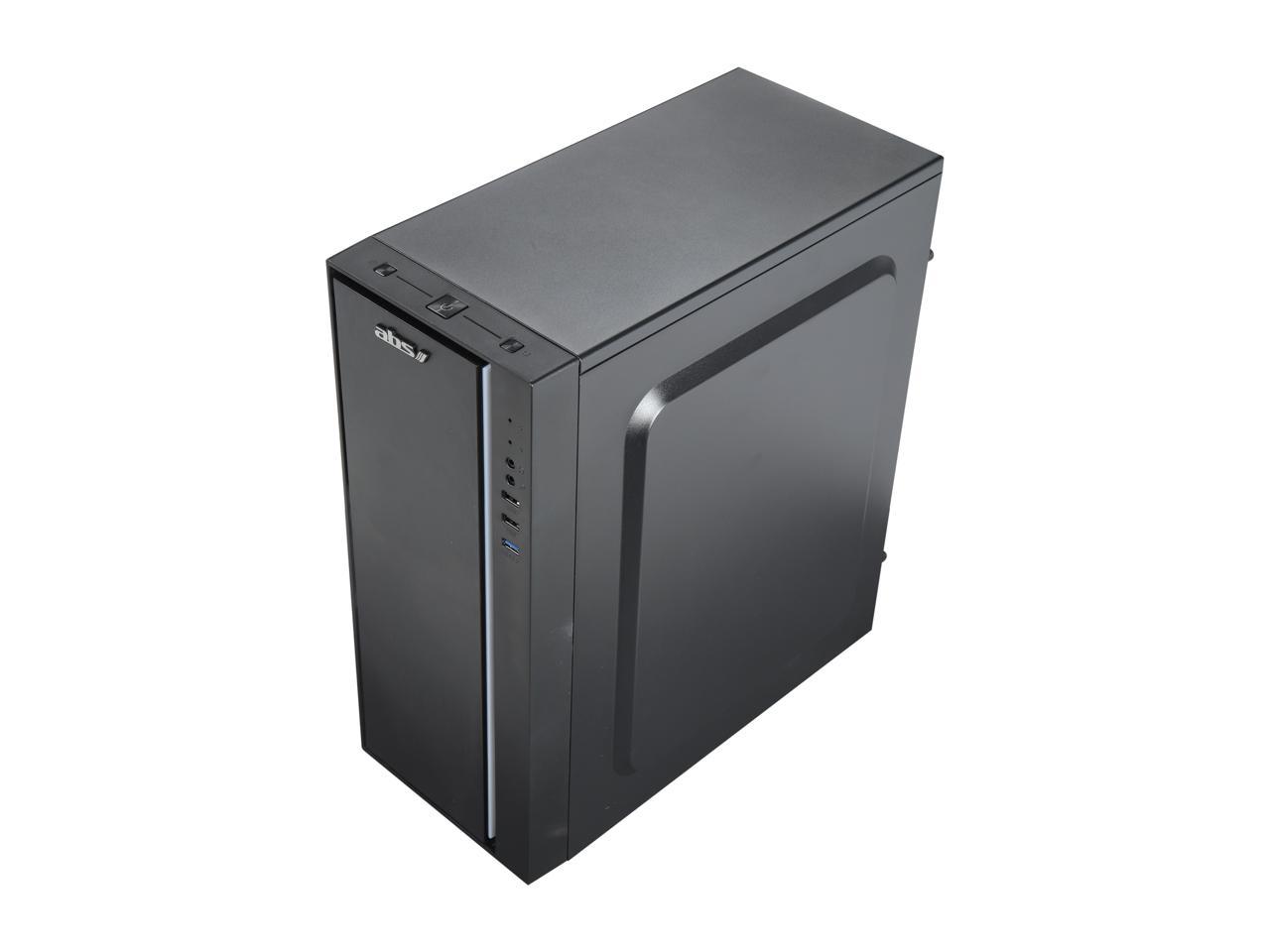 Learn more about the ABS ALA210

Pros: -Came fully set up. Just had to walk through the Windows setup as normal -Has space to upgrade: Can fit one more 2.5" Solid State drive and one more 3.5" SATA Hard Drive. This was good as I wanted to put my existing 2TB drive in for just a bit more storage -Super quick. My first SSD hosting Windows and I don't know if I will go back -Packaging was top notch. All components arrived safely with no damage. Cable management is great inside and it looks good too through the tempered glass

Cons: -If/when you upgrade the RAM you'll have to remove the existing sticks and add larger sticks in their place. I'm happy with what's there for performance so far -Does not have built in WiFi receiver. I robbed one off my old tower and plugged it into the available PCI slot. Very minor as I run a hard wired connection anyway. -Oh, and redeeming the Fortnight Bundle was not as straight forward as I thought. You'll have to download the NVIDIA GeForce Experience app on the machine to do so. This is just a minor complaint though

Overall Review: My purpose for this is some light gaming and music mixing. So far has all the ports I need, can run Overwatch at Ultra settings with no issue, gets done what needs doing and I'm very satisfied overall with my Newegg experience. Now if I can figure out how to turn the case lighting off I'll be happier. Will update this review in a few months' time after some use. Cons: Will not let me do anything because the blue screen of death pops up constantly

Pros: The computer can run less demanding games very well and slightly demanding games at the advertised 100+ FPS at full graphic settings. Highly demanding games drop in performance, but you can still get at least 60 FPS out of most of them. As far as aesthetics go, it only has one strip of LED lighting which can change between a couple dozen different color patterns (solid colors, blinking colors, and one really nice looking smooth transition RGB display as shown in the picture). Personally, I really like the look.

Cons: My one problem has to do with the noise. When on you can hear a pretty soft humming running and if it is running a game demanding enough for the fans to kick in it can get fairly loud (I would say just a bit lower volume than softly speaking to someone). I got around this slight problem pretty easily as just wearing my headphones would be enough to cancel out the noise, but if you don't have any decent quality headphones, the noise might bother you.

Overall Review: If you are looking at this for your first gaming pc it is important to look at what monitor you will use. If you only have a 60 hz monitor, you won't really tell a difference between 60 fps and 100+ after all. For this computer I'd probably recommend a 144 hz monitor as there aren't many games where you will be pushing over 144 fps making a 240 hz monitor a little overkill but you will routinely pass 60 fps. That's just my advice though, in the end the decision is yours.

Overall Review: If you are needing to upgrade like I did then you can not go wrong with this tower! You can play FallOut, WoW, Sims, CIV (games I have played so far) without any issues.. No lags, no skips, no jumps. There is almost no sound to my tower running when I have things set at Ultra, and the tower temp stays in normal range. The tower does light up, so you do get that little pizzazz with a common shell.. It comes very well placed in the box, so no worries of items being bounding about in the box.

Cons: It will not support 32GB of ram. I guessing it's the power supply. It's a little loud even when not pushing it hard.

Overall Review: I recommend this build for a starter. Easy to upgrade to a more powerful machine if needed. All you really need is more ram and maybe a upgraded power supply. A steal for the price in my opinion.

Overall Review: Didn't come packaged very well. Nothing was inside the computer to keep the components from shaking around during shipping. Might be why mine was defective when it was received. I had to send it back for full refund. I bought another ABS computer after returning this one and it had foam inside it for shipping. But with that computer I am having blue screen crashes. Would not recommend ABS computers.

Pros: Prebuilt Good value Can run all of my games no issues

Cons: The mouse (while it does have a DPI button) is not programmable, and if swiped too fast it will lose tracking and change directions. I recommend looking for another if you plan on intense gaming, but for normal use it is good.

Overall Review: This was my first time buying prebuilt, and I was very happy with the process. I was still expecting some level of assembly required, but the only thing I had to do was plug my monitor, keyboard and mouse in. I had also been concerned about shipping a computer as a unit, but this was assembled so there were no parts that could wiggle free in transit, and the packaging kept it very safe. The only downside were the mouse and keyboard seemed a little more "economical" than the rest of the package.