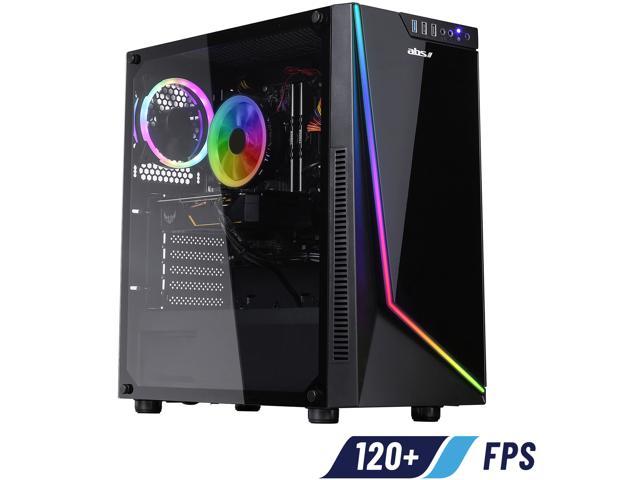 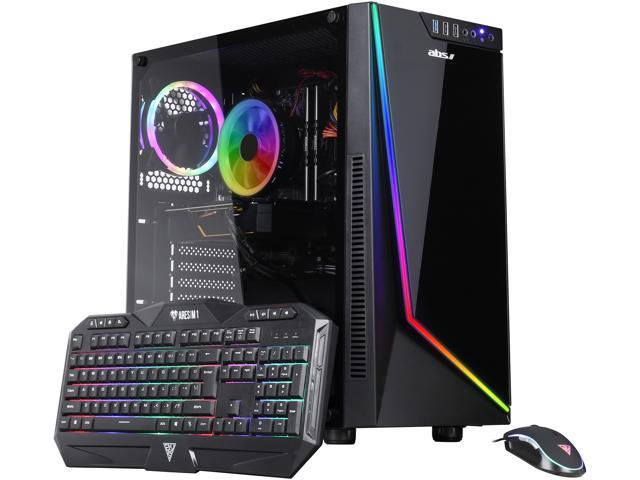 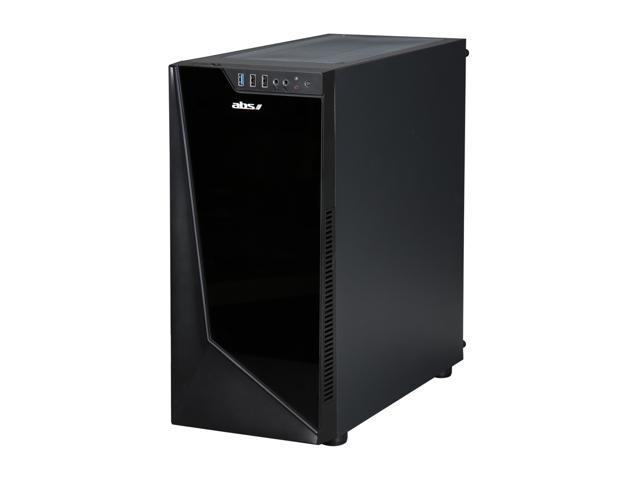 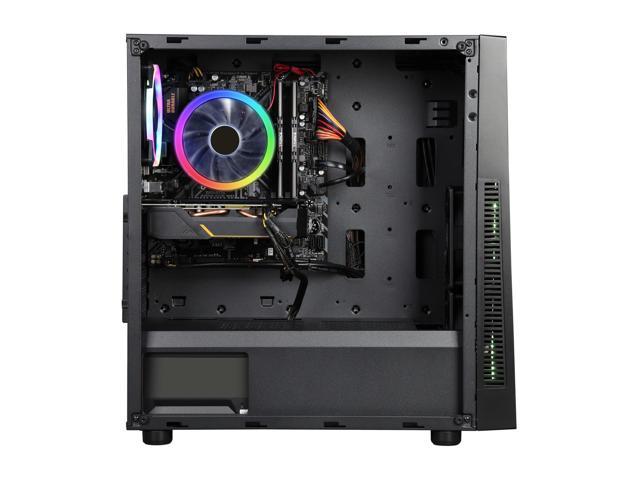 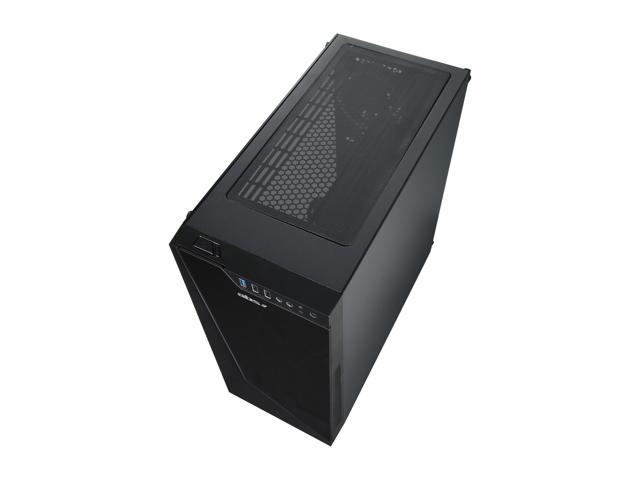 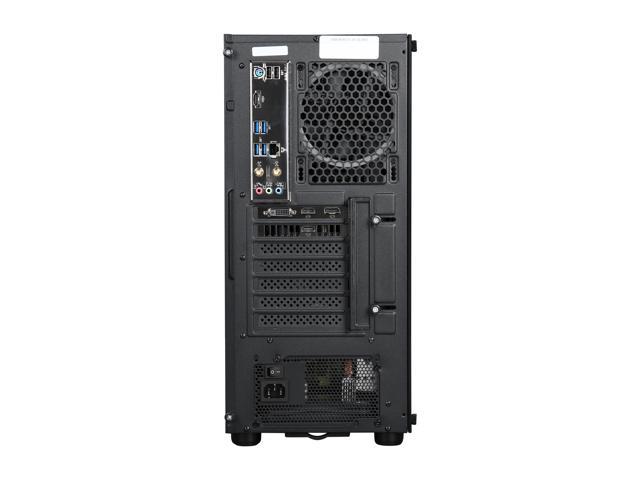 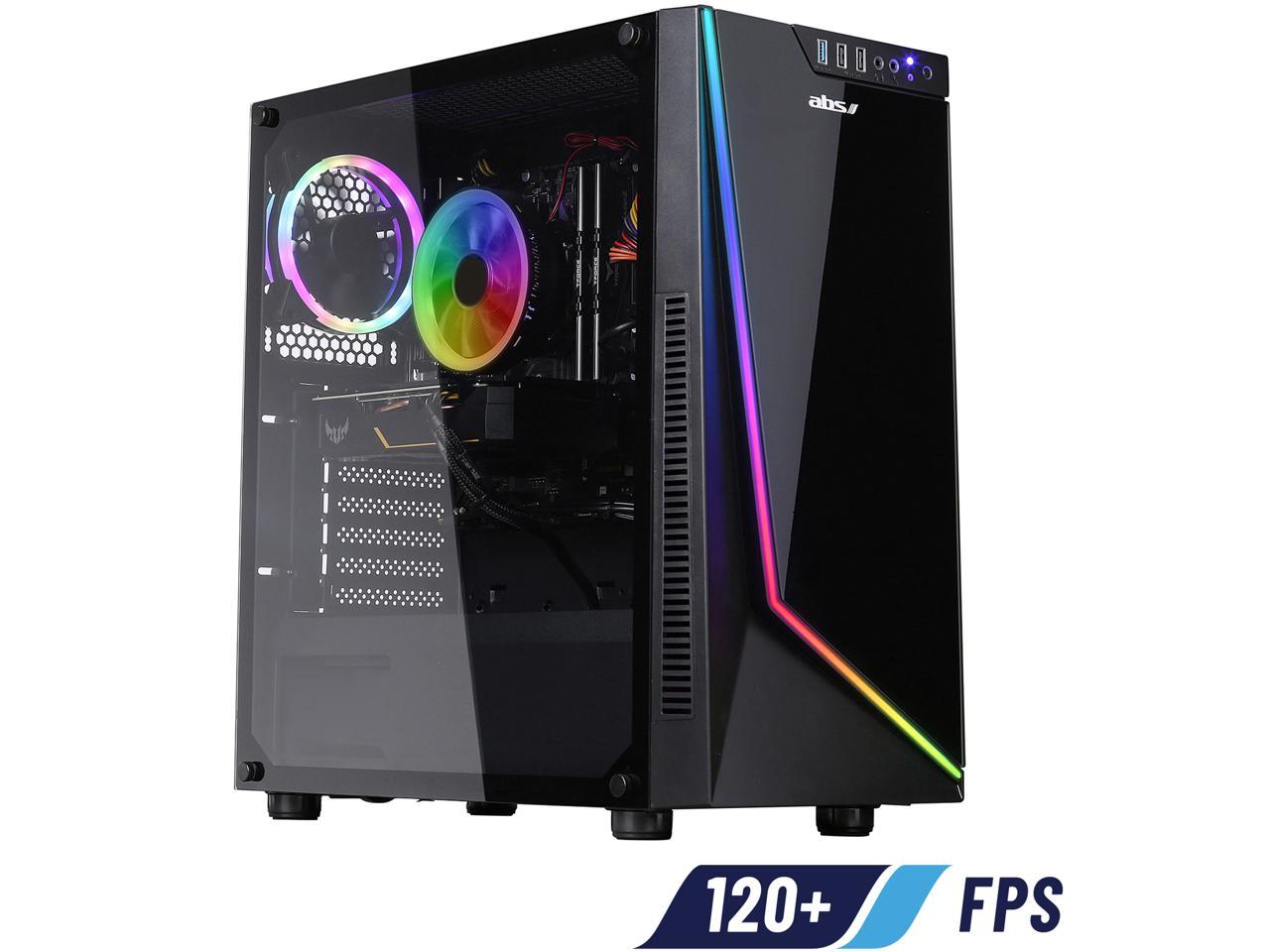 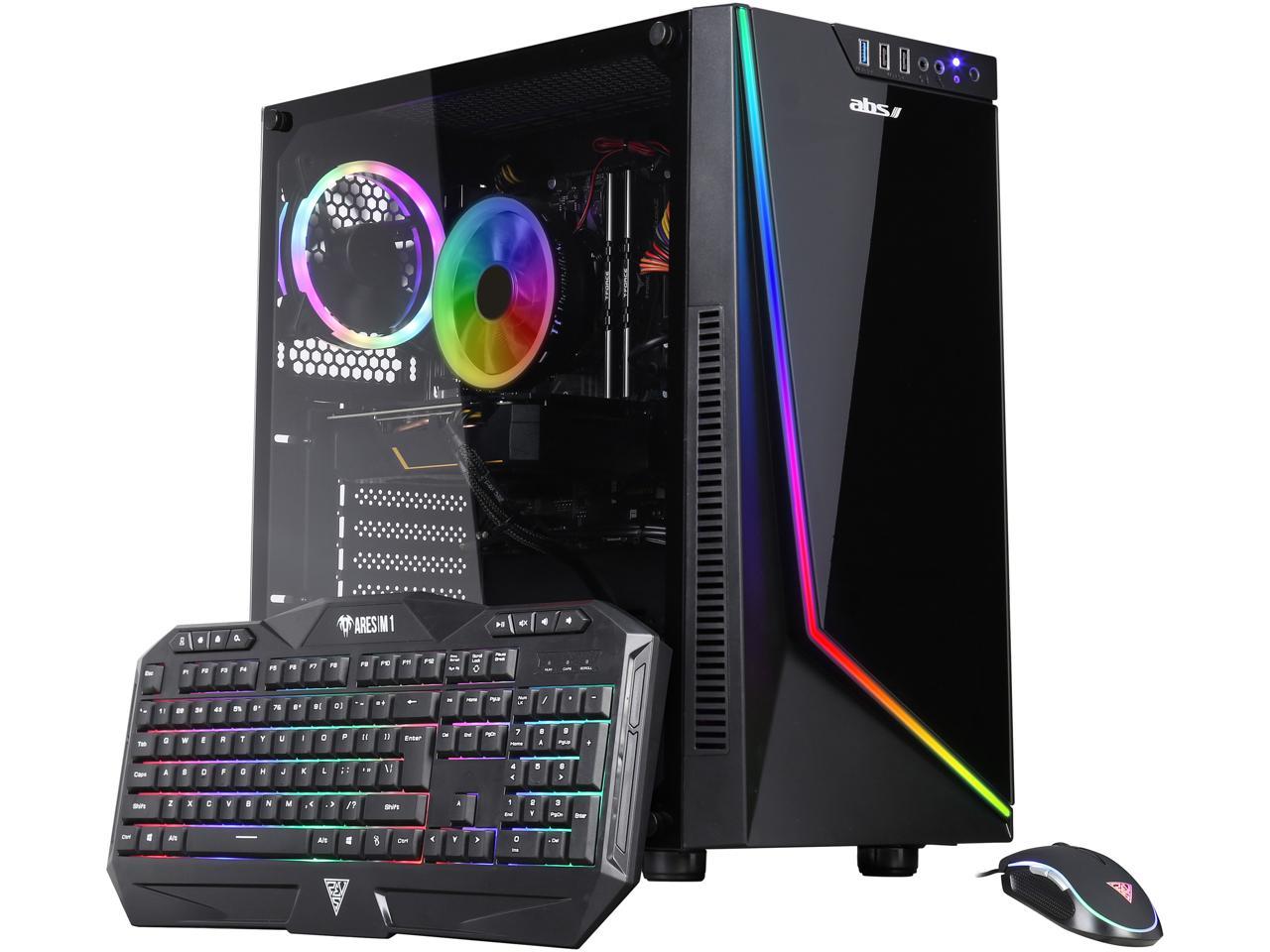 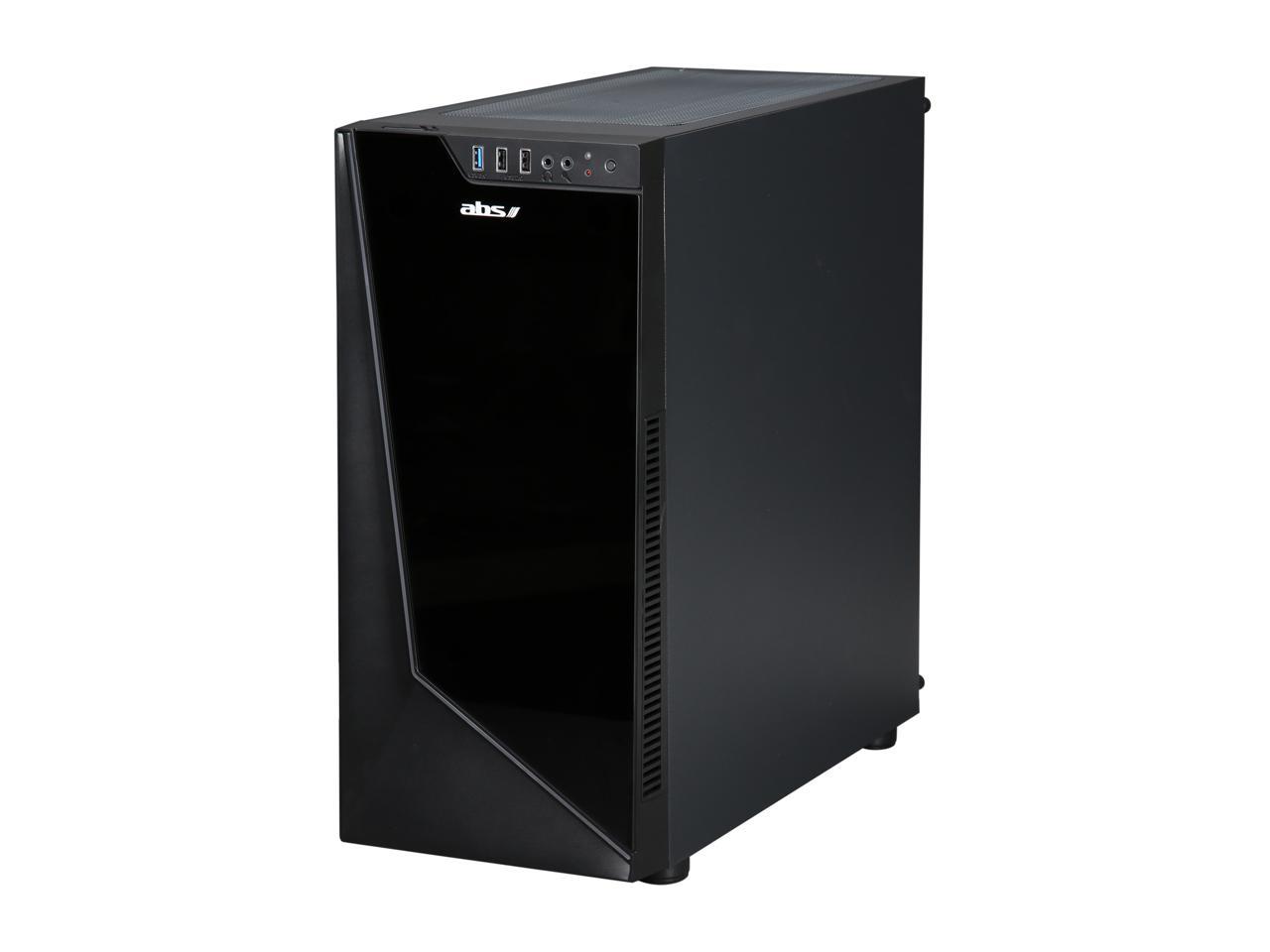 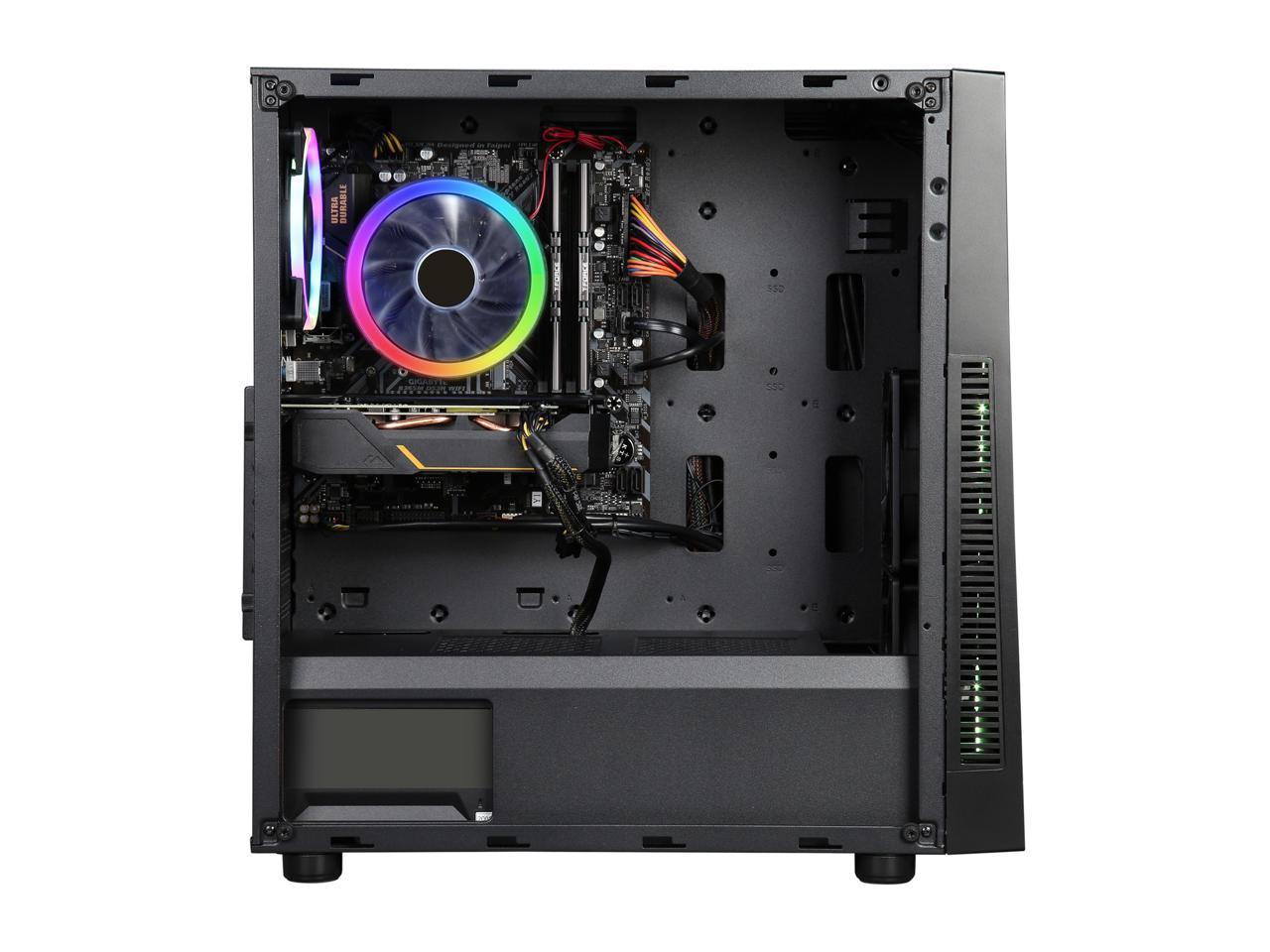 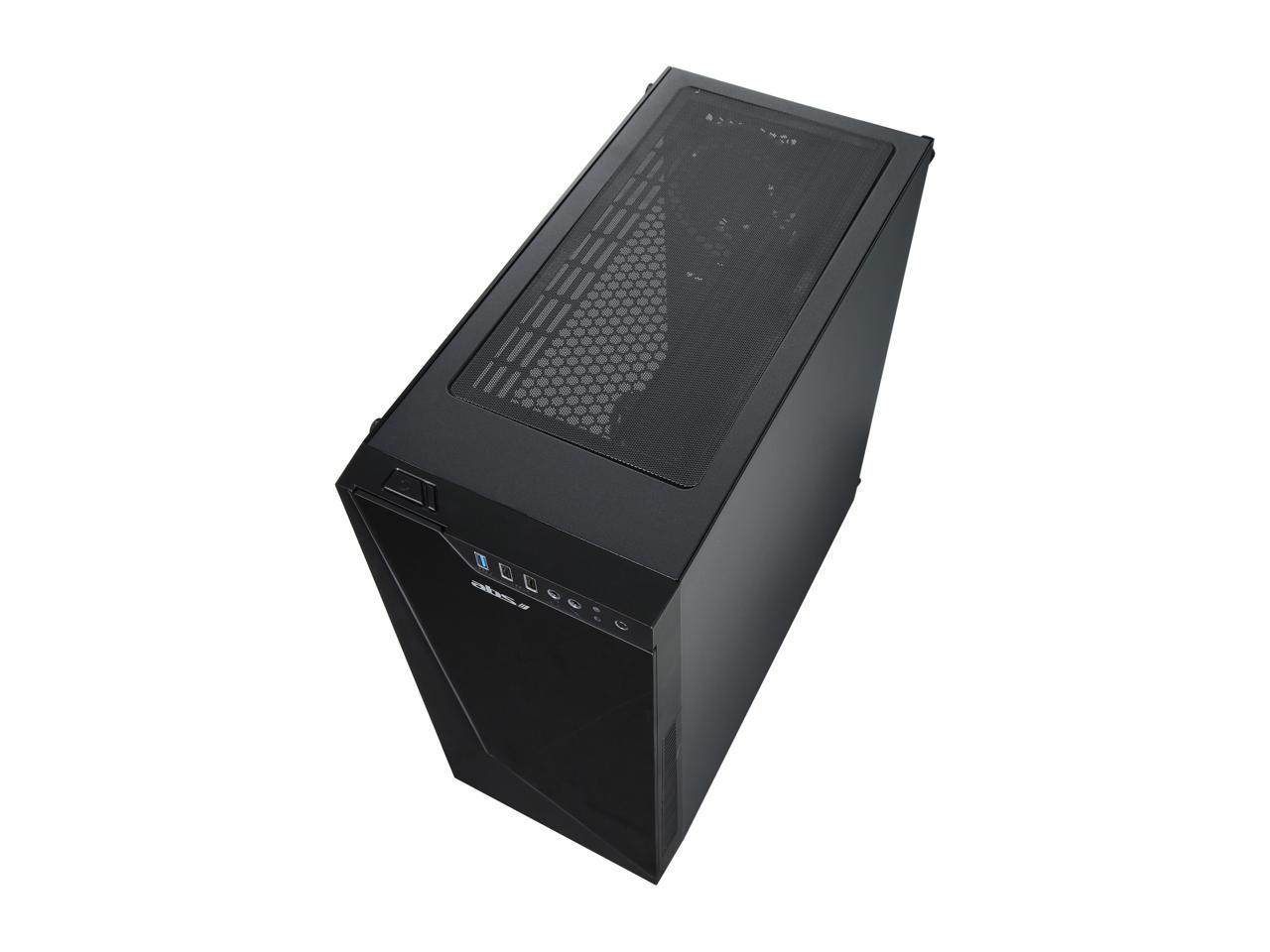 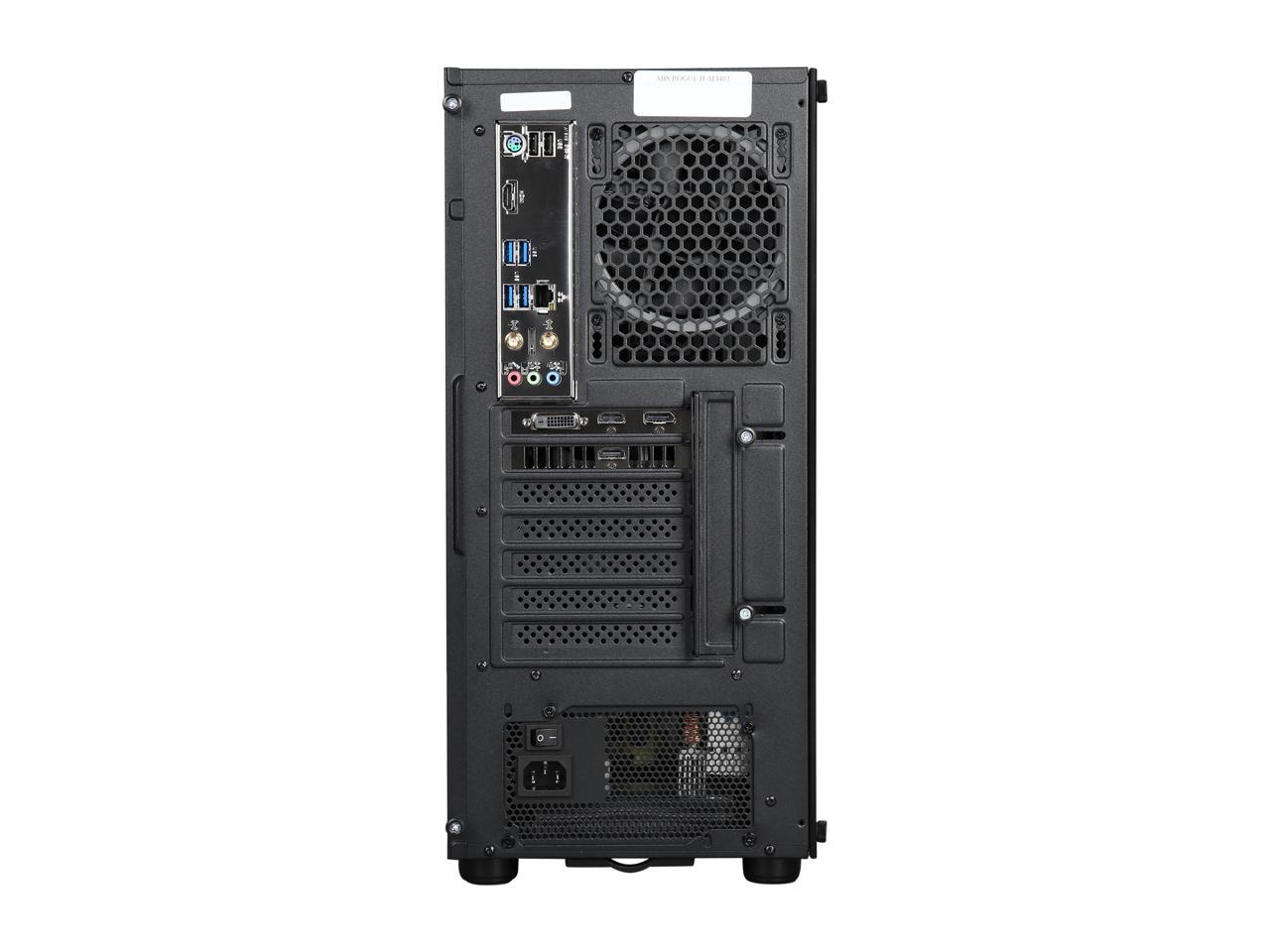 Learn more about the ABS ALI432

Pros: Wire management is immaculate. The build looks clean as can be. Case is cool.

Cons: So, for starters, the heatsink sucks. There's just no getting around it. As a benchmark, my CPU temp runs around high 70s low 80s while running a game like Overwatch on the 3rd highest settings (high). Destiny 2, same story but runs a few degrees higher. Divinity 2? Slightly lower than OW. In addition to this, there was an issue with assembly. The two pins that hold the mounting bracket for the heatsink were not popped in to the motherboard so the heatsink was not properly cooling the CPU. In fact, the heatsink came, out of box, due to this issue. It was an easy fix, but it was just annoying to deal with first day.

Overall Review: I'd recommend the build to anyone who wants to play games right away who don't want to build their own system. In all honesty, I'm torn as to whether I'd repurchase. It works great now and does everything I need to but I will be replacing the heatsink and adding more fans where I can. The system's temp does not run hot, mind you, just want some extra cooling. ABS customer service is very useful, by the way, so if issues do arise, their call center are fairly knowledgeable.

6 out of 6 people found this review helpful. Did you?
Manufacturer Response:
Hello, Thank you for supporting the ABS brand. We appreciate the feedback on our current spec list. We will look into other options for cooling depending on parts availability in the future. Your voice is heard! -ABS Customer Support
Anonymous
Ownership: 1 day to 1 week
Verified Owner
Looks great!9/4/2019 12:13:44 PM

Pros: So far so good!

Overall Review: Just bought this, and it came in the mail well protected. Turned on with everything already setup. I'll update this with more information shortly.

Cons: The windows product key was nowhere to be found and there is no 16 GB Optane Memory ...is missing.

Overall Review: I'm hopeful customer support will help me with this issue.

Pros: I purchased this PC for gaming use only. I’m a casual gamer that was tired of missing out on what PC gaming had to offer. After a lot of research, I’m glad I chose this system. It does everything I need it to and I can play every game at max settings. I’m really glad that I went with the 1TB setup and the 2070 S really performs well. Shipping was fast with no issues or concerns.

Cons: The power cable to the SSD wasn’t plugged in. Not really a con but definitely check your cables when you get a PC shipped to you. They tell you to check everything so not really a con in my opinion.

Overall Review: I would highly recommend this product. I almost went with a different setup because I feared the fans would be too loud but it’s super quiet and I can always upgrade the cooling system later if it becomes an issue.

Pros: Packs some serious punch, can handle anything you throw at it on ultra settings. Boots up quick, runs smooth. Really love it.

Cons: Only part that needs improvement is the cooling. I caught the CPU baking at 90C consistently, While running at 75%. Ultimately I had to buy some liquid cooling and leave the case open to get it back down to 50-60C at the same load. Otherwise great product. Highly recommend but be read to get some extra cooling.

Overall Review: I would buy again so long as they improve the air flow in the case and upgrade the CPU fan. Maybe add another fan on the top to push more heat out, or maybe pull more cool air in.

Pros: This thing is great! It runs fast, it looks nice, and every game I want to play runs on ultra settings. A real beast of a machine.

Cons: From what I can see, the RGB lights on the MB/GPU don't work. The system believes they are on but there is no actual light. On a related note, I can't turn OFF the lights on the CPU fan, because the program tells me the fan connector is missing. 95% of the time I don't care about either of these things, but they do prevent a 5-egg rating.

Overall Review: 100% would recommend this setup to anybody looking for a high-end machine. The performance of the computer is amazing and it's likely you won't have to deal with the issue with the lights that I have.

1 out of 1 people found this review helpful. Did you?
Manufacturer Response:
Hello Mike, Thank you for choosing ABS! If there is anything we can assist with please feel free to contact customercare@abs.com or call us at (800)685-3471. We will be glad to answer all your questions in a timely manner. ABS Customer Support
Anonymous
Ownership: 1 week to 1 month
Verified Owner
Great computer8/19/2020 10:09:30 AM

Pros: Everything was installed and ready to go. Just have to remove the foam that was protecting all the components inside and press start !. I installed few games and run it like nothing.

Overall Review: I would definitely recommend buying from that company. I’m a beginner in computer and I had absolutely zero difficulty to make it work

1 out of 1 people found this review helpful. Did you?
Manufacturer Response:
Thank you very much for supporting ABS, we appreciate you taking the time to provide your feedback. If you have any suggestions or concerns please write us as well! We strive to make our products better. If you have any questions about your product please feel free to contact customercare@abs.com or call us at (800)685-3471. We will be glad to answer all your questions in a timely manner. Thank you again, ABS Customer Support
Faisal
Ownership: 1 week to 1 month
Verified Owner
ABS Rogue H8/10/2020 12:39:27 AM

Cons: Missing the two front fans described in the product details. It only came with an exhaust fan.

Overall Review: Good pre-built, but be wary of missing hardware.

1 out of 1 people found this review helpful. Did you?
Manufacturer Response:
Dear Faisal, We are very sorry for the inconvenience that you experienced, we would like to replace missing fans for you. Please contact us at (800)685-3471 Monday - Friday between 8:00AM to 5:30PM PST or email your information to customercare@abs.com so we can begin to fix the issue for you. Thank you again for considering ABS products, we look forward to resolving your concerns. Thank you again, ABS Customer Support