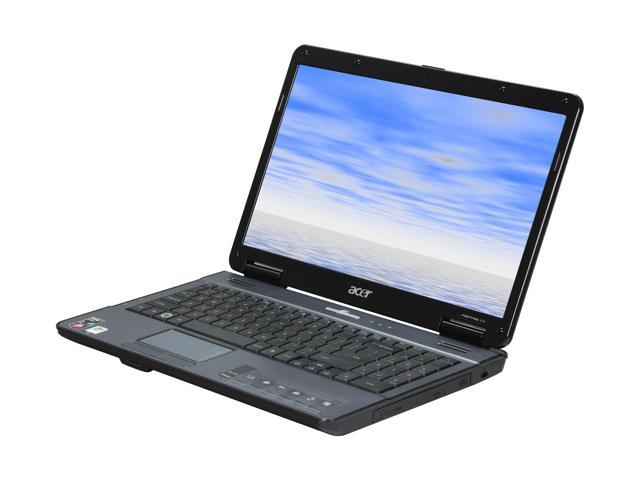 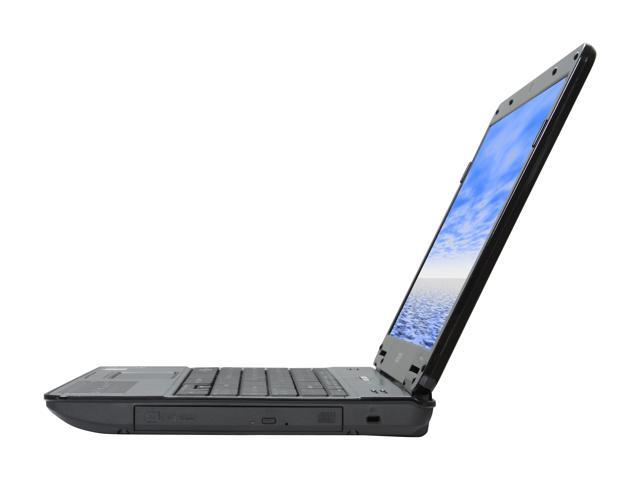 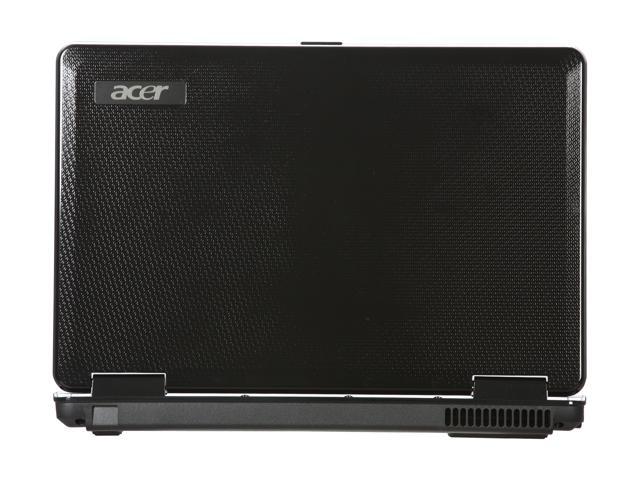 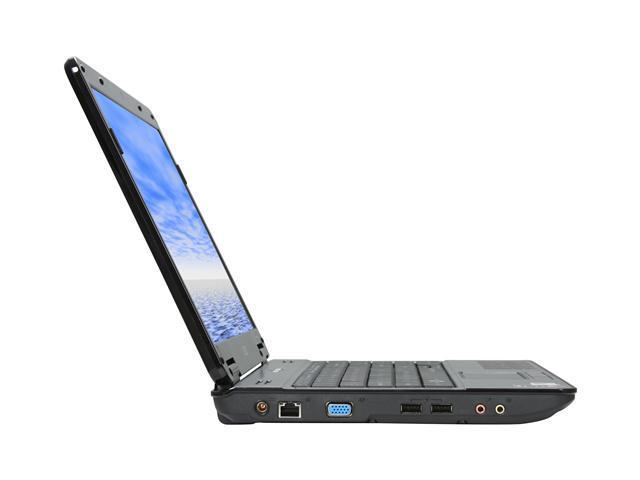 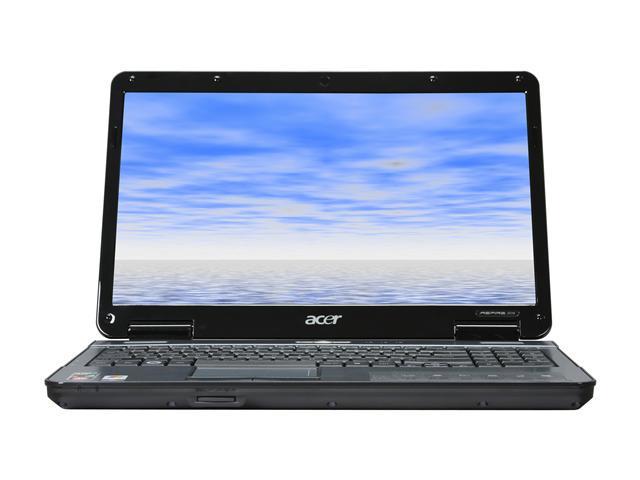 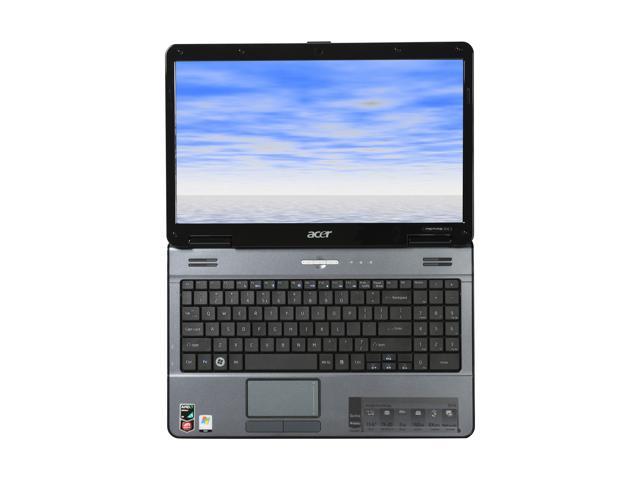 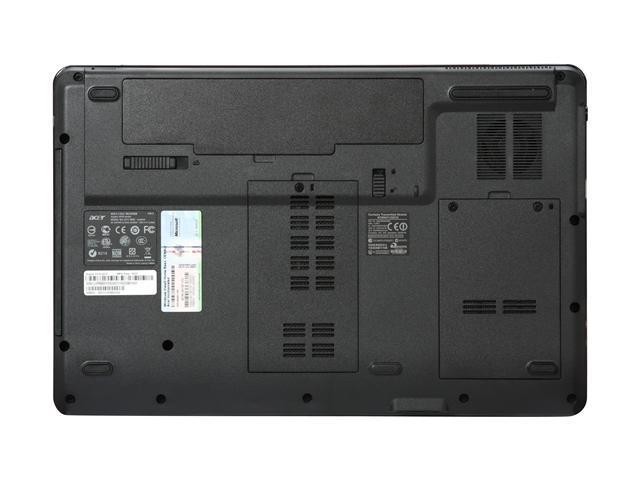 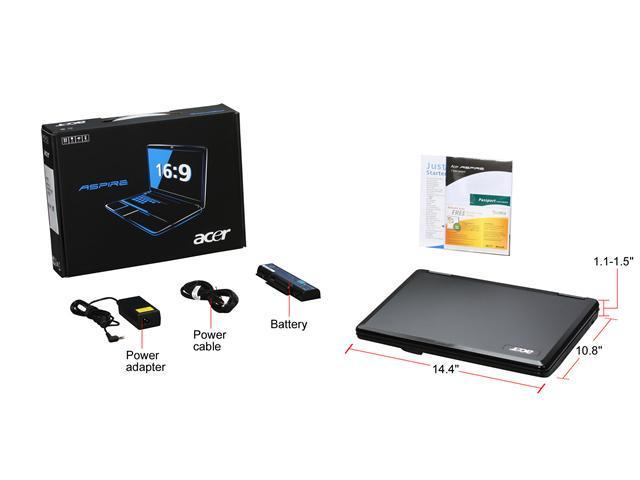 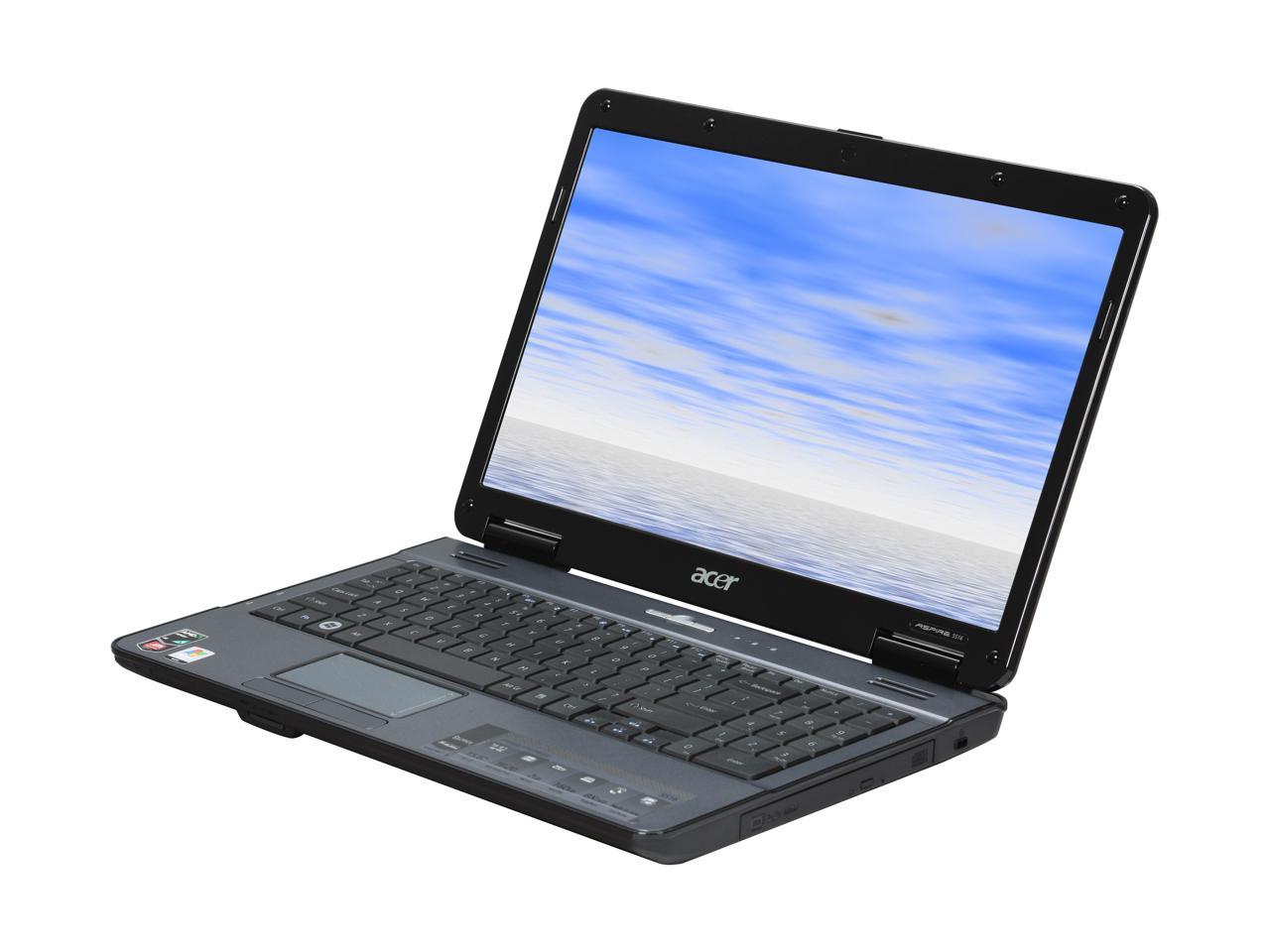 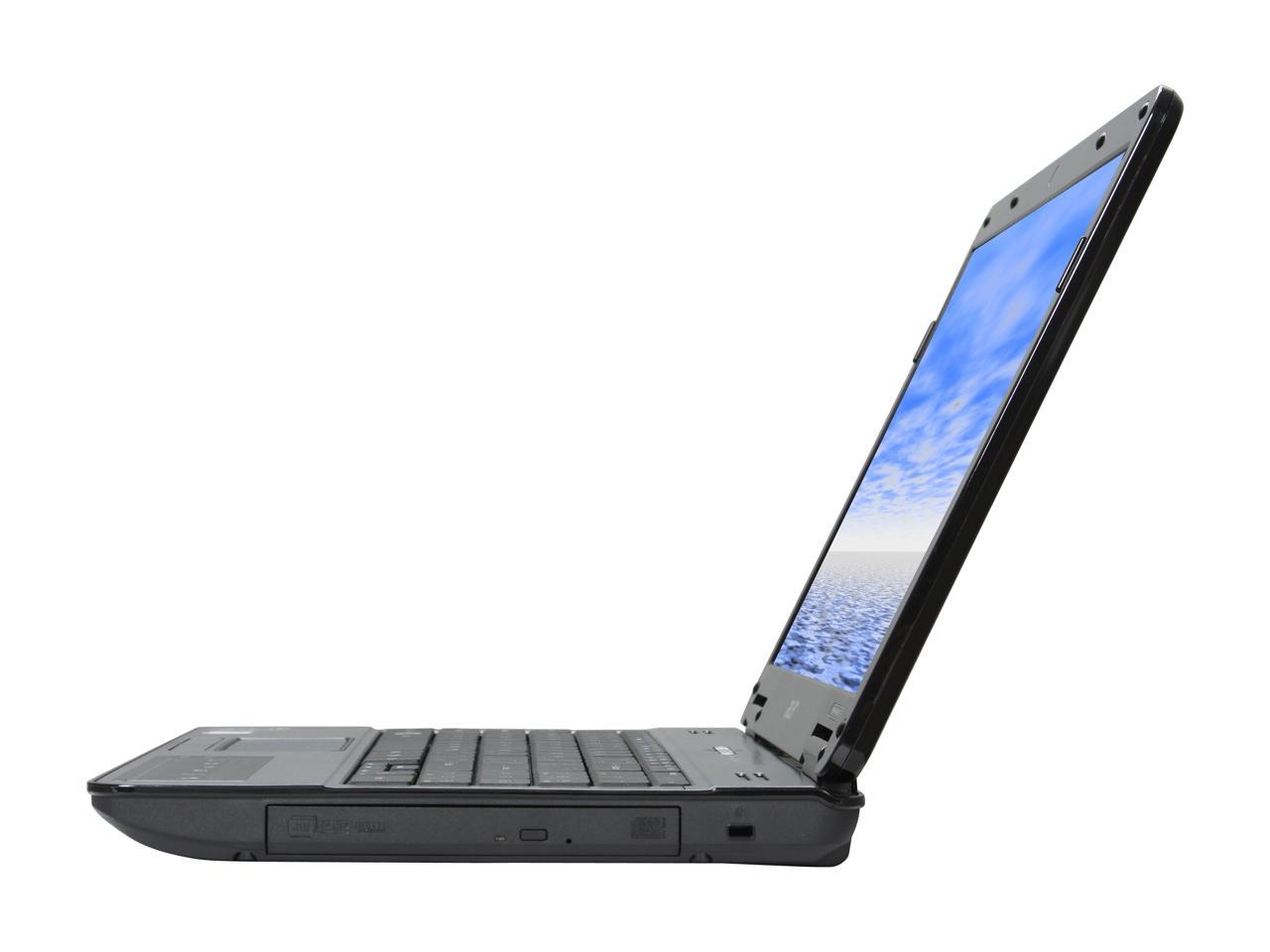 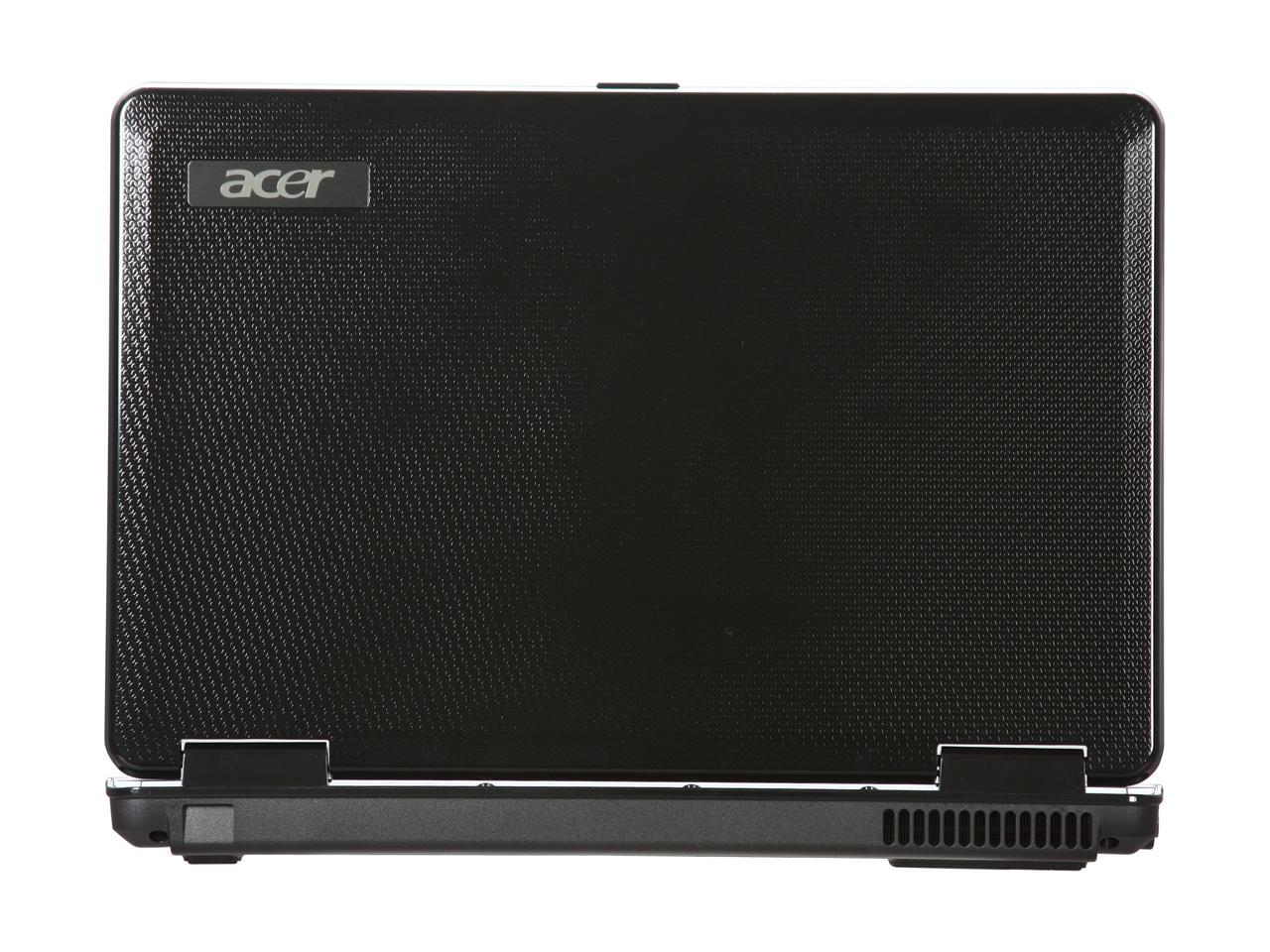 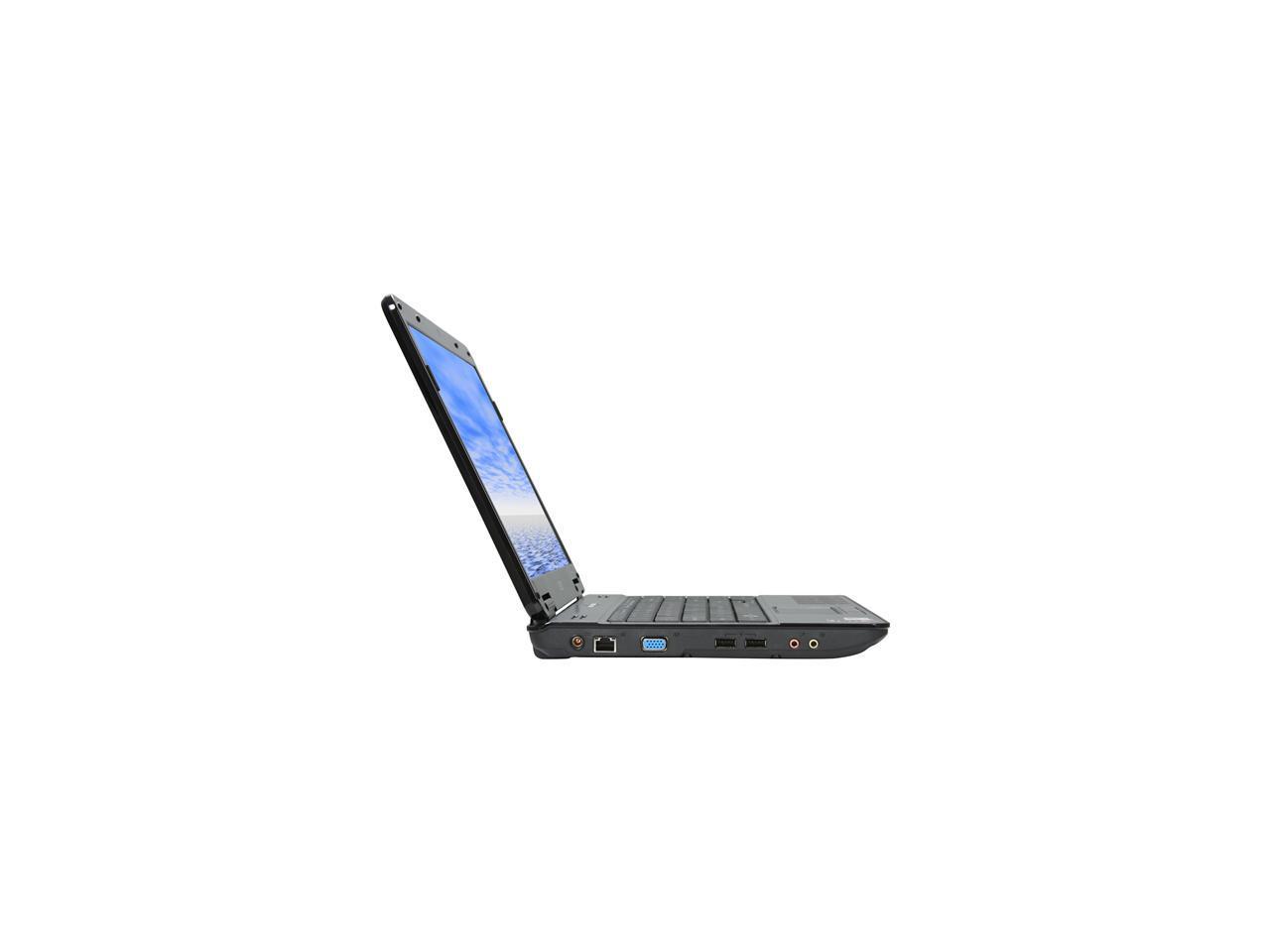 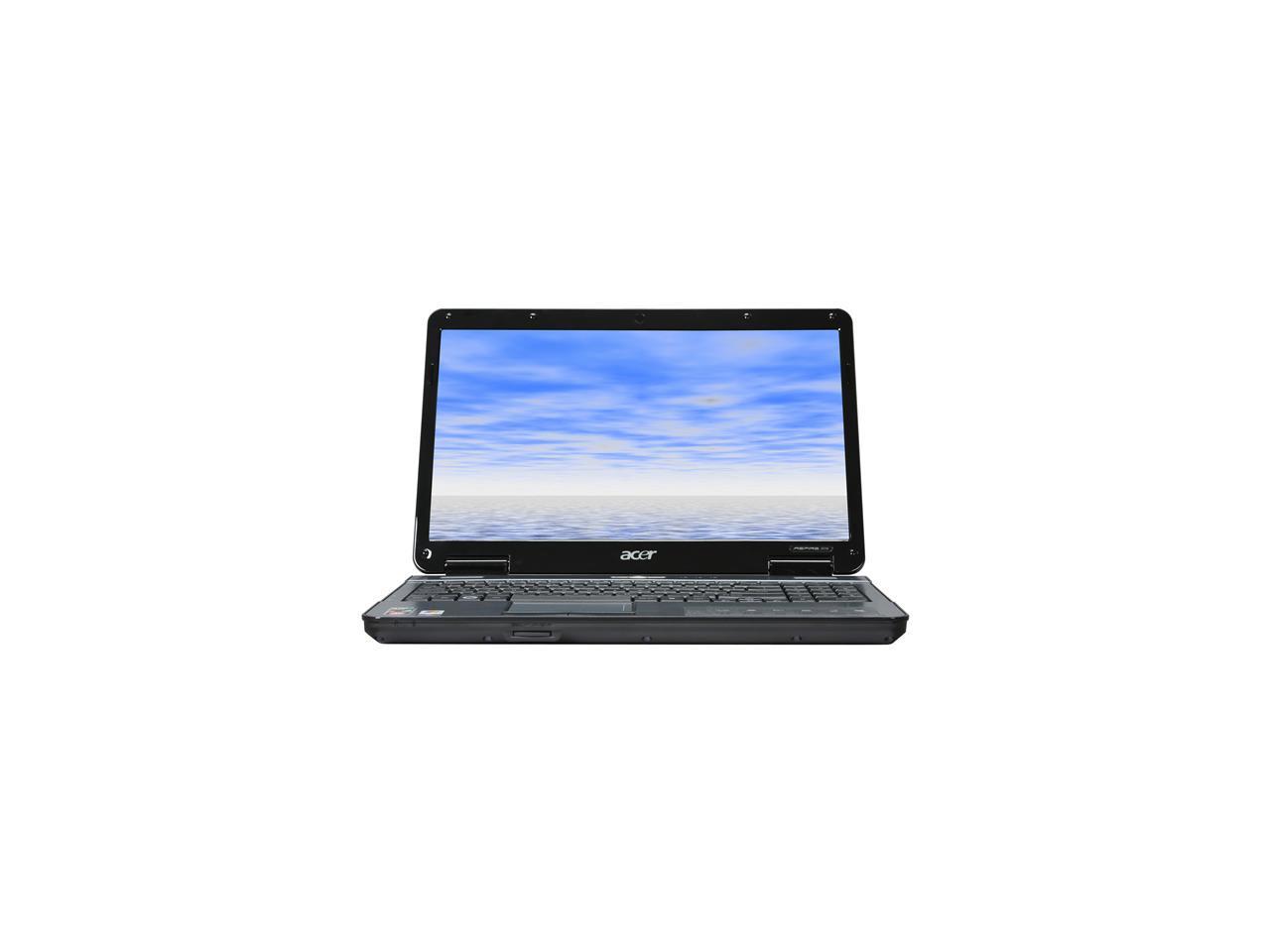 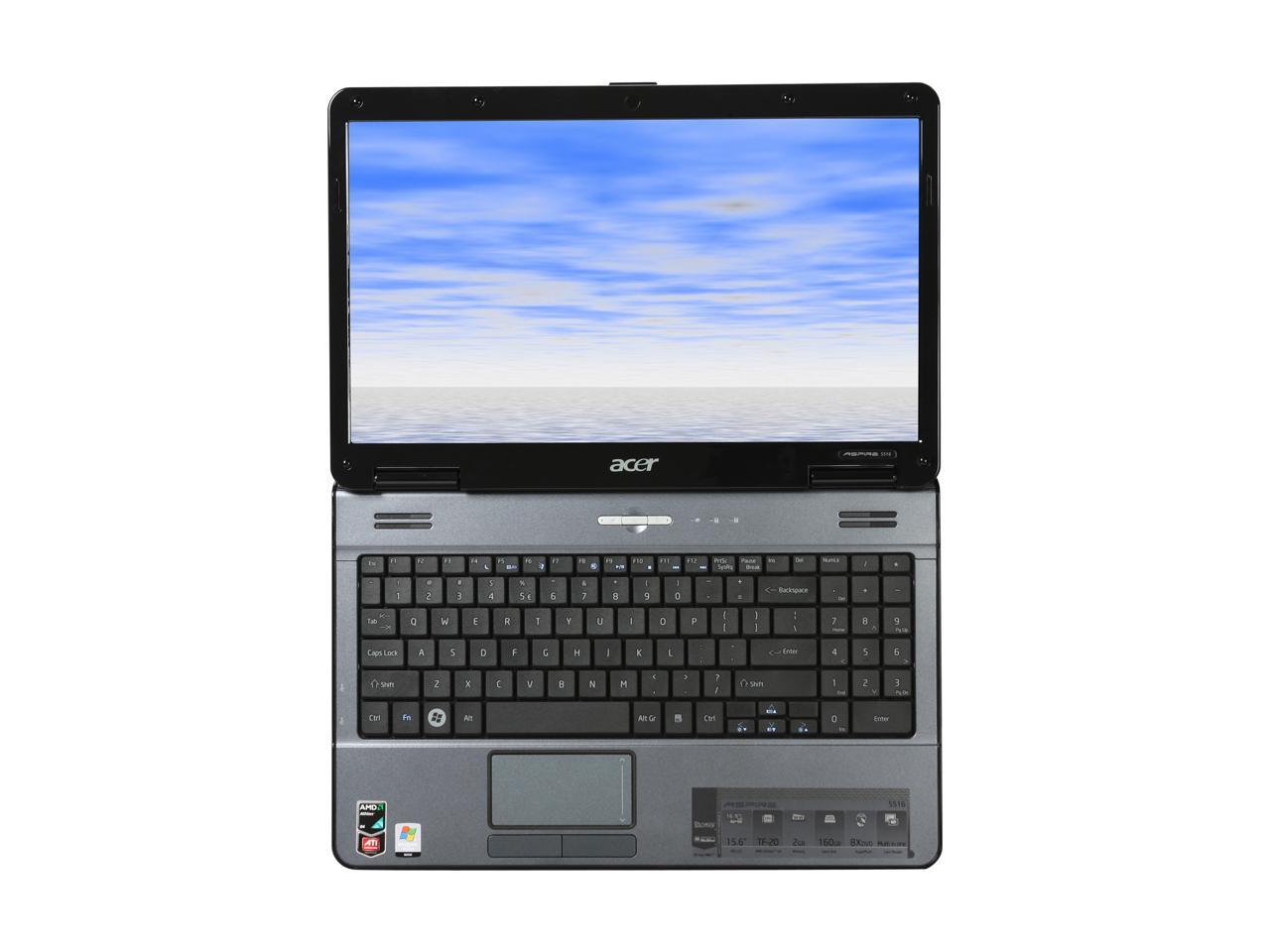 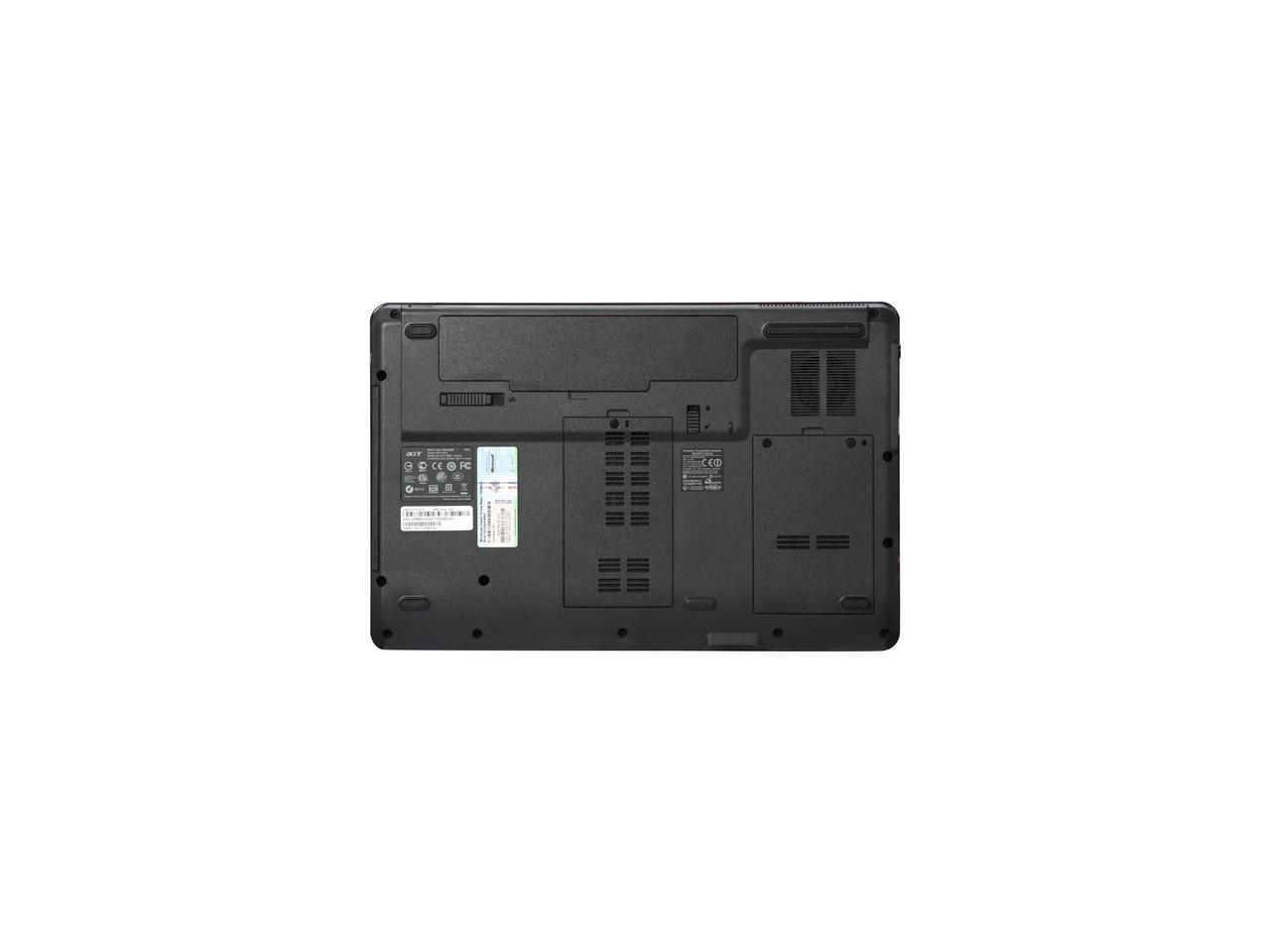 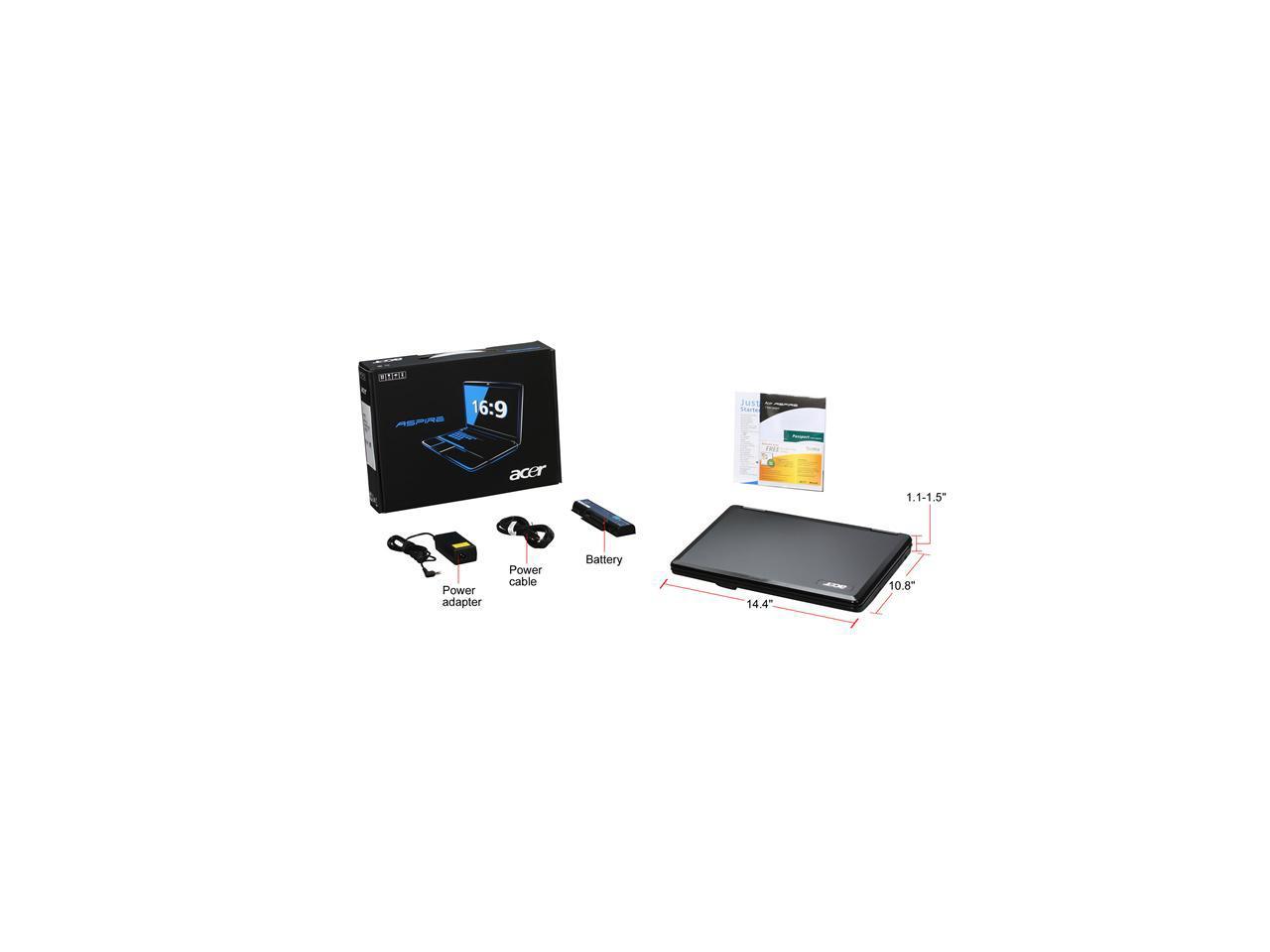 Pros: seagate harddrive and nice keyboard , nice screen fairly happy with it typing this review on it

Pros: Nice, bright display. The built-in wireless internet card seems to work even better than the ones in 2 of my desktop PC's. Absolutely no internet connectivity issues.

Cons: McAfee (free for 60-days) = garbage. It makes this laptop run slower. It's not really free since there's a huge hit on performance from McAfee being a resource/memory hog. The display settings need an adjustment out of the box. The DVD tray is a little flimsy and needs to be handled with care.

Overall Review: Uninstall McAfee and install a free anti-virus like Avast. Doing this alone improves the laptop's speed quite a lot in basic web browsing, etc. You may find you have no desire to install additional RAM. Increase the DPI in display settings to make text larger and so that the web pages fit the screen/display better. Great laptop if your primary use is light duty. i.e. internet & word processor. I chose this for my uncle and he only uses it for the internet, so I didn't bother testing games or other software on it. 5 eggs because the overall quality exceeded my expectations for a laptop of this price. For the most part, the cons are minor annoyances that can be corrected by the user.

Pros: I also bought this as the buy before noon special. I've been needing something mobile for the last year but didnt think spending 5-600 would be worth what i needed this for.

Cons: Dont expect much from the single core 1.6 processer. It's ancient in the computer world taking an annoying 2-3min to load up windows. Don't expect to multi task on this bad boy, I get lag just scrolling up and down web pages.

Overall Review: I bought this for nearly the price of my iphone

Pros: I purchased this laptop during the ShellShocker deal for $329.99. I am very pleased with this deal. The laptop seems to be put together fairly well for a low end laptop and doesn't come preinstalled with too much stuff (see: Dell/Toshiba). It runs great right out of the box, even with Vista.

Cons: None that I have found (other than Vista) which is out of NewEgg/Acer's control.

Overall Review: If you are looking for a low end laptop for basic computing (e-mail, web browsing, etc) than look no further than this laptop.

Pros: The quality of this machine seems as good as many of the $500+ laptops that I've seen. Good viewing angles compared to other comparable laptops, keyboard is easy to type on and includes a numerical keypad on the right which usually is only seen on 17" laptops. Battery life seems to meet claims of 2+ hours. Not much to say. Better than I expected for the price. As mentioned, XP drivers are supplied by manufacturer if you wish to go that route. I ran pc decrapifier and cleared out all of the junk (alot) and its pretty snappy for a single core. ATI chipset is a plus given the recent problems Nvidia has had with gpu's going bad. Nice textured black finish on the top which seems to repel fingerprints. 2 gb of ram is on one stick. Easy to add 2 more gb of ram as there are 2 dimm slots available. Also, great wireless. Picked up 2 networks that are about a 1/2 mile away.

Cons: Vista basic is somewhat underwhelming but appropriate for the hardware. Video ram is shared with system memory. I believe it uses 256 mb for vga memory. Only 2 usb ports as previously mentioned. I haven't been able to yet figure out which dual-core cpu can be used in this laptop but if I can find out I'll be disassembling it and adding a dual core cpu.

Overall Review: This is not a very good desktop replacement due to the low end cpu but is a great alternative to a netbook for the price. Its lightweight given the screen size. Now that Vista is mature the os seems very stable and snappy even with a single core cpu.

Cons: I don't use my laptops for anything more than the basic itunes, networking, and email type stuff however the hard drive started giving out after less than 2 weeks and I had to return it. Also the sound when playing films or even online clips is so low I had to use headphones every time, and even playing music the speakers weren't very loud.

Overall Review: If I had to do it all over again I would have just spent the extra money buying something that would have met my already fairly low expectations.

Pros: It was cheap. I got it for 320 shipped on a shell shocker deal. I got more than I was expecting. The screen is very high quality (even though it is glossy, very reflective.) Battery is fine, about 3 hours on lowest power settings. Keyboard is nice and big. It runs pretty fast actually. If you google processor benchmarks, this one runs in the middle of it's class, so it's fine. I'm glad the ports are on the left side so they don't get in the way when I'm using a mouse on the right side. Mousepad is sweet, it has scrolling up and down and sideways. Battery chargers is small. Wireless internet is fast and very reliable, I was blown away. Vista runs pretty well on it. I use it for school, it's great for that. The speakers are actually pretty good. The screen looks excellent in the for watching movies.

Cons: Not a lot. Could use more usb ports, only has two. The screen is very reflective. The first couple of times you use it, it is weird to see yourself. But after the first few hours I stopped noticing it altogether. But be aware of that. Acer's web support is kind of limited, nothing like Dell's. The ten key has the keys changed kind of weird. The enter key is below the numbers instead of to the right, and the . is above the 7. Weird. I got used to it though. I haven't been able to get sound with WMP. I've been using Acer's arcade program to run movies, it isn't the greatest. Running on battery it messes up sometimes. Plugged in though it is fine. Sometimes coming out of sleep is weird, but I think that is more Vista's fault than the computer's. It is kind of a bummer that I'm not eligible for the Windows 7 upgrade, because this only comes with Vista basic. Which I wouldn't care about if Vista wasn't such a pile.

Overall Review: For the full price of 400 and shipping. I don't know if I would buy this machine. I didn't see too many that were better out there. I was looking at Acer's new netbook, and it's pretty nice with 6 hours of battery life and it weighs 3 pounds. I would say it's a toss up between this and that, because this is cheaper. You won't be disappointed with this computer. It will do everything you need.

Pros: AMD 64 bit Athlon, 1 watt low power. Although it has ATI X1200 chip, it still have nice video. Have ordered 2 2 BG 667 memory to see if it improves over all capacity and throughput. Applications; MS Word, IE8 & DVD run great for single core. All hardware is up to Acer high quality standard.

Cons: Hardware like Pinnacle Ultimate USB HDTV state it needs 1.7 or above proccessor. Adobe Premiere requires more proccessor power, but you get what you pay for.

Overall Review: I purchsed this system to run Windows 7 RC, both 32 bit & 64 bit. Windows 7 has one heck of a lot faster video interface and many other enhancements over Vista. Great system for a new collage kid, wireless, video are very good, still working on audio beta drivers.