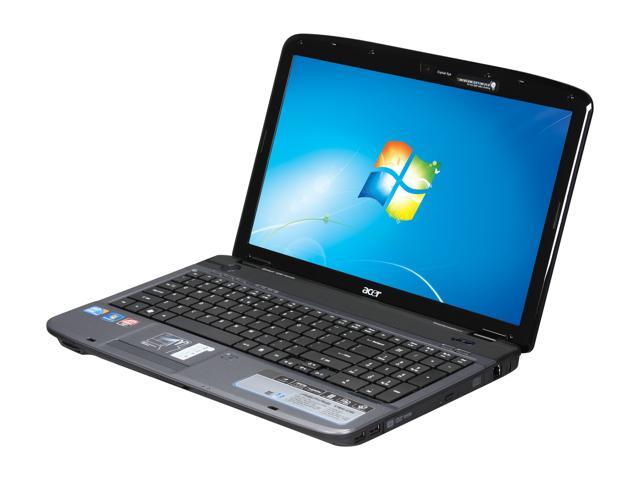 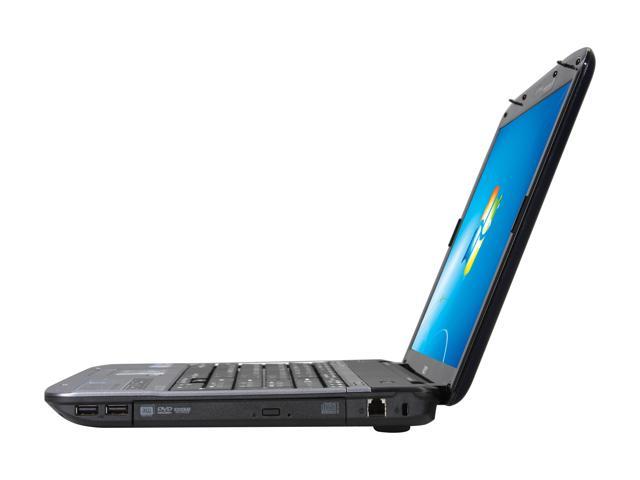 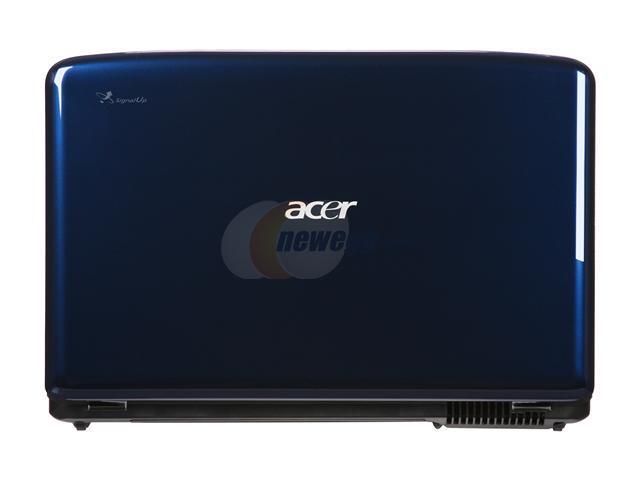 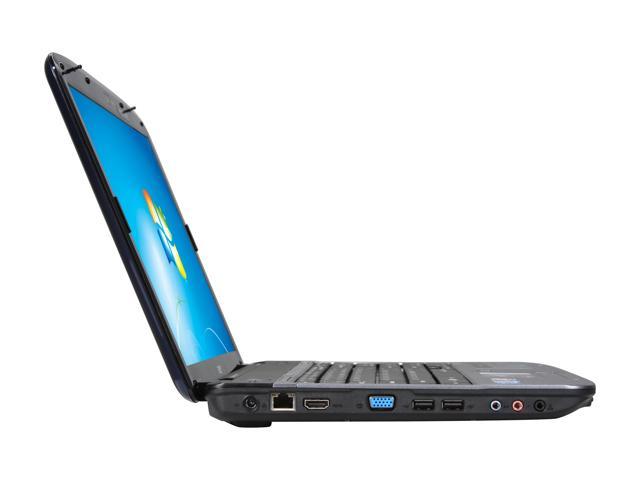 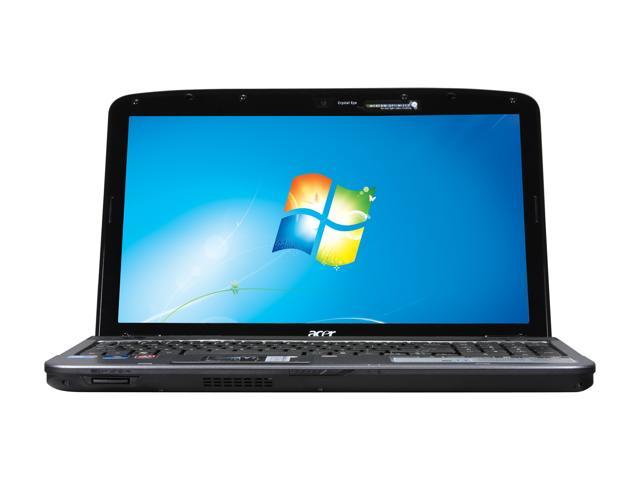 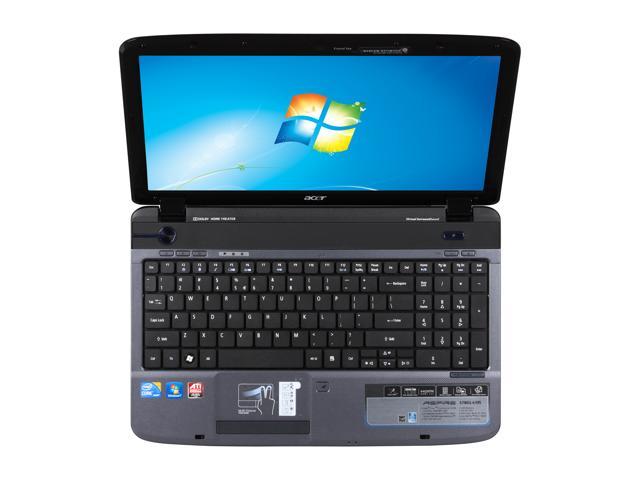 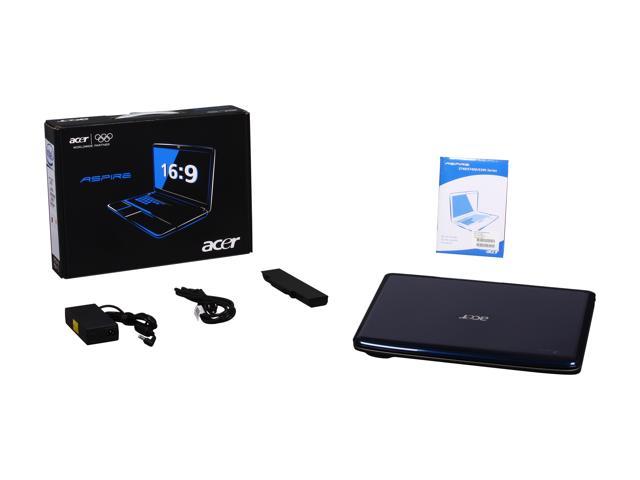 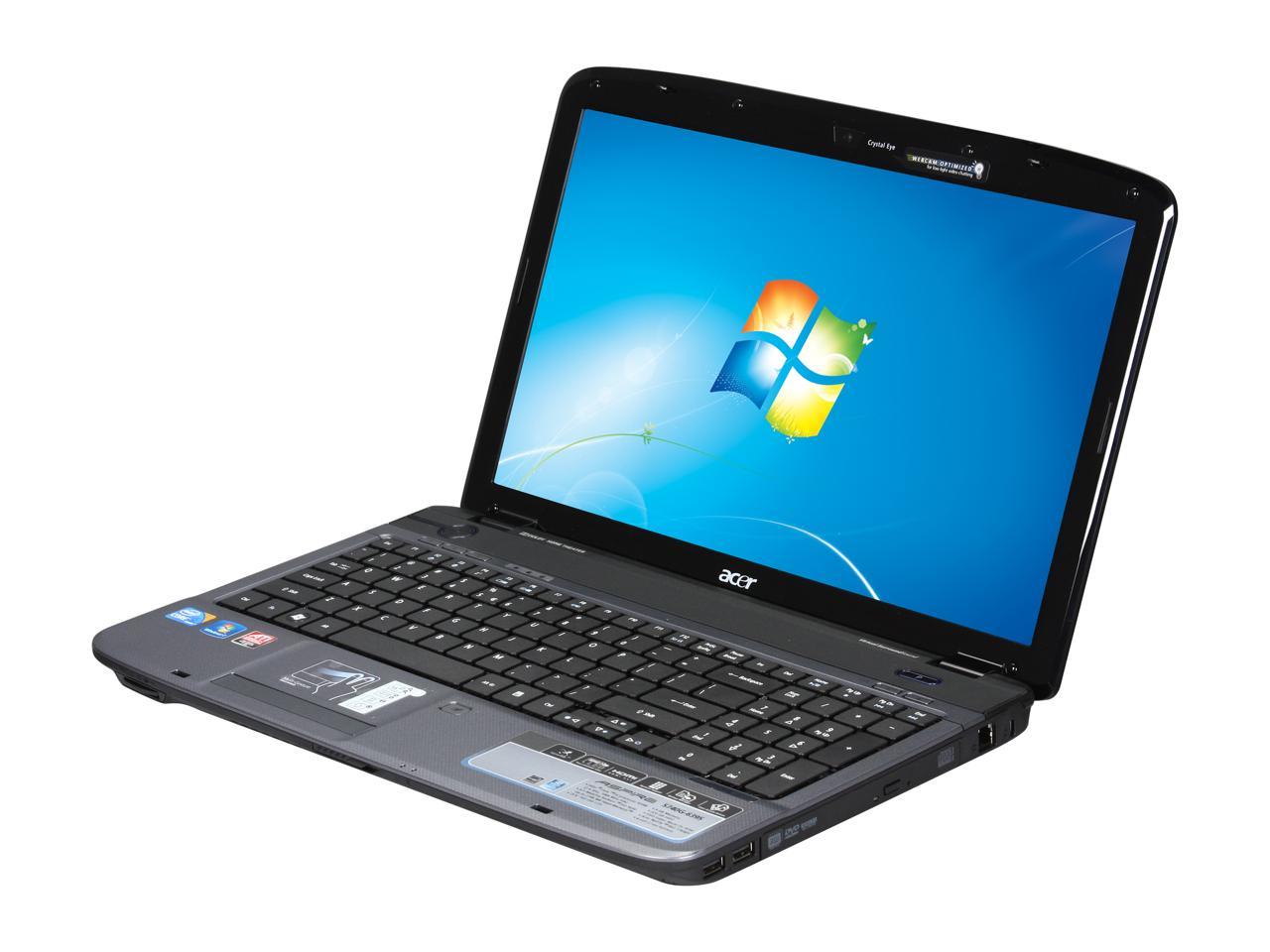 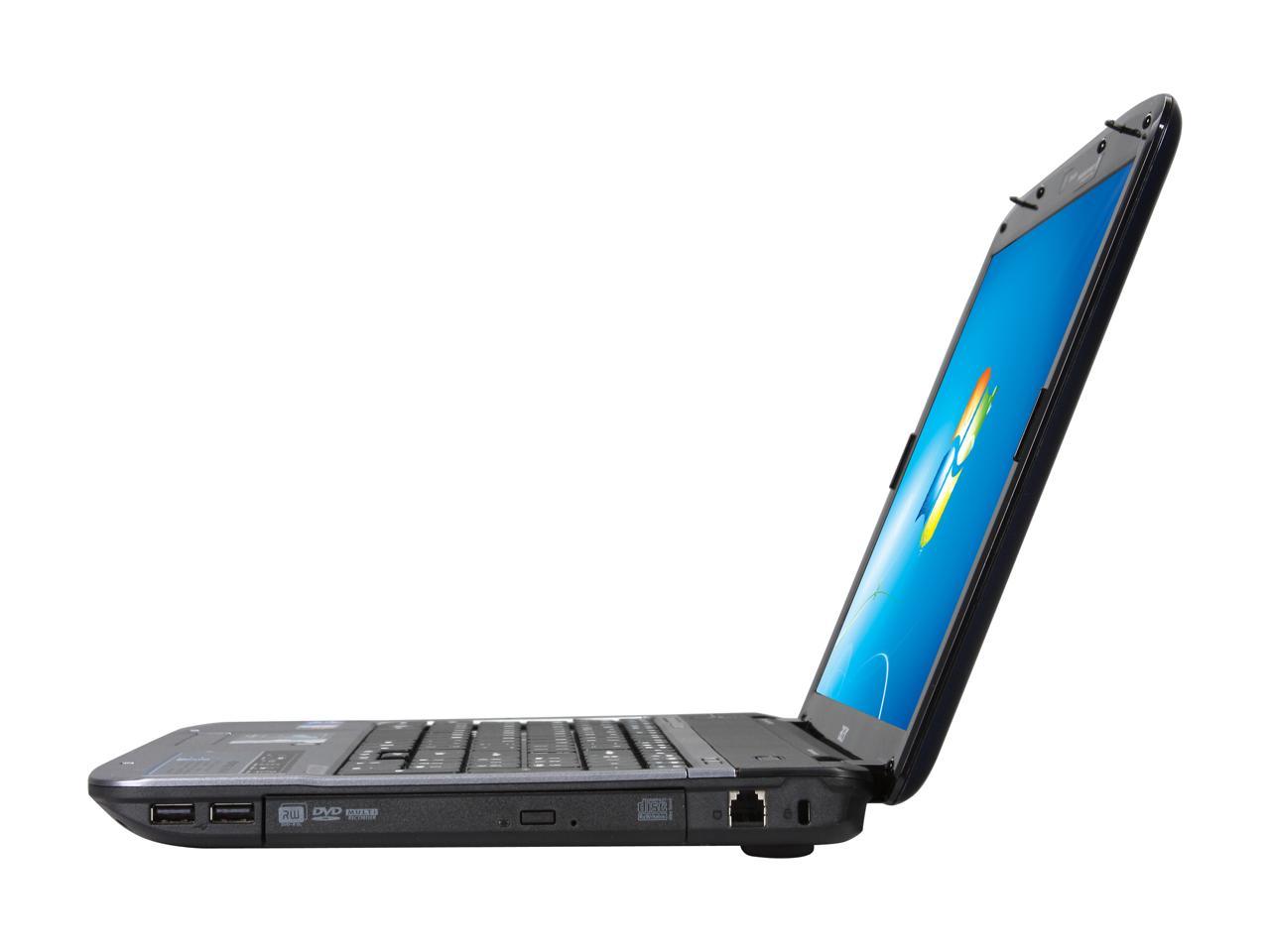 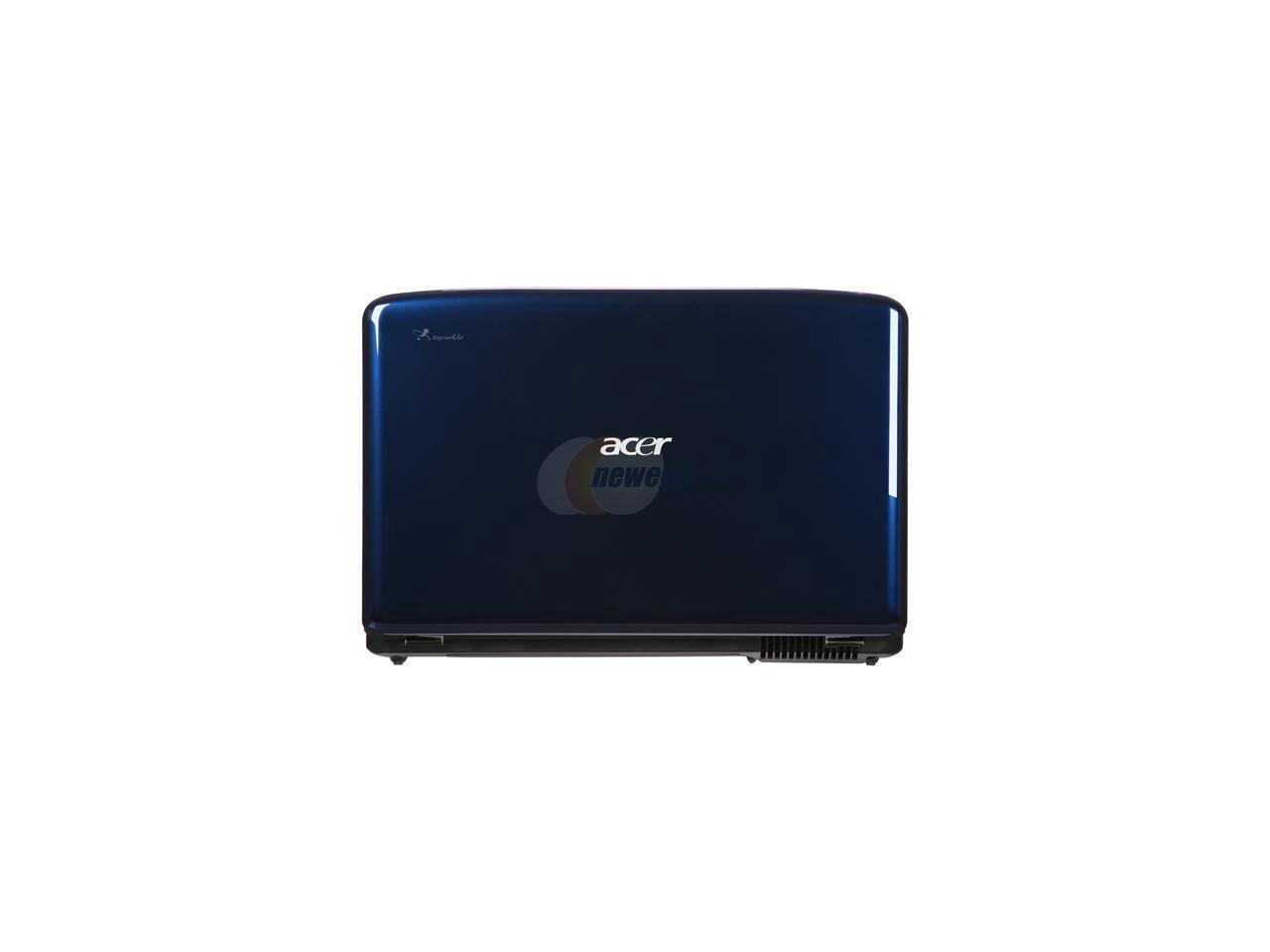 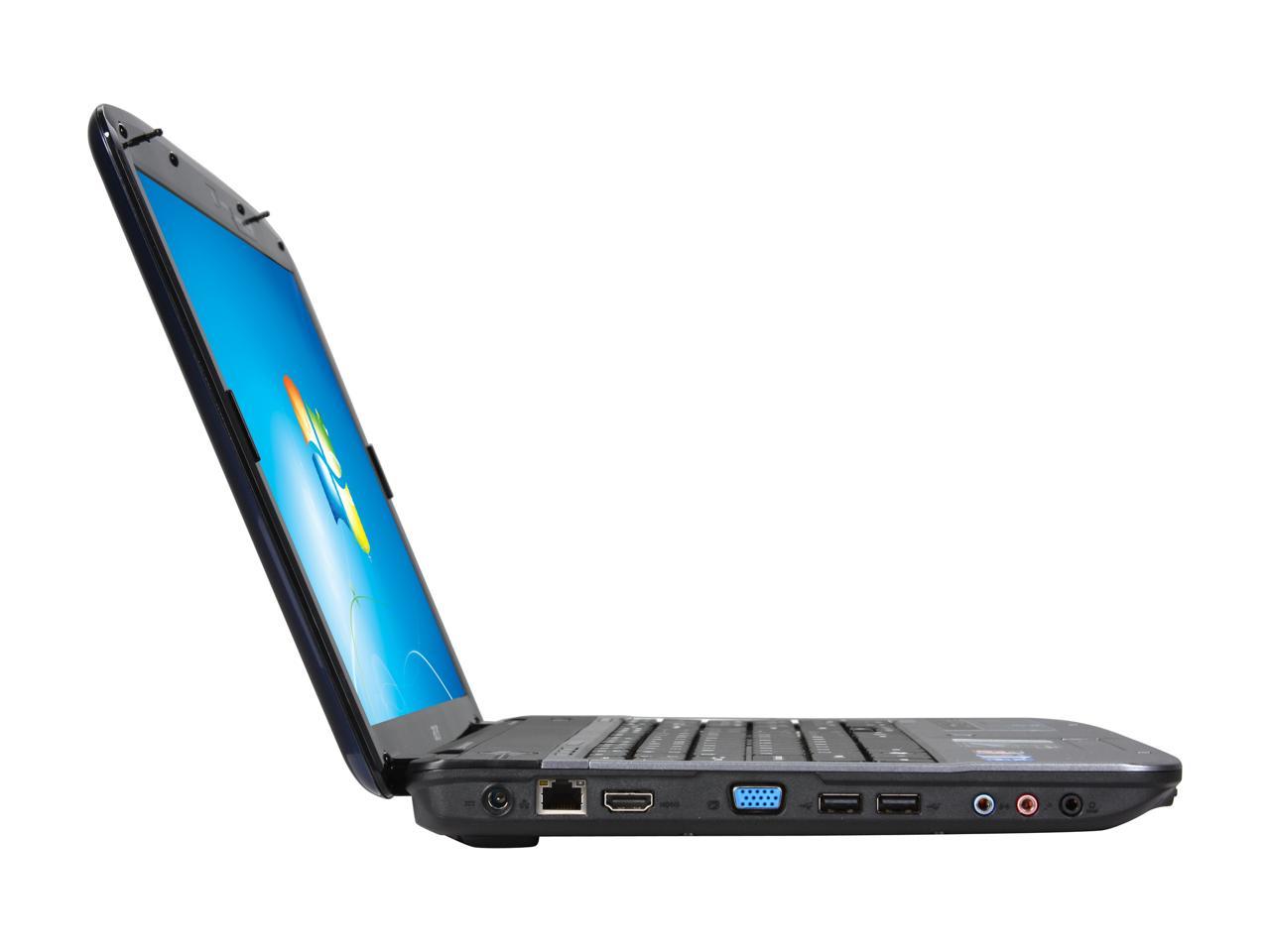 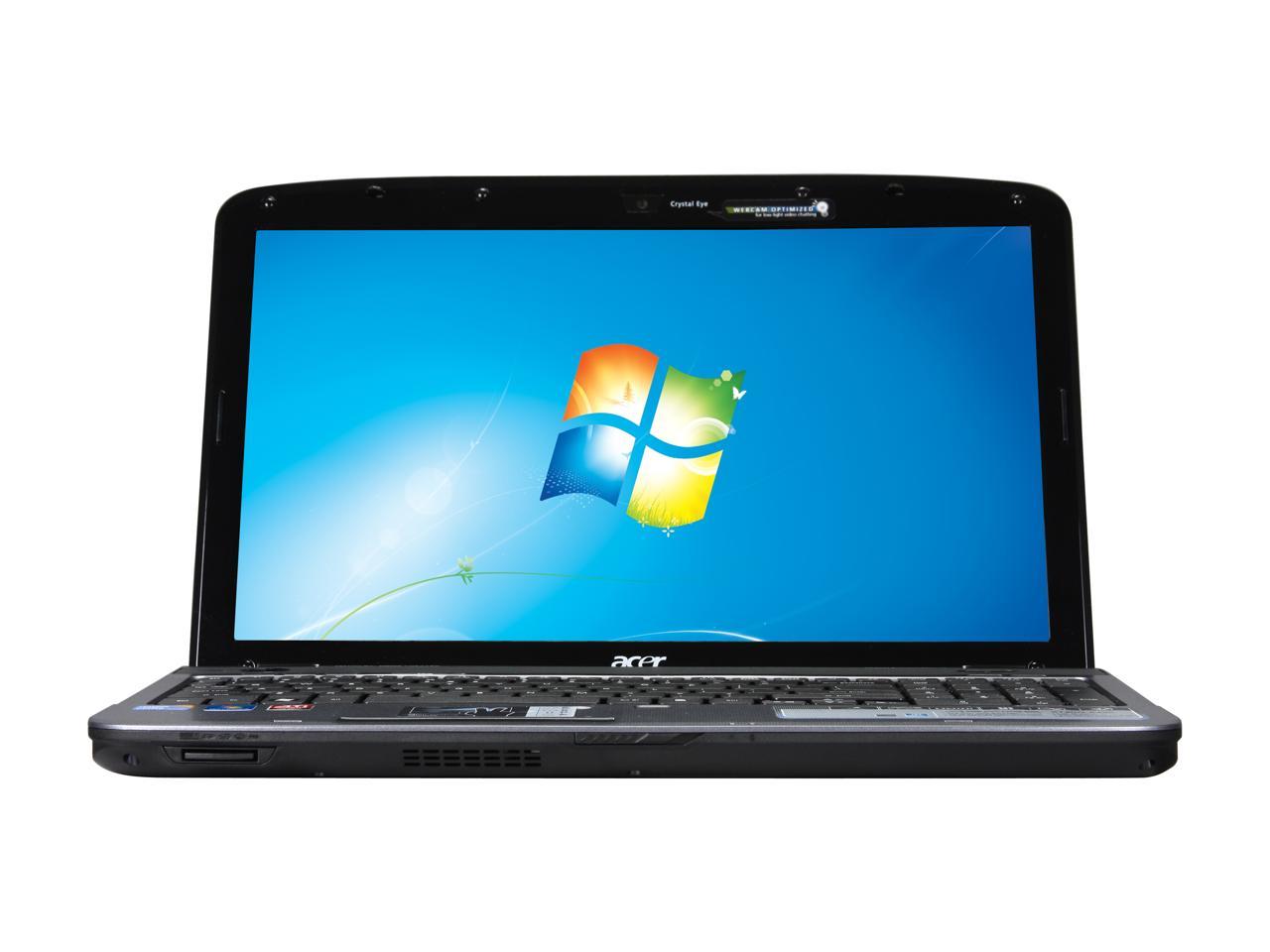 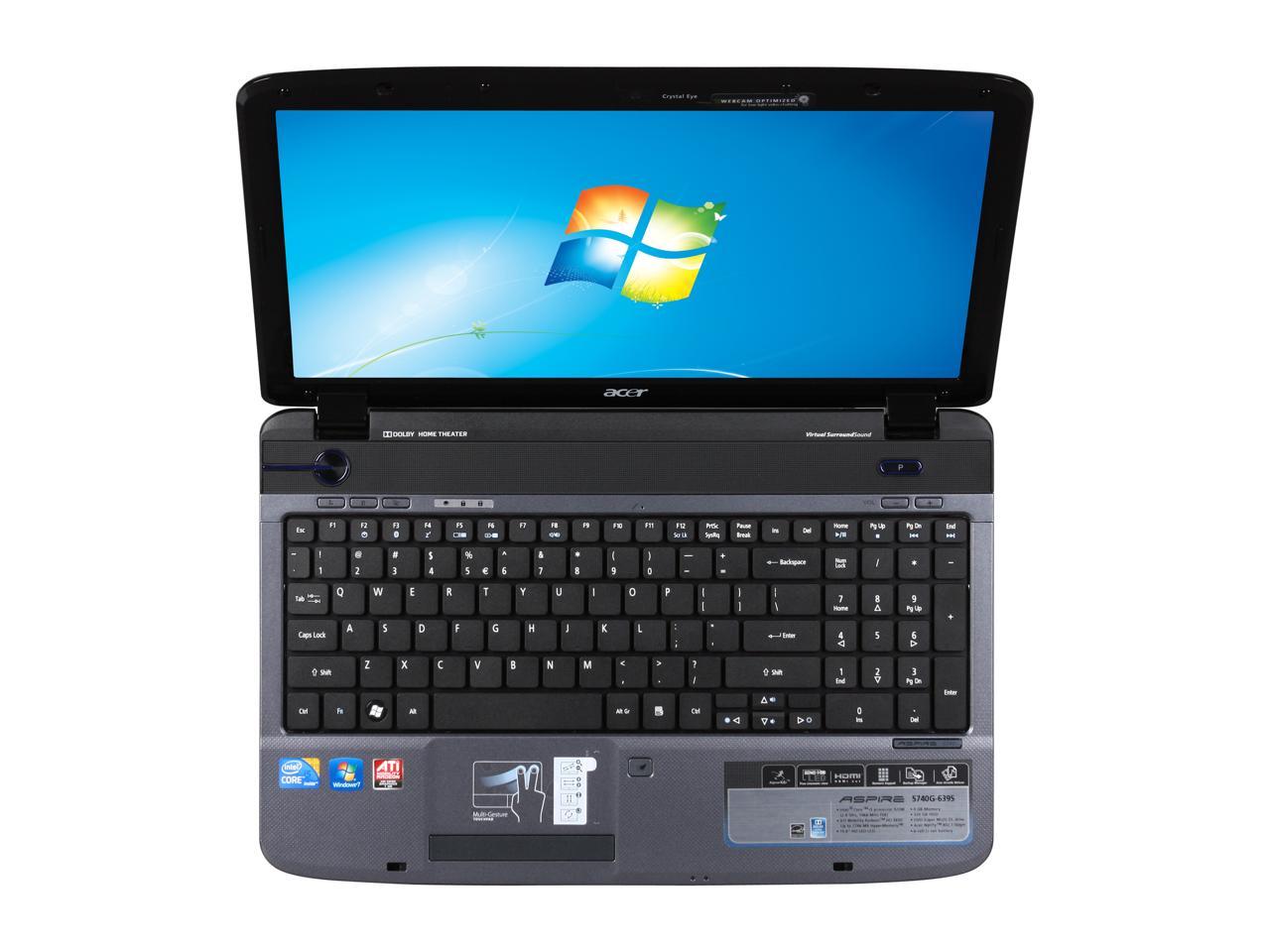 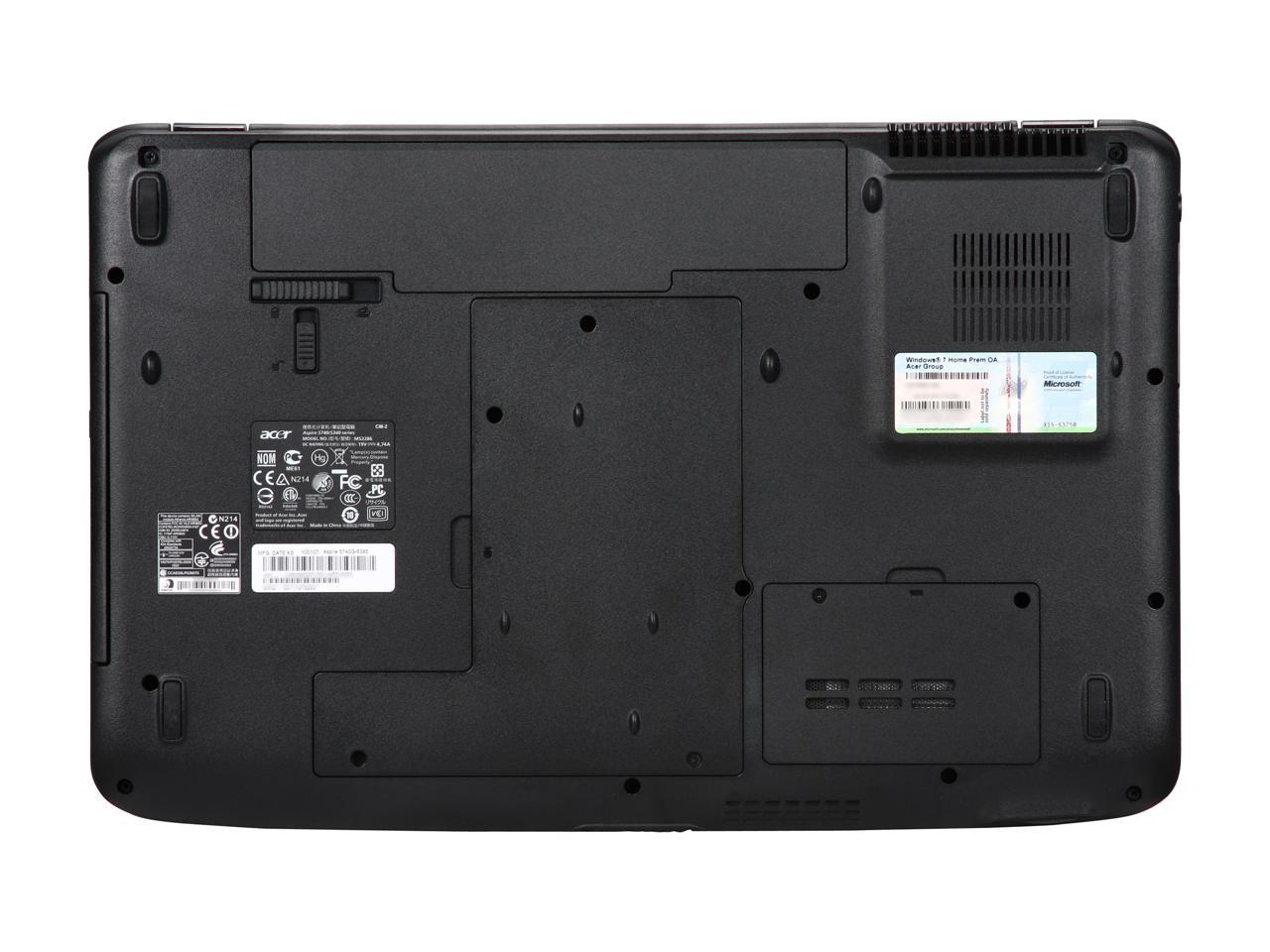 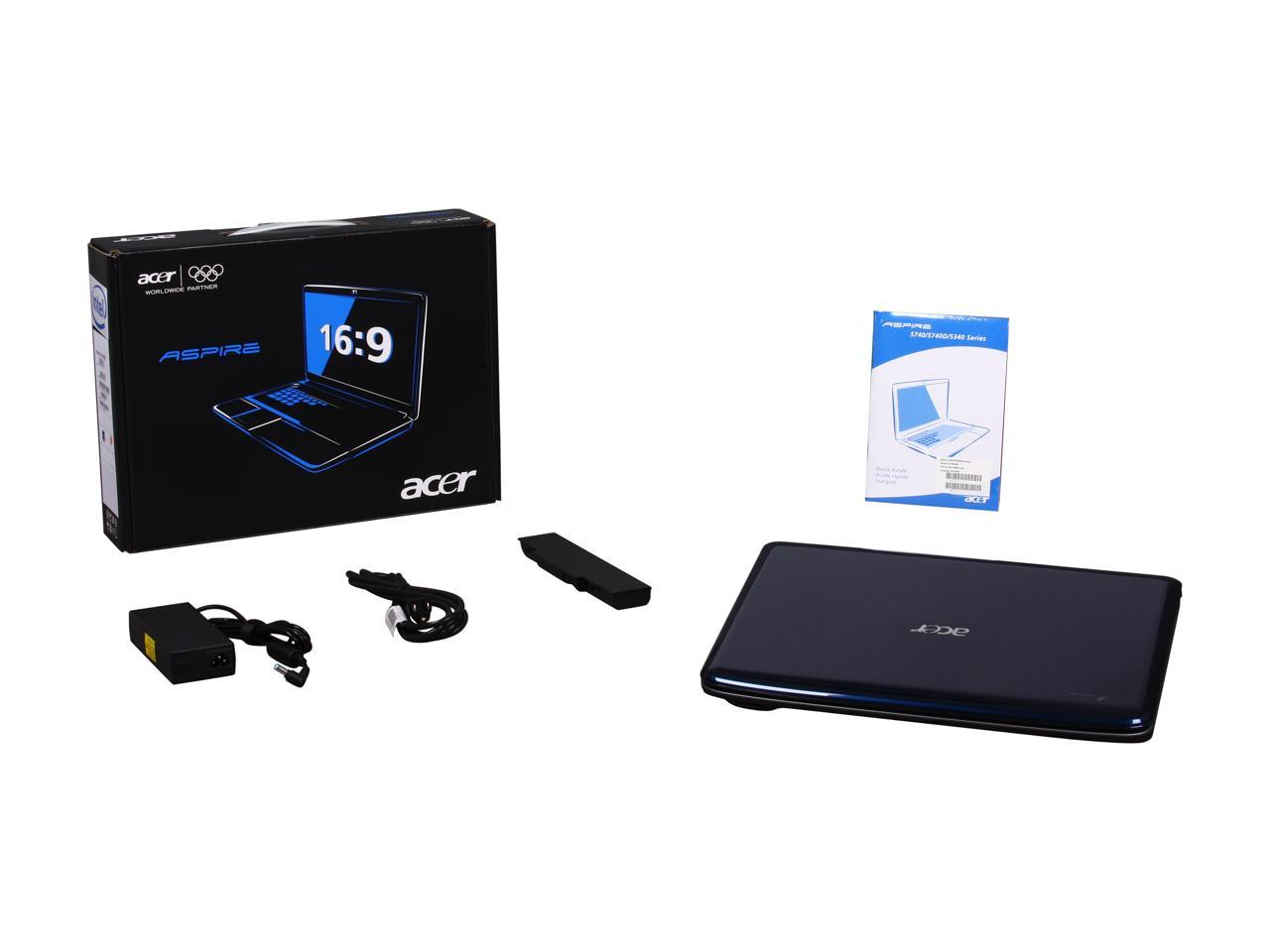 (45) Write a Review
OUT OF STOCK.
Specs
Reviews

Pros: The Core i5 520m is a very capable processor. In benchmarks, it is faster then a Desktop Intel Q6600 quad core and a C2D Extreme X6800. It is the 8th fastest mobile dual-core ever made to date. Turbo boost gets it up to almost 3GHz. Intel's HT gives it two virtual cores as well. This laptop also has a very capable Mobility HD 5650. To put that into perspective, This GPU is faster then a Mobile HD4670, GTS 250, GT 330M and GT 240M. Also, the HD 5650 comes in 26th place on the mobile performance charts, where the common integrated AMD HD4200 comes in at 122cd and the integrated Intel GMA4500 is 124th. Add to those two very good pieces of hardware, 4GB of DDR3 memory and you get a well rounded laptop for a very good price. The screen looks very good and really pops.. colors are vibrant. The keyboard is spaced well and I found myself pleased with the over all feel. The laptop feels sturdy and does not feel cheap in any way. This laptop is a quality unit and I have no regrets at

Cons: Well, I guess there are some Cons, as you don't get such good hardware I described above, for such a good price, without making sacrifices. Screen resolution is not that great, not bad, but not great either. No Bluetooth. There is a button on the laptop with the bluetooth symbol on it, but this laptop must be used in several different models that some either have it or don't... this one does not have it. No express card slot. Warranty is fairly short compared to some other brands. The brand name itself. When researching, I found that there are many mixed feelings about Acer laptops. Either people like them or hate them. It seams that some models of Acer laptops are better then others. Now, these few things I knew about before buying from doing research. The last two "cons" I really mulled over, warranty and brand. In the end I decided that the hardware was to good to pass up at the price. I'm glad I made the decision, So no eggs get deducted from me !

Overall Review: Games like L4D or L4D2 can be run at maximum settings, including full AA/AF without breaking a sweat. CoD4, CS:S, HL2. DOD.. all those older games run at max, no problems. I ran the FarCry 2 benchmark, all settings to high (no AA/AF though) and it ran an average of 38fps. The game felt very smooth at these settings. Finally, what the wait was for. Battlefield:Bad Company 2. This game was a lot more demanding then anything I had.. so I wanted to test this laptop before writing this. I found that this laptop can play BF:BC2 very smoothly at medium settings in the game (which still looks awesome!). I used fraps to get some numbers, full server (32), snow map. I got 32fps up to 50 fps, with an average of about 35-36. Very playable. On high settings, it dropped to an average of 19, so I would say medium is best bet. Great gamer for the money and faster then other laptops in this price bracket. I recommend you visit some notebook review sites and see for yourself.

Pros: Dial up the eye-candy! Designed for students like Ibage (4/25), or anyone who needs a budget laptop for general purpose and games and doesn't mind an understrength battery. I pushed this machine – hard – for stability testing and I have to say: solid, stable, cool and quiet. Everything works well. Me and the GF are still fighting for time on it! BIOS updated to v1.22. The new BIOS gives SpeedFan access to the HDD temperature and SMART data, and a better fan speed profile. See Anandtech for a good review of the similar #N82E16834115733. I believe the i5 520M in this machine vs. the 430M is worth some extra money, though. Note that the max Turbo speed is 2.93GHz (133 x22) vs. only 2.53GHz (133 x19), and this machine spends a lot of time in turbo. Intel has a cute desktop gadget (included) to show this. Well packed for shipping. Thanks NewEgg.

Cons: Phoenix SecureCore BIOS has kept me locked out in spite of my best efforts to get in underneath. ATI driver sellout. No excuse for no updates to laptop graphics drivers. None. At. All. Keyboard: unnecessarily flat key surfaces. The key position and action is good, but touch typists will have no tactile feel for the keyboard. I'm forced to look down as I'm typing. Aesthetics: GF likes it, so what do I know? Battery life: 46Wh doesn't last long if you consume 60+ watts. On battery, GPU core/memory clocks reduce to 300/300 MHz max vs. 550/750 MHz when on AC power. GPU idles at 100MHz core, 150 MHz memory in either state. Passive PFC(?) on the power brick reads <0.45 pf when the PC is idle, but ramps up quickly to 0.90-0.95 pf above ~40W.

Cons: Whopping low 1366x768 resolution, but I knew this before I bought it. The screen is nice anyway. Comes with about 2.5GBs of bloatware/trialware. Also had about 4 or 5 partitions. These aren't a big deal to me since I planned to fresh install Windows 7 Ultimate 64-bit. No bluetooth (as far as I can tell), there is a driver but it might be for a slight variation of the model. This inclusion would have made the laptop perfect (Other sites said it did.) The speakers get the job done, but they leave something to be desired (stock), if I can play with the settings that would be wonderful.

Overall Review: go to Acer's website for the radeon video driver (ati does not have it at this time) This is the first time newegg let me down. They marked up the shipping and it literally took an entire week to get to me. The facility is only 2.5 hrs from my house! Customer service had good etiquette however didn't help me. Friday, Monday, Tuesday, Wednesday is 4 day shipping not 3 day.

Cons: the power cord slides off pretty easy somewhat of a dust collector

Overall Review: I am redoing my review from 3 eggs to 5 eggs because Acer fixed my laptop in a week and so far everything is working great. No more little weird boxes while playing or watching videos. I also bought another one for my wife and she is in love with it. If I was to buy a third laptop I would buy another one. Repairs made on my first laptop: Replaced cpu I5, mainboard and the memory

Pros: -With the exception of the disc drive, the laptop is extremely quiet, even under relatively high load applications. -Screen colors are rich and vibrant. -Case color is a nice deep blue. -Touchpad has a button that you can push to disable it, which is great for people who have giant hands (like me). -If you have larger hands, this keyboard is very "friendly". The keys are spaced out enough that I found my error rate due to "fat fingering" keys decreased significantly over my desktop pc keyboard. -USB ports are located on both the left and right side of the computer. -Price to performance ratio, especially when compared to competitors, is excellent.

Cons: The only real downside I've encountered thus far is that the screen has absolutely zero anti-glare coating on it. I haven't taken it in brighter environments yet, but I can definitely see it suffering in them.

Overall Review: Go look at some of this PCs direct competitors and you'll see that any other manufacturer with the same processor and a roughly equivalent video card cost $100+ more than this PC does. Add to all of this that the price has increased $50 since I bought mine last week (likely due to these things selling like hotcakes) probably indicates that you're making a good purchase.

Pros: Add to my review of 29Apr. ATI released Catalyst 10.4 "Notebook Reference Graphics Driver" on the day I whined about unavailability. Lots of "at your own risk" warnings, of course. It installed without a hitch on this 64 bit laptop, and also with a little help on an older Dell Studio 1735 (Radeon mobility 3650) with Windows 7 32 bit that had been upgraded from Vista. Thanks AMD/ATI. Really. The new driver functions perfectly, recovering from Hibernate and Sleep mode without error. I haven't discovered any missing feature on either machine. Catalyst has all the controls you'd expect. Furmark can display GPU temp now, and has a few more fps.

Overall Review: This is a great little machine that continues to impress. Good job, Acer. Thanks again, NewEgg. All from the egg.

Pros: Now I'm not a major fan of Acer and their method of creating enough diversified models that somebody finds what they want, but this was a steal for what you could do with it! This laptop gains a windows experience score of 6.7 (highest being 7) for everything but the ram and hdd (the stuff you can replace :] )! Its solid, I don't find the plastic to be THAT cheap and it feels very sturdy. Superb price, the i5 is such an upgrade from my previous Acer's core 1.3 solo... ha

Cons: Wow the power cord sucks. Its flimsy and barely stays in there, not to mention the computer makes a piercing BEEP every time it goes in or out. I'm also not a fan of the touch pad, your really have to press to work the click buttons and the touchpad/button combination gives me carpal tunnel (well... not literally). Oh yeah and the cover loves finger prints, also mildly amused by the bluetooth button without any bluetooth capability...

Overall Review: All in all totally worth it. This computer lost an egg because of the poor ergonomics resulting from Acer's careless build strategy, ah well.

Pros: I have been wanting to Beta test Starcraft II and play Star Trek online and could barely do so with my old Compaq Presario DX-215. This laptop here plays both games maxed out with little to no lag in some areas. This laptop is a beast for the price, has a nice looking screen, desireable keyboard, and plenty of upgrade room for Ram if you would decide you wanted 8 GB. I love it.

Cons: Fingerprint magnet, weird touchpad button; it is one big button but if you press on the left it is a left click, right is a right click. Power cord is easy to yank out on accident and has a really annoying beep what I am trying to find out how to turn off.

Overall Review: I am just starting to get back into PC games because my xbox 360 is getting rather lame and I wanted to play Star Trek online maxed out in graphics and this laptop does it. I recommend this laptop to anyone who wants to play a game and not waste 1500 dollars on an Alienware aka Dell.