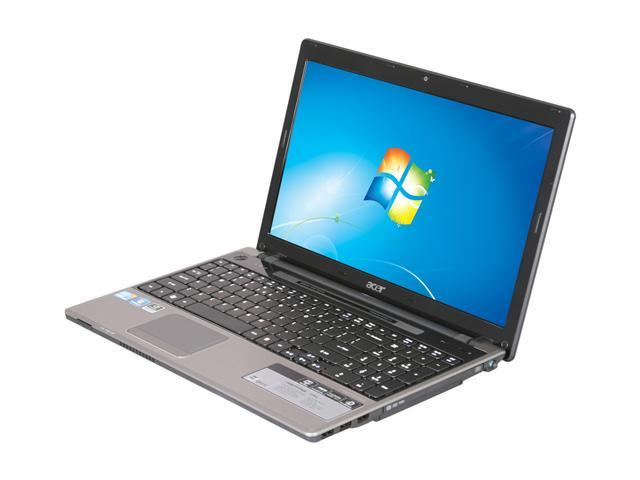 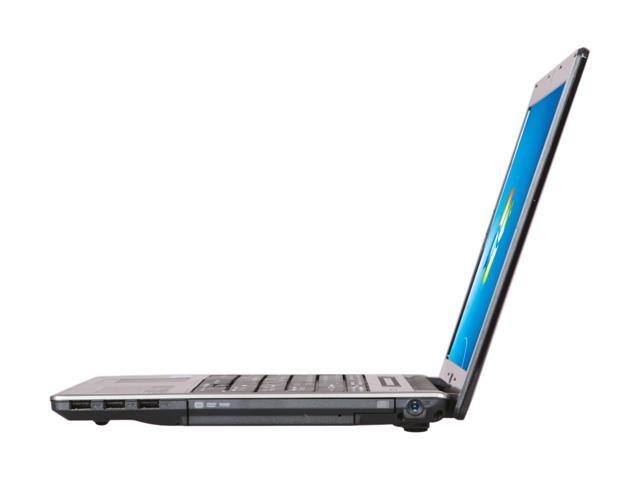 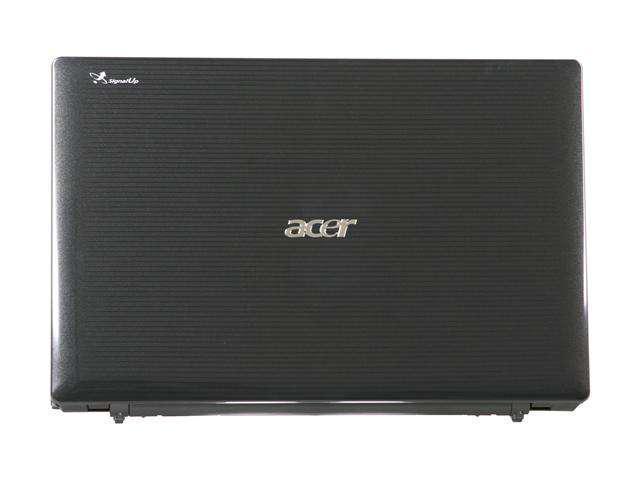 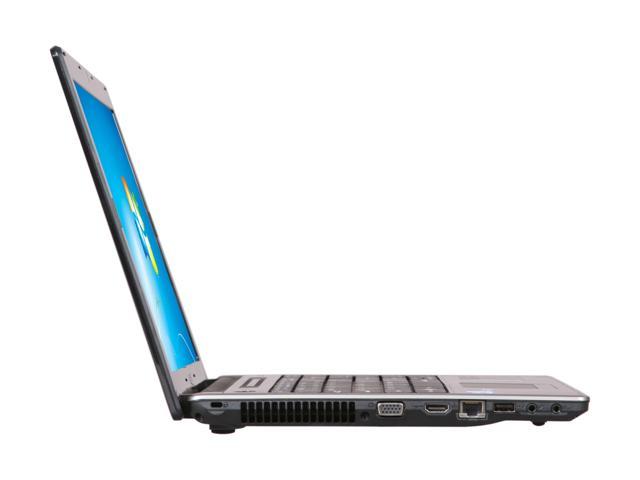 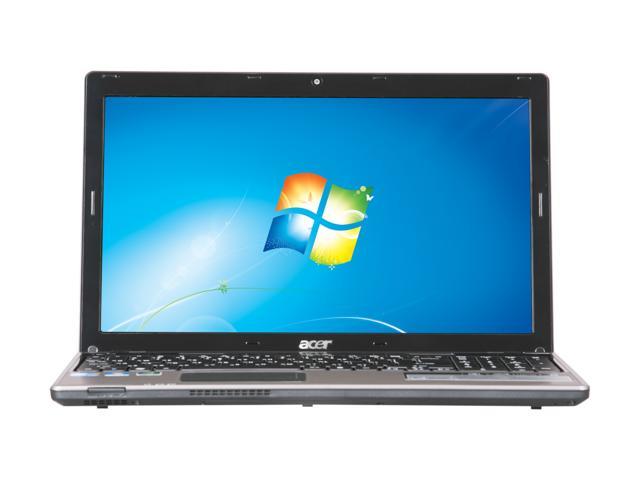 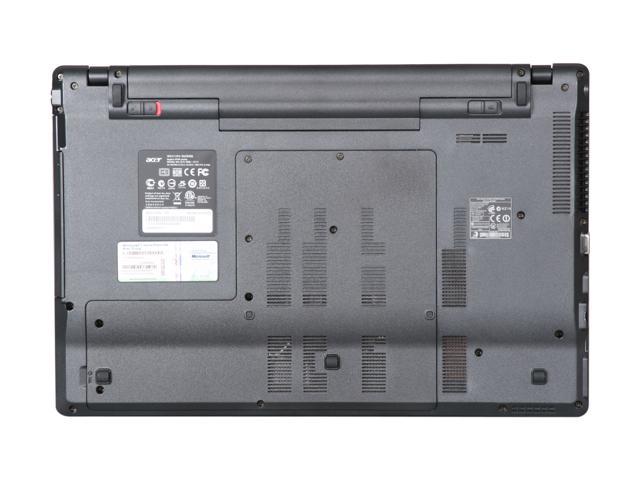 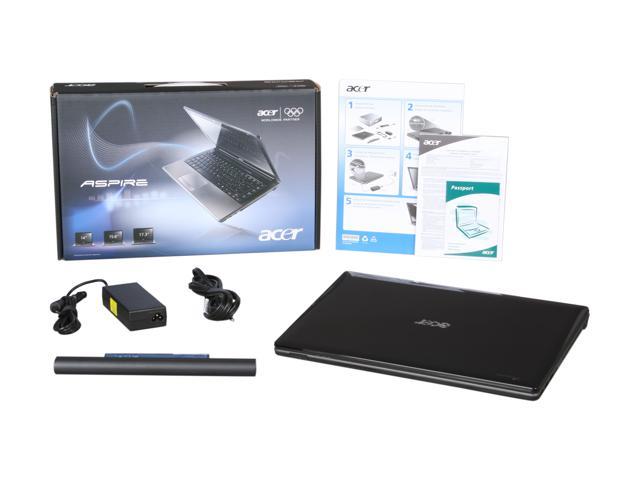 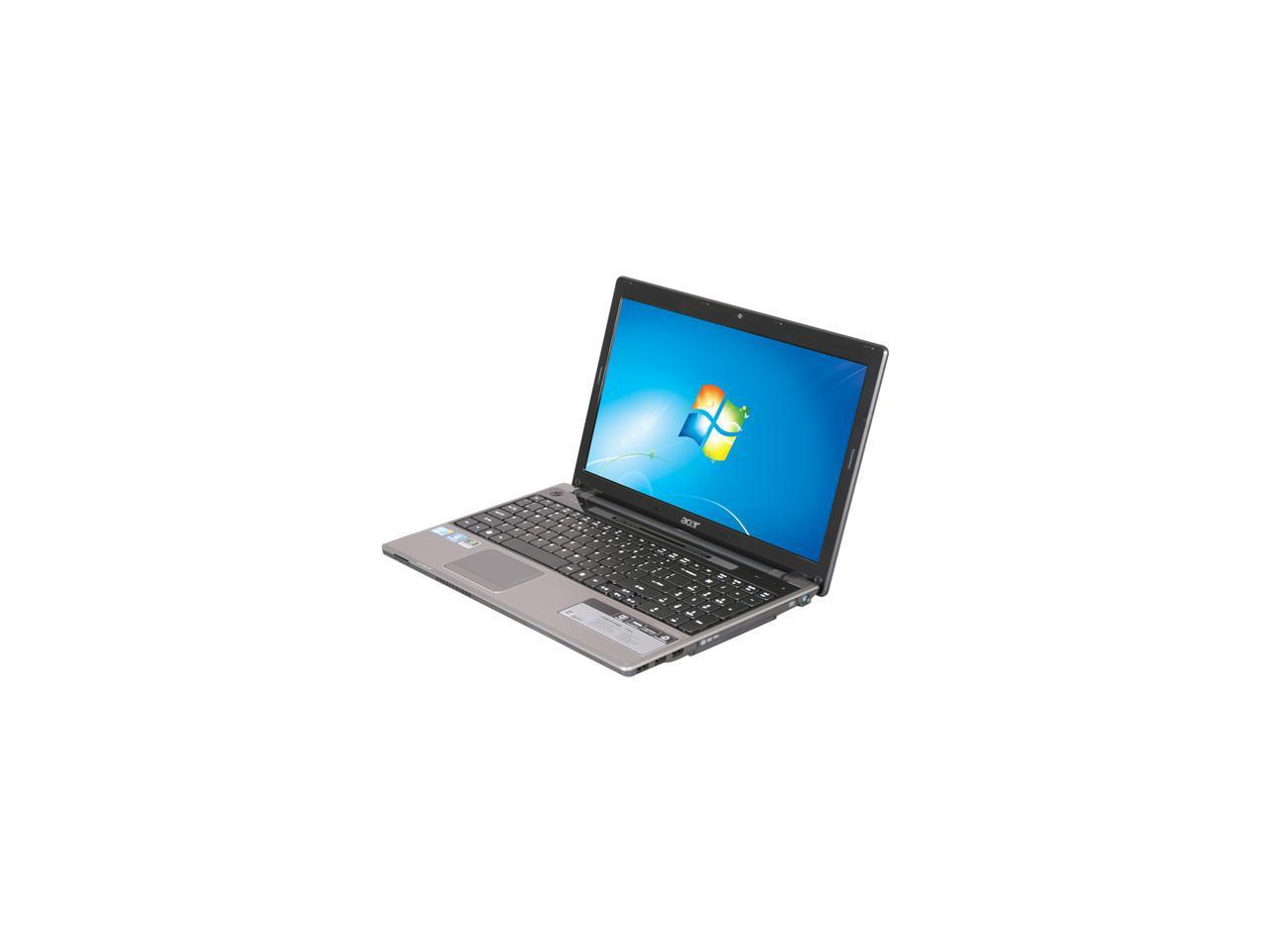 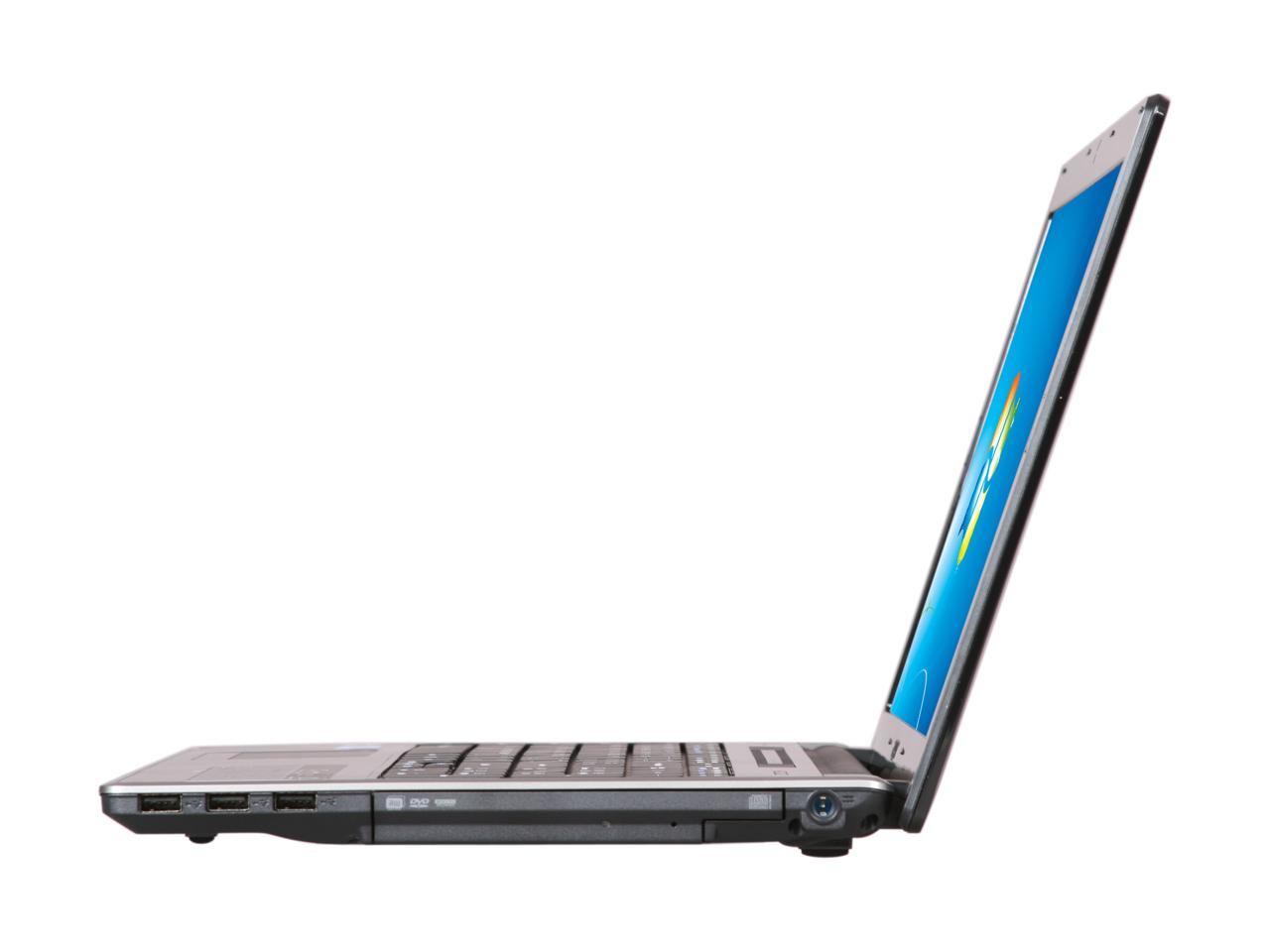 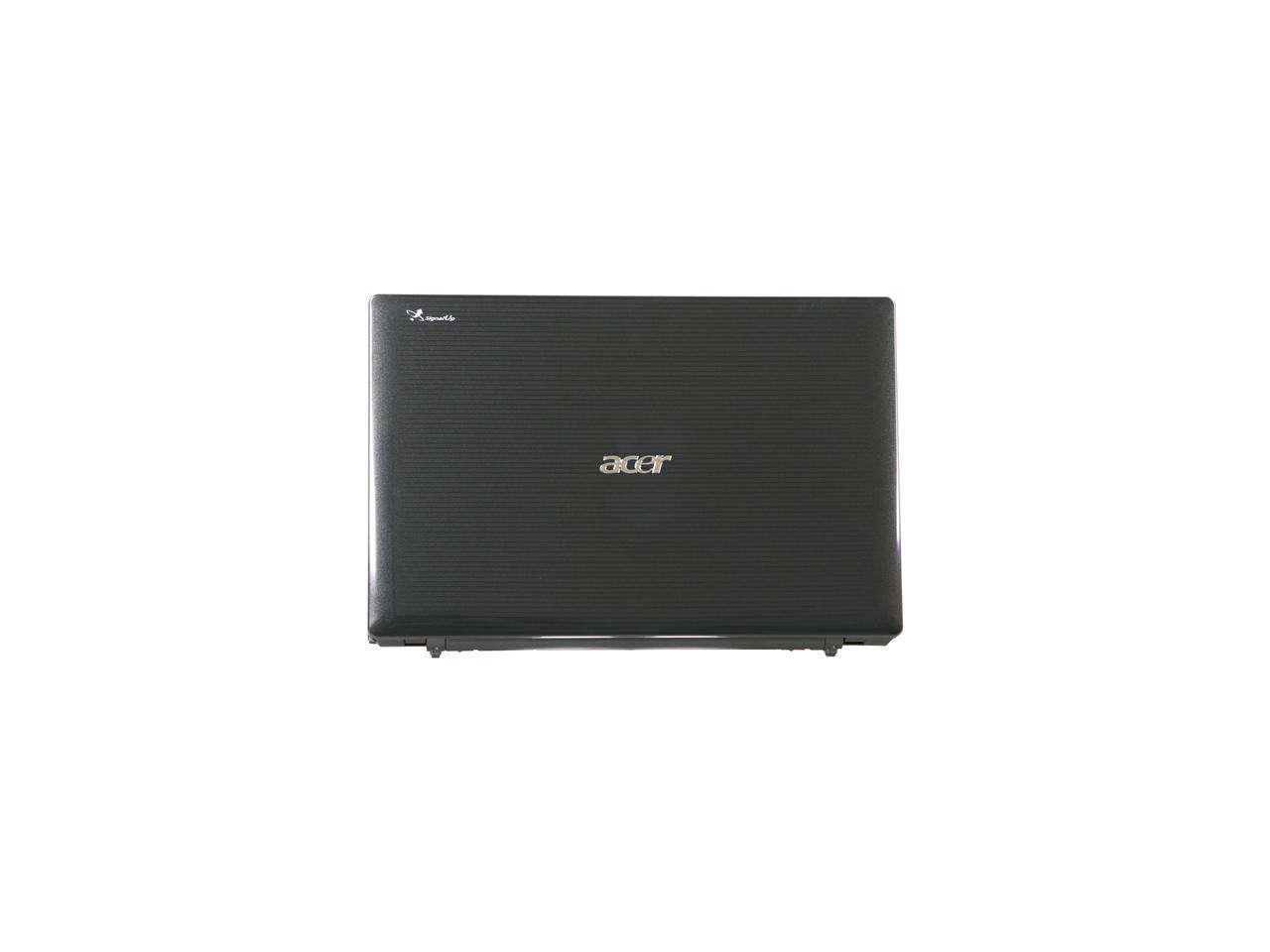 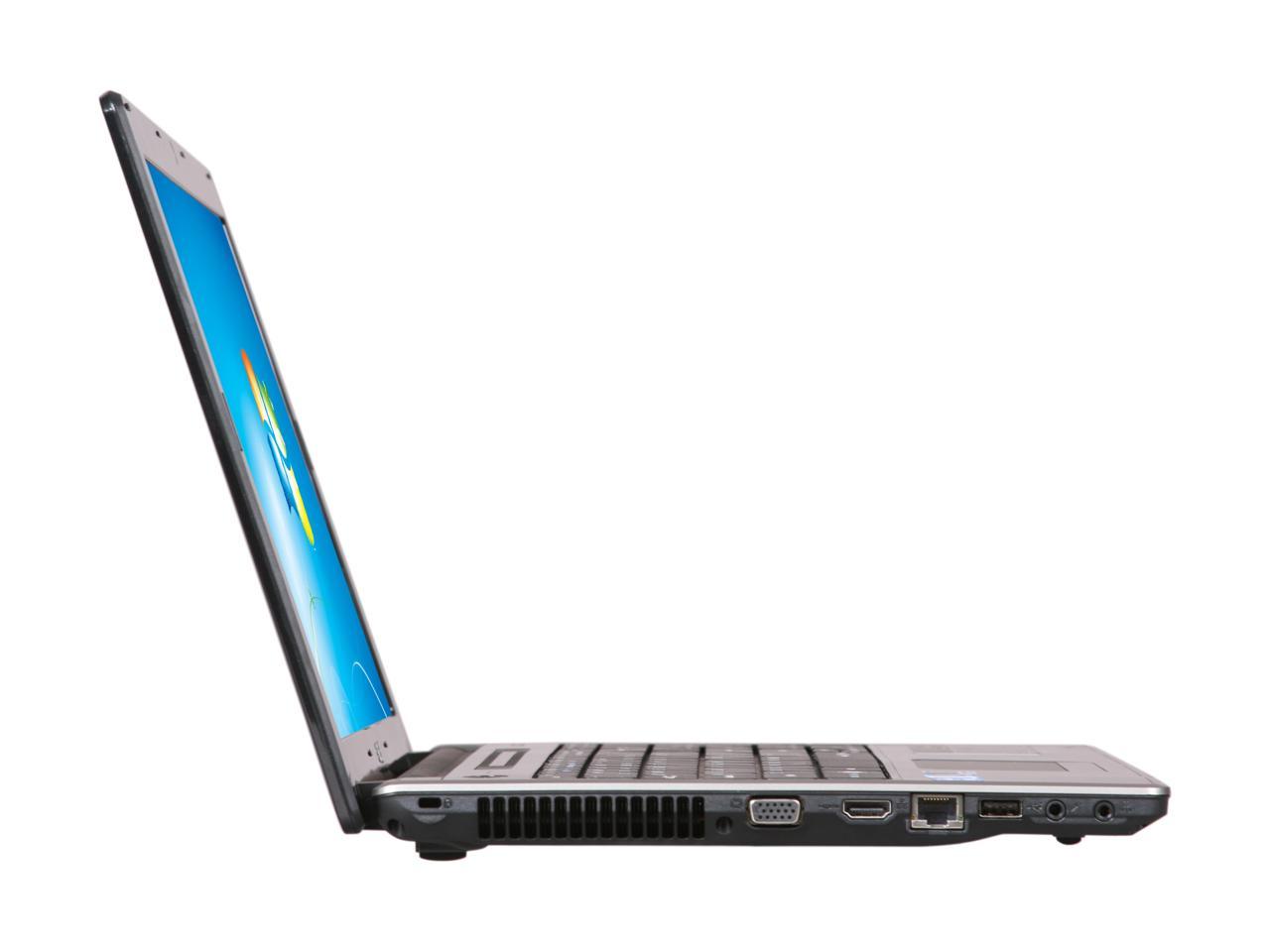 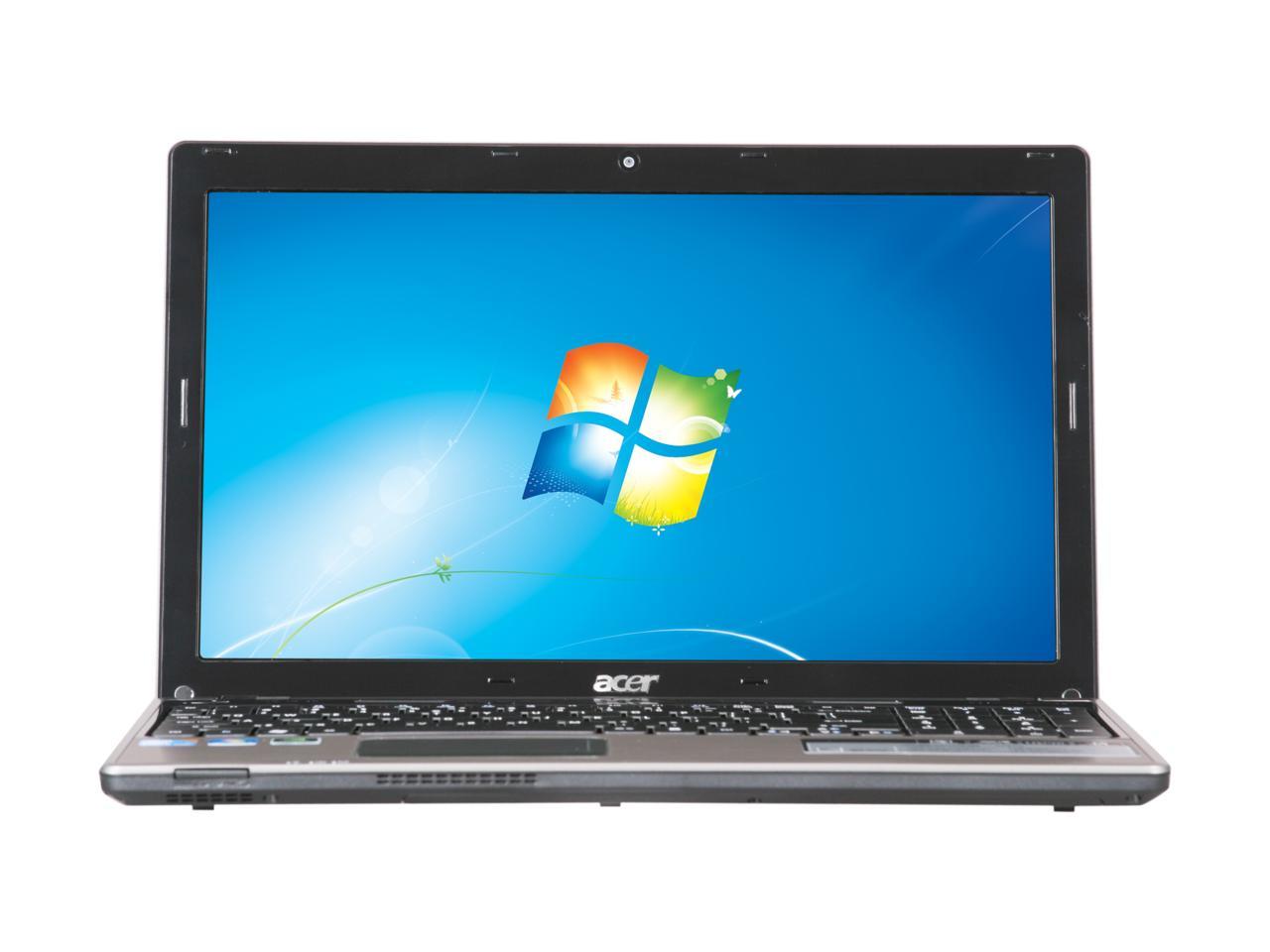 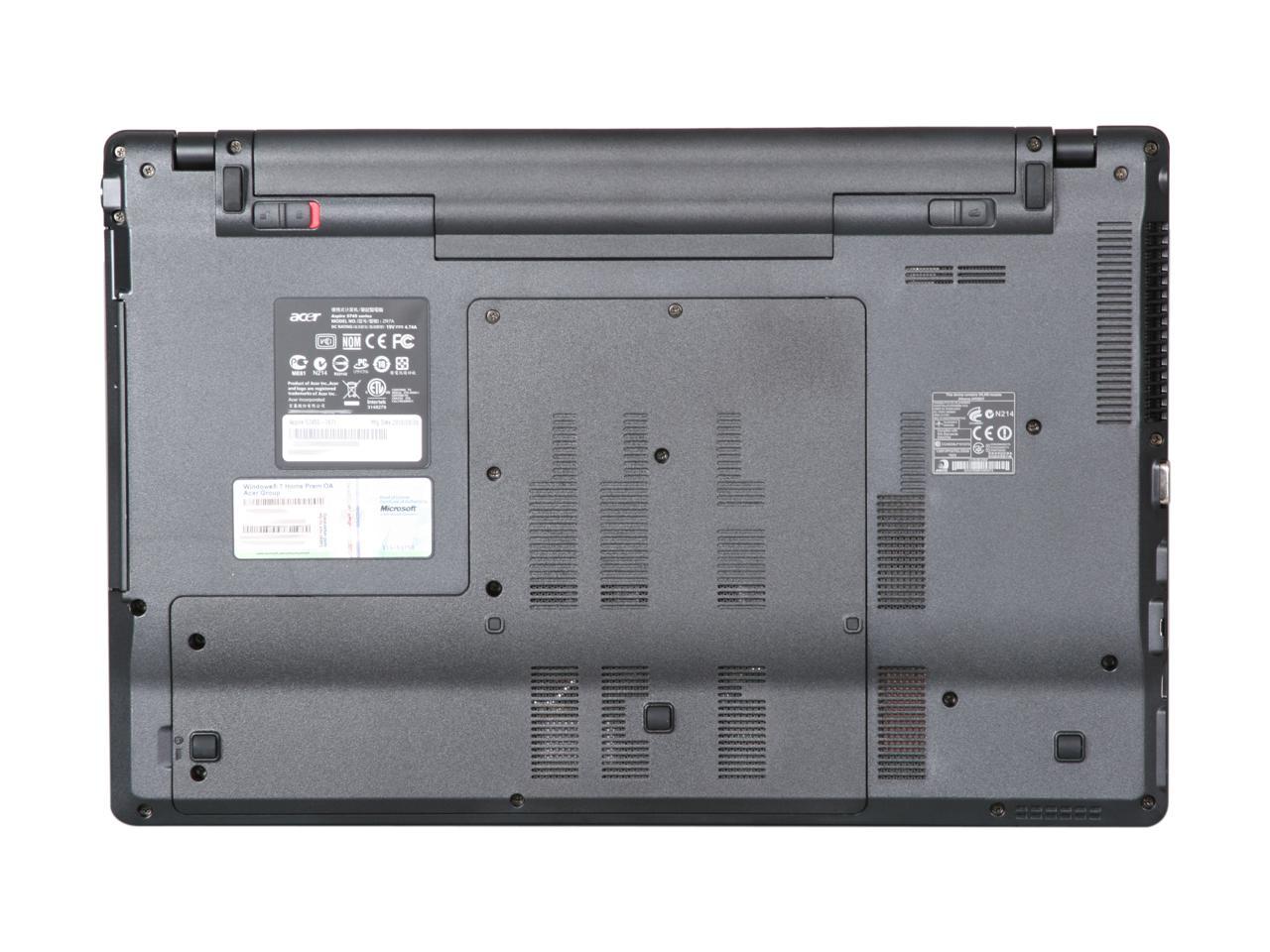 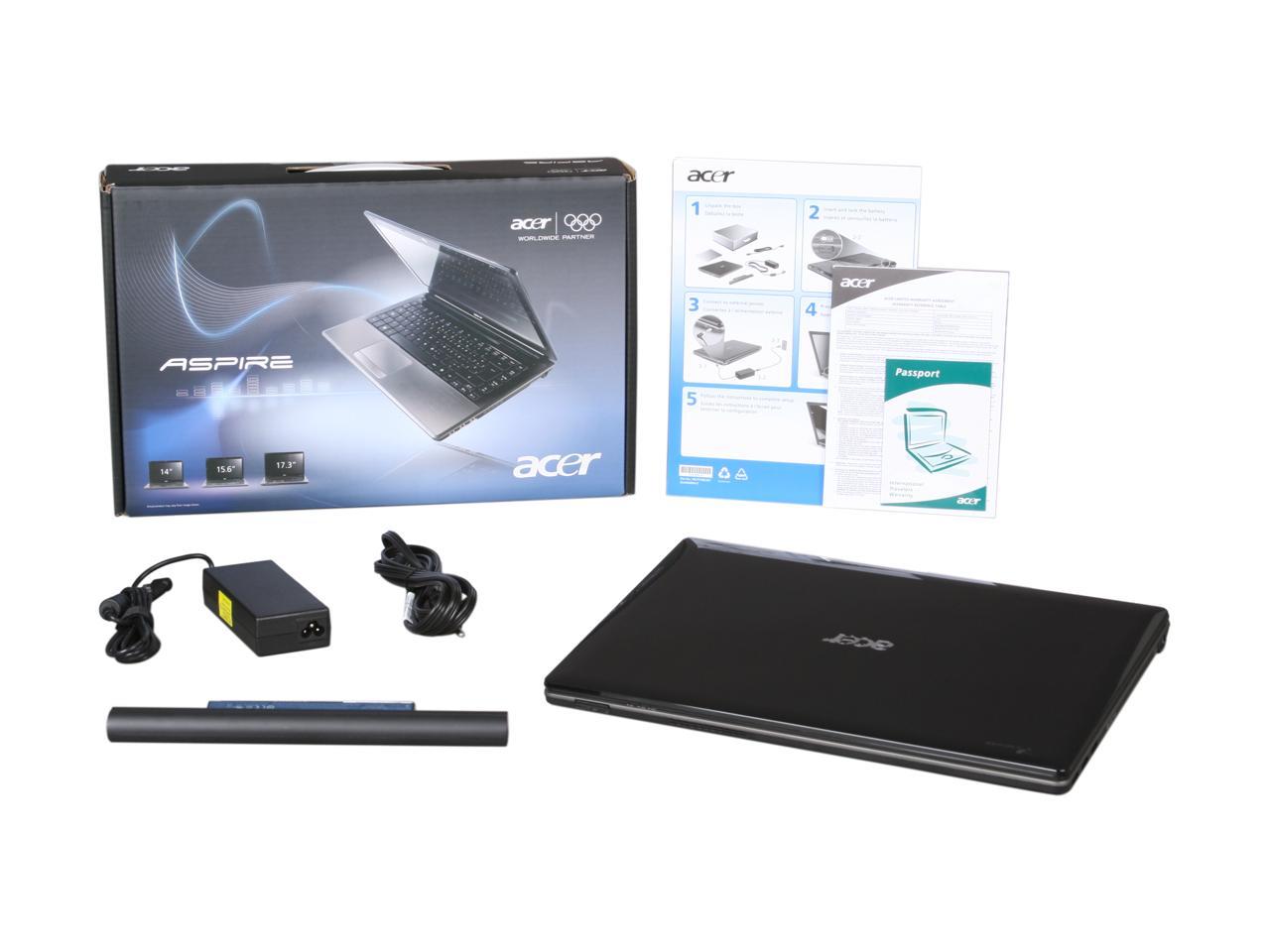 (26) Write a Review
OUT OF STOCK.
Overview
Specs
Reviews
Enjoy multimedia fun on-the-go with the Acer Aspire AS5745G-7671 Notebook providing advanced performance, amazing mobility and stunning entertainment in a stylish thin and light design. Enjoy HD media content and experience home theater enjoyment like never before with Dolby sound and a 15.6-inch 16:9 HD display. With the new Microsoft Office Starter 2010, the latest Intel Core i3 processing performance, outstanding convenience features and amazing connectivity you can conquer the most demanding applications and keep in touch with friends, work and the latest, while mobile.

Pros: Everything I needed - without all the crud you usually get form more expensive laptops. The specs speak for them self, a 2.4GHz i3 paired with a GT 420m, both great pieces of FAST middle class hardware. Sturdy case, yet still light weight, built to survive real life. Overall appearance while in use is great, LEDs not to bright, good accents, looks like it's built to perform. Nice keyboard, crisp key strokes, full number pad, slight texture on keys for grip - no deformation in the keyboard while typing. Very nice 'brushed aluminum' palm rest, no finger prints, sturdy. Speakers are very good, though they do lack in bass as you'd expect. Good case ventilation, highest temp seen while gaming - 69C on CPU, 70C on GPU ... overclockable? O.o Cheap - it has the same major internal components as other more expensive laptops, performs the same (in a sleek case might I add) and costs less, win win I'd say.

Cons: The display isn't something to brag about, very crisp and clear, but the colors aren't as vivid as on higher end laptops / TVs. My previous laptop was high end, so I'm used to more intense colors. I know I'll get used to this, and while playing games I haven't really notice it ... things still look great. When the lid is closed, the top (backside of the lid) is a bit flimsy; you can press in it and easily deform it. Not a problem while using the laptop, just don't set anything large and heavy on it (like you would do that with any laptop...). The lid is also glossy - fingerprint magnet, they could have done something else there. The power plug is in an annoying location, I find myself fighting it occasionally. Touch pad is centered under the spacebar instead of the entire keyboard - most laptops are doing this these days, it just annoys me. Some bloatware - very minimal though compared to other brands.

Overall Review: I did A LOT of research on laptops before I purchased this. On average, I was researching 1 hour per day for 2 months... My wife wanted the laptop for music, banking, streaming Netflix and browsing the web ... her requirements: Full number pad, light weight, durable, webcam + mic, cheap. I want it for web browsing and GAMING - yar, I'm a bit of a gamer in my free time ... my requirements: able to run all of my current games with at least HIGH settings, some future proof features like DirectX 11 and enough horse power to run new games on high or medium settings - not overheating in the process. This laptop fits the bill perfectly. I run LotRO on Very High settings with 4x AA and it doesn't shudder once - anywhere. I'll play some Starcraft II soon and report my findings - likewise any updates to my opinion. Oh, if you 're interested, this Acer 5745G scored 6522 in 3dMark 06. As always, Newegg rocks!

Pros: i3, 4Gb, 500GB, 420m. Does work, plays games such as Star Craft 2, surfs web, uses little power, battery last plenty long, screen is large and bright, brushed metal finish inside is very good quality and pleases eye, multitouch pad feature is working real well for me... except for when my fingers are cold, good quality product overall! For the price, Acer always packs in THE MOST features out of every brand that I compared it to.

Cons: Keyboard layout is a little different and takes a little getting used to. Same goes to touch pad, but you get used to both, since touch pad placement is aligned with the keyboard, not the center of the laptop. Top gets smudgy in a hurry, but hey... when it's clean it looks awesome!

Overall Review: I started comparing all possible laptops in $500-$700 bracket few weeks before Black Friday sale, and picked out a different Acer.... Specifically waited for B-F sale and this one just blew my mind. $599 shipped for all of this?! Insanity I thought to myself and immediately added to basket and checked out :) If your hesitation has anything to do with the brand, just drop it. I now have two Acer laptops in the family, one was bought back in 2000, other one was bought in 2005. Both are still running like new, one as a desktop work computer, other as a school/travel beater laptop. It's been through it all with me... and still works like a champ! I've never had to deal with Acer's support, but I am a loyal customer forever. What these guys are able to offer for the price, is just not even fair to their competition.

Pros: First off, it's light, minimal in design & has a full size keyboard. I am very impressed with the performance of the i3 370M. It is snappy under demand & runs fairly cool (~42C under load). The screen is bright & clear. It has all the peripheral I/O that would/could be needed. The speakers sound quite well so long as the ambient noise levels are low - movie playback is smooth & flawless. The Geforce 420M seems to be up to the task in mid/low high gaming. I got it on sale here @ the Egg, but even at it's current price point it's a good enough deal.

Cons: I was a bit late on the i5 17.3" model for about the same price. The screen is rather bright & colors aren't as vibrant as say an Ati offering. The battery life peaks @ ~3hrs. with full brightness + wireless browsing (which is actually more than enough but just stating). Back lit keyboard would have been nice. Yes I spent ~1.5hrs removing extraneous bloat ware - all of which was easily removed w/o trouble and GREATLY improved boot time & overall performance. The 500GB 5400rpm Hard Disk seems rather slow to me, but only because I'm accustom to SSD.

Overall Review: I bought this for the new lady in my life in order to aid here in school. So I am completely confidant that it will meet that role & then some w/o any issue. My Cons are not big enough to deduct any Eggs, just minor gripes. However, for the price point this laptop will fit the bill.

Pros: Very fast startup from standby low-power state. Cold startup takes right under a minute with Windows 7. Screams through most any visual chore you can throw at it. GPU takes over nicely with settings you choose in NVIDIA's control panel. Seamless transition between pausing a game, checking your bank accounts online real quick, then hopping back in to eliminate the waiting bad guy. Average battery life. Wireless range is great, even better with USB 7db antenna...

Cons: None other than maybe needing a lighted keyboard (as all laptops should in my opinion)

Pros: Fast Gets the job done havn't had a chance to throw games at it.

Cons: It didnt come with a mouse , but most dont.

Cons: -FIXED: To save power, computer shuts off DVD drive, sometimes the drive won't come back on until restart. Could be fixed by uninstalling or disabling software -FIXED: Headphones make constant clicking noise with included driver. To fix, go to device manager and uninstall the audio driver, then let windows update install its own driver (which works better). -Battery life is relatively short for a 6 cell battery. Usually 3-3.5 hours, compared to a 9 cell dell that gets 7-8 hours. -No blu-ray drive, but for this price range that is understandable -Glossy screen lid could get scratched easily, but I haven't had this problem. -Doesn't flat out let you burn a Windows 7 Install DVD and doesn't come with one. So to format the HDD and put clean Windows 7 on, you need another 7 DVD. The key on the computer should still work.

Overall Review: *The first couple weeks were difficult because of learning the in's and out's of the laptop, but that is true of any computer. And I think I've addressed most of the ones I could think of here. *Windows 7 is an Acer branded version. I formatted and installed regular Windows 7 Home Premium and still used the key on the computer. *I can play The Godfather II game at highest quality with no lag. Whether that is good, I do not know, I am not a gamer. ***Overall this computer looks like it would hold up to everyday use and occasional gaming. I am very pleased with this laptop and would recommend to a friend.

Pros: No issues so far. Nice and fast.

Cons: Comes with some junk installed, easy enough to remove. AC connection seems a little loose, but no issues so far.

Overall Review: Easy to get smudges on cover like others say.

Pros: Bought it for a teenager. Very thin and screen is wider than 16x9 laptops. Nice Keyboard, most importantly it ran BlackOp's very nice. Very little junk ware and they all uninstall via control panel. Good all around laptop.

Cons: Touch Pad is very sensitive, without even palm on touch area it start moving the mouse. Screen is not as sharp and doesn't have enough viewing angles. Will have to adjust when you move your head position.