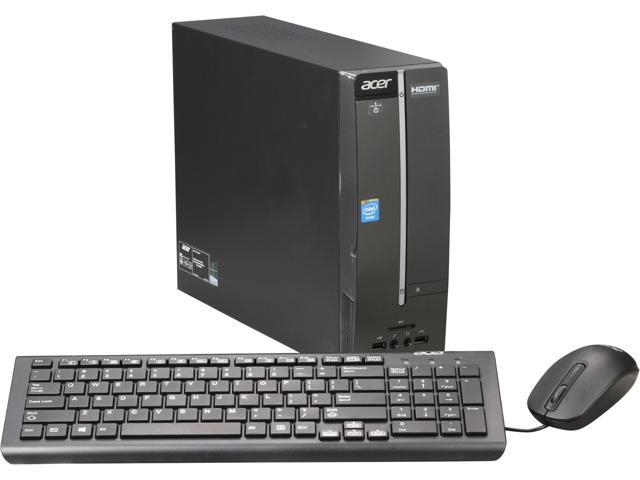 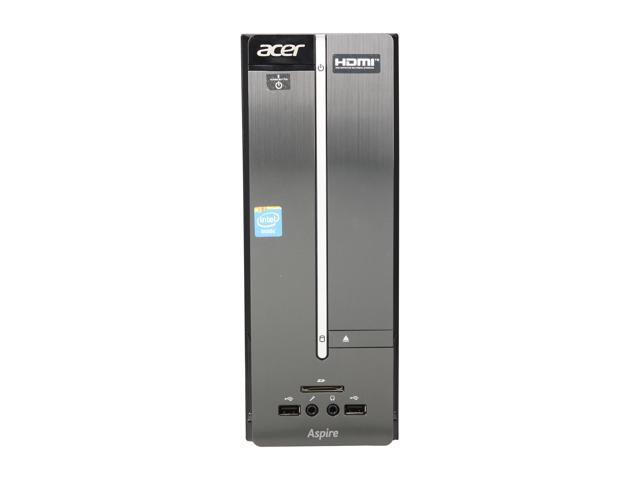 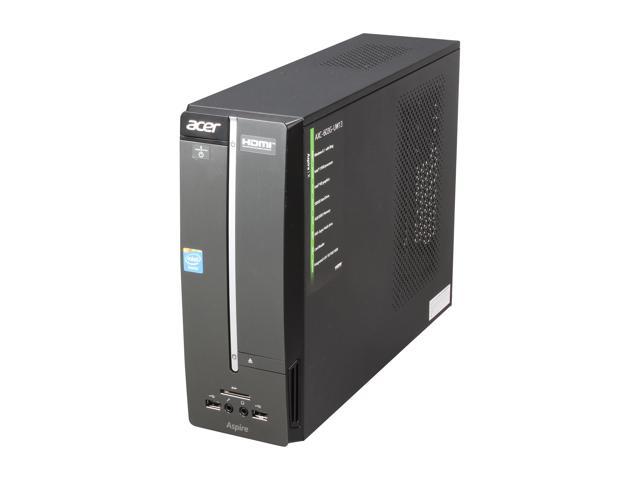 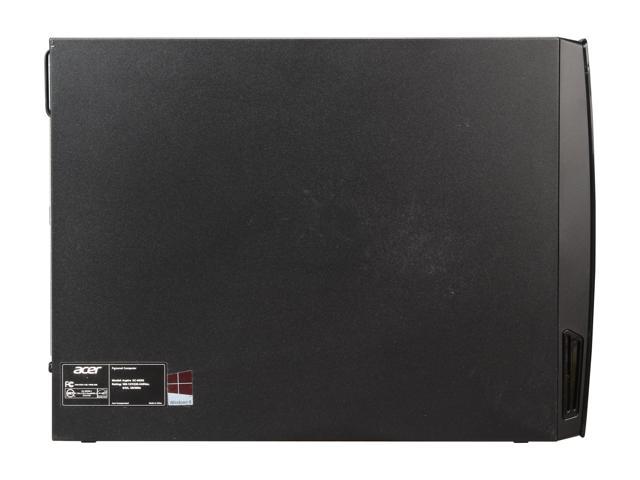 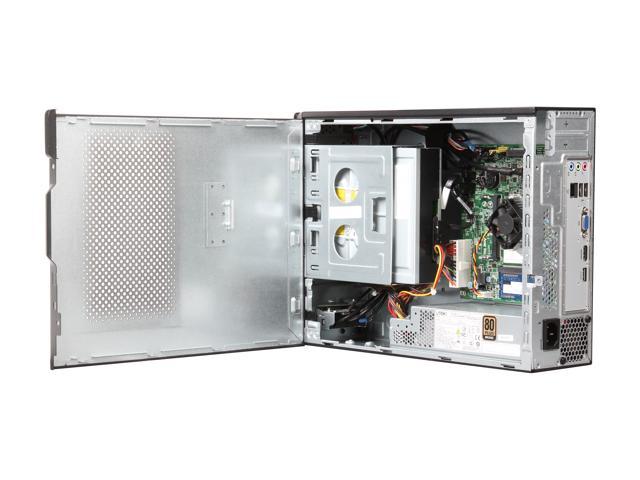 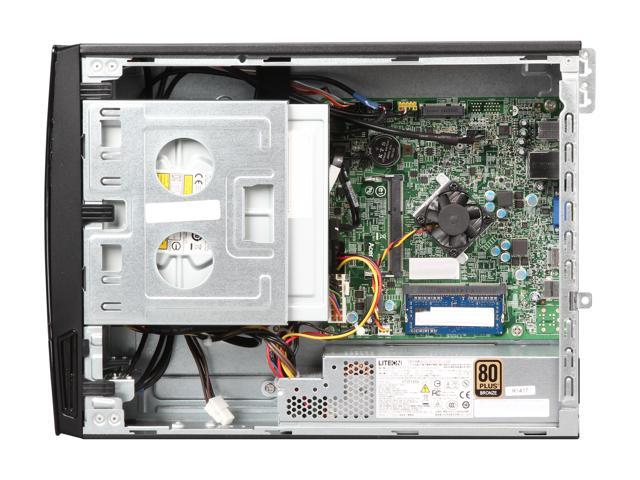 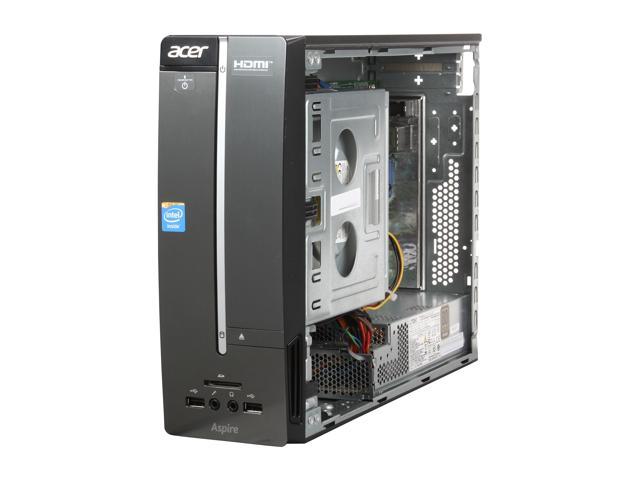 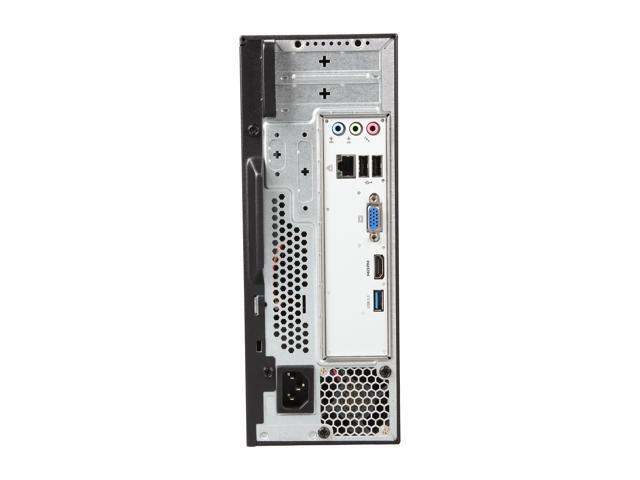 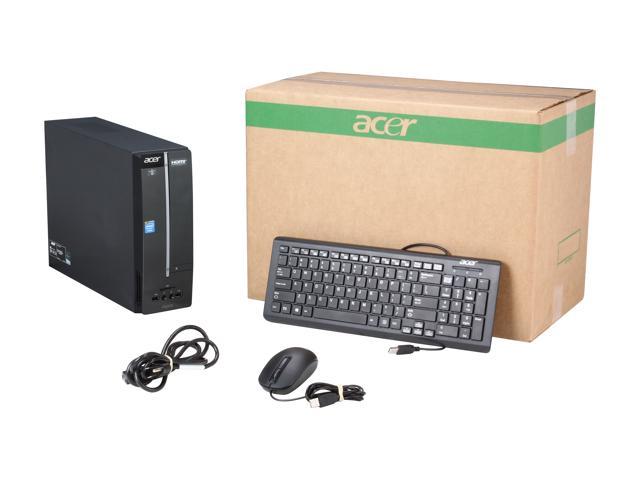 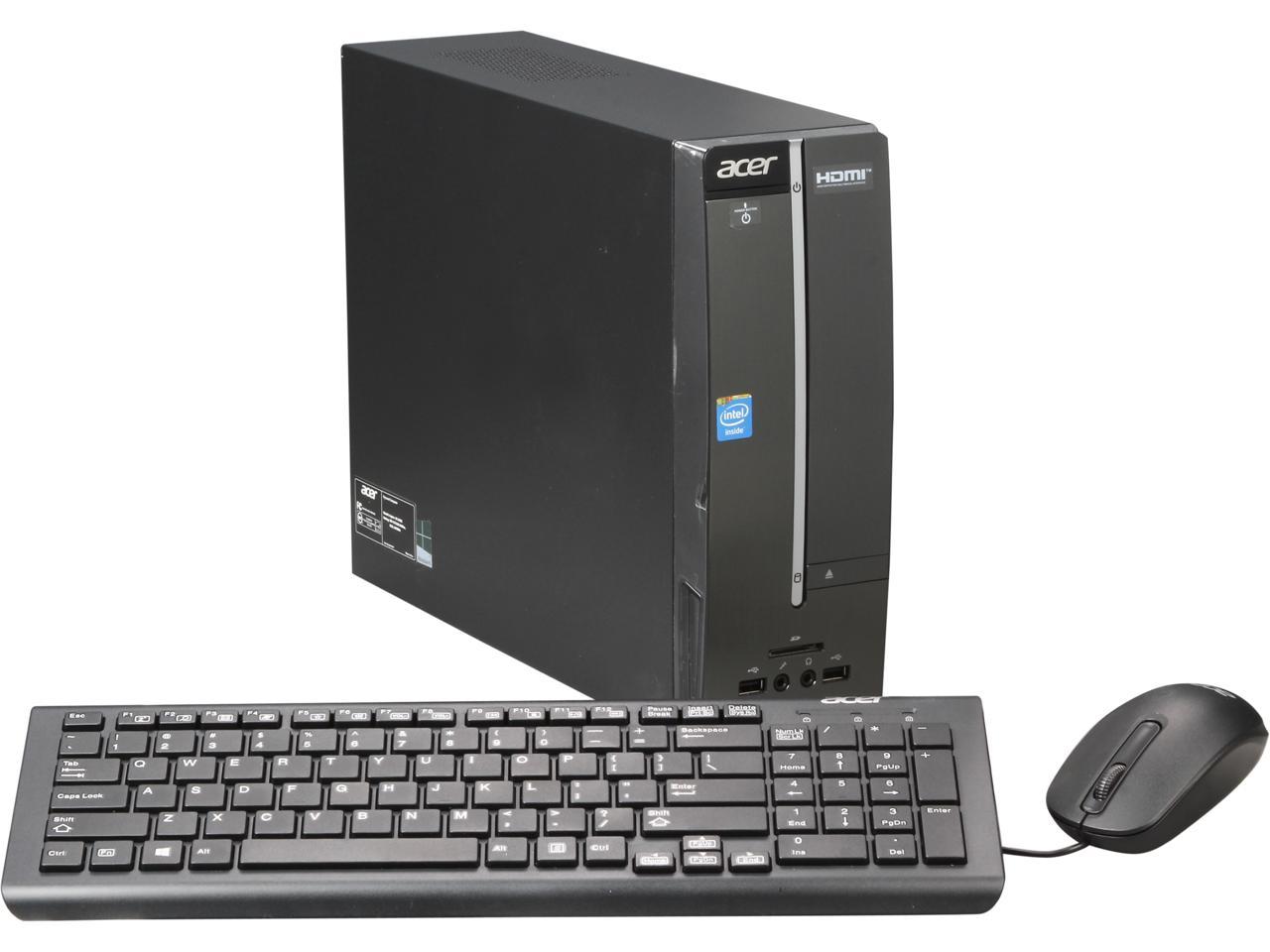 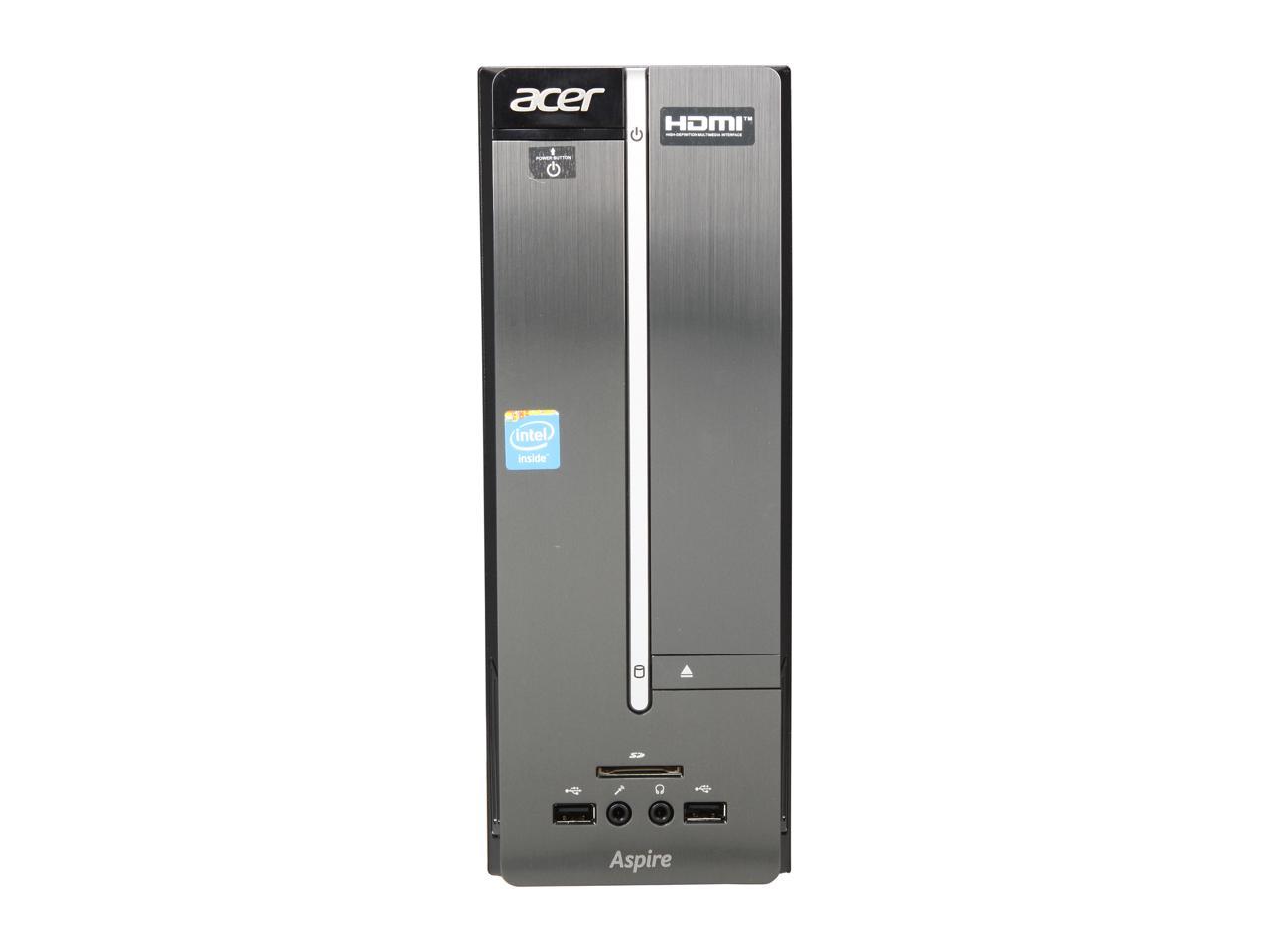 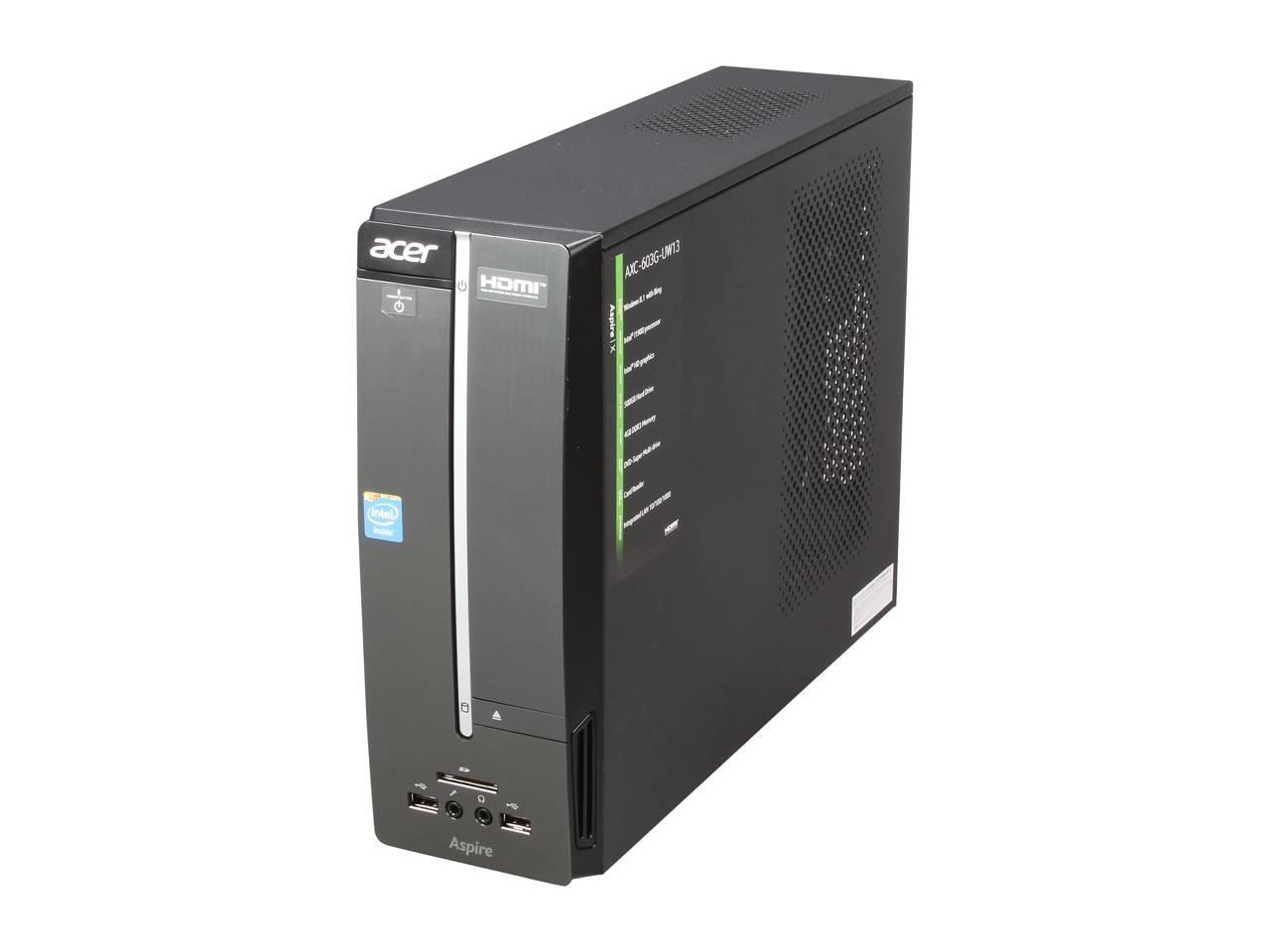 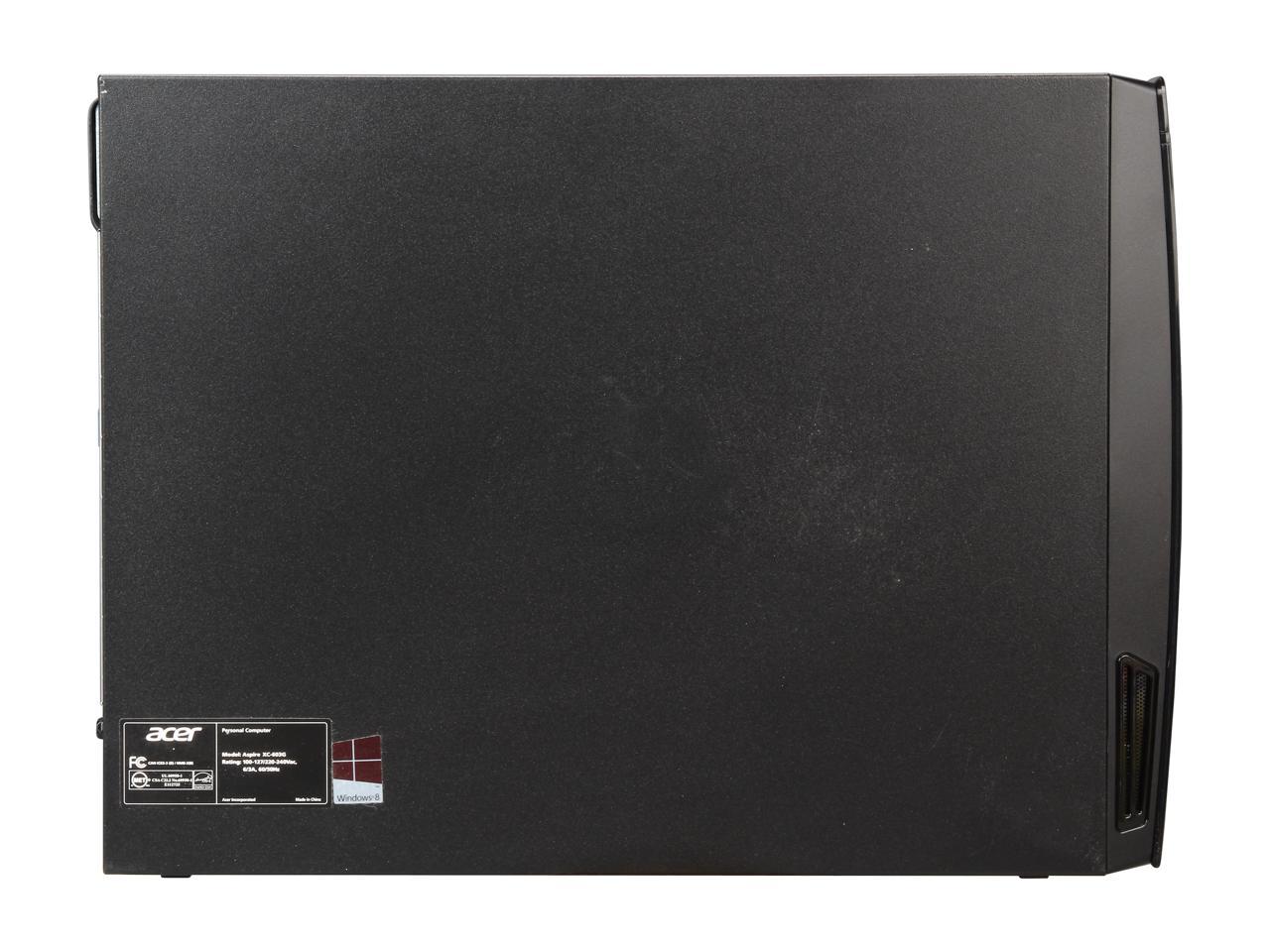 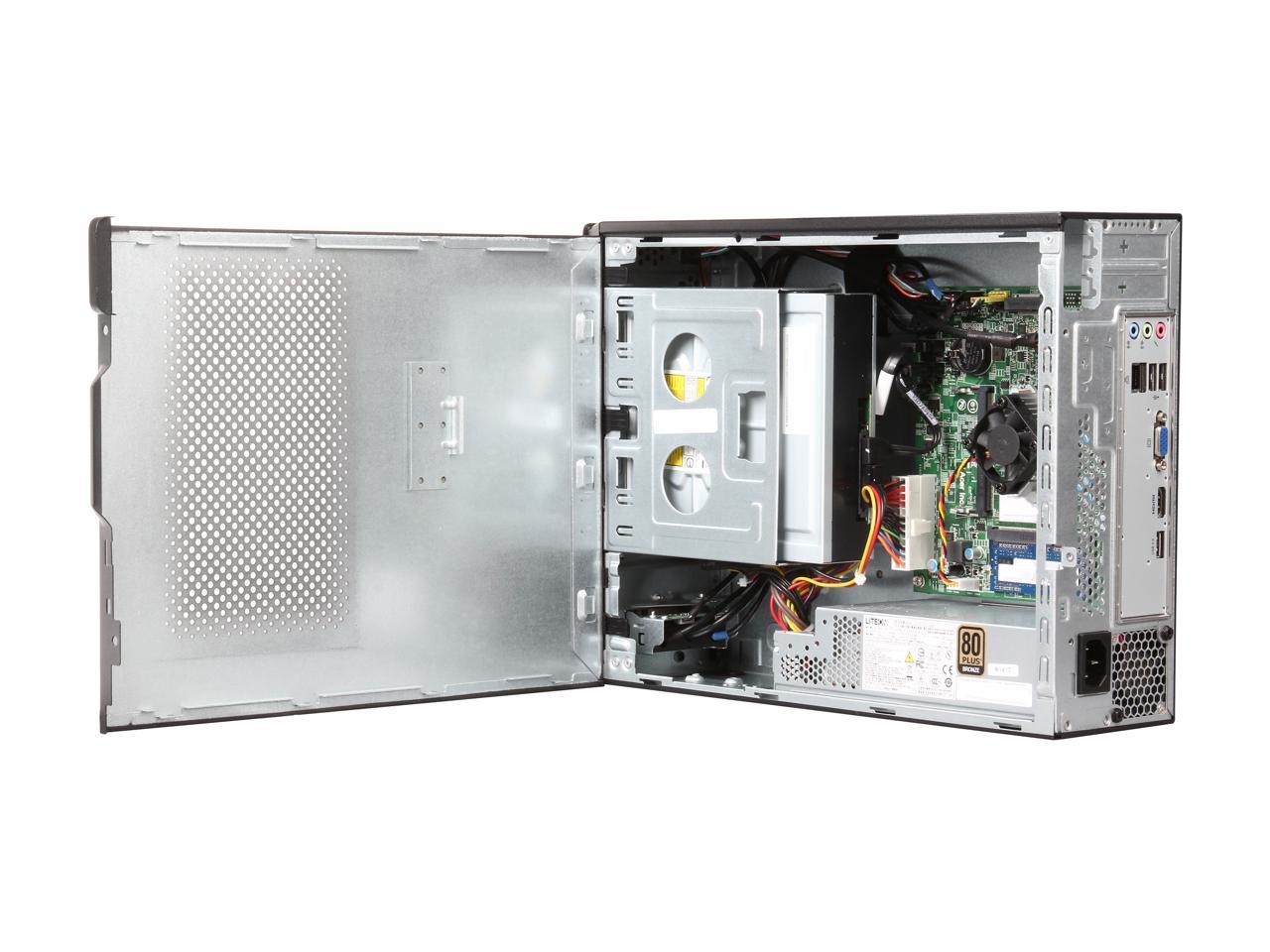 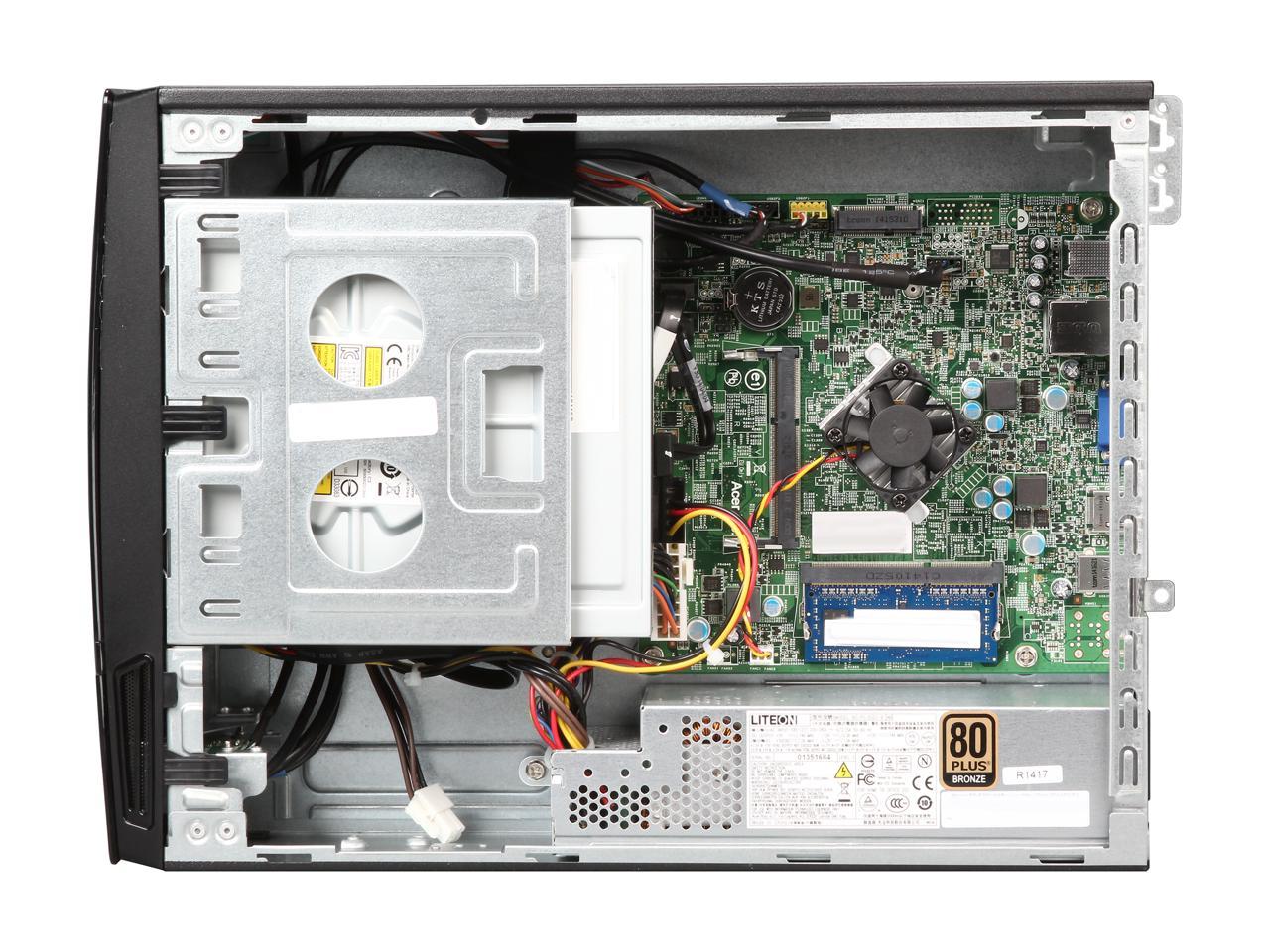 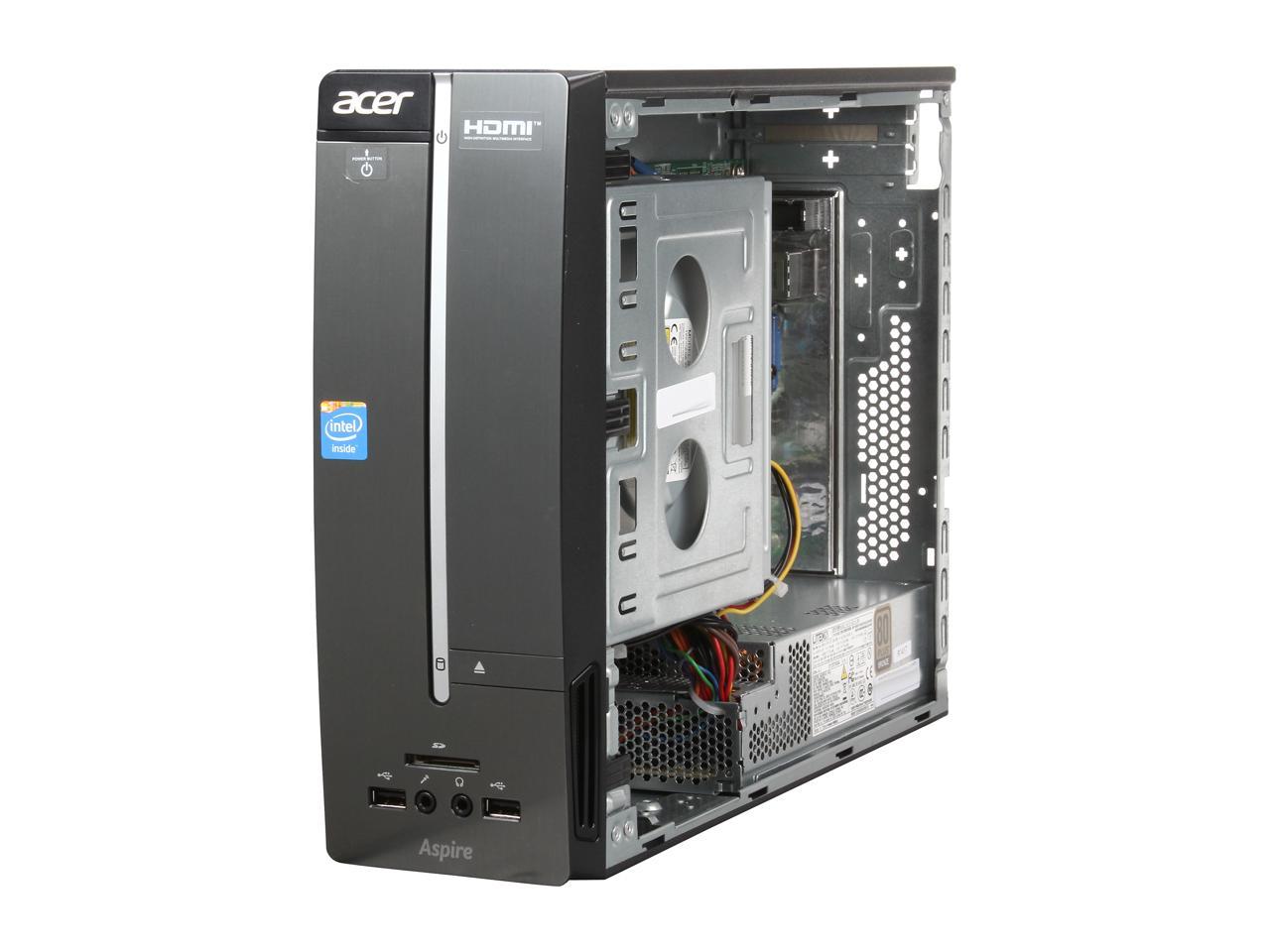 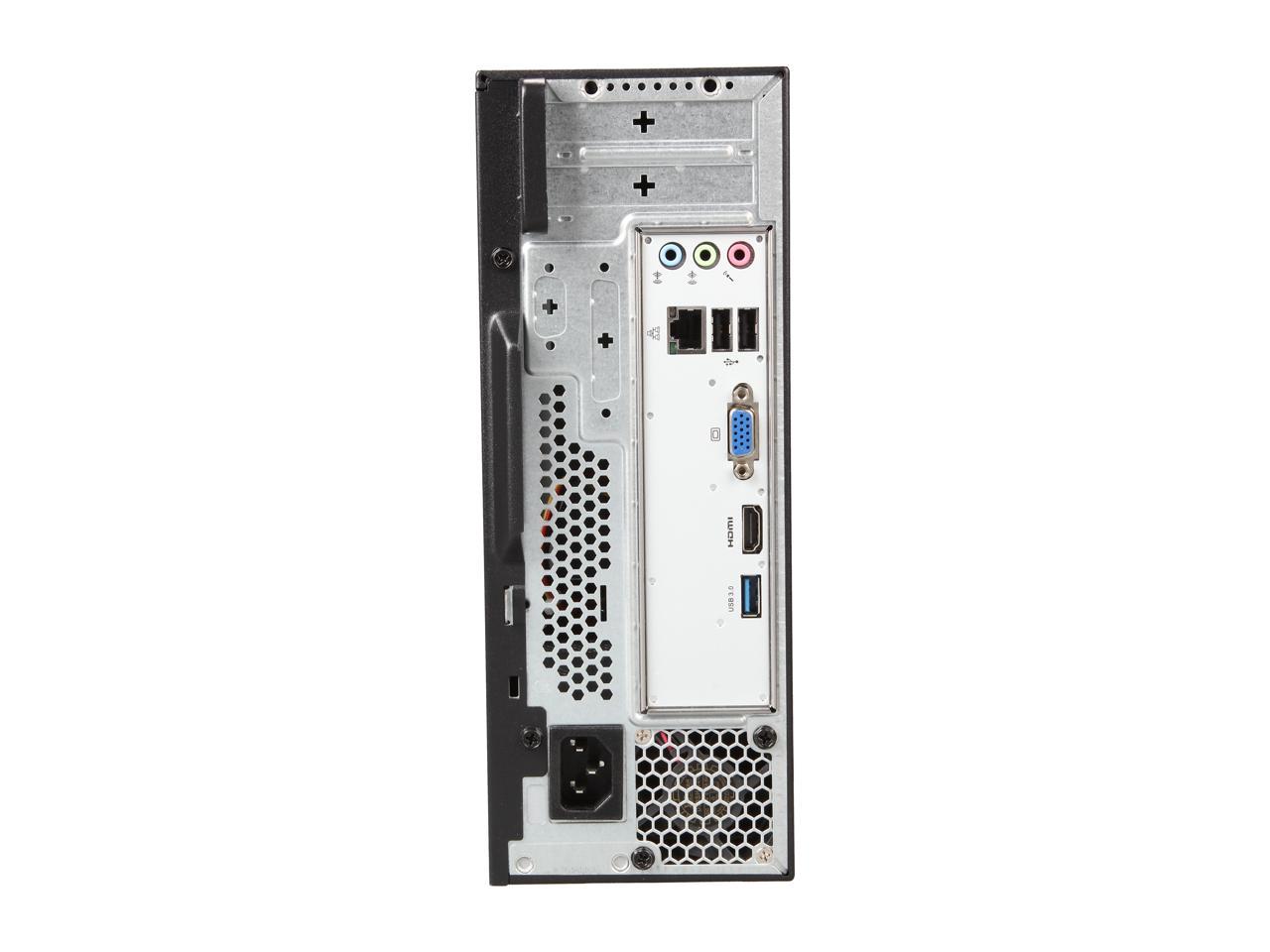 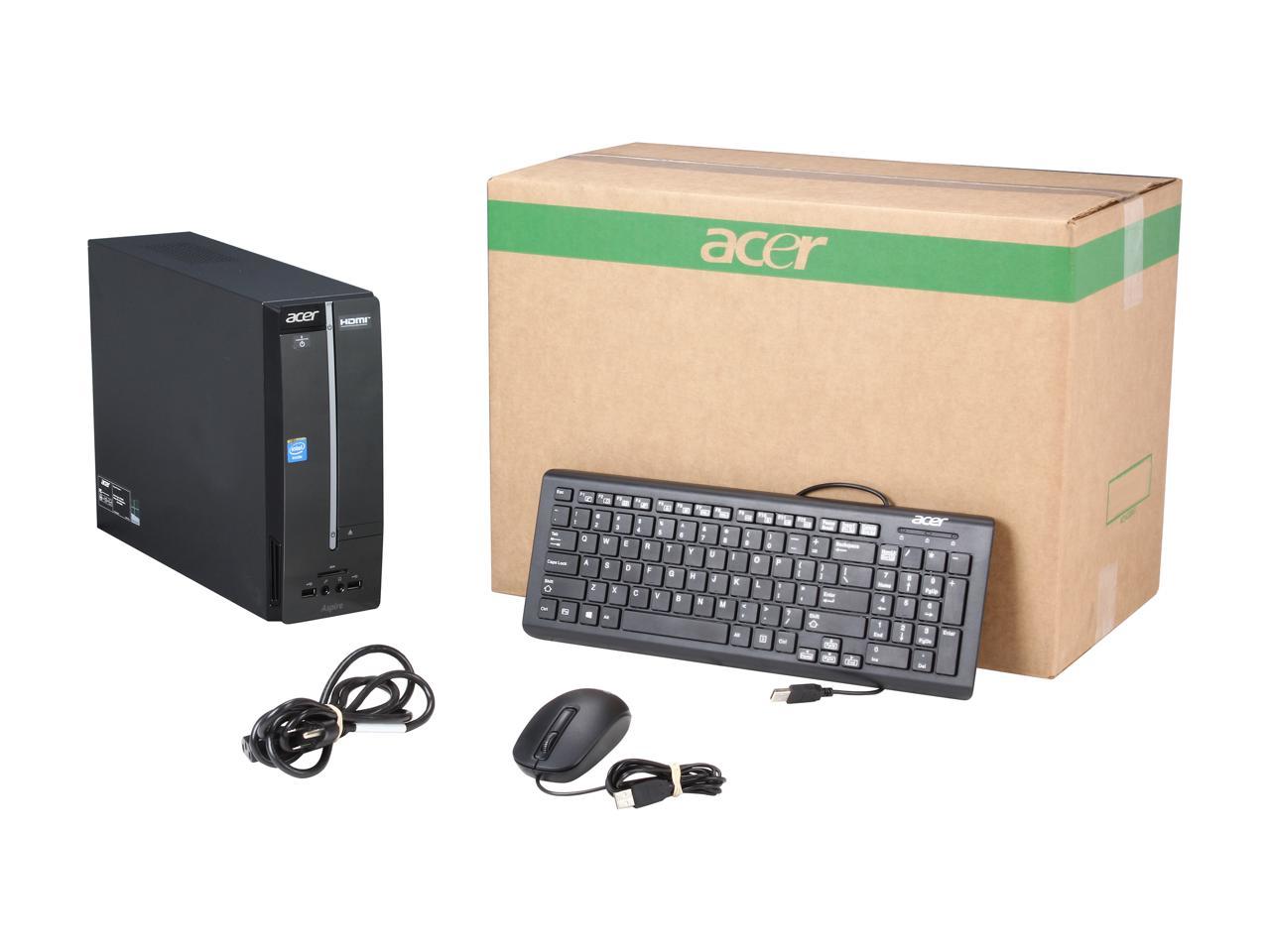 This means the product was tested and repaired as required to meet the standards of the refurbisher, which may or may not be the original manufacturer. Any exceptions to the condition of the item outside the manufacturer’s information should be provided in the listing, up to and including warranty details.
(7) Write a Review
See more "acer aspire desktop"
OUT OF STOCK.
Overview
Specs
Reviews

Overall Review: This is a good machine for the price. The J1900 CPU only has hardware to address 8GB RAM; you can put, at most, 4GB in the second slot, or else it will fail to start. The machine is sluggish without 8GB of RAM. With 8GB, I can run Unity 3D, Gimp, Krita, Chrome, Spotify, and OSB (for Twitch.tv) all at once, no problem. 8GB should have been standard; it would have taken the price up a small tick. It only has the two SATA controllers for the hard drive and DVD, although there's physically space (but not mount points) to add another 3.5" drive. A 240GB OCZ SSD could replace the 500GB hard drive; Windows itself eats about 40GB. Considering the amount of hard disk activity (without RAM being full), this is a big upgrade. A third SATA controller would have allowed for a much cheaper 90GB or 120GB drive to pair with the 500GB hard drive. This computer is EFI only, with no Legacy CSM remaining in the latest BIOS upgrade. It only boots Windows 8 or a modern Linux distribution. The limited RAM capacity and lack of a third SATA port limit this machine. It requires an additional 4GB of RAM for tolerable performance, and requires a large-capacity SSD if an SSD upgrade is desired. Aside from this, it's a great spare Windows machine at the sub-$200 price tag. I bought it for Unity 3D development, and it's performed well without an SSD upgrade.

Pros: Ultra low power all in one works well as a storage and media server. I installed lubuntu 14.10 onto an SD card in the front slot, replaced the DVD-RW with a BD-R drive, and the 500gb with a few 4tb drives to store all my media. It runs squeezebox server and plex server well, has no problems transcoding bluray mkvs to my phone. PSU is rated 220 watt 80+ bronze. There's an empty mini-pcie slot on the board for wifi, but i plugged in a homemade adapter to a fullsize pcie slot (mPexternalizer) and added a few more sata ports

Cons: Hideous racket emanates from the glacially slow HDD. Once it was removed, the total noise from the system dropped to maybe a quarter of what it was (small, relatively quiet CPU fan, and a small, not very quiet PSU fan) I ordered two, and one shipped with only 2GB ram instead of 4, but newegg handled the rma prompty. The other had a single 4gb stick - so it isn't taking advantage of dual memory channels like it could. It NEEDS DDR3L and doesn't seem to work with regular voltage DDR3. There are limited upgrade options, but that's what makes this a low end system and keeps it cheap.

Overall Review: I had an ECS liva which was just a little underpowered to do plex transcoding, but drew less than 9 watts at peak (not including the external hdd that drew 12). This has twice as many cores running faster, twice the ram, and the hard drive is internal - i was expecting it to draw more, but it idles at 12 watts- the same as the drive inside it's usb enclosure normally does. I almost don't trust the readings but they're consistent. Peaks at 20-25 watts with cpu and drive activity.

Pros: This was given to my niece for Xmas. It has served her well as a basic home PC. She likes Windows 8 so no problem there. Acer finally released BIOS update P11.B2 to "Support "Launch CSM" item in BIOS setup menu." See the Acer driver support page for AXC-603G. This is an excellent upgrade to support legacy OS like Windows 7 and even XP or older Linux distros. There are no official Acer drivers for XP or Linux. You'll have to find at Intel or Linux.

Cons: There is very limited expansion options - only 1 pci-e slot and no extra SATA connectors - only 2 total.

Overall Review: RAM expansion/addition helps this PC run much better. At the Newegg sale price with rebate, it's a good deal.

Pros: Price, abilities, looks brand new, works like brand new. Great basic PC for Email, OFFICE, Making greeting cards, Downloading stuff, etc. HDMI output is also a plus. You can even hook it up to your large TV and use it as a very cheap entertainment box, if you want.

Overall Review: * Great value for a good desktop PC and Windows 8.1 --- basically for the price of an operating system....

Pros: Couldn't upgrade my old (ca. 2002) tower for anywhere near what this refurb'd Acer cost. Win8 by itself is $100. Decent quality. I don't expect it will last as long as my old tower, but overall I've had good luck with Acer/Gateway products.

Cons: Like others have mentioned, the system seems a little sluggish. They say it's a 7200 RPM drive but it doesn't feel like one. Not a deal-breaker though.

Overall Review: Condition of the one I received is like-new despite the packaging used by the refurbisher being substandard. One of the key caps was loose when I opened the carton but was easy enough to reattach.

Overall Review: Lasted for over 5 years and still going strong. No problems whatsoever with the pc but it is getting old. The bios cannot be upgraded to work with new tech. so it looks like I will need a newer one at some time.

Pros: Good little desktop. Easy to install. Worked great for a while.

Overall Review: I am trying to get warranty help now. We will soon know how that works.