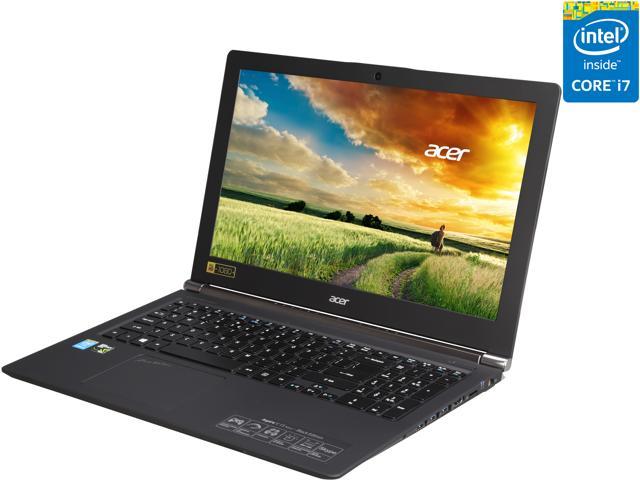 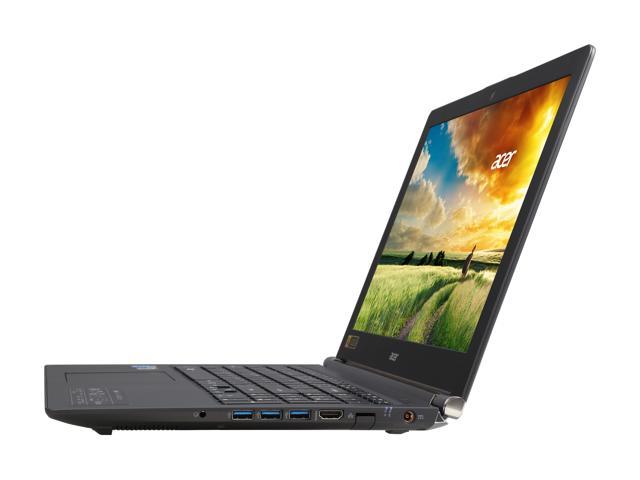 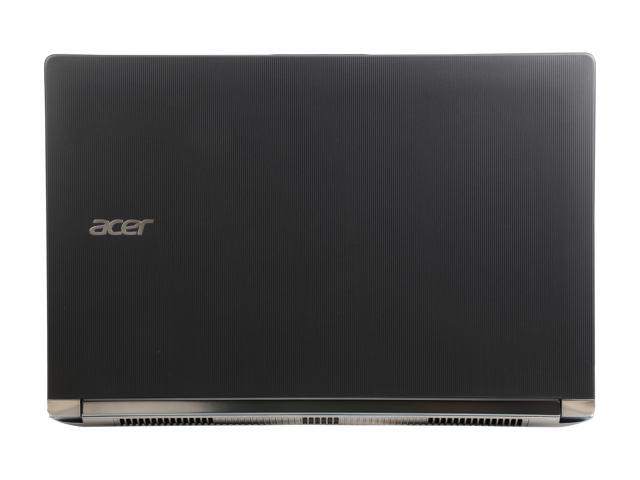 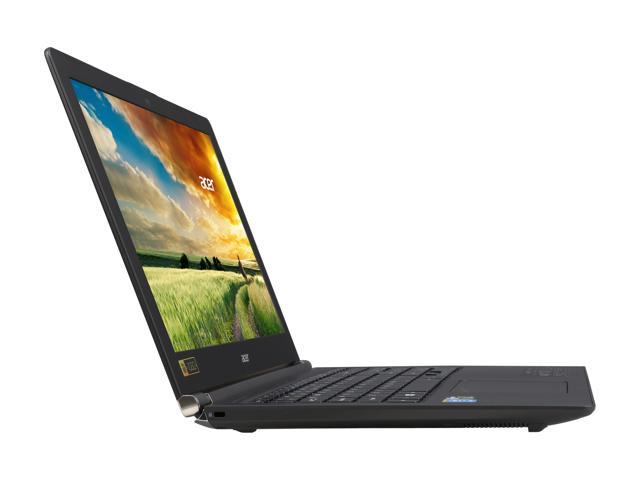 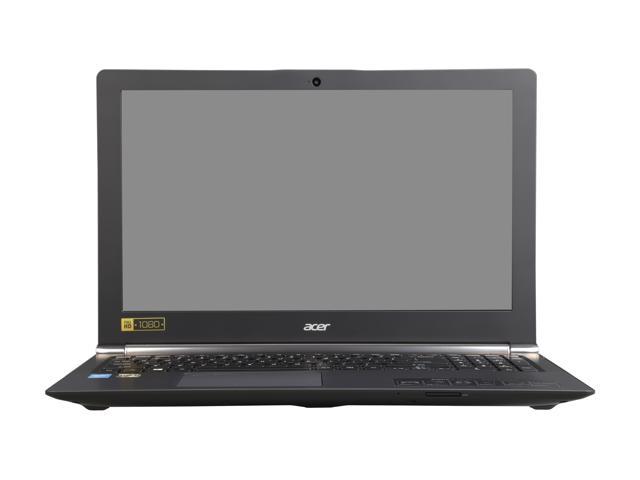 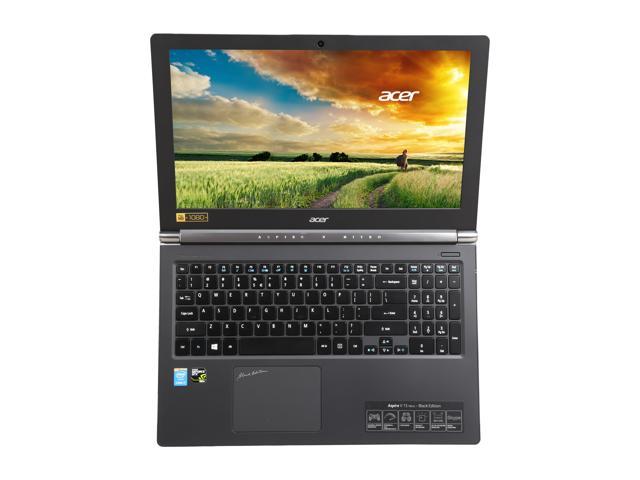 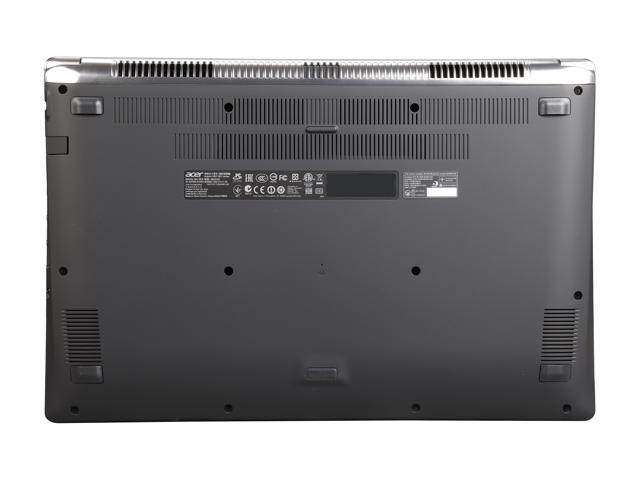 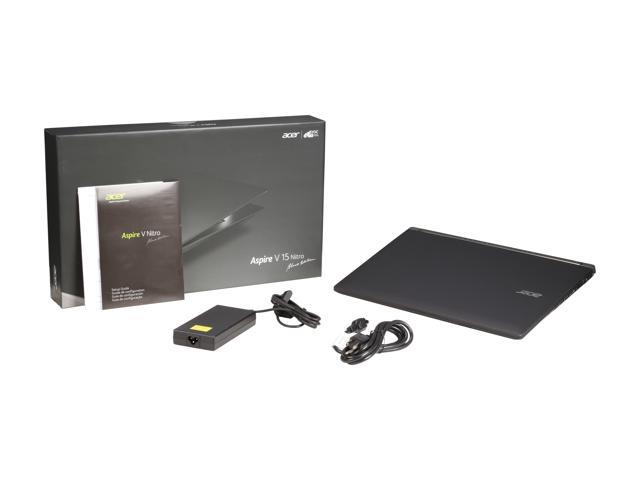 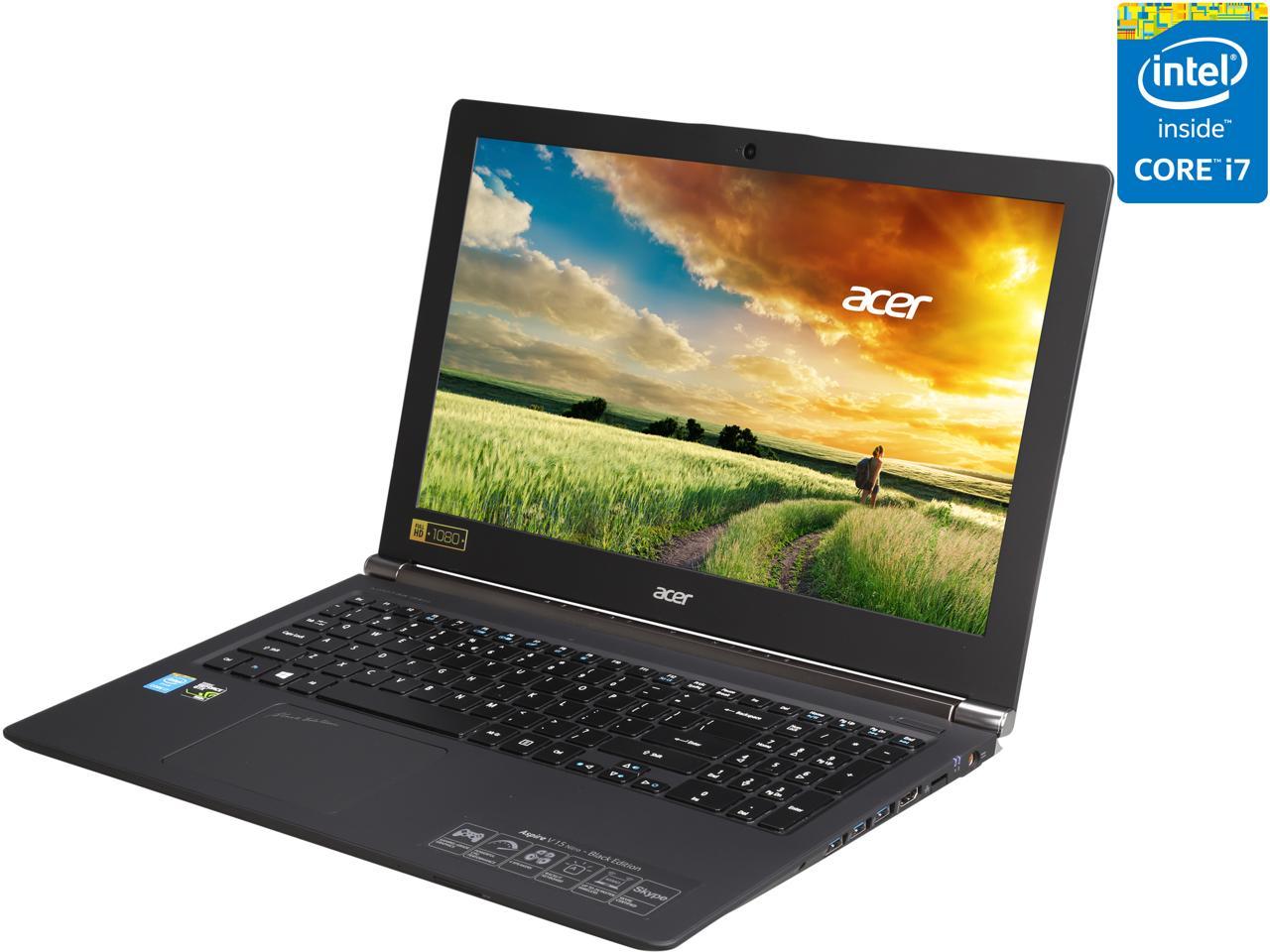 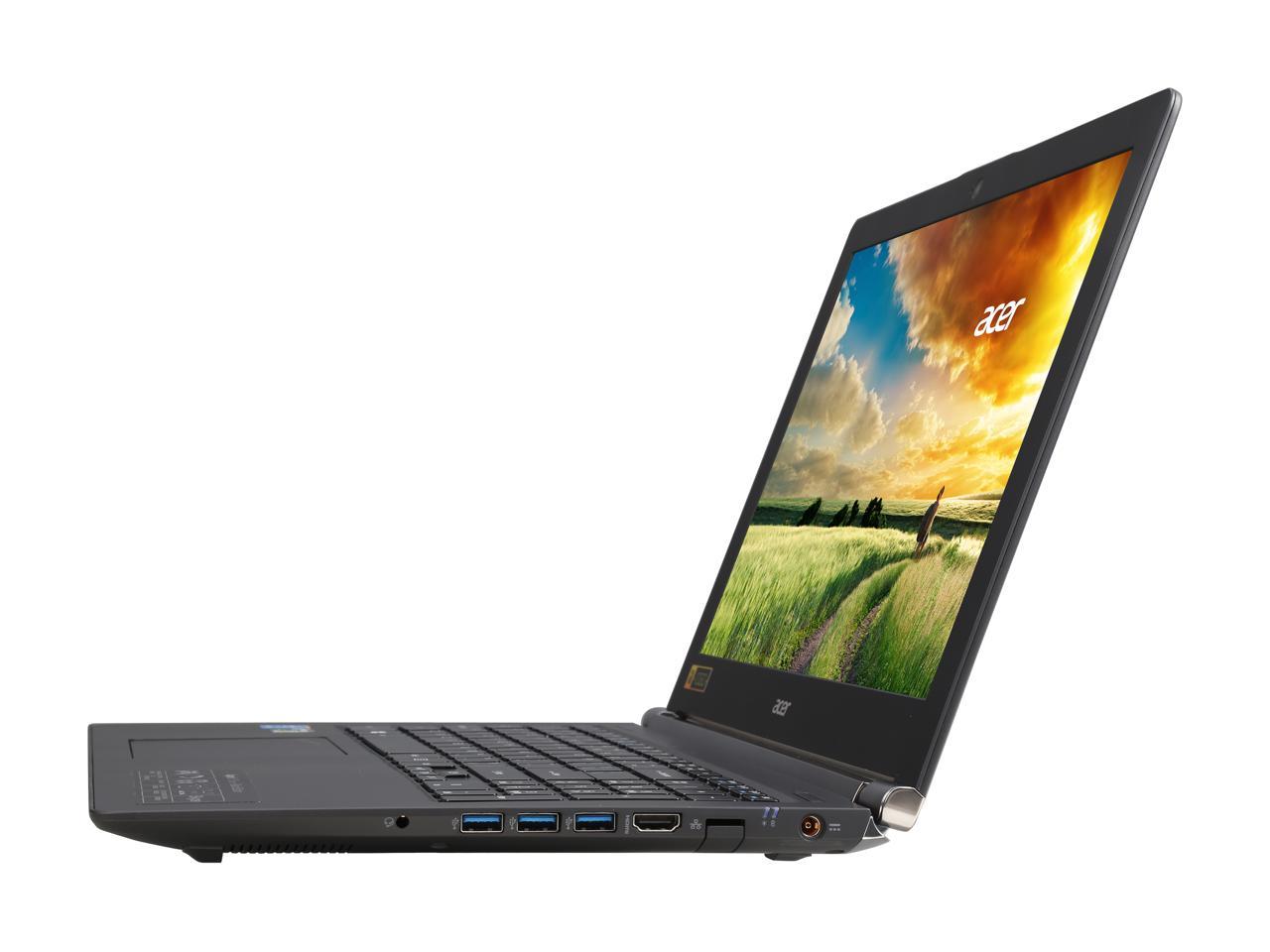 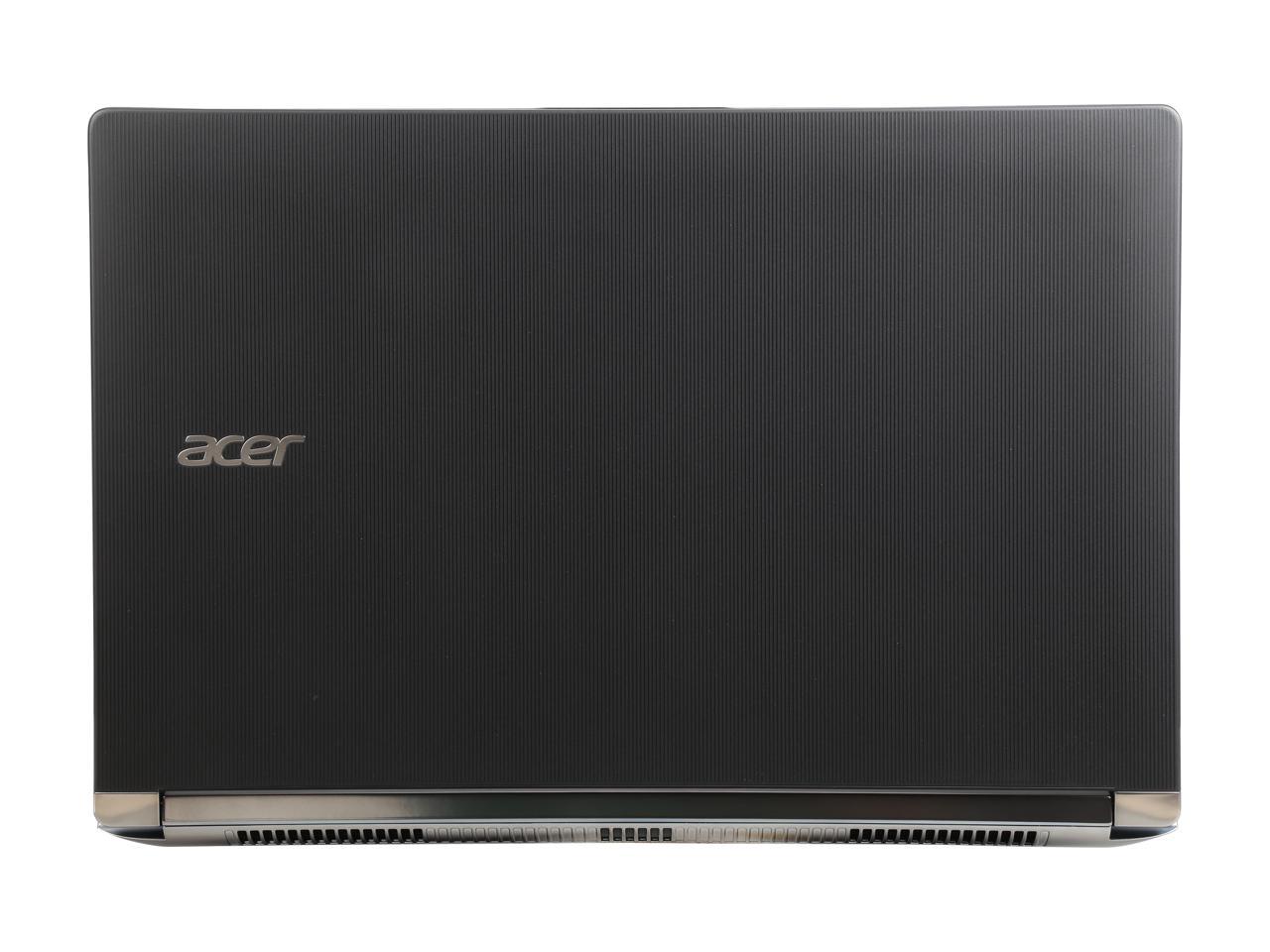 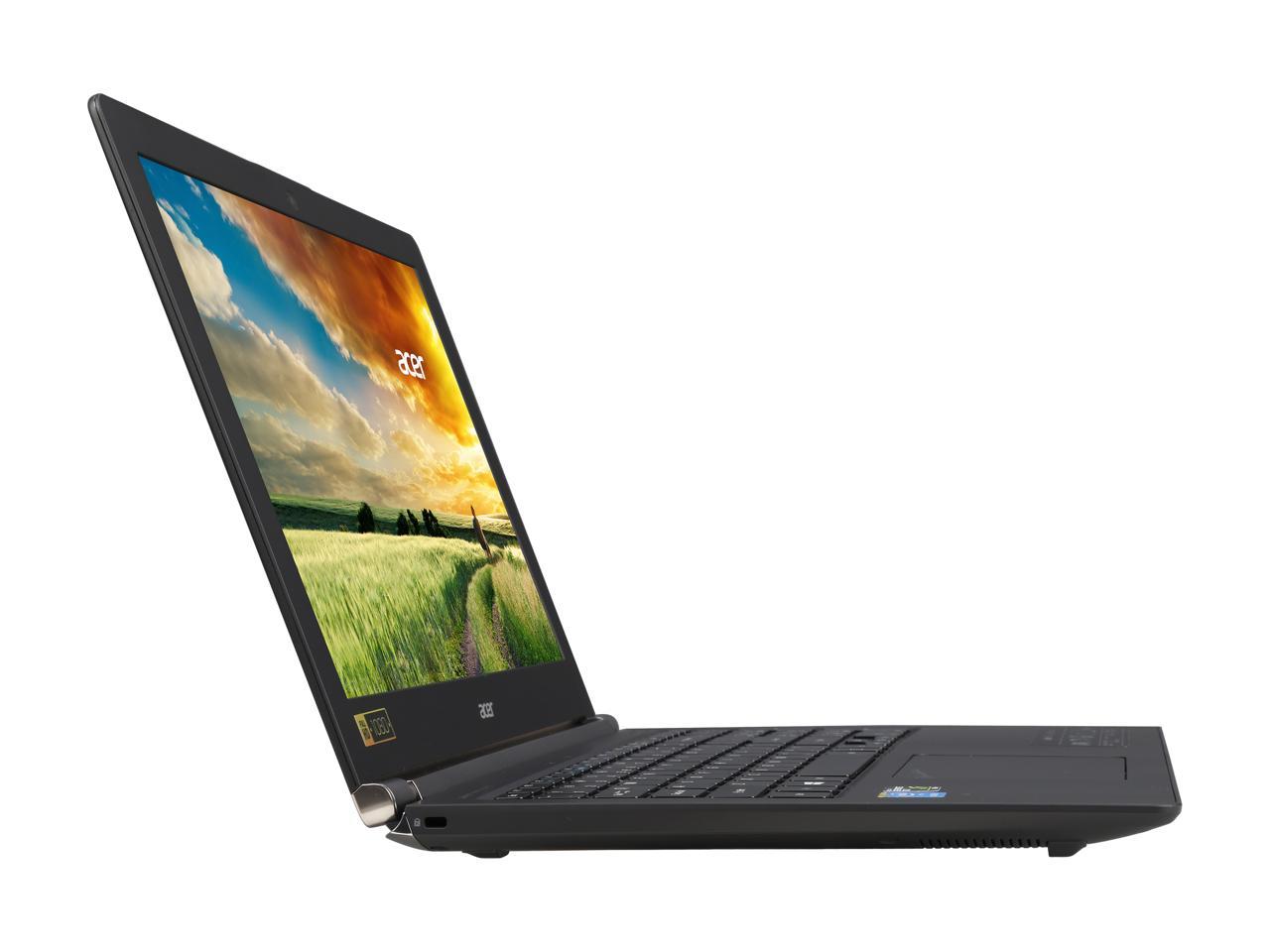 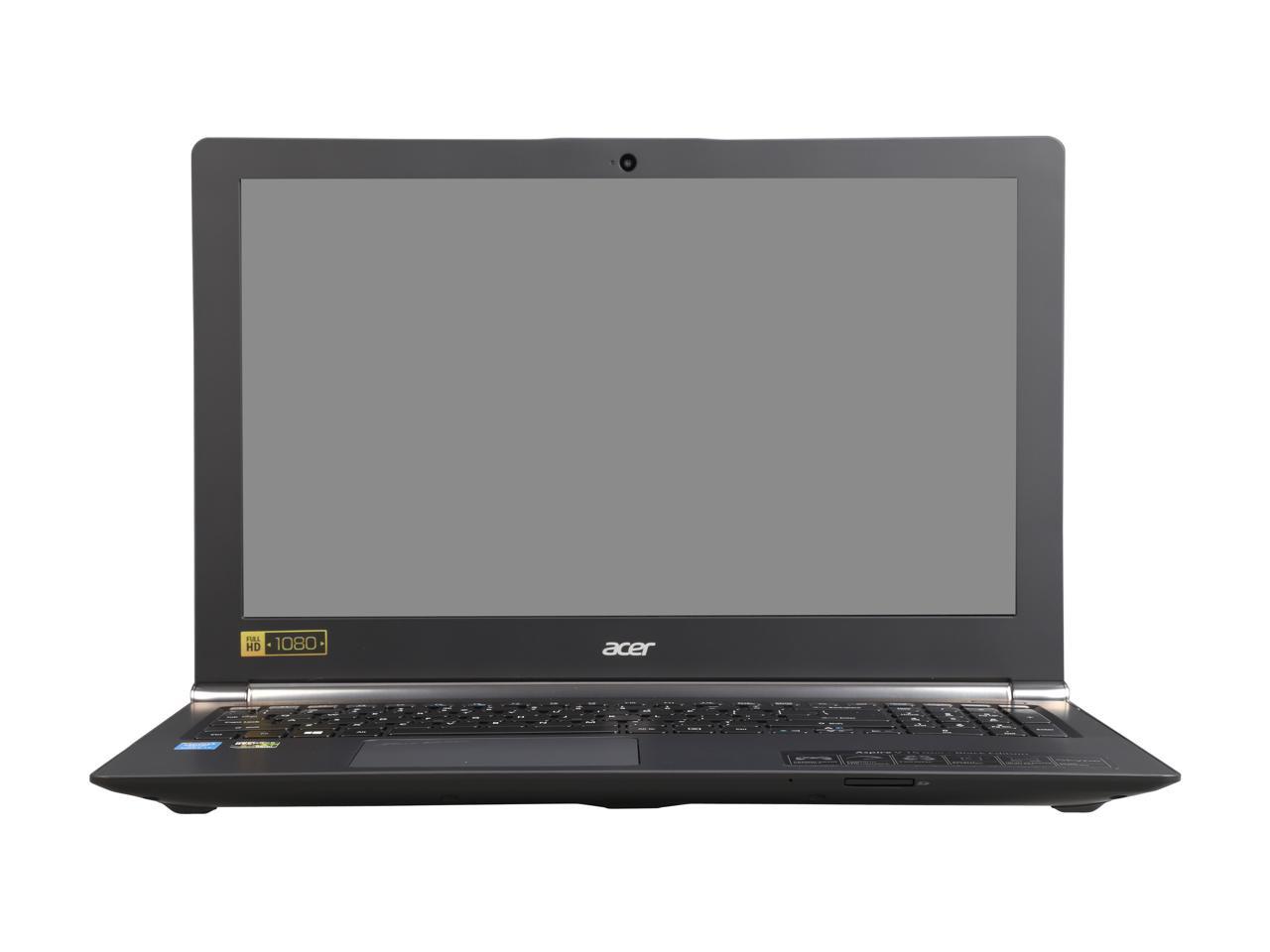 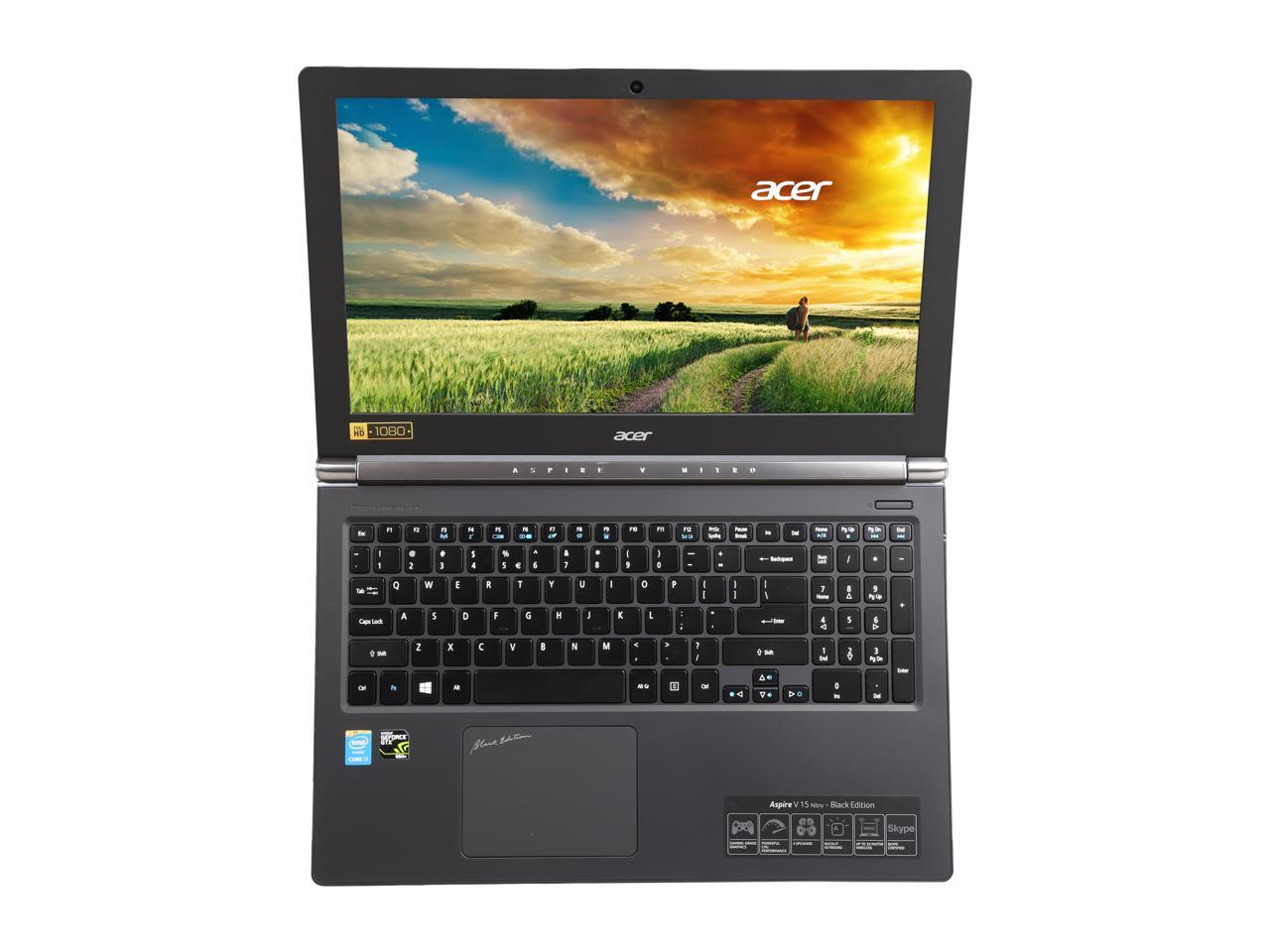 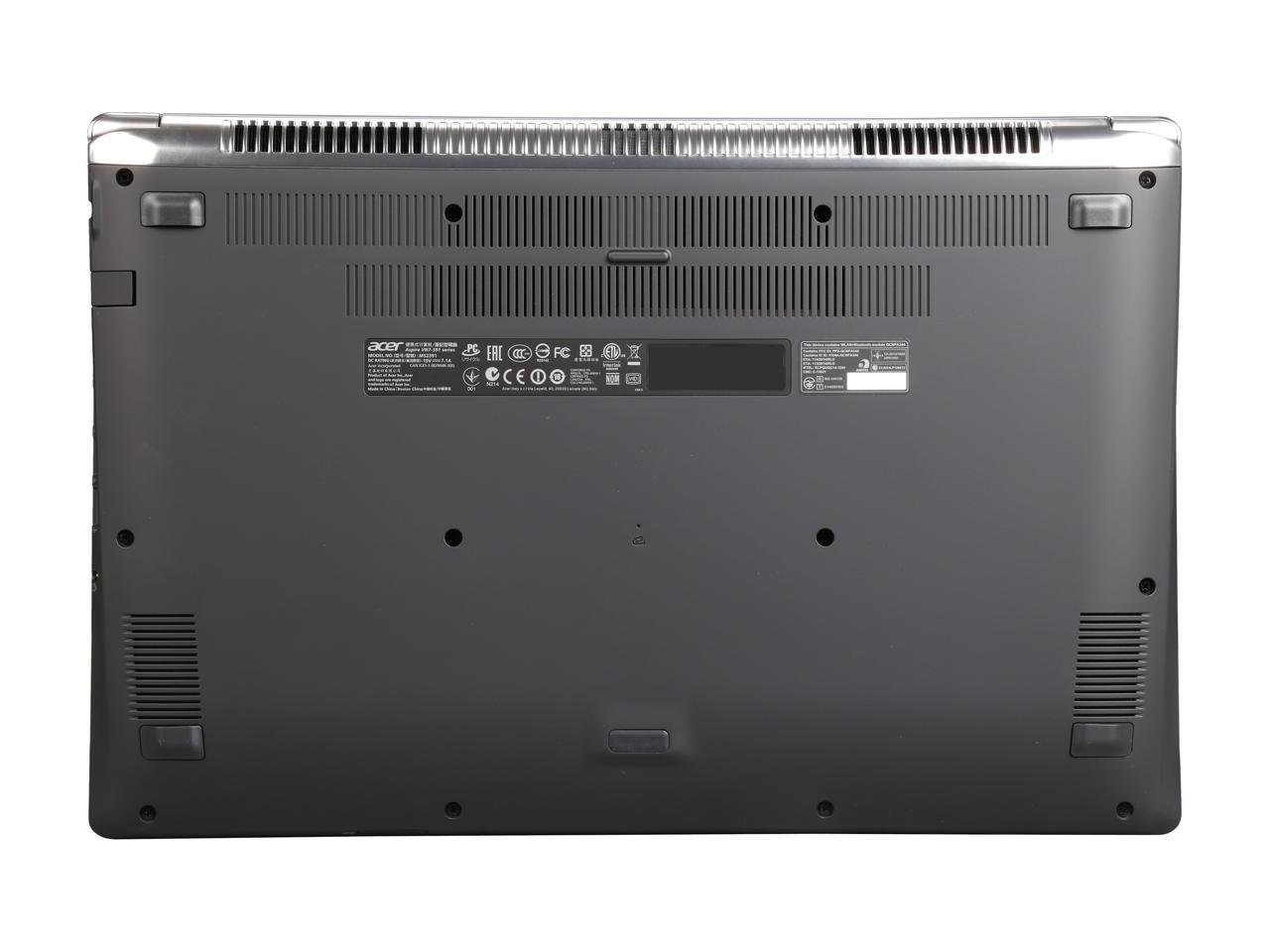 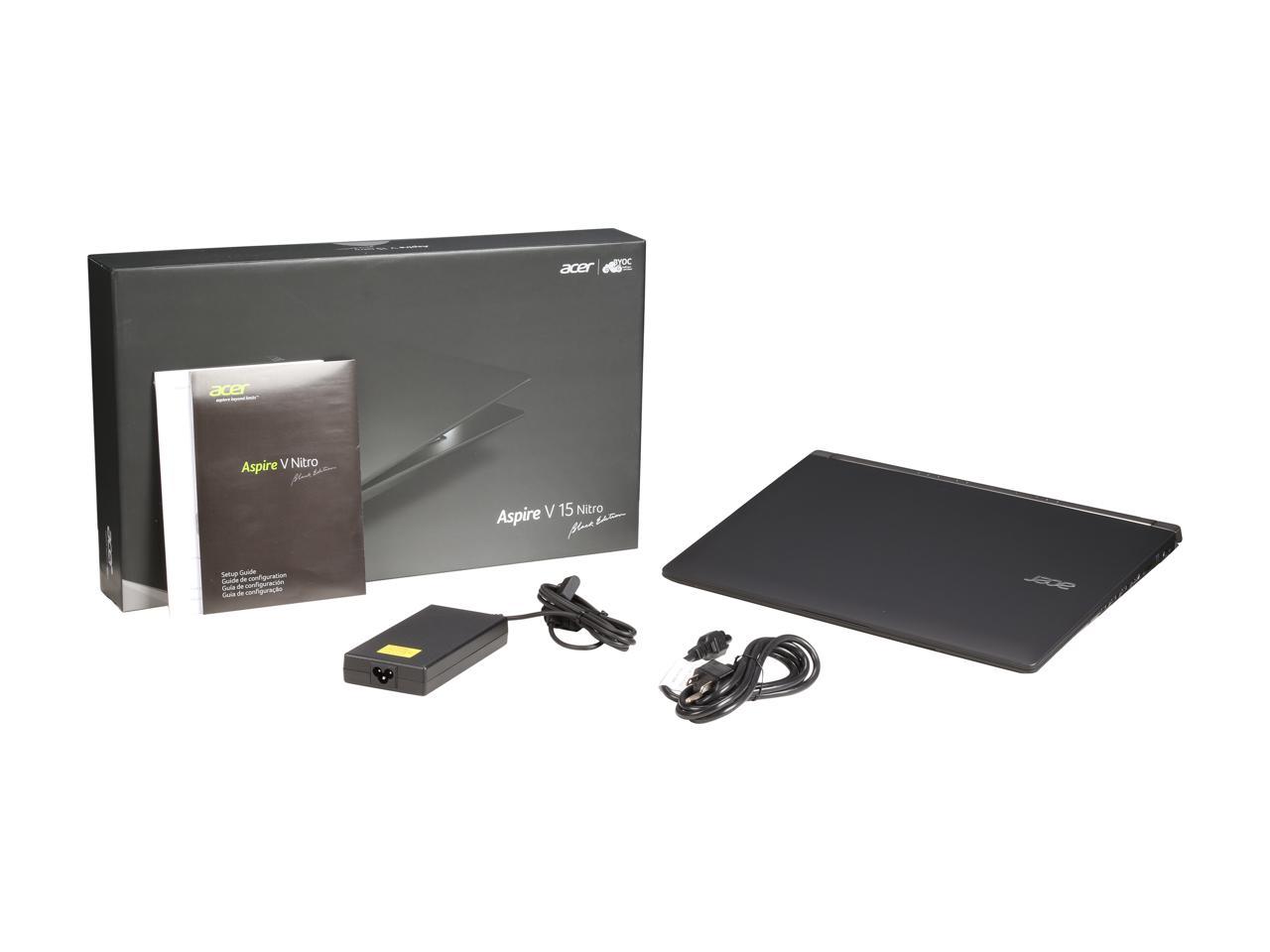 (94) Write a Review
OUT OF STOCK.
Overview
Specs
Reviews

Pros: Overall construction is very good. I've heard a few complaints about fingerprints on the cover but haven't had that issue myself. The Kingston solid state drive is of m.2 form factor on the underside of the motherboard. Performance is good 550MB/s Read and Write. Display is a high quality IPS display, colors look good and text is clear. Overall look and feel of the laptop is amazing. It's truly a beautiful laptop. **Keyboard is backlit with red leds. I mentioned this because the description of this product says non-backlit. I was surprised to see my keyboard glow.

Cons: Battery life - This laptop is a beast and uses a lot of power. I bought this as a desktop replacement for when I travel with the intent of plugging it in. Those who expect any more than 4 hours on Windows 8.1 will be disappointed. Card reader isn't spring loaded. You cannot push it in with hopes that it will pop out. Not sure why it was designed this way. Not easily upgradeable. This is one of the harder laptops to upgrade.

Overall Review: I purchased this with the hopes of installing linux. Everything worked pretty well except for the Atheros Wireless network card. It did not play along nicely. I tried blacklisting, custom drivers and rebuilding the kernel with no luck. I did come up with a solution to it. Although not elegant I purchased an intel wifi card that worked well. One thing to note is that the wlan form factor is m.2. I replaced the 1TB drive (Sata III) with a Samsung 850 PRO 512GB SSD with no problems.

Pros: It has a sleek, well designed look, that doesn't tend as far toward the "targeted toward young guys" look as similar models from Asus and MSI. Windows runs just fine and the specs indicate that it should be able to run most games at an acceptable framerate.

Cons: Overall build quality is bad. The space between the monitor hinges had a worrying amount of flex when open, the trackpad feels like it's slightly too small for the space it's mounted in, and, most importantly, the keyboard is junk. On ours, the space bar only worked half the time, and then only if you hit it dead center. We did some research, and it turns out that this is a fairly common problem with laptop keyboards that acer has not addressed over several years.

Overall Review: We got this because my wife needed a laptop for Photoshop, Premier, and some gaming. We picked it over the Asus that everyone recommends (the GL551JW-DS74) because she didn't want a laptop that looked like a sports car, but we ended up with the Asus anyway, after an evening with the acer. It turns out that you don't need the space bar very much during the initial set-up of a PC, so it wasn't until several hours in that we discovered that the space bar was broken. We considered replacement, but after finding out (on the acer support forums) that this has been a problem since 2011 we didn't want to take our chances with RMA roulette. Returning with Newegg was a great customer support experience. I especially liked the ability to leave a phone number with the customer support system and get a call back rather than sitting on hold.

Pros: To get the best performance : 1. Plug in the charger 2. Set Power options to High Performance , under the Battery icon in the tray . This is very important, because it enables the highest intel Turbo Boost, watch your cpu goes as high as 3.7 Ghz under the Performance monitor 3. Verify that your games and apps that uses high graphics to be running Nvidia mode . Using the Nvidia control panel, you can assign your particular program. You do not need to assign every program, just specific program that you want to use Nvidia gpu

Pros: 1. great specs 2. the design. (compared to other super nerdy gaming laptops) 3. doesn't have a CD/DVD. a pro to me. Low on budget but still wants to play some decent 3D games? If you can willing sacrifice graphics a bit then this laptop is a good choice.

Cons: Things you man want to know before you choose this laptop: 1. It does not come with a CD/DVD drive. 2. This HDD is extremely slow. You cannot play any game with this HDD. It will lag constantly. SSD upgrade is a must. (see other thoughts) 3. overheating, but you should be fine if you do not run it at ultra high setting for several hours. I have played League of Legends, Skyrim(vanilla), Starcraft 2, Diablo 3, etc. These are pretty old games and if you want to run latest games with very high graphics setting, then this laptop is not for you.

Overall Review: SSD upgrade is very easily done with this laptop and can be done by any noobs like me. You just need to unscrew and lift the keyboard and put it in the slot and that's it. Just in case you are new to hardware upgrading and unsure of compatibility, I am using Samsung 850 EVO 250GB m2 SSD and it works perfectly. In fact I strongly recommend this one because it comes with a free migration software and it saved me tons of time and money. The newegg ID is N82E16820147398. 250GB SSD's cost around $100 but worth every cent.

Pros: The Sharp 4K IGZO panel used in this is amazing. Played DOTA2 and Heroes of the Storm in 4K with no problems on ultra settings. Laptop looks professional unlike other gaming laptops that has gaming logos. Laptop runs very silent and the m.2 ssd runs really fast.

Cons: The laptops runs very hot. CPU idles at around 48-53 degrees Celsius. After about 30 minutes to an hour, the CPU goes up to about 87 - 93. Keyboard is a little warm to touch, but the system blows out lots of hot air from the vents on the back. Like other reviews about the Acer V15 Nitro Black Edition, all the ports are one side. When I plugged in a mouse, I kept bumping into the usb port it where it was connected too. Slight dislike: In my opinion the SD card slot is horrible. Instead of the usually spring types where you can pus in and the card pops out. You have to remove the dummy card and it's not easy to take out without some thin card. Afterwards the card only goes in half way, expose half the SD card. Not really a big deal for most people , but if you use the SD card slot a lot this might be a hassle and still a chance to snap the card by accident.

Overall Review: Overall the laptop is pretty nice, if it didn't run so hot. Also it is suggested to do a clean install of windows after you get it. There are lots of bloatware. The laptop pretty much comes without the need for any upgrading. You have everything you need, 16gb rams, 4k screen, m.2 SSD as main drive and a 5400rpm 1TB HD for storage. I also didn't have any problems with the wifi cards. Some have said they got the Intel Card in theirs, but the one I had, had the Qualcomm AC wifi card which was pretty stable. The keyboard was fine, space works regardless of where I pressed it. I ended up returning it, I couldn't get past how hot the laptop ran and the ports.

Cons: *Attracts fingerprints. *Can get loud when gaming but nothing too crazy. Wear headphones. *Touchpad is a little sensitive. *Gets hot when gaming. Use the money you save for a laptop cooling pad. *Battery life is not great but its a gaming laptop. Never game on battery.

Overall Review: People complain about all the ports being on one side but it doesn't bother me. I have had them full with thumb drives and mice and no troubles with spacing. Its like having a portable console but better. PCMASTERRACE.

Cons: Gets hot Battery life SUCKS out the box Mousepad is clunky and sensitive in an odd way All the usb connections are on the right side

Overall Review: Great for the price ( I bought it for 1150) Graphics card could be a little nicer if you wanted to play any modern game on ultra at 60FPS. You still can at around 20-40 depending on the game but still it might be a drawback for someone. Also, if you buy a case for it, match the length specs on the case to the length on this. I bought a 15.6" case because the screen size matches but the case was too small. Do your research. Don't base my pros and cons off this product solely, do more lurking.

Pros: Got this laptop because my time is split between two locations these days. I needed a machine that could handle Dota2, Starcraft, CS:GO mainly. I have been so spoiled by SSD on my desktops I couldn't fathom going back to standard HD but at the same time I needed the extra space to install games. Those games run just fine on highest settings and the feel of the machine is great for gaming. Unlike the review mentioned below there actually is a nice red backlit keyboard on this machine. The machine itself is light and thin. I always use a cooling pad so I am not sure if overheating while gaming is a problem.

Cons: I knew going in from other reviews the touchpad was gonna be wonky. It is. I thought it wouldnt bother me all that much but I end up using the touchpad more than I thought when I want to hook into the TV HDMI and stream. It really is a bad touchpad and thats why theres 4 eggs/5 here

Overall Review: I waited until this dropped to 1299 and got an extra 50 off code in my email for letting it sit on my wish list for awhile. I shopped around for a month and this laptop has left me with no regrets so far.