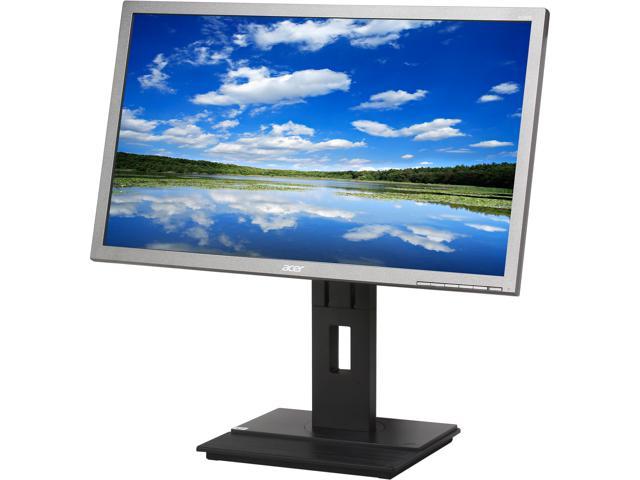 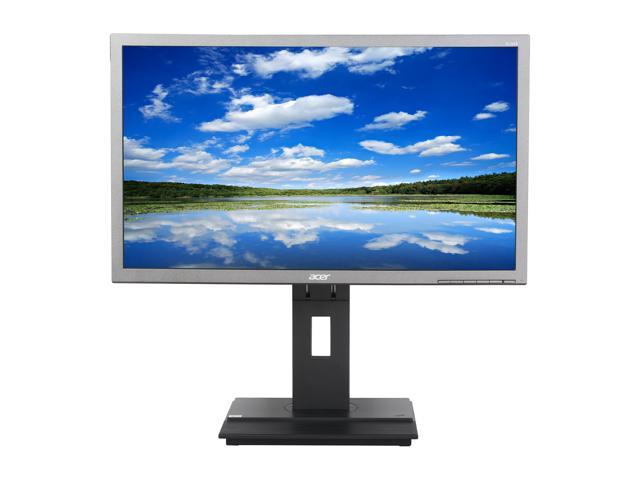 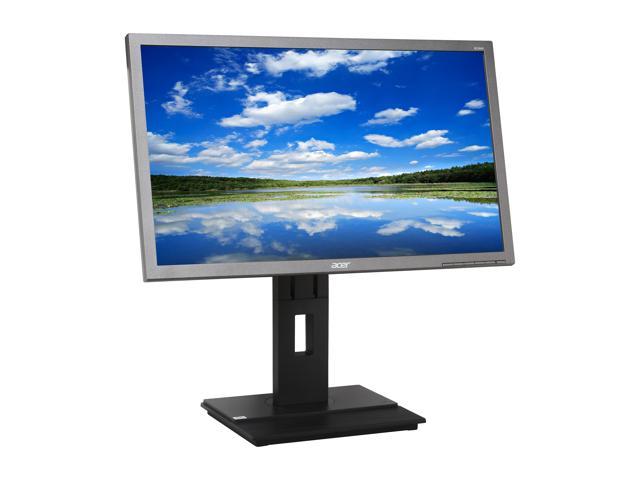 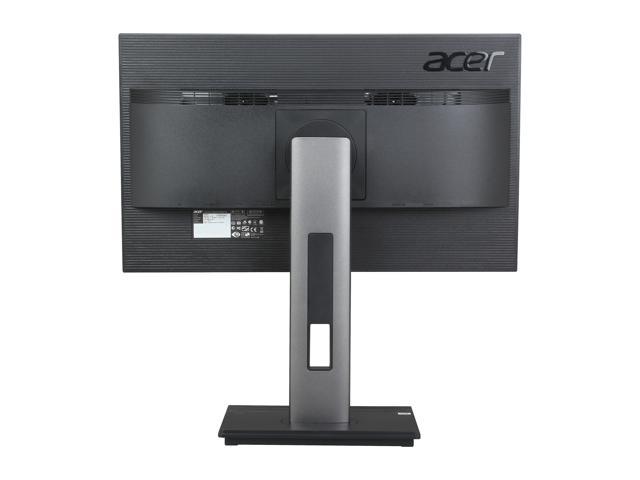 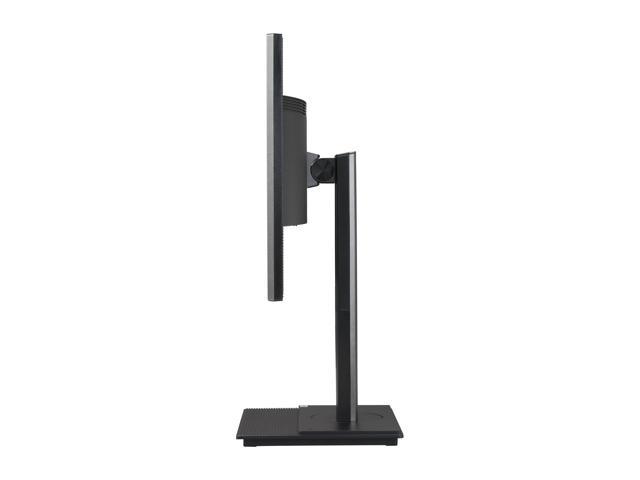 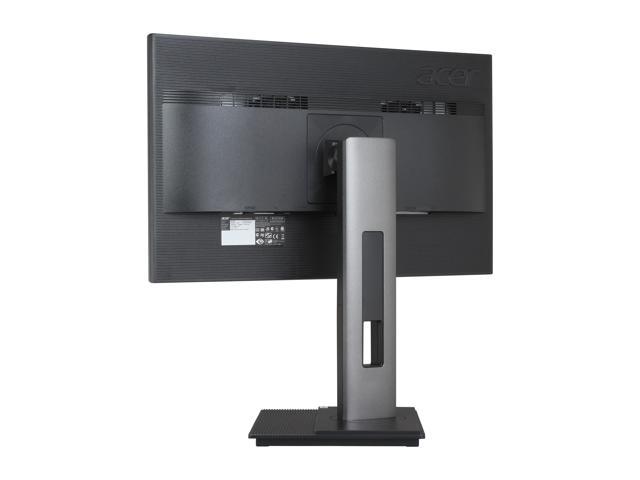 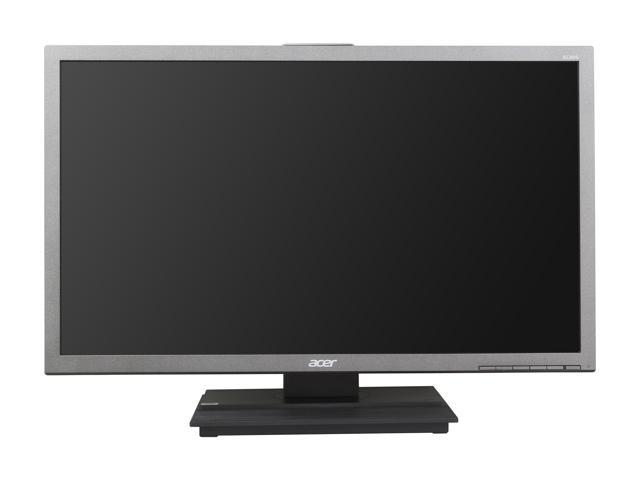 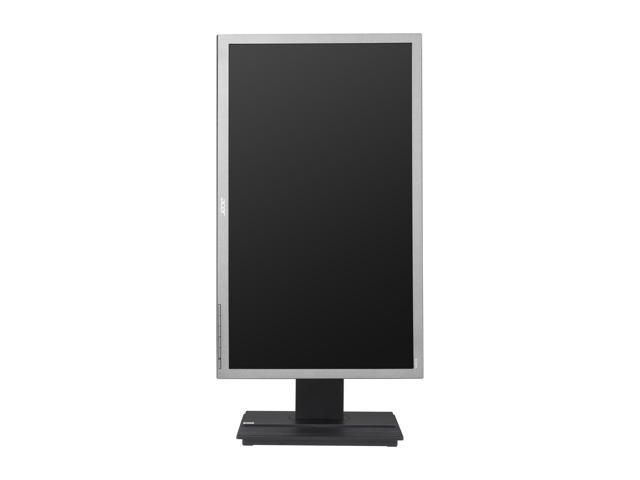 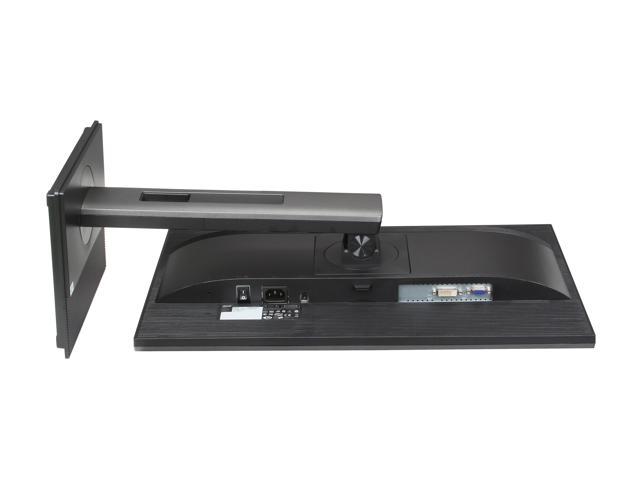 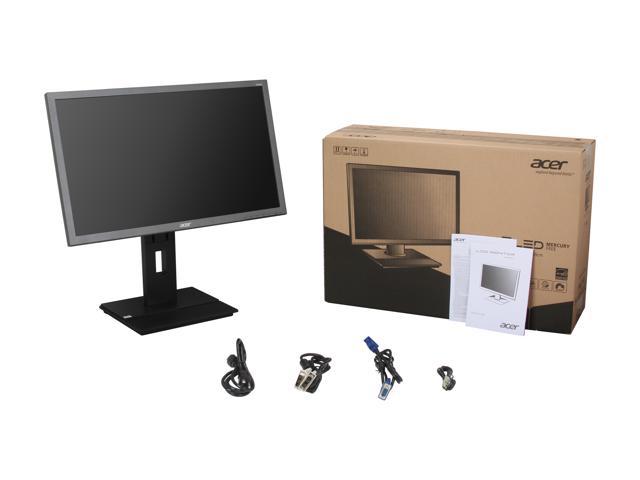 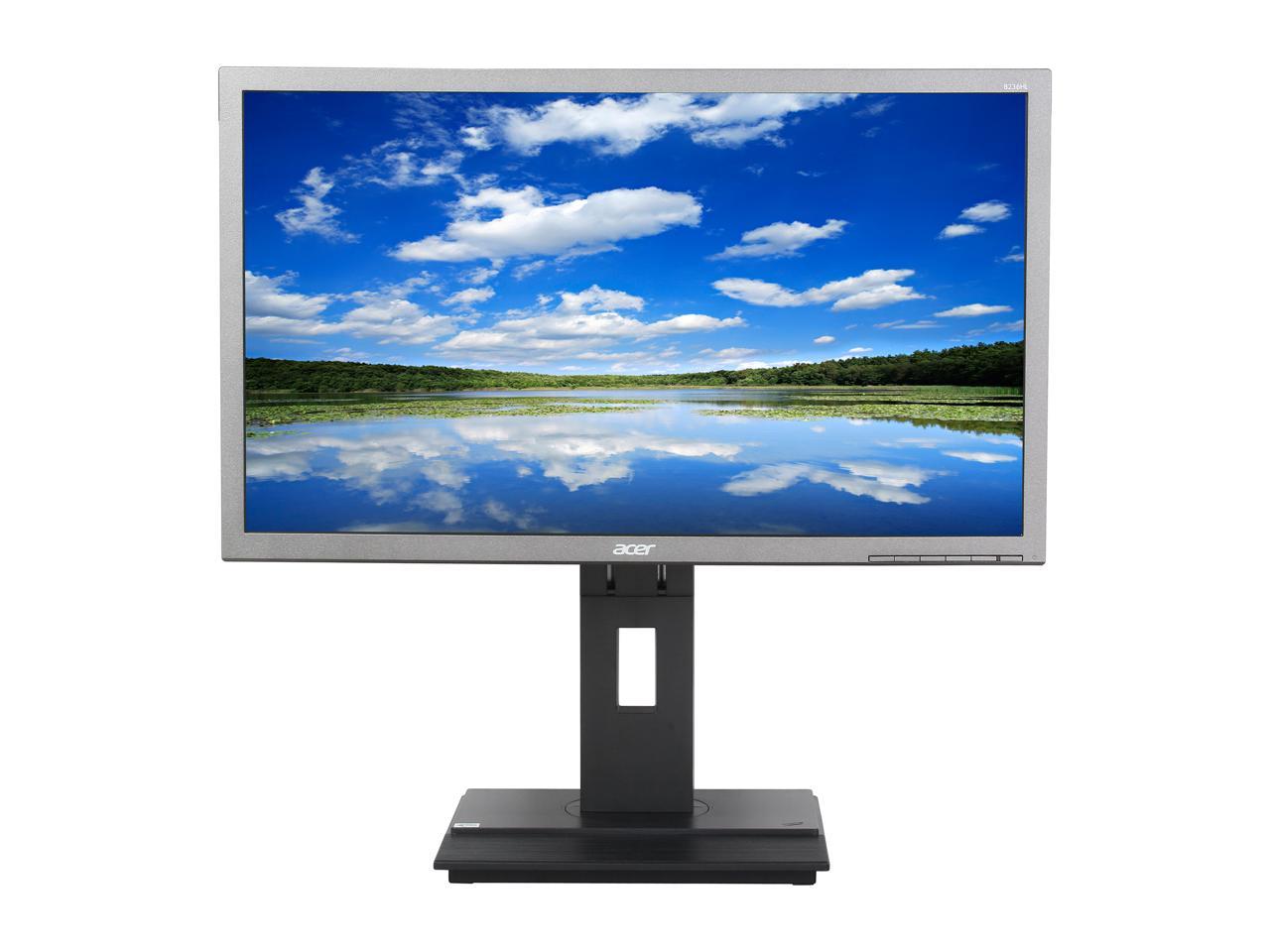 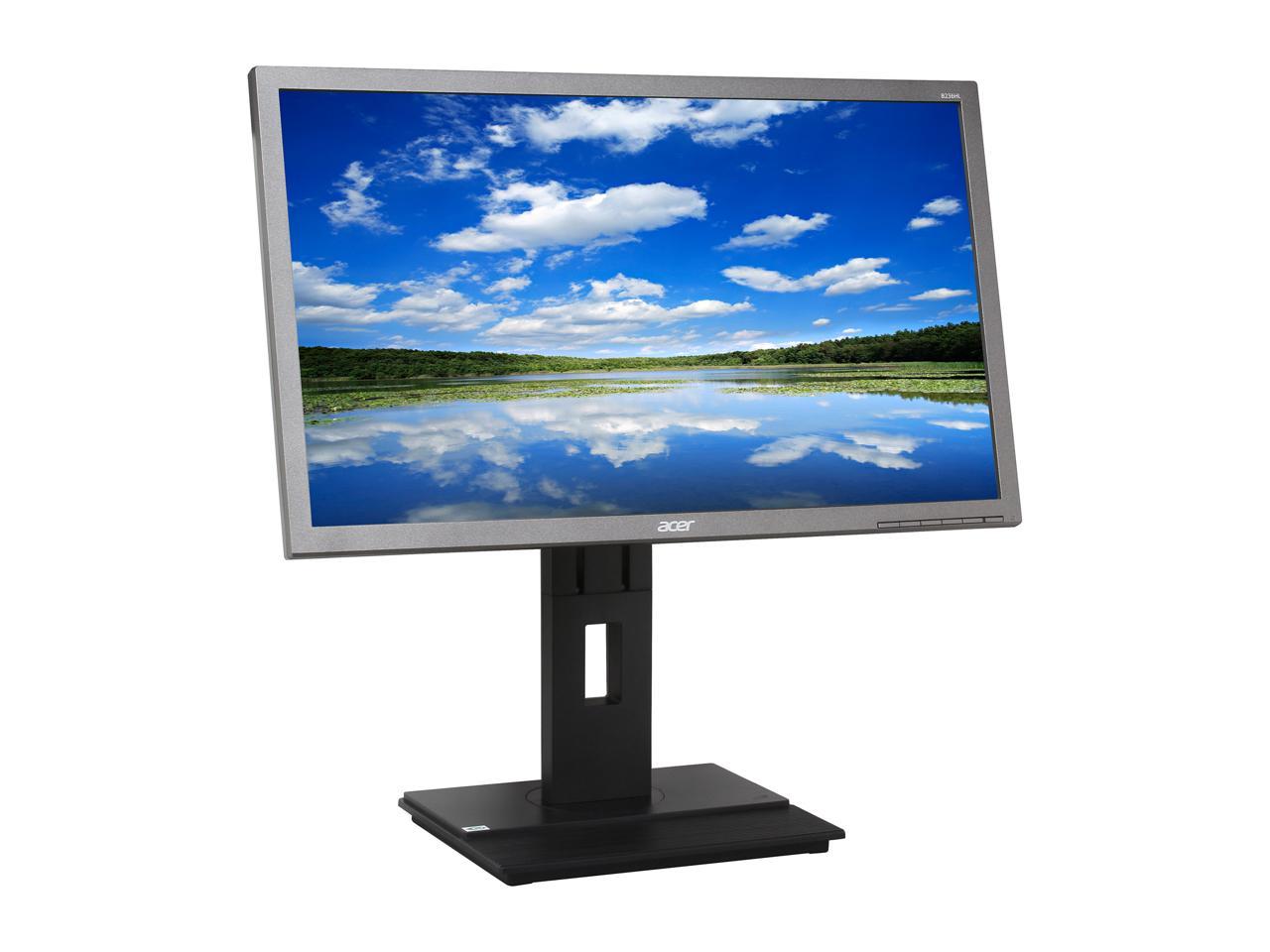 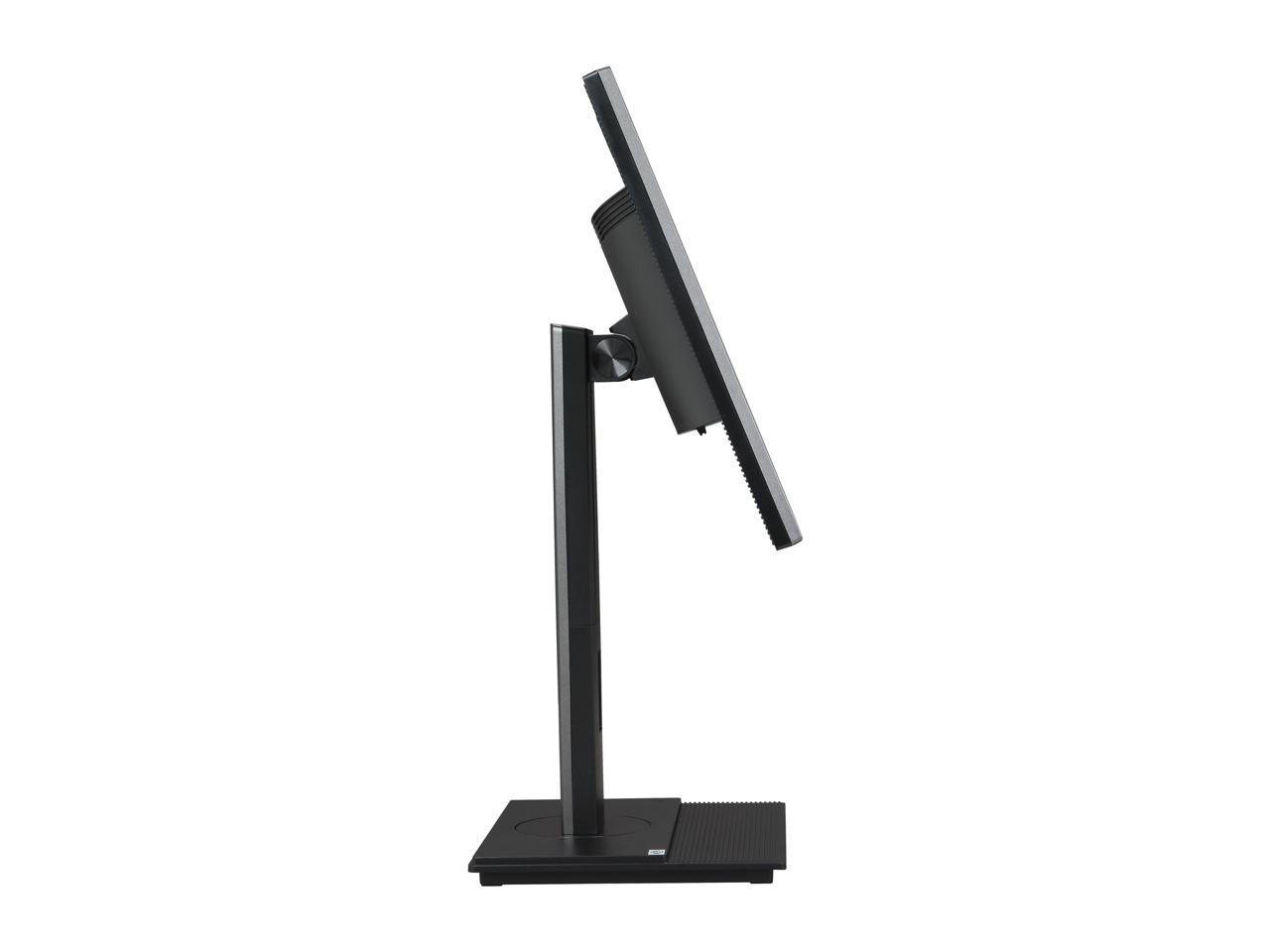 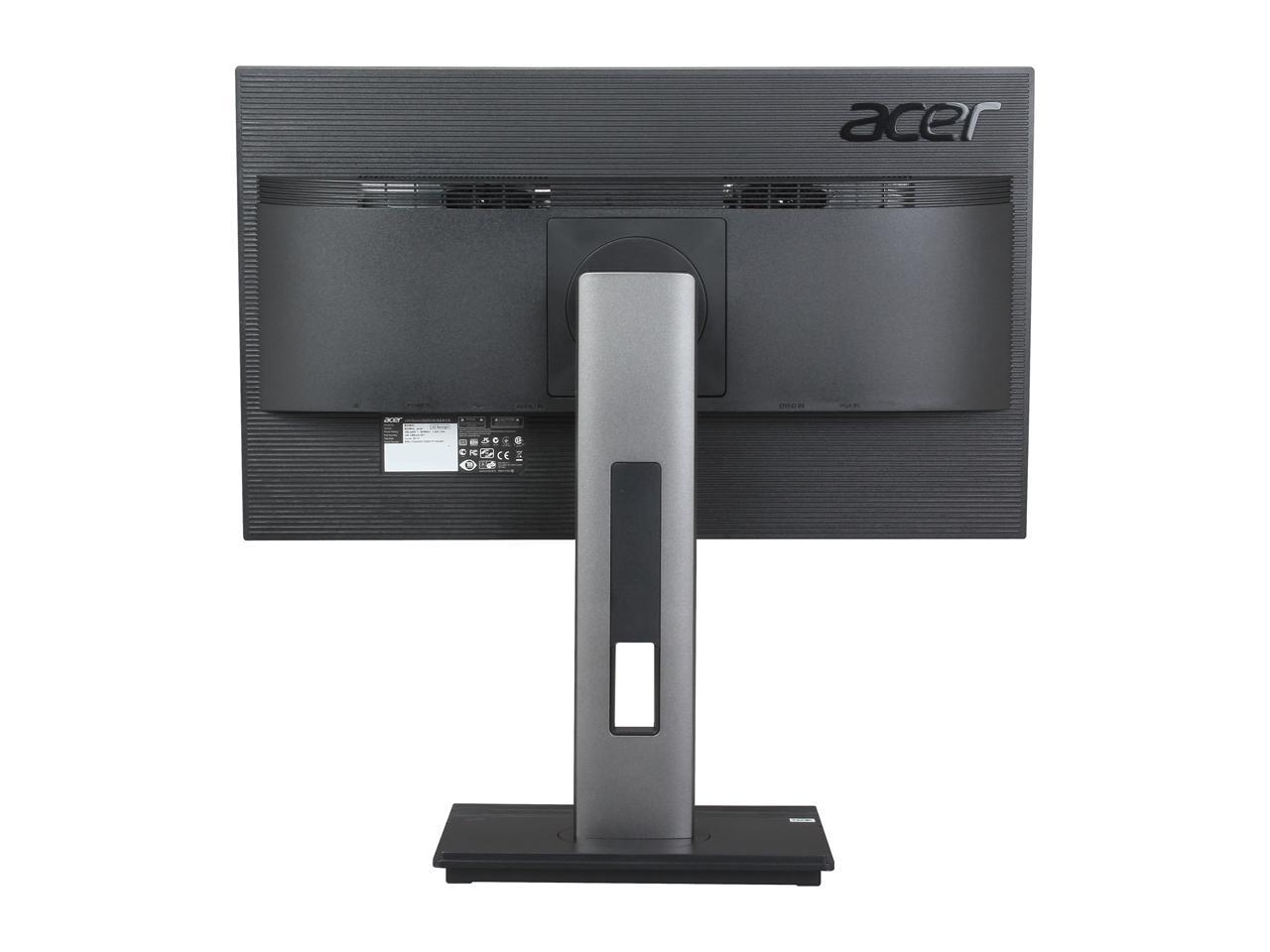 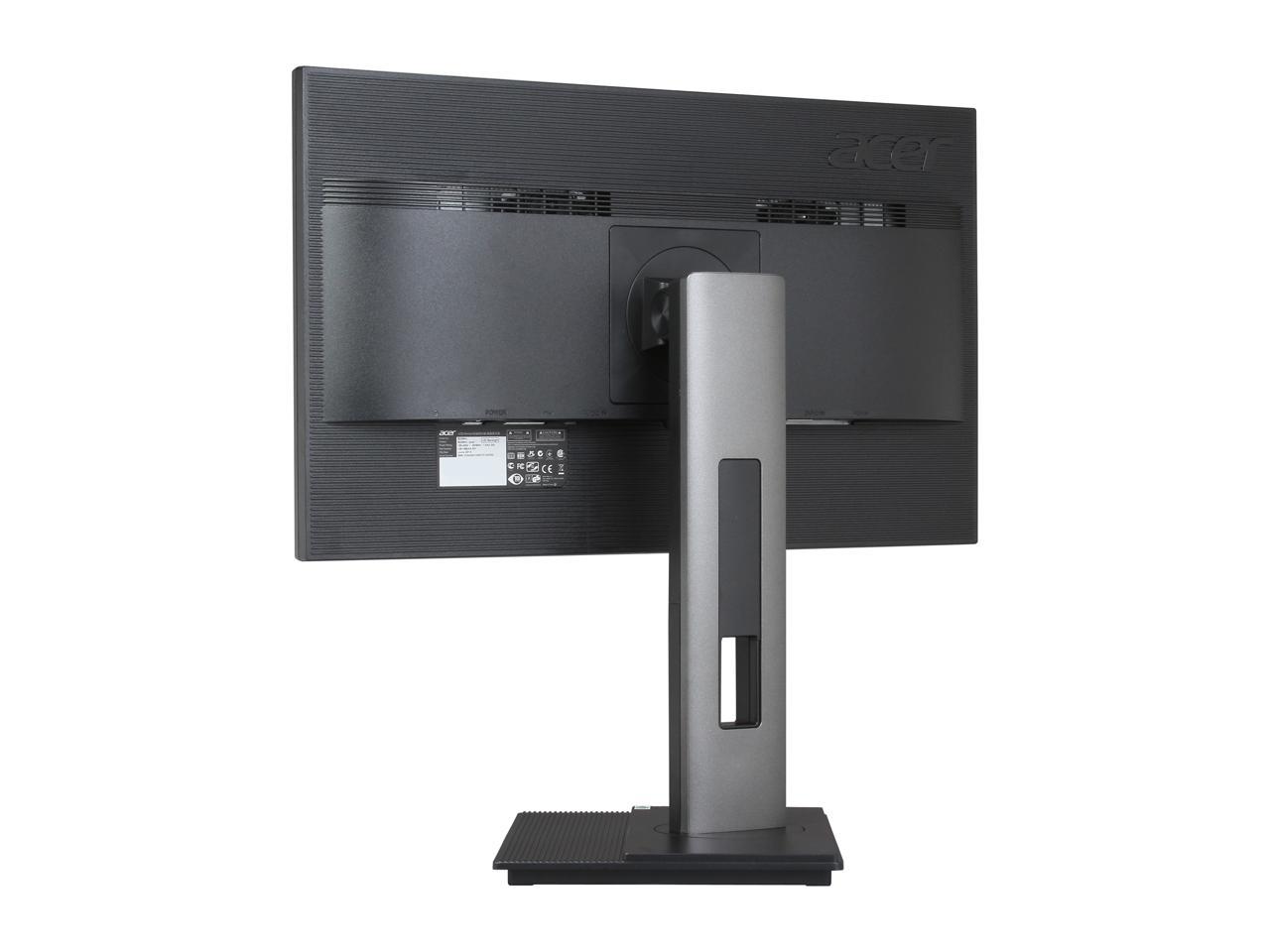 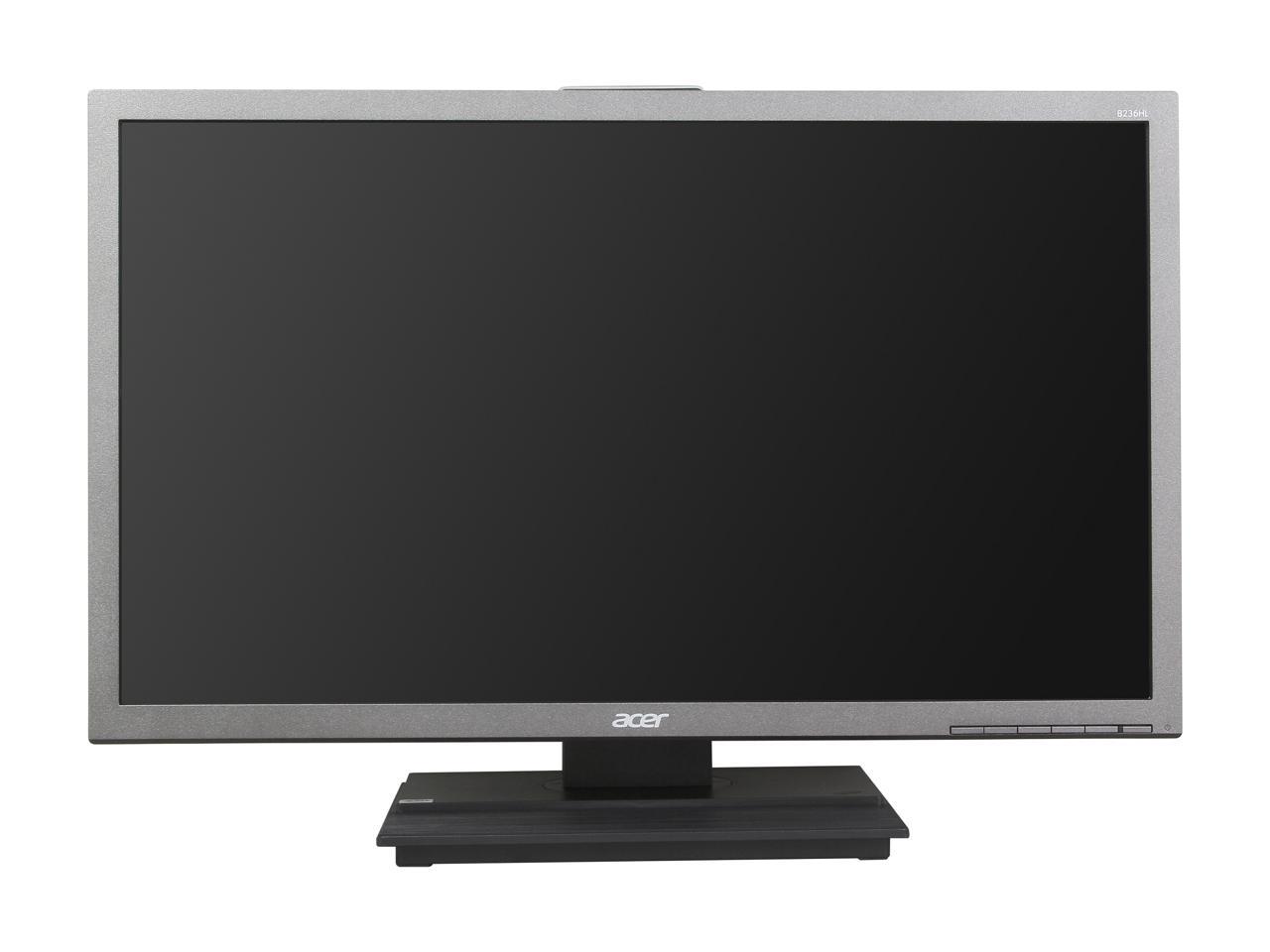 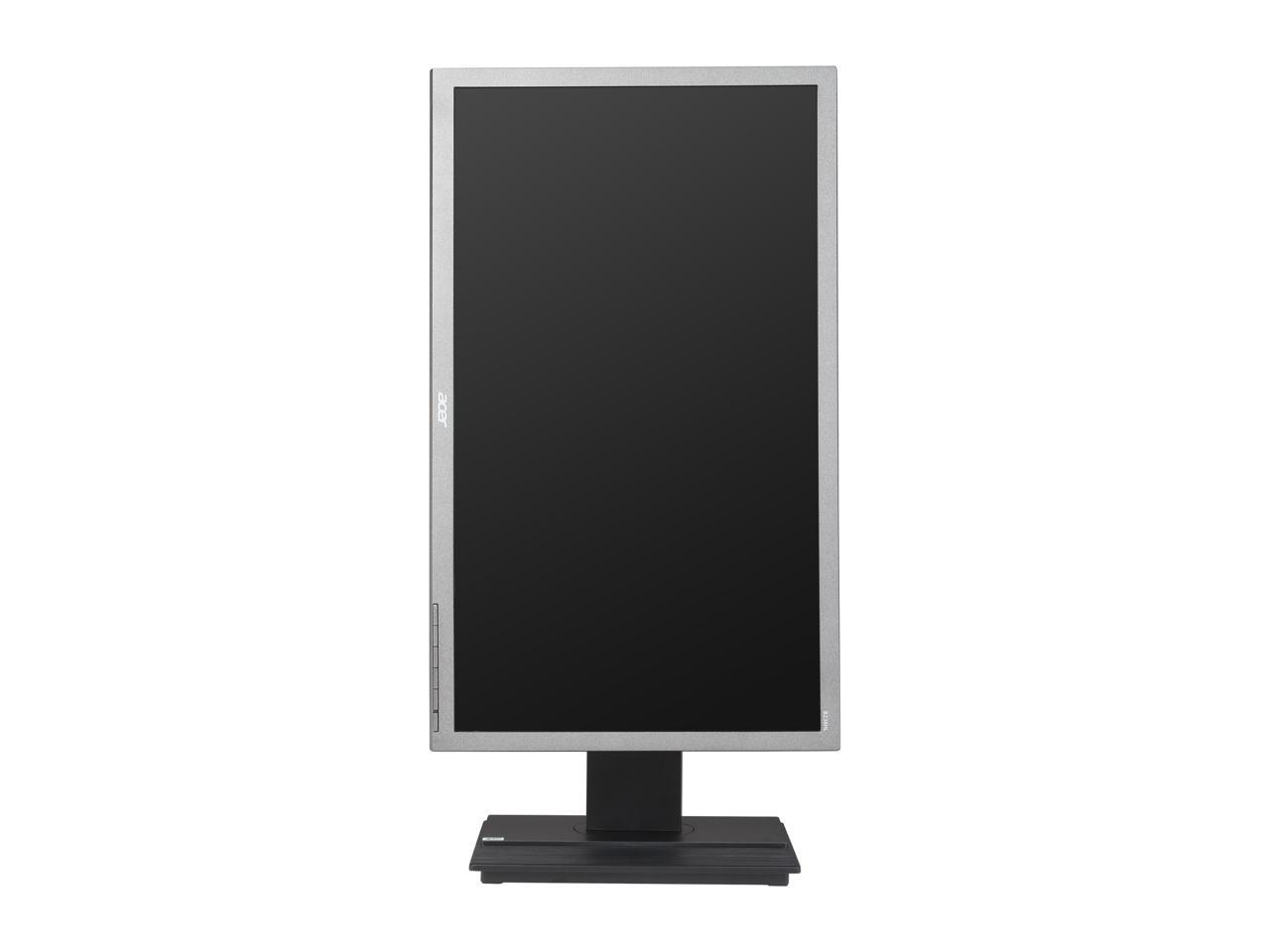 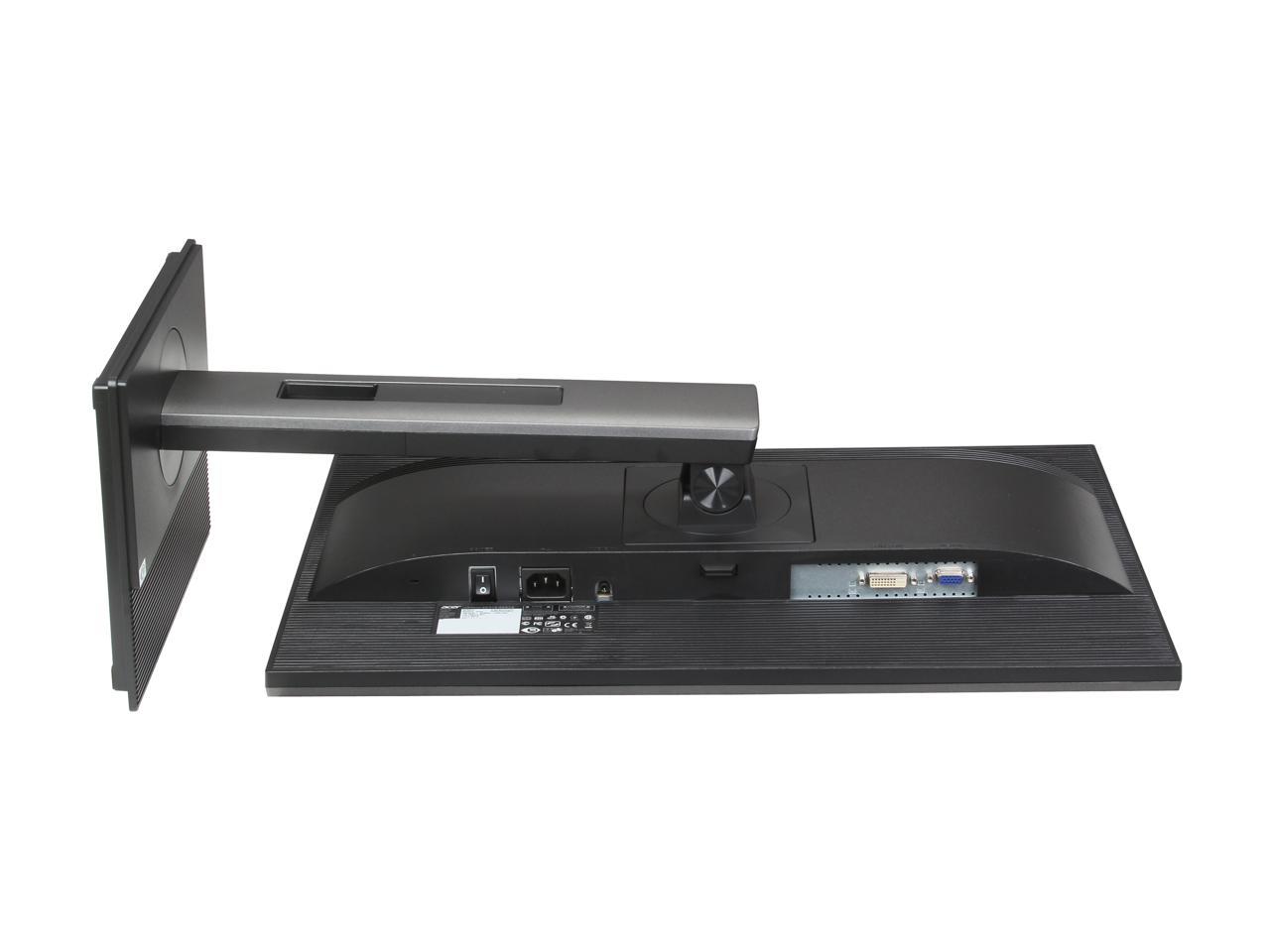 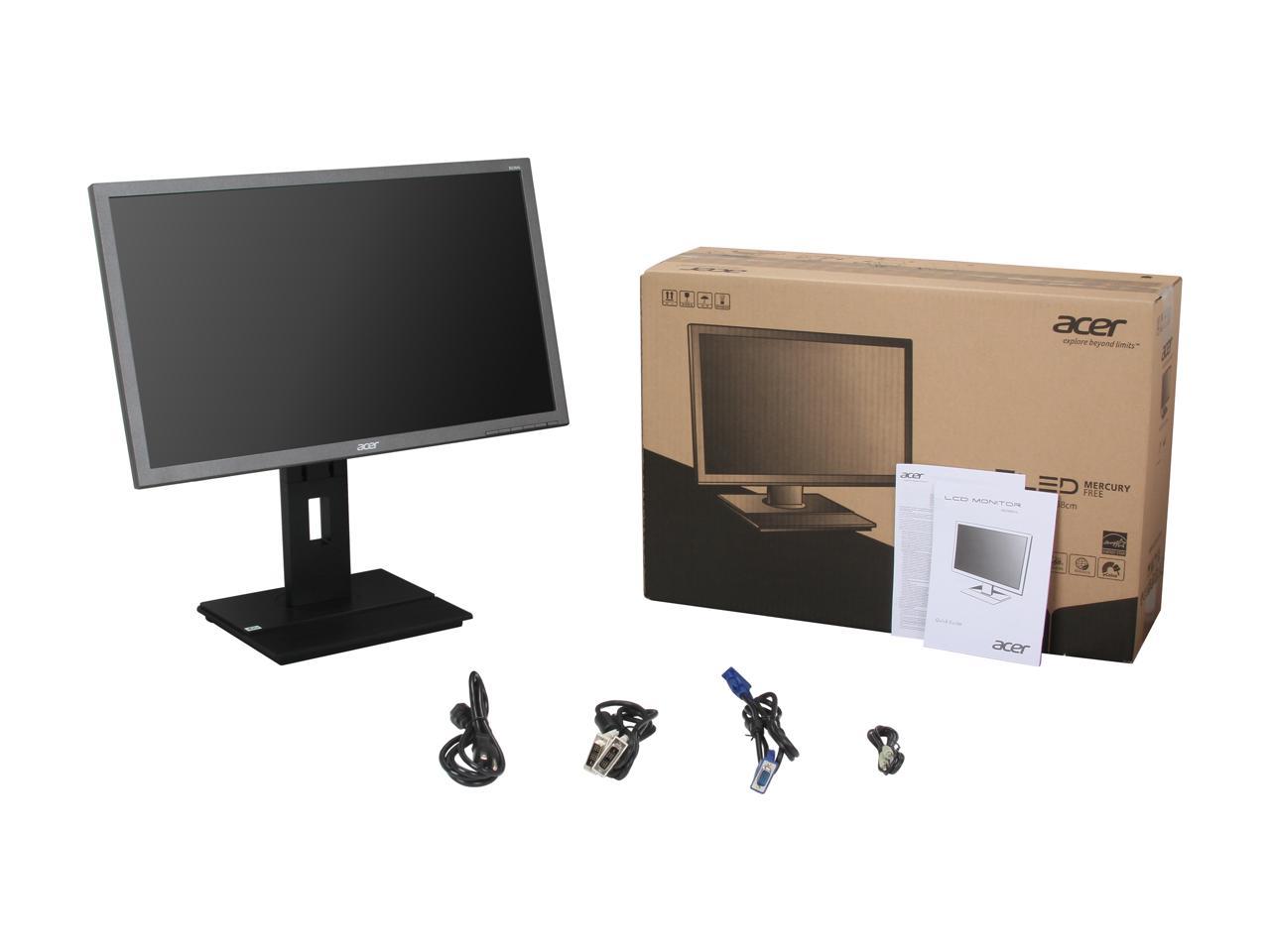 Pros: 23" 1080p IPS, all the stand adjustments including portrait mode, price! Nothing else gives you features like that at this price point of around $150-160. The stand is pretty sturdy but not really like what you see on professional Dell / NEC / etc. offerings, but what were you expecting at this price? Overall build quality is pretty decent, and the bezel is fairly thin and non-reflective, which is good. They throw in a VESA mount and speakers (supposedly? I never tested those) too. Expect all the perks of a modern IPS panel. With custom timings, 72 Hz and 75 Hz can be run at 1080p without skipping frames. I didn't try higher. Handling of colors and gradients seems to be pretty good. Contrast is pretty decent but nothing amazing.

Cons: Unfortunately... See that 6 ms response time listed for an IPS panel? Say hello to massive reverse ghosting. As a result, if you see these kinds of things, absolutely don't use this for fast-paced twitch gaming. In fact, it could be fairly noticeable on some panning shots in movies and other content too. Other Acer monitors had an option to disable the pixel overdrive in the service menu, but I'm not seeing it here. I don't have a calibrator, but this was definitely a bit greenish out of box. Nothing a little adjustment can't mostly fix, even with just the OSD. I think it looks like it covers sRGB or so, but that's just with the naked eye and guessing. My sample had a bit of backlight bleeding around an edge too. It's noticeable definitely in dark scenes in say movies even with brightness turned down. Like most monitors, it uses PWM control for backlight dimming, for whatever that's worth to you. I can't see it with the naked eye, but I can see the signs of it with my cellphone camera.

Overall Review: To access the service menu, turn the power off. Hold the left button while turning it back on. Then go to menu (third button from left) and select the new "F" that popped up. It lists the chip as RTD2281RW and the panel as LM230WF3-SKL1. Date: 20130307, Version: 0.04. You can turn off the Acer splash screen in here and make more fine-tuned RGB adjustments. Now, TFTCentral's database lists the LM230WF3-SLK1 as eIPS, but I'm not entirely sure. I searched around, and I saw some products like LG 23EA53V-P and LG 23ET63V that supposedly also use the same panel... and those are listed as AH-IPS. I've seen eIPS monitors before, and in my experience this Acer's matte antiglare panel coating seems a bit less grainy. It might actually be AH-IPS. That's my best guess, anyway. For the user that doesn't much care about the drawbacks, this Acer B236HL is a pretty good value. Recommended but with caveats. 4/5

Pros: Did my research before I bought these, and found at the time that IPS was a tier below the top of the line screens. These are IPS screens, make for excellent picture and viewing angle. As well as I can't really tell about ghosting (that one is kinda new to me so I don't know what to look for) however I can say for certain at least it feels very responsive. I ordered 3 for AMD Eyefinity. The bezel looks about the same all the way around giving me multiple configuration options. VESA support, more configurable if I buy a tri-monitor mount Like a bop-it this thing has a stock mount that twists, turns, and tilts, just need ample desktop space for proper configuration and comfortable viewing angles with 3 of them. 3/3 worked perfectly out of the box, did a quick scan even today, no visible dead pixels.

Overall Review: Eyefinity didn't work the way I had researched it... I watched a you*tube video even of a guy using an active mini display port adapter and the 2 DVI ports on the graphics card and worked for him, not for me. I was worried I would have to buy another active mini DP adapter, but I used and HDMI to DVI adapter I had to make it work. In the end on the same side of the graphics card I used 1 mini display port, 1 HDMI, and 1 DVI port.

Overall Review: I'm no graphics designer so I can't comment on color reproduction. The contrast does seem to slightly best my Acer S231HLBbid. The IPS display tech makes the viewing angles very high, and therefore extremely suitable for viewing the display in portrait-mode (which is awesome for web browsing and programming, btw). I got this monitor when it was on-sale for $159.99, which is a steal for a 23" pivoting display. If you don't have the desire for pivoting your display into portrait mode, then go with something cheaper (and probably non-IPS).

Pros: It is easily adjustable, can be very tall or short, and you can't beat having the option of vertical display. No flaws whatsoever when I got it, and its got a matte finish so it doesn't glare unless you shine a light right on it. Also, I am using it side-by-side with a slightly older Acer monitor and that color quality is excellent on this new one!

Overall Review: Highly recommend it, will probably buy a second one eventually to replace my older 2nd monitor.

Pros: Works great on my sales counter turned vertically. nice for scrolling the web or surfing for parts from my suppliers

Pros: Works great, and I really like the adjustable height - much better than trying to find the right sized book to put underneath.

Cons: The integrated speakers work, but they are wimpy and extremely tinny sounding (the manual says they are 2 Watts each). It sounds a lot like someone hung a pair of headphones behind the monitor and cranked the volume up all the way. I tested, and playing music through my cell phone's speaker (S4) is louder, and sounds better. I'm using the monitor with my laptop for work, whose speakers are naturally a step up from the cell phone (and the monitor). Had I realized this, I probably would've gone for a monitor with no speakers.

Pros: Easy to set up. Fantastic price. Easy to adjust. Crisp display. Did I mention the price?

Cons: A tiny bit wobbly, but that's probably from the height of the stand. The speakers aren't great, but I bought them to be screens. Short DVI cables.

Overall Review: I'm using these (I bought two) on a hackintosh I set up and they're working very well in both the Mac and Windows environment. When coding I can turn one or both screens vertical with very little effort and have tons of scrolling room. When gaming I can go horizontal again and everything looks beautiful. Aside from the very minor things I put in the Cons section I have absolutely no complaints with these screens and would recommend them to anyone looking for this kind of versatility in a display.

Pros: The image quality is superb (IPS). The price was terrific (sub-$150). The flexibility and sturdiness of the base was a huge plus at this price. I bought two for home to remote desktop to my dual monitor workstation at work. For that task, I side-by-side the monitors in a 'portrait' configuration. I also use the same computer for a home music studio where I separate the monitors and use them in a 'landscape' config. Switching the monitors back and forth for these purposes is easy and convenient. Yes, I would have liked an HDMI connection, but similar IPS monitors with an HDMI connect were ~$70 to $120 more. And none had the adjustable base (as another person commented, the base alone is worth the monitor itself). An inexpensive adapter or cord is all you need for a workaround. I spent a ridiculous amount of time and patience deciding what monitor to buy and what price I would allow myself. I am very happy with my decision. I appreciate the flexibility this monitor offers for any kind of use. FYI, it has VESA mounts in case you want to mount it to the wall or on a swivel arm.

Cons: The only drawback in my opinion is the lack of HDMI, but as I mentioned, it proves not to be an issue. There are easy workarounds if this is a concern to you.

Overall Review: Some might complain about the 6ms refresh rate, but I don't have any problems with it. I game on an Xbox, not a home computer so a super fast refresh isn't a big deal to me. I have watched streaming video (i.e. Netflix) and the quality was fine. Again, it's all about application. For use as a home workstation monitor, you can't beat the price and quality. Steaming video looked as good or better than my Macbook Pro laptop (pre-Retina display).