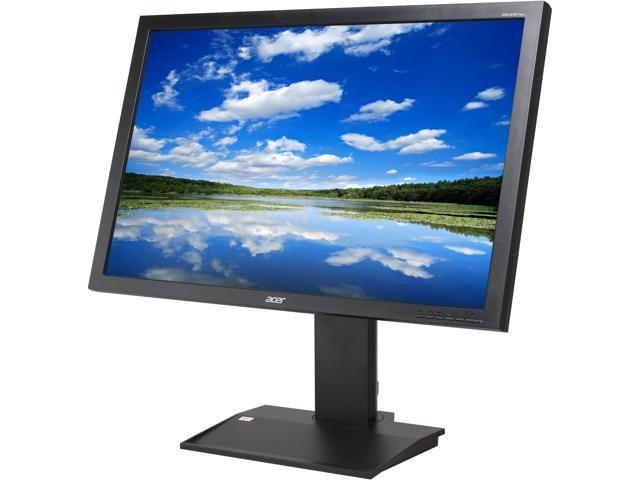 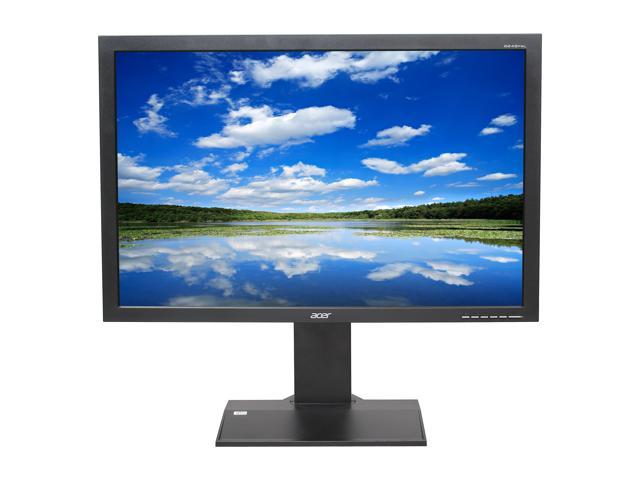 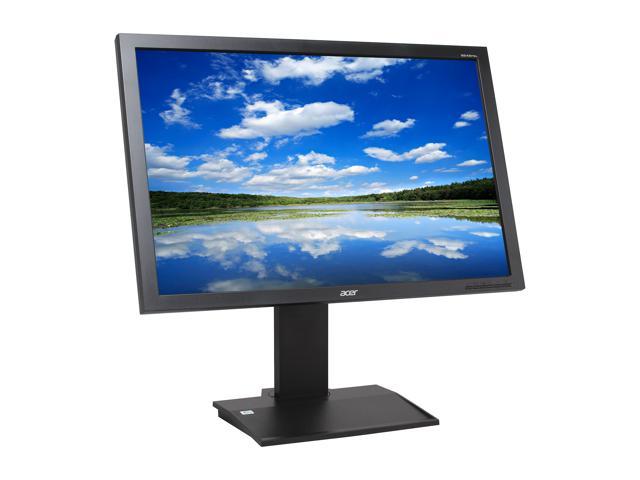 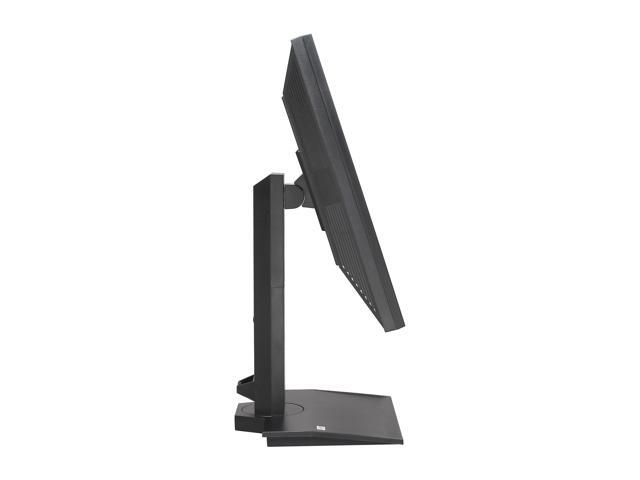 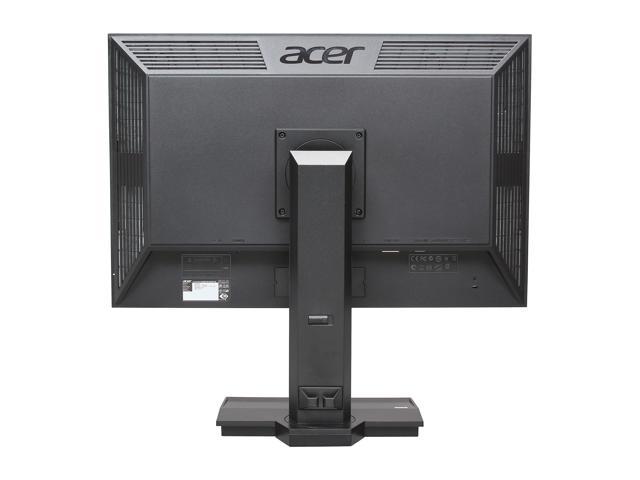 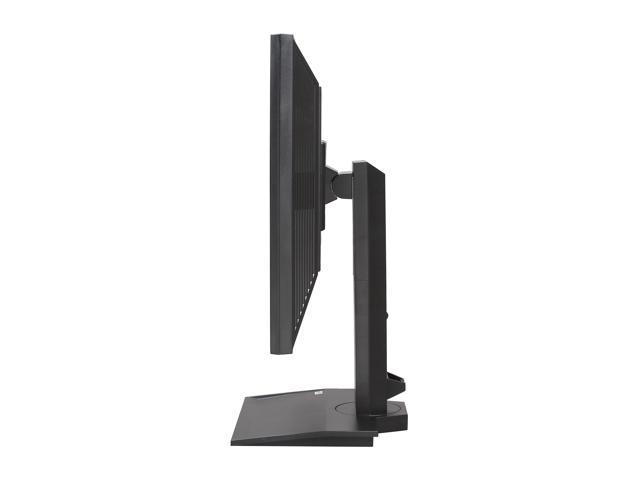 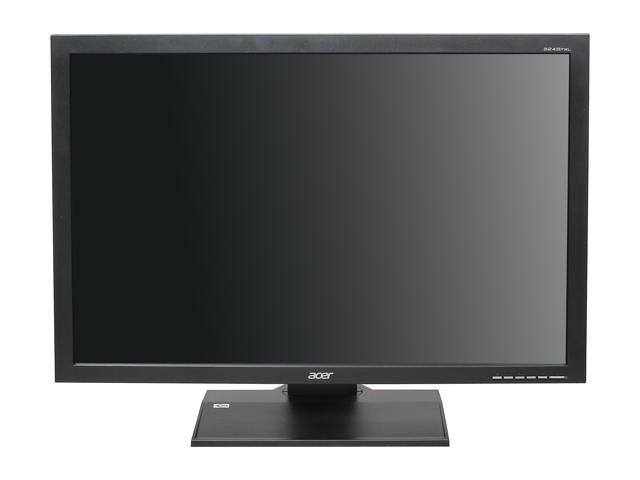 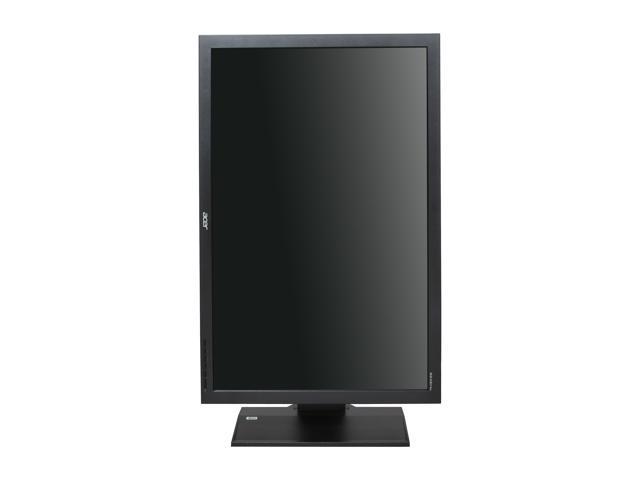 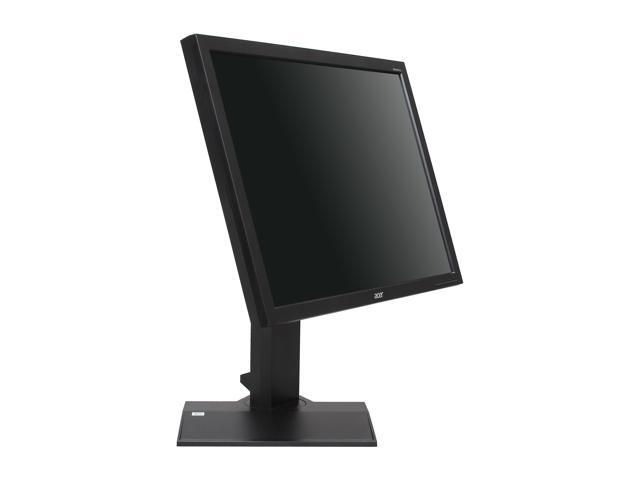 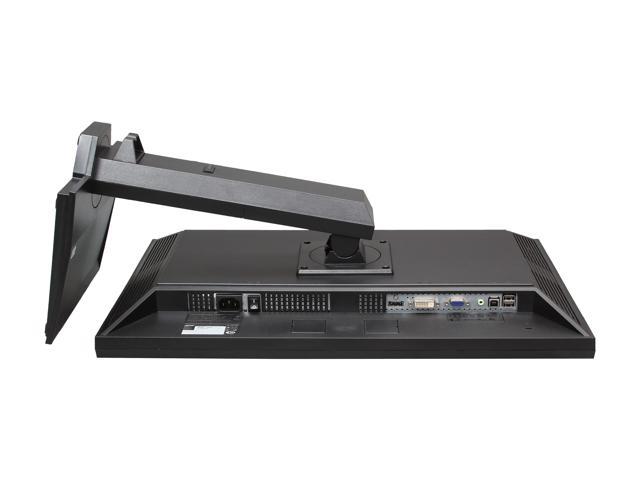 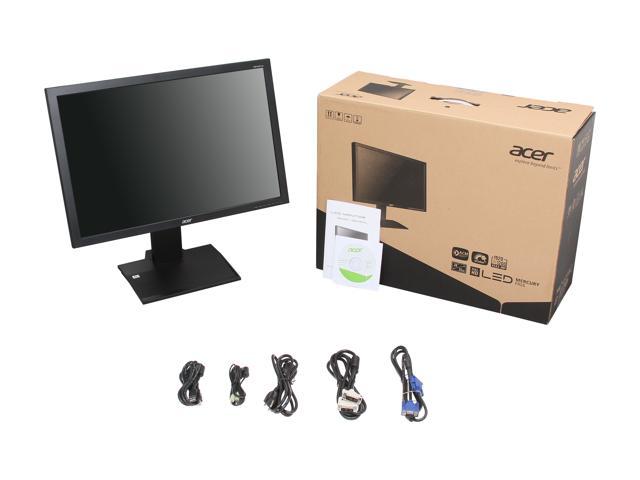 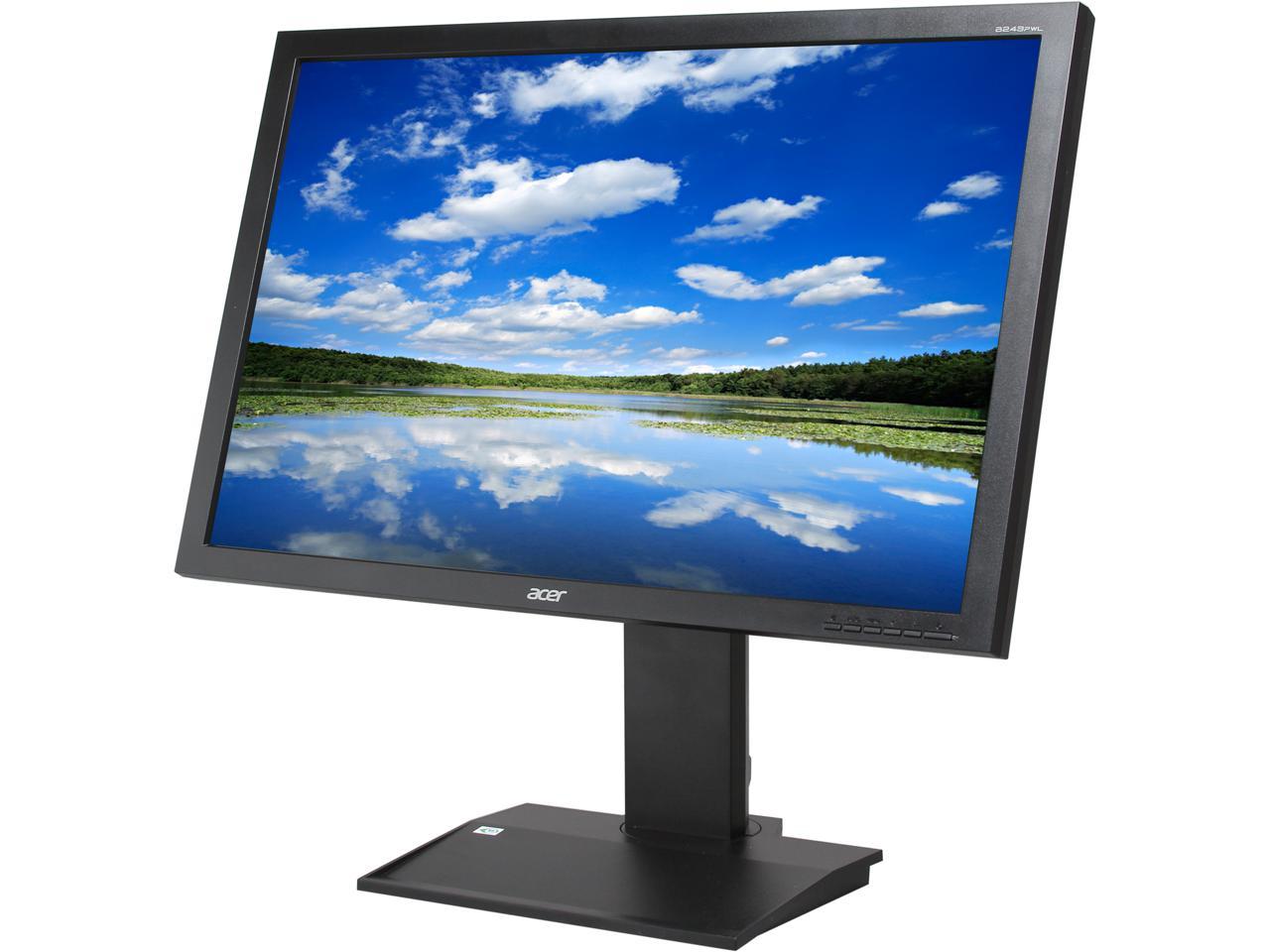 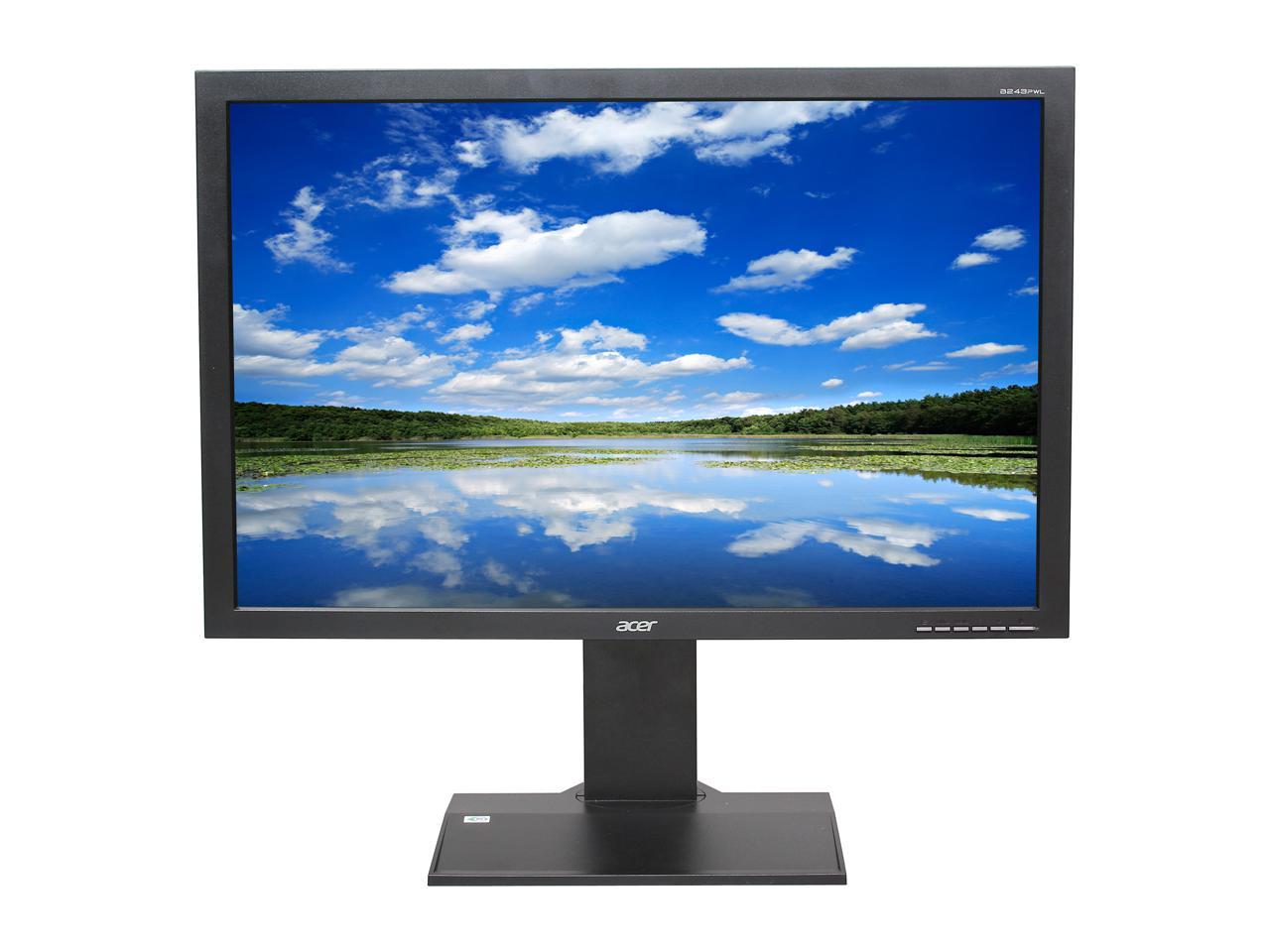 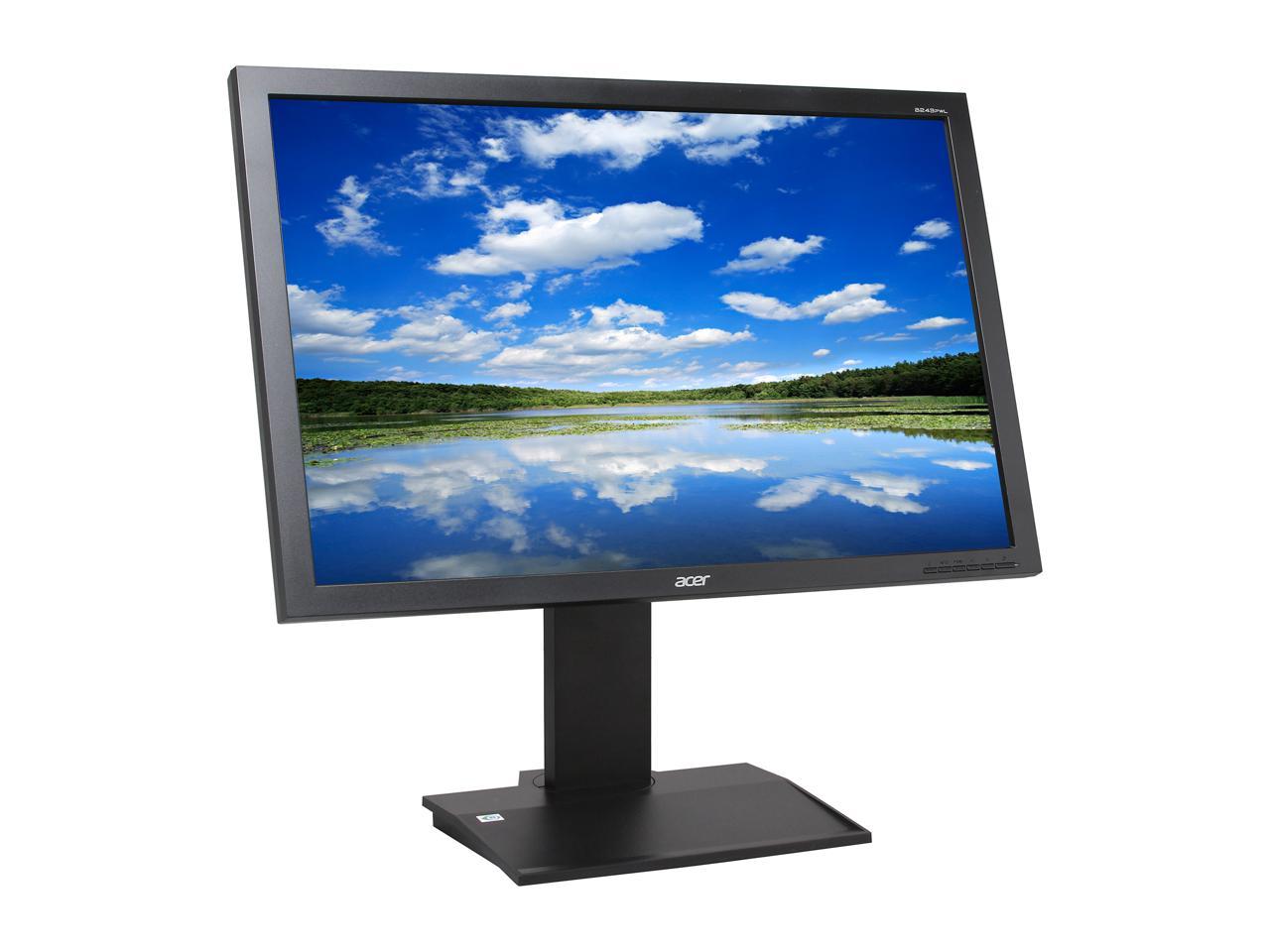 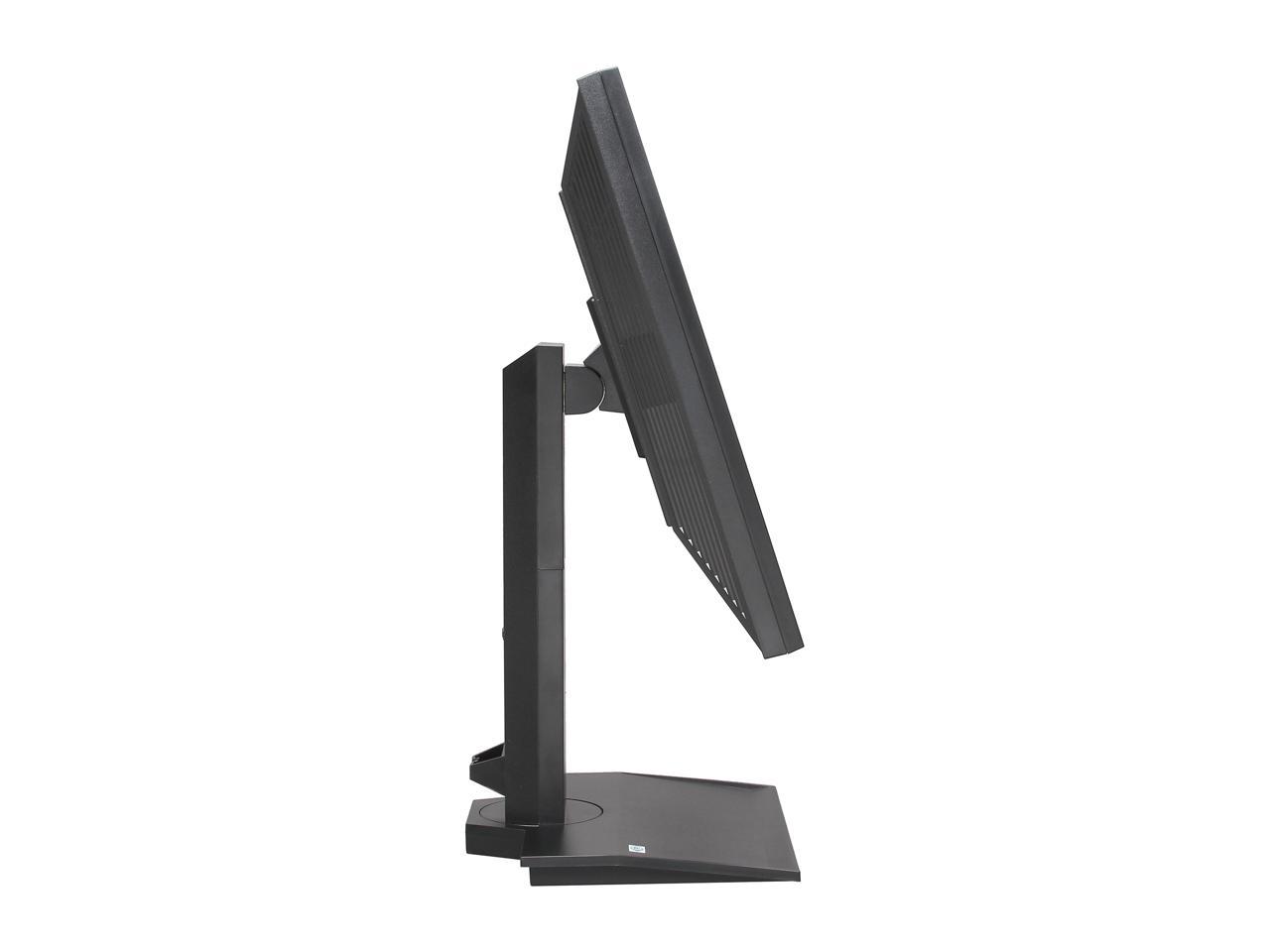 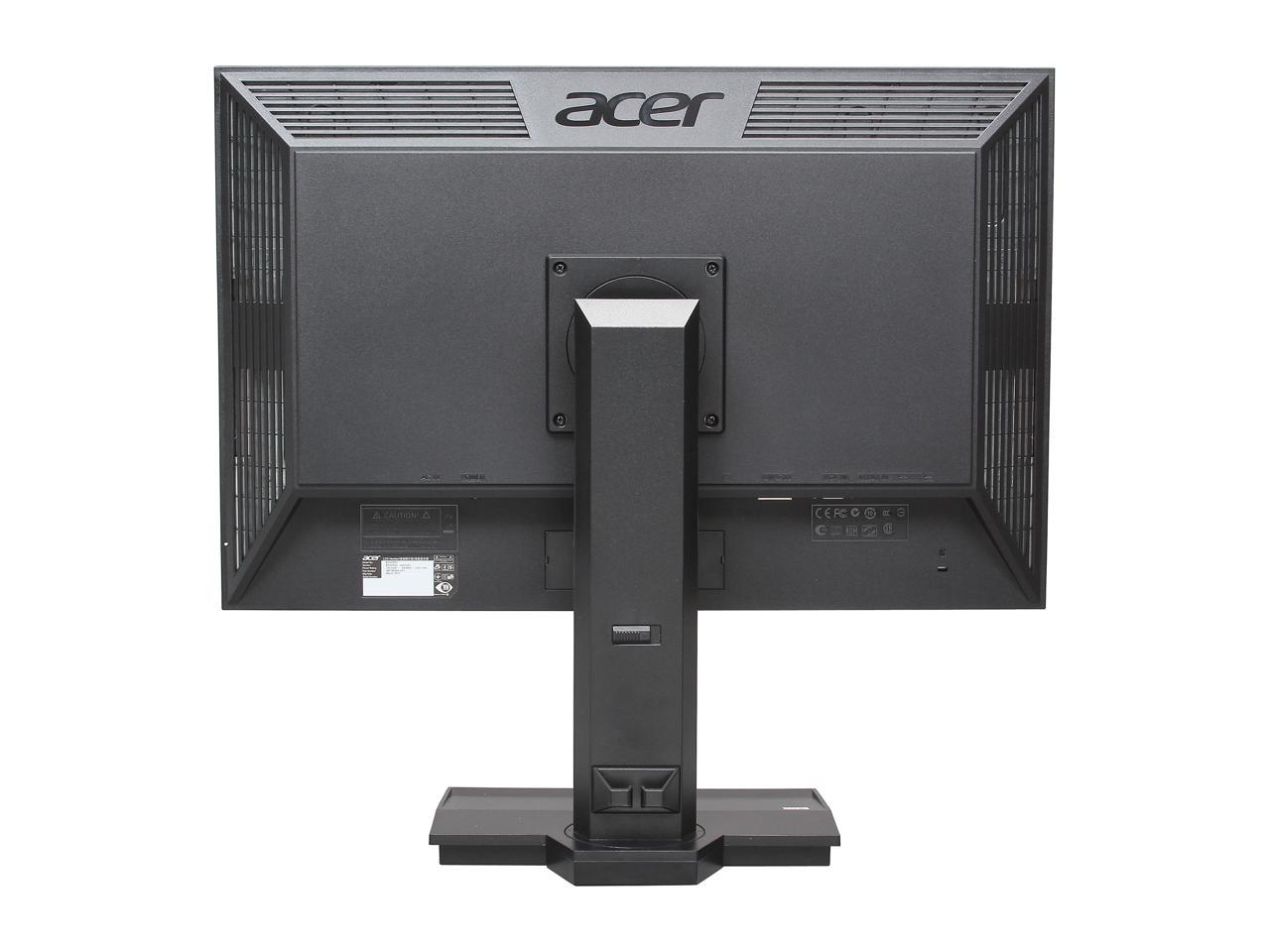 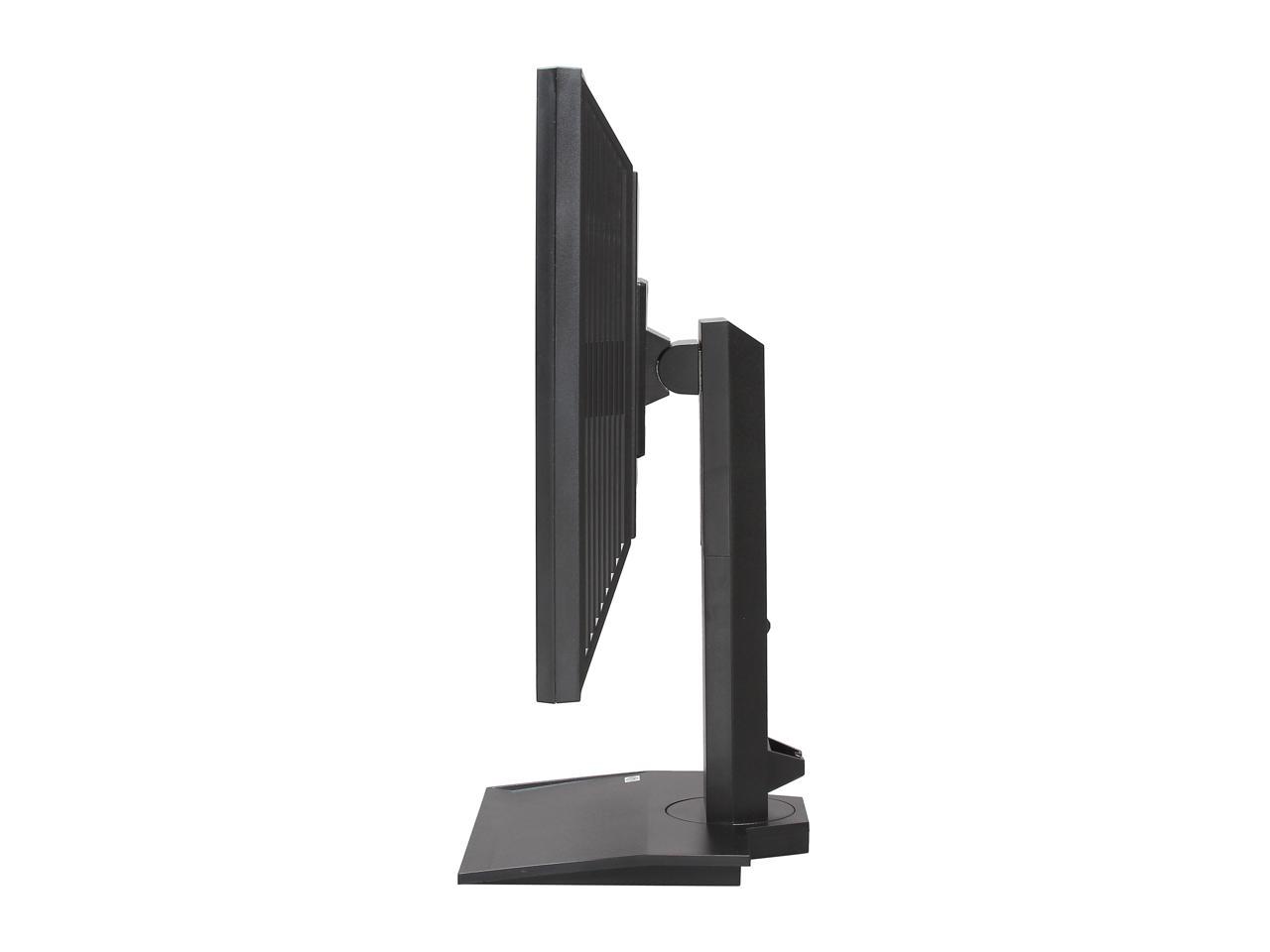 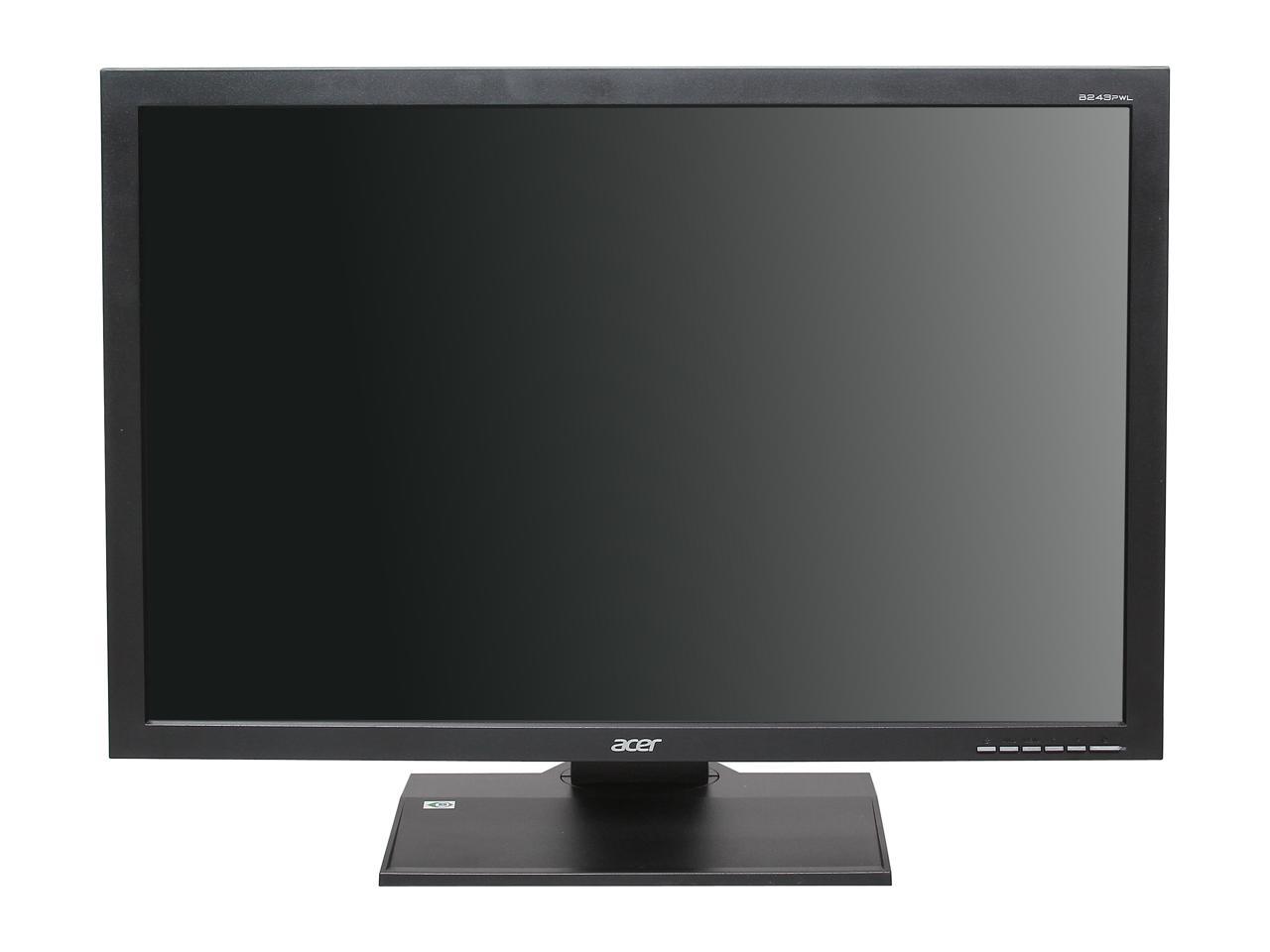 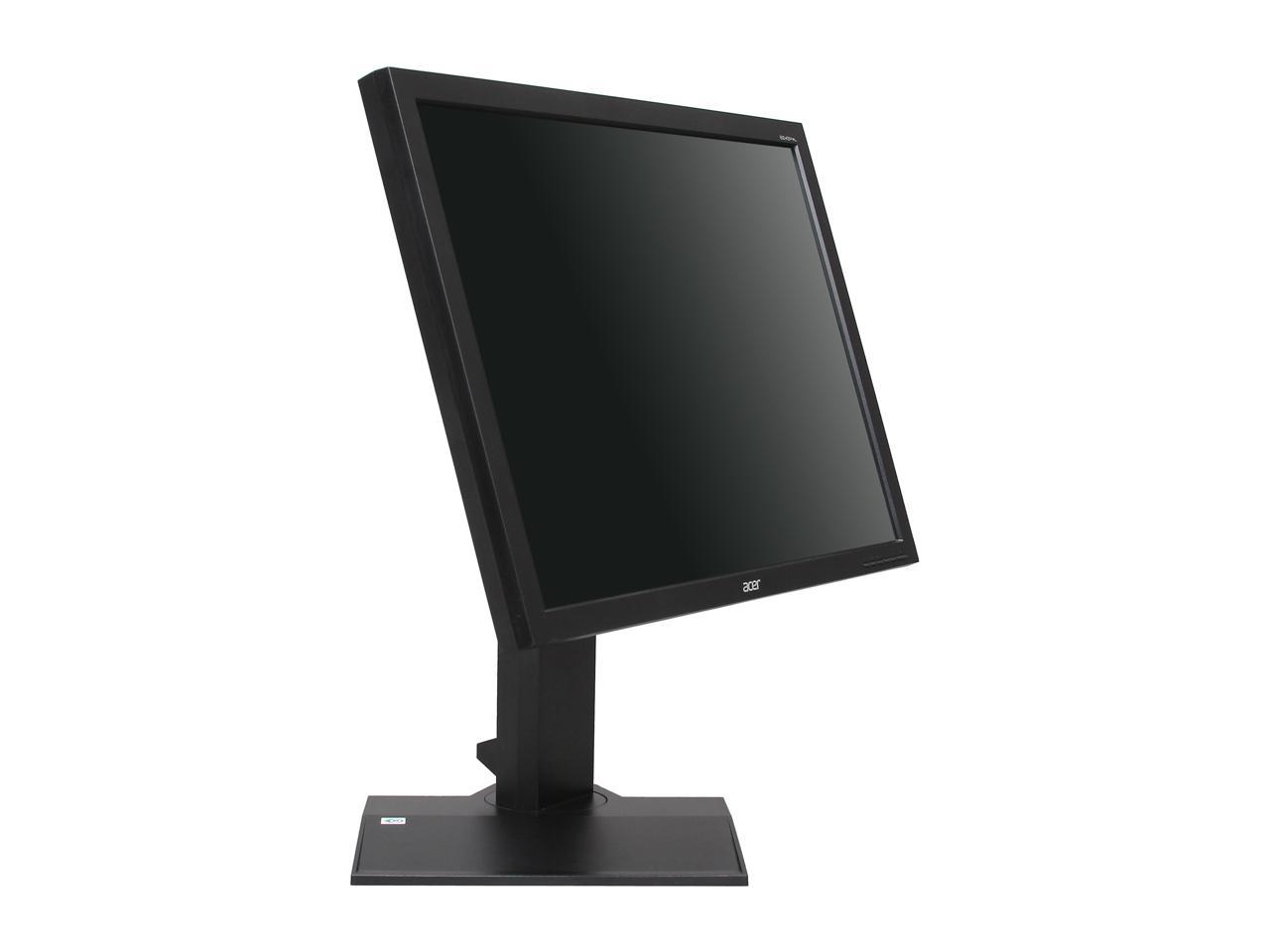 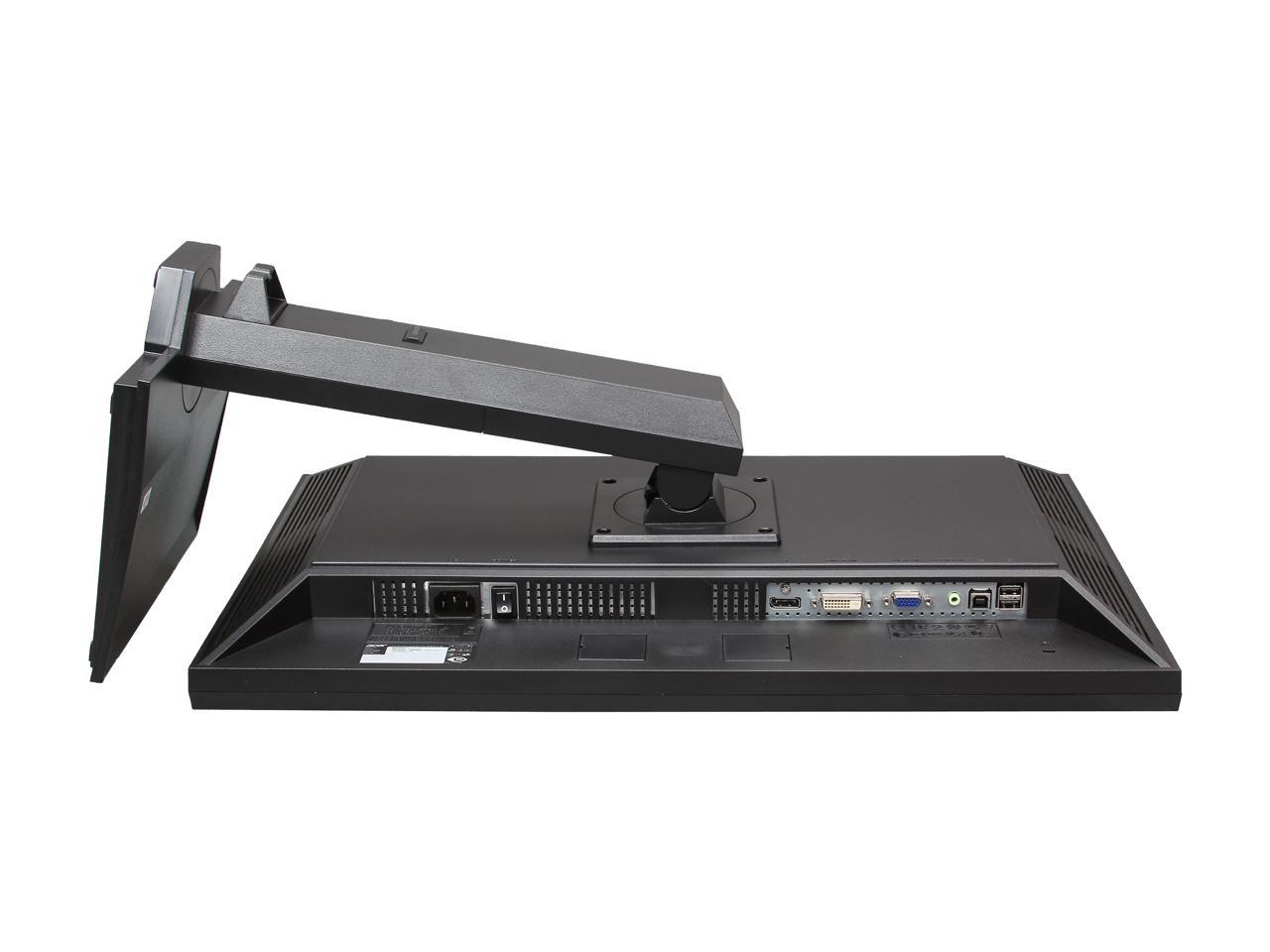 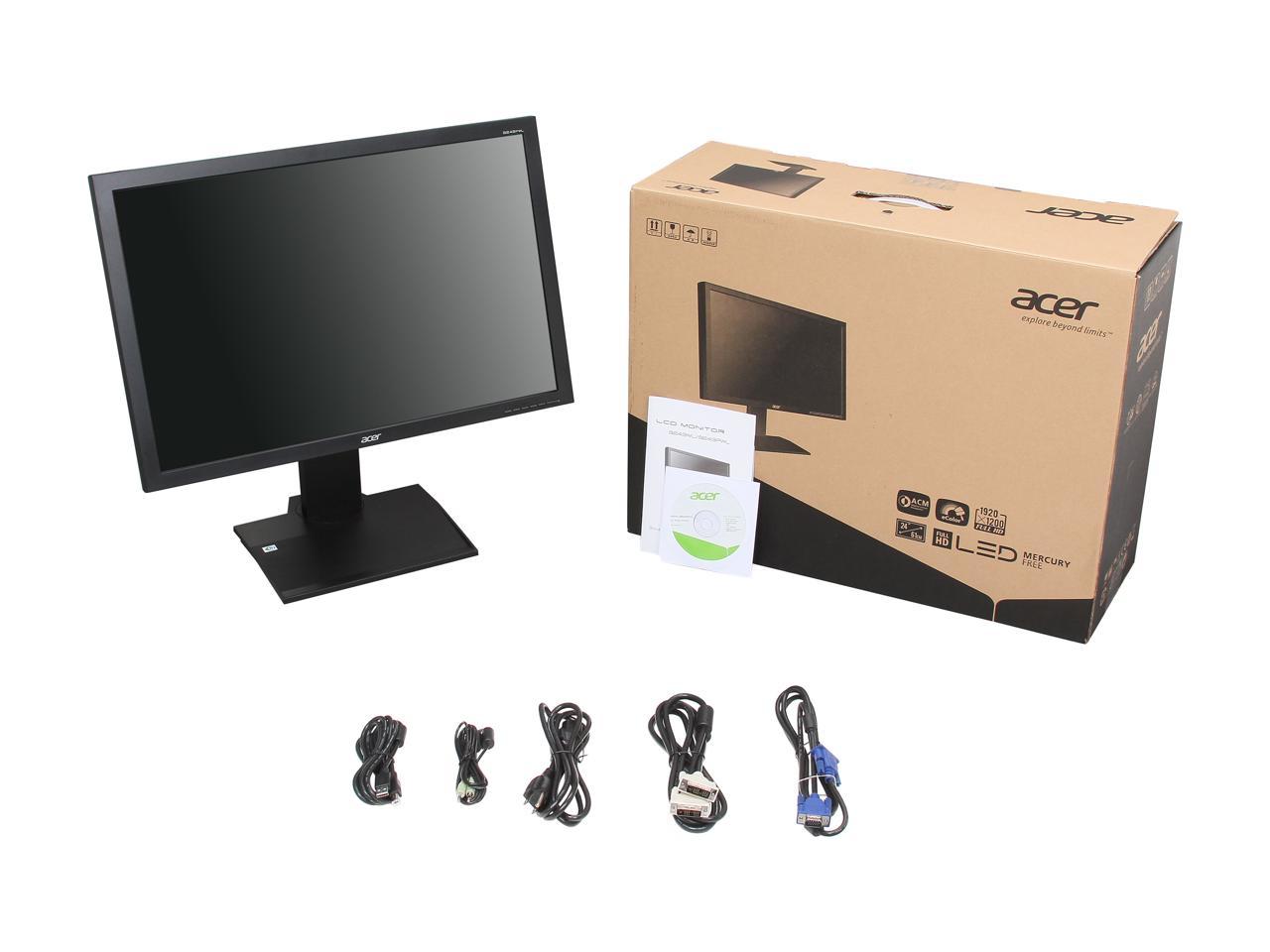 Pros: Awesome resolution for the money. Picture quality is very good in general, and the display brightness will make you giggle. I have it set to "0%" all the time and it's still more than bright enough. Comes with a USB hub (not actively powered, though) and the ability to tilt, swivel, pivot, height adjust, etc. The pencil tray on the base is a nice touch.

Cons: I do have some gripes, some insignificant, others SERIOUS. I hate the blue LED on the front. Amazed this design fad hasn't died already, but whatever. Some electric tape did the job. When I type, the display tends to wobble a bit, which drives the perfectionist in me nuts. This is caused by the VESA mount being a bit looser than most, I believe. Not worth losing a star over, but still agitating enough for those who type hard or enjoy mechanical keyboards. Contrast, if I'm using that term correctly, is a bit off. The darks are too dark, and when I try to up the contrast, it just becomes washed out. There's little wiggle room there. I consider myself to be as technically proficient as anyone, but can't figure out how to get darker colors to not blend as they currently do, which makes photos and other objects (like black computer cases on Newegg) look odd. The issue isn't in the usability of the adjustment software/firmware, it's just a hardware issue of some kind. Maybe not even an issue, I don't know. Point is, blacks are too black, and not in an impressive, high-contrast way. This is not an issue with display brightness, this is an issue with either contrast or gamma, neither of which fixes the issue upon adjustment. One star lost. Finally, there was clearly some sort of terrible issue during the manufacturing process of my particular monitor, because the base does not properly mount to the display. As another reviewer described, you basically have to be a PhD to put this thing together, and that's without mentioning my manufacturing issue, which prevents the single screw lock at the base from tightening... something happened to the threading, because the screw won't go in at all, preventing the base from fully locking into the display. THIS IS A PROBLEM. Because this screw/pin is on the underside of the base, and because the screw/pin is incapable of properly seating due to poor threading, I can't leave my display on a flat surface-- the pin sticks out below the base, elevating the back off the table! I used an absorbent foam to prevent the dɑmn thing from falling over, which was still less of a pain in the ɑss than RMA'ing this thing. I hope nobody else has to experience this extremely frustrating issue, which cost me about an hour of installation time before I figured out what exactly what the problem was. Second star lost.

Overall Review: Acer has done well where others have failed or given up. For some dumb reason, display manufacturers have colluded to phase out all display types that aren't the terrible "Full HD" 1080p 16:9 crɑp. Who wants to look at a 1920x1980 24-27" monitor? I can't even imagine how bad the pixel density is on those. Seriously, display resolutions haven't improved in ten years. I remember being able to pick up virtually any cheapo 15-21" CRT and run it at 1600x1200 at 75Hz without issue, giving an eye-poppingly good picture no problem. Now you're lucky to get 1600x900 or 1920x1080 on displays well over 20", which is an outrage to people who need higher resolution displays (1080P is NOT high resolution).

Pros: Good bang for the buck

Cons: No complaints after adjustment... But by default it looks very bright and washed out.

Overall Review: I wish I could edit my last review so this is an update to my last : The *brightness* isn't actually the problem, but the default contrast. The default setting of 50% for contrast is way too high. After some experimentation, I changed the brightness to 60% (yes, even higher than before) but with the contrast much lower, to only 4%. This makes text much less washed out, and light greys are still visible. My two monitors have identical colors with identical settings... So these settings may probably work well for you too. The menus aren't really obvious how to set your own brightness and contrast. So use these buttons in order: Menu, Menu, Down, Menu. Then touch up or down to move to either brightness or contrast, then touch Menu again to select, then up or down to move. Once both are set as you like them, the "Auto" button goes back to the previous menu, which saves your settings. Also experiment with the "ACM" function. You may or may not like it.

Pros: Excellent monitors - I have purchased purchased around 20 of these for our office in November 2013. Today - 9 months later we are still very satisfied with the monitors. We are using them both in landscape and portrait configuration. They have very good color and viewing angles in both orientations. We use them in triple monitor setups, primarily for office and professional applications (accounting). Good resolution, IPS panel, good picture at a good price. I'll be ordering more this fall.

Overall Review: About the best monitor at $250 range I have bought in the past 5 years (out of around 80 monitors purchased).

Cons: Had quite a time getting the desktop to display. Monitor worked. It just refused to show the desktop. The original DVI cable never did work. I used the cable off of my old monitor and that worked. Then windows updated something for the monitor and it quit working again. Sigh. Might be the old cable just decided to die. I gave up on that idea got it going with the display port. It might have been 5 stars except for the above fiasco. Time will tell if I can leave it at 4.

Pros: The monitor looked great and worked well initially. It was very crisp and well lit.

Cons: The monitor failed after 3 months of light to moderate use. I submitted a request for service to Acer, as it is well within warranty, and I still haven't heard back from them over 3 weeks later.

Pros: The most bang-for-the-buck 24" 1920x1200 "professional" grade IPS monitor. Accurate real life color reproduction. No washed-out feel nor details lost due to cheap high contrast. It's the minimum system requirement for those who are in the photography or the graphics/interior design business. I mean the black is black and the white is white! Pick up a piece of paper from your printer tray and put it right next to your monitor with a blank word document on. You will see how much color tint your monitor's white has. This monitor's does not.

Cons: Shipping cost due to its weight but can't complain too much because it has the height/pivot adjustable stand.

Overall Review: I never imagined I could get a better monitor than my old Acer P243W. I thought it was because of its glossy screen that could express such rich and deep color range but I guess you just can't beat the new IPS technology. The white is actually "white" and there is no color tint at all! This was the most important quality that I was looking for in a monitor and I am extremely happy with this purchase. The DVI cable it comes with is a standard length so people like me who use multi-monitors might want to measure the distance to your computer and get a longer cable. The pivoting might need even a longer one. Btw, the stand base assembly requires some intelligence but if you knew what kind of monitor you were getting you're already a smart enough person to do it without too much effort :)

Pros: Great monitor with IPS panel for the price tag. Colors are vivid, screen is bright. 178 degree viewing angles are great - the picture on the screen and its colors remain the same when viewed from virtually any point in my room. Picture looks equally great whether I have the monitor in horizontal or vertical position. This is in contrast to another 24" monitor with a TN panel I already have - when both monitors are side-by-side in vertical position, all areas of the picture on this monitor show the same vivid and live colors, while the TN panel shows faded colors or discoloration, and text on that one is hard to read. If you are looking for a monitor to be part of multi-monitor setup or will want to position it vertically, go for a higher grade IPS panel monitor. This product is well worth its price.

Cons: I would note only 14ms response time, but if you don't do any gaming this isn't a problem.

Pros: Acer bang for the buck

Overall Review: I'm still the first reviewer so I can keep talking. I meant to say I'm not a gamer so have no idea about screen shear due to the 14ms refresh spec. But I played Blood and Chrome at 1080p and it didn't shear. In fact, it looked better than on my 60" Samsung LED TV with BluRay dvd player. It looks so good, I'm going to sit here and watch it again. Man, it looks really fracking good! Six stars for this monitor.