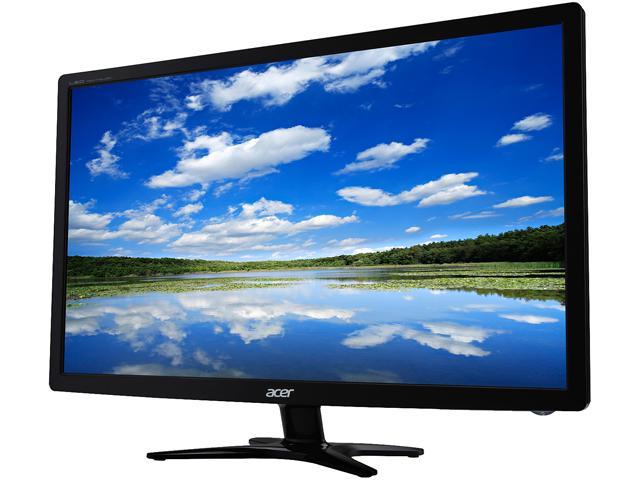 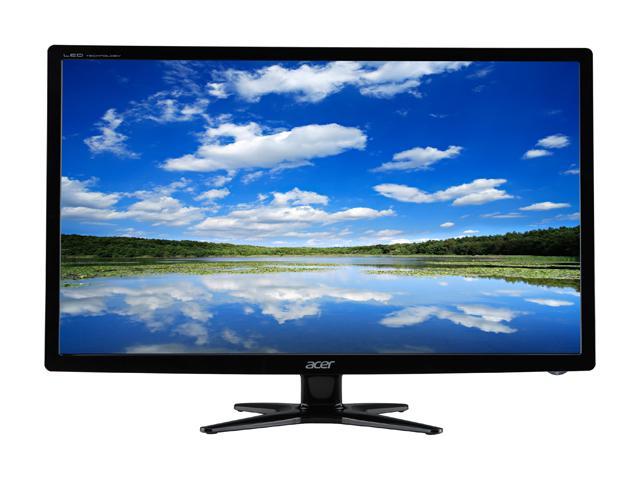 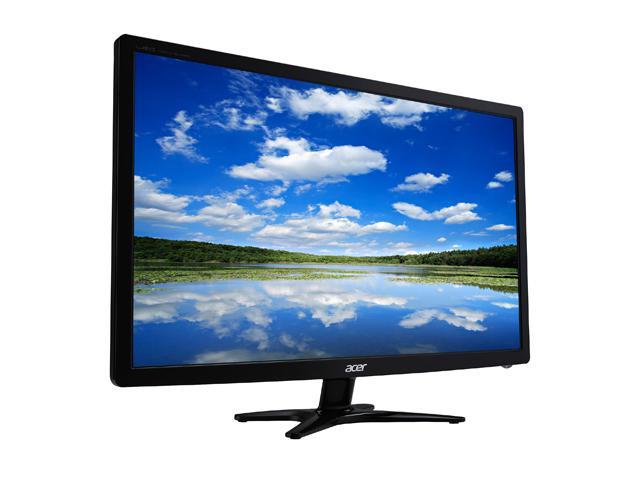 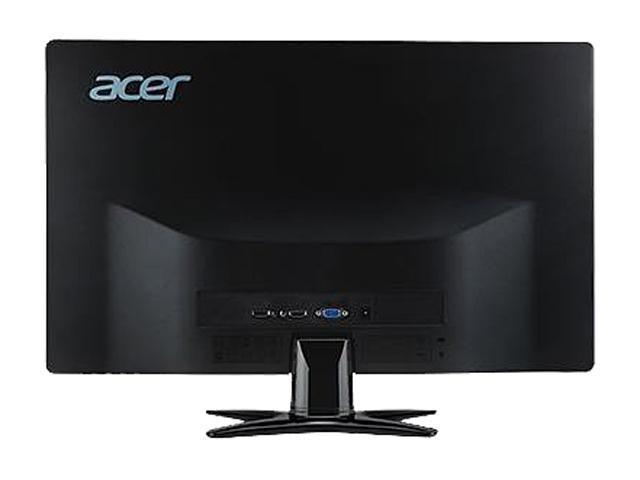 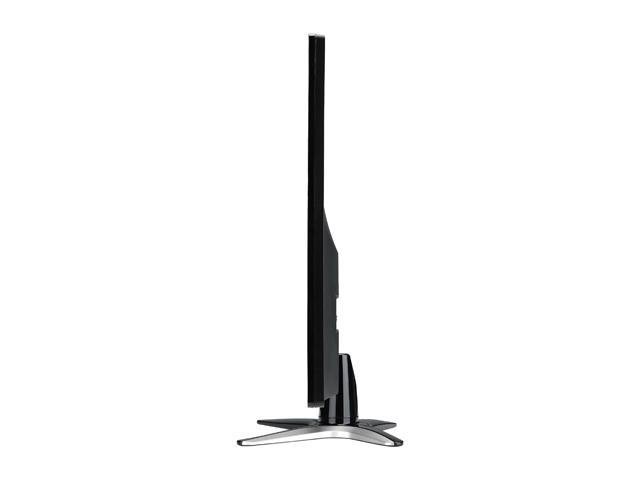 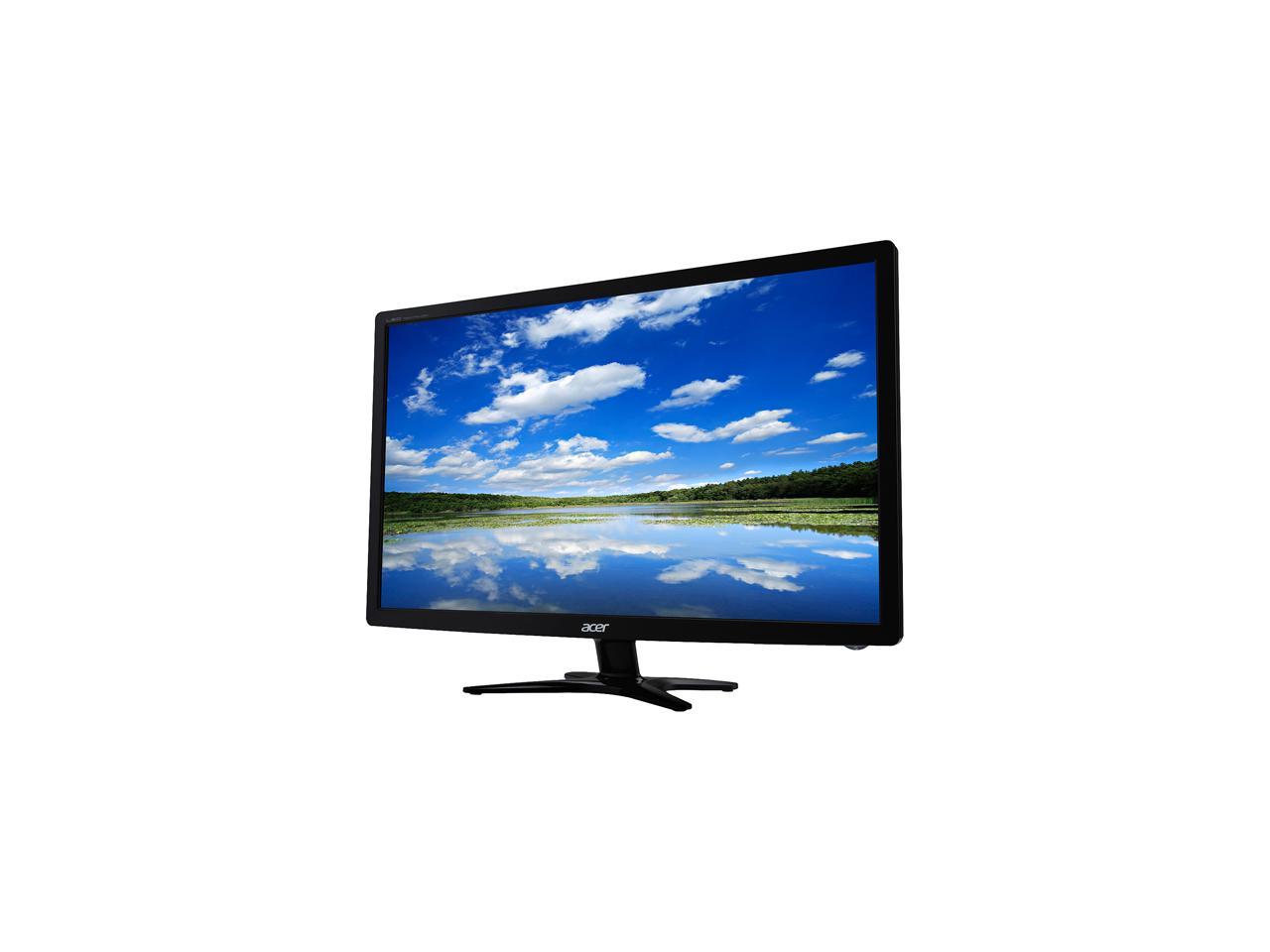 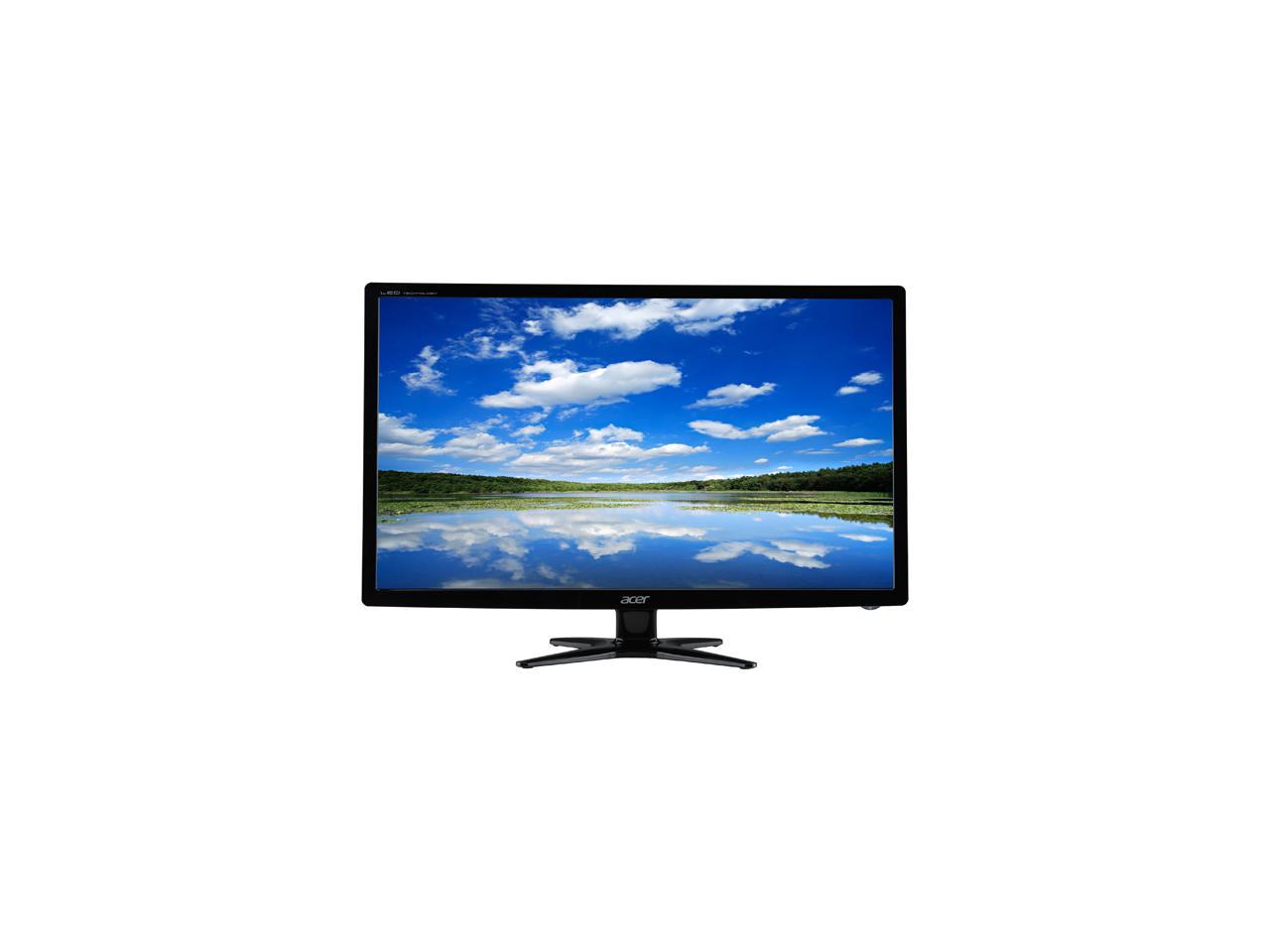 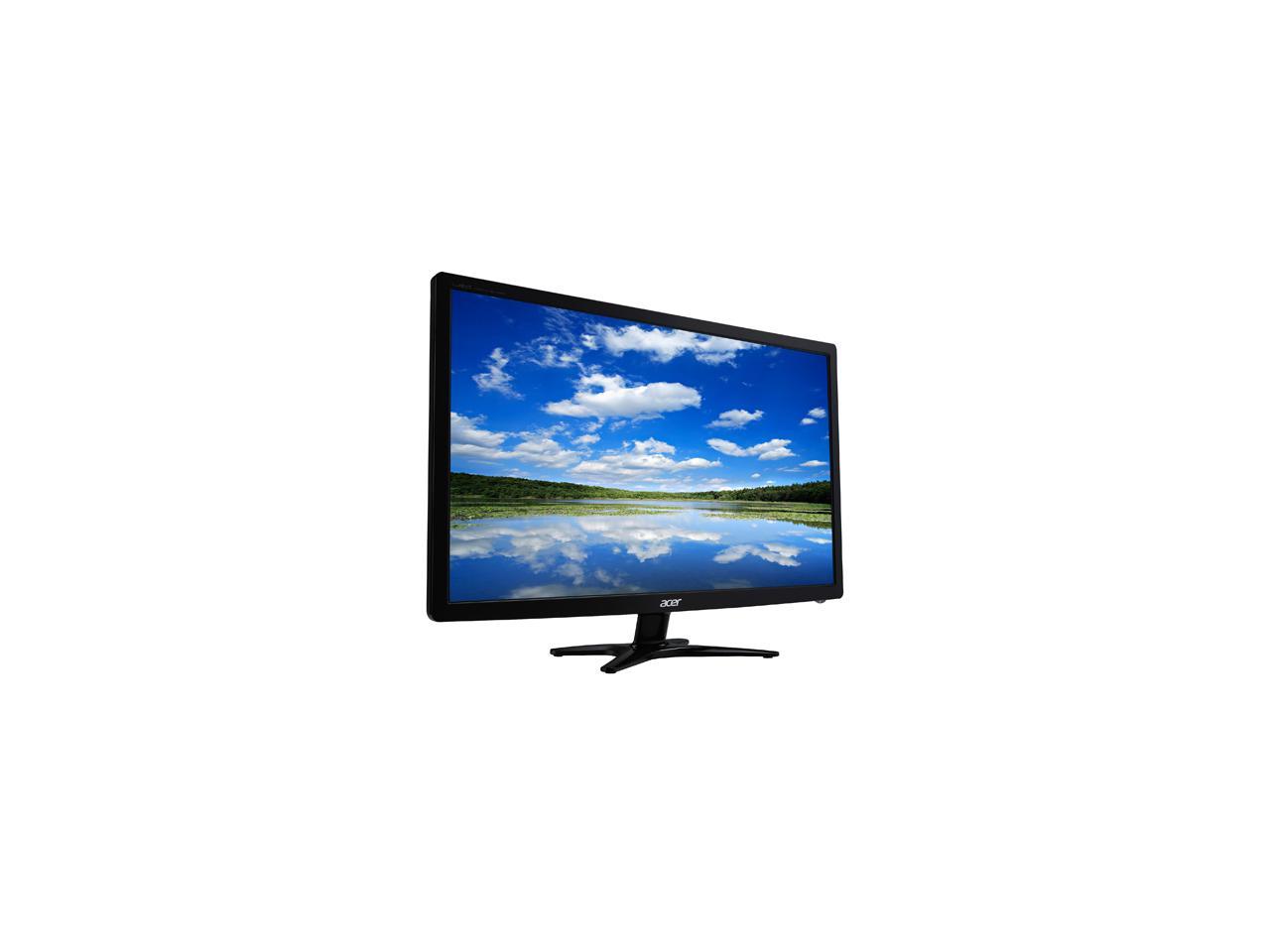 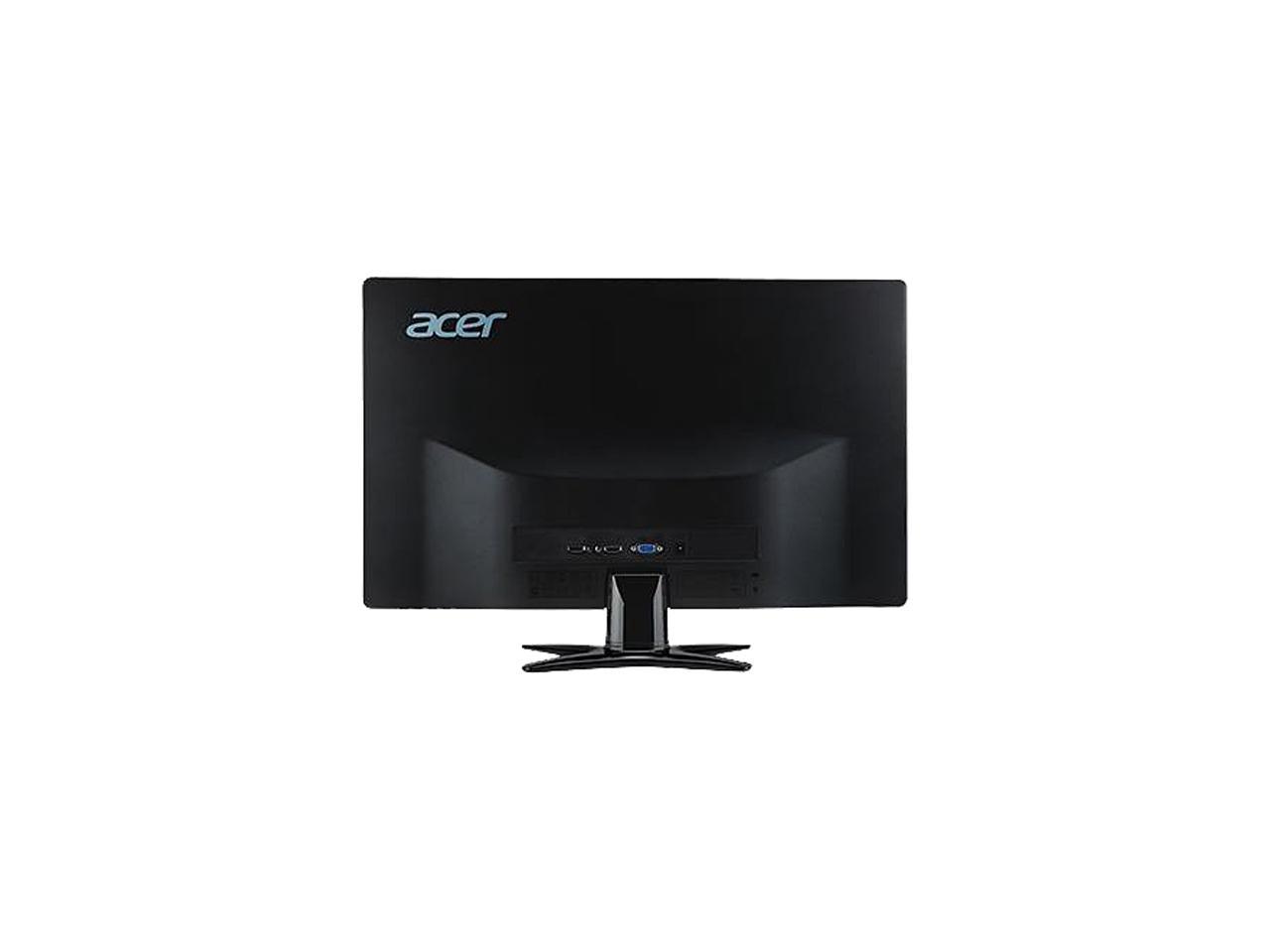 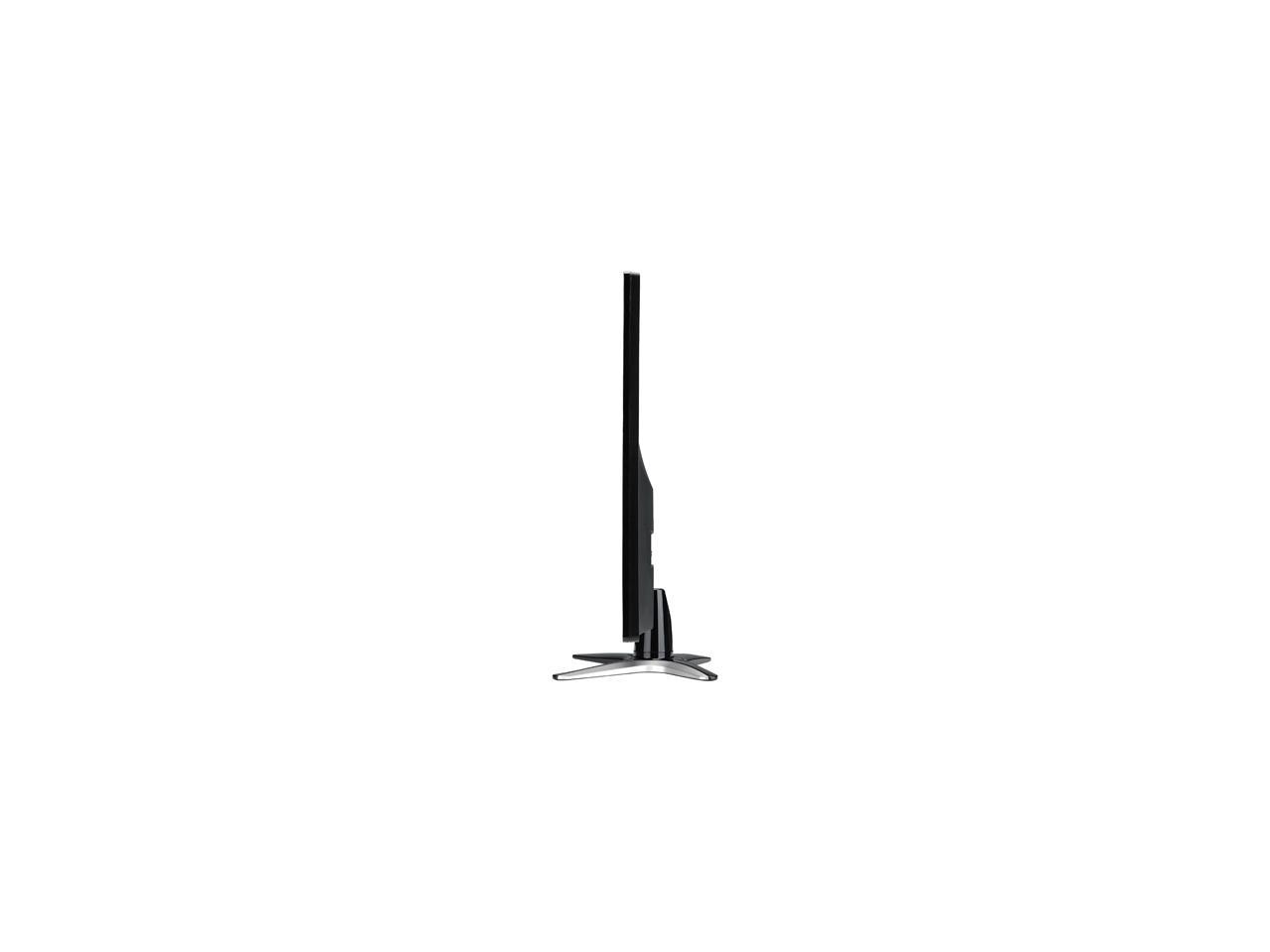 (699) Write a Review
OUT OF STOCK.
Overview
Specs
Reviews

Anthony B.
Ownership: 1 week to 1 month

Cons: What? no cup holder

Pros: It has a very pretty screen, and the refresh rate is good enough for gaming.

Cons: 1. There is no tilt on this monitor. I have no clue why it was advertised as such. 2. Monitor does not come with english instructions.

Overall Review: I hope your "googlefu" is up-to-date for translating instructions.

Pros: Good price, no dead pixels, great for everyday use.

Cons: Narrow vertical viewing angle. I knew this going in from the reviews so not worth an egg.

Overall Review: I got this as a gift for my daughter-in-law and she loves it, no complaints at all. I had a chance to use it extensively over the weekend, and can tell you the shift is only apparent with dark colors, especially black. If you need a monitor with high color accuracy this one isn't for you, but it you're just doing the day-to-day stuff most of us do (including gaming) it's a good choice for the price.

Overall Review: I bought this because it was the cheapest 24" 1080p monitor I could find that had lots of 5 star reviews. I have two other monitors I can compare this monitor with: ASUS VS248H-P, and a 24" AOC monitor (I don't know the model number, but it's about a year old). Accessories: Came with a power cable (small 'brick' type), DVI cable, VGA cable, Drivers CD and stand. Stand: This monitor has the nicest stand of the three (I would rank them: AOC, Asus, Acer). You have a small degree of adjustability and the stand holds the monitor pretty steady, even amidst light jostling of the desk it's sitting on. However, it's still a cheap-feeling plastic stand and the adjustment was pretty hard to do at first (a lot friction in the mechanism--I had to double check the specs listed here to make sure it was adjustable and that I wasn't going to break it.) The stand comes in two pieces and is very easy to assemble and disassemble (two screws--one philips, one flat head). Monitor/Panel: The monitor itself is a matte panel with a decent (not good or great) picture. The colors are pretty washed out (image quality is on par with the AOC monitor, and a little worse than the Asus.) The adjustments in the menu don't seem to do much for it. I also found a dead pixel in the upper right quarter of the monitor. So, overall, not a terribly impressive panel--but if you just need a productivity monitor (and don't care about perfect colors or the odd missing pixel) this fits the bill pretty well. Overall: Don't expect to be blown away by this monitor. It's cheap, it's practical but that's about it. It's by no means a 'hidden gem' or a 'steal of a value' for the price (as all the five star reviews might lead you to think.) As long as your expectations are realistic, you won't be disappointed.

Cons: Dead Pixels after just over a month of use. The dead/stuck pixels are near the center of the screen (really annoying!). Customer service said 30 days for returns/exchange. GARBAGE. There is a reasonable expectation in the life of a product to operate without flaws and just over a month is not it.

Overall Review: I would be very happy with the product if not for the dead/stuck grouping of pixels which ruin the experience of using this monitor.

Pros: We use this same monitor at work running CAD. I like them so much I bought one and plan on getting another. For the price you really can't beat it.

Overall Review: I had image quality issues when I hooked this up to my video card (GTX750) using the DVI cable it came with. It was connected to the DVI single port. The DVI dual is running my other monitor. I got a DVI dual (24 pin) by HDMI cable and the image quality is 2 to 3 times better. Avoid using the cable it comes with if possible and connect using DVI dual (24 pin) if you have it available on your video card.

Pros: You get what you pay for. It does work and is viewable. It is not a beautiful image, by any means. For a work monitor it is fine...

Cons: The stand is "fixed" and you will not have a great viewing angle in most set ups. The contrast is pretty bad.. the blacks are light and not deep. There seems to be a brightness from the bottom fading toward to the top.

Overall Review: I have tried to adjust the settings with no real change to this issues with wash, contrast etc. Again, for a work monitor it can be used, once you get used to it.