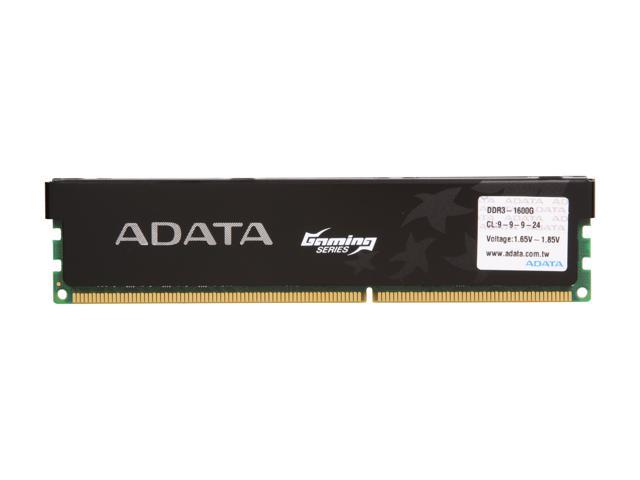 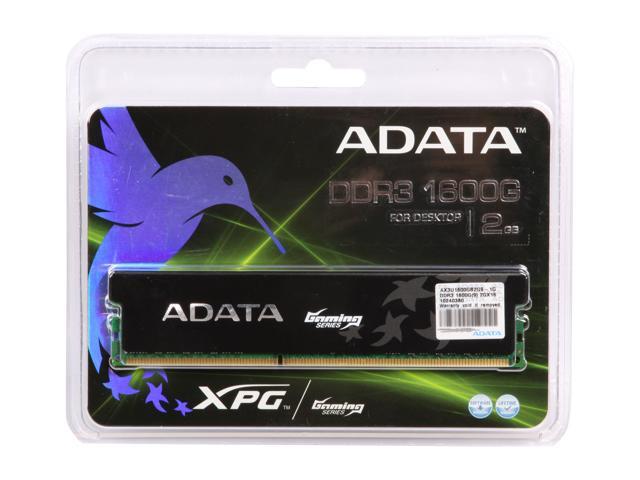 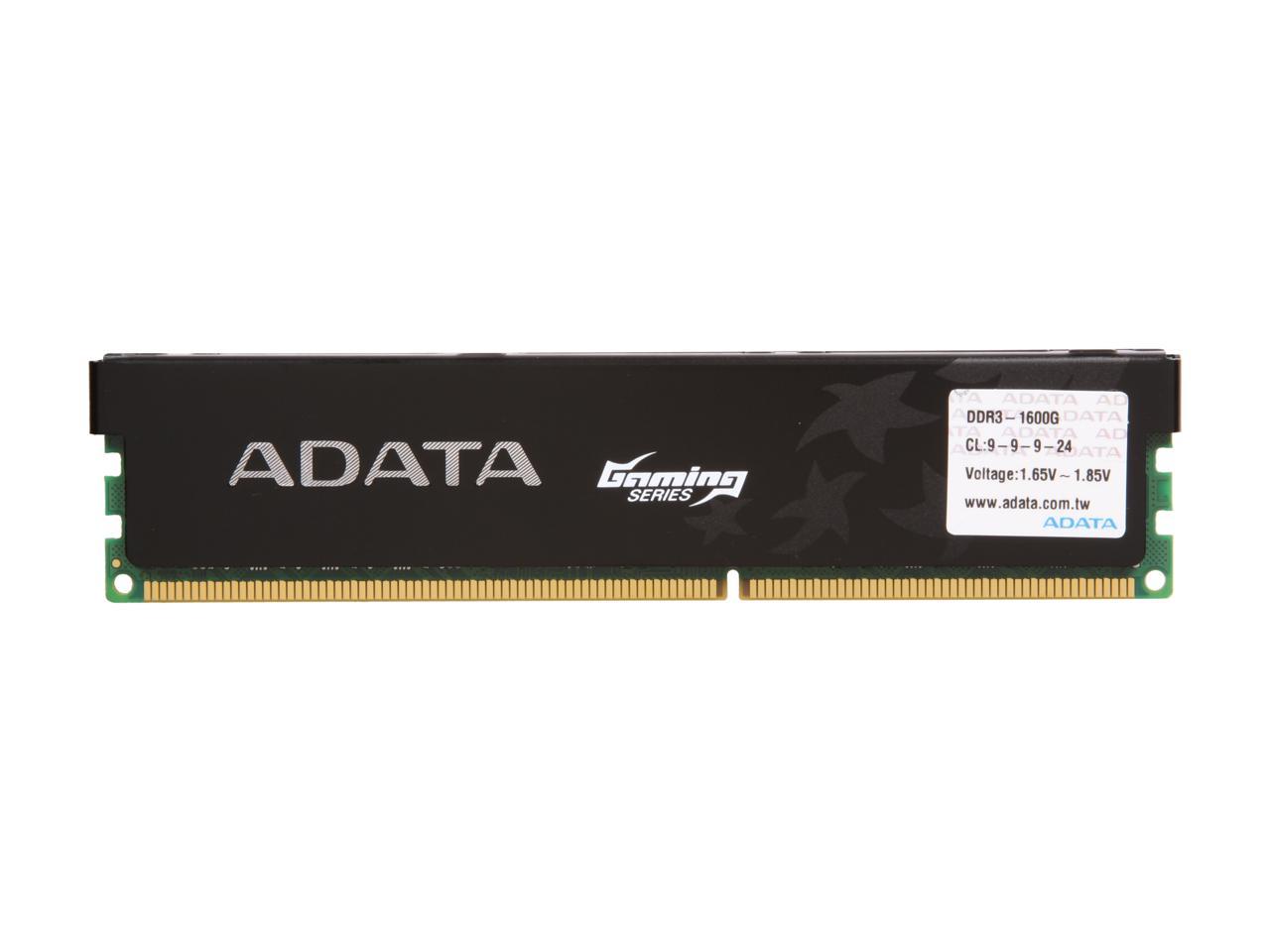 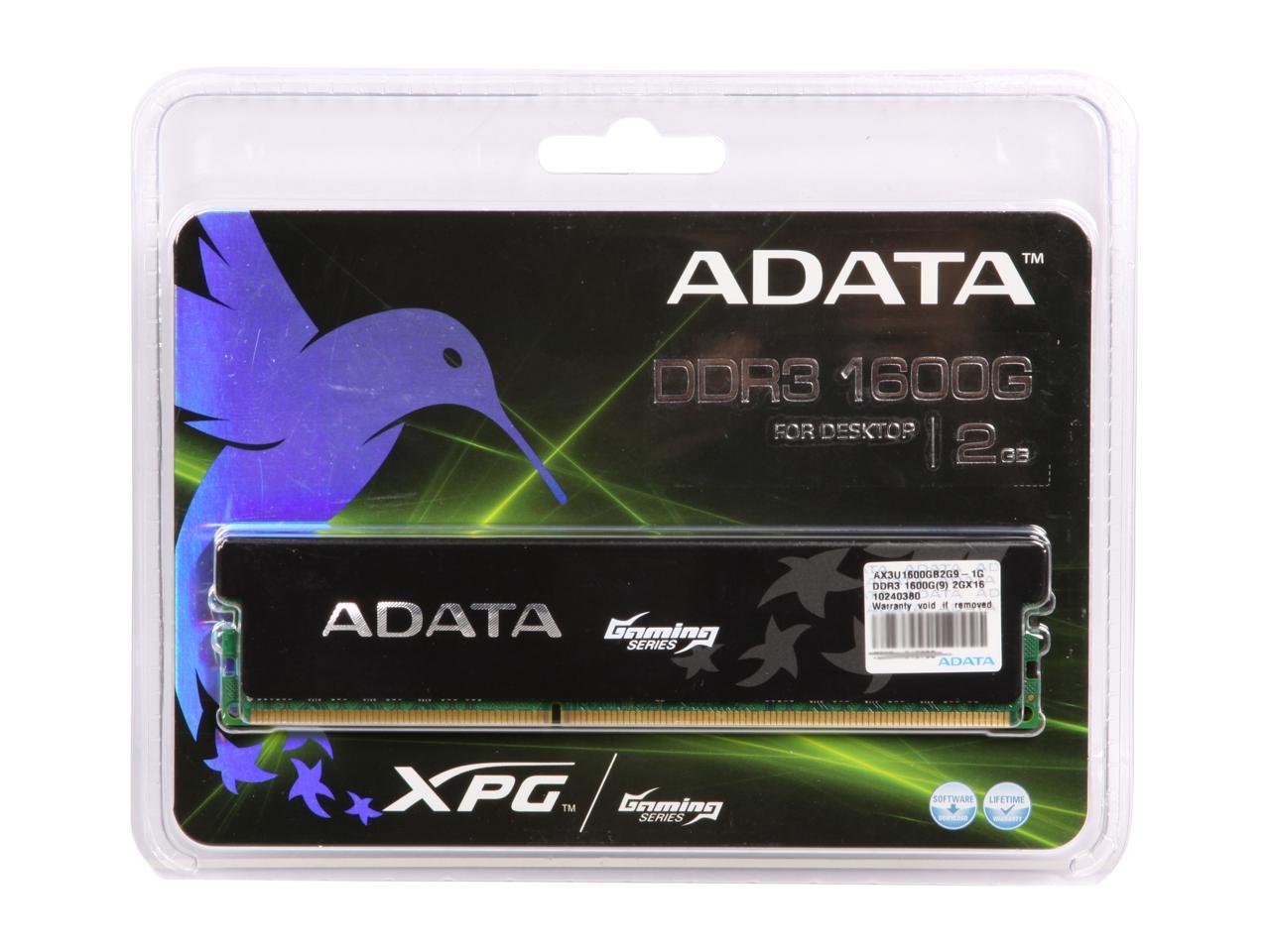 (69) Write a Review
OUT OF STOCK.
Specs
Reviews

Cons: Had to change bio's settings, but thats normal. Could only afford one :(

Overall Review: I got this 2 gig stick only because I couldn't shell out 100 bucks for 4 gigs. Wasn't sure how 2 gigs would handle Vista 64bit, only running at its single channel BUT it seems to be doing well! I am running it in a ASRock M3A785GMH/128M with a AMD Rana 435 Unlocked to 4 cores using the onboard video. I have had no issues running things so far but will need to get more ram if i plan on doing more video editing and most likely a good video card. But otherwise I have no hick-ups with just 2 gigs.

Overall Review: Slapped it in and and it worked. Been beating on it with intense gaming, and it's flawless.

Pros: great ram for the price. i bought 2x4gb and used it for a year and decided to buy two more.

Overall Review: the first two sticks i bought had a 1.65-1.85 volt on the sticker. the next two i bought(same exact sticks) has 1.65-1.75 volts on the sticker. My computer blue screen on me a few times. would anyone know whats the problem?

Pros: Inexpensive memory that runs on some systems. It's hard for me to judge the overall rating of this memory as outlined below. It works, but not in the configuration that I wanted. It did achieve its rated speed in the intended machine but not with the amount of memory I put in it. So, the memory worked, but the board didn't like it and still has issues with it. I've used A-Data memory before and never had an issue with them. I think the product is very good, but the 'marriage' wasn't so good? Let's call it 'irreconcilable differences' and leave it at that.

Cons: It may not work on your particular mother board. In my case, I've tried this memory in two different mother boards. The first was the intended build, and ASUS P7P55D-E Pro - LGA 1156, and the second was a GigaByte EP35C-DS3R. The result were not good for the ASUS board. With two sticks (4 GB) in, the system would not boot. Removing one stick allowed the system to boot and eventually to get it up and running. The one issue remaining is that doing a warm boot will hang the mother board every time and it will beep with a 'missing memory' code. Doing a cold boot, power off, and it comes up every time. I realize that ASUS did not qualify this memory for this particular mother board. The GigaByte board worked with one or two sticks at 1333 speed, which was to expected as this was its max memory speed. The ASUS board would also run at 1600 speed with one stick only. So be careful with your memory choices. Even when working, the GigaByte exhibited odd PS turn off problems with this memor

Overall Review: We've reached the area where CPU's and memory speed have reached microwave magic land. It's no longer just a 'strip' of board trace, but a transmission line with a characteristic impedance, stray capacitance and inductance contributing to signal distortions and rise / fall time issues and reflected signals. Also, it's not just a 'memory stick' as it is a terminating load with a characteristic impedance. Any mismatch in line and load will cause problems. In truth, this has been an issue for a long time, but now it seems to be even more problematic as speeds have increased. Different manufacturer memory sticks identical in size most likely will present different bus loading characteristics. This memory is 'good' as I've run memtest on it and it passes in both machines when they are in working configurations. The bottom line seems to be to adhere to the board makers memory qualifying list or tested list. Otherwise, you will probably have problems.

Pros: One of them works.

Cons: I bought 2 of these guys, installed, and my computer wouldn't boot. I pulled the ram and inspected. One of the A-Datas had a red gummy substance on two of the pins. I removed the substance (which I'm pretty sure manked up the memory slot) and re-installed in another slot. The computer boots but has a blue screen of death memory dump whenever I cold start it. I'm reluctant to return it to newegg since it came in a clam shell that I threw away after I thought everything was working. I'm pretty annoyed that my new 64-bit system is now running off of 2Mb of ram.

1 out of 1 people found this review helpful. Did you?
Manufacturer Response:
Dear Customer, Thank you for input regarding ADATA product. Please have our sympathies as in regards to receiving a faulty unit. Please note that if Newegg cannot assist you, we will be happy to service your unit. If you have any questions or would like to contact us directly please do so at the contact information below: Email: support@adatausa.com Phone: 1.888.YO.ADATA We are open from 9AM to 6PM PST Monday - Friday; best way to reach us is always via email.

Pros: - Smexy sleek black heatspreaders - Price is proportional with the 4GB kit of the same stuff - 1600MHz for the price of 1066 or 1333 - Has ran flawlessly thus far

Overall Review: Running on a Gigabyte 785GMT-USB3 with an Athlon II x2 245

Overall Review: I needed an additional 1x2GB stick of RAM to fill the final DIMM slot on my mobo. I currently use Corsair's XMS3 DDR3 1600 ram 3x2GB. Unfortunately they can not be purchased individually. I stumbled across this RAM looking at the daily deals. Upon closer inspection I found the specs are nearly identical to my current RAM. Ordered, installed, tested & very pleased.

Cons: Price went up after I bought it, does not install itself.

Overall Review: want another one