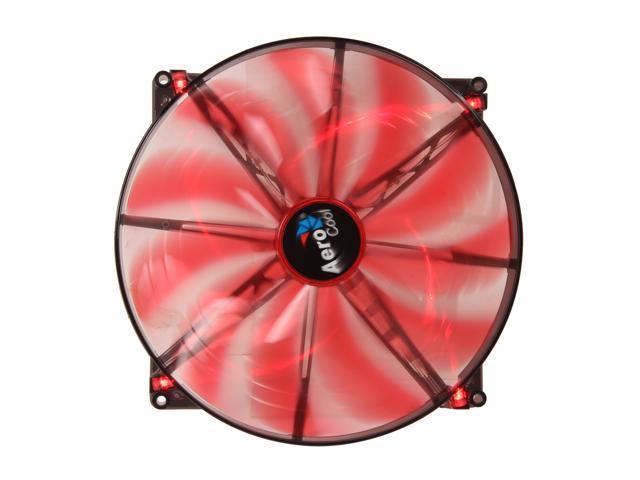 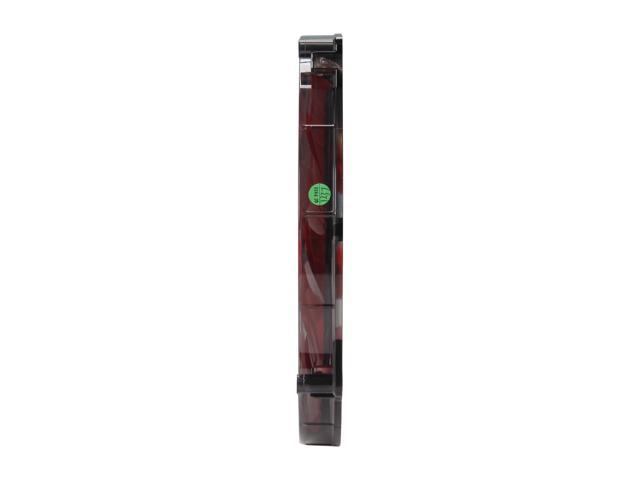 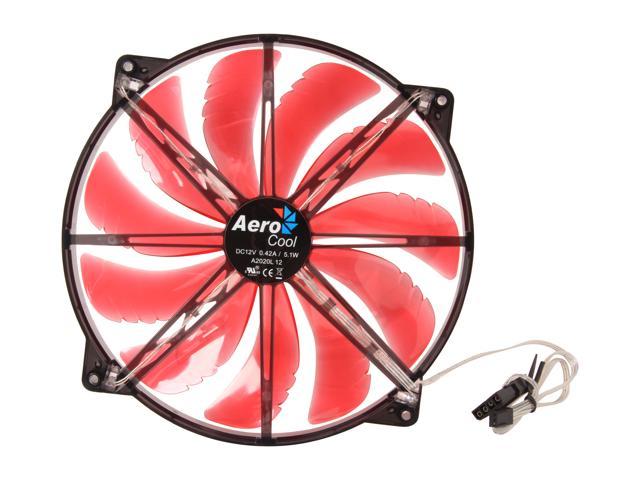 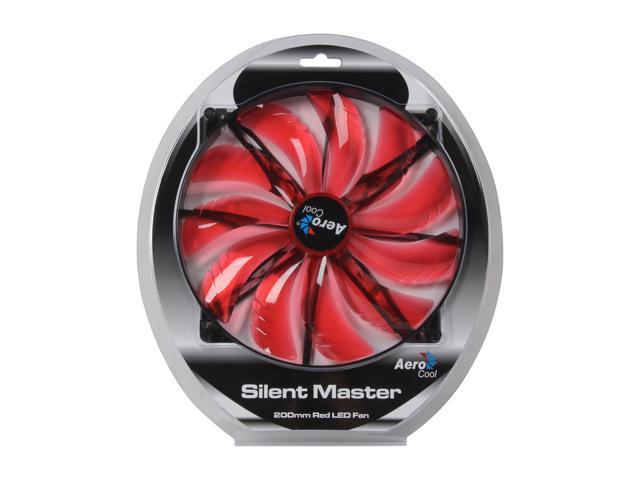 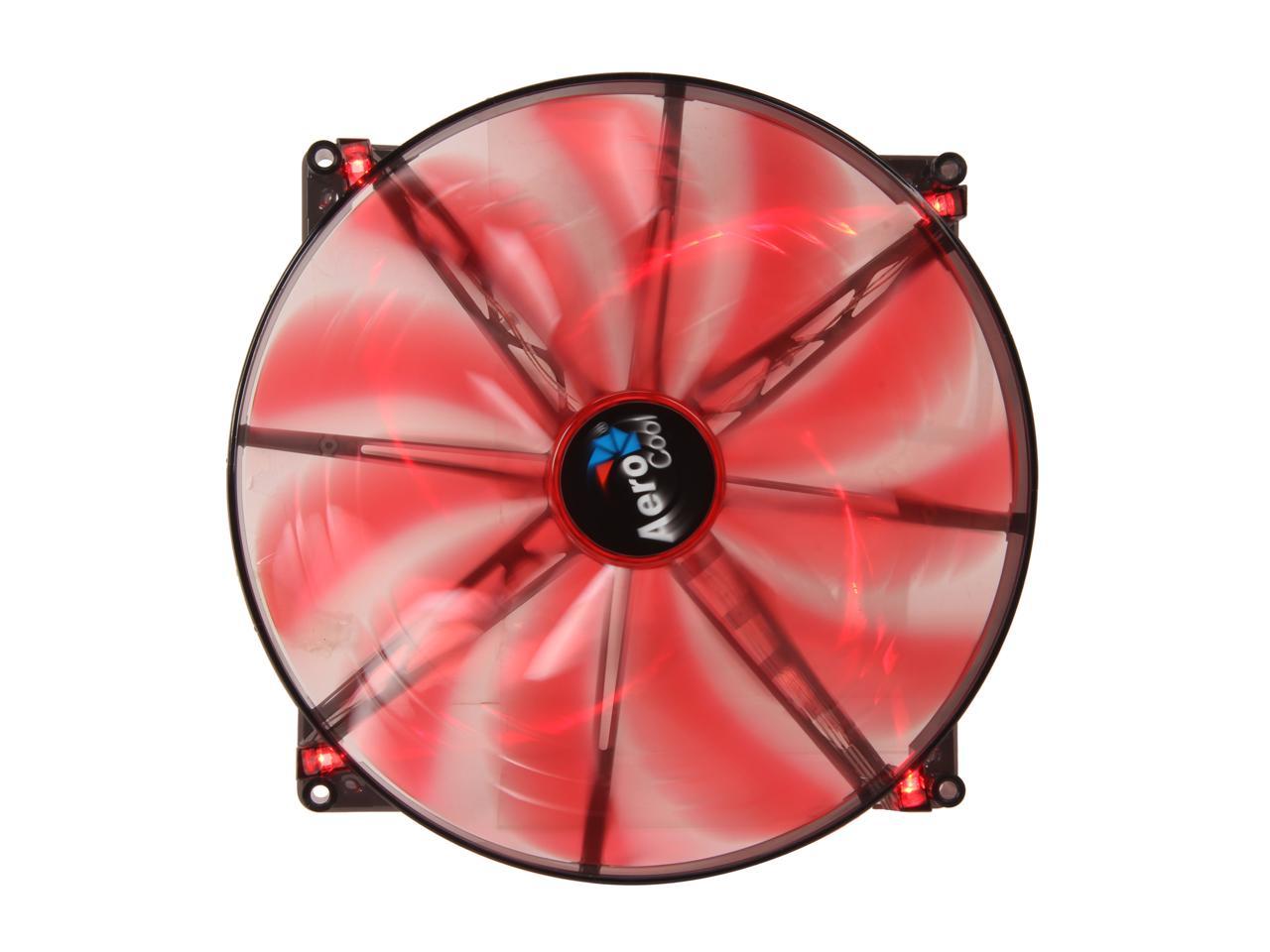 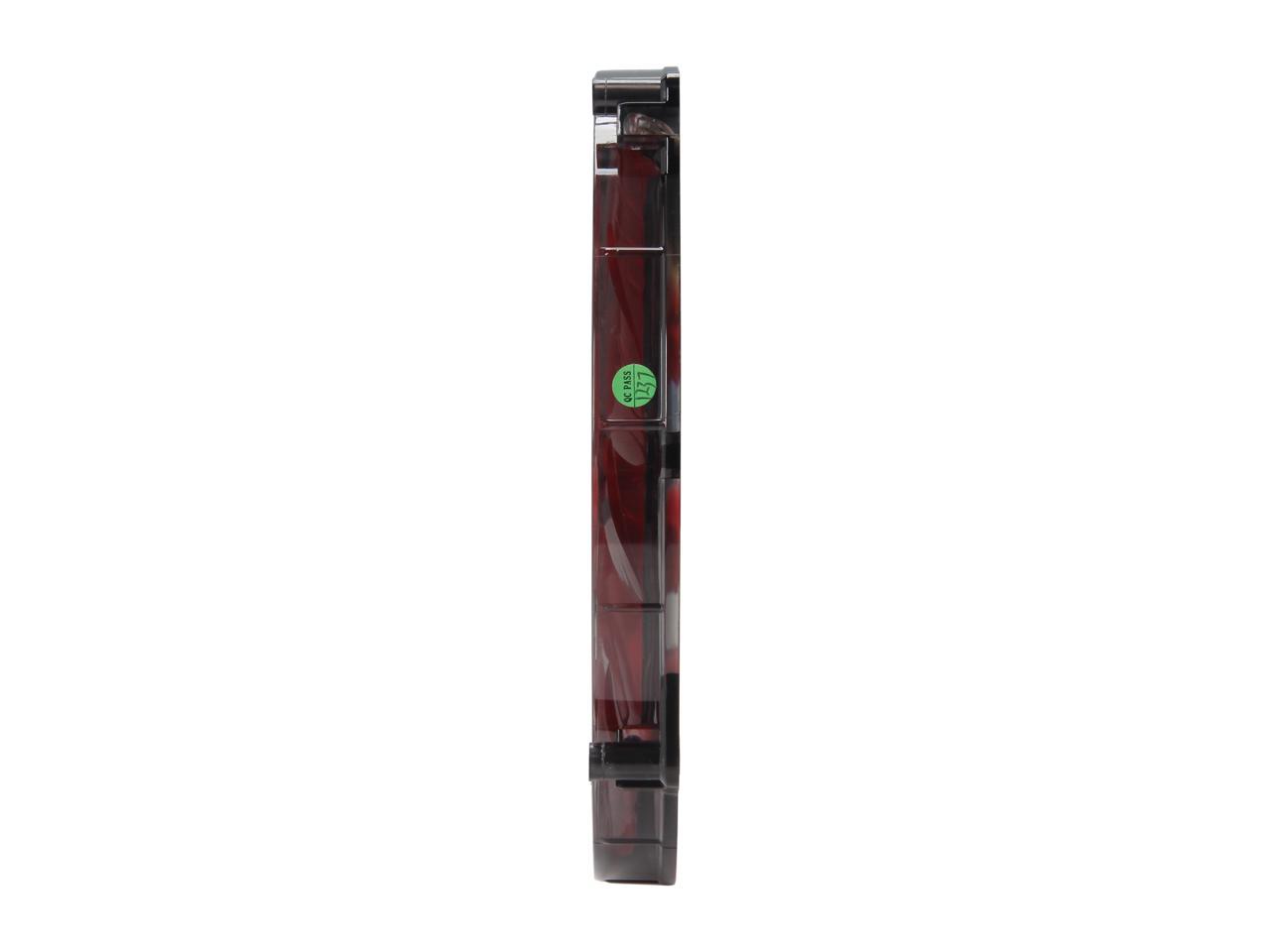 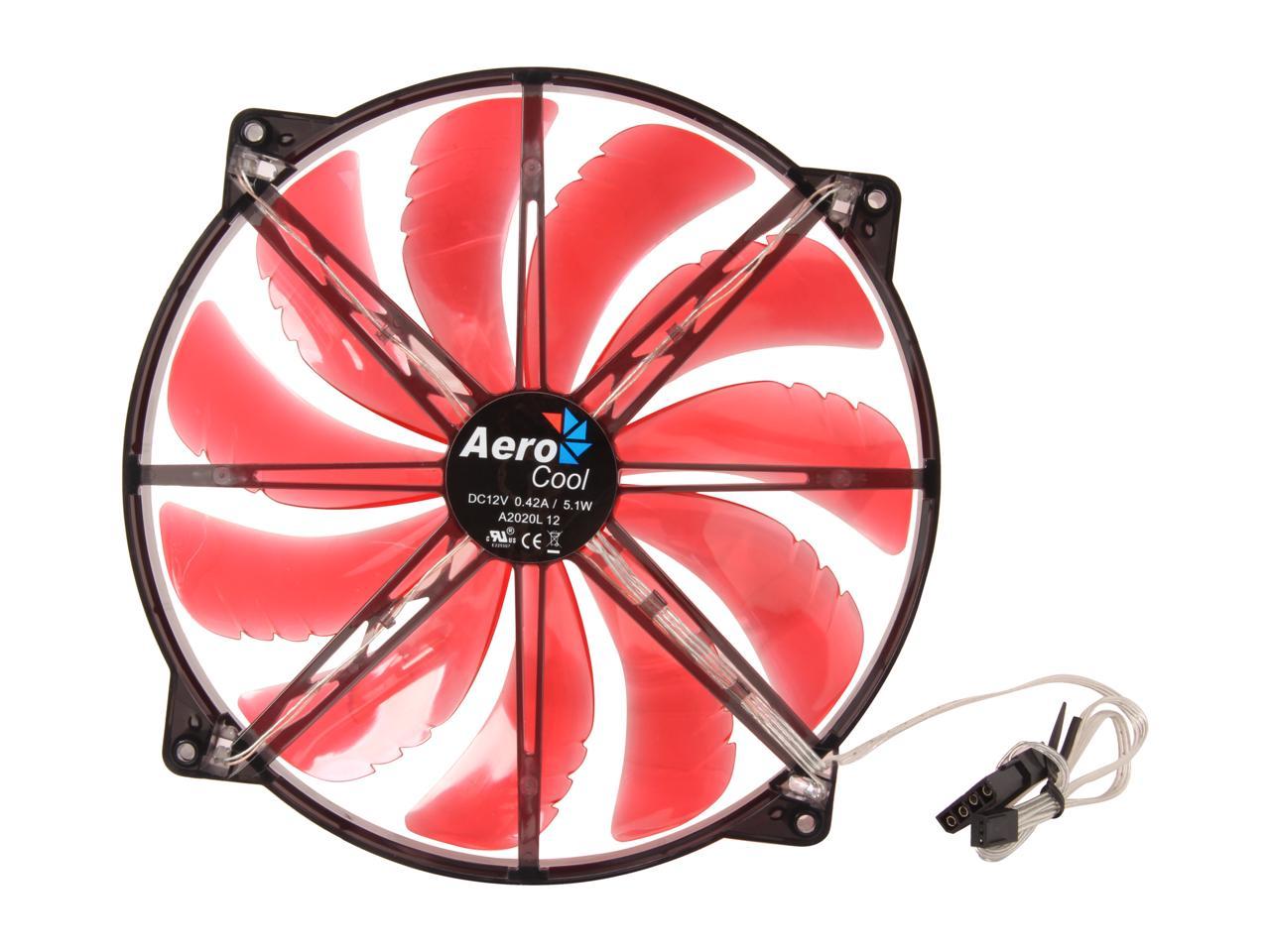 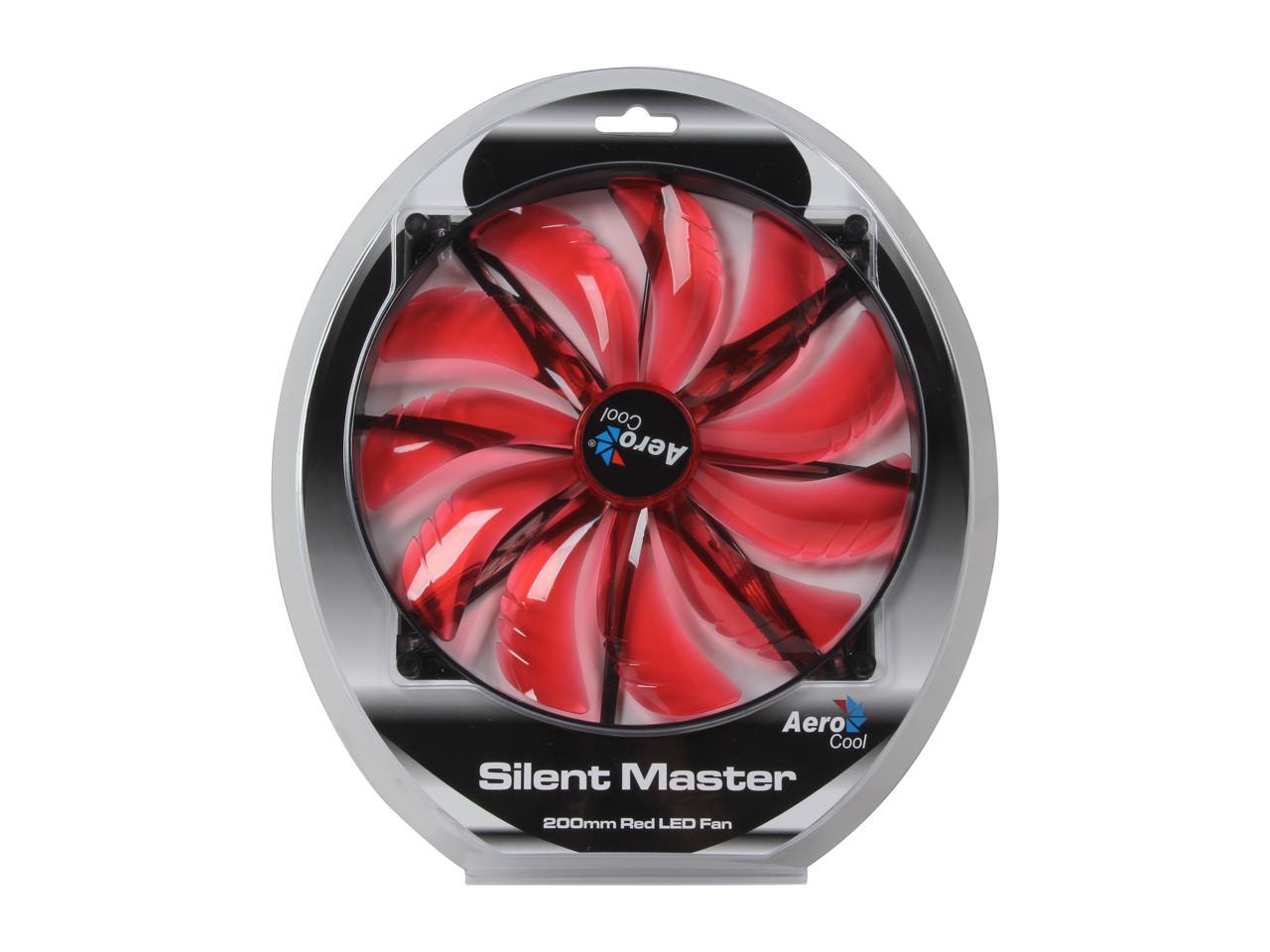 Learn more about the AeroCool 200R

Overall Review: Bought 2 of these fans to replace the stock white fans in my Corsair 600T case which requirers thinner fans. They do move a lot of air at low RPMs, and aren't noticeably loud. Overall very happy with my purchase.

Pros: It's big and slim! This fan fits well in my mATX case - a 30mm width fan would hit the power supply so I had to use a 20mm. It moves a good amount of air, especially at a nice low speed (duh, that's the point of a 200mm fan!) It was very easy to install, this fan took to being threaded well with screws MUCH easier than others I've used. Maybe it's the plastic, maybe it's the screws, who knows.

Cons: It's not silent as the name states, but it's quiet enough. I'd have taken a slightly lower speed and less airflow to have it 'silent' but you can't have it all. Also, I was stuck getting a 20mm thick fan and anything that was decent and got decent reviews had lights. Blue looks nicer I think, I had another blue fan on my power supply that I can turn on/off so I figured I'd match it.

Overall Review: Overall this is a good purchase. I had the option of 4x80mm fans on my Xion case or 1 - 200mm. Given that I didn't want to hear a helicopter everytime I used my computer, I opted for the much better choice. I will NEVER use 80mm fans on anything as long as I live again. They break, they are noisy, they don't move air, blah blah blah. Bigger is better in this case (get it?! Pun intended).

Cons: Lights aren't nearly as bright as the 120 MM Rosewill fans on the top of my case.

Overall Review: I normally would have only given 4 stars for this fan, but added one on to make up for the guy who gave it 1 star because he was too wimpy to screw the screws into the fan. All fans screws are hard to screw in because they carve the threads into the plastic of the fan. Use the proper sized screw driver (short with a wide handle) and its not a problem to screw in.

Pros: After doing some research this fan would fit in Corsair 650D case that original fan I went to the web page no longer available but they will be more than gladly did give the new case for $269 I think this option is better :}

Cons: I have user products in the past I have never had a problem with the product very good product

Overall Review: I would recommend this product that is looking for a good fan at a reasonable price

Pros: Does everything it says... Well. its a fan so.. its totally worth the money had no issues.. would buy again.

Pros: -Moves lots of air. -Slim 20mm fits well at the front of my case where a 30mm is too large. -Whisper quiet even at high RPMs.

Cons: Fan came with short screws which had to be installed from inside the case. I didn't have room to install these screws so I used some longer screws from the previous fan to install from the fan side.

Overall Review: Blue LEDs are a nice rich blue which matches most other blue LEDs. Kinda weird that the frame is black and the blades are blue, but you can't see those colors once it is in my case.

Cons: * Does not move as much air as I was hoping. But, considering it is a slim AND a quiet fan.....

Overall Review: Bought it to put it in a XION XON-560 micro-atx case. It's a tight fit, but it worked. That computer had an i5-2400 (stock heatsink) and a GTX 560ti TwinFrozr in it. This fan made a big difference in CPU and GPU temps. Well worth the $22.