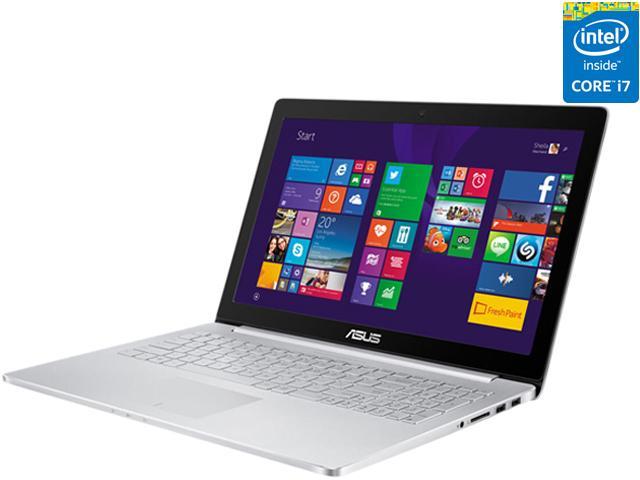 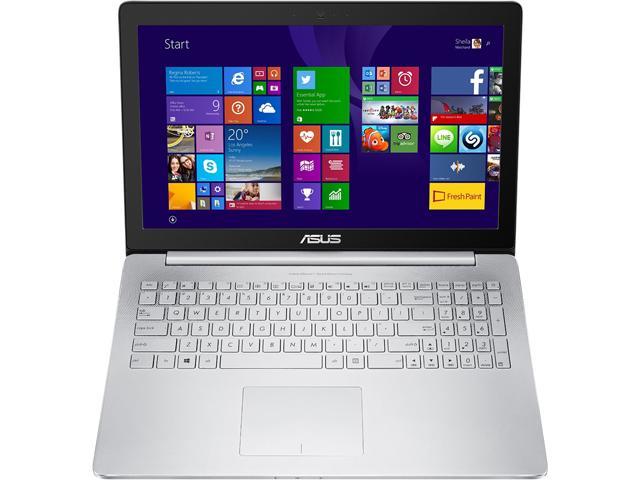 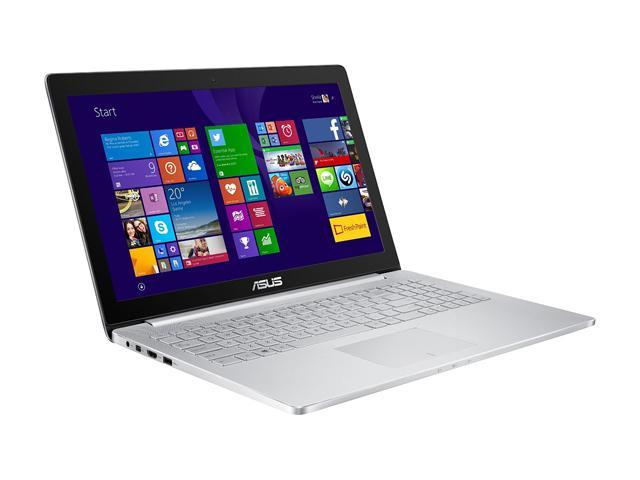 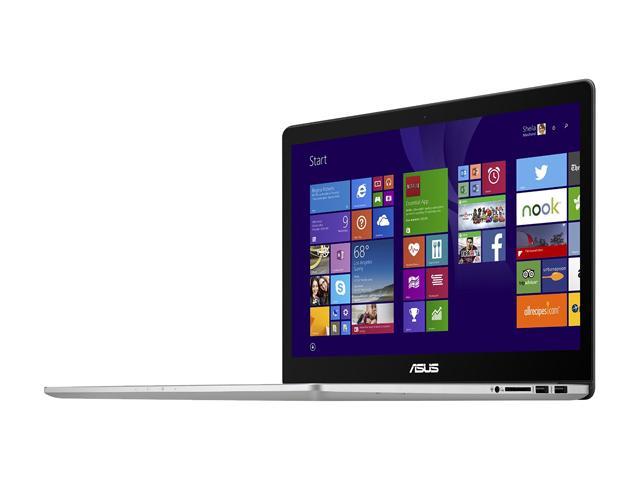 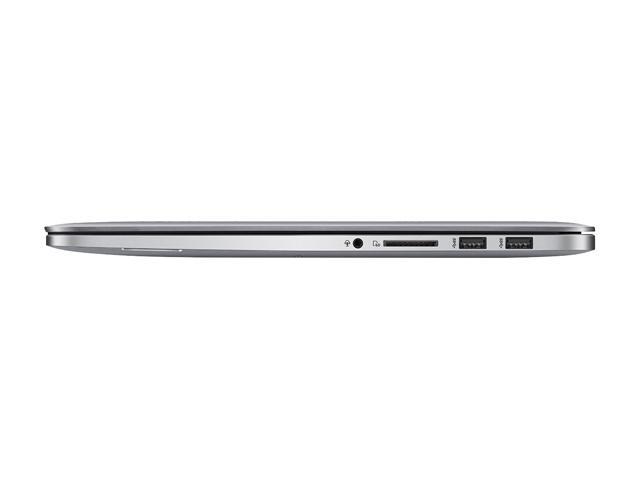 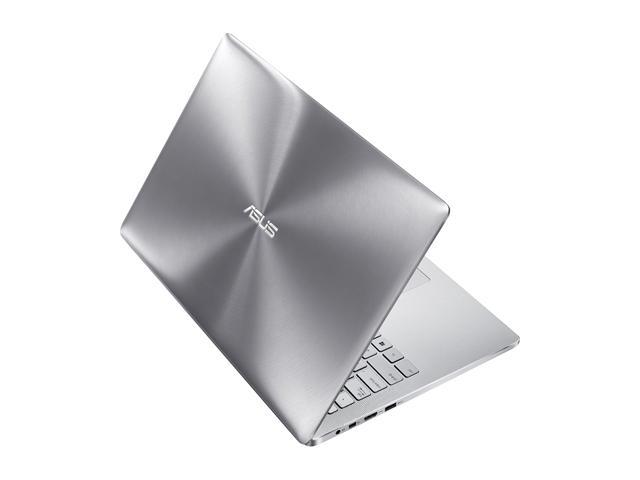 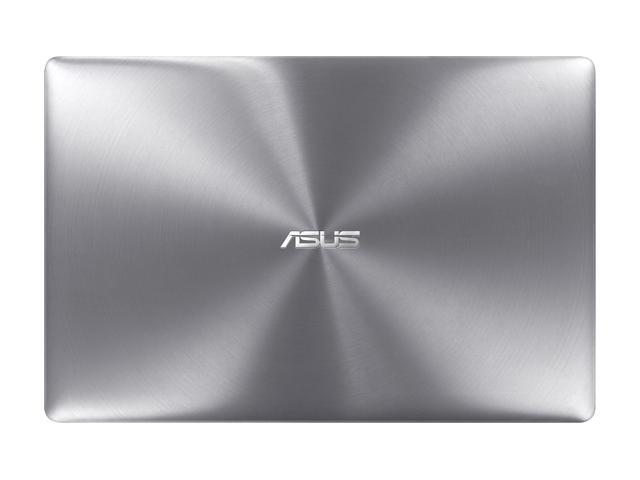 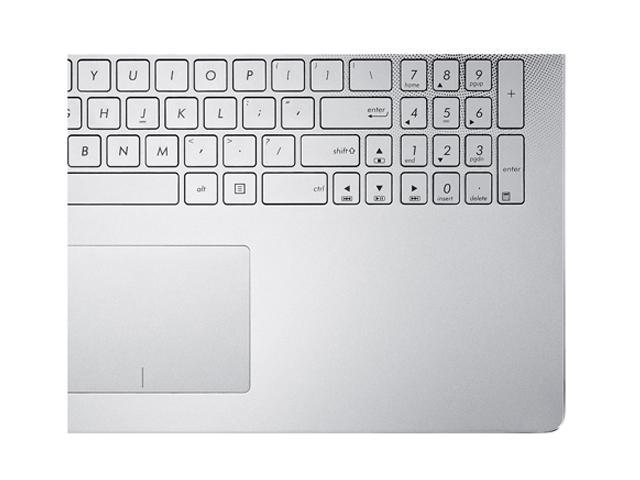 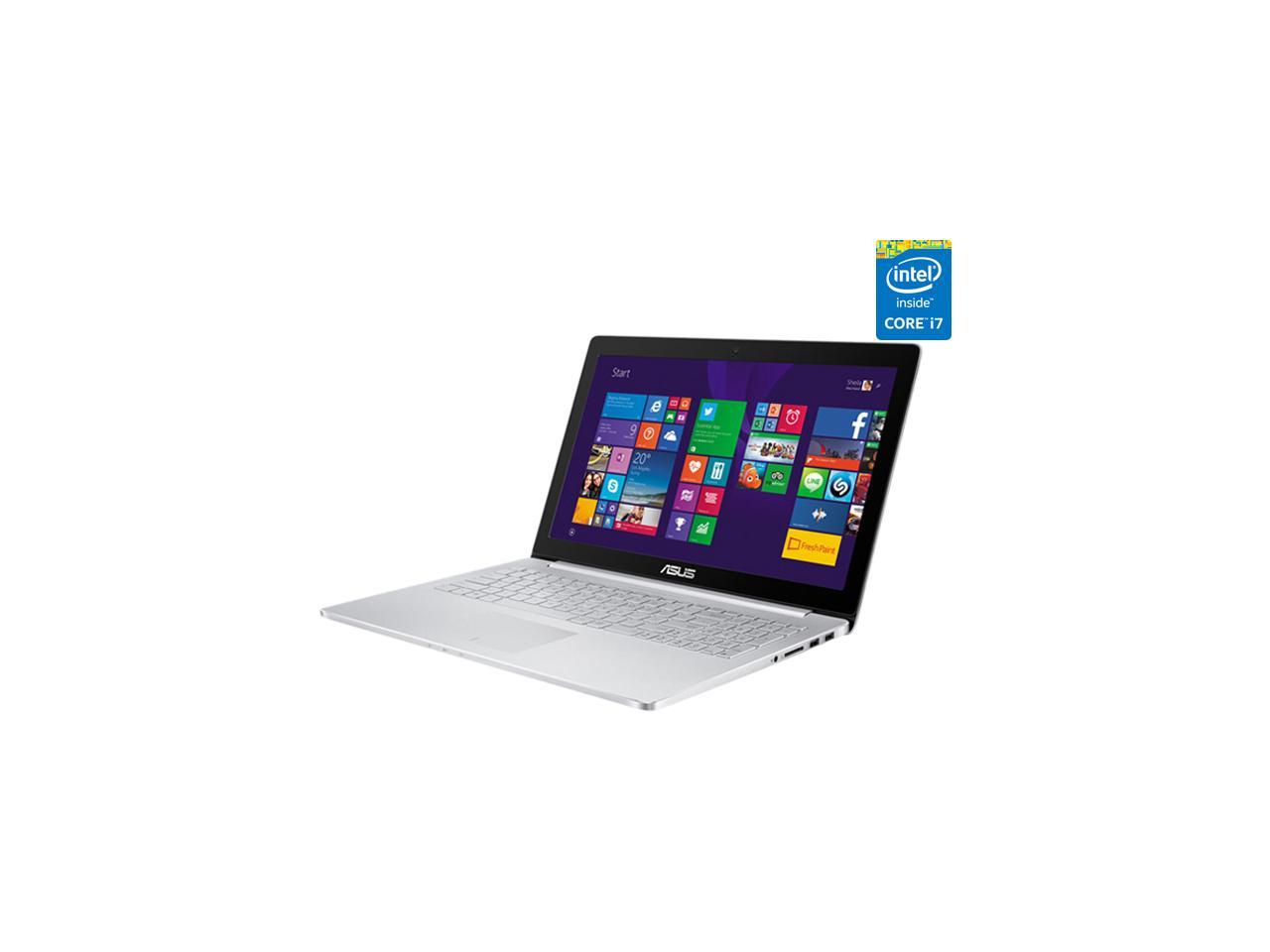 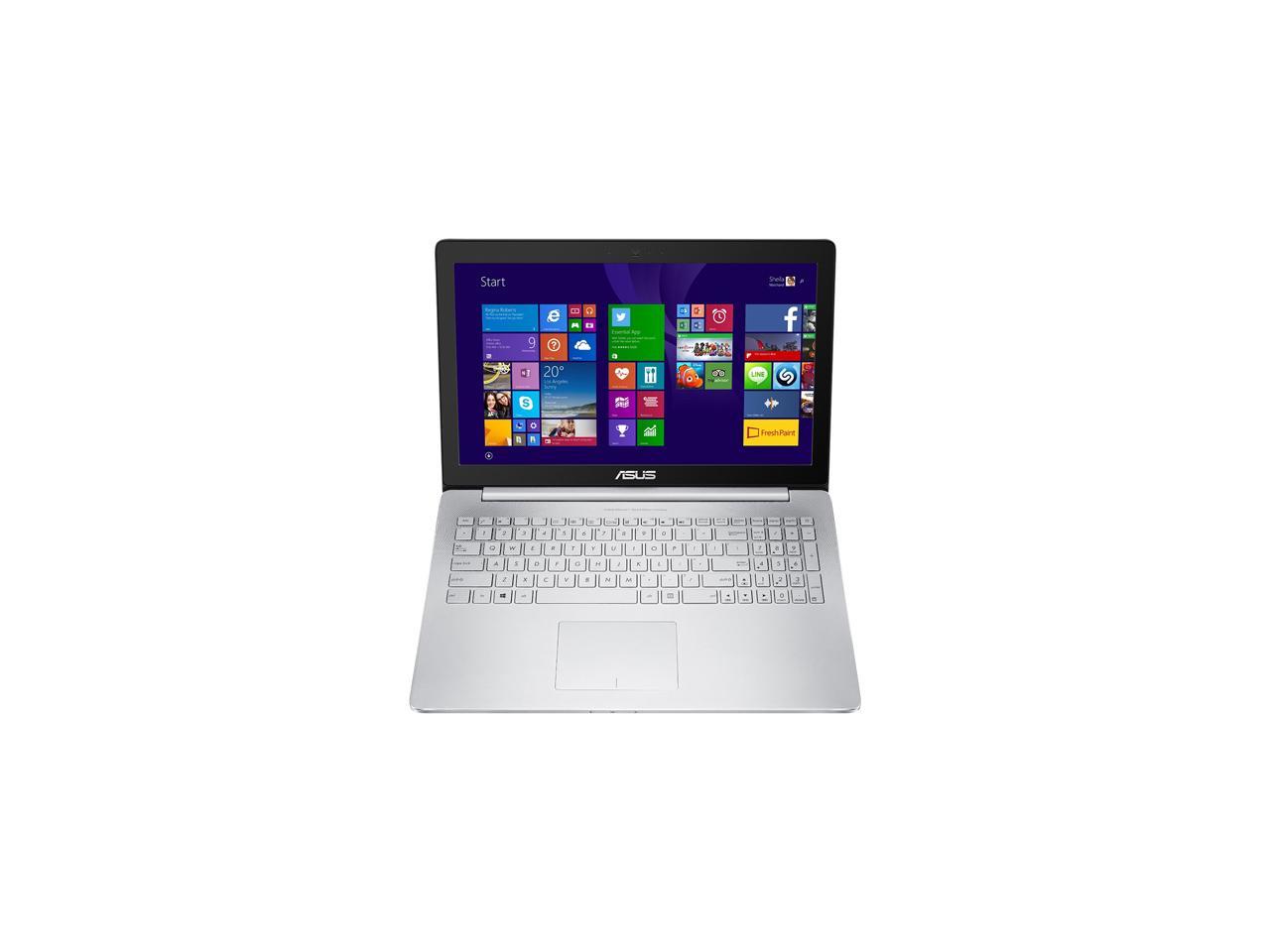 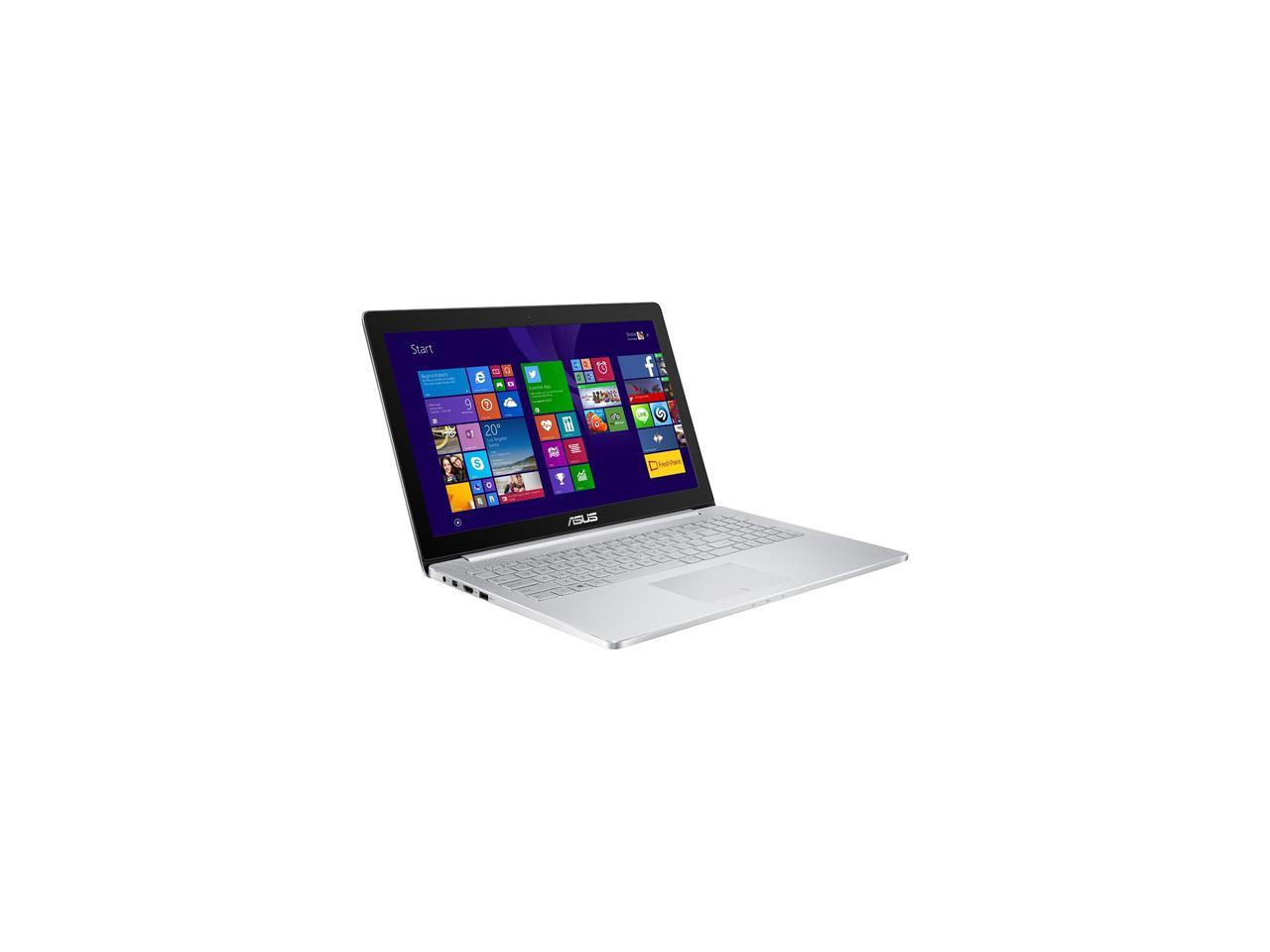 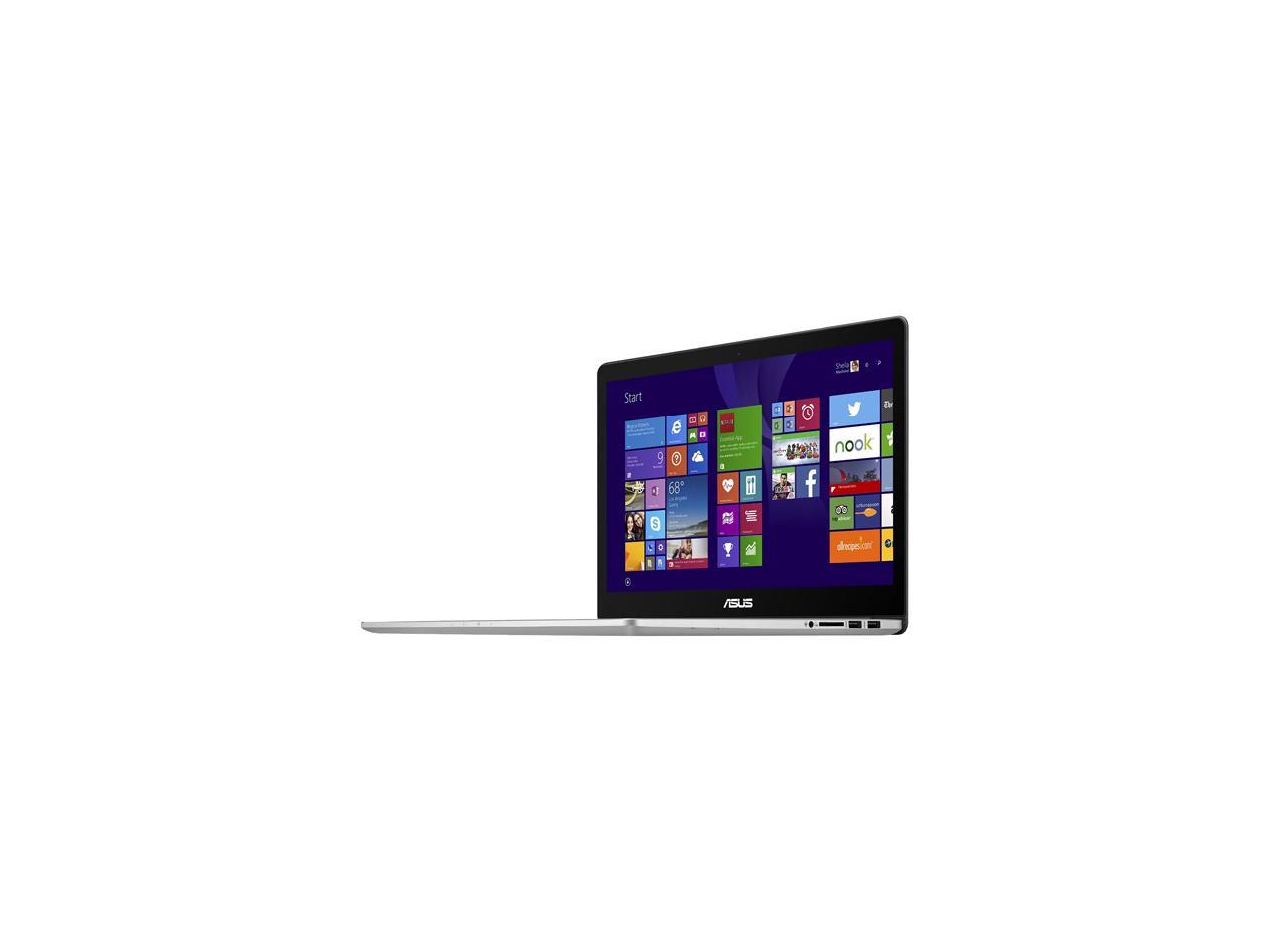 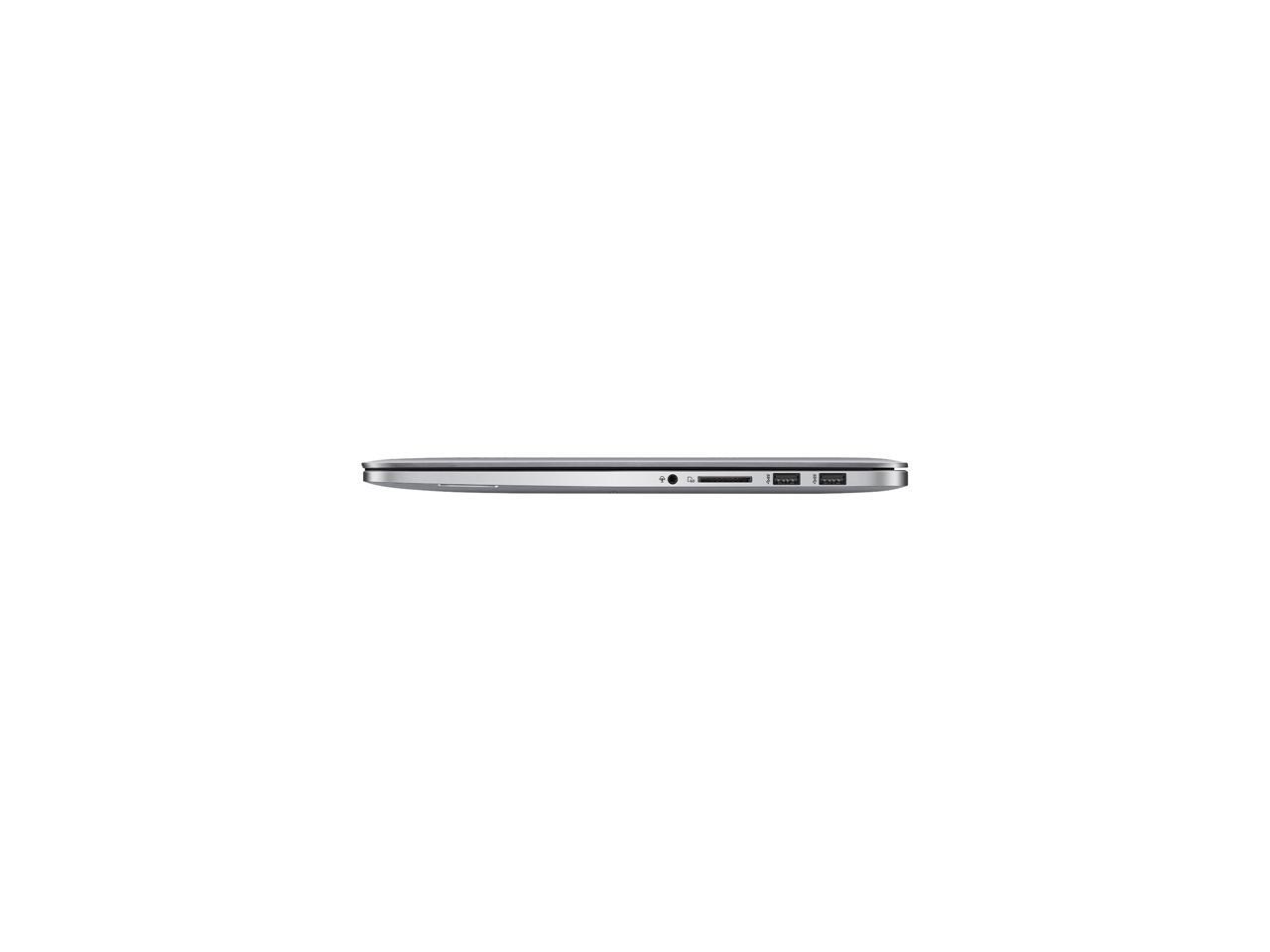 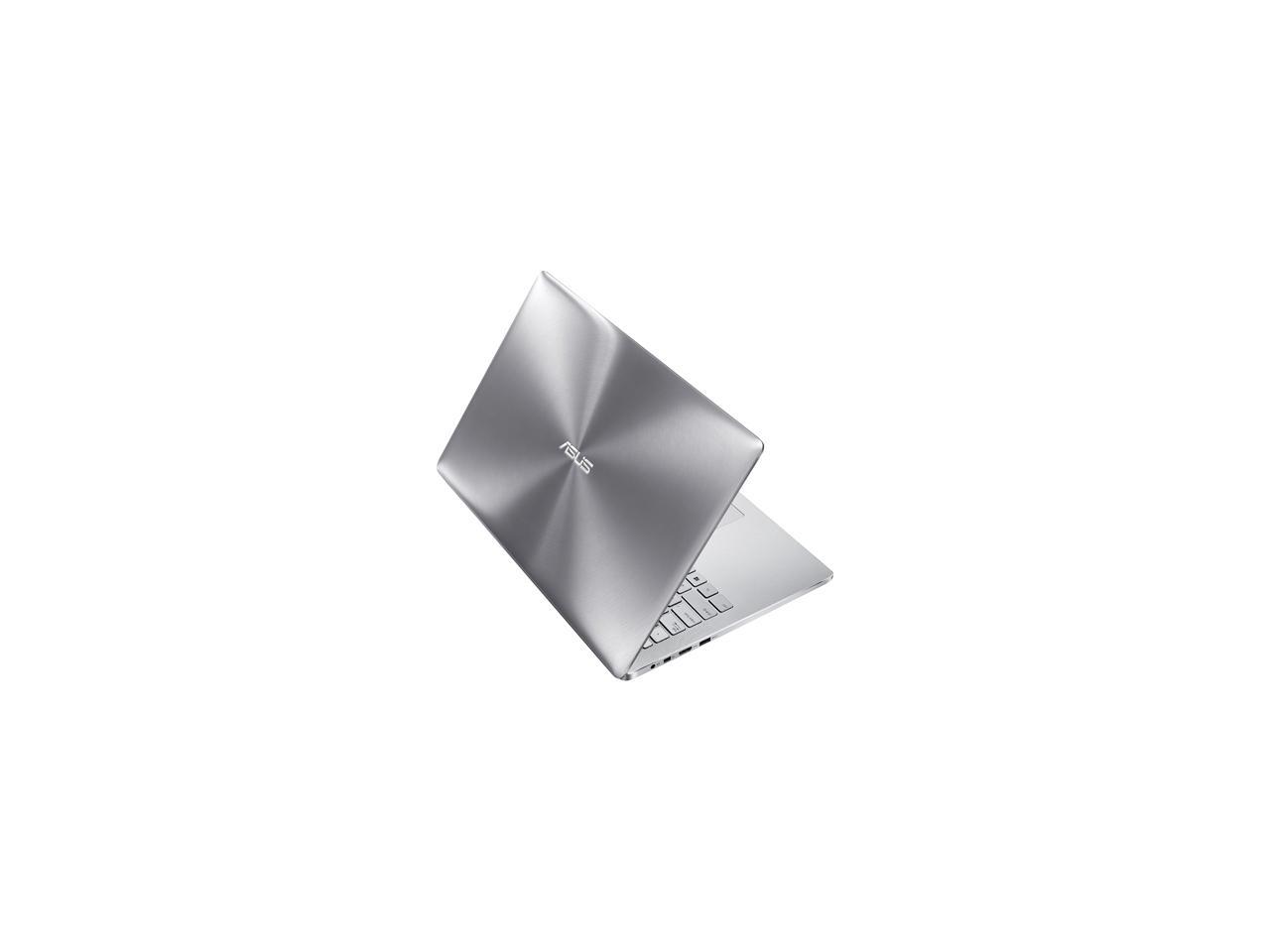 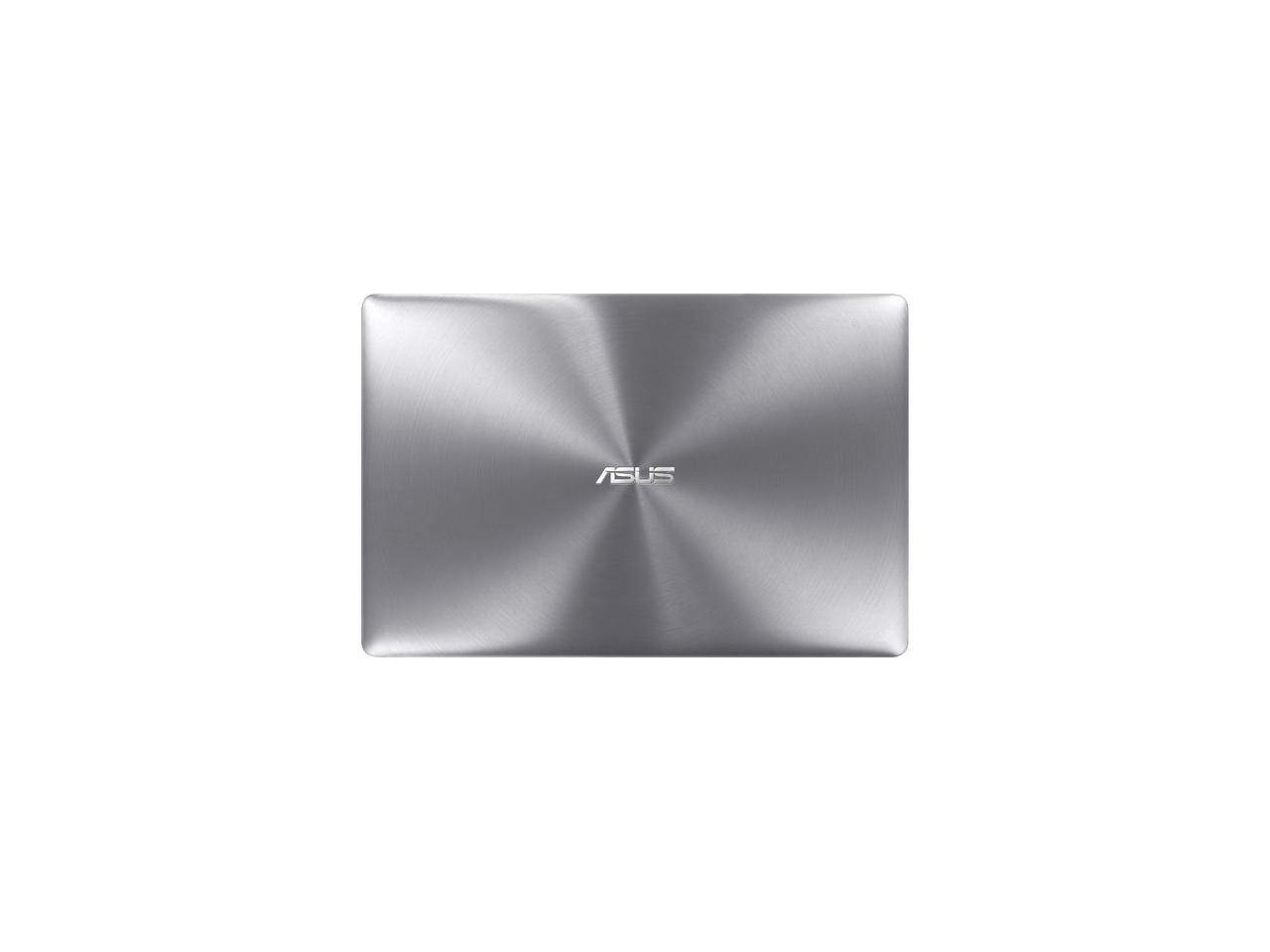 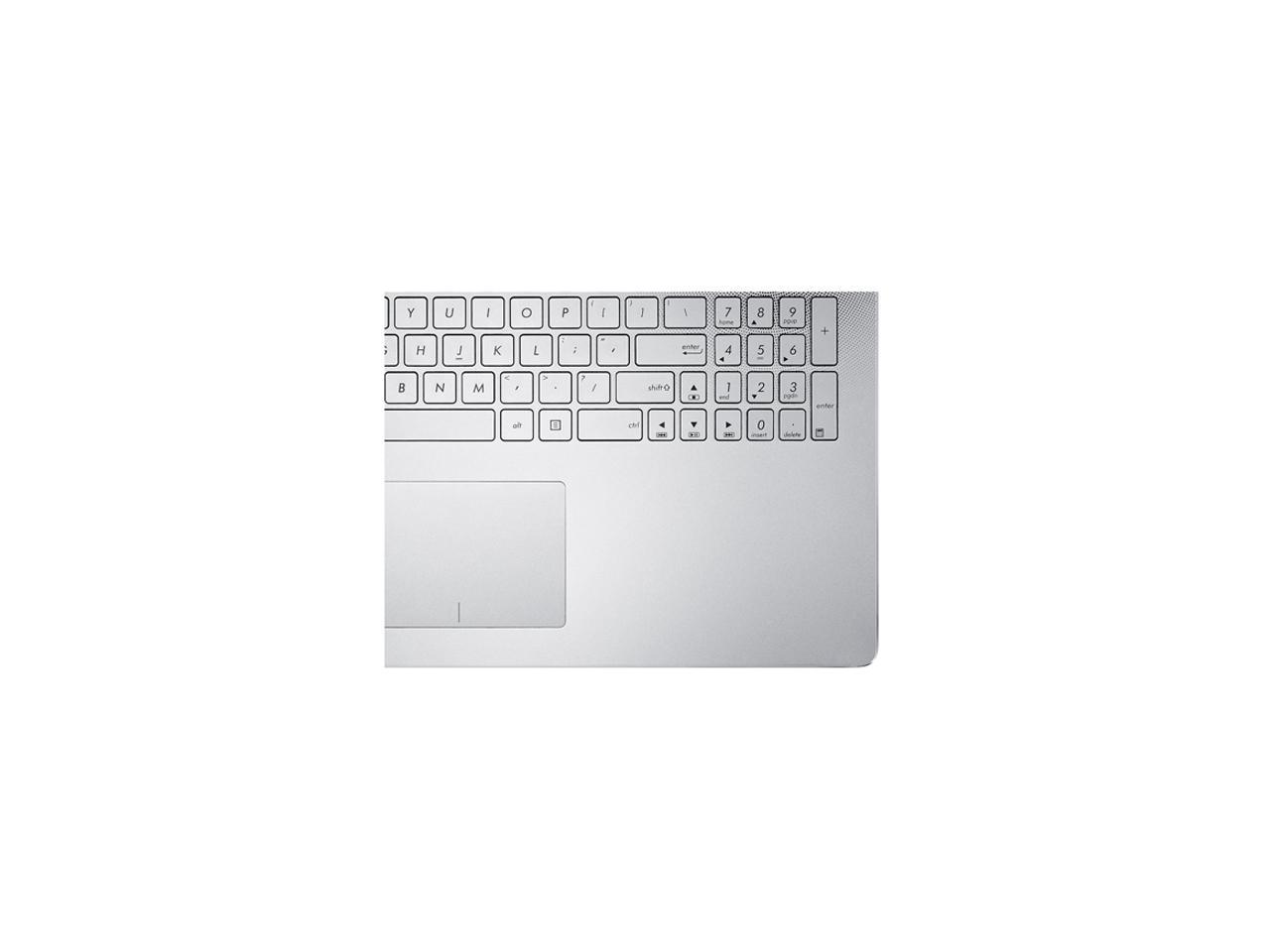 Learn more about the ASUS UX501JW-DS71T

Pros: Beautiful case Relatively light for a 15" laptop with a 4K glass screen

Overall Review: I bought this laptop for Autocad rendering because I wanted something super fast. First off, DO NOT buy this machine (or any other 4K laptop) if you are looking for a fast laptop for rendering. The 4K screen may be good for gaming, etc., but it took almost 3 times as long to render as my 3 year old ASUS laptop. The more pixels,the more rendering time needed. I also wanted a touch screen, but the glass screen was so reflective that I just couldn't take it. All I could see was my reflection and I just don't love it enough to stare at it all day! The keyboard was disappointing. The light leak from around the lighted keys was so strong, it messed with the contrast on the keys so I found that I had to just disable it. I researched laptops for months (to my families annoyance) and was so disappointed when I received it that I returned it within one week. Just had to cut my losses while I still could.

Manufacturer Response:
Dear Lesley, Thank you for the positive comment that you have provided. I'm sorry if the laptop didn't meet your computing needs and need to be returned back to NewEgg. Although the unit has the performance needed, you may not benefit from it if legacy software are being used that requires older technology. I certainly understand your dissatisfaction with the keyboard and the glossy screen. Should you need further assistance with the product, please email me at cl-rodel@asus.com and write down service# N150572923 on the subject line. Thank you for choosing an ASUS product. Regards, Rodel ASUS Customer Loyalty
Roger R.
Ownership: 1 month to 1 year
Verified Owner
Good overall; bad color9/11/2015 3:28:48 PM

Pros: Runs good. Color is off in some programs, such as Photoshop. Upgraded to win 10 with no problems.

Cons: Outside of the color, there is the usual stuff preinstalled, but that can be dealt with rather easily.

Cons: Oh boy...where to begin? This laptop has caused me nothing but grief since I received it. First thing I noticed is how bad the light bleeds through the screen. If there is a dark image on the screen, you will see nothing but light coming from the side. It's distracting. Additionally, the make of hte model isn't even well done. The exterior BENDS when you hit the middle keys on the keyboard (g,h,t, etc.) and the shift button on the right is entirely too small. The trackpad just feels amateurish, and two finger scrolling is a pain. The preinstalled bloatware is frustrating. I received multiple ASUS pop ups that were not designed for 4K. So here you are, brand new laptop, and the quality control from ASUS is clearly quite low...what makes you think the rest of the laptop is any different? Not to mention for such a strong machine (i7, 16GB ram, 512 PCIE SSD) it has such a struggle dealing with all the preinstalled software (WildTangent and other spyware). Last but certainly not least, the unit itself is broken. The machine would slow down to a CRAWL trying to just scroll through a website or PDF. ASUS claims that this is for professionals, but which professional would want a unit where opening a PDF blasts the fans and renders black textures as it tries to scroll through a website? I tried everything, disabling integrated, disabling the discrete GPU, running the program ONLY on the discrete GPU, power saver mode, etc., nothing worked to make this machine faster. The computer could not keep up scrolling through a webpage. Remember the old iPhones how if you scrolled too fast it would still be rendering the bottom of the page? This machine does that, but worse. Black texture blobs are everywhere, and you're wondering "Why is my machine doing this?". Opening a folder would take 4+ (!) seconds on an SSD. How is that possible? Snapping a window would halt the machine and freeze as it'd try to rerender the desktop, not even showing the Aero animations, clearly struggling doing basic tasks. Word 2013 was apparently the graphical benchmark for this machine. The product isn't even the worst part, despite being clearly broken; the company is even worse. Trying to talk to support gives me two options: Deal with broken Korean -> English Google Translate translations ("logining in") or try to attempt to bring my machine to Atlanta (I do not live anywhere near there) to try and service it. No thanks, I'll get my money back and stick with Apple.

Overall Review: This is the second ASUS product that I've received that was clearly broken or passed QA when it shouldn't have. My first ASUS product was a monitor that was DOA. I am done with this broken company and their inability to release a product or product line that receives more than just the bare minimum attention. Let me know when they stop selling 100+ items at once and want to actually compete with Apple.

Manufacturer Response:
Dear Matthew, All ASUS products undergo intensive quality control testing and inspections. I'm sorry if you are dissatisfied with some of the features of the laptop. It so unfortunately receiving 2 units with problems. The pre-installed software are popular applications that most users may use but this are not needed, you can always uninstall these. If you need further assistance with the product, please email me at cl-rodel@asus.com and write down service# N150575678 on the subject line. Thank you for choosing an ASUS product. Regards, Rodel ASUS Customer Loyalty
merritt s.
Ownership: 1 month to 1 year
Verified Owner
Awesome8/29/2015 7:50:46 AM

Pros: Fastest computer I have ever owned. Without doubt this machine was built to impress. The quality of construction, the speed it turns on and executes commands, never seen anything like it. I did not buy an apple product as this is for work purposes and apple is not as easily compatible so I wanted the best reasonable priced laptop that IT could help me with if there was an issue working remotely. After this, I would never look back at anything else. It is at the upper end of the price range if not getting something more custom but well worth it. I have this hooked up to a docking station so I cannot comment on the touchscreen but it has performed like a dream.

Cons: The only cons I have are not with the laptop but rather the software I have added by upgrading to windows 10. It has been a disaster since the other programs are not compatible. I upgraded to windows 10 and now none of the driver cd's that came with older things like my wireless printer work. So if you insert a cd/dvd (external drive is optional purchase as this laptop does not have an optical drive) that doesn't have windows 10 drivers, the computer wont even try to load them on. You have to go online to all the manufacturers websites and download the windows 10 drivers but again, that is not a reflection on the laptop but rather microsoft.

Overall Review: I would say this laptop is probably more power then a regular user needs but if you dont care about the price and all you want is speed (which is me), then it is well worth every penny. I am not a "gamer" so I cant comment on video graphics processor but normal use works perfect. To be able to press the power button and be working remotely in less then a minute is really awesome!