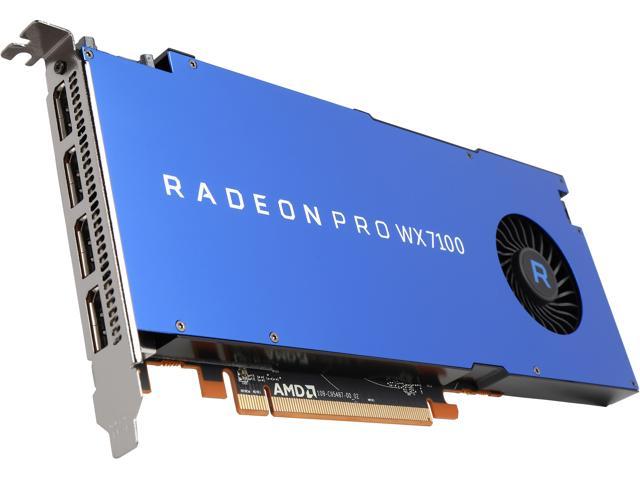 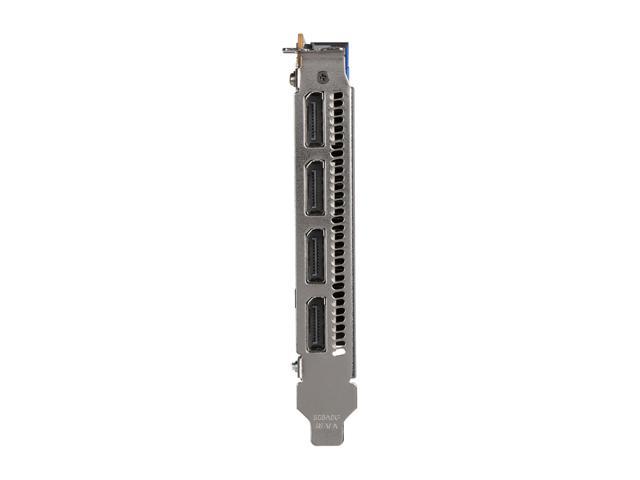 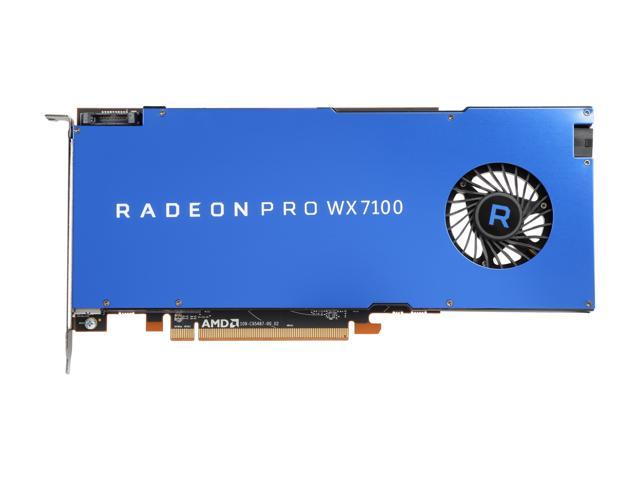 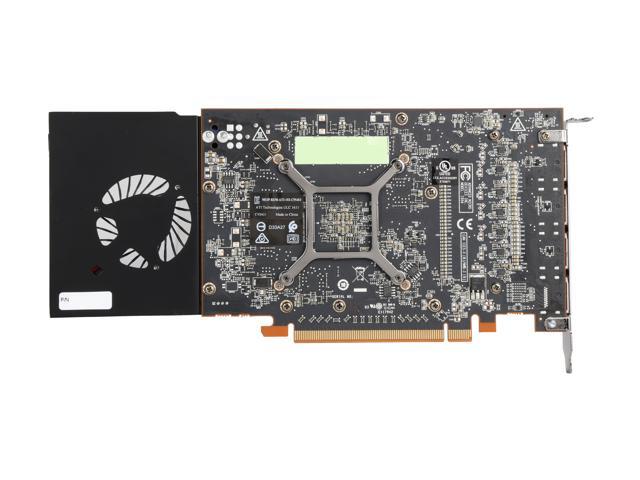 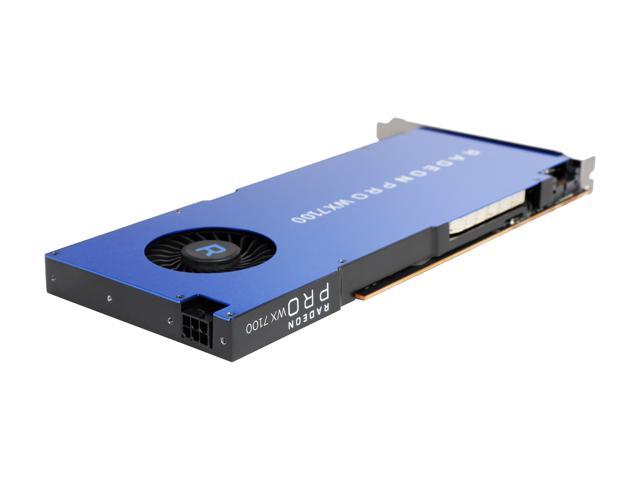 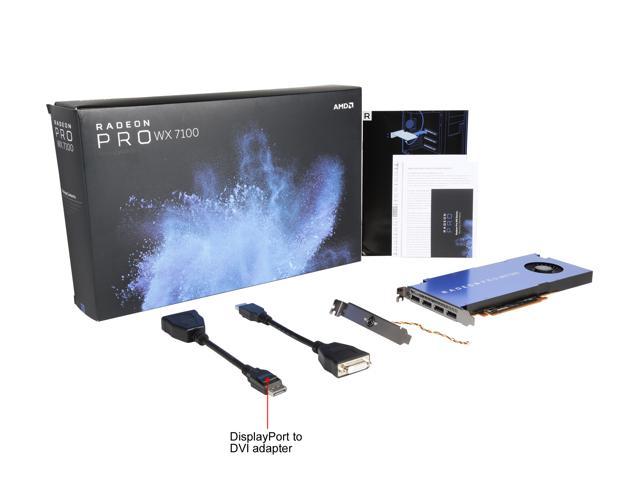 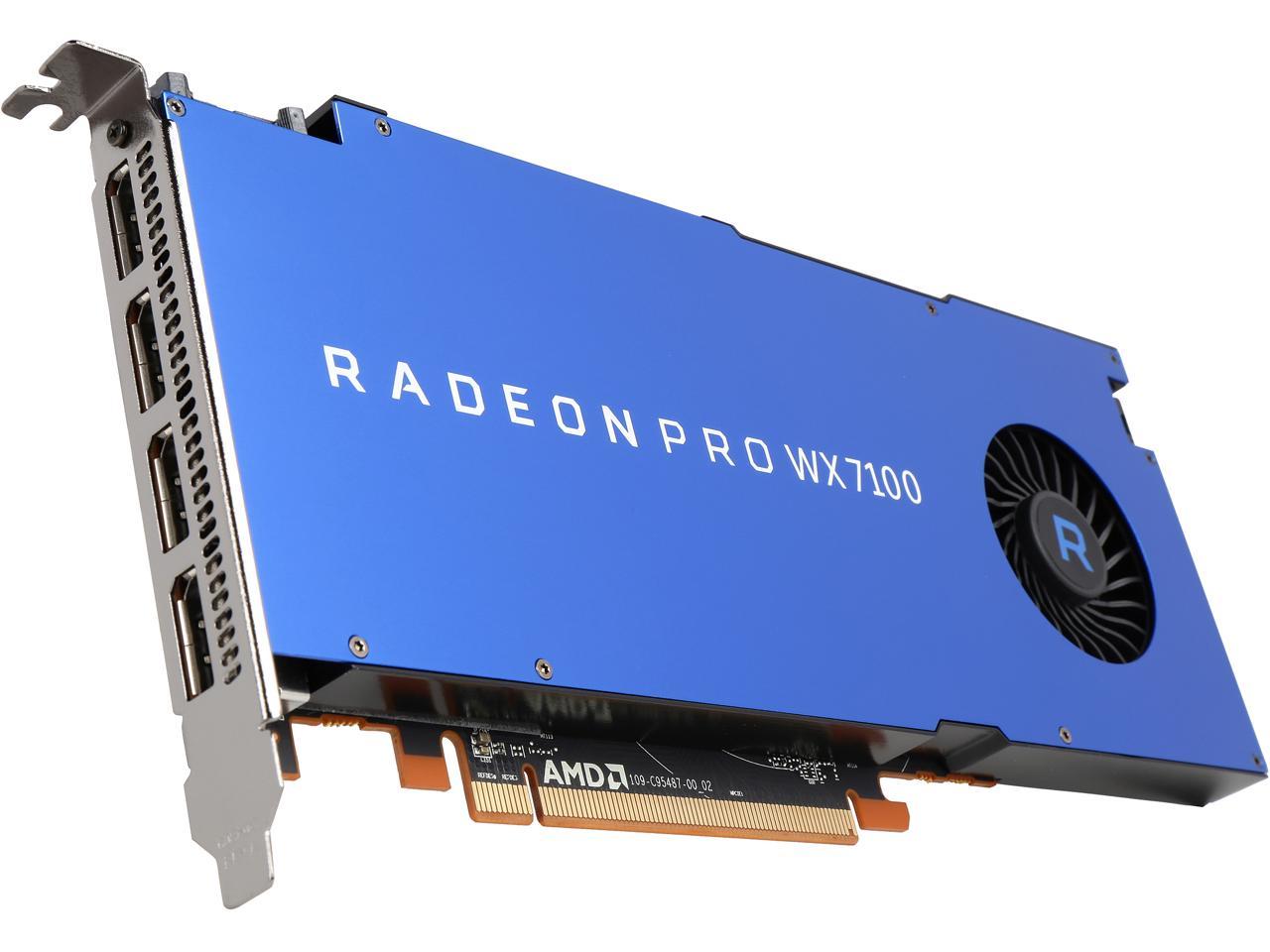 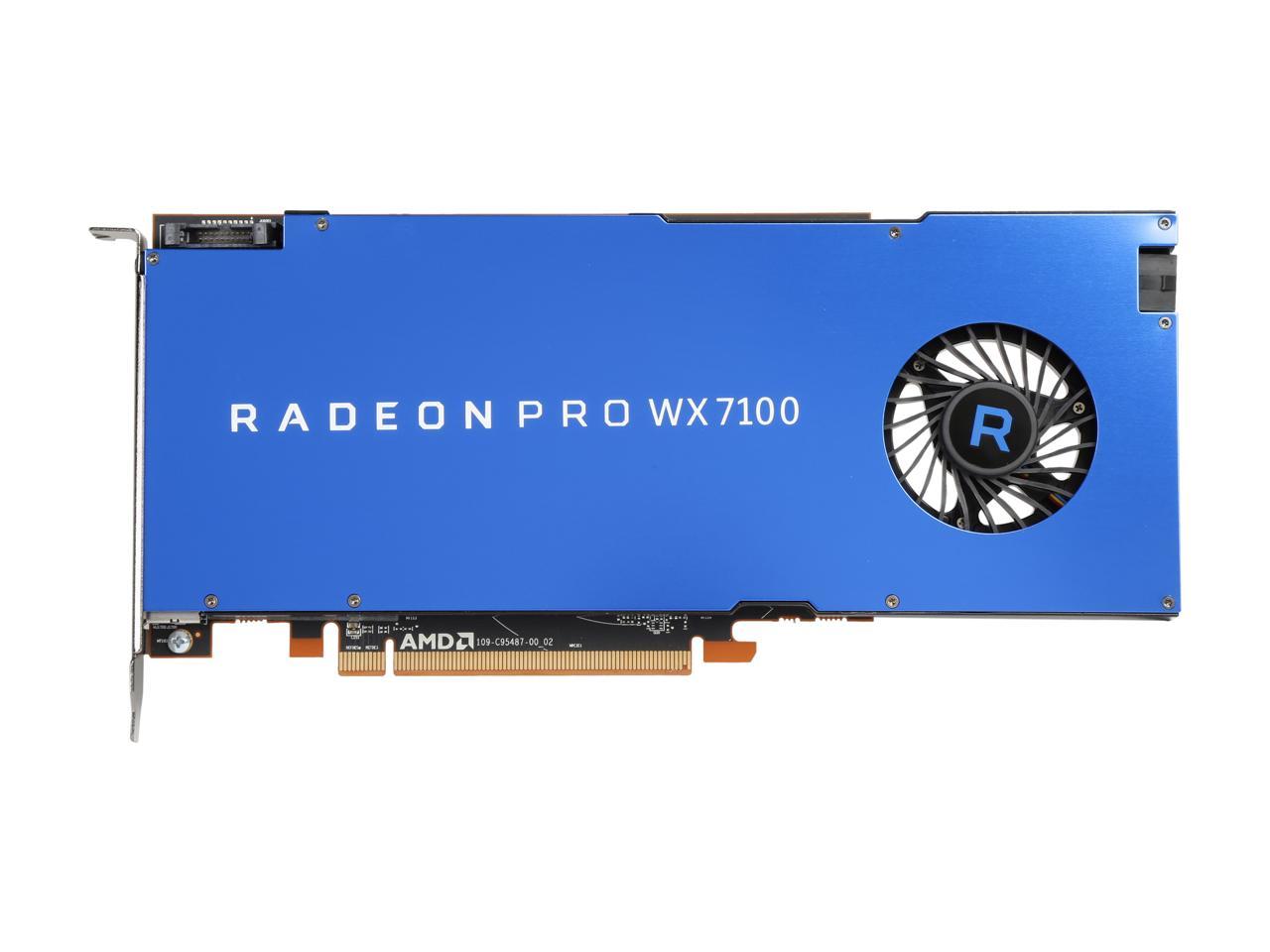 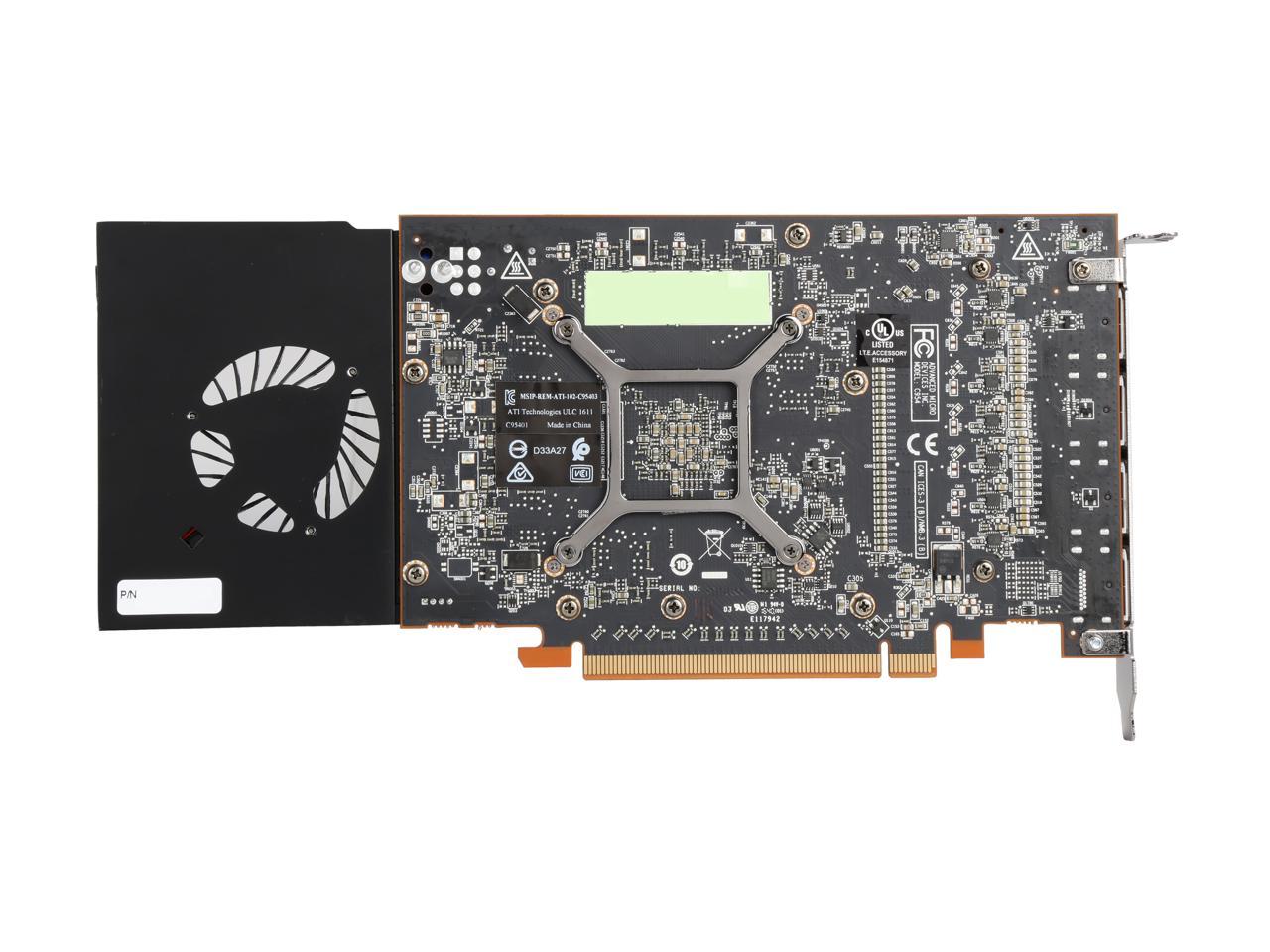 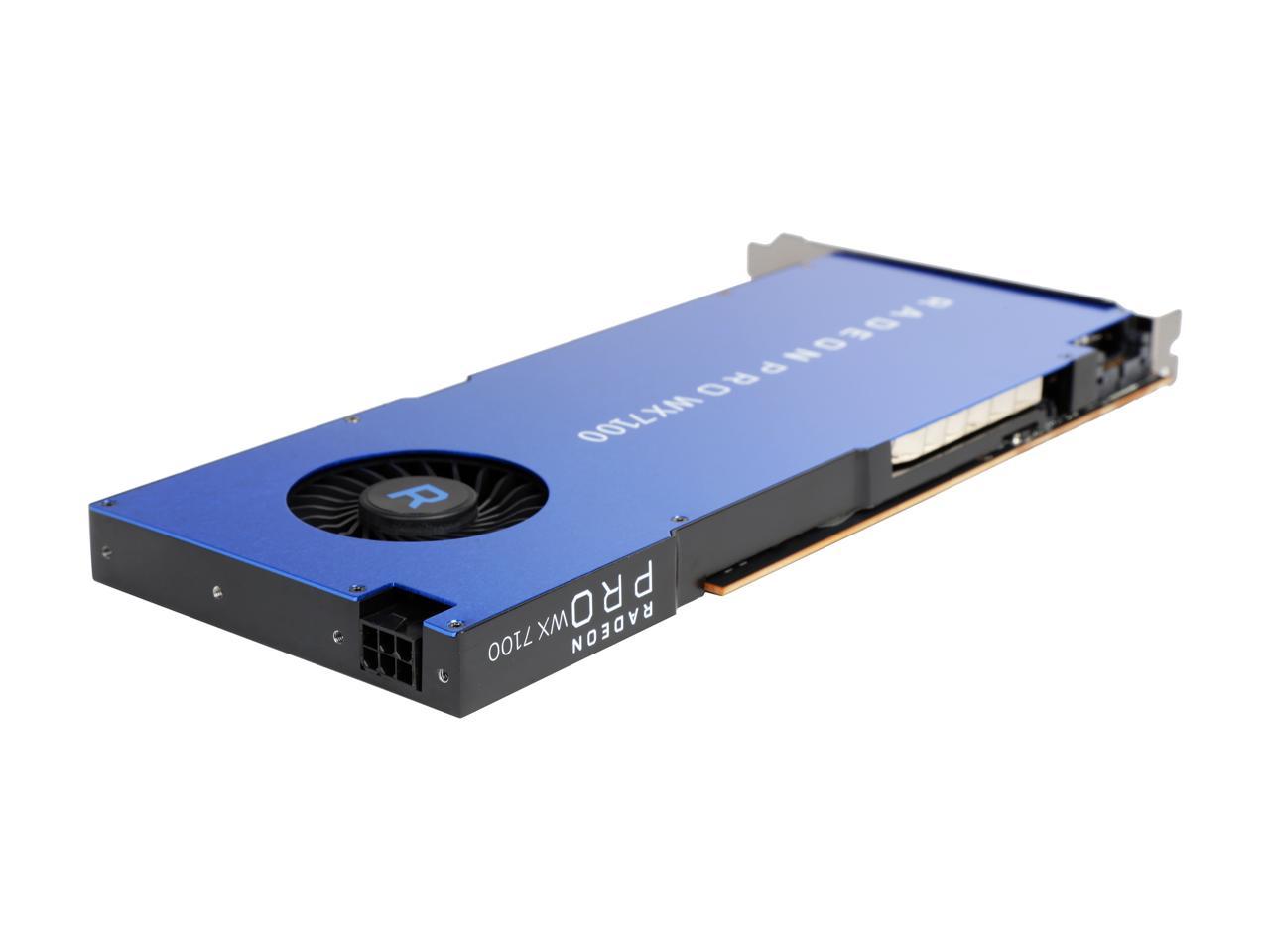 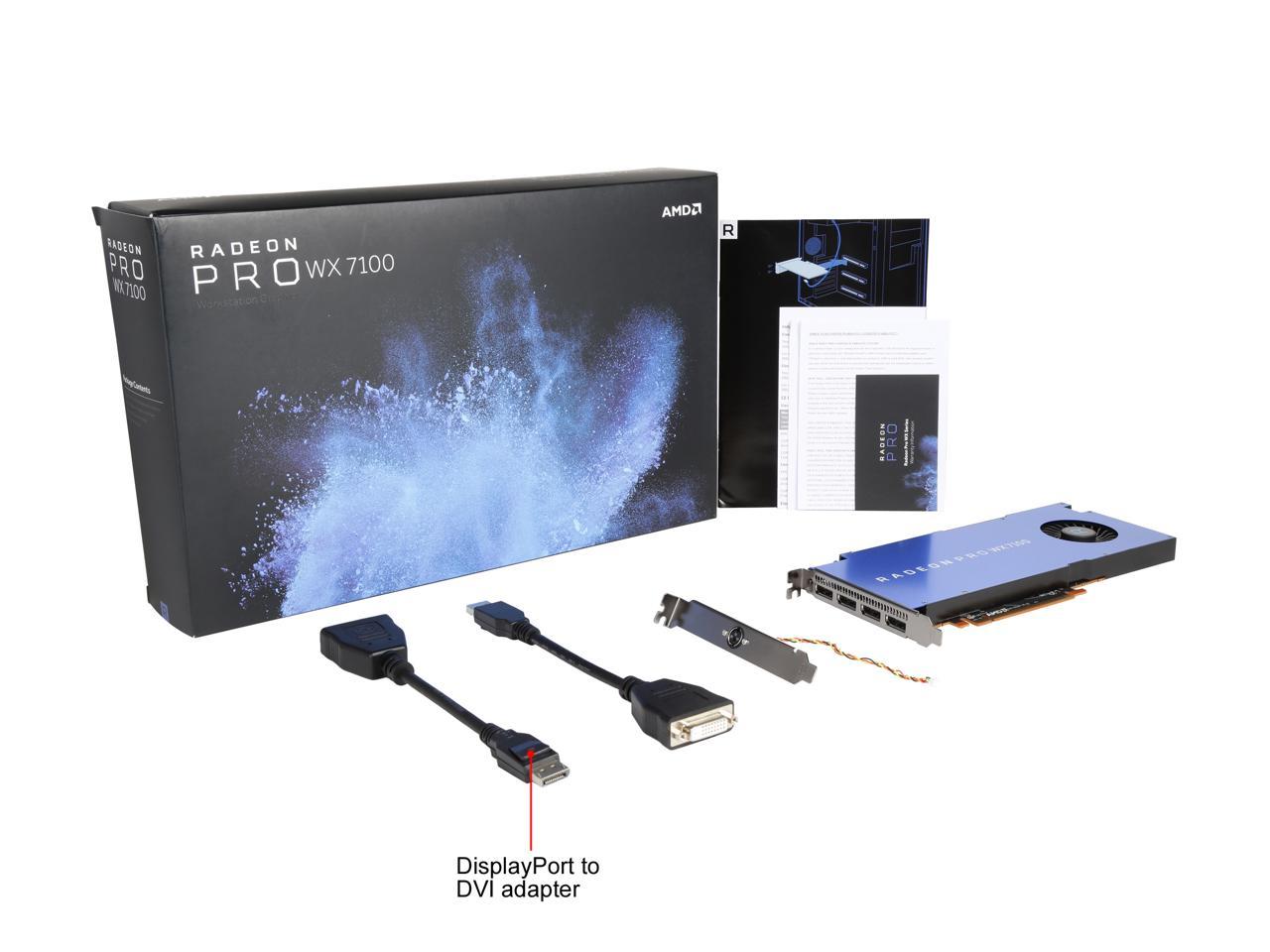 Pros: I do distributed computing (Science, Medicine, math,etc.). When I logged in to Einstein@home the site recognized the GPU within 1 minute and it was chugging away within another minute. No adjustments or fiddling around, it just went to work and very productively.

Cons: Not every site likes AMD chipsets. I tried to get this GPU to work on folding@home. Seemingly it can be done, but only if you're a tech guru, which I'm not.

Overall Review: I don't game at all, but as long as you are assured that your work is compatible with AMD chips, this GPU is a great value for the price.

Cons: The only thing that matters: Software, especially on Linux Managed to get ProRender working after four or five days on Linux. Works in Windows 10 but I rarely use it there.

Overall Review: I was pretty upset for the first few days, but things have changed. Eventually managed to get (most) software to work after considerable time and effort. I also have to replace the PSU. The 650W that I currently have works flawlessly in Linux, but as soon as you go into Windows, intermittent freezing and blue screens occur. Ryzen 7 1700X ASRock AM4 ProM 16 GB RAM (2400 currently) Samsung 256GB NVME drive

Pros: -Beautiful build quality -Single slot cooler for PCs with multiple PCI boards -Handles up to 6 DP monitors if you have 2 splitter cables -DP to HDMI and DVI adapters in the box -Certified support for Solidworks, cheaper than Quadro. WX5100 is "recommended" for high end assemblies, so this should be overkill. -Works out of the box in Ubuntu 18.04 LTS right after release, but no "Pro" drivers from AMD for that release yet. -AMD showing great momentum in open source driver support, rendering and ML ecosystem. Complete opposite of Team Green.

Cons: -Linux amdgpu-pro drivers on Linux seem to be orphaned now, and amdgpu (open source) is still a work in progress. Hopefully in the next 12 months or so the bugs (and Freesync support) will be worked out. -Don't expect gaming card-like thermal performance out of this slim cooler.

Overall Review: Consider the WX5100 (cut down Polaris) to save some space or cash.

Cons: A real bear to get setup the way I like my rig. Lots of toggles to flip.

Overall Review: Don't give up on setup, if you are patient and keep trying, you should eventually get it set up on your rig

Pros: - Runs SolidWorks (2017 SP5.0) like butter. Have been using nVidia GPUs since 2004 (AutoCAD and SolidWorks) and for the price this is an excellent card. - The last card I was using under the current set-up was a Quadro K4000, which was completely anemic compared to the Radeon Pro WX 7100. Once the system had the GPU switched from K4000 to WX 7100, the user experience was a night and day - smoothness in model rotation/manipulation and load times; see SolidWorks' benchmark performance numbers below. - Price was the main reason I decided to try AMD's line of workstation GPUs, and so far I am really happy.

Cons: (UPDATE: 2018-11-18) It turns out that all the graphical and performance issues I was having was due to the WX 7100 and not the drivers. I don't know if AMD produced a bad GPU or Newegg warranty replacement gave me somebody else's "refurbished" WX 7100, but regardless the product failed. The issue really came about as I decided to re-installing Windows 10 to have a clean go and see if that would clear up the issues. And that is when I determined that the culprit was the GPU: - Re-installed Windows 10 Pro five times. Four times trying out 1803 and 1809 releases and different Radeon Pro drivers. Fifth time was with an old nVidia Quadro K4000 GPU, suddenly no issues. - Tried different Display Port cables, while switch to different monitors to eliminated monitor and cable issues. - Ended up buying an nVidia Quadro P2000 to hold me over until I can process the AMD Radeon Pro through warranty. Earlier this year (in May of 2018) I contacted AMD's customer services. All they told me was to use DDU for a clean driver install and when that did not work, they told me to wait for a new driver release. A nearly $800 product (when bought new) and this is what you get for customer support. Now, I just tried to claim warranty on AMD's own site and the warranty page returned a 'request error' after submitting the completed form. The 1-800 support number is useless for warranty claims as the automated recording tells you to go to AMD's site. AMD, this not how you build customer loyalty. Your product has cost me well over $2,000 dollars in my (troubleshooting) time and money. And I still have not been able to claim the warranty! (UPDATE: 2018-02-08) Installing SolidWorks 2018 SP01 and Radeon Pro driver 17q1 (17.10) instead of the latest 17q4 (17.30) resolved the graphical smearing issues. What specifically is causing the driver 17q4 to have issues in SolidWorks is unknown. (Original Post) - When using SolidWorks, there are graphical artifacts/smearing when creating or editing a model feature (only present when a model is in "Shaded" modes) and graphical smearing with planes when editing a feature with plane visibility ON only. (EDIT: 2018-01-27) - First card did not have any video output, initially made me think the motherboard was defective, thankfully it is a lot easier to change out a GPU than a motherboard. RMA took two weeks round trip without any hiccups.

Pros: For for work applications but also powerful enough to game on. 7 year warranty is one of the best in the industry. Good price and solid construction. Single slot solution and low power usage. 290/sols on Zcash with about 24.0 hash on Ethereum.

Cons: Card runs 95c+ temps under extended heavy loads on stock settings. Even running the fan 100% the card still hits around 85c to 90c+ To me these temperatures seem very hot and unreasonable for extended long term heavy use but maybe the wx7100 is designed to handle such head? I hope AMD upholds their warranty if this card burns out. .... Even at idle the card sits around 50c to 60c.

Cons: wish the memory could be a bit bigger. vray crashes when using openCL and reaching 8GB memory ceiling.