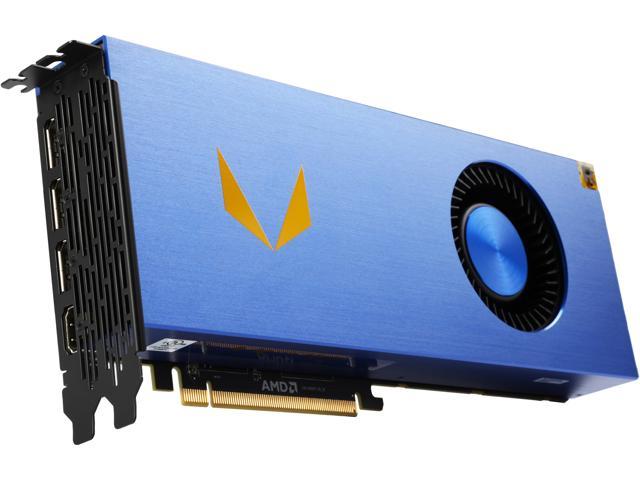 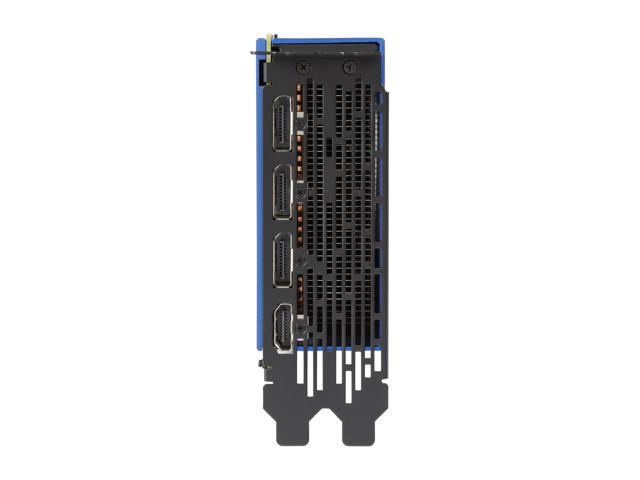 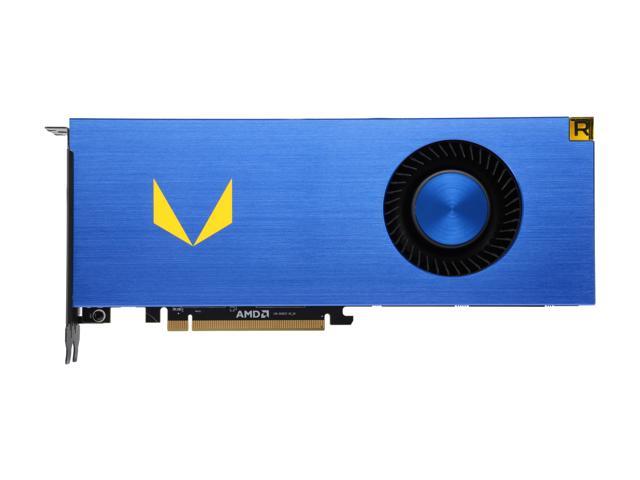 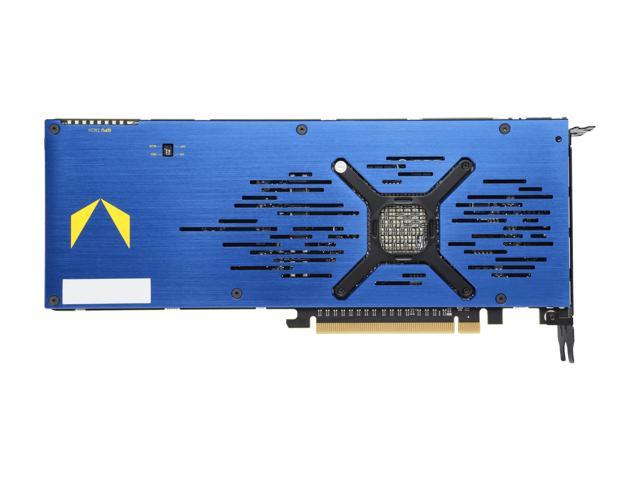 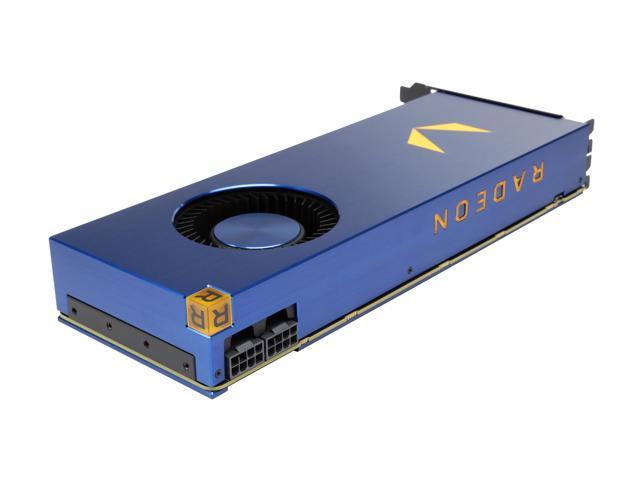 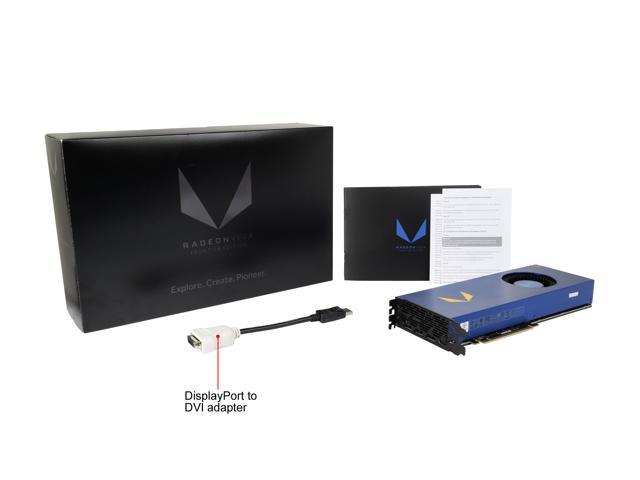 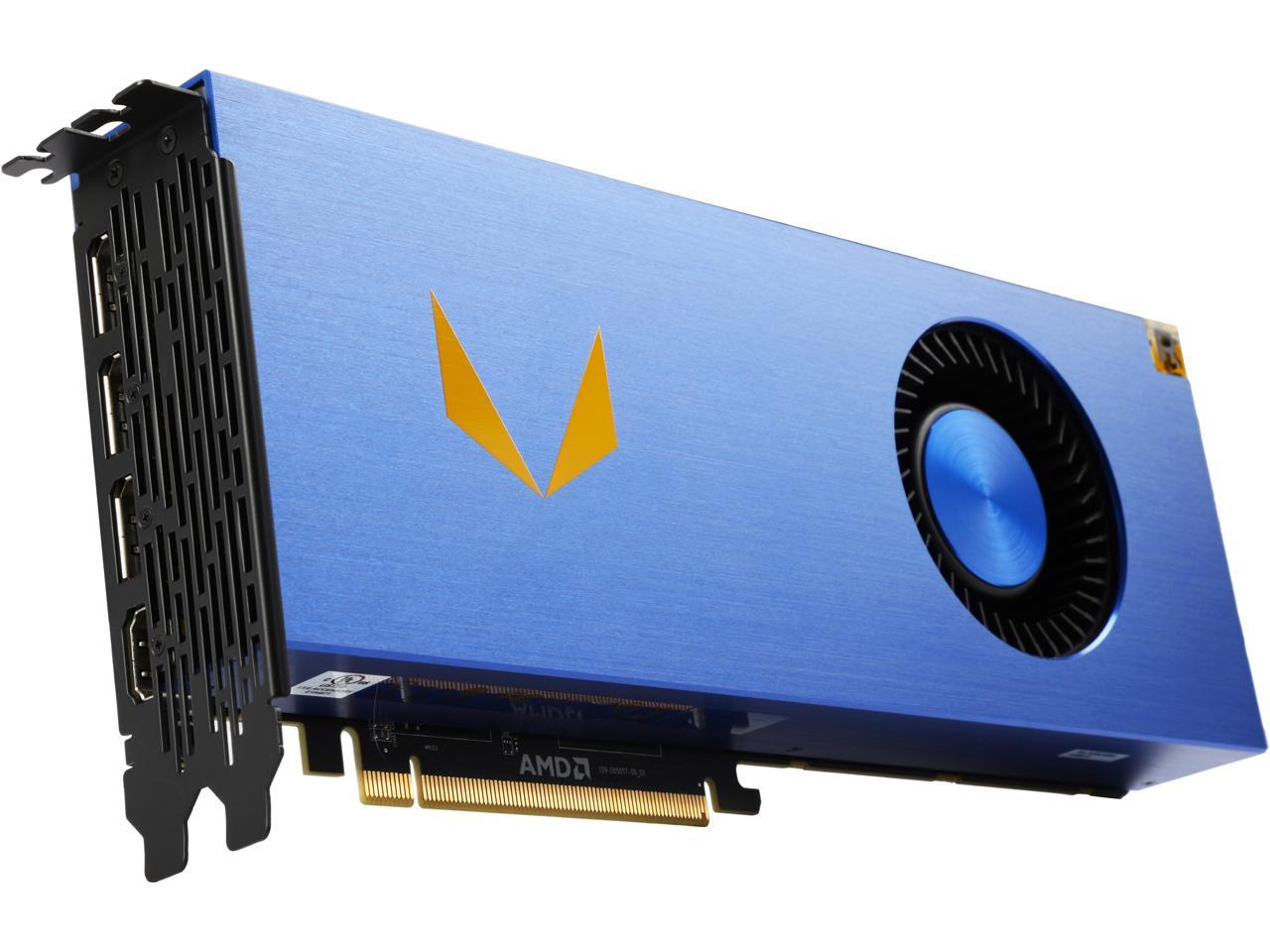 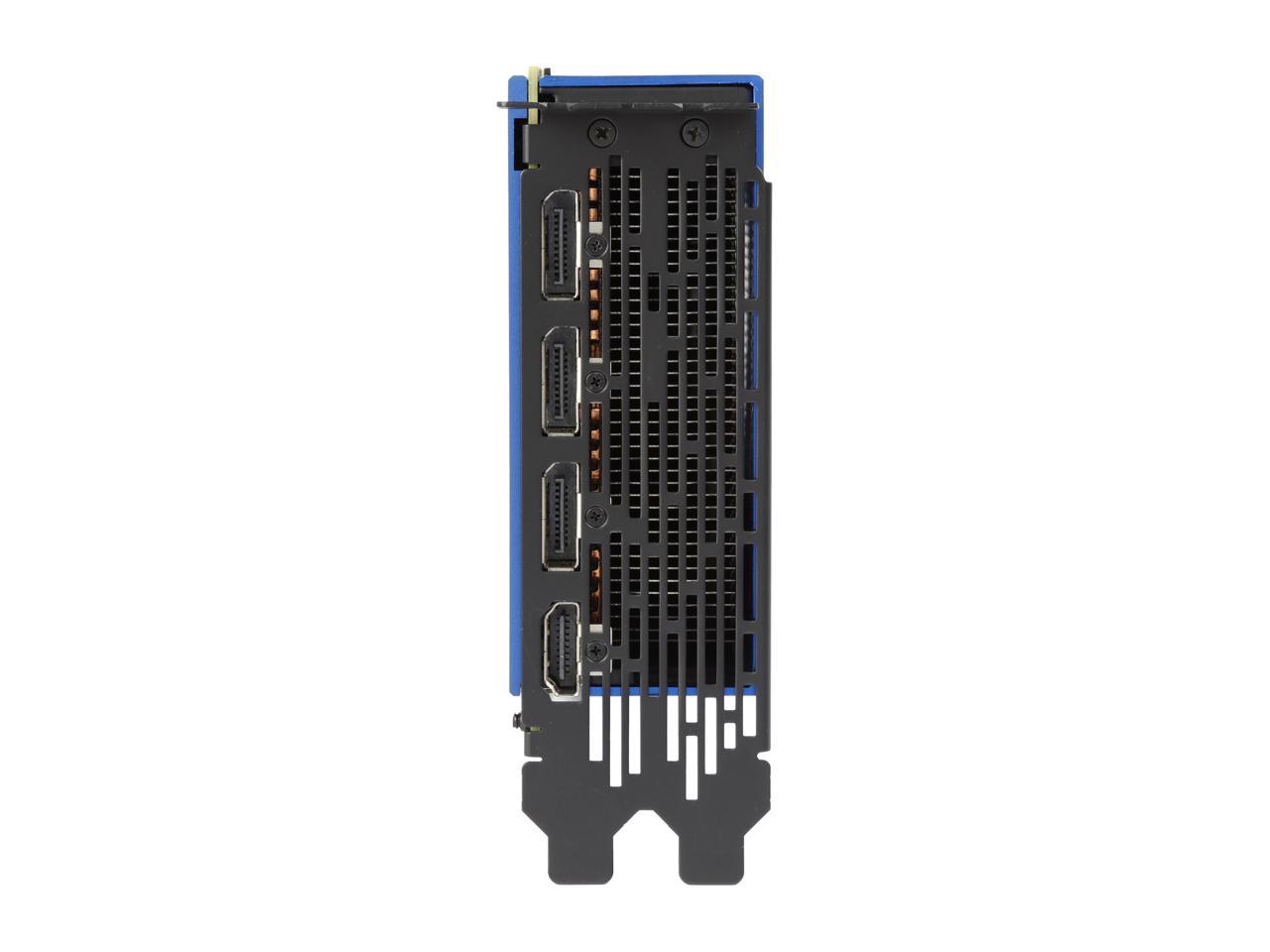 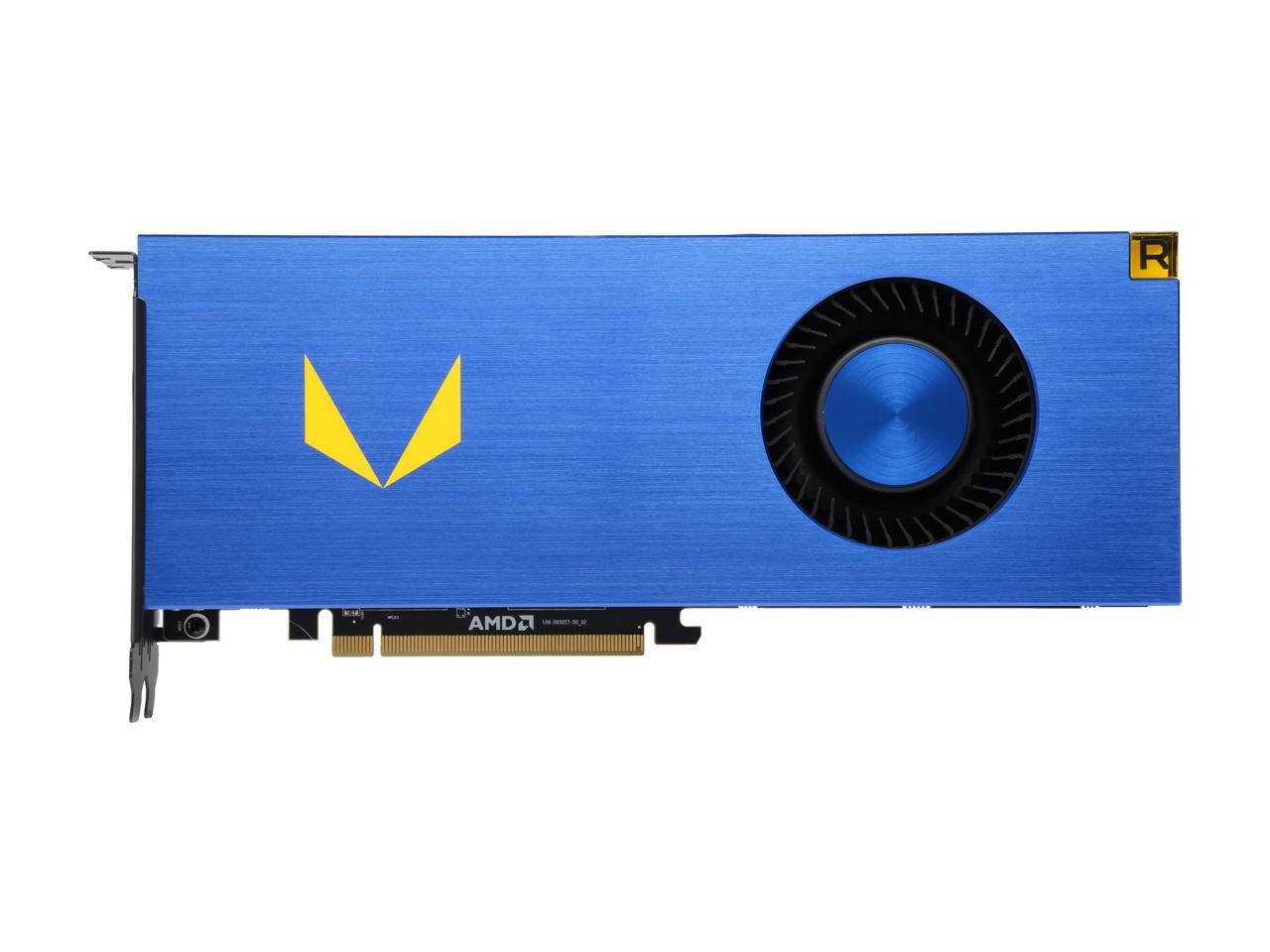 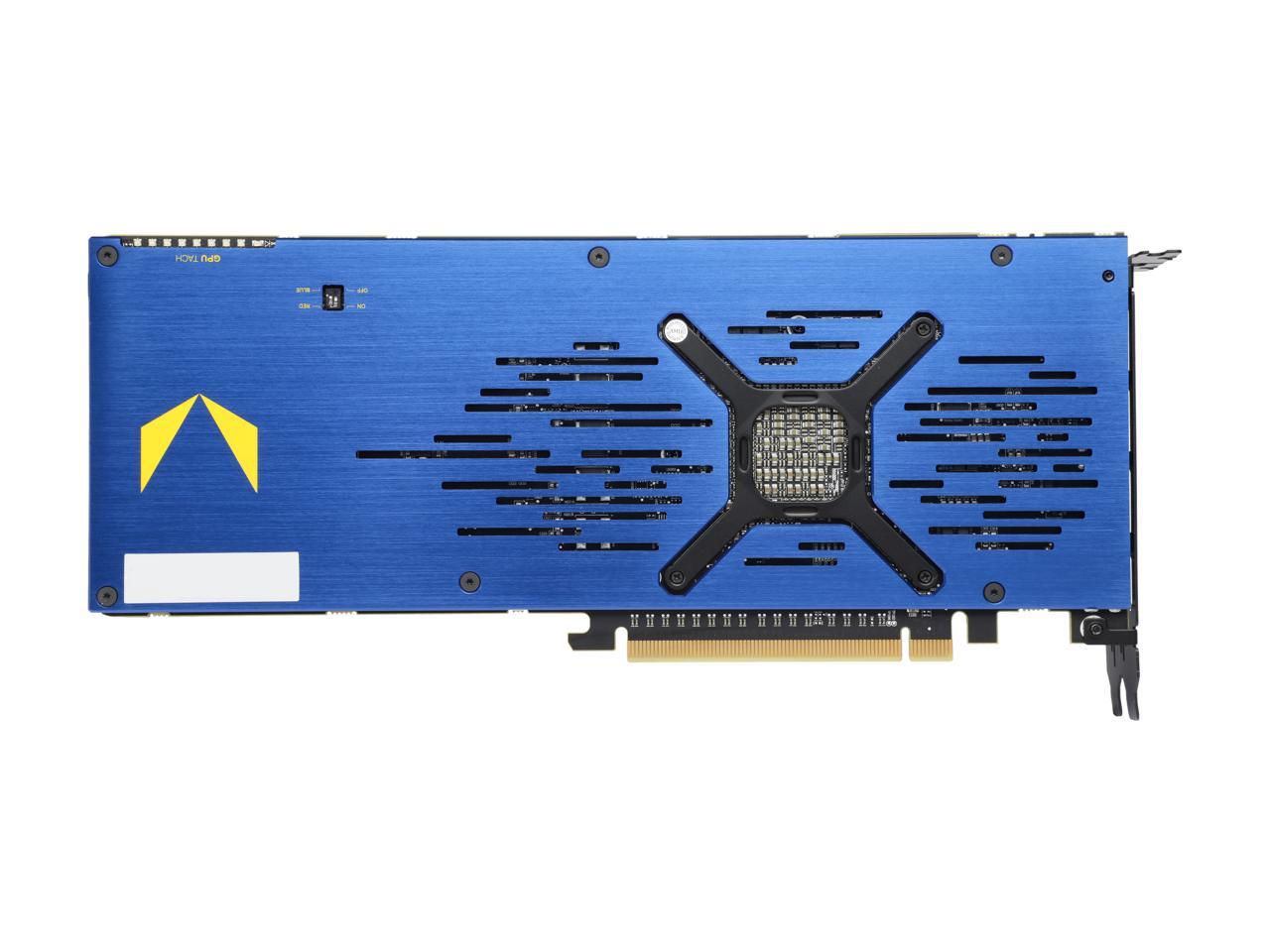 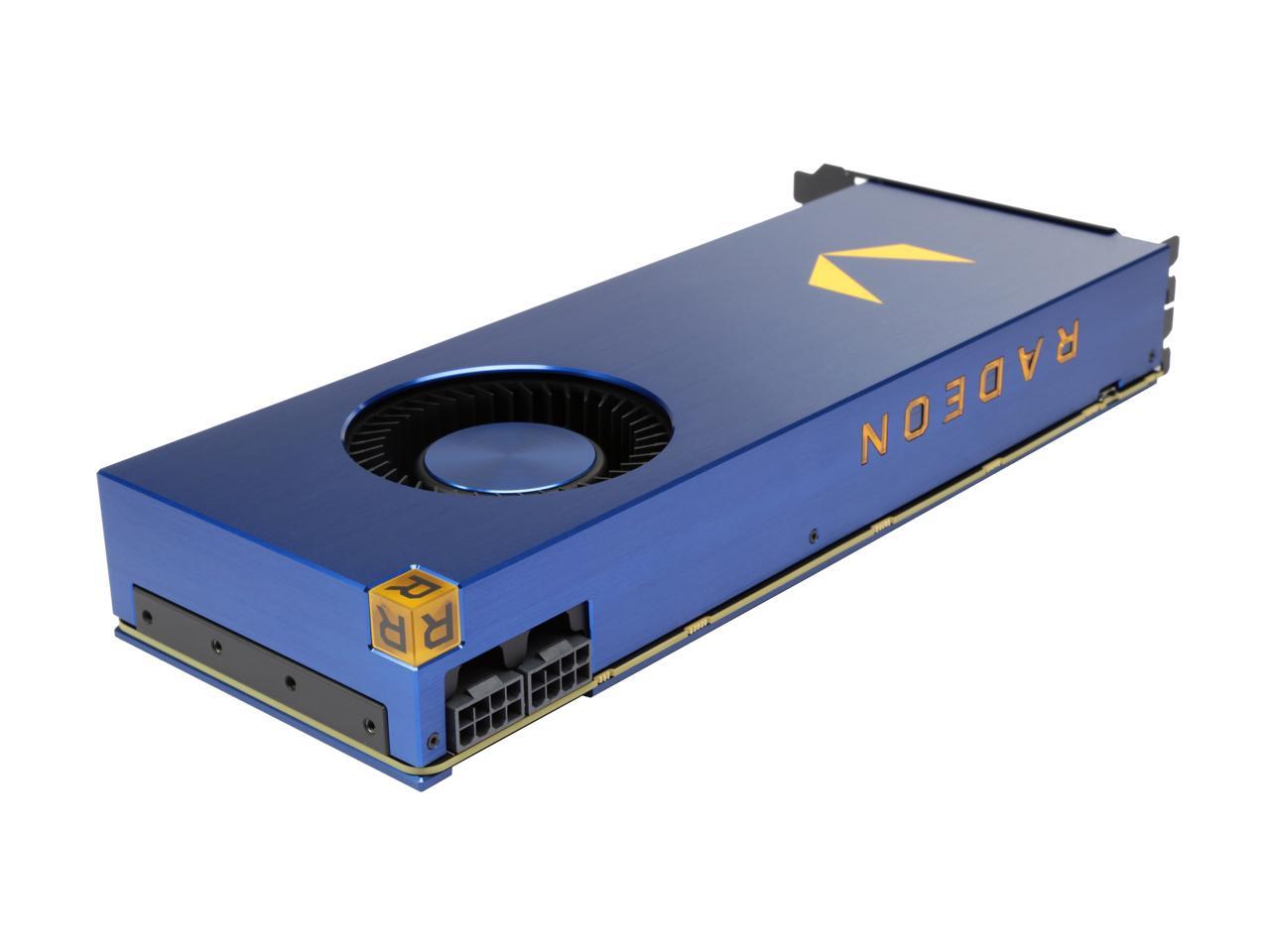 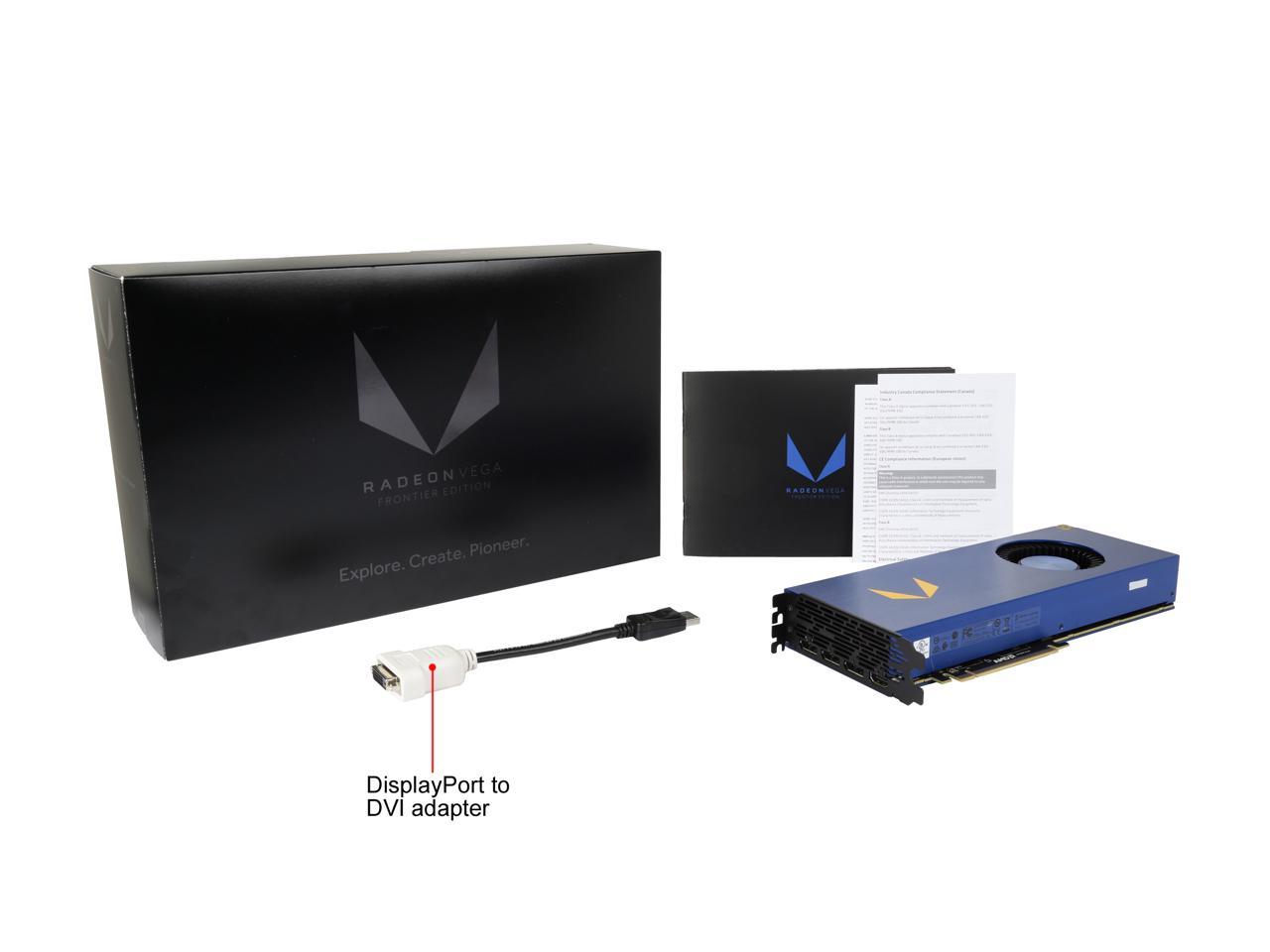 Cons: At the time of purchase it was not the greatest value if you want a pure gaming card.

Overall Review: If driver is setup properly, Vega FE performs same as a Vega64 in gaming mode. Normal RX drivers can be installed. Wattman, gaming profile relive are all there and functional. Water block for Vega FE (same layout as a reference Vega 64) is readily available from a few brands, it's still a cheaper and better option than Vega 64 or the official LC version. Once water block is running Vega FE can keep the stock clock up to 1600Mhz stable and temperature < 45c.

Brian M.
Ownership: 1 month to 1 year
Verified Owner
Problems at first without the right driver support. Once you have what you need everything works just fine.2/8/2018 12:43:14 PM

Cons: -Will overheat and crash if you don't have the right driver support -AMD Wattman settings work sometimes unfortunately, but you can do everything manually so its fine -LOUD AS HELLLLLLLLLLLLLLLLLLLLLLL. I have it running in an open case and had to remove it from my desk and stow under

Cons: - Thermal throttling with default setup (85C and 2000rpm fans speed). Although this can be adjusted in Radeon to support higher rpm (max 4900rpm). 3000rpm works fine for me during gaming. - 300W TDP. This can be adjusted in Radeon software for undervolt and underclock. I get very stable and good power performance with lower down the voltage and frequency. So far stable and with no thermal throttling kick in. Performance is on-par with GTX 1080.

Overall Review: Get a watercooled version or mod if you are looking for overclock. RX vega 64/56 could be better option if no need for the extra HBM memory.

Pros: This card is very powerful. In most DX12 games it is +or- 5 frames of a 1080ti. It is consistently beating a 1080 even in DX11. Mining and compute performance are stellar, with 2250H/s achievable in CryptoNight. The august blockchain drivers haven't given me any issues with gaming, mining, and overclocking. Even crossfire works.

Pros: Fast, performs well, and a true double sized card, unlike some of the others

Cons: Having some issues with custom fan controls. I'd like to underclock the gpu and overclock the memory but having issues making that happen.

Cons: -Windows 10 likes breaking things. -Missing some consumer features related to fan and power curve settings -Needs a PSU of ~850W or better or else you will get issues galore

Overall Review: There's a lot of great features that I don't even use.

Pros: Pretty much what you expect from a lot of benchmarks on performance. Better than a Titan XP for workstation loads considering the cost. - Way better build quality with a nice, aluminum industrial design shroud, and the blue matches my color scheme. Unlike other radeon cards. - Like the LEDs that illuminate the "RADEON" logo on the side. Better than the Green GeForce lights imo. - Not that warm. Never managed to go above 80. Fans may be loud for some people, but my case fans are way louder 3000RPM 140mm ones, so it's hard to tell if the card is blasting or not, but it's likely around 65-70dB around 3000RPM. - It does seem to support FreeSync too. For those unsure if it does since it's non-gaming card. - The control Panel is way, way better than whatever nvidia has. GeForce Experience and GeForce control panel is a joke. Two separate programs for nvidia and the actual control panel looks like it's straight out of XP. Radeon Settings is way faster, smoother, and modern. - The switching between Radeon Settings ("Gaming Mode") and AMD FirePro Settings ("Radeon Pro Mode") is pretty seamless. A black screen for a second, and within five seconds, you're back up and running.

Cons: - Not the best gaming performance. Do NOT expect this to be anywhere 1080 Ti level. - It lacks any gaming drivers. The "Gaming Mode" is only for additional gaming settings like wattman. The gaming drivers should come out around early august with the release of RX Vega, so it's merely a change of UI right now in the amd gpu settings for now.

Overall Review: Note, as of right now, the card performs between a 1070 and 1080 in gaming. Better than a P4000 for professional workloads and almost P500 levels. If you don't need certified drivers, this may be the card for you. Expect it to be around 1080 to 1080 Ti levels similar to the RX Vega Eclipse/XTX card, which is to be the gaming equivalent of Vega FE. That card is rumored to be around 600USD with benchmarks between a 1080 and 1080 Ti in pricing as well as performance. When switching modes, make sure to save your work. It does seem to crash any gpu intensive working in the background when you switch if you're rendering something in blender or maya or playing a game. Stuff like firefox, steam, and other non-intensive graphical processes run fine and do not crash. Do to the lack of gaming optimized vega drivers at the time of this review being written, a lot of supposidly gaming oriented features are turned off or disabled till they come out. As a result, do NOT use this card as a comparison to the gaming performance of an RX Vega. This card in it's current state, not to mention non-gamer focused nature of Vega FE, is not indicative of the performance of a gaming oriented card. The fan goes up to 4900RPM. Never had it go above 3000 in practice. You can still force it to max out in wattman if you so desire. Under max speed, I managed to get where the gpu was normally running in the high 70 down to mid-high 50s within a minute or two under ~75-90% load. Fantastic if you don't mind the noise and fan wear (although it likely won't fail for at least year if you do max it only under load). TL;DR: Currently 1070-1080 in gaming. Will be 1080 to 1080 Ti levels once RX Vega comes out with the vega optimized gaming drivers. Between P4000-P5000 in workstation stuff like Maya or Catia. I only recommend the card if you use it for more than just gaming. Otherwise, save your 400USD for two RX Vegas Eclipses instead. I'll be updating this review once Vega Gaming drivers release. I might consider giving 5/5 eggs assuming the Vega Gaming drivers live up to boosting this card to a 1080-1080 ti level.