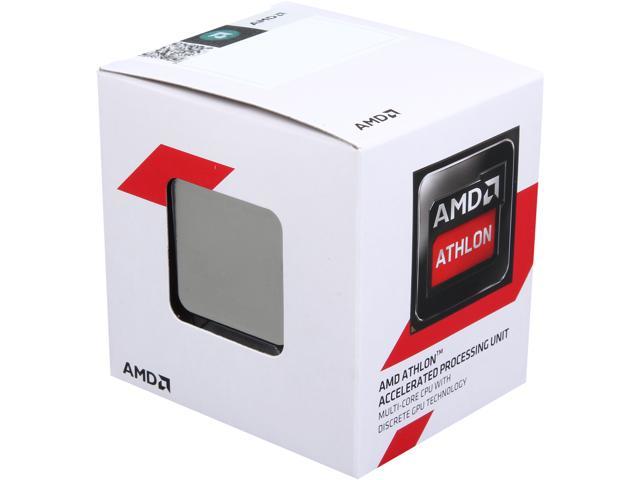 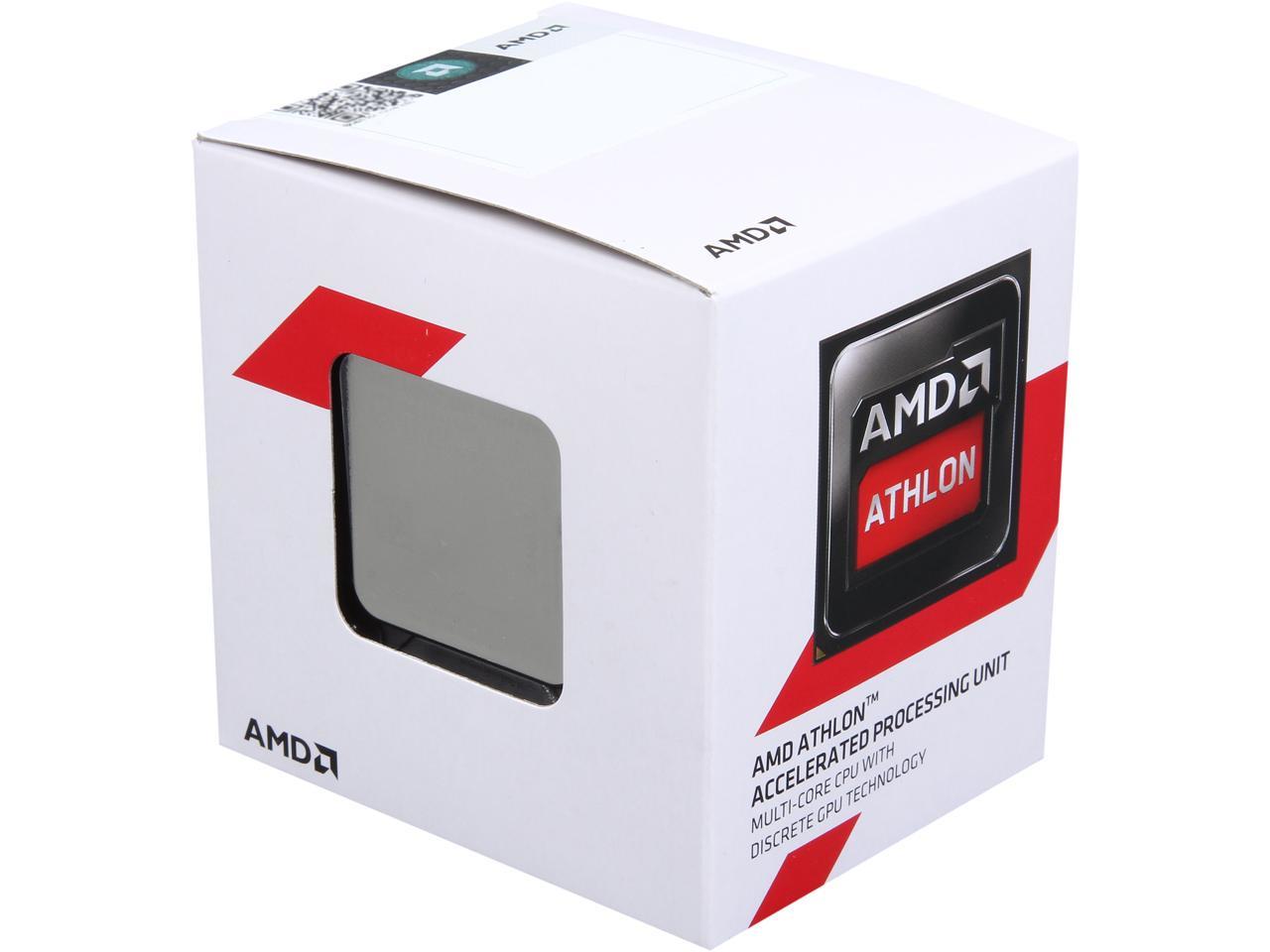 Learn more about the Athlon 5150

Pros: I have this CPU installed on an ASUS AM1I-A system board. The CPU runs cool and performs very well as as internet and htpc. I am very satisfied with it. I was able to overclock the CPU to ~2GHz at stock voltage. I kept the memory clock to ~1600MHz due to my memory sticks limitations.

Cons: The new heat sink-fan attachment is kind of lame (More effort to install it than previous AMD heatsinks). But I can understand that this CPU is designed small form factor systems.

Overall Review: Running Windows 8.1 on it without any issue.

Pros: The Athlon 5150 consumes very little power, costs less than $50, and has the advantage of being a quad core processor. The fact that it is an ALU makes it particularly well suited for use in entry level machines, and the on die Radeon 8400 has more than enough power to deliver a seamless multimedia experience at a full 1080p image quality. Beyond the technical jargon, this is a solid product, and it works well for my father. Though, the CPU delivers slightly less performance than the Phenom II X3 in his old machine, the on die GPU seems to more than make up for it.

Cons: The Athlon 5150 would not be a good pick for serious gamers. It lacks both the CPU and GPU power to make for a passable entry level gaming machine.

Overall Review: As an entry level option for basic computing and multimedia entertainment this processor is well worth the purchase. If you are looking for a sub $50 CPU with a decent power to performance ratio the Athlon 5150 is worth a look.

Pros: - Quad-core CPU consuming only 25W! - Northbridge and southbride included: motherboards become all cheap and compact-sized - almost no fan noise: comes with a fan, but almost no fan noise at all. Fan rotates around 1.5K rpms for my system - Compact size: almost like a quarter --- except that it's rectangular.

Overall Review: - Quad-core cpu consuming 25W? Are you kidding? - New atom processors might be better in terms of pure tech specs: they consume less power. Intel does provide quad-core Atoms. But Atoms become pretty much expensive when you build a system for yourself. The new Atoms are for tablets. - Very good for upgrading existing systems - Very good for HTPC - New heatsink/fan installation okay from my experience. Just different. - Go ahead and buy it

Pros: these AM1 CPU'S make an awesome entertainment box for movies and music still plays lots of older games haven tried it for the newer games. At 25w it runs super cool even here in the desert of AZ(abeyant temp of 75 they run around 15c-20c with stock cooler)

Overall Review: the comp that sold this came in on time with great packaging

Pros: For the price to performance, it isnt bad. It can handle what ive been throwing at it with a little help from a Radeon 5450 ranging from web browsing, streaming movies/shows, playing VERY light games from the 90's and newer low end games. Got what I paid for and dont regret it.

Pros: Well its awesome for a basic computer for web browsing, office, and even a bit of Photoshop. Great for ITX Builds.

Cons: Nothing much as long as you realize this is a low powered solution designed for basic tasks, do not set expectations too high.

Overall Review: Okay, I have to say this. This CPU can run freaking Black ops 3. No joke. Paired with an R7 360 im getting 37 fps average on a mix of medium and high settings. This drops slightly to 35 fps average when playng Der Eisendrache. I am totally speachless. Black ops 2 and modern warfare 2 are a solid 60 on high. The only thing i have to complain about, why no overclocking support?? Why amd? The stock cooler is not loud nor quiet, but it runs the same with an Alpinte AM1 active cpu cooler. Love this processor though. - RedDubzSmash

Pros: + Considerably cheaper than the 5350 is these days. That alone mostly atones for the 400Mhz speed dock, and you can regain some lost ground with careful overclocking. + Startlingly electrically efficient. This and the 5350 make excellent, highly efficient replacements for 2006-era Athlon 64 X2 and low-clock Core 2 Duo machines. + Never really gets 'hot', no matter how hard you push it. You can probably get away with cooling it passively, unless you plan on overclocking. Don't waste money on watercooling, it'll be totally unnecessary. + Ironically, single channel RAM means you can run a fully functioning system from a single stick of RAM, which means you can save money on multiple AM1 builds by buying dual-channel kits. + Still faster than most lower-clocked single-module A4/A6 chips and most entry-level Celerons, though by not quite as big of a margin as the 5350 was. The 'cat architecture really is that much better than the disgustingly P4-like Bulldozer and its variants.

Cons: - Lacks the surprising snap the 5350 had at stock clockspeeds, but at the price you can't really complain much. - Still visibly slower than a higher-clocked A8/A10 or i5/i7, but those are in a totally different price range altogether. Besides, those caliber of CPUs are complete and utter overkill for the basic home/office user segment, which is where these CPUs are targeted at. - Single channel RAM and a weak onchip GPU means no hard-core gaming, but you're probably not going to do much gaming on a 'cat core (that's not in a PS4 or XBOne) anyway. The 5150's GPU capably handles YouTube and flash games in fullscreen, though mild stutters surface every now and then (what do you expect, it's running nearly half a gigahertz slower. If the stuttering bugs you to no end, overclock it or pay for a 5350.)

Overall Review: Personally I wouldn't bother with any of the AM1 Semprons unless money really was that much of a driving factor. This Athlon 5150 is as low as I am willing to go with my machines.