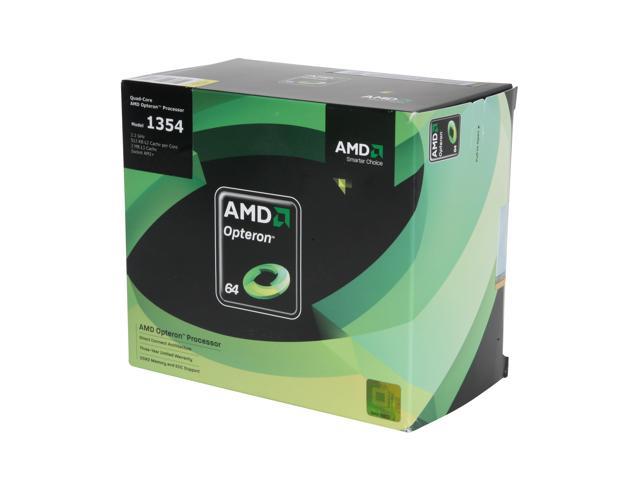 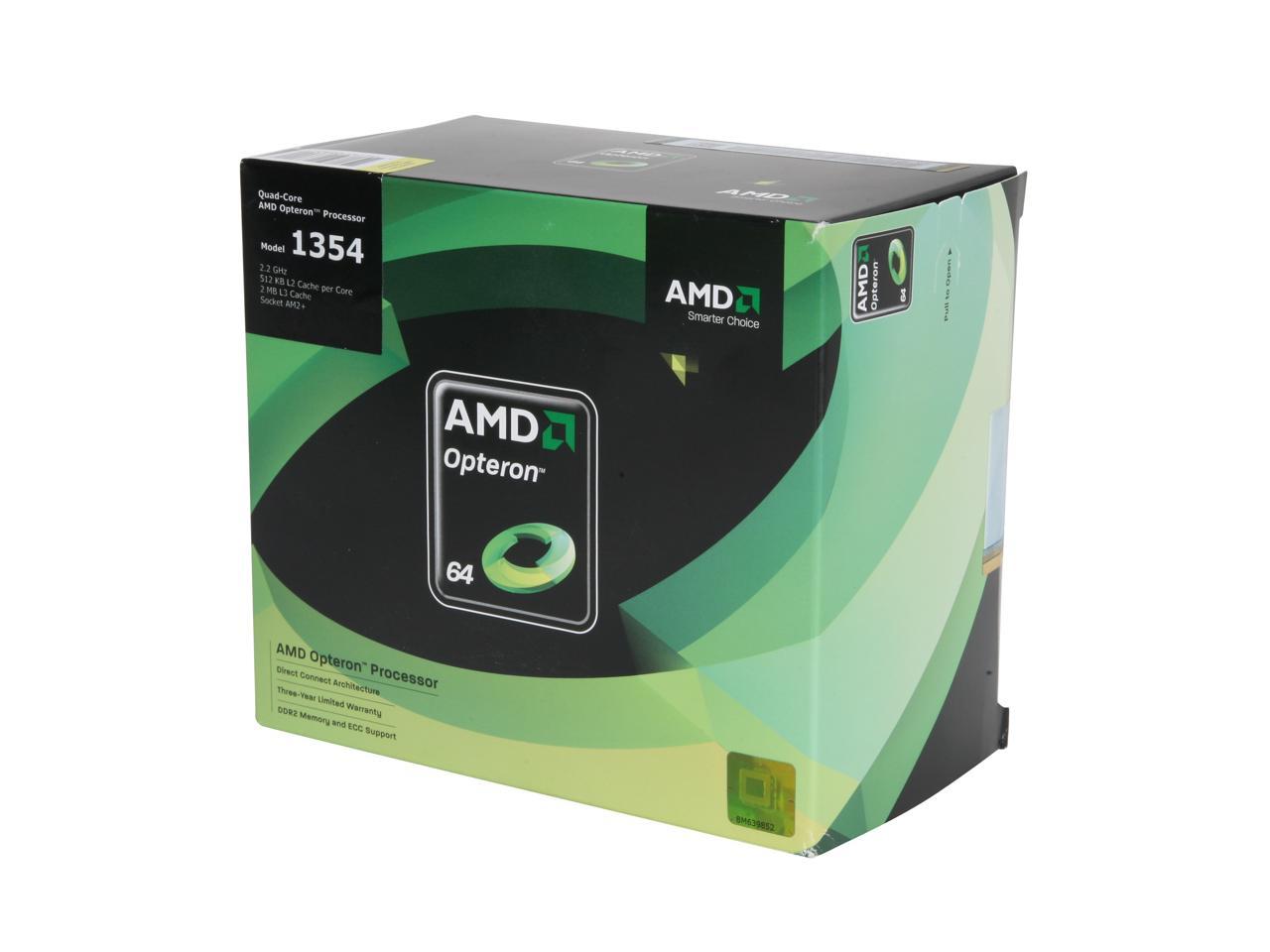 Learn more about the Opteron 1354

Pros: AMD's rock solid processor in a quad-core with all around support. I went from a 3000+ to this. Wow! Big upgrade. I was running windows update, antivirus scan with eset nod, and running halo2 and never peaked past 25% cpu usage. With 4 gigs of kingston (4-1 gig sticks KVR800d2/1gr) on a gigabyte ga-ma69gm-s2h f6 (you need f6 bios to run this), and PNY Geforce 8600 GT. Running 60 fps on wow with everything cranked up.

Cons: Not yet. I should have looked into the phenom's for the price. They have higher L2 caches for the money, as well as operating speeds. Was 169.99 when I bought this. Three weeks ago, already going down. Lots of AM2 Motherboards support this chip. Asus M2N-LR and Gigabyte GA-MA69GM-S2H both don't list this as a supported cpu. Newegg shows it as AM2, but on the actual package it lists as AM2+ from AMD. Still will work, but runs at AM2 speeds. No Problem.

Pros: i think this is a great chip for what you pay for. its a lot cheaper the the Xeon equivalent. it runs great for what i am using it for, gaming and encoding video. runs a lot cooler then the Phenom chip. easily overclockable.

Cons: 65nm die. the stock heat sink that it comes with is a joke. huge price difference between 2.2ghz and 2.3ghz.

Overall Review: i should have waited for the AM3 version, but other then that this is a fine chip. i would rather have this chip then the Phenom.