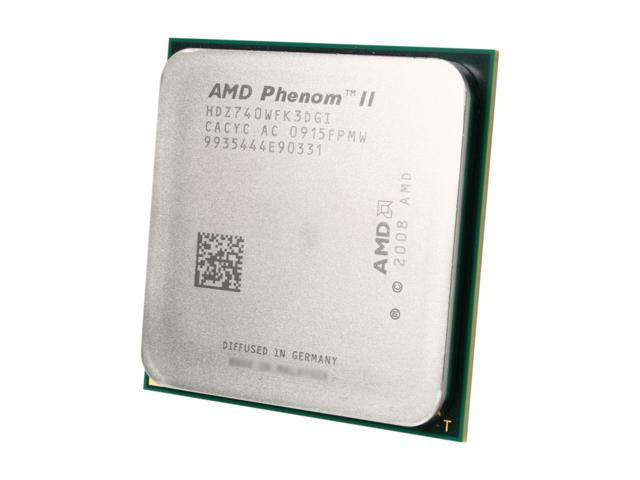 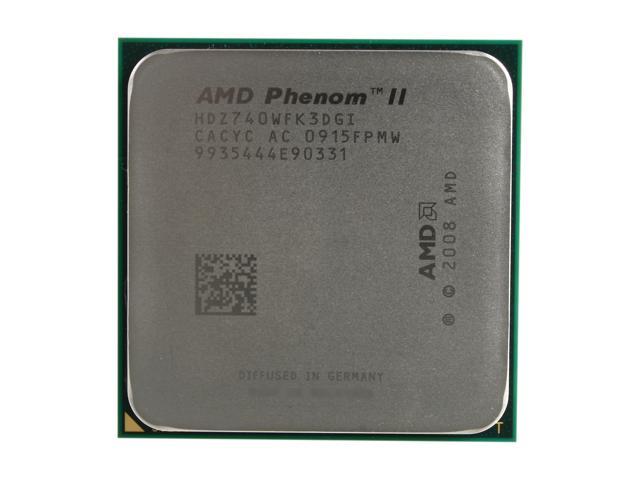 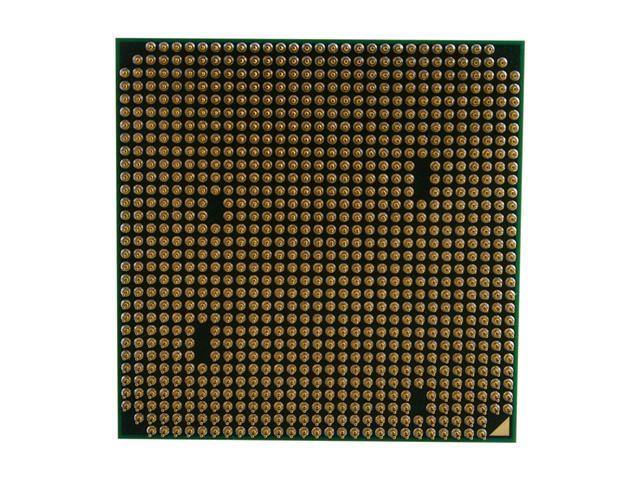 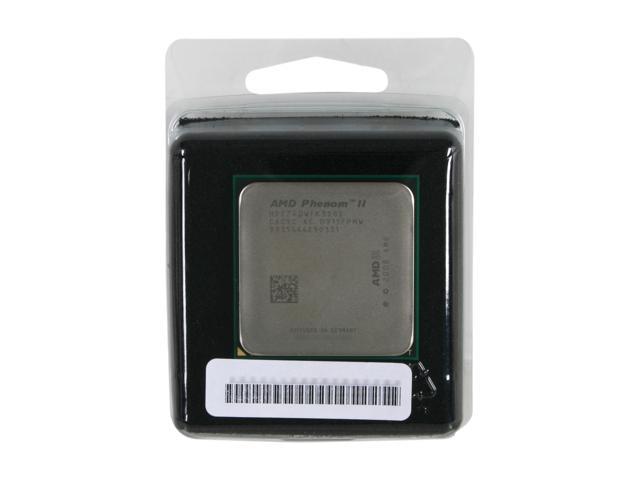 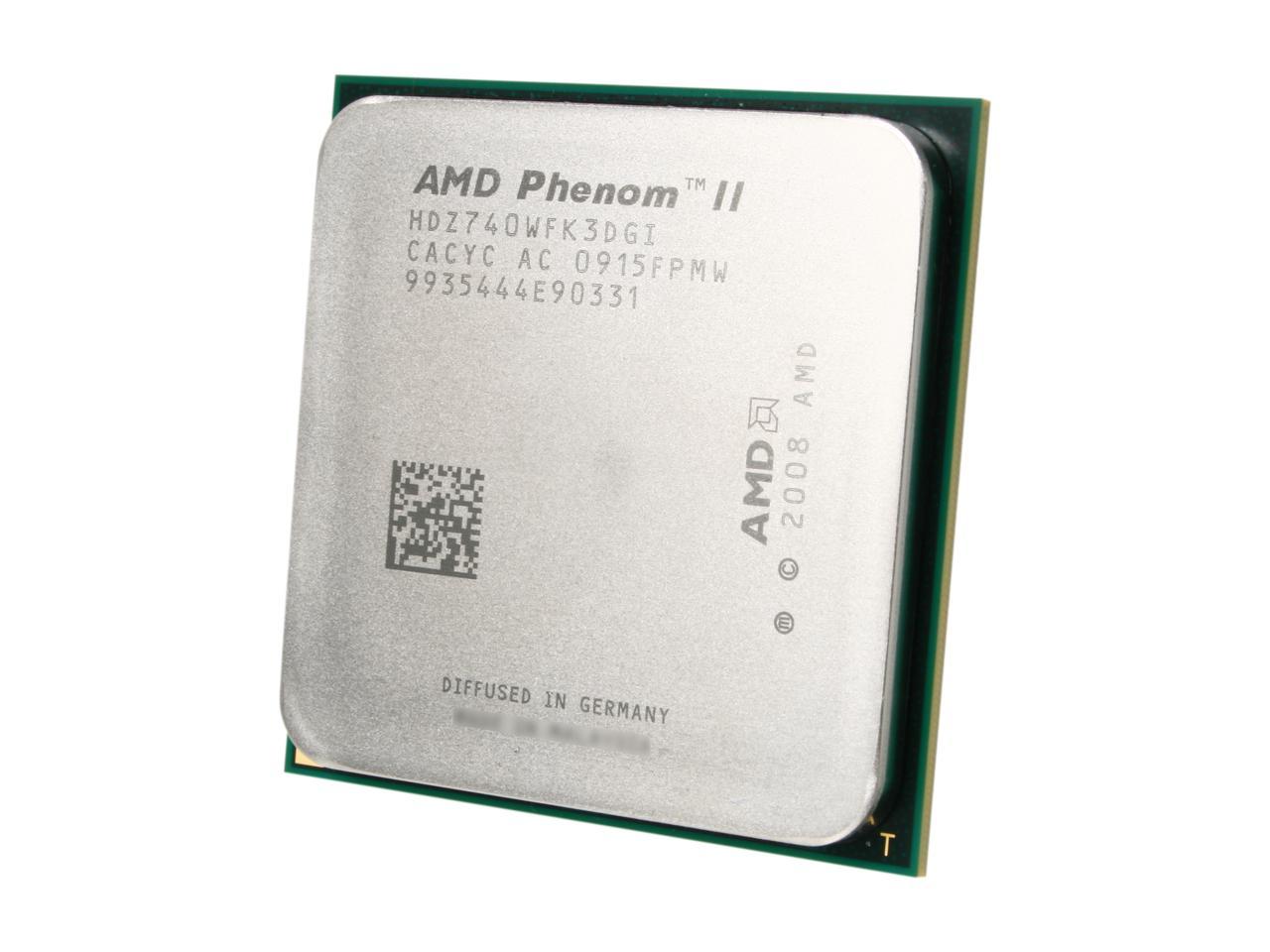 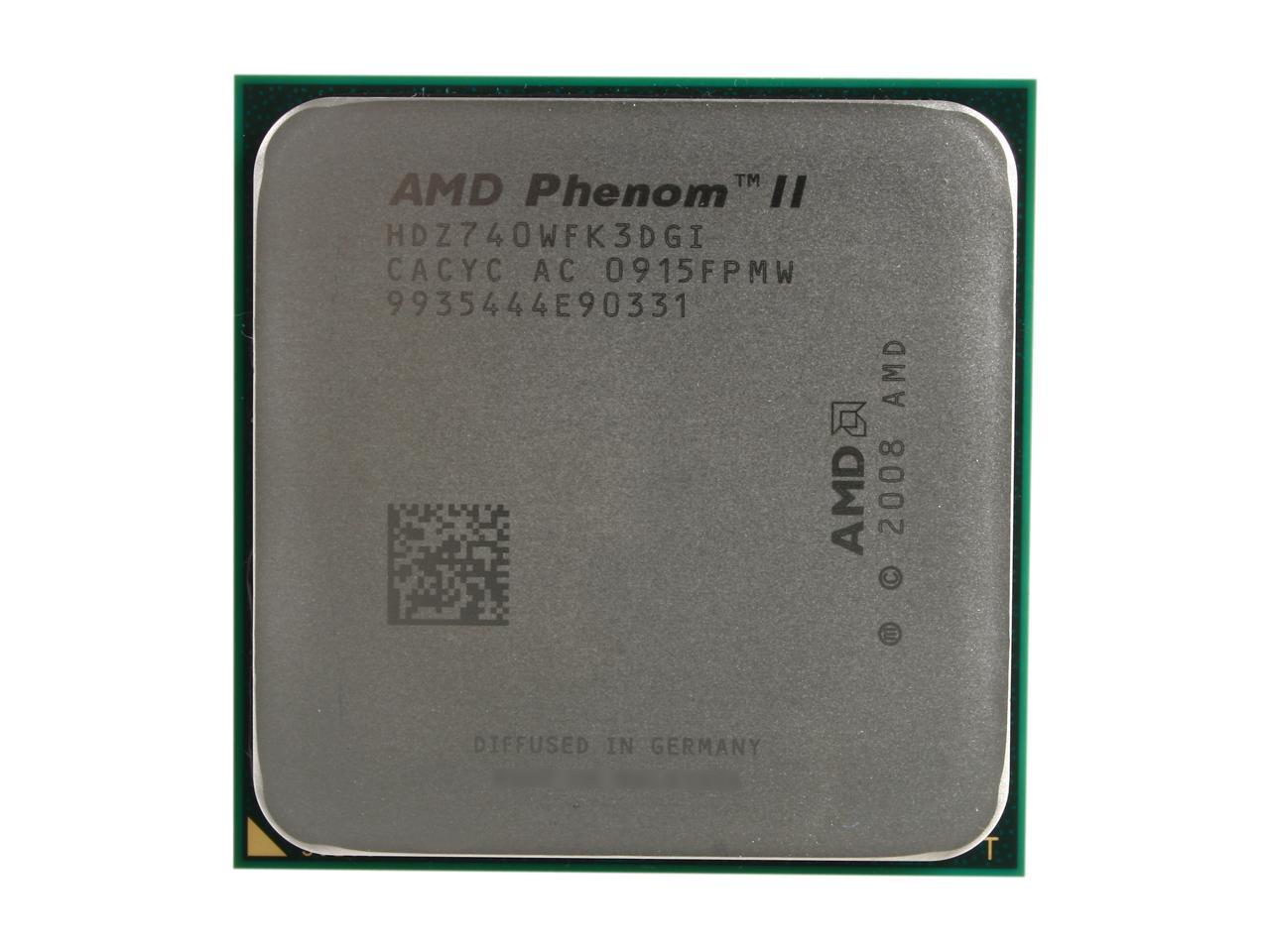 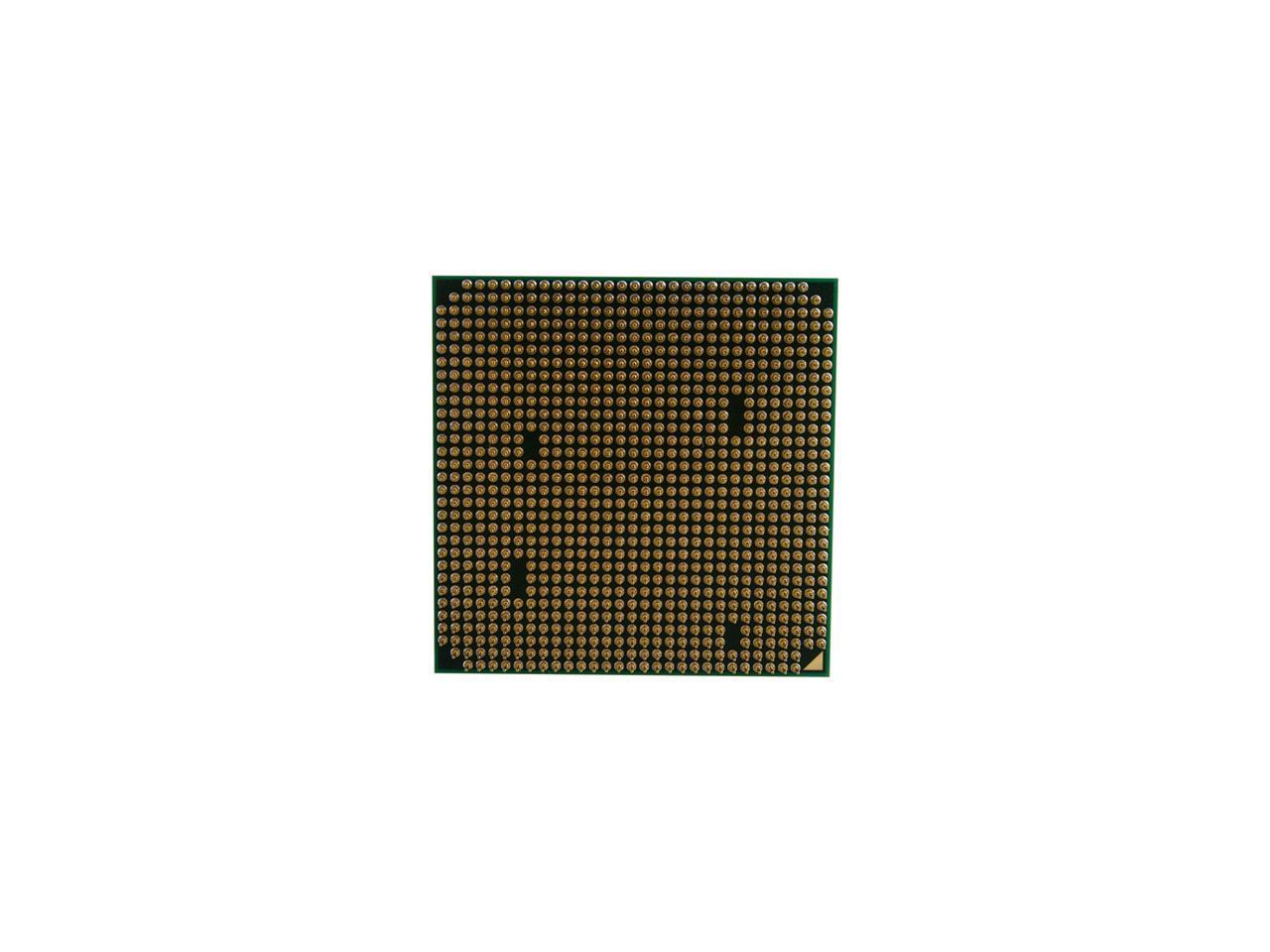 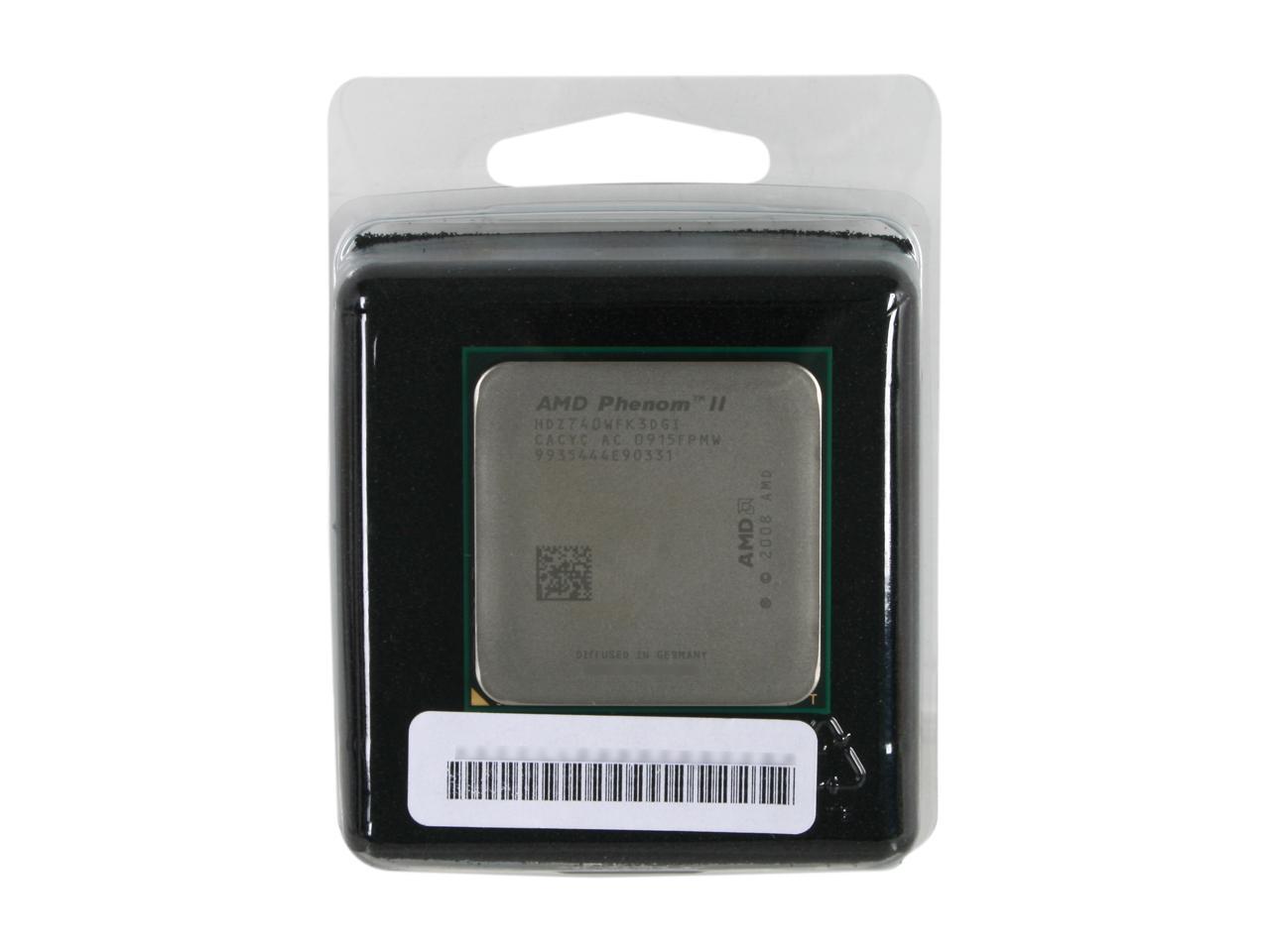 (175) Write a Review
OUT OF STOCK.
Specs
Reviews

Pros: This is a great product before you even start to play with it. My ASRock 870 EXTREME3 board unlocked the 4th core and overclocked it to 3.2 with a single keystroke. I reset the OC the board had done and proceeded to manually manipulate the BIOS. I was able to CO with all four cores active to 3.6 GHz. Not only does it run stable but very cool using a Zalman aftermarket cooler I had from a previous build. I'm sure I could get it to go higher but I don't really have the need as 3.6 was my target goal. The key is making sure your voltage is right. All in all i got fantastic value out of the CPU. I went from a x3 to a x4 and picked up additional clock speed. This is a win, win for those who know how to get the most our of a processor.

Cons: Using motherboard tools to unlock the 4th core will disable the on die thermometer and makes it a bit more difficult to get temp readings. This is not a con for the product as much as it is a warning to those who are not aware of the issue.

Overall Review: 1. Don't believe the people who try to tell you the 4th core is ALWAYS disabled because of a defect. This is simply not true. Many times a manufacture makes more of one processor but the demand for another is greater and thus they disable features to sell it as another product. You see this in graphics cards all of the time and it has been going on with CPUs since the days of the old Pentium 166MGhz. This is not to say that ALL cores are always good so buy the product you want and if you get extra out of it then great. If not you still have a great chip. 2. If you start to have problems overclocking at the 3.4 Ghz or above area consider bumping your voltage just a little. I thought i was an issue with my 4th core until i realized that it was starved for power. A small bump and I was at 3.6 on all 4cores and I'm still going strong.

Cons: For CAD93 trust me NONE. It is down to CAD79 now for Black Friday sale.

Overall Review: Unless you want to wait for bullldozer or want x6 performance this is the best. Other choice is Athlon II x4 630+ which have more performance per clock, unless u need to do some crazy calculation and need the L3.

Pros: This was my first successful unlock, out of 3 chips or various Phenom II versions, 550, 710, and 740. Unlocked to quad, overclocked to 3.4 on all 4 cores. I could probably push it more, but I just got it, and I'm currently testing it. CACYC Able to play FFXIV better now than my last Phenom that would not unlock. Shipped in a timing manor.

Cons: The packaging, while it works, could be better. My cpu was on top of the 2 black foam pieces, not in-between them like every other oem cpu I've ordered from newegg. It works fine though, so I can't knock an egg off for that. Can't see my temps when unlocked to quad under certain applications, although, I expected that. It did not come with a woman, or a 6pack, or a million dollars.

Overall Review: It appears many many people are having success unlocking these on newegg, which is great! More value for you dollar. This was my first successful unlock. It's like they say, it either will unlock and work fine, or it won't at all.

Pros: Unlocked the 4th core with my GIGABYTE GA-880GA-UD3H mobo's BIOS. No problems thus far. No OC just yet. Will let the MX-2 cure.

Cons: Packaging from Newegg is not great. The pink foam had some threads of it in between the pins of the CPU but I just used some air to clear it out. I know there is a box that you can check for 'Rush Handling'. Is there a box you can check for "Don't let UPS smash one whole side of my box in"? Everything seems fine, but sheesh, you don't have to crush the box EVERYTIME.

Pros: I am amazed. i figure with it running over 3400MHz and the forth core UNLOCKED i saved money! Its better then my 720 Heka i used MX-2 for thermal paste my case is a stock HAF 932. MSI 5830, Noticed a difference withteh 4th core running vs. the 720 Heka i had. Happy very HAPPY! good buy! $89 bucks come on! :) THANKS to YOU AMD guys You handed me a gift! Sweet! I am stable unlocked forth core temps are sweet as well high 30c's 42 44 heavy load (BBC2 blistering action!) Remember mileage varies if you have bottlenecks, expect troubles. You cant put a F-16 Fighting Falcon Pratt & Whitney F100-PW-200 afterburning turbofan in a Clyde Vernon Cessna!

Cons: BIG FAT ZERO! its prefect! 89 dollars! please i feel like a stole it! :) NEWEGG PACKAGING is coming along. it was well protected in a larger box w/ large bubble wrapped around a OEM CPU case! Sweet packaging NEWEGG.

Overall Review: Unlocked forth core! temps are sweet! high 30c's.. 42c.. 46c heavy load..w/ (BBC2 blistering action!) Look this processor is great, If you own a 720 dont be worried it wouldnt be an upgrade, it will. My 720 unlocked Heka tops out at 33??MHz.. I cant believe this runs 4th core stable no issues at 3400MHz .PRICE!! Whoa! Still need to jack up the processor see how far this thing will go. But unlocked 4th core and easy Overclock. Cpu voltage rasied to 1.48ish. I will go higher as temps are AOK. I hope this thing hits 3600MHz +. I am on air, aftermarket HSF a good one! 120mm silent fan no crazy fan noise. Cant recall the HSF name. i am not digging for the box its buried in the closet. But i works and I WOULDNT RAISE the CPU VOLTAGE w/just any STOCK HSF/s get a good After market . Blowing up this processor will hurt you, and you'll cry! This really needs a look at, Its basically NEW FYI My Heka 740 mounted Asus main board M4A785TD-V EVO Bios updated to version 2103

Cons: UPS 3 day shipping is somewhere better 4-5 days if you live in Seattle.

Overall Review: Would do it again in a heartbeat.

Pros: Overclocks great. 4th core unlocked and stable at 3.2ghz and 1.3v Runs 50c full load in my rig. Worth twice the price (68.99) I paid for it. Hopefully I can tweak a higher clock with the 4th core activated. If not... still satisfied with what it runs at.

Overall Review: If you can afford it, but not a Phenom II x4, get it. If the 4th core doesn't unlock, its still a great overclocker.