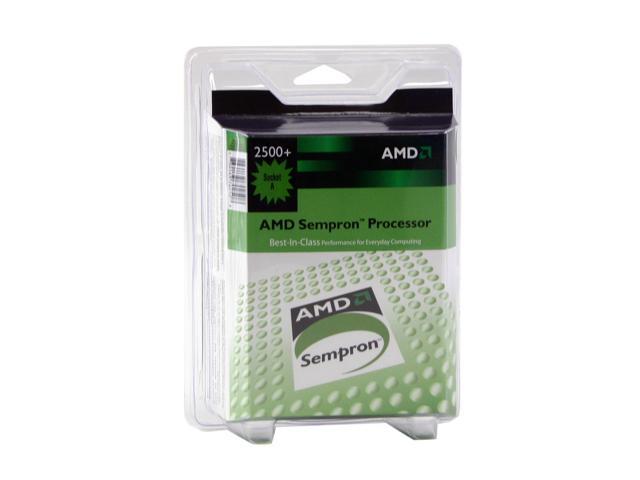 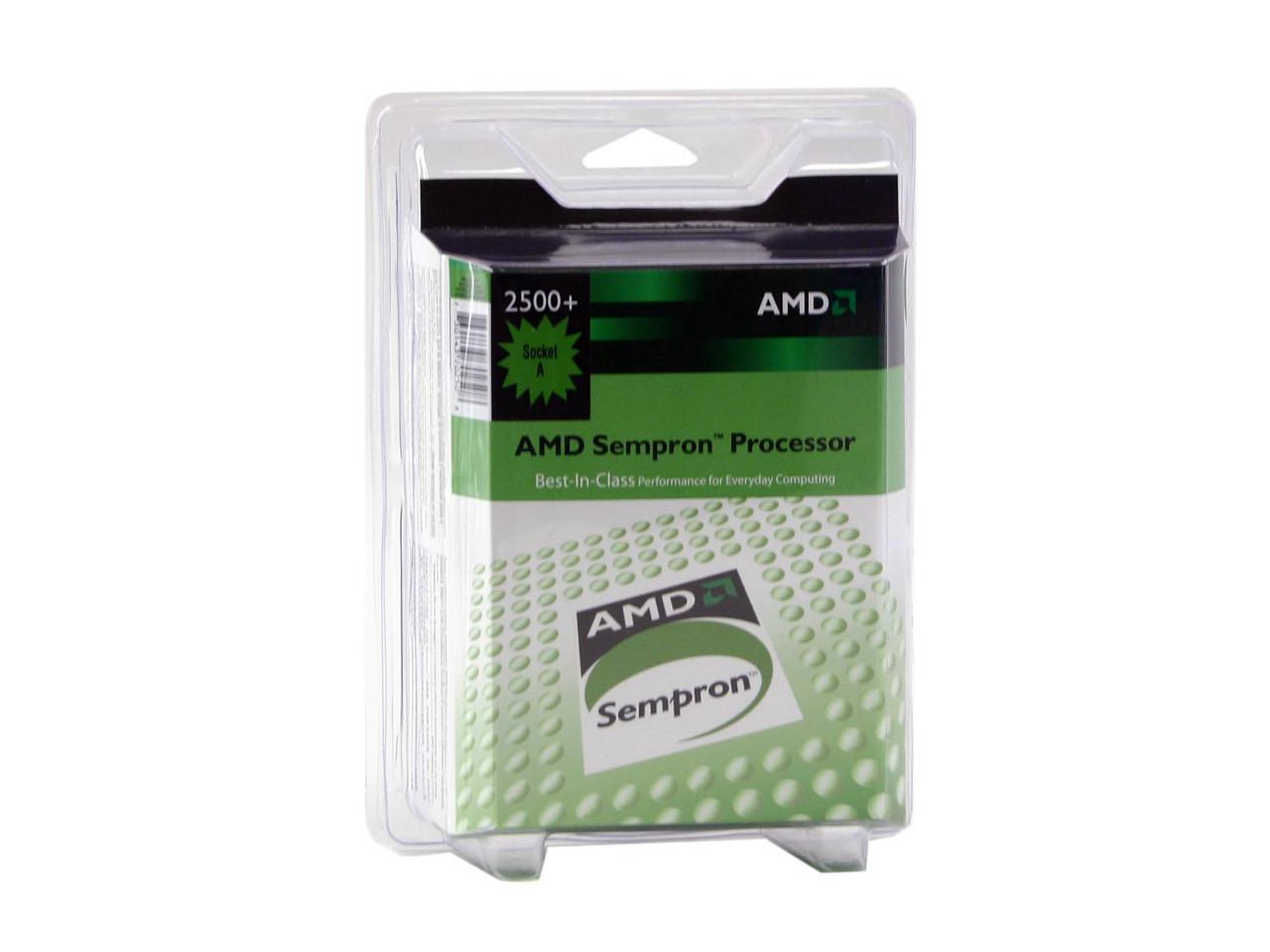 Learn more about the Sempron 2500+

Comments: I have nothing but good things to say about this processor. I would say this. Watch the AMD video on installing the heat sink. I wasn't doing it correctly, and these babies will get hot if you don't pay attention.

Pros: Installed it into the mobo and it runs fine.

Comments: I just loved the Athlon" CPUS that were being made right before Semprons" came out. The last Athlon" I bought was a 2500+ XP: And it handled a whole stewpot of major programs being run at once: and not one lockup or stall: this is what WE NEED as computer users: Computers that can actually Multi-Task. So, it all depends on the CPU, and my Opinion is that Athlons can handle the multitasking rather well. SEMPRONS, though: SEMPRONS This CPU, I think it is better than the first Semprons that were built, of which I have I believe the 2400+ - Which is supposed to be equivalent to the Athlon 2400? But it is not, since my Athlon 2400+ XP runs at 2GHz. THIS chip however runs at a pretty solid 1.8 or so GHz and there is NO "Moosh" stall when you open a windows installer file... The chip JUST DOES NOT slow down, it keeps pumping bits through the bus. I put this thing on an MSI KM4M-V clocked to match this CPU's freq of 333 MHz, and it is a straight solid steamroller, burning DVD's with NO flaws while having large project files open in Ram and CPU sucking programs. I loved it, and my client really loved it, and is very happy with it. The only thing about this chip is the price tag, did not appear to be much less than those Athlons, but: rather I would pay a few bucks for an AMD CPU that can hack the amount of buffeting I, and my clients, are going to aim at it, and, well there is just a feeling when you sit behind a well built car: This extends to well built Computers, they handle well. And this component, is equivalent to a nice solid engine in a car that has been fined tuned and honed for performance. THIS CPU can hack it.

Comments: "AMD is the best, get rid of the rest" Thanks to Newegg and their wisdom for knowing what really works and for giving us the best prices!!!

Pros: The chip is fast! I have not OC'd it..don't think I need to! I have it running on a Winfast MB with 2 gigs of Ram and it does everything that it is supposed to! I have a Pentium PC as well, running @ 2.25GHz and the AMD is quicker! I use the AMD for writing music and it has not let me down! It's just a great chip!

Cons: None to speak of!

Overall Review: Just wanted to say that Newegg is the best...I have been buying parts from them for some time now and they never disappoint...they are fantastic!I can't say enough good things about Newegg!

Comments: ok i didnt buy this...but i have a sempron 2800+ thoroghbred in my compaq presario that i fixed up....asked dad 4 a gameing computer and he brought home a compaq....mom to the rescue with an ati x800xl and a gig of ram...my 2800+ with x800xl and gig of ram runs just about any game perfectly fine at medium settings and most games run ok at high...battlefield 2,quake 4,fear,all at high with aa2x...buy this if ur on a budget and go for a great videocard