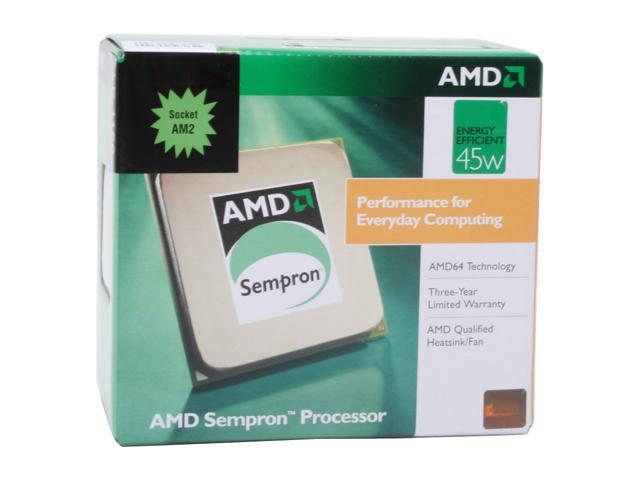 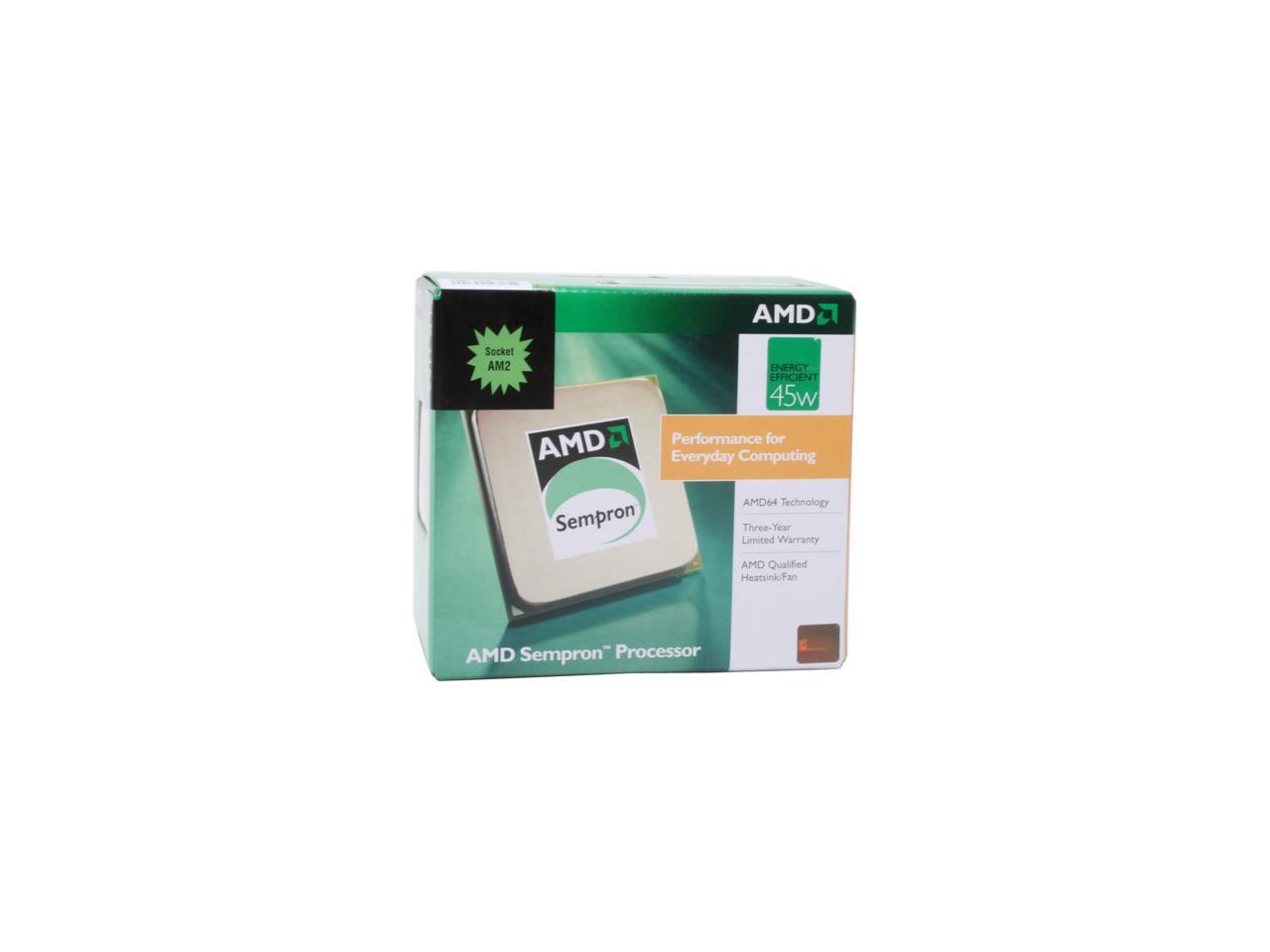 Learn more about the Sempron LE-1250

Pros: I recently bought this processor for a budget build for my Grandmother, and I have to say, for a single core, it really surprised me, I put Team Fortress 2 on it, and along with the Integrated graphics chip from an Asrock board, it ran it just fine, granted I was on the lowest pixel setting, but it ran with an average of 40 fps Also, playing a game for around 3 hours, and being on for several before that, It barely became warm This is definitely more than what it is priced at

Cons: Its not a quad core... But seriously though the only cons I see are the ones that are expected for a single-core processor

Overall Review: If you are buying a single-core, then Definitely go with this processor, don't let the low price decieve you, it is actually great....

Pros: Got on of these back on a post-turkey day sale to replace an old AMD 900MHz T-bird system that just wasn't cutting it anymore ($%# MS bloat!), so just about anything would be faster. However, I was pleasantly surprised when I teamed this CPU up with the ECS AMD690GM-M2 MB and 2GB of Corsair value memory (DDR2 667). Running XP-SP3 this CPU gets it done, and quickly, too! Email/web/word processing are just downright snappy. My wife even complained it was TOO FAST while playing one of the Flash based games she loves, go figure :-) Compared to my AMD Athlon 64 X2 3800 system, this CPU seems just as fast (or faster on a few things) for the most common day-to-day tasks tossed at it, and it has enough muscle to handle heavier chores (PrintMaster, etc.) without the user going insane. It stay cool and the heatsink fan stays quiet. Has been rock solid stable for over two months now at stock speeds, don't really find a need to OC.

Overall Review: Newegg delivers again. This is really a great CPU value, especially for a budget system. Other Semprons, i.e., LE-1200, LE-1640, or LE-1660, are just a good, and based on your budget, may give you more (or enough) bang for your buck, considering that duel cores start at 1.5X the cost, and for most tasks will not provide 1.5 times the performance (not benchmarks) on most things, that is, until you start jinking around with clock rate, or find apps that really benefit from multi-core CPU's, which most web/mail/office type apps will not gain much from more cores. Of course, my experience is with XP & Linux, your experience with Vista may vary, as that bloated pile of OS, could suck the life out of the fastest multi-core CPU and make it seem like a 400 MHz "celery".

Pros: I purchased this CPU to be used to run a multimedia server. It runs cool and is extremely INEXPENSIVE at thirty bucks shipped to the door in a retail package with 3 year warranty. It absorbs digital media and runs video at very high settings without jitters of any kind. Truly impressive considering it's cost

Cons: NONE - ABSOLUTELY NONE

Overall Review: This CPU is perfect for running a multimedia system or light, general computing. It will even rip DVDs with reasonable efficiency. It is considerably more powerful than either 939 or 754 Semprons or ANY 462 Athlon XP. I would not recommend this processor to anyone who is planning to run Windows Vista due to the high hardware requirements. For XP however, it is a blast and runs with great authority on 2gb or RAM.

Cons: But as normal a single core is never as good as two cores when internet security is trying to update as your gaming

Overall Review: spend 5 to 10 dollars more and get the dual core.

Pros: nice value, at stock speeds it will not disappoint and over clocking to its full potential is fun and easy yielding nice gains.

Cons: it will bog down if pushed to hard, as long as you keep in mind that it is a single core processor and multi tasking takes multi cores. do that and you will be happy with it.

Overall Review: Bought as a precaution with my Phenom II 940 just in case my new motherboard needed its bios flashed. The Phenom ended up being returned and I was left with this CPU until my RMA is processed. I was shocked to find out that this $30 CPU can handle any light duty tasks I throw its way. It is perfectly happy doing office applications and low demand games like WOW and COD 2 run fine. Just for fun and because of its low cost I have been tinkering with over clocking it. I found out that with the stock heat sink and fan mine hit a wall at 2.6 due to heat but with a aftermarket setup I was able to get a full 1ghz over clock with 1.5 volts. I wouldn't buy this if you are a serious multi tasker but if you want a cool running nice computer for the kids, office or low end games (with the right graphics card) consider this CPU at the heart of it. In my opinion you will be happy and if you need more speed later for some reason will you miss $30.

Pros: Great CPU. Chuggs right along - great for a computer for basic web browsing, aim, e-mail and the occasional office document. I was surprised at the speed (but then again, I am using linux), and the extremely low power consumption was a plus. Excellent budget CPU for basic tasks.

Overall Review: Does exactly what I wanted it to do and does it well. Fantastic!

Overall Review: I bought this processor based on price, to rebuild my Dad’s dead (Intel based) eMachines. As part of the rebuild I bought it with a PCChips A15G motherboard, 2GB of DDR2-800 Kingston ValueRAM (dual channel kit) and a new 300 Watt power supply. After assembly it all worked great, much peppier than the eMachines was originally with a Celeron D, also a lot quieter and cooler thanks to a decent AMD fan and heatsink (included). After assembly I ran a 24 hour Prime95 stress test and it did awesome, very stable system that ran very cool. My wallet is happy, my Dad is happy, this system meets all his needs and best of all, total cost was under $140… Thanks NewEGG