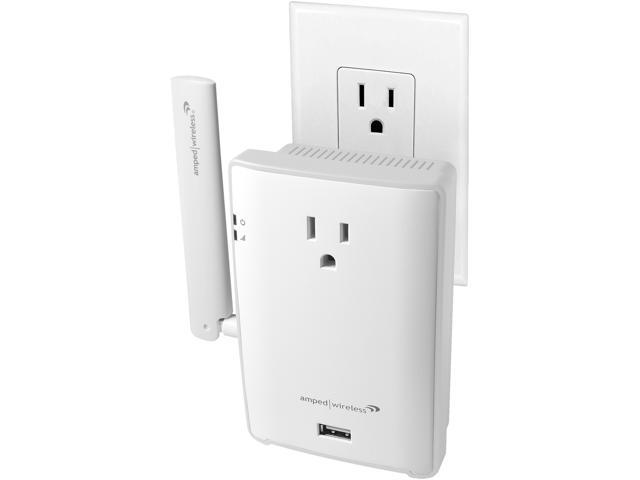 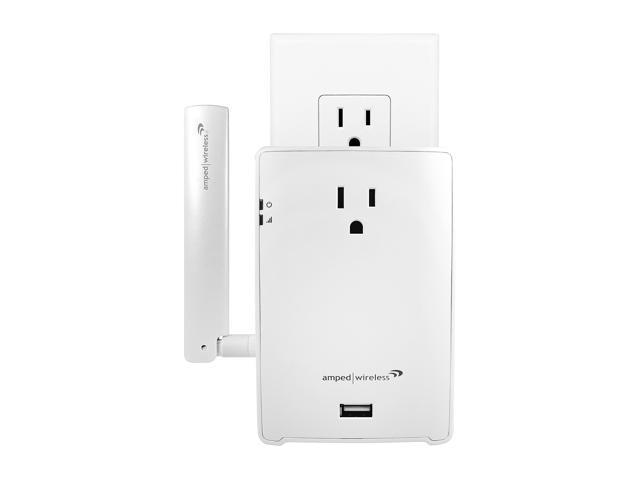 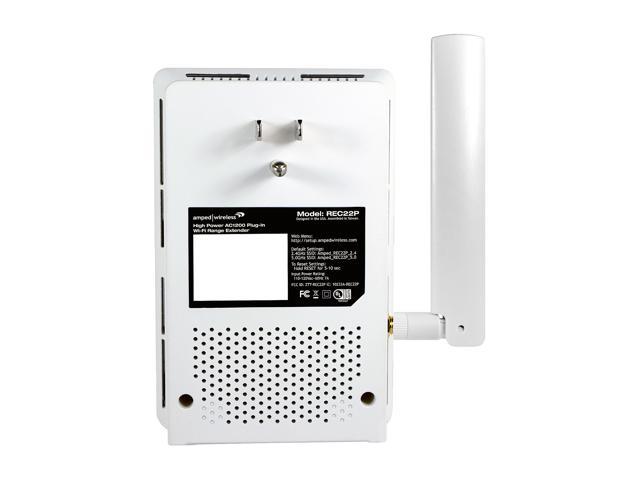 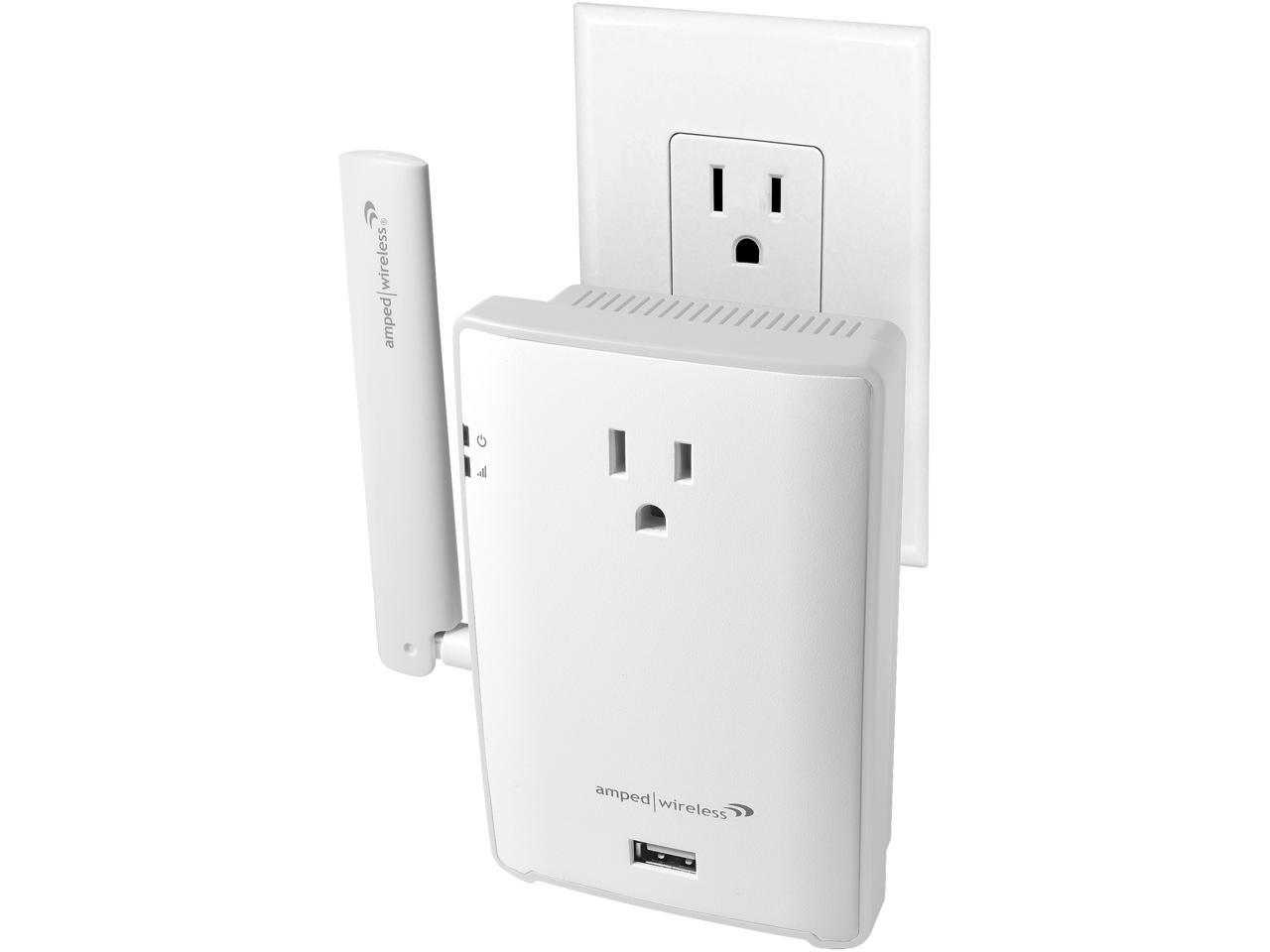 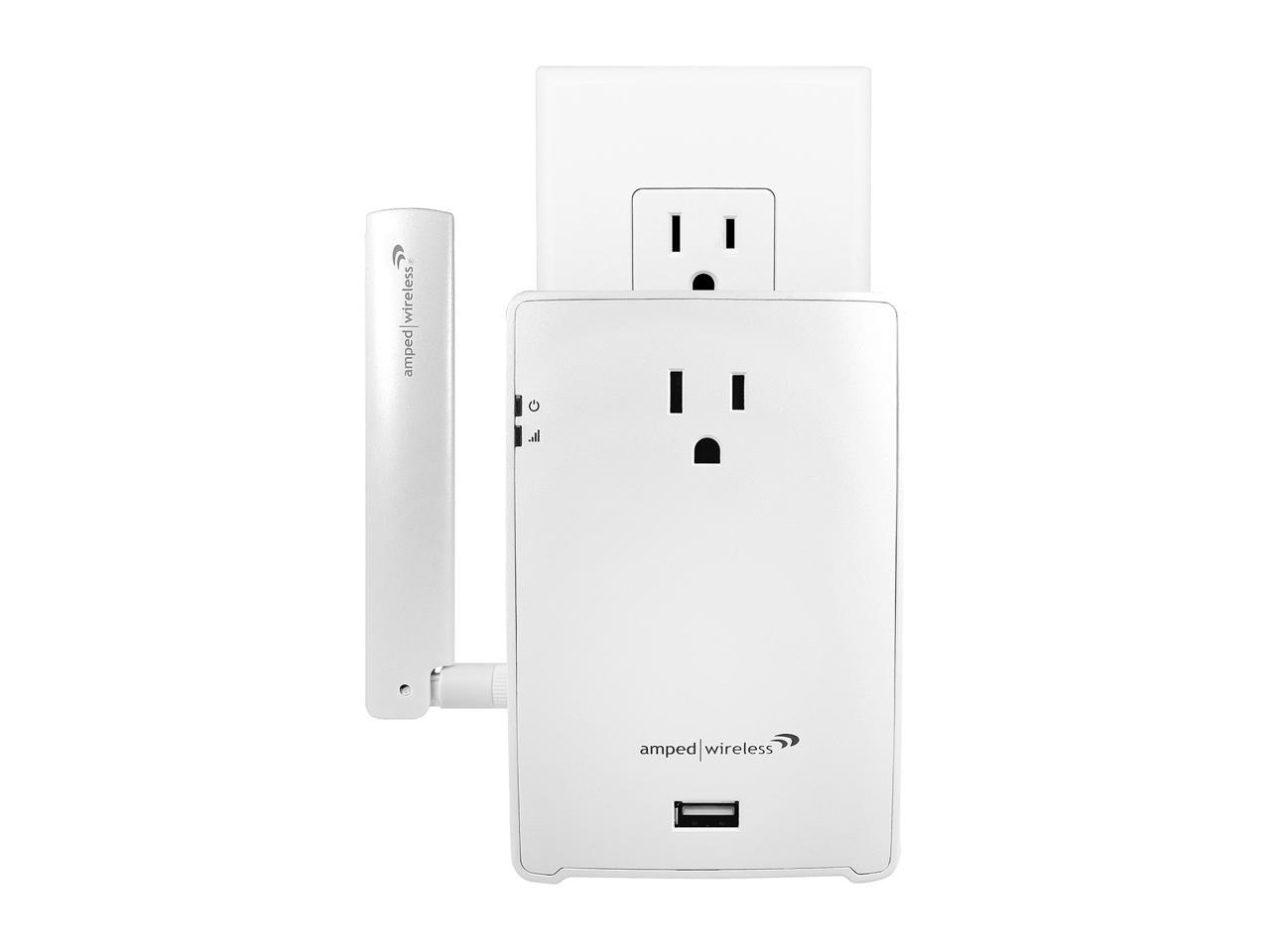 Be the first to review this product...
In stock.
Ships from United States.
Most customers receive within 4-9 days.
Overview
Specs
Reviews

This dual-band extender complies with 802.11ac standards and operates up to 300Mbps on 2.4GHz and 867Mbps on the 5GHz band for a total of 1,167Mbps wireless speed. A Gigabit Ethernet port is also built on board for wired connections to your TV, game console or streaming player. A pass-thru AC outlet retains the availability of your outlet when the extender is plugged in. And a USB port is integrated for fast charging of your mobile gadgets.

The REC22P expands the range of any standard Wi-Fi router by repeating the signal (2.4GHz and/or 5GHz) and redistributing it in a new, extended location. Next-generation 802.11ac Wi-Fi technology provides Wi-Fi speeds up to four times faster than 802.11n. Making it an ideal extender for buffer and lag-free HD video streaming onto multiple devices at once. AC1200 Wi-Fi speeds provide up to 300Mbps 2.4GHz connections and up to 867Mbps 5GHz connections, simultaneously.²

Bring more range to your network with high-power amplifiers and high-gain antennas that provide powerful Wi-Fi coverage for hard-to-reach areas in your home or office.

These routers feature exclusive technology that increases overall speed and performance by streamlining dual-band network traffic through a single Wi-Fi frequency band between your router and the range extender. Stream HD media without buffering, transfer large data files faster and play your games without lag.

A pass-thru power outlet allows for discreet installation without losing the use of your power outlet. The integrated rapid-charging USB port is a bonus feature that charges your mobile devices in less time.

Connect a wired PC, server, printer, or A/V device, such as a smart television, Blu-ray player or game console at gigabit speeds with the included wired network port.

You're in control! Smart security features allow you to restrict access to specific users, set a daily time schedule for when the network is available and control how far your extended wireless network coverage reaches through wireless output-power adjustments. The range extender also supports secure push-button setup for WPS-enabled devices.

With the small design of this range extender, you can discreetly place it in any room in your home or office without taking up shelf or wall space.

Works with all Apple networking features for use with your iPads, iPhones, AirPlay speakers, AirPrint printers and more.

The range extender works with all brands of standard single-band (2.4GHz) or dual-band (2.4GHz and 5GHz) wireless routers and service-provider gateways. The REC22P simultaneously extends both 2.4 and 5 GHz networks to deliver maximum wireless speed and bandwidth.³

Add up to eight additional wireless networks for other rooms or offices. Each network can be customized with unique passwords and bandwidth restrictions for guests.

The Setup Wizard connects your range extender to your home or office Wi-Fi network in minutes. Simply connect your PC, smartphone or tablet to the range extender's Wi-Fi network, enter the setup URL, scan for your wireless network, select it and you're done!

The signal-strength LED gives you instant feedback on the connection between the range extender and your home network. Green, yellow and red lights atop the device convey whether the extender is in an optimal, moderately-optimal or poor installation location.

1. Range specifications are based on performance test results. Actual performance may vary due to differences in operating environments, building materials and wireless obstructions. Performance may increase or decrease over the stated specification. Wireless coverage claims are used only as a reference and are not guaranteed as each wireless network is uniquely different. Maximum wireless signal rate derived from IEEE 802.11 standard specifications. Actual data throughput may vary as a result of network conditions and environmental factors. Output power specifications are based on the maximum possible radio output power plus antenna gain. May not work with non-standard Wi-Fi devices such as those with proprietary software or drivers. Supports all Wi-Fi standards that are compatible or backwards compatible with 802.11a/b/g/n/ac Wi-Fi standards.

2. All transmission rates listed, for example 300Mbps for 2.4GHz and 867Mbps for 5GHz, are the physical data rates. Actual data throughput will be lower and may depend on external factors as well as the combination of devices connected to the router. AC1200 wireless speeds are achieved when connecting to other AC1200 capable devices.

3. May not work with non-standard Wi-Fi routers or routers with altered firmware or proprietary firmware, such as those from third party sources or some Internet service providers. May not work with routers that do not comply with IEEE or Wi-Fi standards.