OUT OF STOCK
Sold and shipped by: My Goods My Goods

Purchases from these Sellers are generally covered under our Newegg Marketplace Guarantee.
2,471 Ratings (73% Positive)
Sold and shipped by: My GoodsContact Seller
Ships from United States.
2,471 Ratings (73% Positive)
On-Time
Delivery
76.42%
Product
Accuracy
85.17%
Customer Service
Satisfactory
71.79%
View All Seller's Reviews
This item is currently out of stock and it may or may not be restocked.
Out of Stock
Add To Wish List 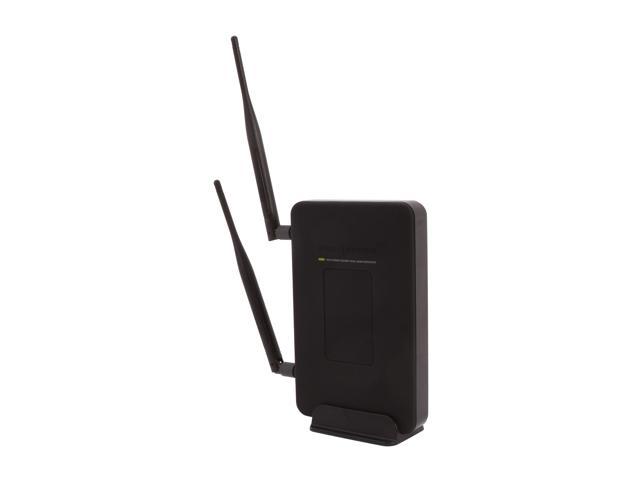 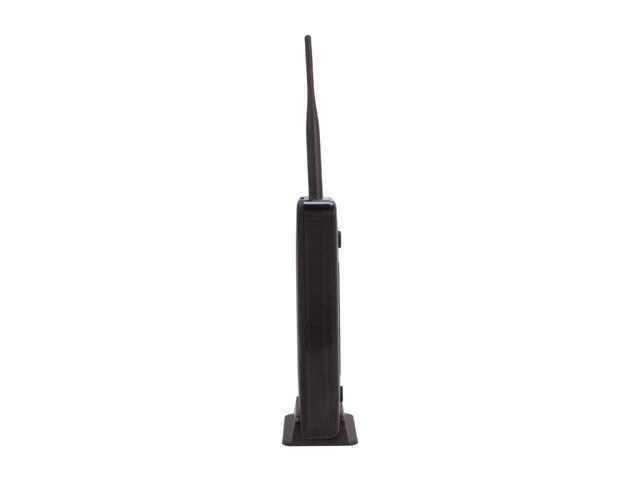 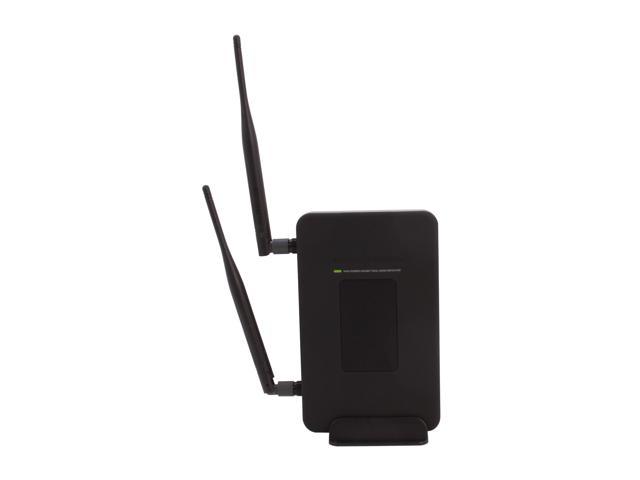 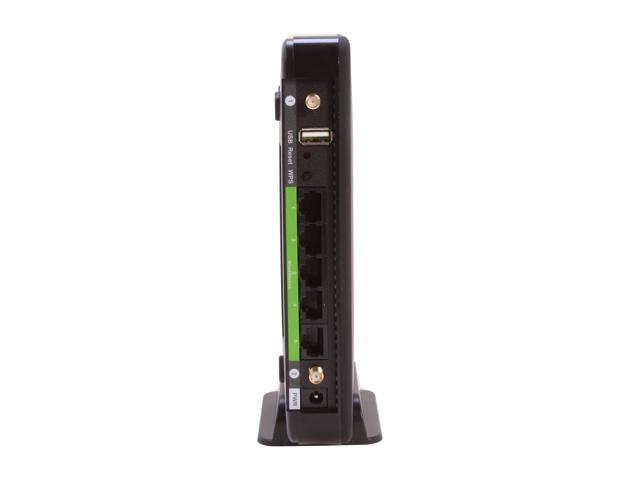 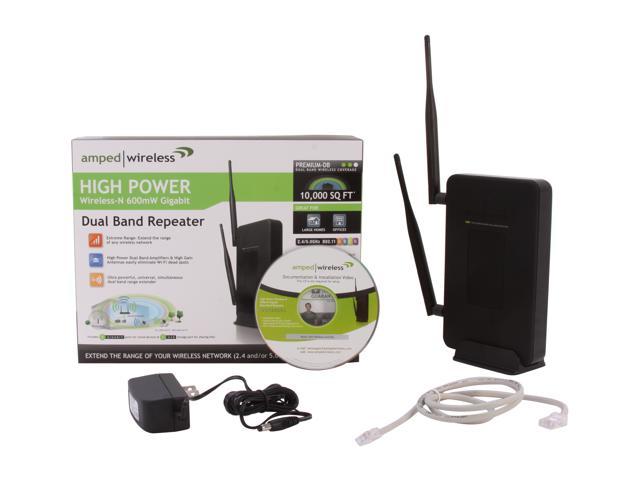 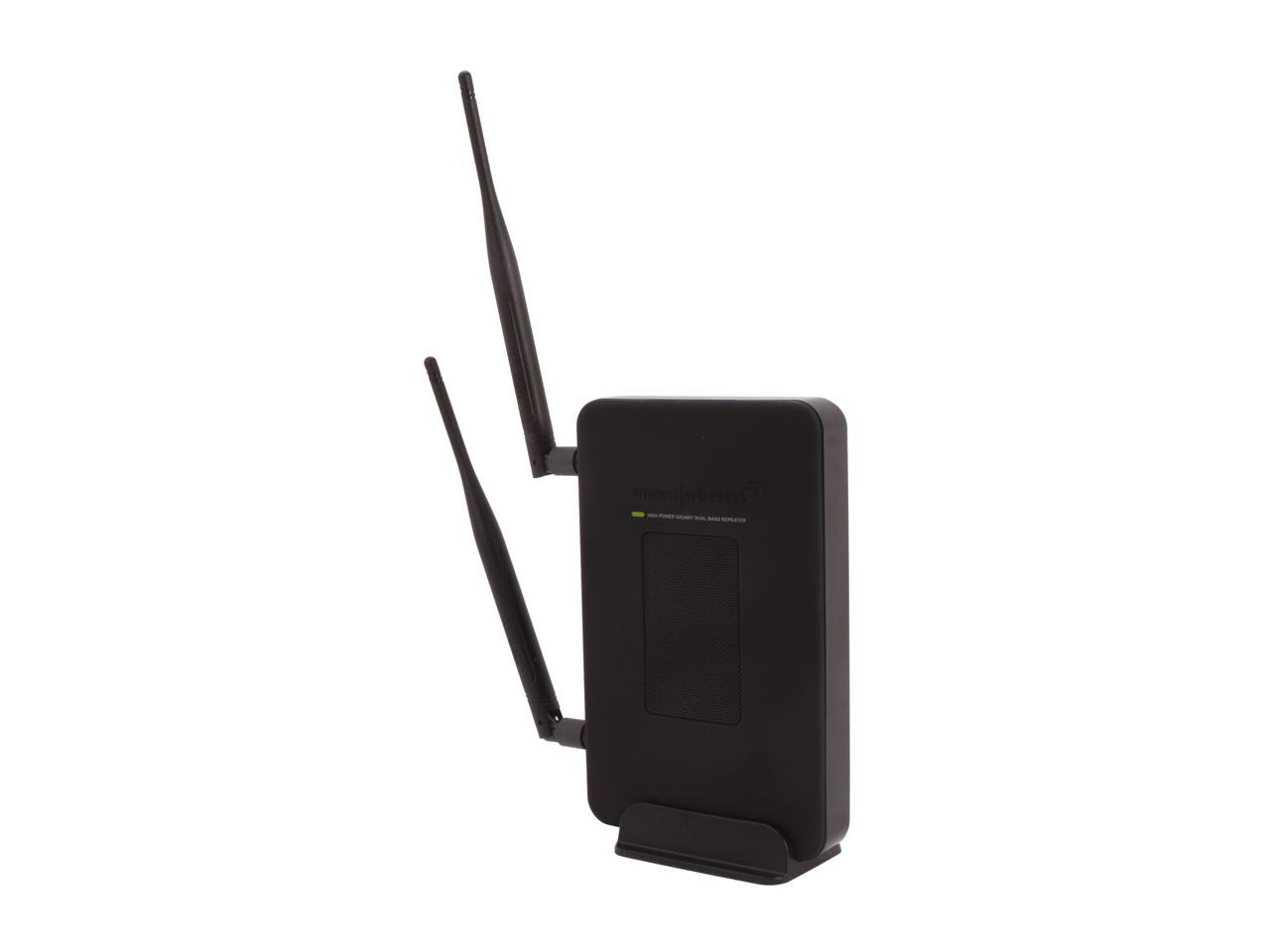 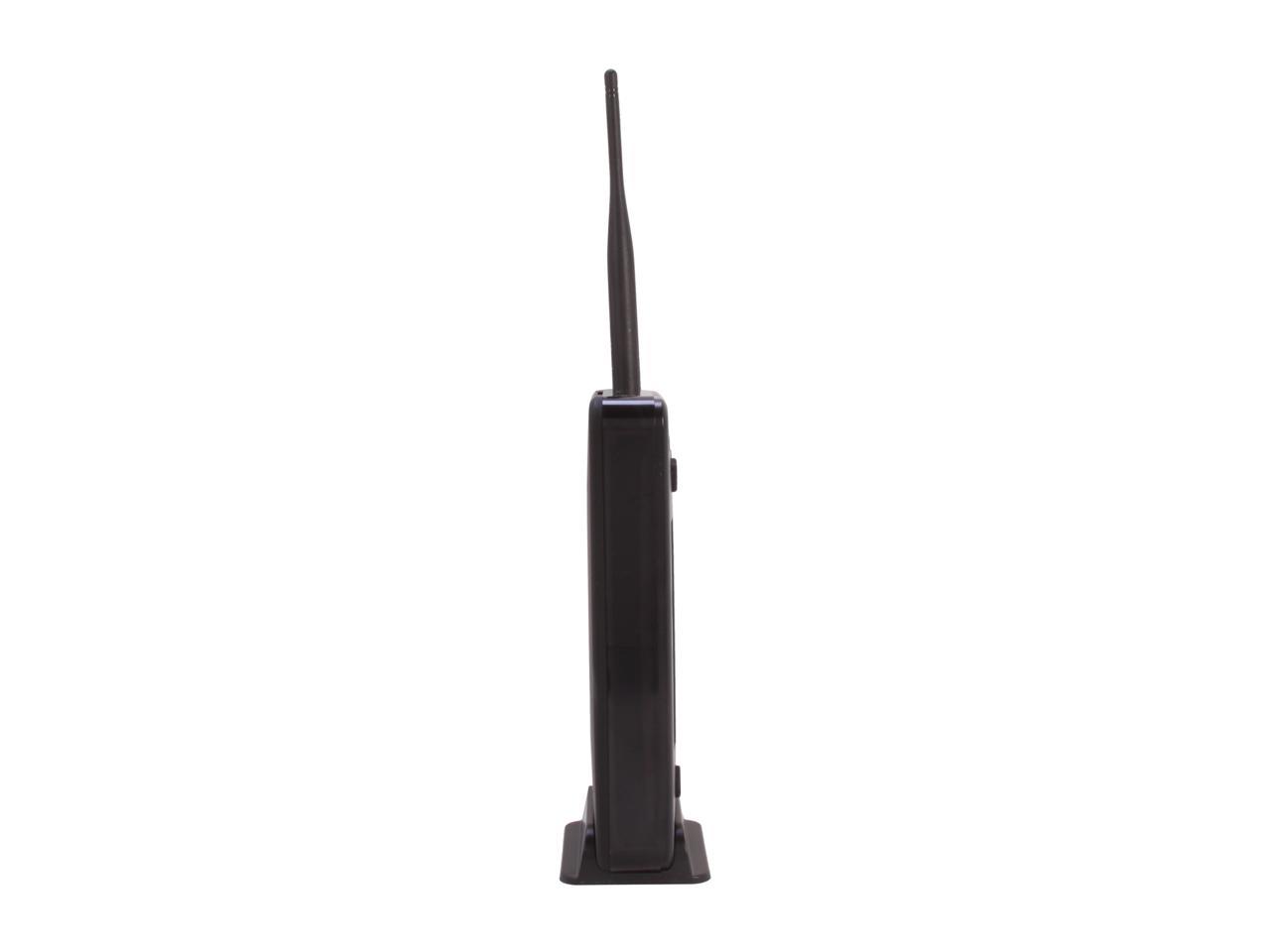 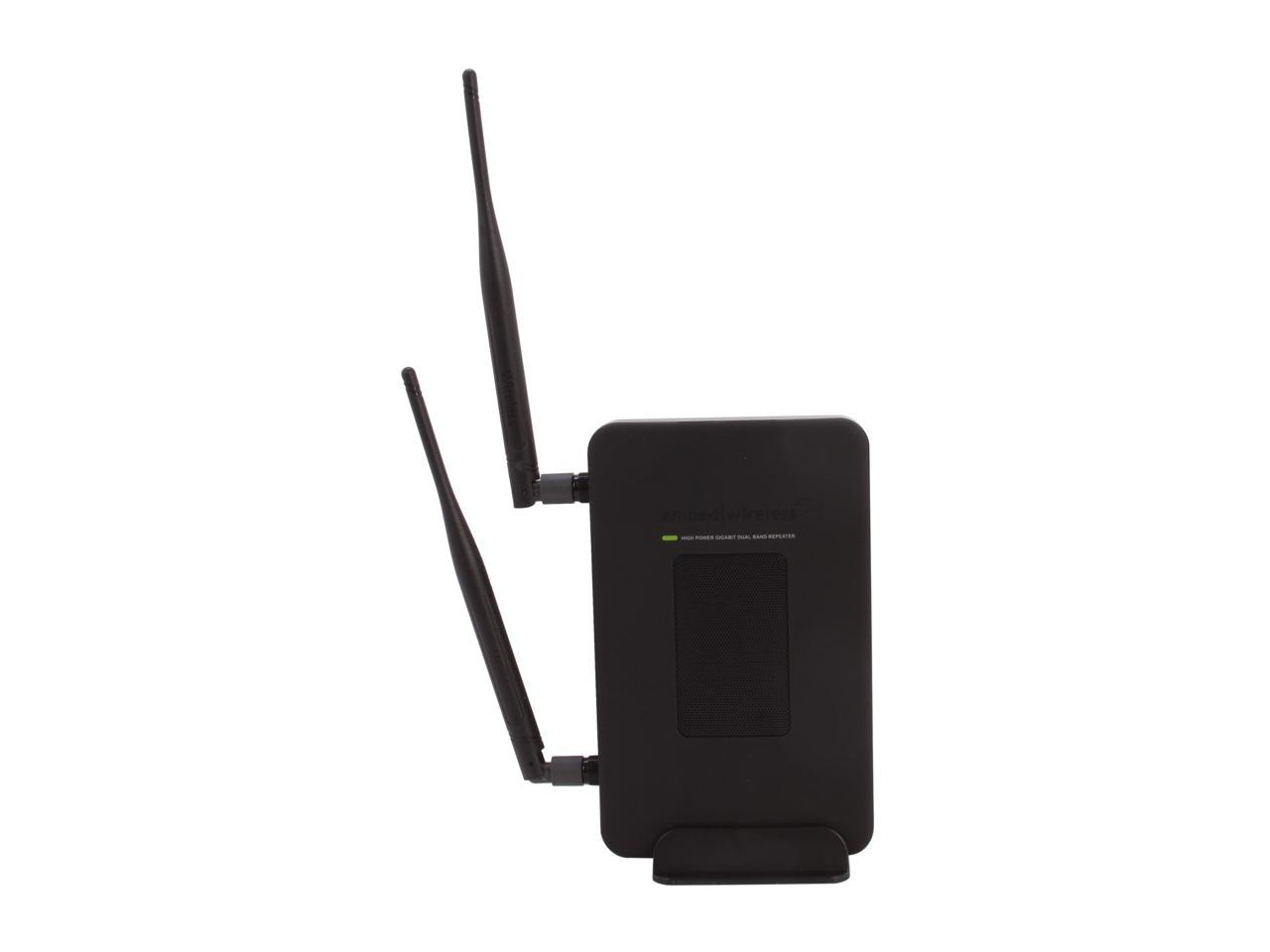 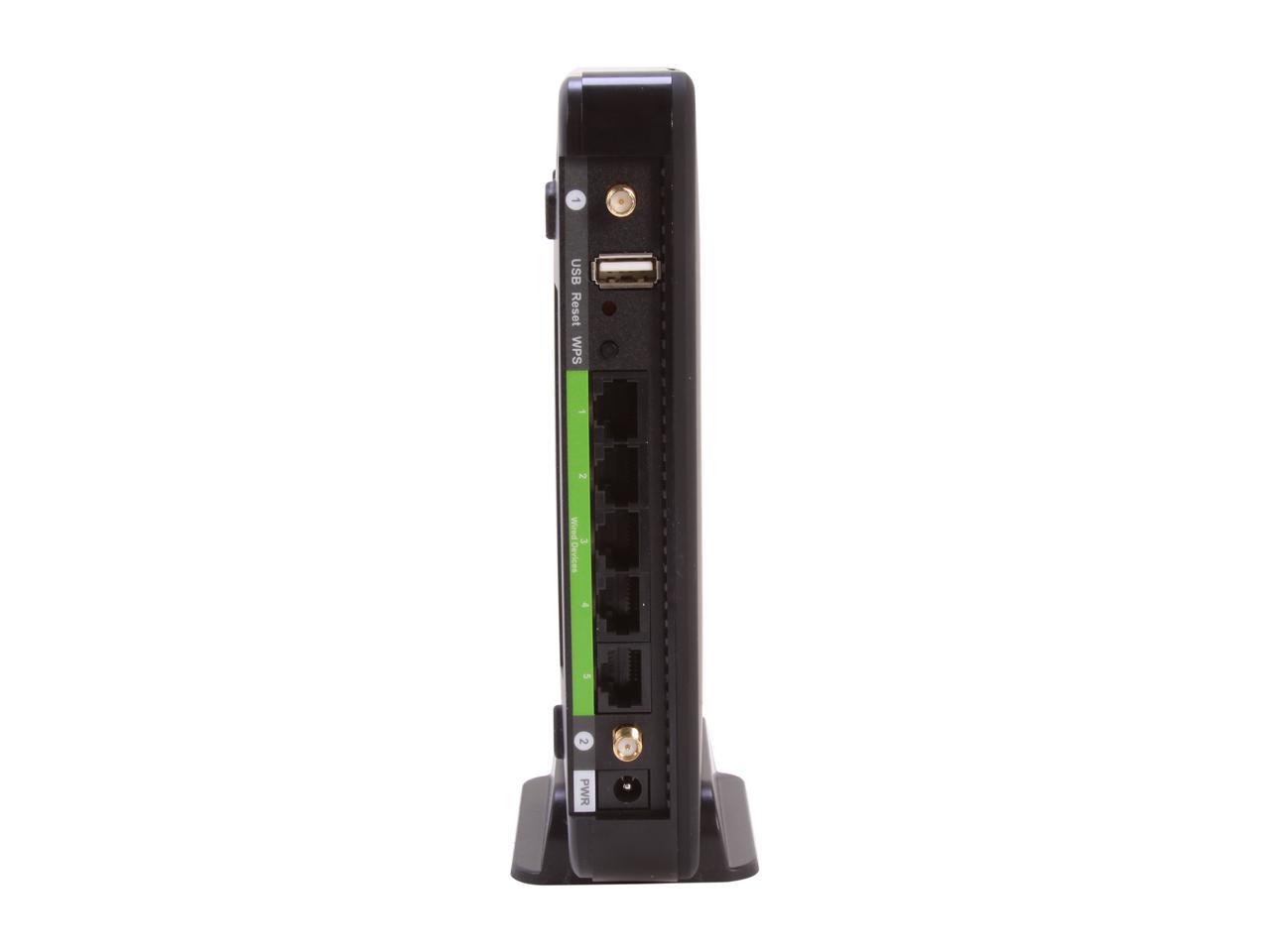 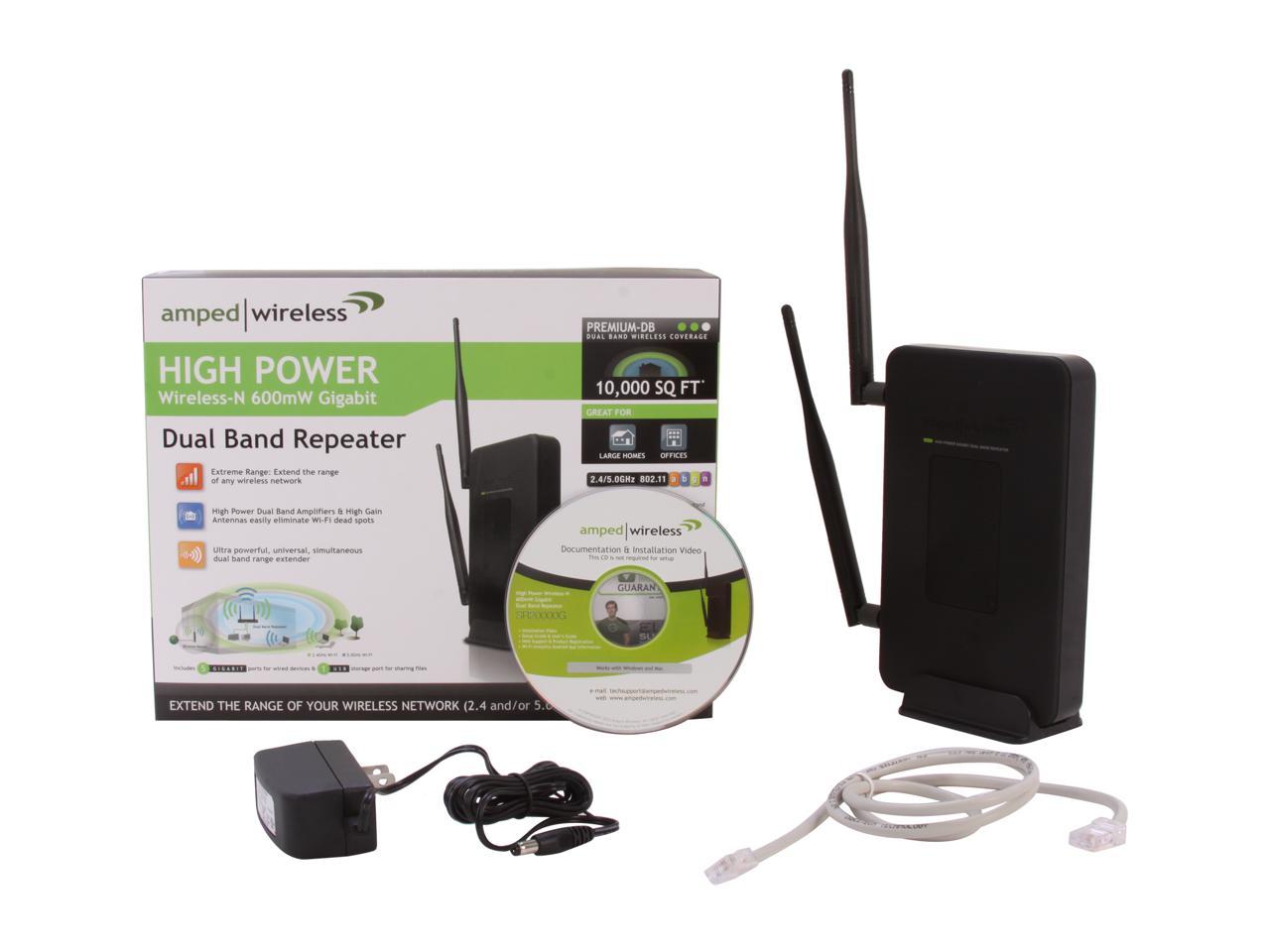 Pros: - Nice-looking web interface (see cons though) - Sleek design of the hardware; looks nice. - Antenna range seems to be high so I'm able to pick up a signal from this device in areas I can't pick up other devices when they are placed in the same spot.

Cons: - There are some serious issues with features a power-user would use. Their manual states that it's able to do things that it is NOT able to do. For example, the manual shows screens that allow you to set up static IPs on devices, etc. This is not actually available in the latest firmware. After contacting support they initially claimed it was a feature only available in routers but when I pointed out the manual and the screenshots they stopped responding to my emails. - The device states it can pass DHCP from the router it connects to on to the client devices OR act like a DHCP server itself. In reality though, there are problems. For example if you assign this device a static IP on the router it connects to it will initially get that IP, but if it loses it's wireless connection for any reason and it can't reconnect quickly enough it decides to use a completely new IP and starts acting like a DHCP server for the client devices. All traffic to the router ceases to work at this point

Overall Review: Regarding the DHCP issue -- I'm seeing this most often when the router is restarted for whatever reason. If it doesn't boot fast enough the Amped Extender fails to reconnect and obtain DHCP again (even though everything else can connect to the router just fine). It also starts it's own DHCP server on the same subnet which isn't cool. I __WOULD HAVE__ been able to work around this issue with the static IP features described in the manual, except for the fact those are missing as I mentioned. :( As a result I'm having to restart it daily because it runs in to this issue that often. If you don't have the need for these types of features it may be a worthwhile product, but not if you need those for your network.

4 out of 4 people found this review helpful. Did you?
Manufacturer Response:
We are sorry to hear about the issues you are having with your repeater. There is a setting to set the static IP fro devices. It is located in the More Settings | Network Settings | IP settings. There is an option for static IP, bu this can be used only when the device is a DHCP server. This device will hold the Static IP address when the DHCP mode is set to Disabled. You should be able to configure the device how you explained. If you need any assistance, give our US Based Elite Support a call and we can walk you through the setup.
Todd H.
Ownership: 1 day to 1 week
Verified Owner
Ugh...12/26/2012 1:23:58 PM

Cons: Absolutely horrible coverage. My old EnGenius ERB9250 works MUCH better than this thing. It wouldn't even boost the signal 100ft much less 10,000sq ft. My house is about 2500sq ft so I was trying to use this as an upgrade to 2 repeaters. I sat this item on top of my Linksys E4200 and the signal was still terrible. I'll never buy Amped Wireless items again.

1 out of 1 people found this review helpful. Did you?
Manufacturer Response:
We are sorry for the negative experience that you are having with our repeater. This is uncharacteristic behavior for the dual 600mw power of the SR20000G. This could be a defective radio or you may be communicating on a congested wireless channel. Log in to the Web Interface for your router and change the channel from 5-11 under the wireless settings. You can also download the free Amped Wireless Wi-Fi Analytics Tool off the Android Marketplace or from our website to assist you in choosing the optimal channel. If you would like, please give us a call and any of our technicians can help figure the best channel for you to be on. (888)573-8820
Anonymous
Ownership: 1 day to 1 week
Verified Owner
Do not buy8/30/2012 6:22:33 AM

Cons: I bought this as an "upgrade" to my Hawking repeater. I have a Asus dual band router and wanted to try out a dual band repeater. The first one they sent was getting horrible signal strength 40- 50% on both the 2.4 and 5ghz and half the time couldn't even detect the 5ghz signal from my router (the Hawking repeater was getting 70%-90%, at least on the 2.4ghz) I made sure to match the channels on the router and repeater no change. I finally took a better look at the Amped repeater and found that where one of the antennas attaches was broken. RMA'd it. The second device came and still had the same signal strength problems 40-50% and wouldn't see the 5ghz half the time. Keep in mind that the Amped repeater was in the exact same spot I had kept my 3 year old Hawking repeater (today it was getting 82% signal strength). Do not waste your time or money on this!

Overall Review: On the first one they sent, the MAC addresses on the back of the repeater did not match the MAC's listed in the repeaters web page. I've been trying to "upgrade" my Hawking repeater to a dual band repeater for 6 months now. Have yet to find one that's as easy to set up or as reliable.

1 out of 1 people found this review helpful. Did you?
Manufacturer Response:
We are sorry to hear of you negative experience with our repeater. The 5GHz network does not have the same range as the 2.4GHZ. The repeater sounds like it is out of the rang of the 5GHz network, you need to maintain a 70% signal to keep a stable connection.
Deepa C.
Ownership: less than 1 day
Verified Owner
Range Exteneder That Works12/8/2013 12:15:50 PM

Cons: Had to repeat a couple of the steps, it was hard to figure out what went wrong.

Overall Review: Check out the lower level amped products to see if they would be a lower cost solution. I picked up this model based on a friend using it.

Pros: Got $20 off with that promo which ended on 09-16-13. Luckily I ordered it the day before. Arrived today and got it up and running within minutes. This is just like the Netgear WN2500RP but with 5dbi antennas so it has farther range. All my systems and devices connected at full bars. No hassle setup. Configured the USB storage part and it became extremely convenient when I want to download files to and from external hard drive.

Overall Review: Connecting this unit with UA1000 was really cool. Do not want to use my neighbor's wifi when I am over for a visit due to their connection is really bad.

Pros: None that I can find. One pro. It is returnable

Cons: I bought this to use as a wireless to Ethernet bridge. Basically turning off both extended wireless radios. First it can't connect to my netgear 5g router that is 20 feet away. Okay so I setup 2.4. It works but the thru-put speed is DISMAL! I was only able to get about 3mbs. THREE! That is disgusting. Using a 14 dollar USB TP-link going to the main router nets over 100m. Back in the box for this thing. Definitely doesn't work.

Did you find this review helpful?
Manufacturer Response:
Dear No Apples please, We are very sorry to hear about the negative experience you've had using your SR20000G. If it's not too late, please feel free to give us a call at 888-573-8820 and we would appreciate the opportunity help you with any inconveniences you are facing. Or, if you prefer, you can also send an email to techsupport@ampedwireless.com with your contact information, I will have a supervisor contact you ASAP.
Samantha K.
Ownership: 1 day to 1 week
Verified Owner
HARDCORE COVERAGE!11/21/2012 1:33:03 PM

Cons: none at the moment!

Overall Review: I really like this repeater. I really wanted to have even more coverage in spots that my AP20000G didn’t cover at the other end of the property because I really wanna be able to watch youtube vids anywhere around my house. I can stream HD vids from 120 ft away and SD vids will play with very little buffering from 215 ft away. My readings using the amped wireless tool for android (amped recommends you use it and it's really neat!) are: 215ft@ 58% at -81dBm and browsing works faster then 3G from that distance. Speedtests show around 120Kbps at that distance with a ping of 300 some. My “3G” is worse than that sometimes. That’s a good thing because it saves on data usage… LOL. The 3G in my area is pitiful. I am so glad I got the repeater. I can hang out at the neighbor’s house and still have my own net access because I don’t want them snooping into what I’m doing. I can also watch youtube vids there too with no problems. This thing works just like my AP20000G but it makes it farther! It also has neat features like wireless bridging, where I can hook up wired clients to the SR20000G and the connection is wireless from the repeater to the access point. This is nice when you don’t wanna run long cables under an icky house or the layout is wonky but you gotta use a desktop PC without a wireless USB or whatever. That’s awesome! Most repeaters don’t have that! I have a desktop in another part of the house and I am so sick of tripping over the darn cable all the time… and my hubby is too lazy to run it in the floor. LOL…. Note that my house is mixed construction from varying years. It was built in 1910 and has had several renovations spanning several decades so it's got a diverse mix of materials and densities. Some walls are plaster and very thick. I also have dropped ceilings in 3 rooms.

Pros: Easy installation. Great range. My home has a metal roof. As a result, I did not have coverage in my bedroom. This solved the problem without dropped signals. I also now have extended coverage outdoors. Great product that works as promised. Highly recommend!