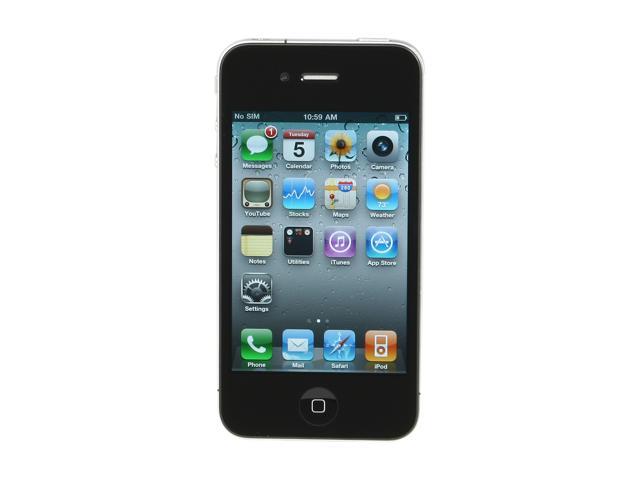 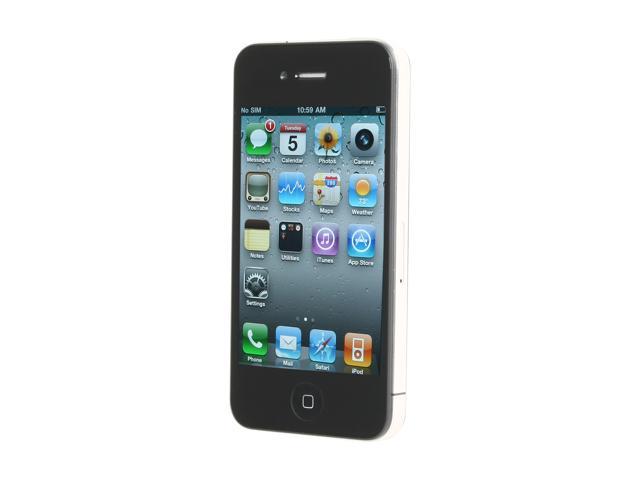 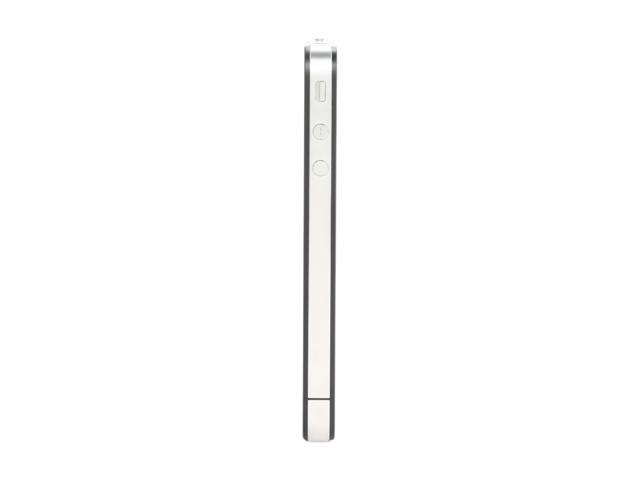 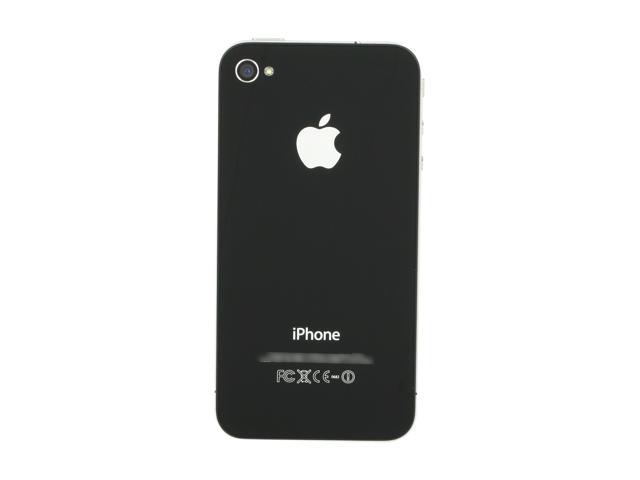 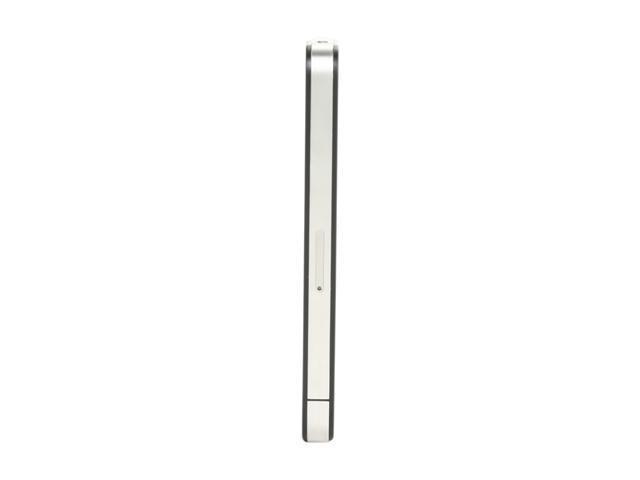 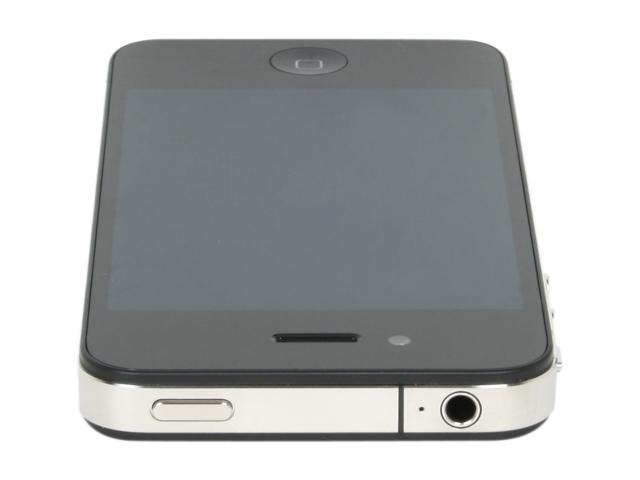 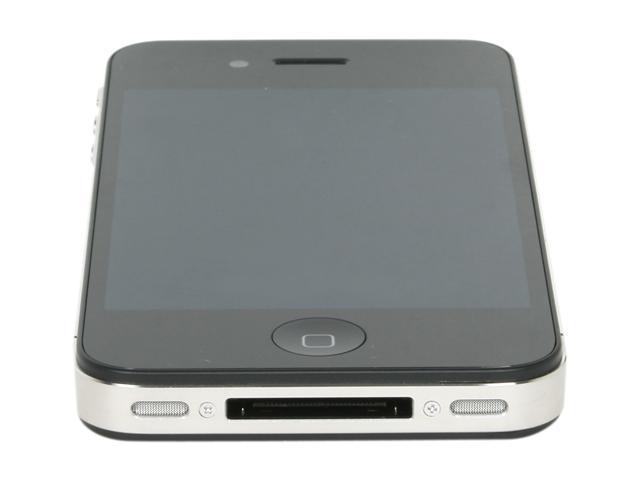 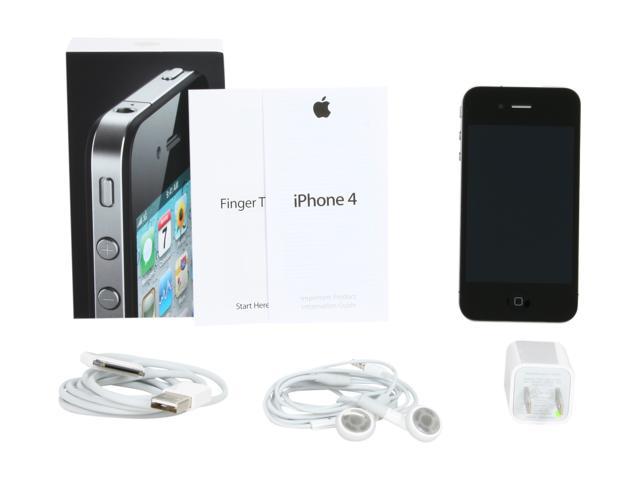 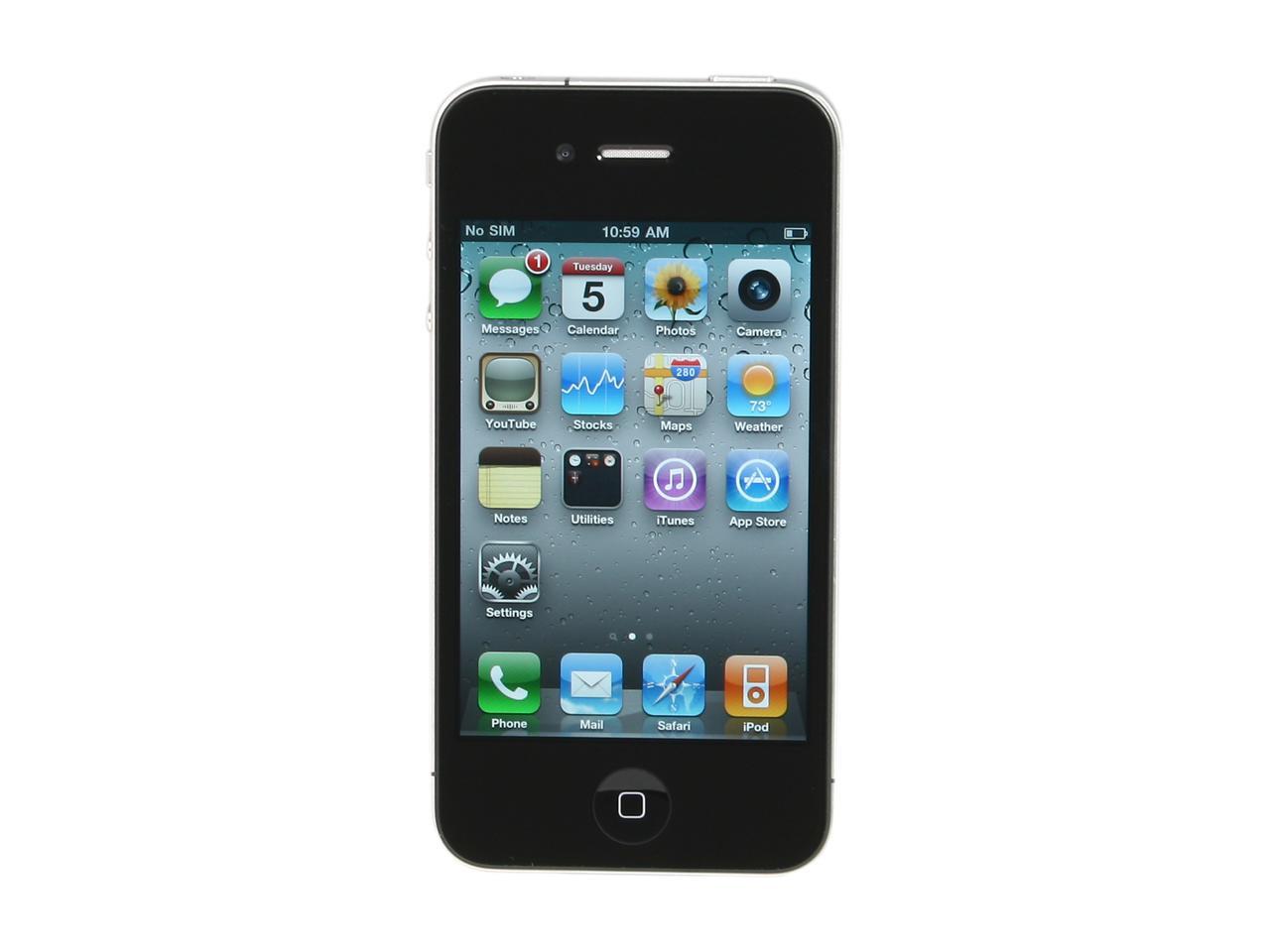 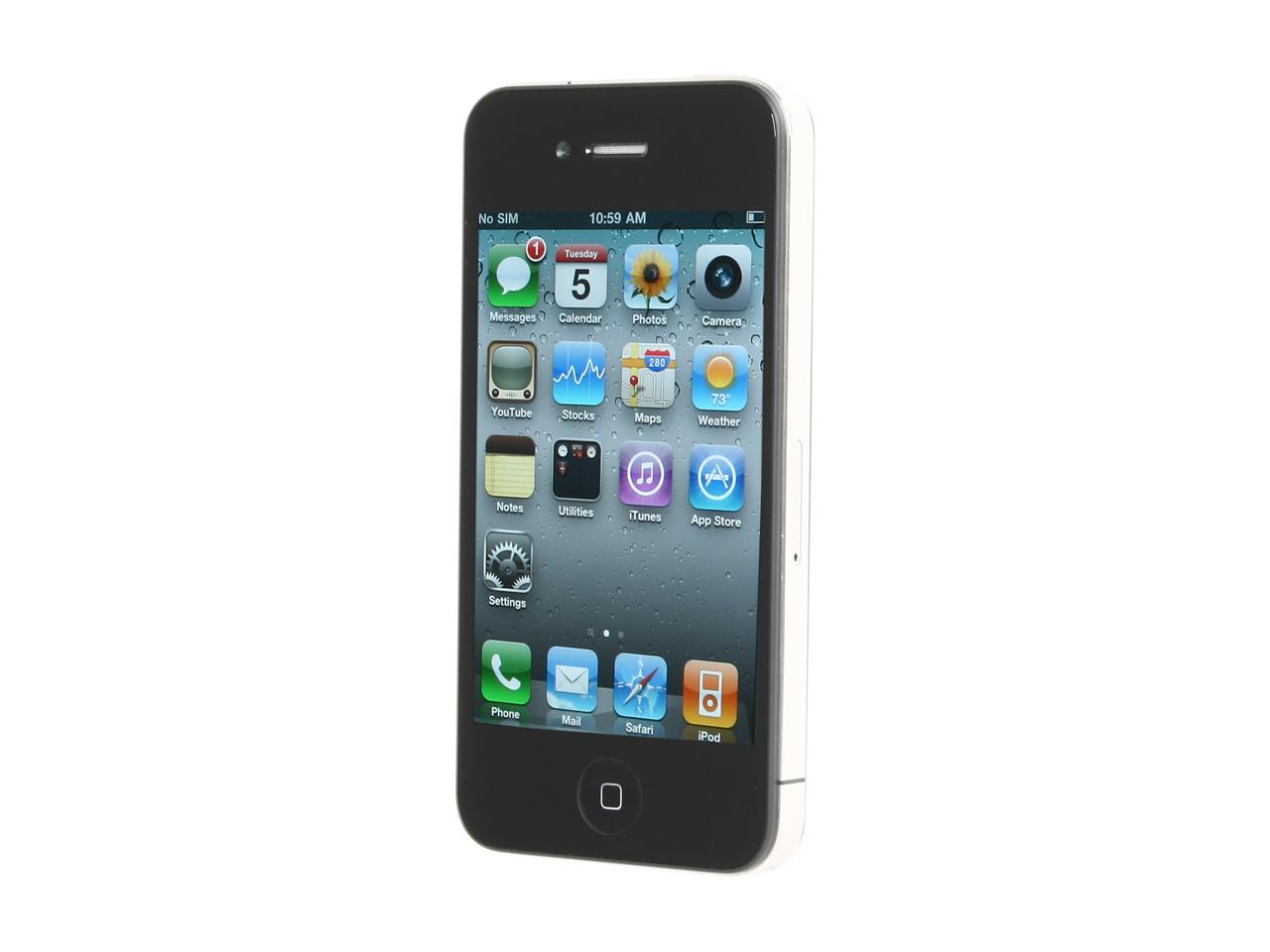 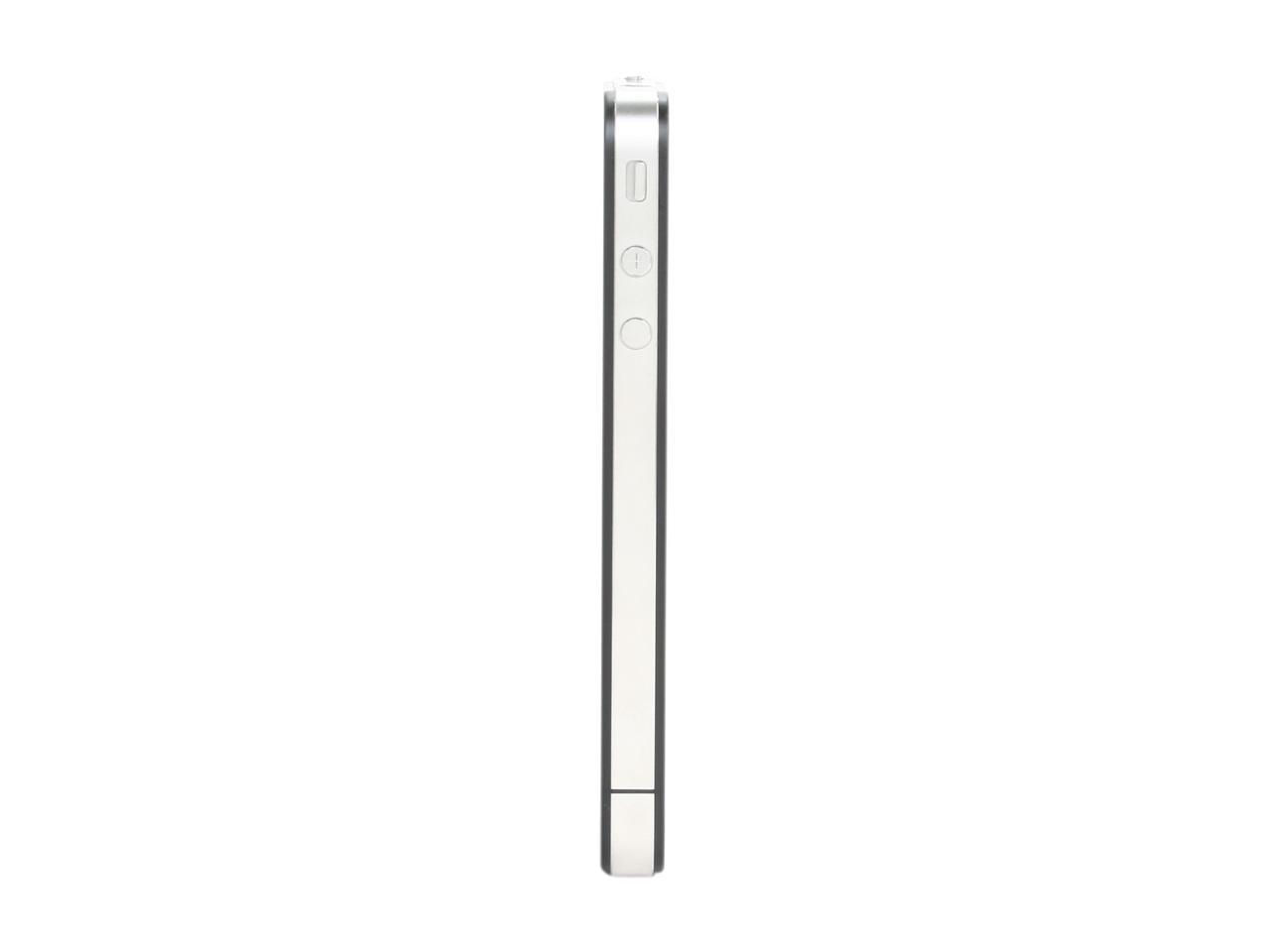 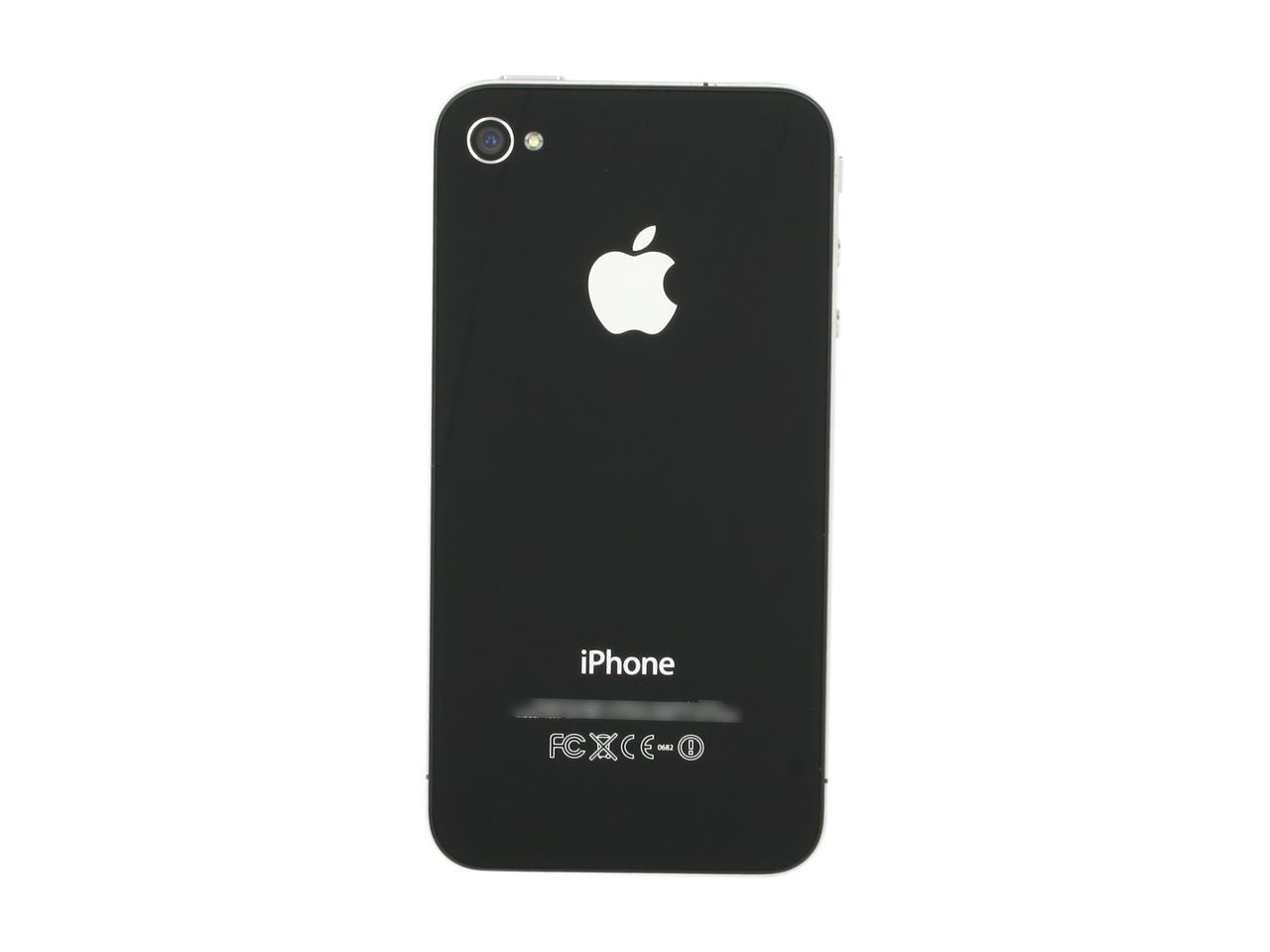 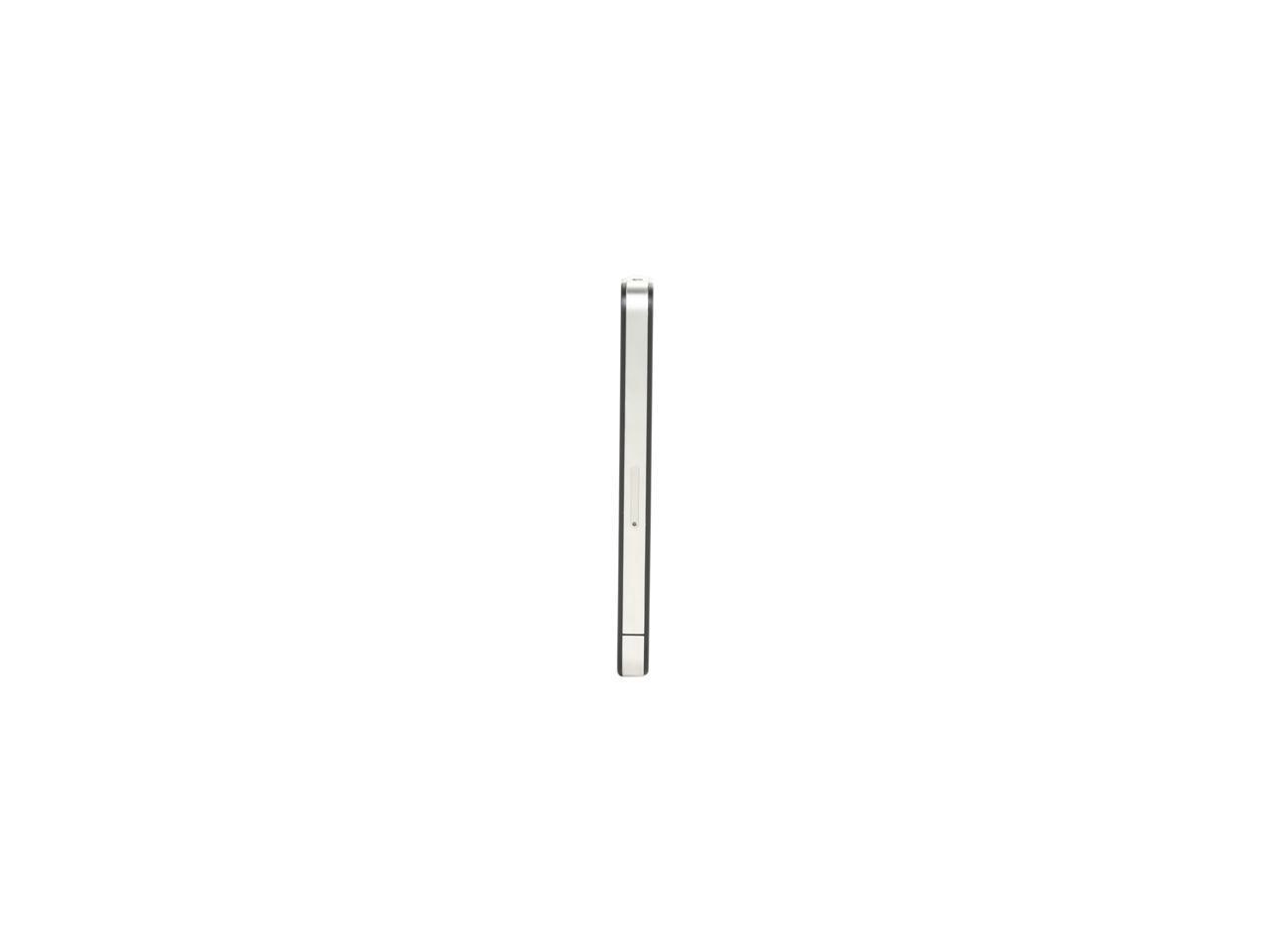 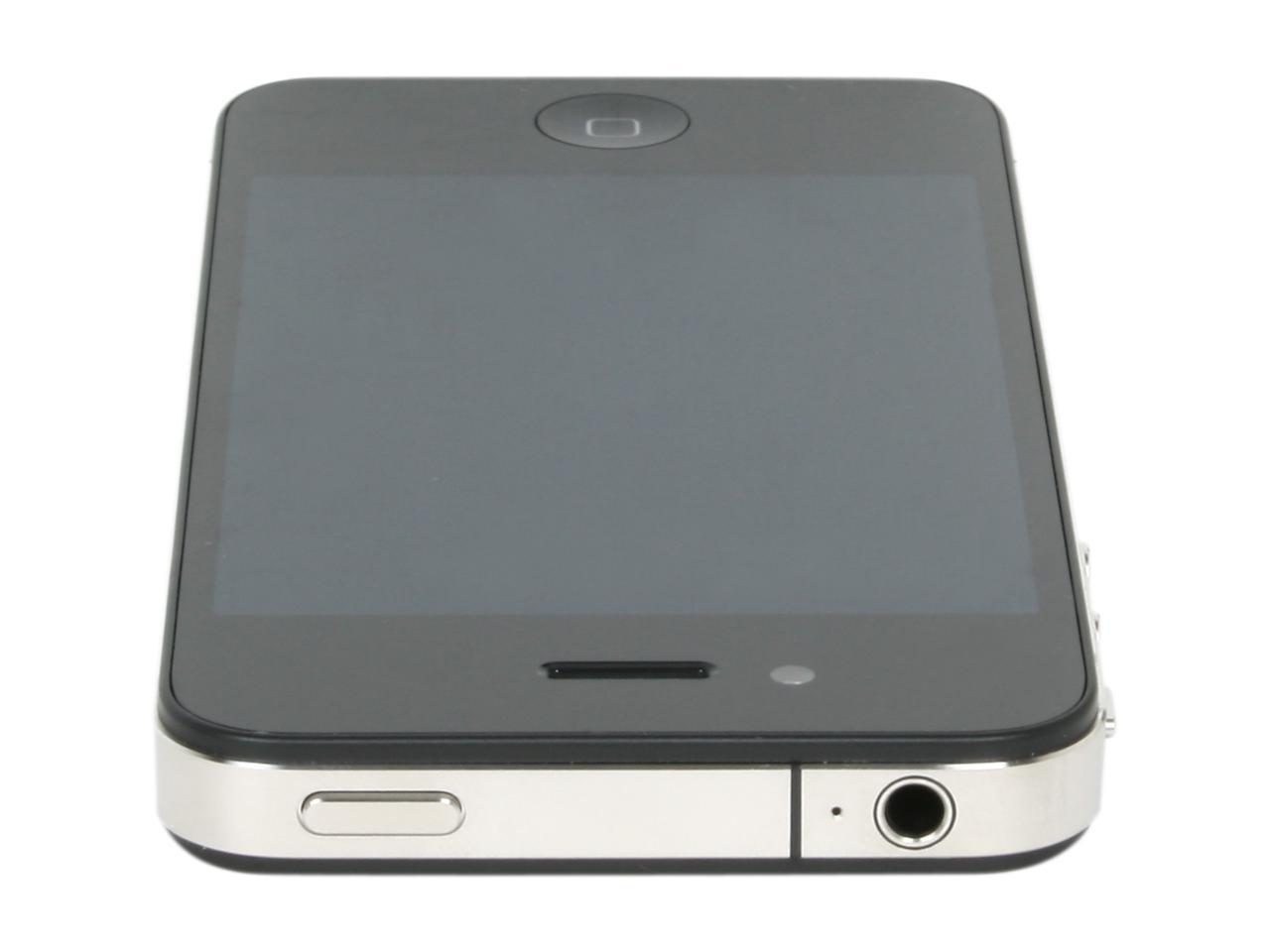 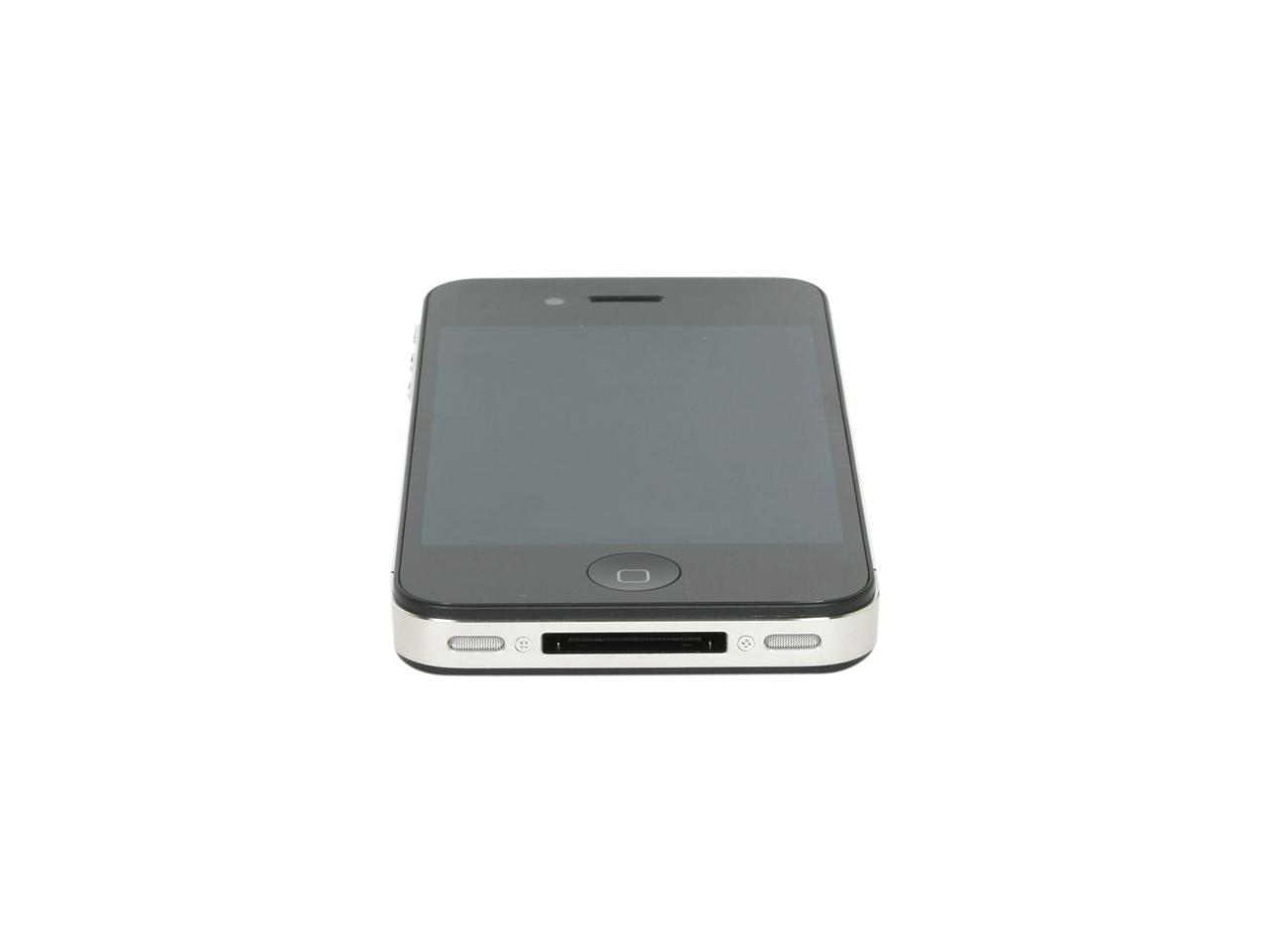 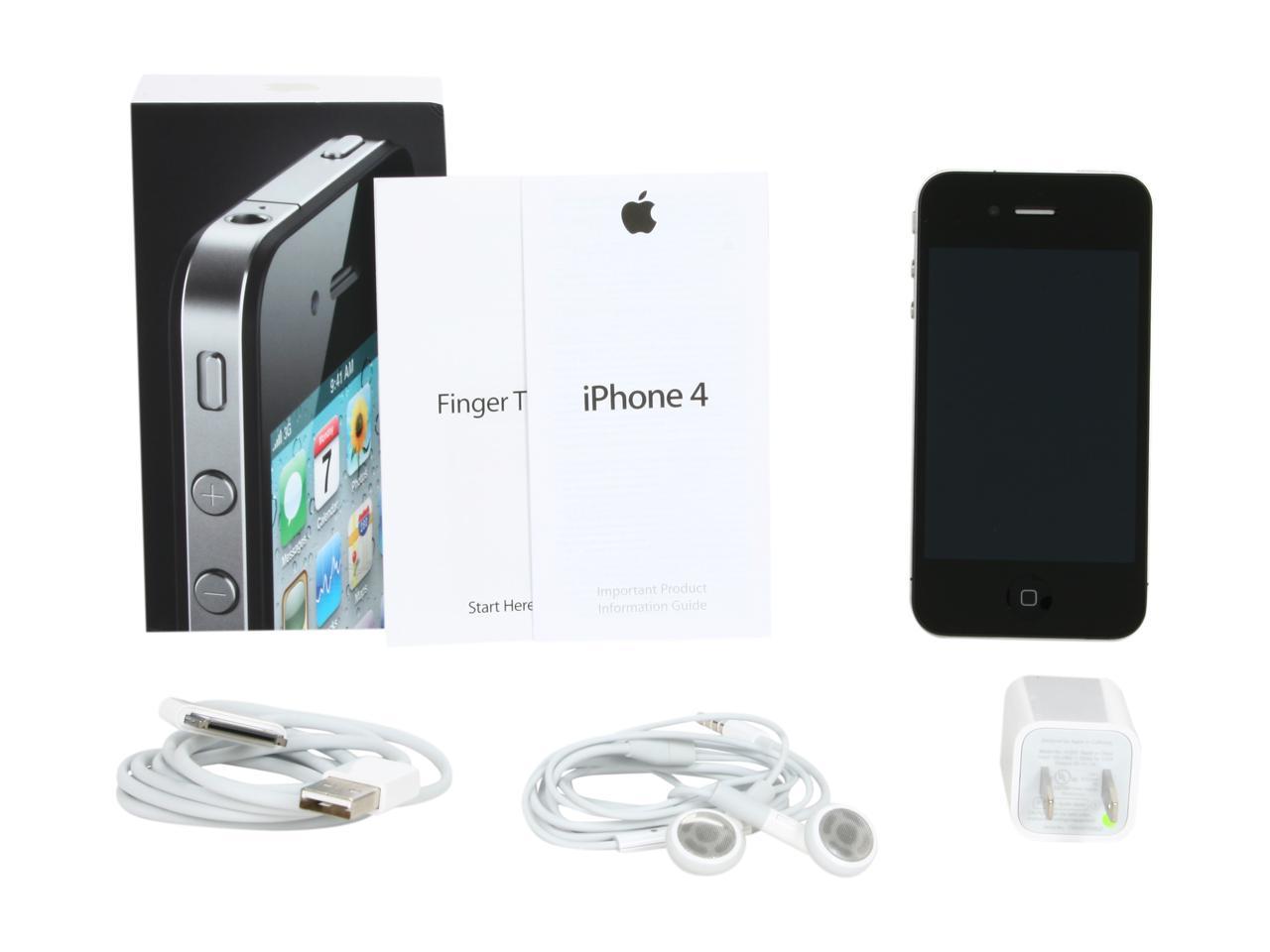 (11) Write a Review
OUT OF STOCK.
Overview
Specs
Reviews
When creating iPhone 4, Apple designers and engineers didn’t start with a clean sheet of paper. They started with three years of experience designing and building the phones that redefined what a phone can do. iPhone 4 is the result of everything they’ve learned so far. And it’s all contained in a beautiful enclosure a mere 9.3 millimeters thin, making iPhone 4 the world’s thinnest smartphone.
With its easy-to-use interface, amazing features, and rock-solid stability, iOS — Apple’s mobile operating system — is the foundation of iPhone. And even as other phones try to catch up, the technologies and features built into iOS 4 keep it years ahead of the competition.

Learn more about the Apple MC318LLA

Pros: Bought these suckers for $609 a pop and unlocked them myself, much cheaper then other online sites or auctions.

Cons: None, this is the greatest phone ever.

Pros: - Unbeatable app selection - Takes great still photos - Crazy resolution. Sharp picture, even right up close - Remarkably responsive and zippy interface - Fast data speeds, 3G faster than my 4G devices in many cases - Nifty little hardware switch on the side to toggle silent mode - useful at work, in school, or seeing a movie where you don't have to take it out of your pocket to adjust.

Cons: - Despite the capabilities of the many apps available, apps are only as powerful as the OS that executes them, and the iphone's OS severely lacks functionality and customization. You have to do without trivial smartphone features such as widgets, viewing flash objects, file explorer, multitasking, et cetera. - Despite the hype built-up over its HD video, it flickers, speckles, and has warbly artifacts. Any remotely fast motion distorts. Also, the camera flash is rendered negligible beyond 12 feet or so. - Though the screen has a very high resolution, it has poor contrast, narrow viewing angle, bright blacks, and a refresh rate/response time that doesn't keep up with fast action. - No hardware upgrades. No expandable memory or replaceable battery. - Proprietary port instead of USB. Expect to pay extra for basic adapters and docks.

Overall Review: Overall, a well-polished device that anyone can pick up in a few minutes and be using basic smartphone features in no time. However, power users, tweakers, and geeks are well-advised to look elsewhere.

Cons: Death grip is very annoying Phone does not support adobe flash player... 3G speed is significantly slower than the iPhone 3GS. I get 2-3 bar connections in places I used to get 5 bars with the 3GS. Many of my friends have this problem as well. The coverage is very poor for the phone. The 3G internet speed is much, much slower than the iPhone 3GS. Almost everyone who I ask in my school notices this as well. Sometimes it takes 30 seconds for a page to load. However, sometimes the speed gets very fast. It all depends on when you are using it. It is uncomfortable holding this phone in landscape mode, since it has a rectangular back. Accessories are extremely expensive for this phone. A good case is $25+, a decent screen protector is $15+... Has much less capabilities compared to Android phones. Android phones are cheaper and can do more than the iPhone. I highly recommend you take a look at phones such as the Samsung Captivate, HTC HD2, and HTC Droid Incredible before buy

Overall Review: I am disappointed. I could have saved hundreds of dollars if I bought an Android phone, which has much more capabilities than this, and it can run Adobe Flash. Don't get this phone if you don't want to waste your money.

Pros: Self containing unit without flaps or battery doors. Stbrong

Cons: Cute looking device that has more status than functionality. The new 4.2 OS can only print to a few HP printers with WiFi. The phone reception is very spotty and the battery life still isn't any better than an android that costs half the price.

Pros: It's the iPhone 4! Like it or not, it does every thing and more Apple says it does in their commercials.

Cons: I was hoping to keep the glass front and back scratch free but didn't clean out my case as often as I should have. I put a little too much stock in Apple's claims but that's completely my fault. I'm leaving this 'con' only to let people know it's not totally bullet proof :)

Overall Review: *I'm sure I'd be fine with any of the new Android phones or maybe even the new W7 phones... I've just gotten used to the ins and outs in terms of how I want to use a phone. While I bought the phone stratght from Apple's website, Newegg's pretty exact photos make me confident that if i ordered an iPhone 4 GSM from them, it would be exactly what I expected.

Pros: I fit in with the cool Apple sheep.

Cons: Overall this phone is trash. I went against what everyone was claiming with the signal problems, thinking it was just Apple hate, but it is most definitely true. This phone doesn't offer much at all over the 3GS. I've given up on Apple products, they have ceased to amaze me when the competition is so much better.

Overall Review: I was able to return it for a full refund and got an HTC EVO. MUCH better phone for $200 less.

Pros: Beautiful display, very responsive, great app store, takes incredible pictures/video, excellent battery life, VPN works great with Cisco, clear calls, great reception in my area (South Fla) and bluetooth works great. Everyone complaining about the "death-grip", get a case! Why would someone purchase such an expensive device and not get a case to protect your investment? For the reviewer that said the accessories are expensive, what did you expect... it's an Apple product. If you would like some quality accessories at great prices, try the largest auction site on the web... $3 screen protector, $5 leather pouch case, $5 TPU case/bumper, etc.

Cons: The lack of Adobe Flash support does not bother me, haven't come across many issues. Adobe does have its issues and sites are converting HTML5 which is supported. Apple restrictions are a bit excessive but I imagine that's the only way they can keep the record industry and motion picture association at bay. iTunes does not sync your photos/videos. You have to either manually copy them or use third-party software (Picasa, etc) to take of this. iTunes is not the greatest, the alternatives I've found are ok but iTunes is the best for syncing the iPhone.

Overall Review: Dispite all the cons with the iPhone 4, it's still a great device that have revolutionized the mobile industry. Android is another great OS but it's still lacking when compared to the iPhone. I hope Android/Windows Mobile 7 does challenge Apple since competition is always a great thing for the consumer.