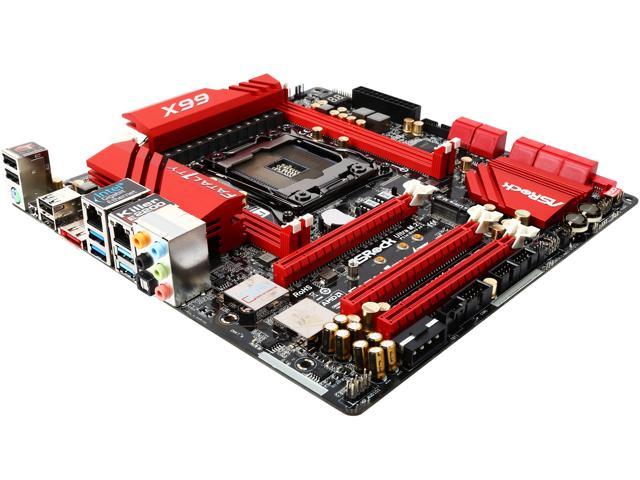 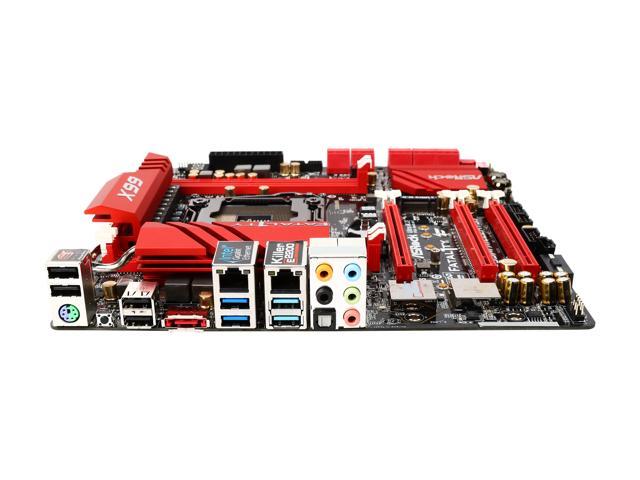 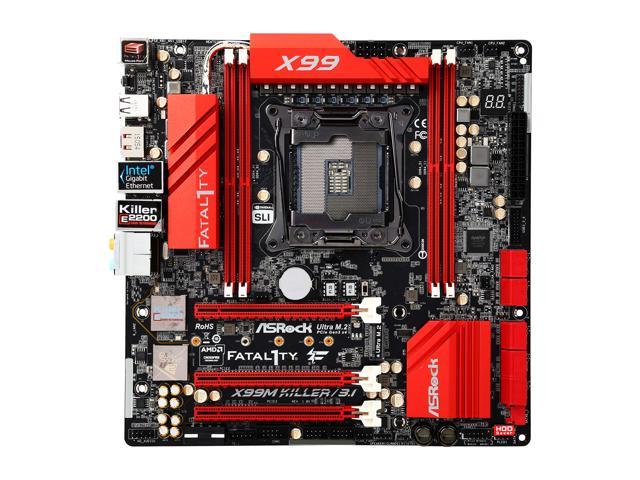 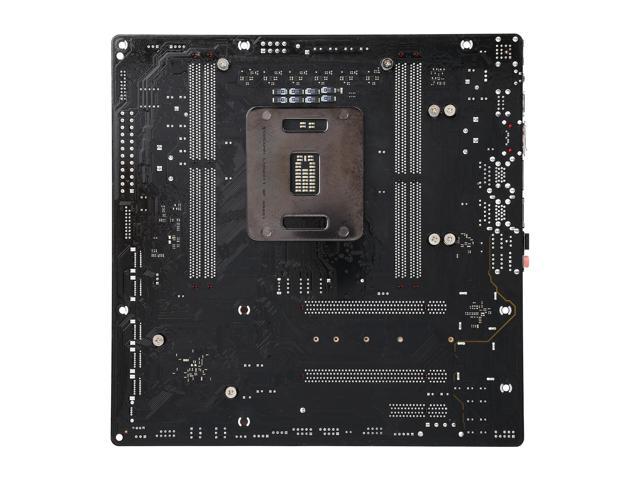 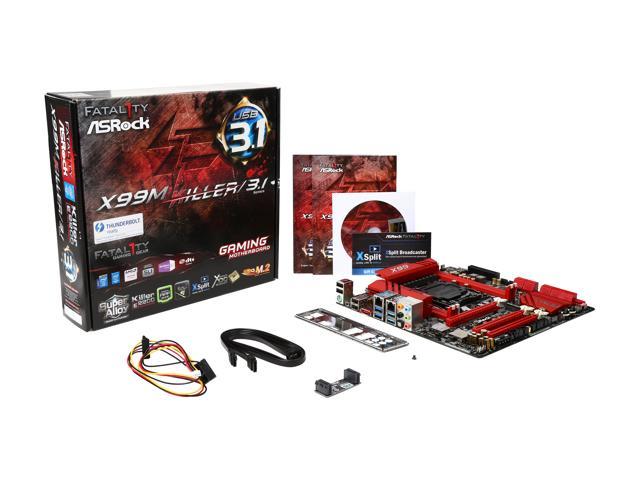 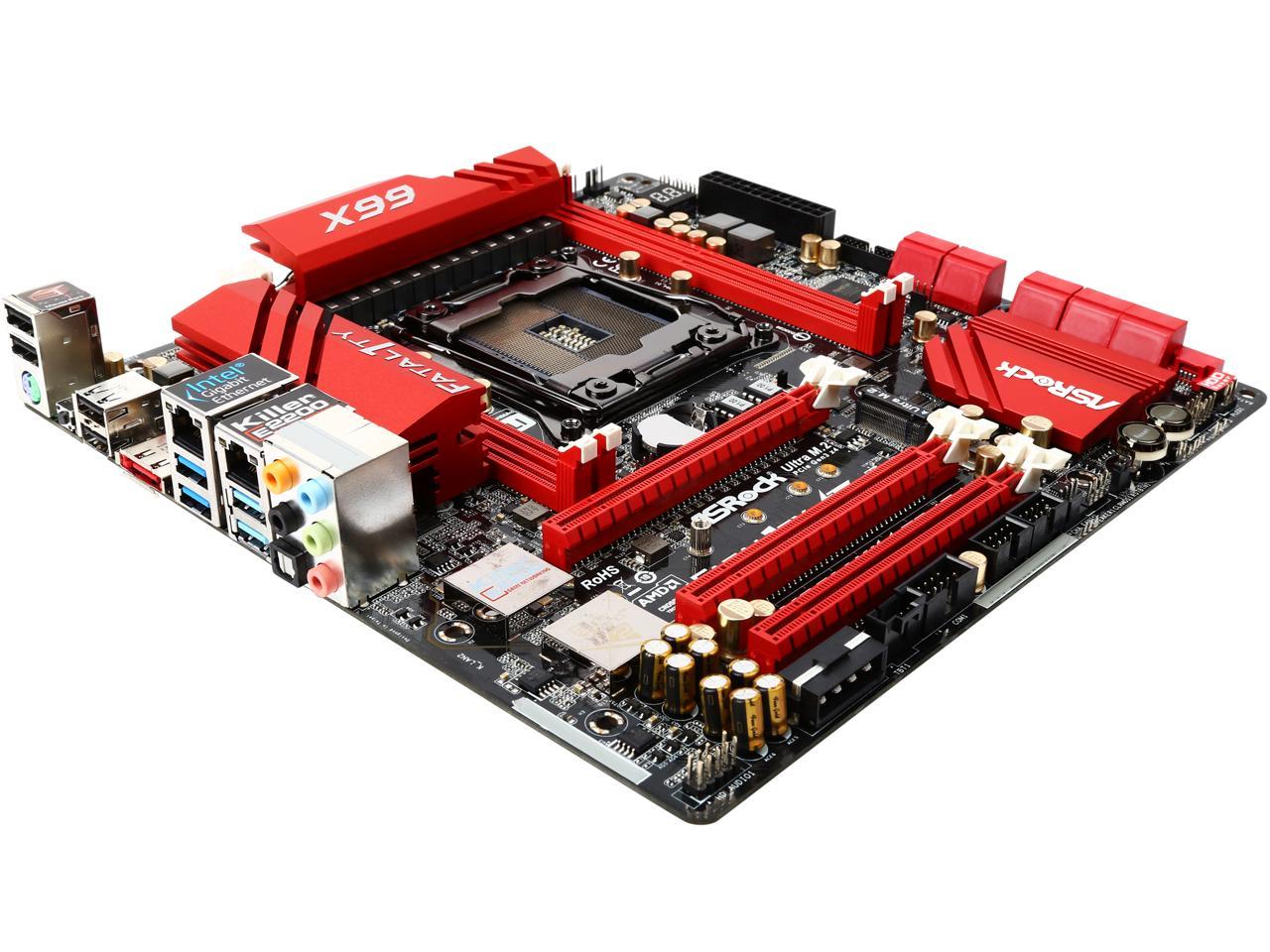 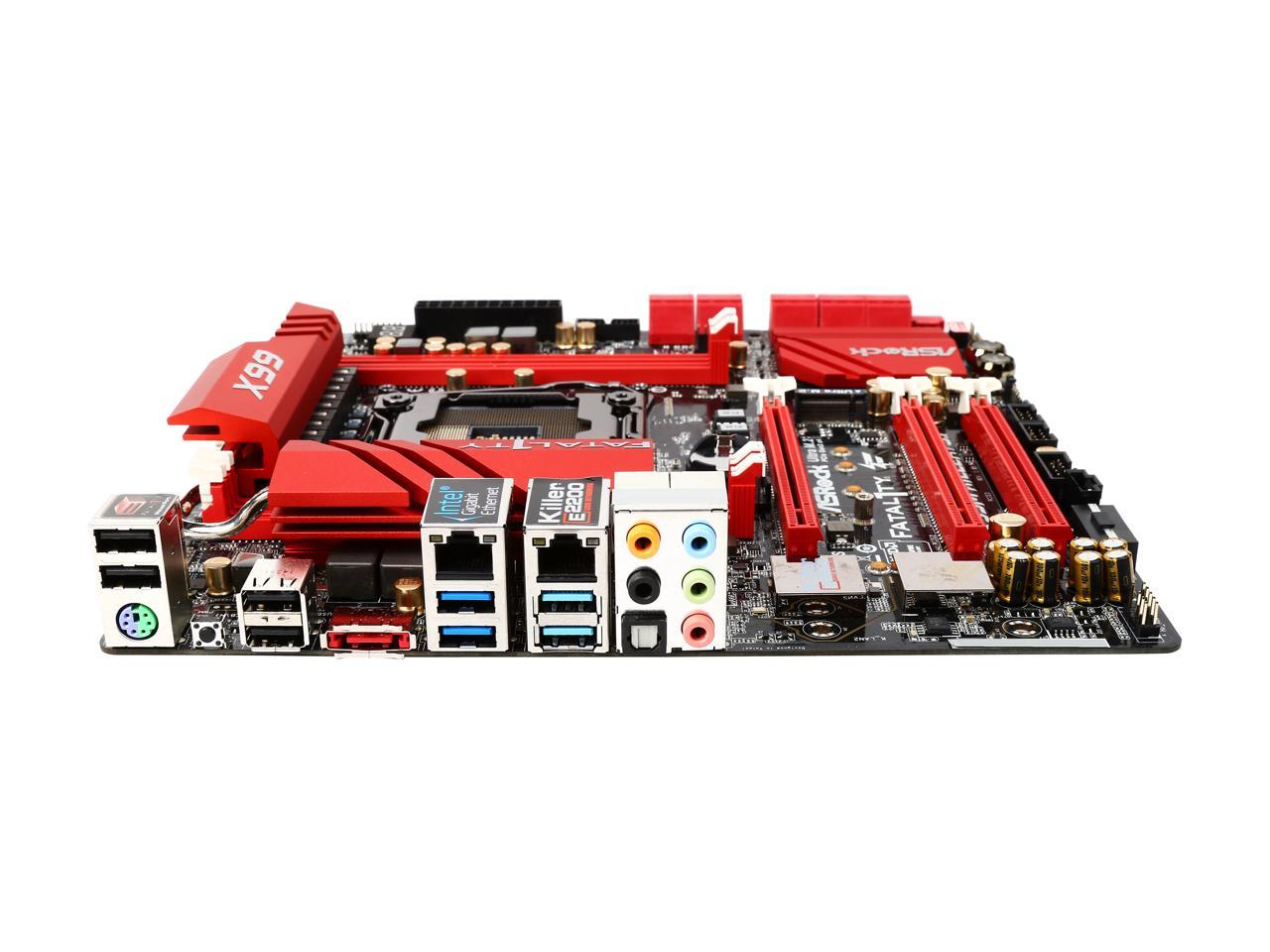 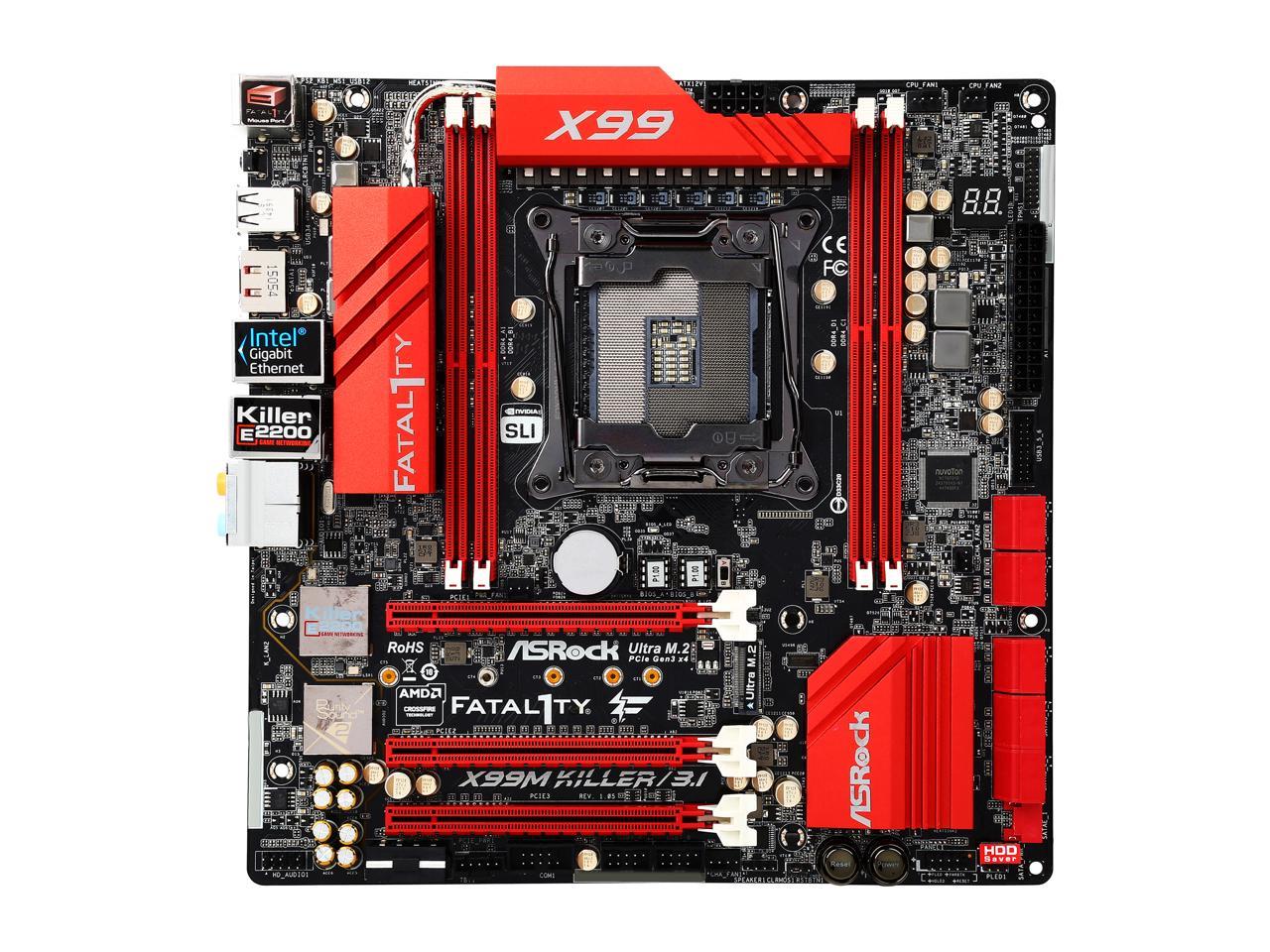 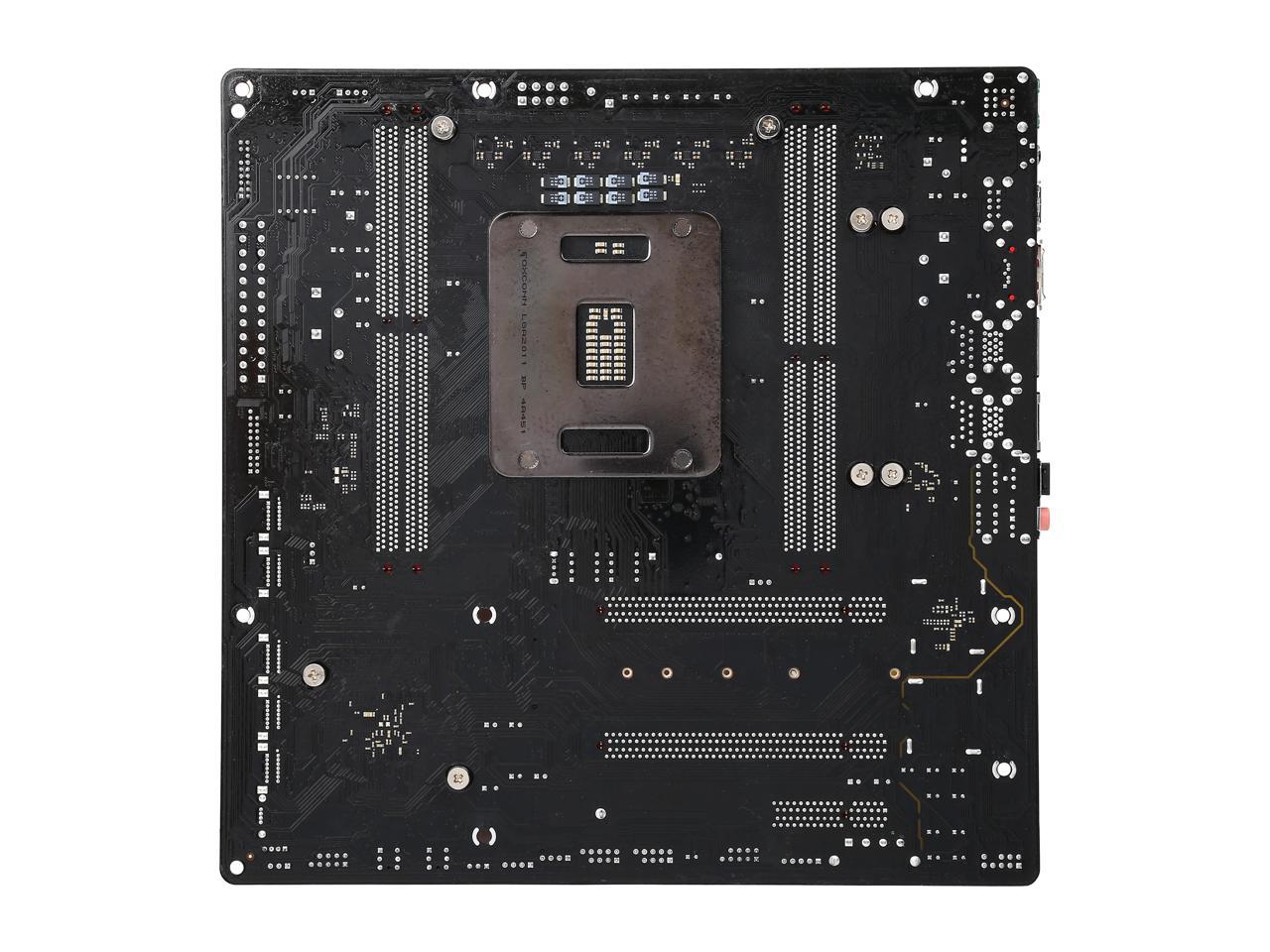 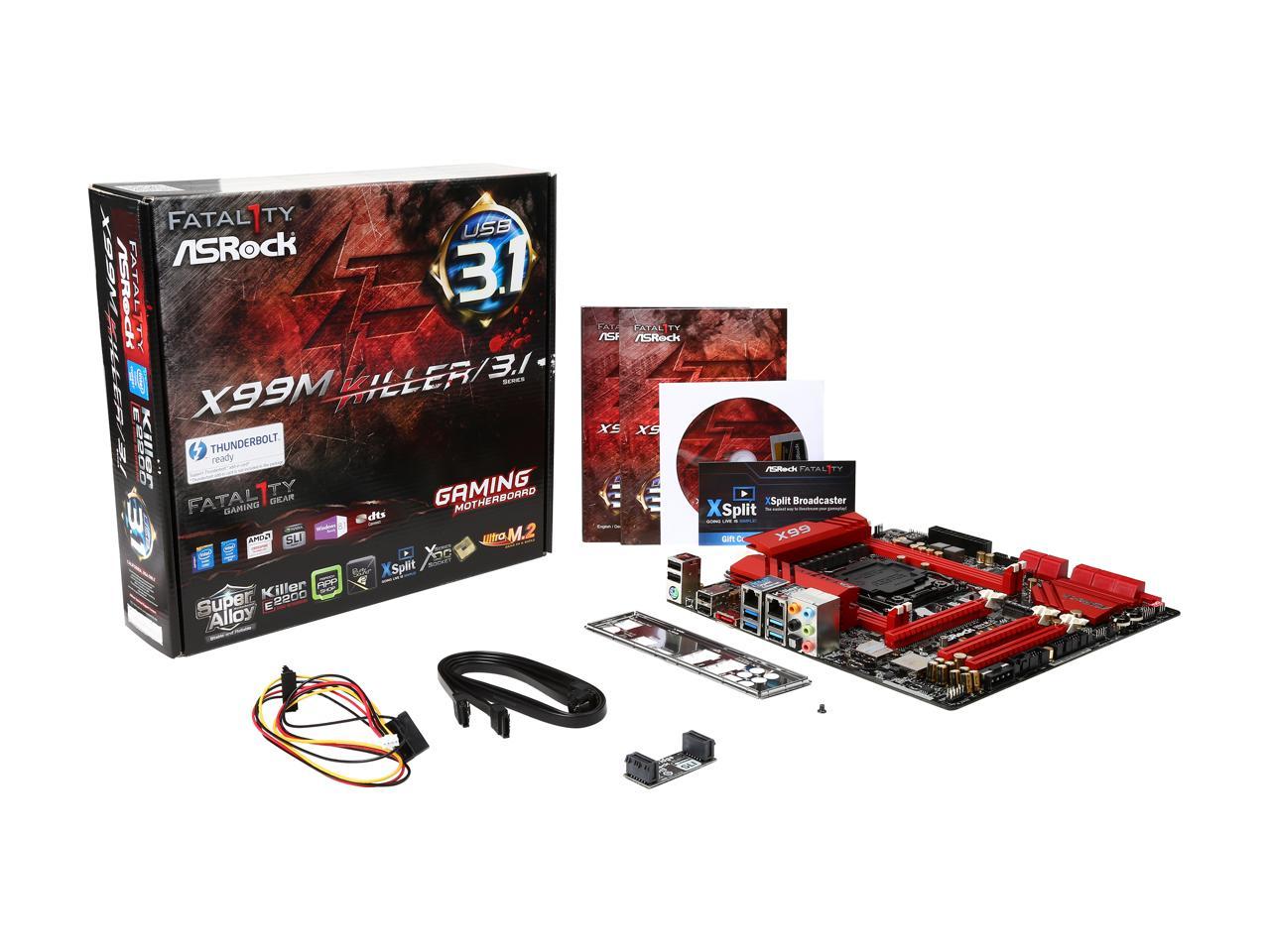 Pros: Good board with nice functions while it worked

Cons: Board never made it past a week, I've had a ton of computer equipment and flashed all kinds of firmware and BIOS updates, this was the worst. After following instructions from Asrock's website to the letter my board went dead after the update. to ver 3.90 of the firmware. I followed all of the CMOS steps in the manual as well as the trouble shooting guide on their forum.

Overall Review: One of the things that bothers me the most is the clear lack of testing before this BIOS was released, as well as the fact that I submitted a ticket for this issue with their support and I have not heard back from them in over 48 hours. NOT ACCEPTABLE !!!

Pros: Proper spacing between cpu socket and pcie slots, and between pcie slots. Looks great with the black and red color design pcie 3.0 4x for m.2 port (Main Reason I bought this)

Cons: The fans design and software control from asrock is unacceptable for this level of board. I would understand if it was like this for the lower end x99 board they have, but this is supposed to be their premium board. 3 of the fan ports are 3 pin, and the port for the case fan is a pwr_fan output, meaning it is not software controllable!! In 2015, for a high end board, all of the fan outputs should be 4 pin and controllable, I don't care if it would make the board cost an extra $15. The F-Stream tuning software has very weak fan control compared to asus, there is a limited number of points to added to the fan control function and it is difficult to move them around on the graph.It seems like this was added as an afterthought to the software. I can't get my Ram stable at anything other than stock speed and I can't get my uncore stable at 4.0Ghz or higher. This maybe an issue with my cpu, but I can't even get my 2800mhz ram to run at 2400mhz on this board stably.

Overall Review: The fan problem wasn't an issue when I had a closed loop water cooler i was controlling my cpu and exhaust fans with, but I have since switched to a nh-d15s and it is a major issue now; my computer would be completely silent at idle if I had control over the rear case fan. Based on this I would recommend the asus x99 matx board over this one.

1 out of 1 people found this review helpful. Did you?
Manufacturer Response:
Dear Weston, Thank you for purchase and review. The 3 pins fan header can be set the speed of RPM. Please also try setting in the BIOS, H/W Monitor. If you have any technical support inquiry, please contact us at http://www.ASRock.com/Support/tsd.asp Thank you ASRock Support Tech Support Email: http://www.ASRock.com/Support/tsd.asp
Anonymous
Ownership: 1 month to 1 year
Verified Owner
An Engineers Review12/7/2015 5:49:03 PM

Cons: -First board burned up 5960x CPU on day 33 -7 months and 4 replacement boards later one seems to work -Ram runs slower than advertised -Terrible cooling fan support with only 3 pin adapters -No WiFi -Board immediately freezes up when any overclocking is applied -Supports Xeon chips but not TPM for bitlocker -Customer service was mediocre at best -ASROCK tech team admitted the board had never been tested with a 5960x -Supported 64GB DDR4 ram before 16GB dims were even released to product development teams

Overall Review: Board fits a great niche but believe its development was severely rushed.

3 out of 5 people found this review helpful. Did you?
Manufacturer Response:
Dear Brady, Thank you for purchase and review. For the memory speed, based on CPU’s memory controller, the native speed is 2133. However, mainboard supports most of the memory and speed on the market. For reference memory, please visit link: http://www.asrock.com/mb/Intel/Fatal1ty%20X99M%20Killer/?cat=Memory For the OC, Mainboard has overclocking function. However, overclocking could damage the components as well as mainboard which depend on user’s knowledge, experience and adopted components. For the TMP, mainboard has TMP header, however the TPM module is optional based on user needs and sold separately. For the 16GB memory module, if using i7-series CPU (i7-5960x), it's only support 8 x 8GB memory (no larger than 8GB per module), unless using Xeon E5 CPU, which refers to Intel spec. (For more info, please visit Intel website). For the ASROCK tech team admitted the board had never been tested with a 5960x, our R&D team has already been tested before mainboard released. If you have any technical inquiry or warranty question in the future, please contact us at http://www.ASRock.com/Support/tsd.asp We will assist you shortly. Thank you ASRock SUPPORT Tech Support Email: http://www.ASRock.com/Support/tsd.asp
Dustin P.
Ownership: 1 month to 1 year
Verified Owner
Don't buy the garbage board5/22/2017 8:03:47 PM

Cons: - Temperature sensors in the motherboard are garbage. The motherboard temperature sensor only shows a max temp of 45c. - Fan controls will swing widely from reasonable reported speeds to literally impossible speeds (40,000 rpm) - Crashes randomly. Will be fine that all of a sudden black screen. - Now the mouse wont work reliably. I have to move it between usb ports and hope it works this time.

Overall Review: Don't buy this board.

1 out of 2 people found this review helpful. Did you?
Manufacturer Response:
Dear Dustin, We sincerely apologize for any inconvenience this may have caused you. Please try below to check if the issue is resolved. • Unplug the ATX power, clear the CMOS. • Test with single memory module on A1 slot, switching another memory module if it same issue. • Load the BIOS setting default. If you have any technical support inquiry, please contact us at http://www.ASRock.com/Support/tsd.asp We will assist you shortly. Thank you ASRock Support Tech Support Email: http://www.ASRock.com/Support/tsd.asp
Anonymous
Ownership: 1 month to 1 year
Verified Owner
Redlicious6/29/2016 8:21:34 AM

Cons: -Might need to watch the size of the CPU heatsink, as clearance is a bit tight with the RAM slots -Occasionally upgrading BIOS breaks the overclock, and have to re-tweak the settings. Personal feeling here is don't upgrade unless there's a reason to.

Overall Review: Overall, a great motherboard. I have noticed some reviewers complain about the small number of usb 3.0 ports on the back, but how many usb 3.0 + 3.1 ports does one really need? For most devices and peripherals, 2.0 is more than adequate.

Pros: Great motherboard. Ultra M.2 is blazing fast. Got it with a Titan X, Thunderbolt Card (Gigabyte...and is working just great), and a beastly 5960X. Stable and fast. Transcodes Arriraw and Redraw footages like a breeze.

Pros: Dual BIOS, overclocking stability and a vast array of connectivity. Motherboard looks phenomenal in the case with my EK custom loop. Effortless overclocking with the available tools, but the ability to fine tune for those that want every ounce of speed. Future compatible with USB 3.1 and dual NICs are a welcome bonus.

Cons: I've twice now not had a successful BIOS update, but I will try another approach. Luckily the ability to push the default BIOS from chip B was available, a tremendous safety net.

Overall Review: If you are looking for a stable overclocking X99 motherboard with a vast array of features, this is certainly a great option. I've had great success with ASRock boards and this has been no exception (less the single con). Posted overclock at 4.6GHz with ease on my liquid cooled 5820k and am curious to see just how high it will go.