Feel 100% satisfied with your purchase -- with no restocking fees & no return shipping costs* within 30 days of delivery. Learn More
Price Alert
Add To ListFound on 5 wish lists 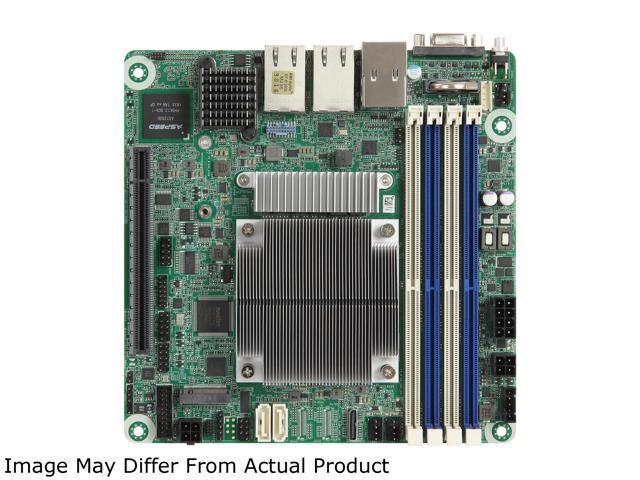 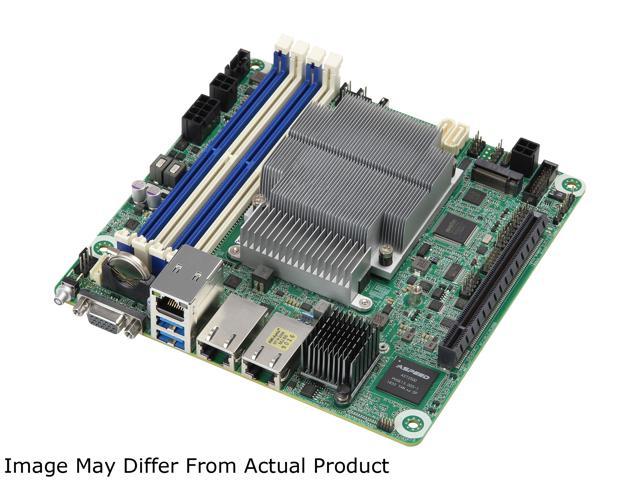 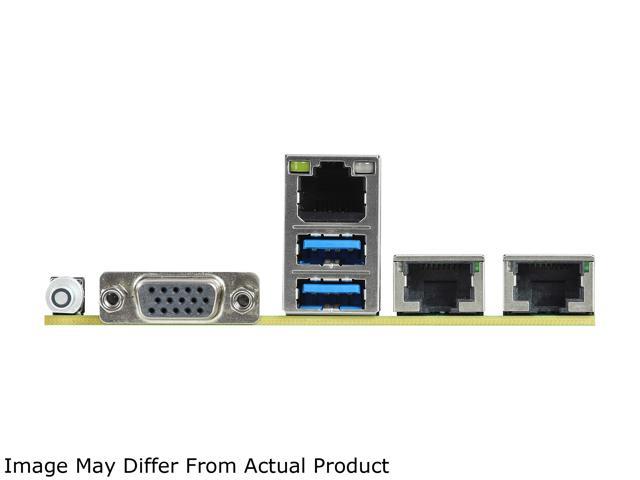 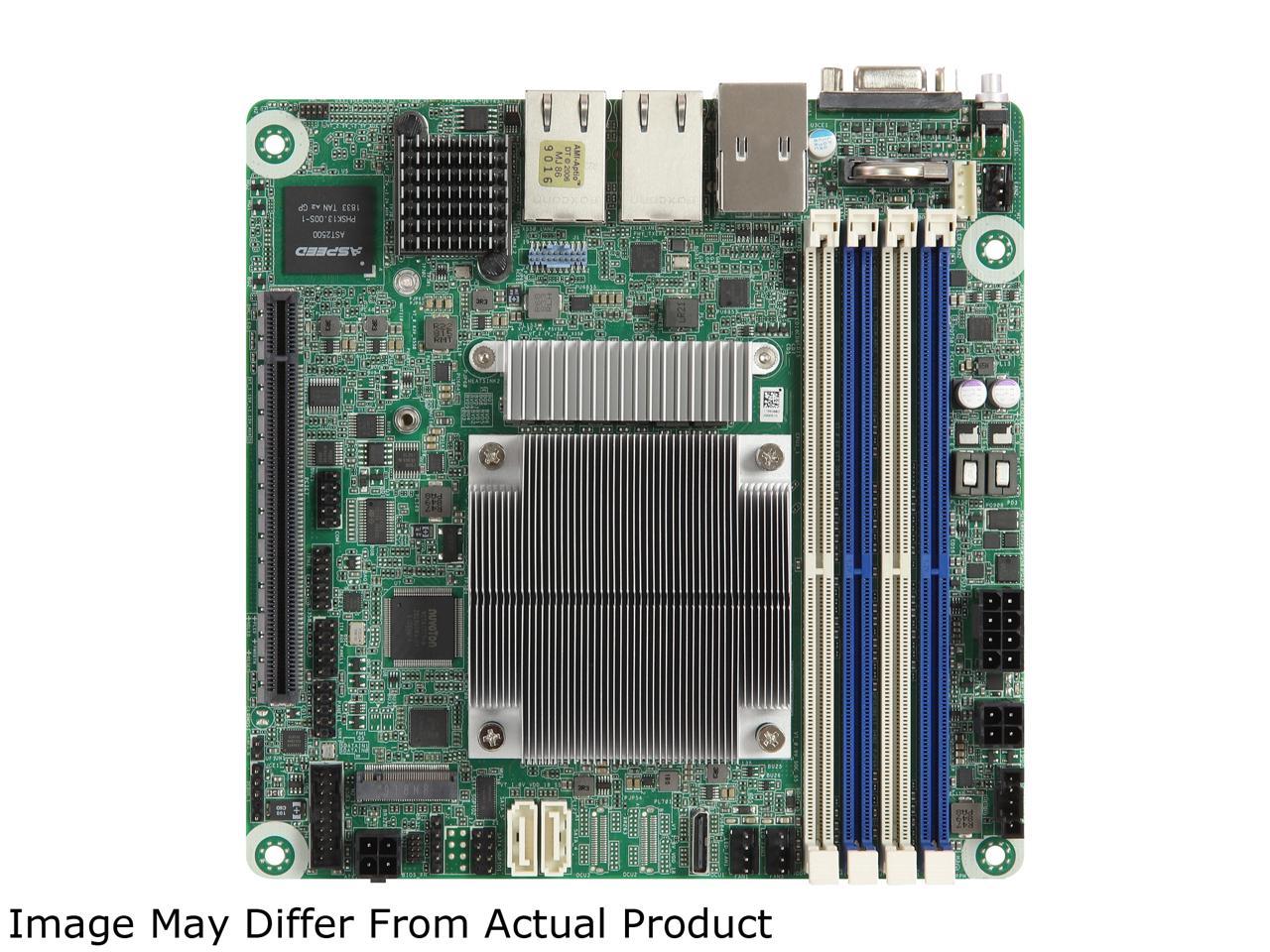 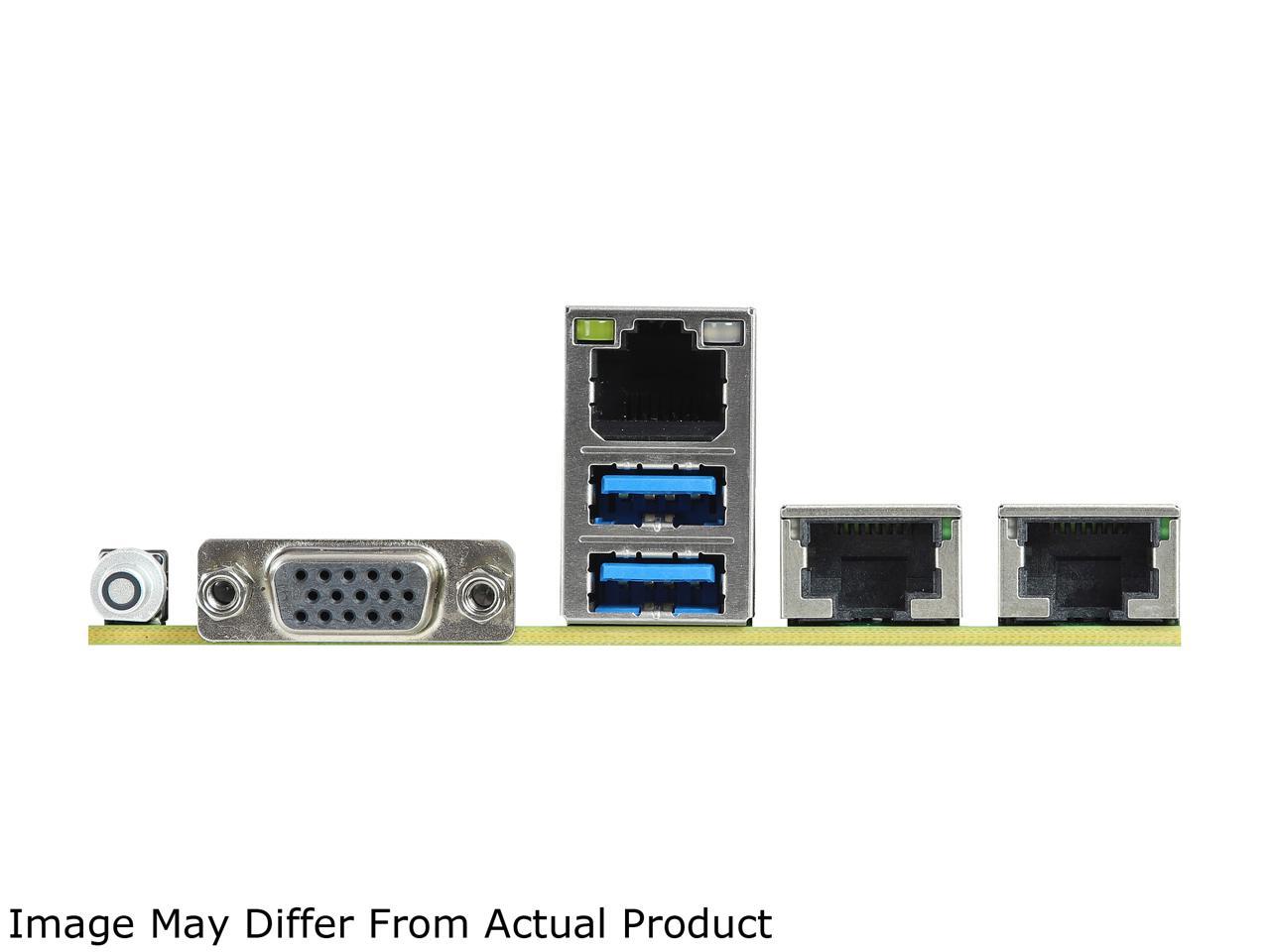 This mini ITX server motherboard is armed with an AMD EPYC 3251 embedded processor featuring 8 cores and 16 threads, and has quad DIMMs, a PCIe x16 slot, and dual 10 GbE LAN ports plus an IPMI management port.

Cons: - The factory installed BIOS (ver 1.10) has bugs - the motherboard was not reporting its multi-threaded capability to the OS (Proxmox VE 6.1). There is a beta BIOS (L1.12) that addresses this issue, but you have to contact ASRock support to get it. This is something that should work out of the box. - BIOS also has issues with reporting memory speed correctly. The BMC interface can correctly identify the capabilities of the modules installed, yet BIOS seems to be stuck at DDR4-2400 timing when using DDR4-2666 modules and higher. Will be testing with modules from the ASRock's QVL to see how extensive the bug is. - No Oculink cable is included in the retail box and requires a separate purchase. The manual lists the cable as "optional", but does not provide a part number, or which SKUs include the cable. I ordered one from a 3rd party and am currently waiting for it to arrive to complete testing.

Overall Review: If 10G Ethernet or on-board 6 SATA drive capability wasn't a requirement for my use case, I would have gone with the Supermicro M11SDV-8C-LN4F board for a compact NAS / virtualization platform. The hardware looks great on paper, but firmware issues blemish what could have been a pleasant build experience.

Pros: Very nice update of the BMC management software, compared to the Avoton-based board I replaced it with. Reducing the power connector to the minimal 4-leads (adapter included) gave them extra board real estate, allowing for an onboard USB 3.1 header, among other things. A true server board - no audio or extra graphics or consumer IO ports, good set of pin headers on-board to support the enclosure and I/O - exactly what you want in a server board. It was easy to find memory for this board. Nowhere near as finicky as the board it replaced.

Cons: lscpu does not report hyperthreading. The OS can only see 8 cores. (Edit: This issue was resolved with the recently released bios version 1.20)

Overall Review: I ordered this board as a replacement for a failed Gigabyte GA-9SISL in a system running Proxmox with some very complicated raid and network configurations. This board is a really nice update featue and performance update over the 9SISL. There were no negative suprises during the installation and first power up. I am using the Supermicro CBL-SAST-0933 cable with the on board OCuLink connector to run four SATA drives in a RAID 5 configuration. For those wondering about this, there is a BIOS configuration that tells the MB to use the OCuLink for either SATA or PCI-e. The board was either configured for SATA to begin with or recognized SATA on powerup as these drives were available immediately. The board is powered via two connectors, a standard 6 lead connector and an additional 4 lead connector (labeled ATX12V2) with an included adapter that you can plug into the normal 24 lead PS cable. A second, identical 4 lead connector (labeled ATX12V3) is meant to provide power to SATA devices and a special 6 SATA power cable is included. There are ample warnings in the documentation about mixing up these two connectors, and my board actually had a sticker over the ATX12V3 with a warning on it. The system I have installed this board into has one PCI-e host bus adapter with 16 drives attached that were running various combinations of disk configuration including RAID 10 and ceph, all created and managed by the OS. While all drives are physically visible and have even enumerated with their original order and labels, re-assembling the arrays has not worked, and LVM's fail to attach. I'm including it here because there are some very suspicious errors in the boot log that lead me to suspect a driver issue. I don't think this is an actual problem with the board, but if you are rescuing a failed system like I am, be prepared for this level of surgery. This board generates a lot more heat than the board it replaced, but the single 80mm fan in my system has been perfectly adequate to keep it cool. The CPU temp is typically between 40 and 60C, well within the 95C operating parameter. This board should be fine in most commercial mini-itx enclosures. One final note: I have future plans to update to a rack enclosure for this system. I went back and forth for a while between this board and the SuperMicro M11SDV-8C+-LN4F. The "+" in that model number means the back panel will fit in a 2u rackmount enclosure that SM makes. The SM enclosure is proprietary because the Mini-ITX spec for a regular back plate is too tall for a 2u enclosure. This board has clustered all the back-panel IO at the bottom of the board, as if they were anticipating a rack enclosure application. Once I determined that it would fit in a 2u enclosure if a back plate could be found or fabricated, it was the several hundred dollar difference in the price that finally motivated my purchase.