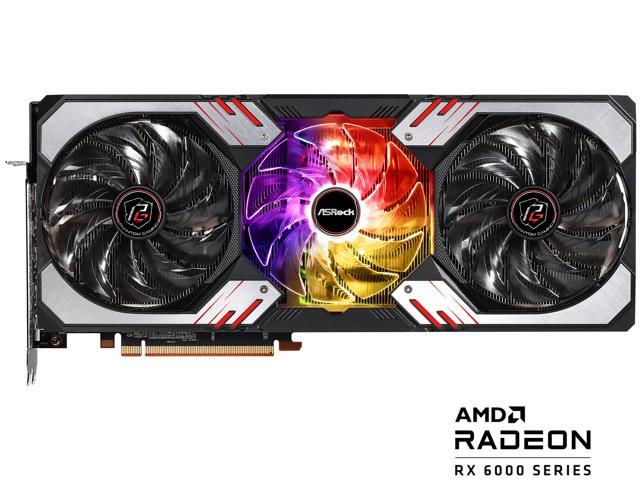 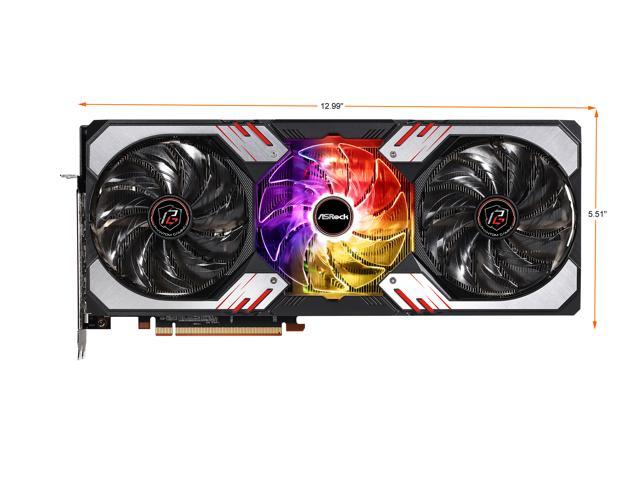 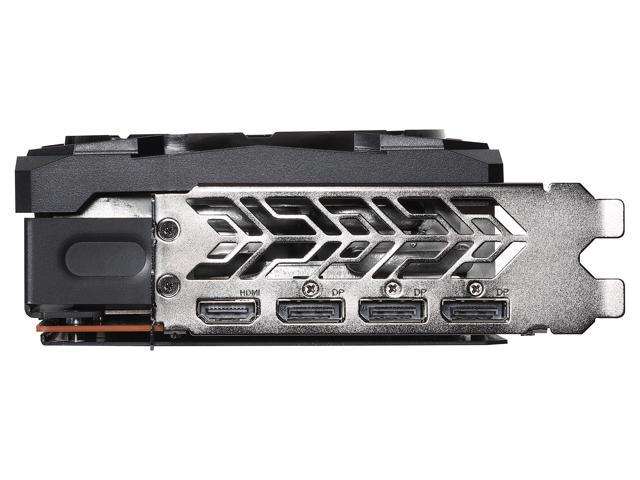 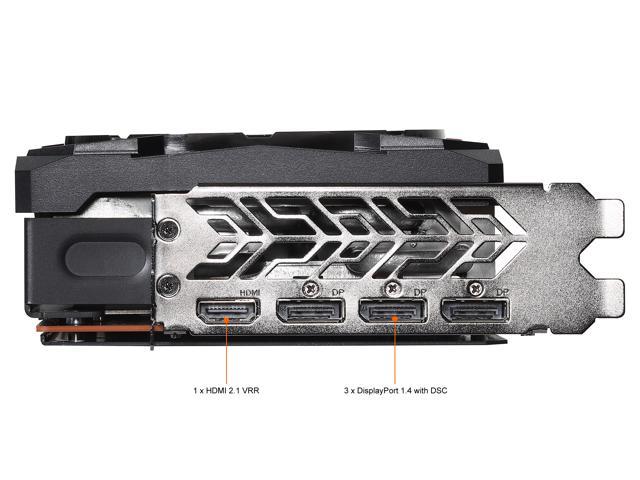 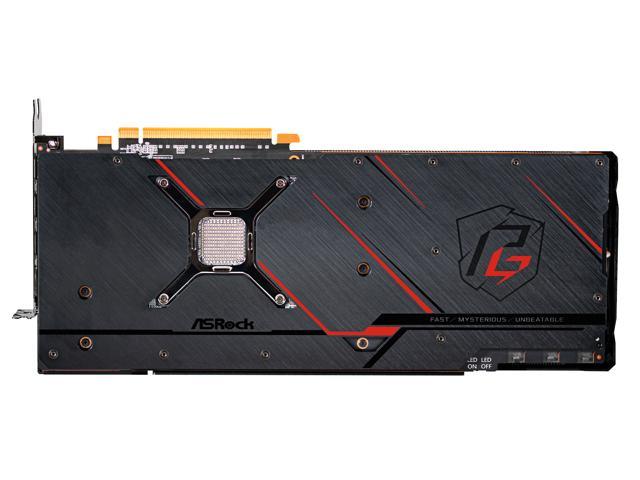 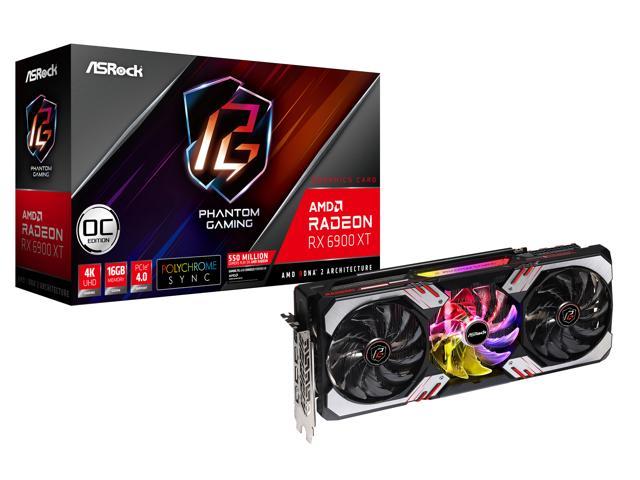 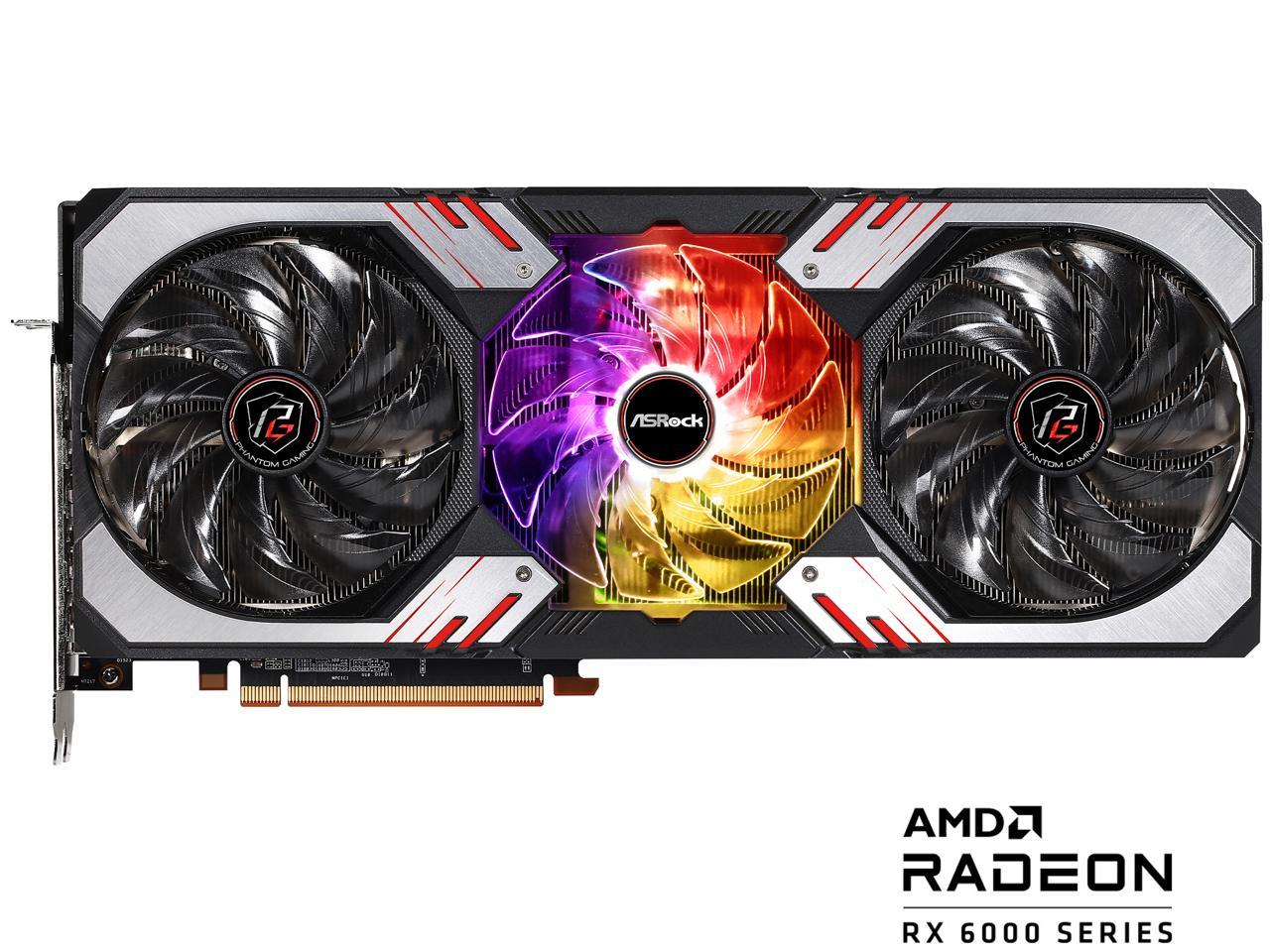 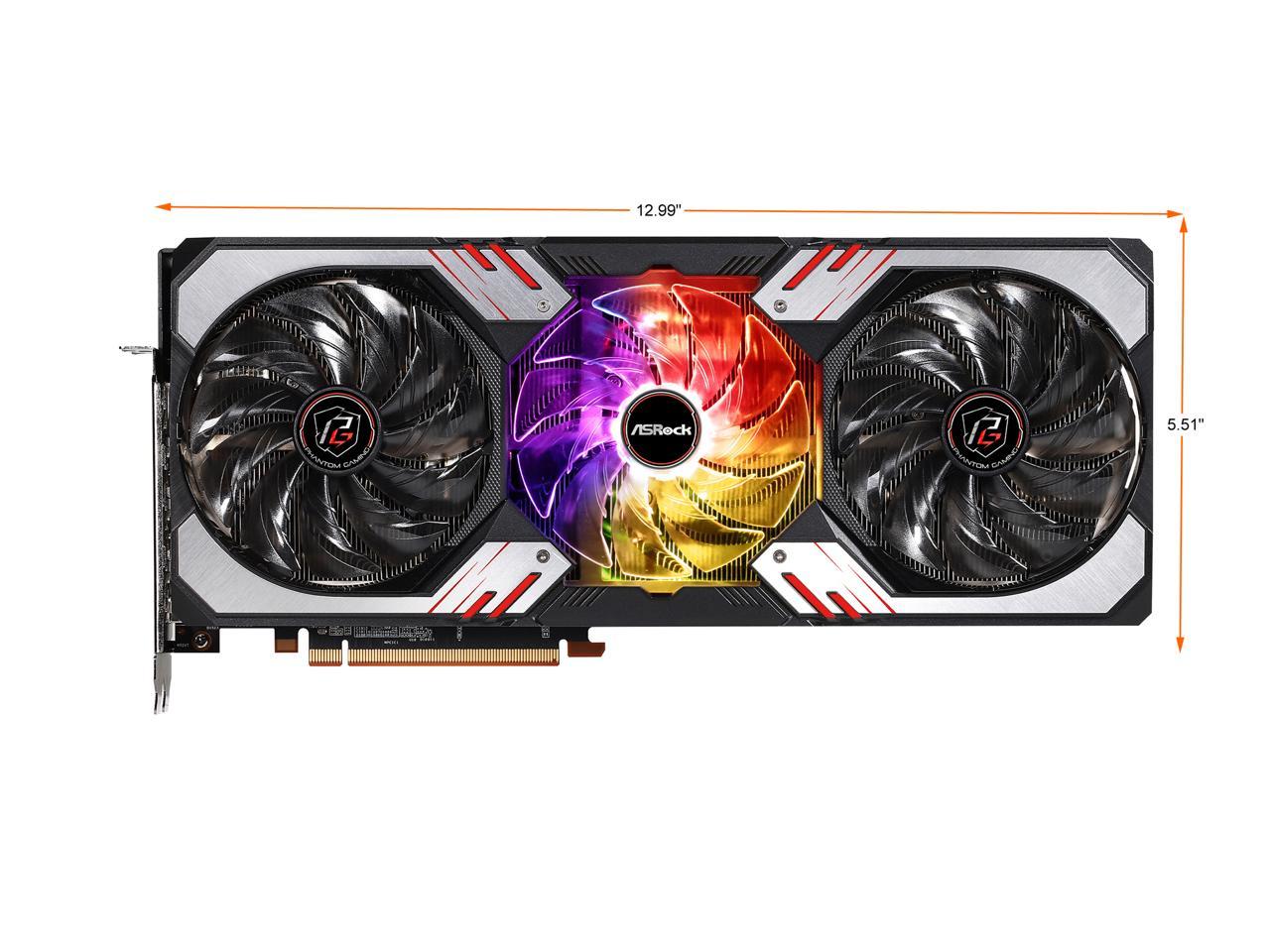 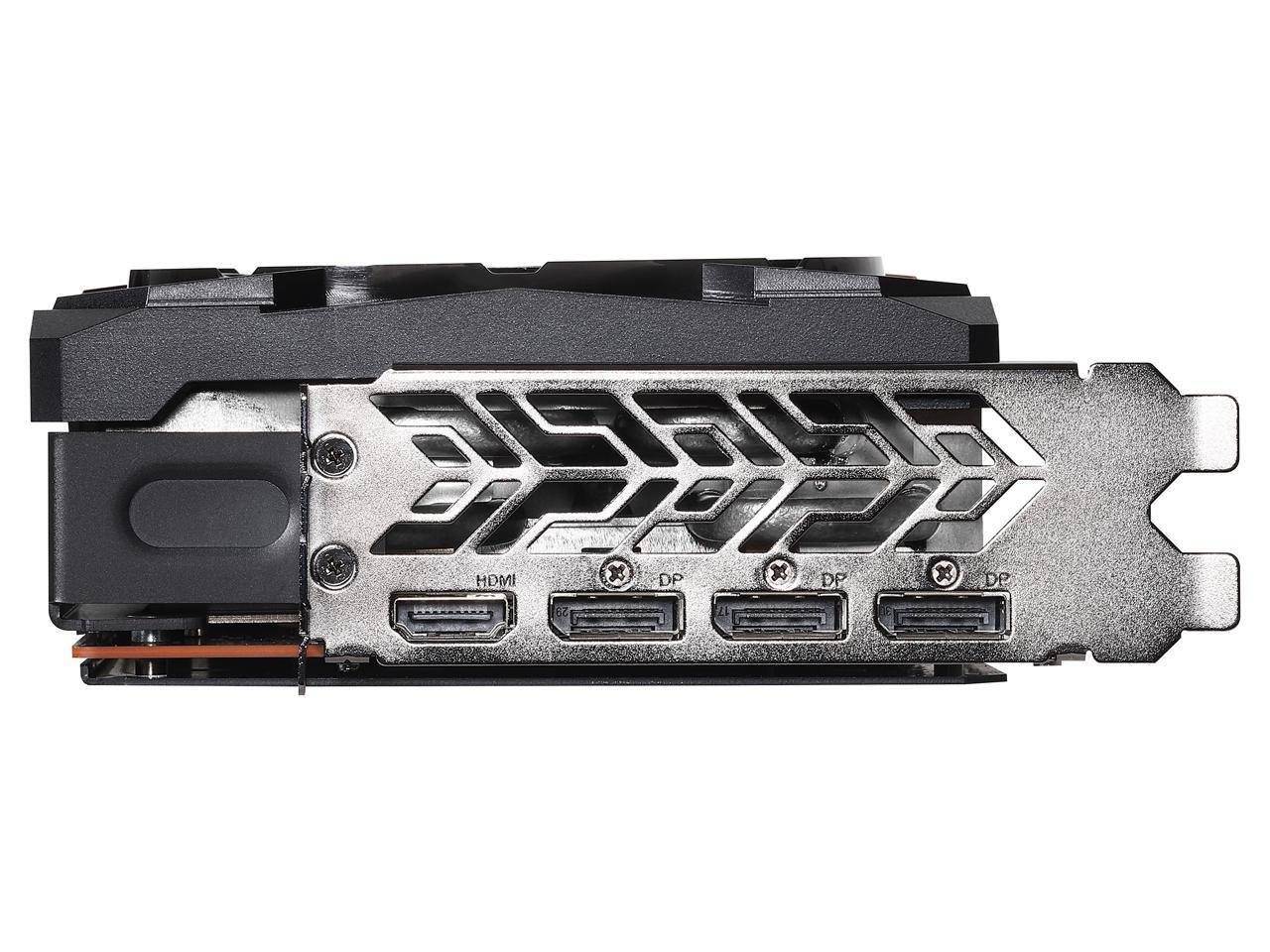 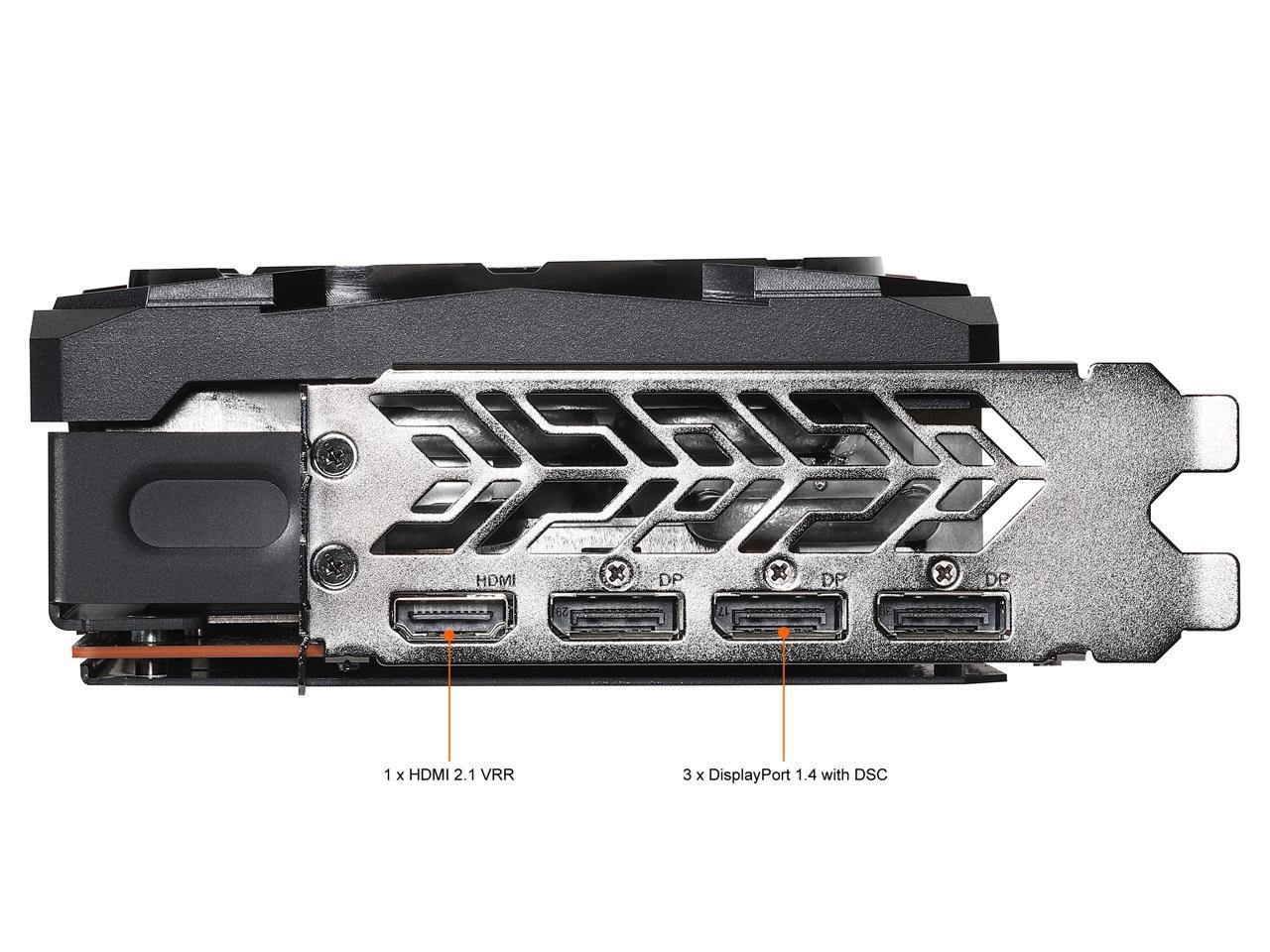 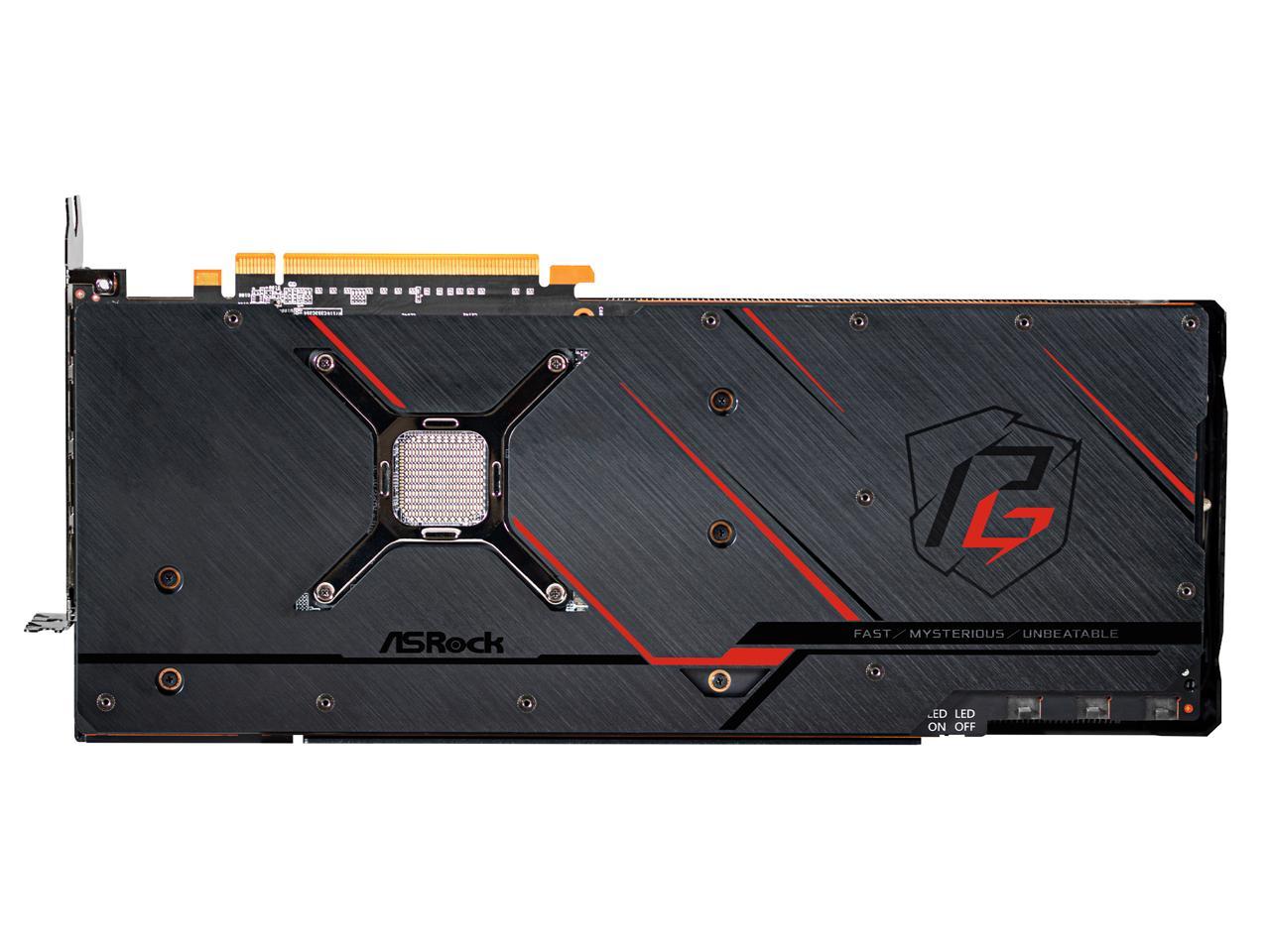 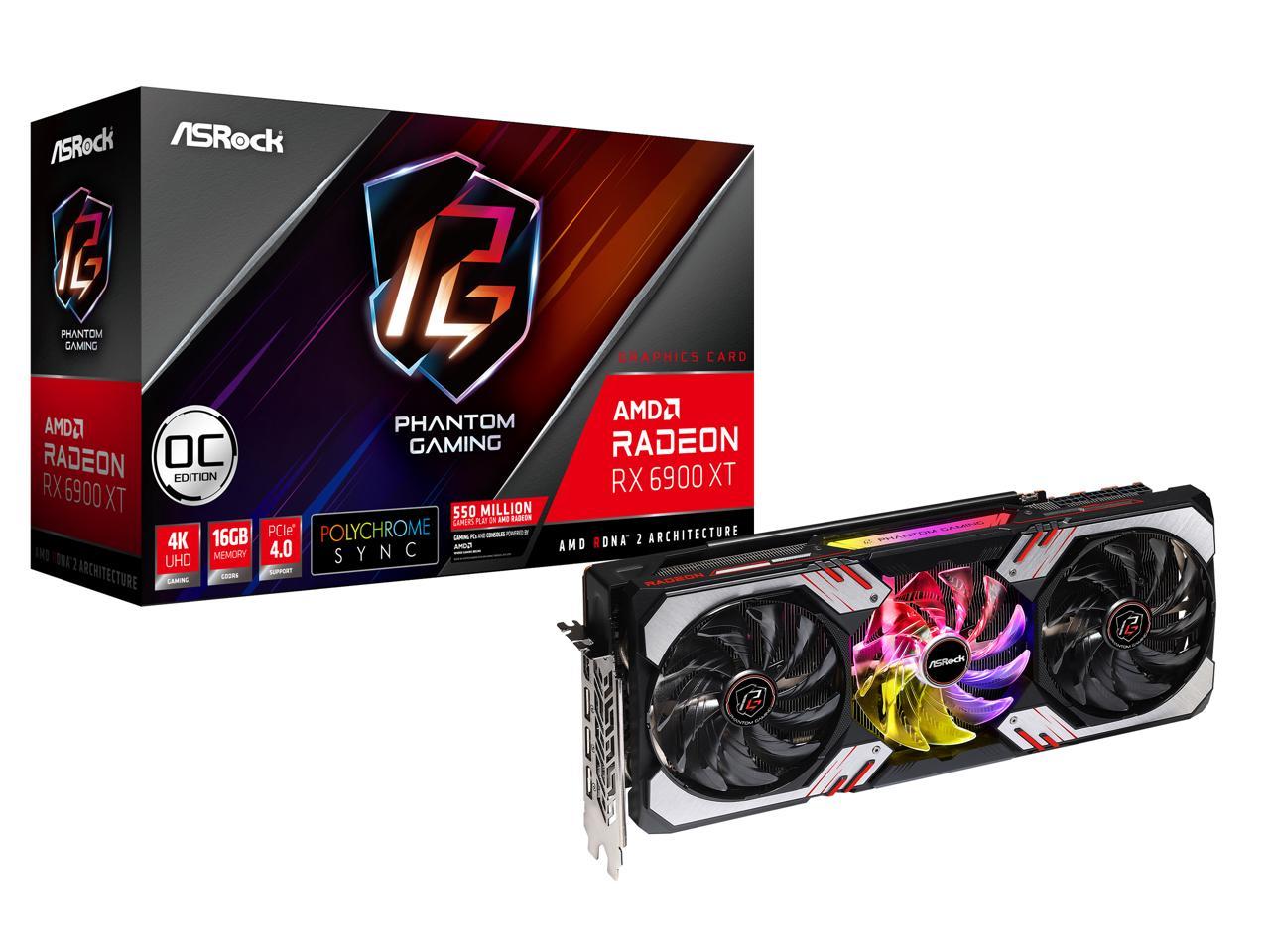 Cons: - Card is massive and just barely fits in my Corsair Crystal 680X (seriously 1mm longer and it doesn't fit) - I dont care for the red highlights, I realize its AMD etc, etc...but manufacturers need to just make cards black or white or some combination of the two. - Polychrom Sync RGB software is not very good IMO. It works but its very slow to startup and once you set the colors I'd just unload the software - Very expensive for what it is

Overall Review: Ok so lets first address the elephant in the room, this card and all GPU's are massively overpriced in this crypto mining world we live in today. I really held out as long as I could and I landed this card for $1499. This is by far the most expensive card I've ever purchased. I'm upgrading from a EVGA 2080 which I paid roughly $700 for so over double in price and I'm quite certain I'm not getting double the performance. That said, I just wanted to build an all AMD machine and well I paid the piper. Also 6800XT's are going for almost as much and I just figured I'm already spending way more than I want to so I might as well just go all in. This card is huge and weighs almost 6lbs. The Corsair Crystal 680X was always going to be the case I built this system in and I was shocked when this card barely fit in it. I really thought I would have surplus space given how roomy this case is but wow, another millimeter and I'd be sending this card back. The card has a very slight sag on my Asus TUF Gaming X570 Plus MB. Nothing I'd be too worried about but I may slide a support in there if it kicks off my OCD too much in the future. The card feels and looks very tough and there is nothing cheap feeling about this card. It is performing very well at 3440x1440 and I'm getting great FPS on all the games I'm playing at Ultra settings. I'd say decent temps as well, I did play with the fan curves a bit but generally its running in the 40's idle and 60's to high 70's during gameplay. I dont have a 4K monitor to test out and I'm really not considering 4K gaming at this point in time. I think 1440p is the sweet spot for gaming right now and this card is almost overkill but what is wrong with that right? I'm not a fan of the Polychrome Sync software that you use to change the lighting on the card as its very slow and takes forever to start up. Once I have the color set though its easy enough to remove the software. I'm also not a fan of the red highlights on the card, I knew the color-scheme when I bought it but I'd prefer and all black or black and white card. Overall I think this card is a winner and if you're like me desperately trying to build a new machine in the worst possible market, this card is a fine addition and you shouldn't be worried about its performance. The pricing is insane and I realize I'm contributing to these high prices by purchasing this card but I wanted a new machine and it is what it is. This card would probably retail for around $1200 normally anyway so $300 over is pretty good in this market IMO.

Pros: Card came well packaged. Lots of foam all around the card. The card is very large make sure you measure like I did. I cut it a bit close, but it fits. About 1mm. Make sure your case also has lots of airflow. 2-120mm in and 1 120mm out was not enough. The Card ran 90c and I couldn't touch my tempered glass near the card. When I got a case with 3 -120 mm in and 3-120mm out it dropped down to 67c under the same load. The cooler works well to keep the card cool. I can finally run my games on max @ 3440x1440 resolution! Fans and side panel get their own color control. Works great in Asrock Polychrome (make sure you update!).

Cons: This card has some serious coil whine. I have a 144hz monitor and this thing screeches like Eric Cartman's "Reeee!" when pushed. Even with Freesync or Radeon Chill limiting the Frames to 145 fps. The computer is 4 feet away from my ears in a cubby, below my desk with plenty of airflow and I still hear it over my headphones. I've had it about 3 weeks so I don't think the coil whine is going to get any quieter. The wife is 8 feet away and can hear it too. She thought I had a bad bearing when she first heard it. But I showed her it is load/fps related. Alt+tab out it stops; tab back in it comes back. Keep in mind 144hz is my monitor's refresh rate and 145 fps is the target framerate.

Overall Review: The card works great! If you can handle the coil whine, you'll love it! Maybe not all cards are this way, I don't see any other reviewer complaining about coil whine. But as I understand it from my research it happens; and doesn't mean that there is any issue with the card.

Cons: Gigantic in size is limits how it can be mounted and in what case.

Overall Review: Currently gaming in 1080p and it goes without saying but Ill say anyway, I can run any game at ultra preset and get 144 fps. The card is so large that I had to move my radiator from front mount to top mount in my 4000D airflow case. I did swap my setup into a Lian Li Air Mini and the Temps are good while gaming around 60c in vertical mount. It does ray tracing but at a significant cost to performance. But maybe with RSR it can get better.

Pros: Price(if you catch it on sale)

Cons: Huge. Had to buy a gpu support arm for it and a larger case haha! My p300a mesh was to short to fit the card and my liquid cooler. Had to swap to Corsair 4000d air flow and did a glass side panel delete so I would have two metal panels.

Overall Review: Great card! Runs fairly cool as long as your case is well vented. Mild overclock/under volt managed a 2550-2580core clock with 2100mhz memory clock very stable over the past few weeks zero issues. Stock boost clock claims 2340mhz on the core but I say a pretty regular 2400mhz out of the box. Overall the very easy overclock/undervolt in adrenaline with some fan tuning has met me roughly 10% on average in game fps. So I cant complain. Especially since I got this card on sale at extremely close to msrp. Meaning this card is probably one of the best values in this current market when you look at 3080,3080ti,and 3090 prices. This card packs a punch and at 1080p and 1440p out does the 3090! And at 4k with the overclock is on par! No brainer to me if youre shopping the high end right now! Have had the card going on a month no and zero issues. Its a power house. Specs 5600x 16gb ddr4 3600 cl14 6900xt Seasonic 850w gold psu

Overall Review: This thing is perfect for gamers. Resolutions are great, SAM is perfect and rage mode is fun. Havent OCed it yet but dont see a need to really. Stays cool, runs well, and looks cool.

Pros: Price is decent now WIll run Flight Simulator 2020 in Vr in High Settings Fans are Quite ,Leds are ok Its realy Fast , like Realy ! Fast

Overall Review: Buy it , its time , last train for AM4 Its Wicked fast fans are very good Temp is not an issue pair with AMD 5800X goes very well you wont regret its now aroud 999$ It could go lower but also afaid it might go up as well for the buck its wort it

Pros: Replaced after I made a return request

Cons: -DOA -Refund policy prevents refunds of Graphic Cards. What a nasty surprise to meet after purchasing expensive hardware such as this and being DOA. -Replacement has an unusable displayport

Overall Review: Overall I wouldn't recommend buying this product, too many issues to deal with for the premium you're paying for.

Manufacturer Response:
Dear Valued ASRock Customer, Sorry for any inconvenience this may have caused you. We will be more than happy to assist you. Please contact us at https://event.asrock.com/tsd.asp Thank you ASRock Support Tech Support Email: https://event.asrock.com/tsd.asp
Anonymous
Ownership: 1 week to 1 month
Verified Owner
More well made than I thought9/6/2022 7:37:23 AM

Pros: Raw horsepower of this card @ 4k does very high frames on games Overclocks very well out of the box Temps are excellent while being quiet

Cons: Ray tracing could be better

Overall Review: I have not owned a Radeon graphics card in a long time. I had a 3070Ti and since the prices dropped so low on the 6900XT I wanted to try this out. I am very happy with the performance of this card and I would recommend it to anyone that is in the market for a high end card.