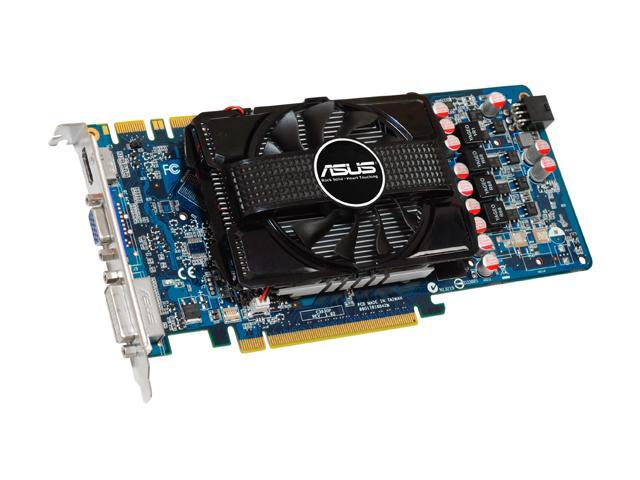 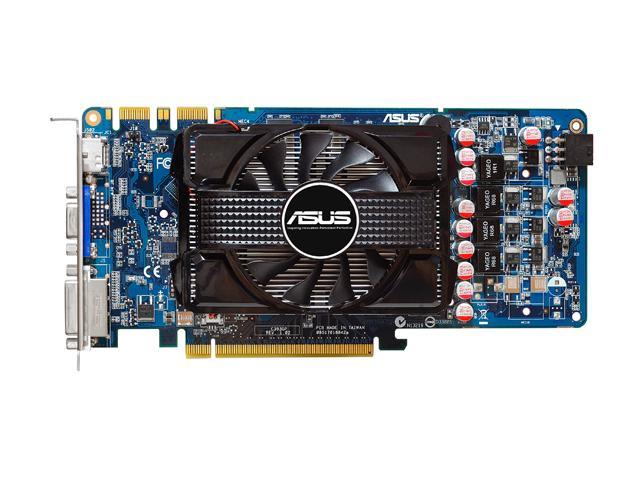 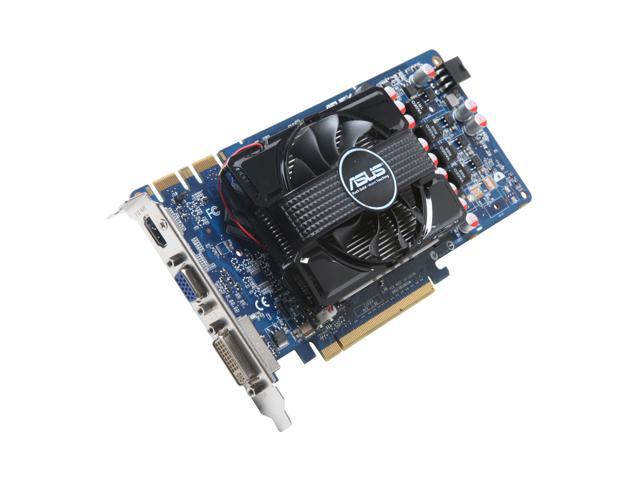 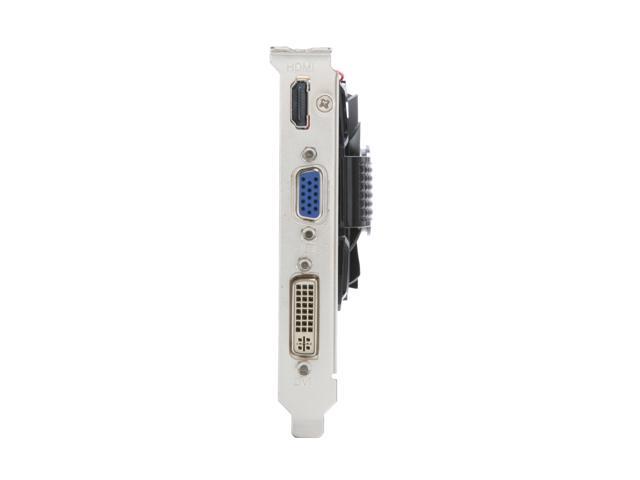 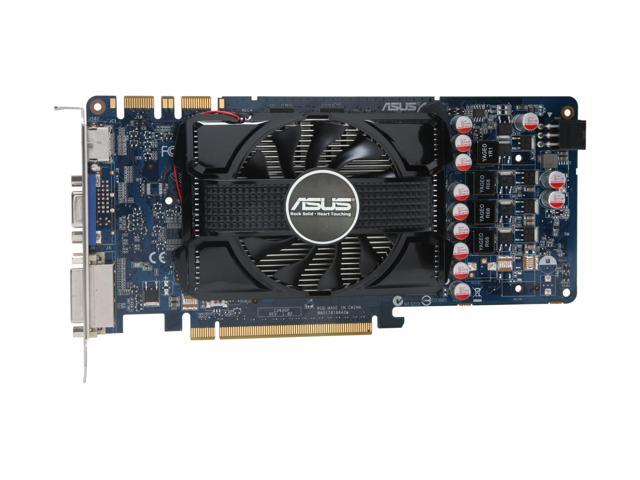 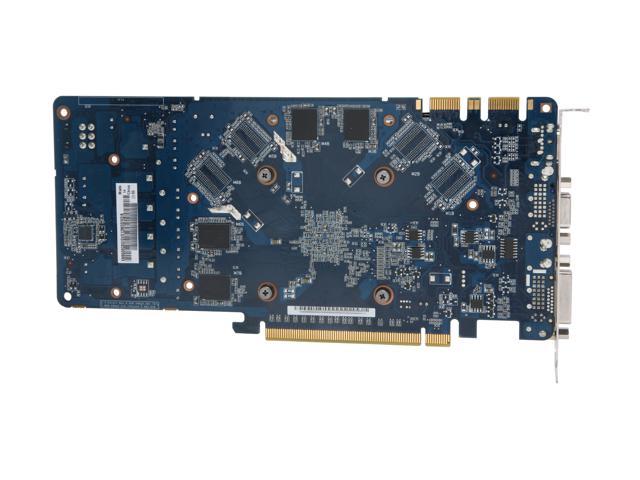 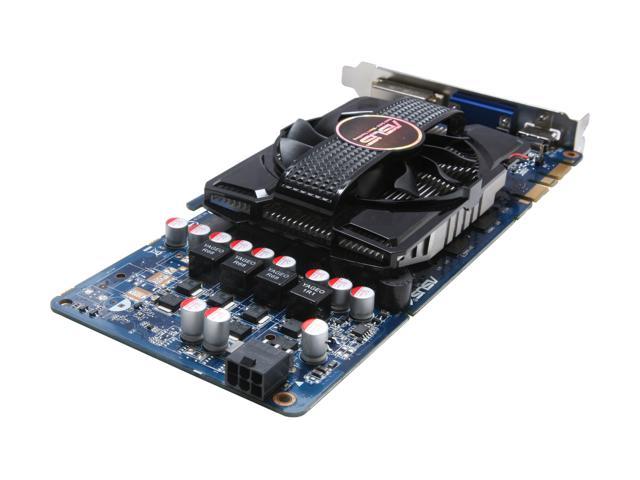 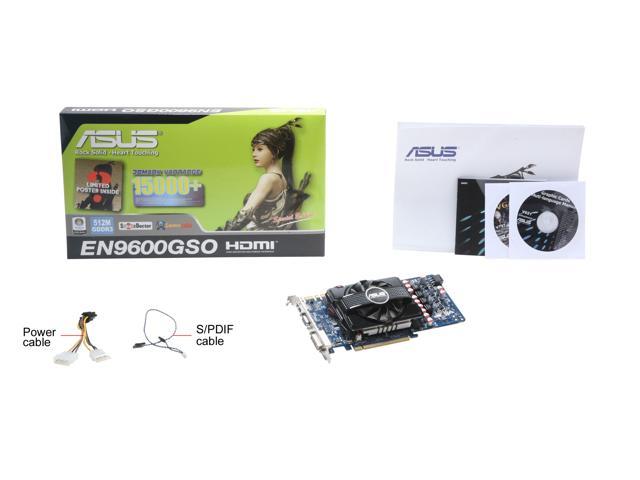 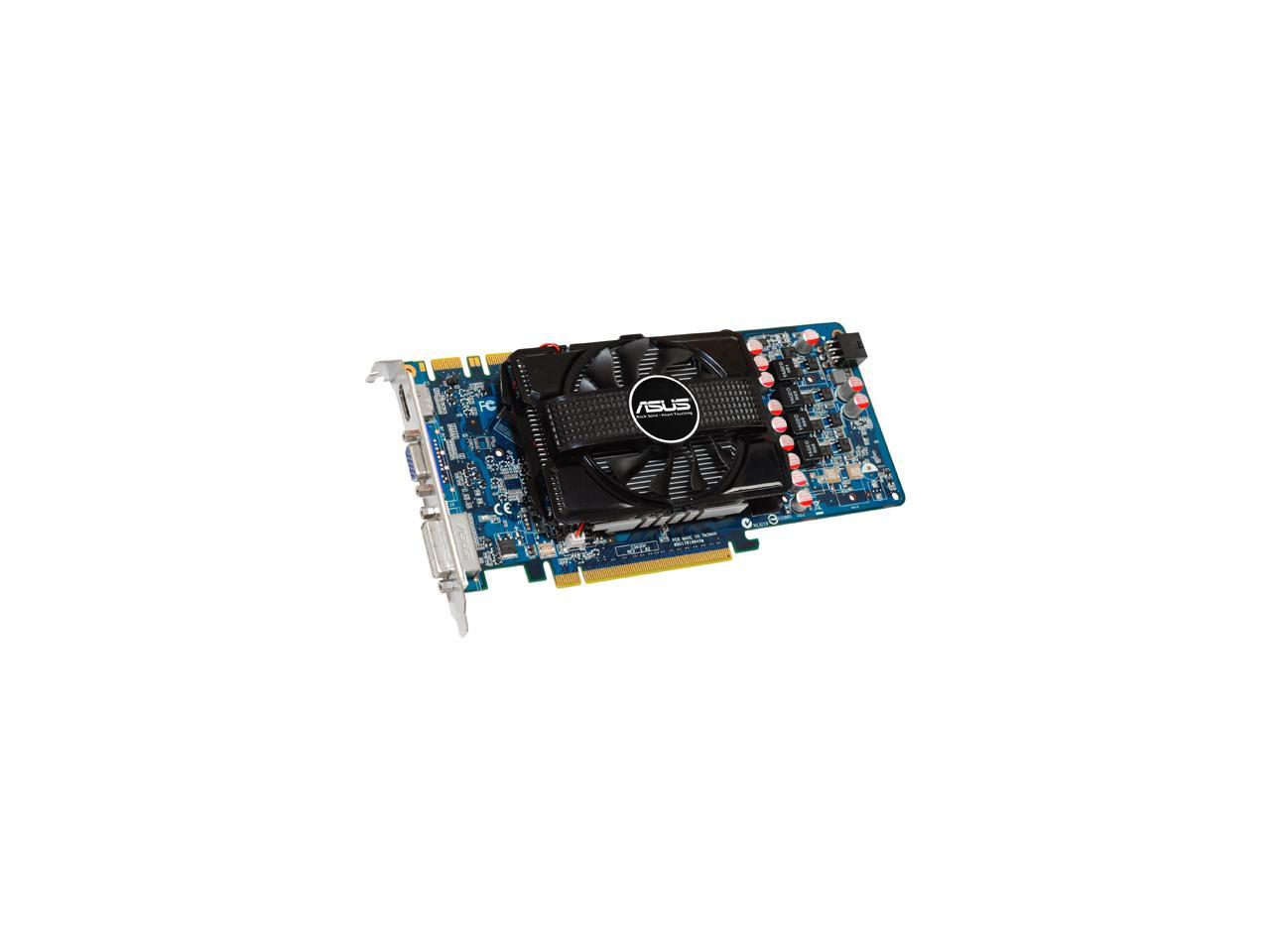 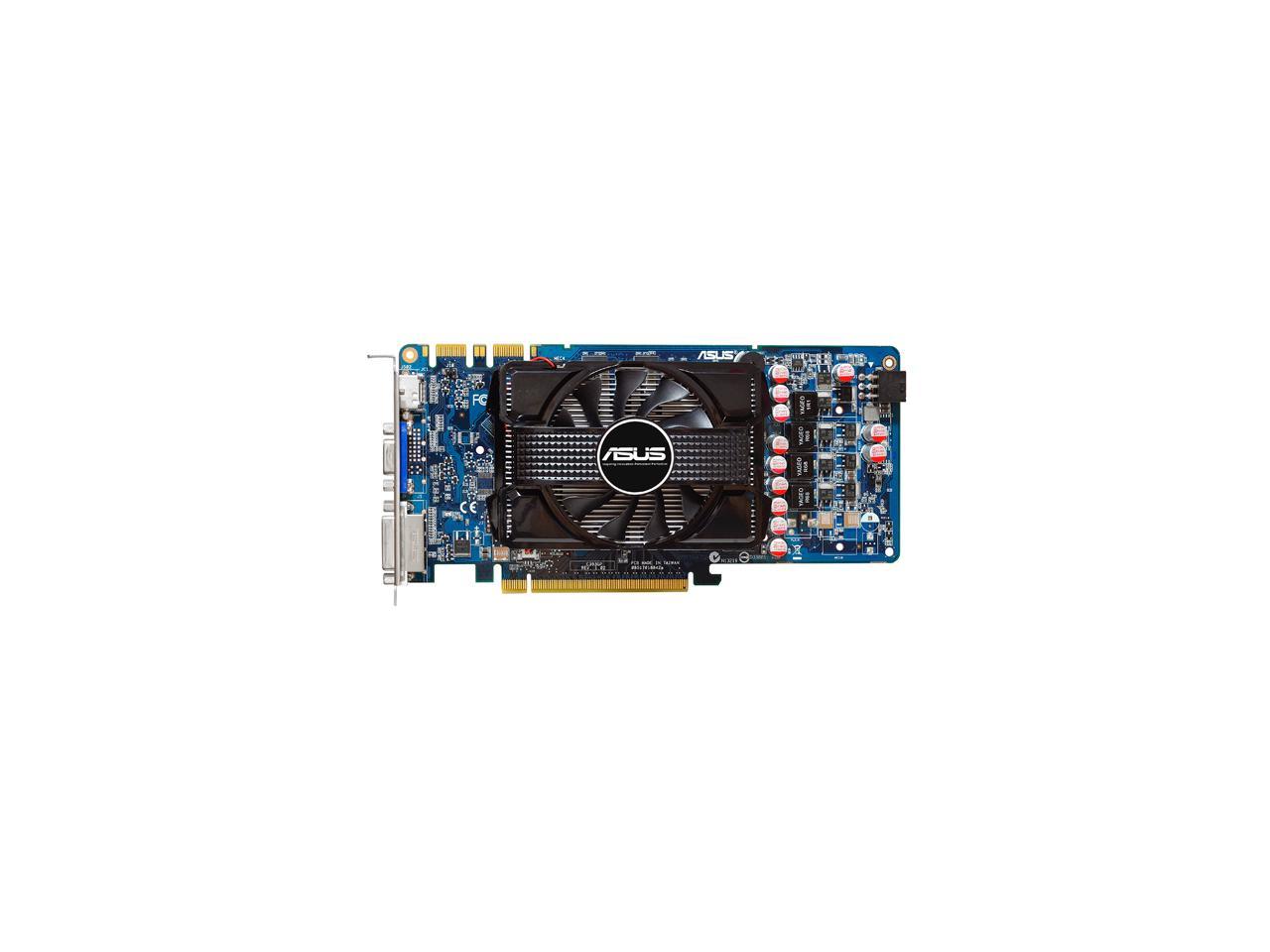 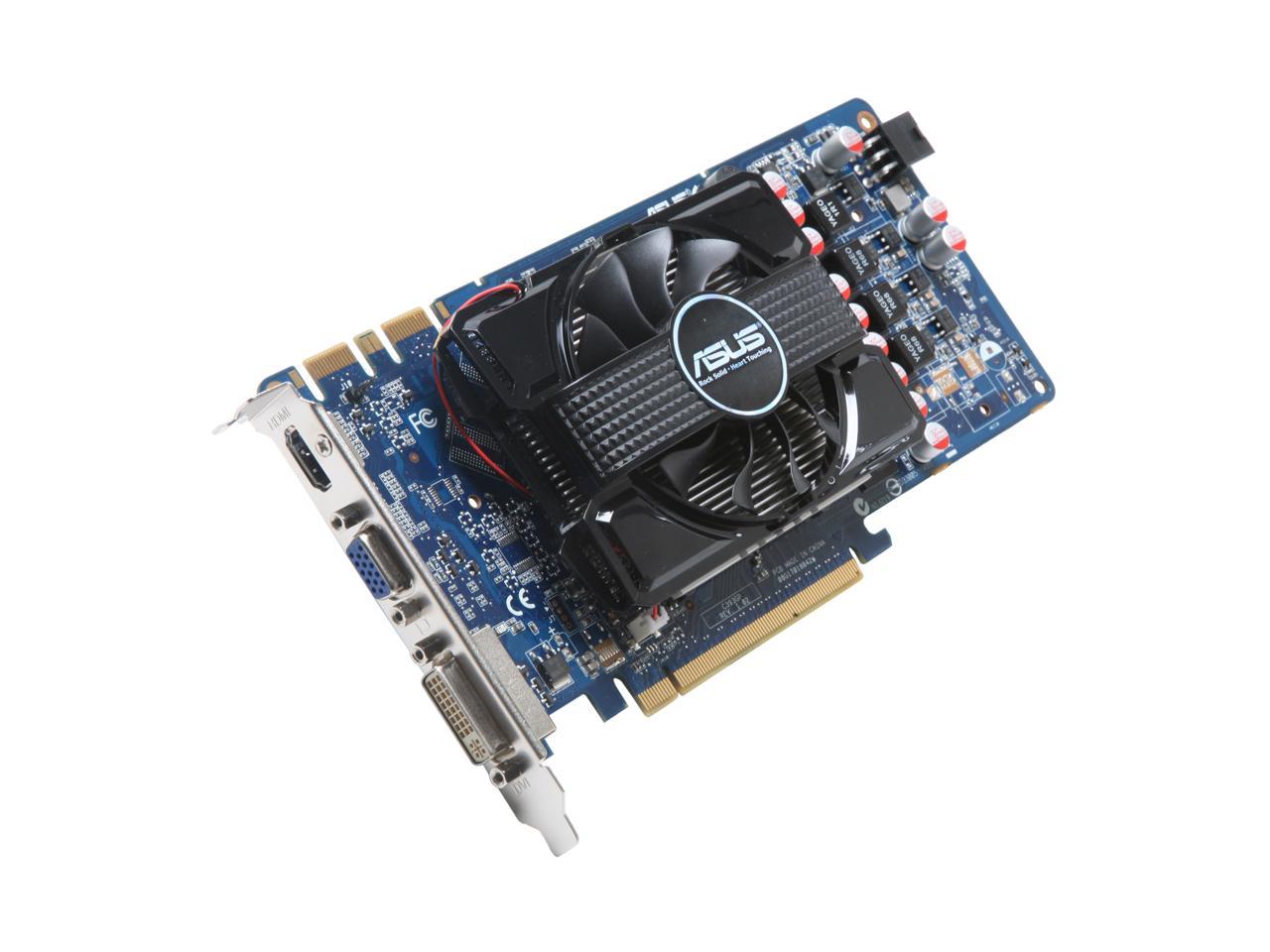 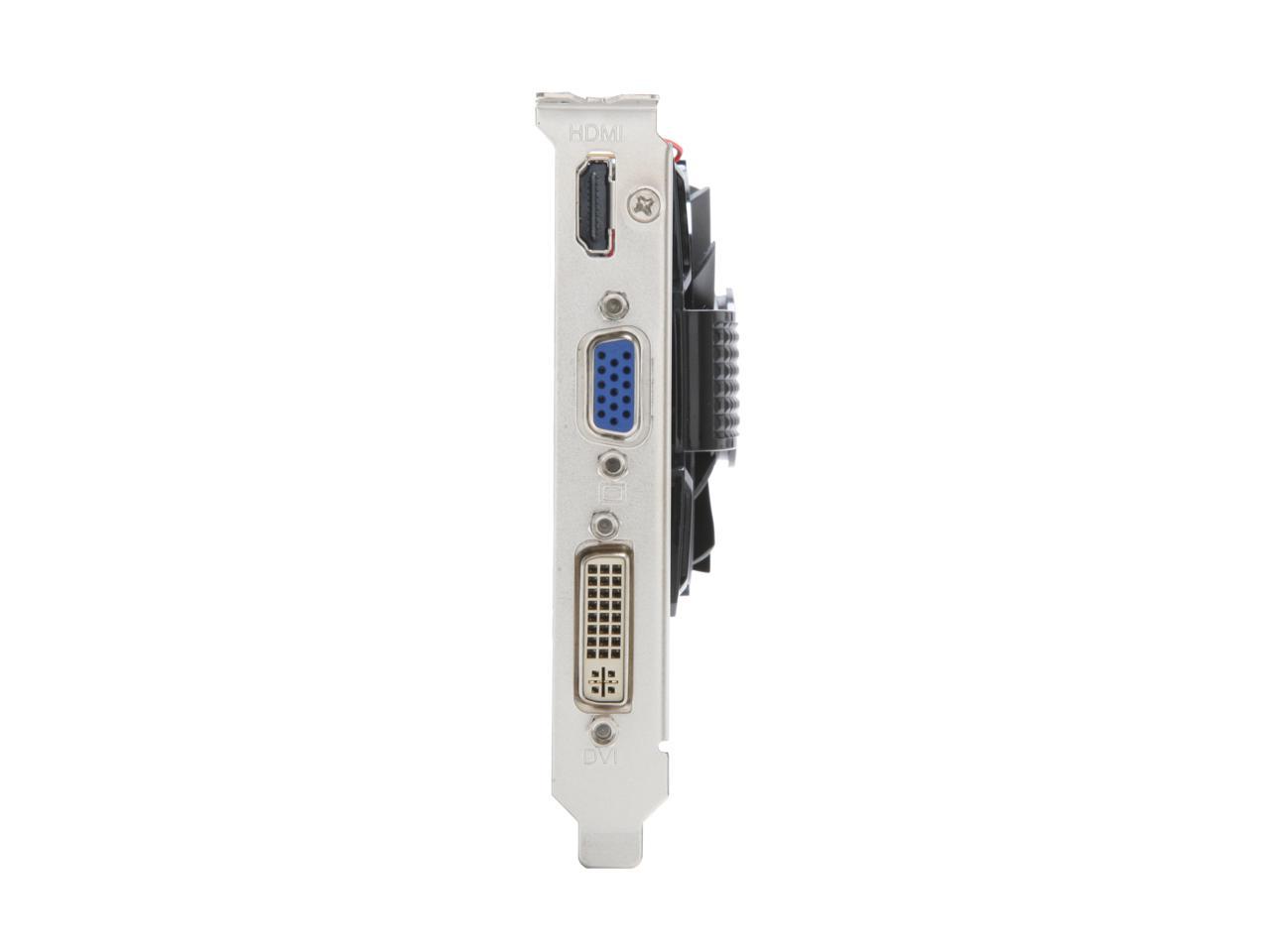 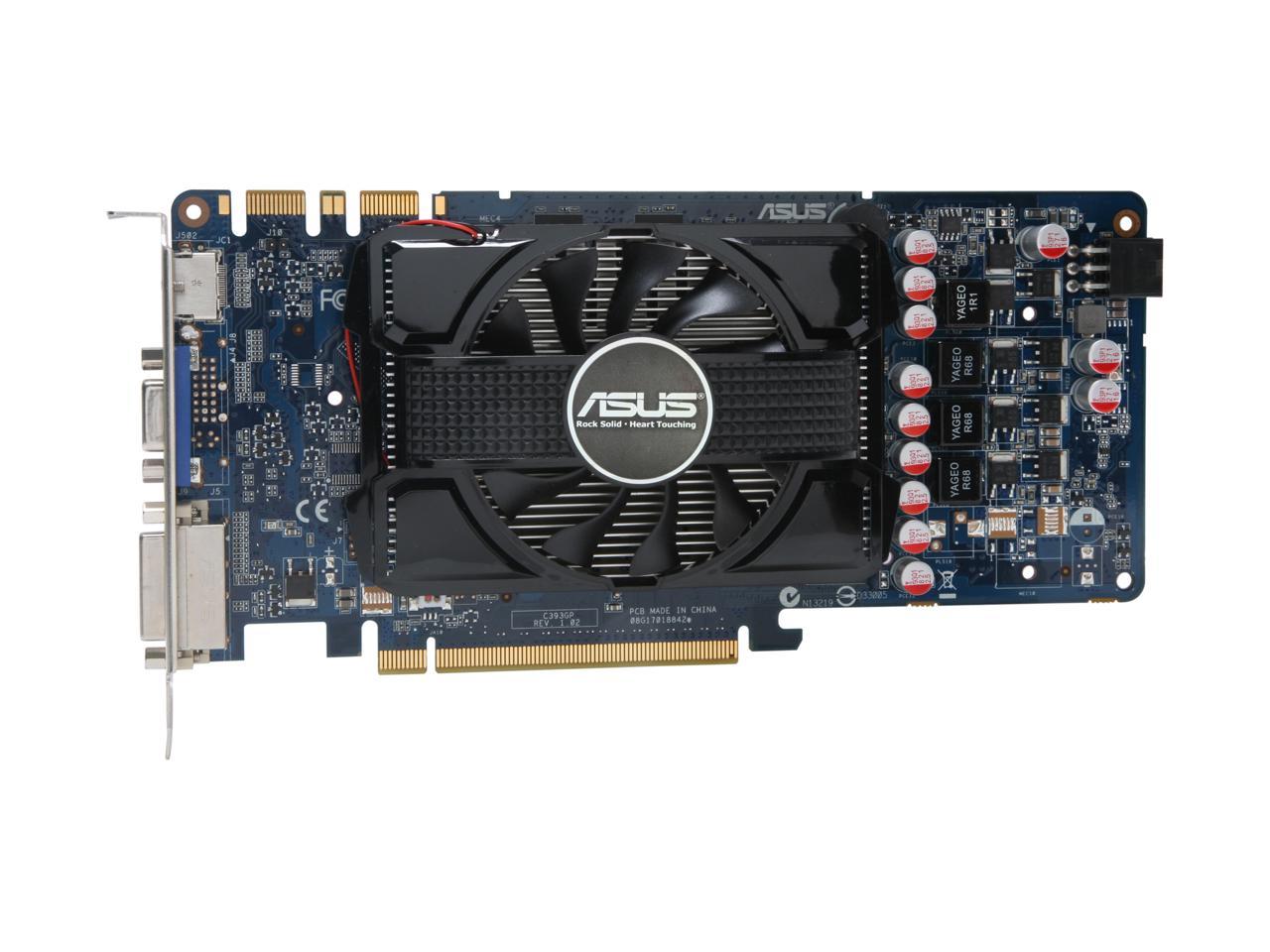 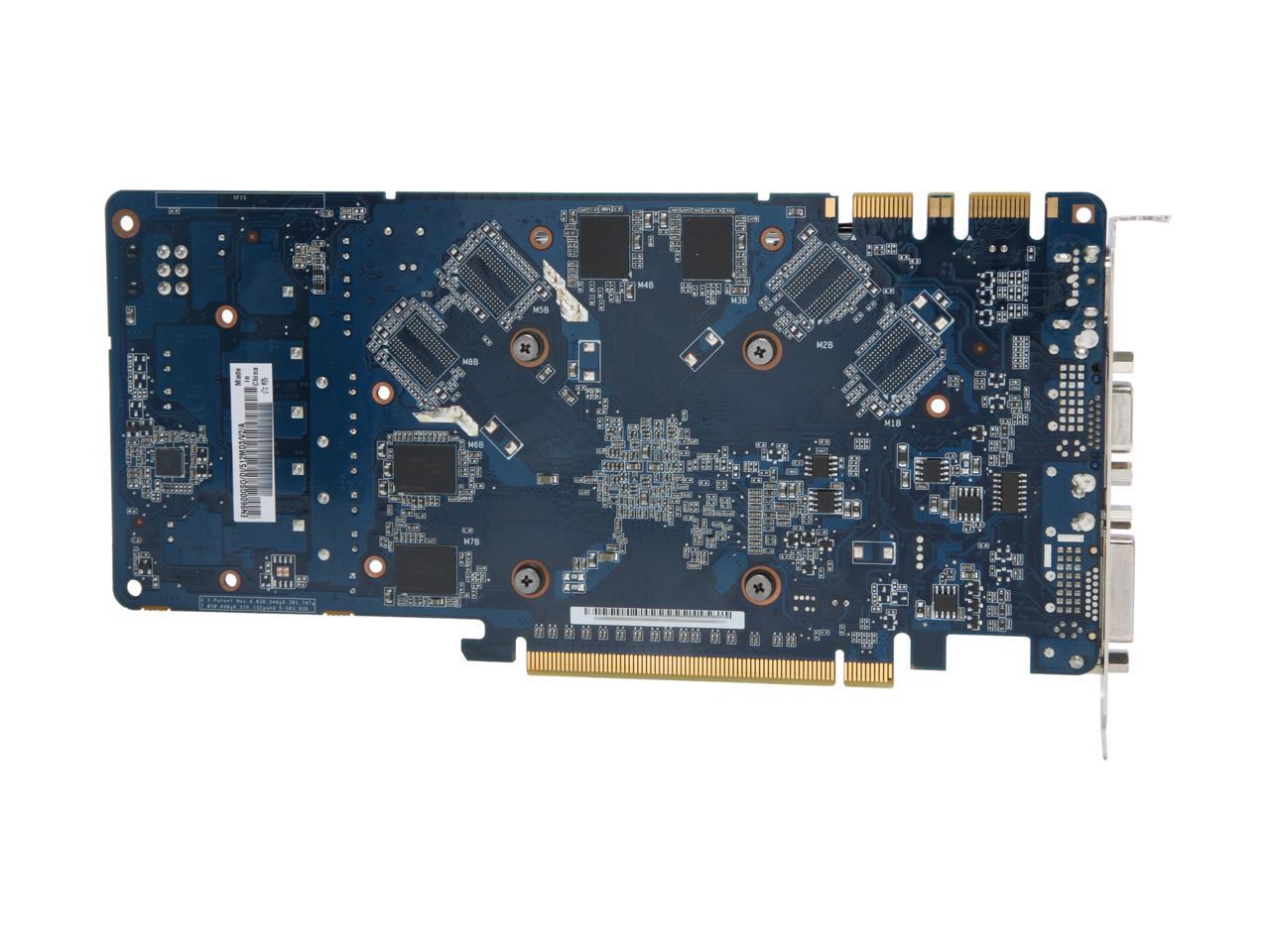 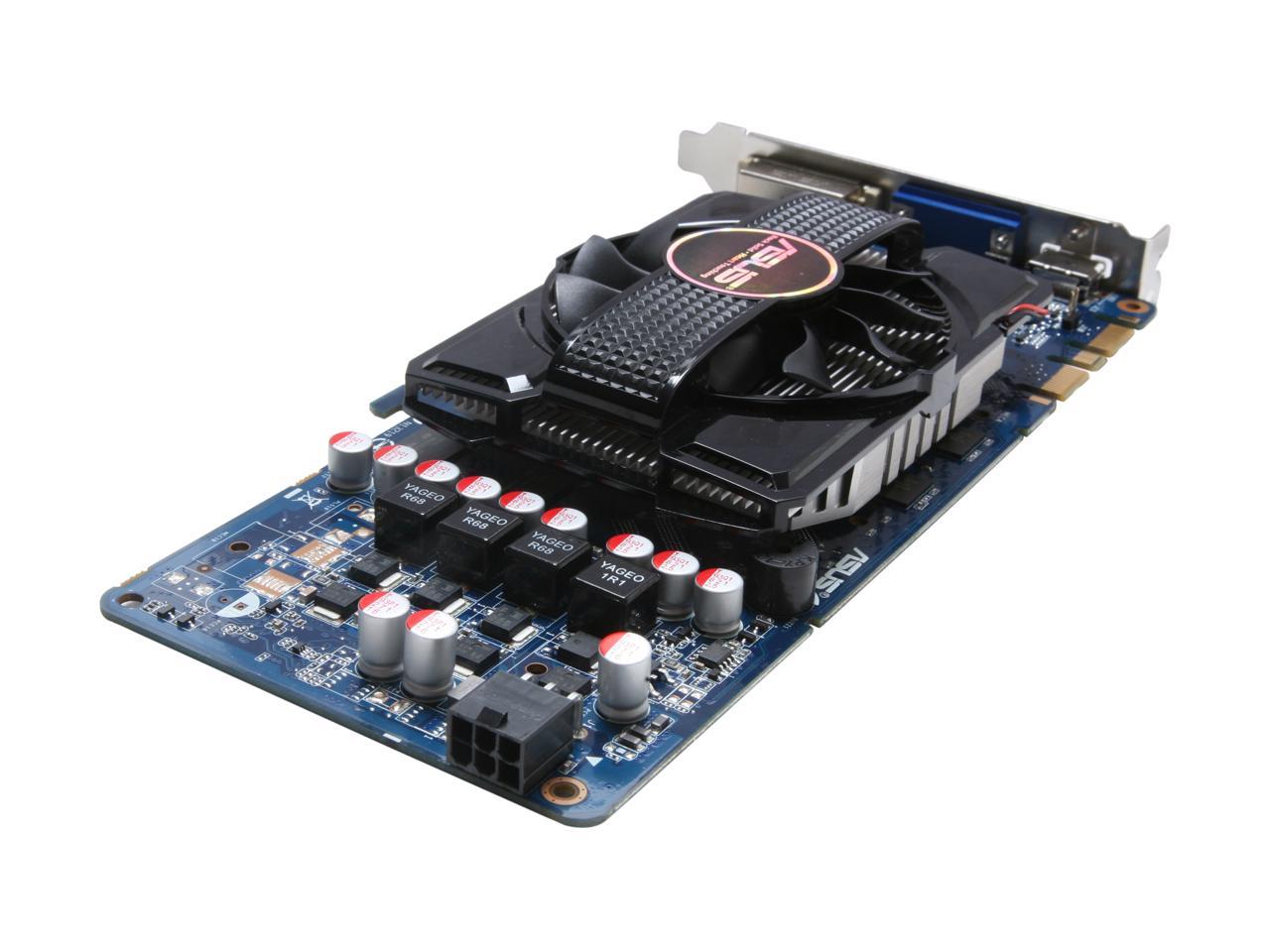 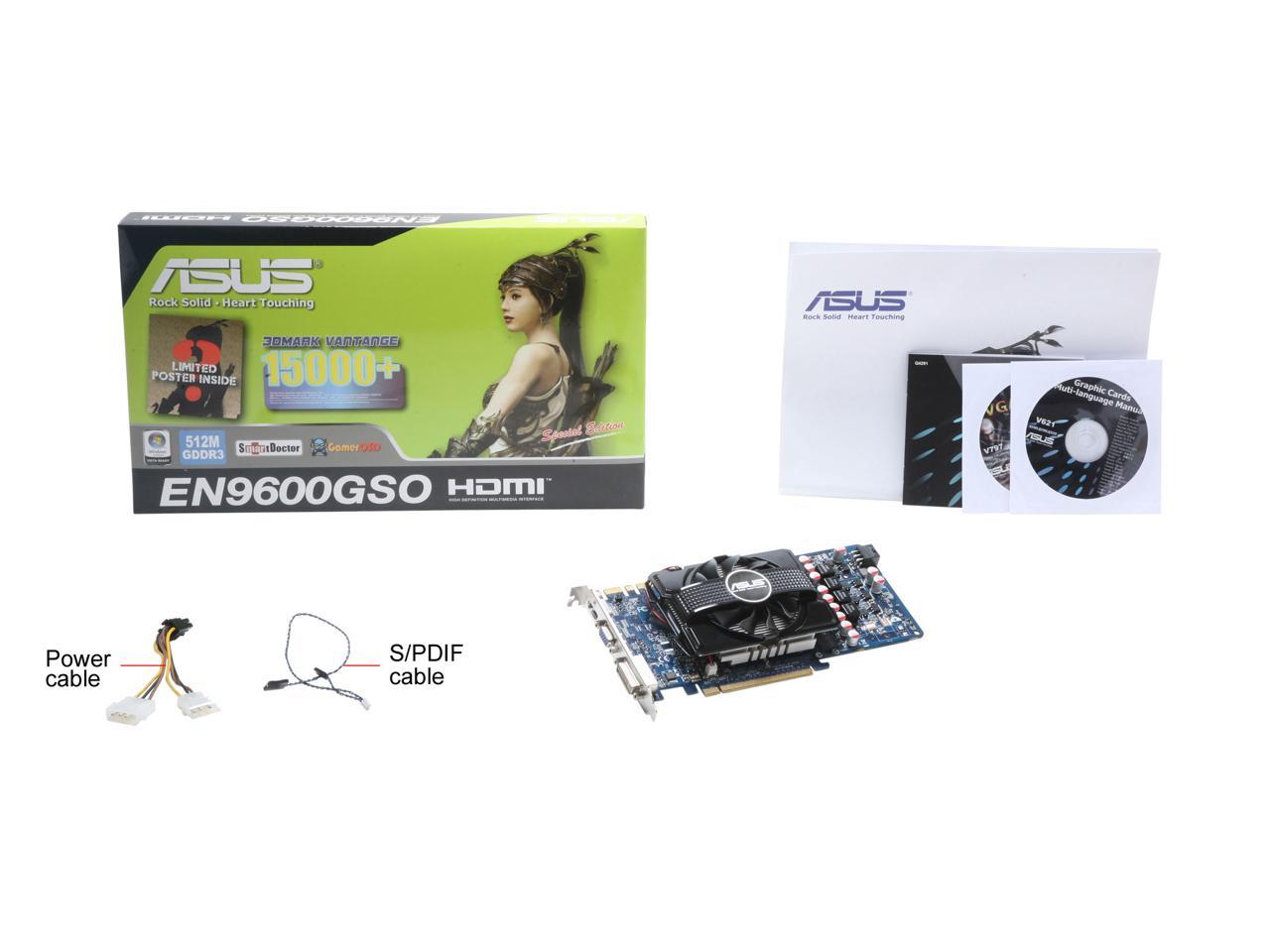 (159) Write a Review
OUT OF STOCK.
Specs
Reviews

Pros: This is a great card, but that is in the context of knowing what you are getting. I thought I would give AMD/ATI a shot, so I got a new amd board and a 7750 Kuma. I was very pleased with the Processor, but the that amd chipset wreaked havoc with two ATI cards in crossfire. I'm selling the ATI Cards and got this to hold me over until I get an amd board with an nvidia chipset. Plays all my games (UT3, Vegas 2, Assassin's Creed, etc.) with no problems. I get 60+ fps on UT3 at 1680 x 1050 at deafult settings. With my two 3870's, I was barley over 60 fps. I'm so done with ATI. I honestly gave them a shot, but I'm going back to Nvidia. This card has great software for overclocking. I really like the HyperDrive feature. It overclocks the card when you're playing games, and brings the card back to default settings when you're just surfing the web and stuff.

Overall Review: Don't buy this card thinking you're gonna win an overclocking competition. This is a budget card, But it is a great budget card. If you have a monitor between 17-22 inches and want to play some games at some descent to great resolutions and fps, then this is the card for you. Haven't tried Crysis, but it could do it at the low end of playable probably. You would have to have a good CPU and Memory to pull that off though. It's a Great card. Get it!

Pros: This card rocks! Can run games on max, notably civ4-warlords. Shadows seem to render nicely and multiple applications and web pages can run simultaneously. UT3 works at 1024x800 with somewhere around 50-60 fps

Cons: However,... The screen seems slightly more blurry... Currently running at 1280x1024, not very noticeable though. Makes an EXTREMELY loud buzz IF you don't connect the auxiliary power cable. Yes this will make the card run and stuff but windows will not recognize it.

Overall Review: Coming from an ATI 1300X series you can definitely see a difference. Definitely make sure that you either have a free PATA power cable or an extender cable, it provides a sort of splitter for you. Once its all said and done, it work great.

Pros: has 96sp and 512mb of ddr3 vram, uses 128 bit memory interface, card is quiet, stays fairly cool, looks nice (discrete looking), and costs less than other 9600gso's but is much better.

Overall Review: i bought this card to hold me over til the HD 5x00 series arrives, and its great enough to handle TF2 @ 1920x1080 all high with 2aa, gets me around 60 fps, great card. These cards are notorious for being extremely great folding cards for little money as well. What sets this card apart from the other 9600gso's, is that the 96sp model used to come with ddr2 memory, and there was a 48sp model with ddr3, but this is 96sp with ddr3, real comparable to a 9600gt guys.

Pros: Reliability after months of use, meets my expectations

Cons: None found since last review

Overall Review: I had to chime in after reading a few of the reviews whining about the 6-pin power connector. First of all, it is foolish to purchase a card where the power connector is clearly in the picture and then expect to not need to connect power to it. There are plenty of cards without the 6-pin power connector that perform similarly to this one - buy one of those and quit dissing this one for having the feature/power requirement. For example, the 9500GT performs very similar to this one and I have yet to see one of those with the 6-pin power connector. Buy what you need rather than buying the bargain card and then complaining that it isn't what you need! As a point of follow-up, since my last review, I added fans to the Accelero S1 I have installed on mine and it now idles at 50 degrees C in an HTPC that is in the top of my bedroom closet and doesn't top 60 under load. All in all, a great card!

Pros: Purely from a gamer standpoint, this card rocks. I put one in a buddies computer (AMD 5000+) and one in my Simpit computer (Q6600) and they are awesome. Excellent FPS in Rise Of Flight (very demanding game) and in Crysis Wars, both very playable.

Overall Review: I use a GTX285 in my main rig (i7 920) and the 9600GSO gives impressive performance in comparison.

Cons: None with the card, I hate rebates!

Overall Review: It's a no brainer, buy this card! Great for low end builders. I will buy another to replace my 8500GT.

Pros: A fine budget upgrade (or first card) for a budget PC. Great spec's considering the price. Now I can watch higher-resolution (mkv/720p) movies and play CS Source / have nicer settings in Compiz (at 1280x1024) with absolutely no stuttering and perfect smoothness. I'll say it again: I'm quite impressed by how good this card is considering how much I paid for it. Also, the heatsink is beautiful. It just looks so nice and solid and shiny.

Cons: It's really long. Unless you have a really roomy full-tower case (I have a Mid ATX) this card may prevent you from being able to use one or more of your 3.5" drive bay slots. Also, ASUS's slogan "Rock Solid - Heart Touching" is really cheesy, although it's true - watching the BBC "Planet Earth" series with this card set up with the latest drivers almost moves me to tears.

Overall Review: This card has twice the memory and three times the number of stream processors of my old EVGA 8600 GT, which I purchased for nearly twice as high a price back in April '08. It's amazing how quickly these things become obsolete. I guess that if you want some fun every now and then but aren't an obsessive gamer, it's wise to simply shoot for cards lower in the price range and be content with good deals like this.

Pros: This card allows me to run WoW at maximum settings in dalaran at 46 fps, second life at max in a busy club with 31 fps, and just about any other game I have. Cooling solution works well.

Cons: Have not gotten SmartDoctor by Asus to work as of yet, keeps telling me it can't access EIO.dll and crashes, only problem so far