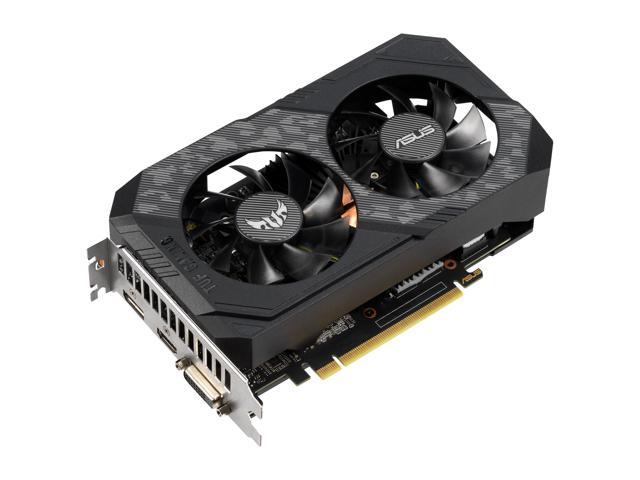 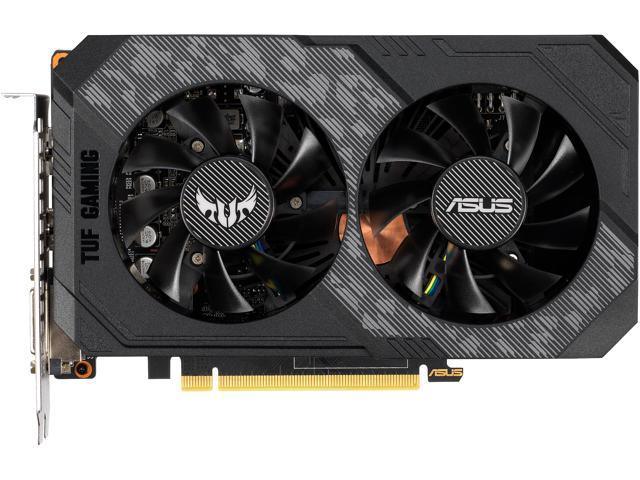 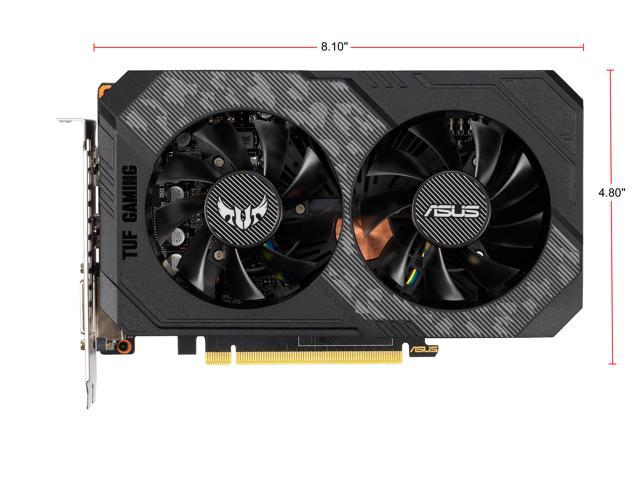 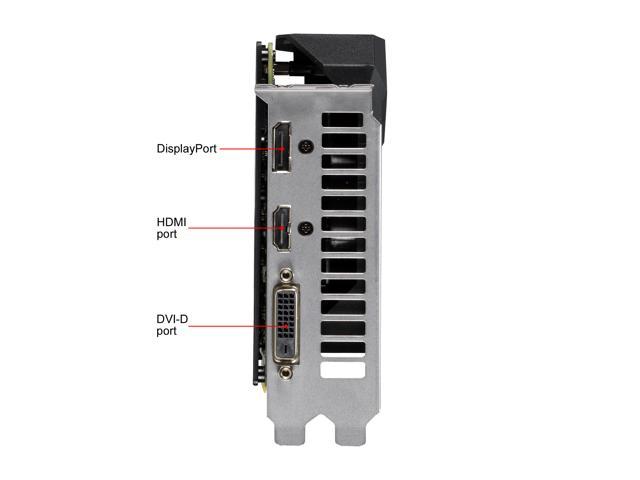 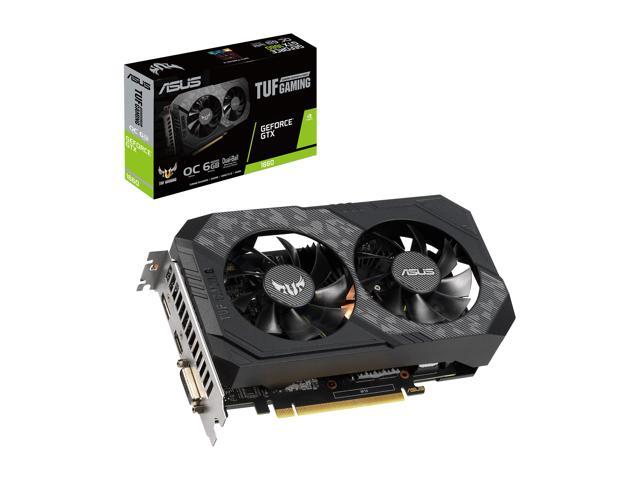 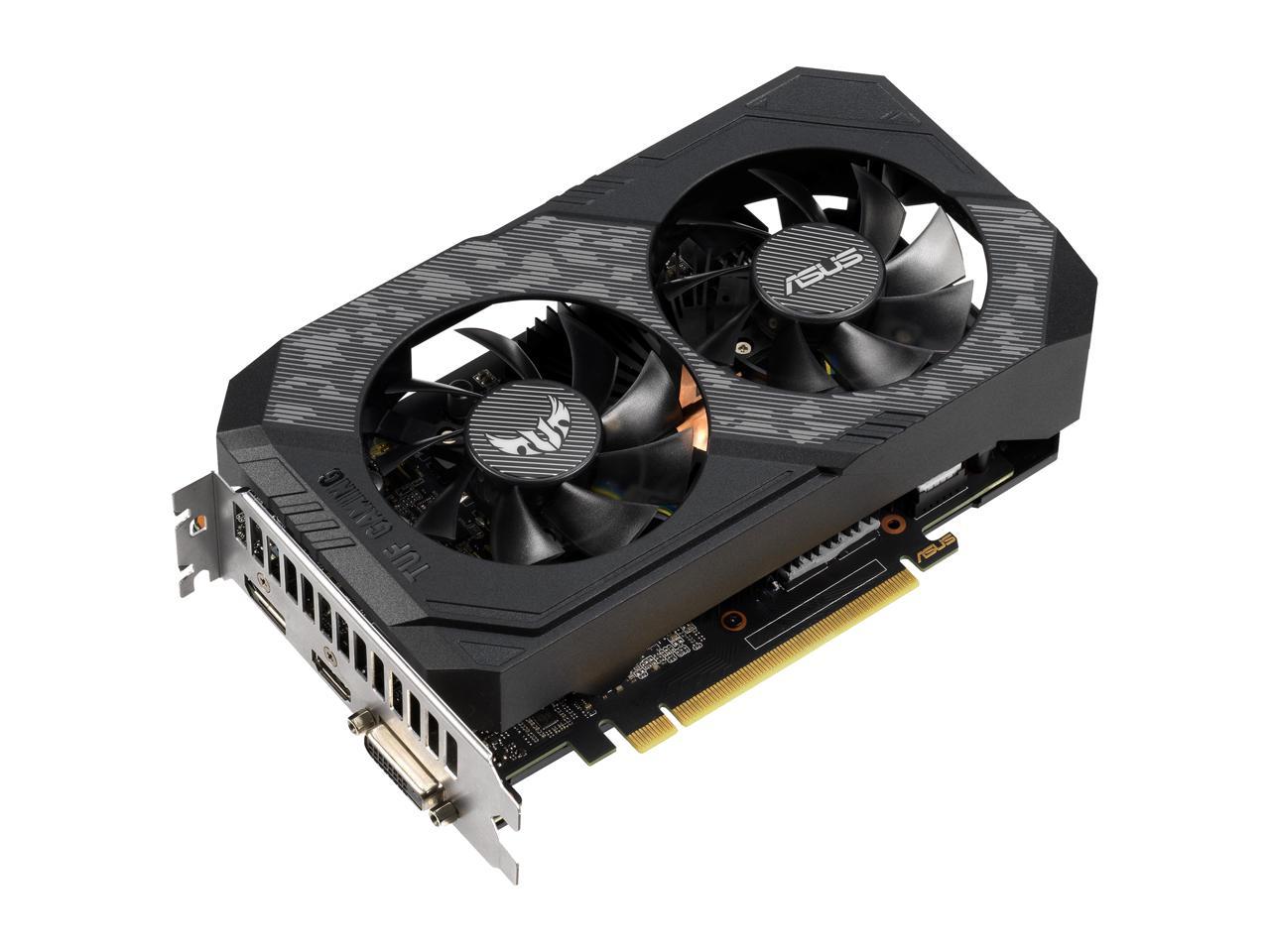 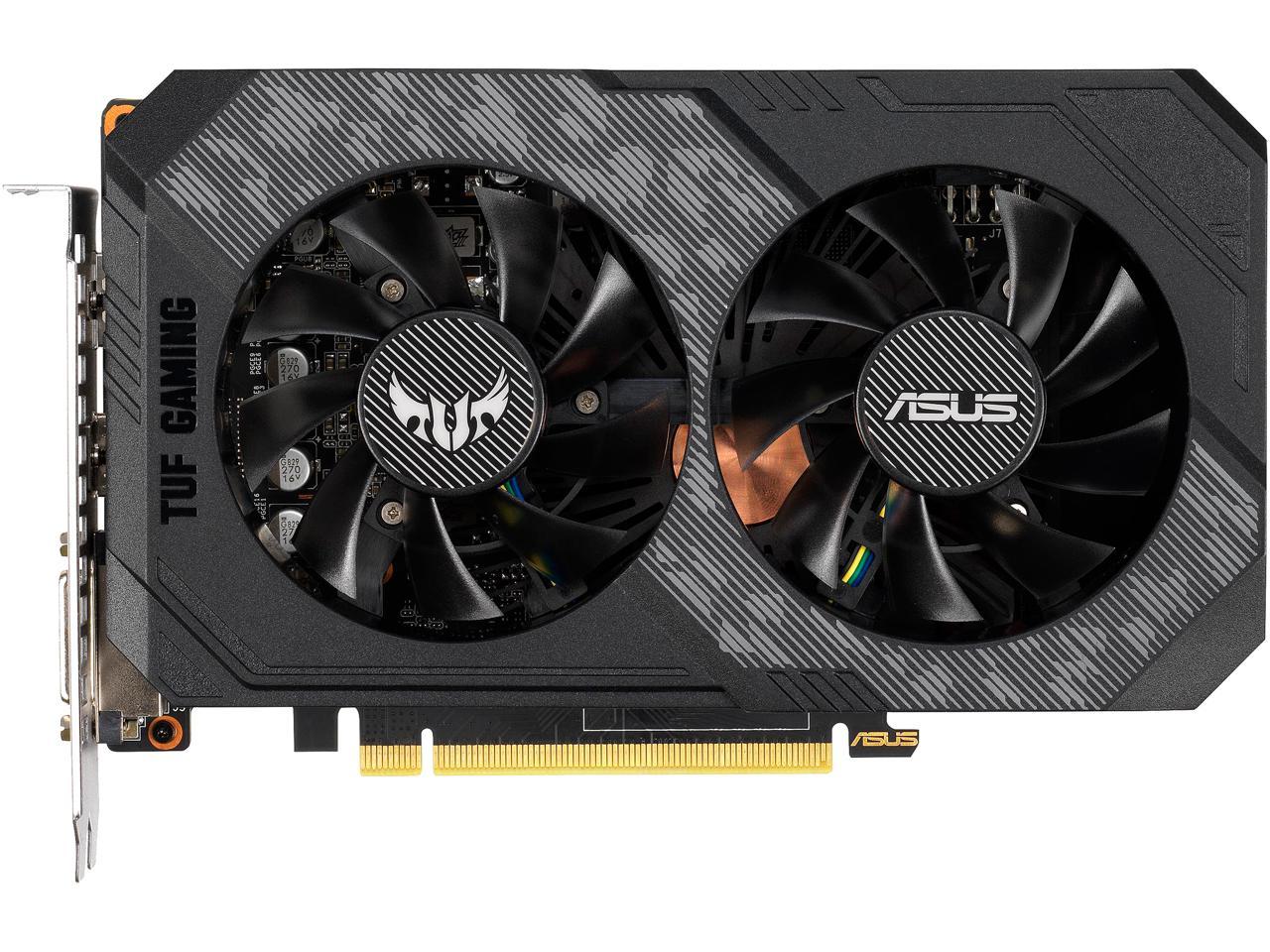 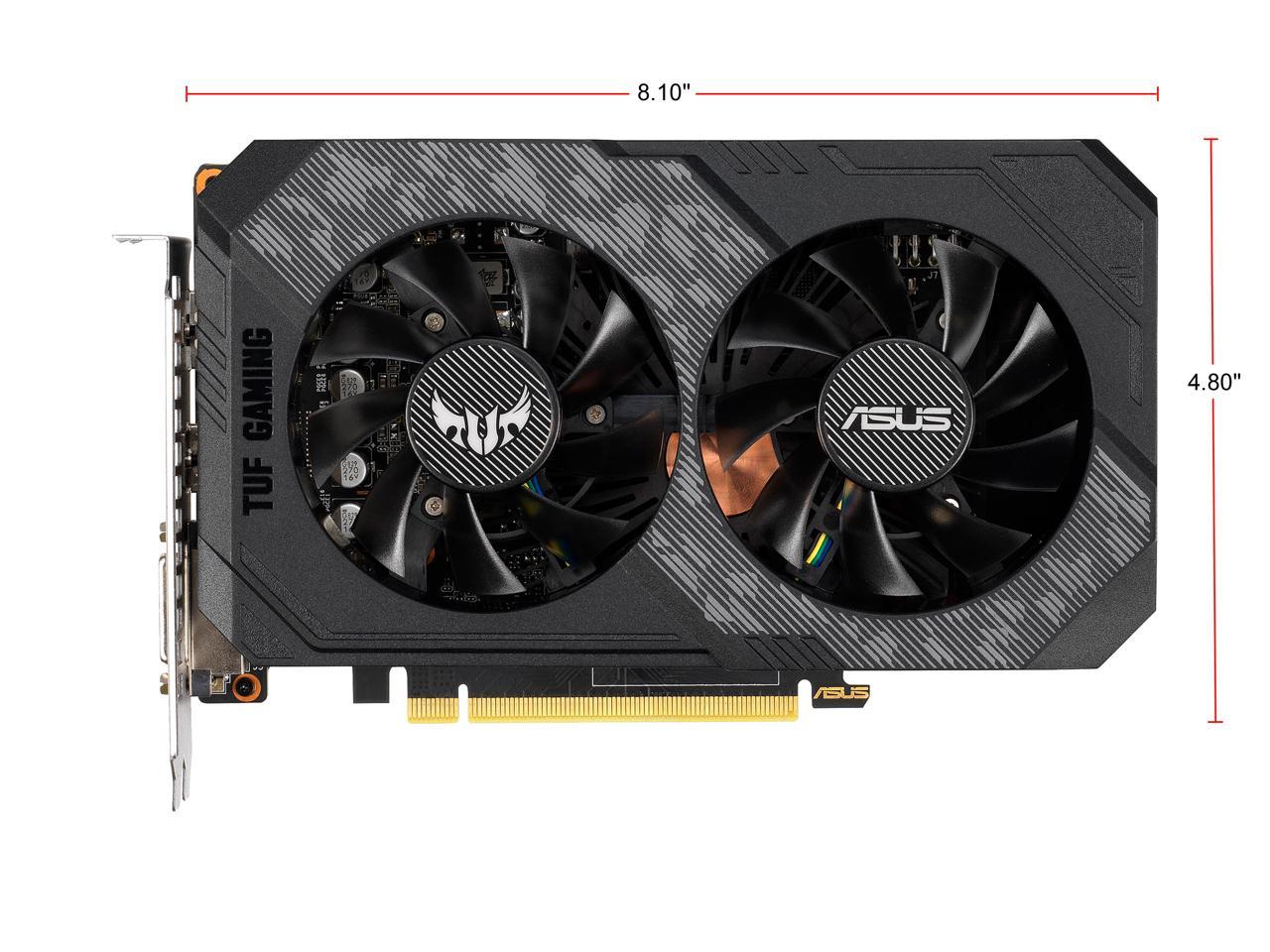 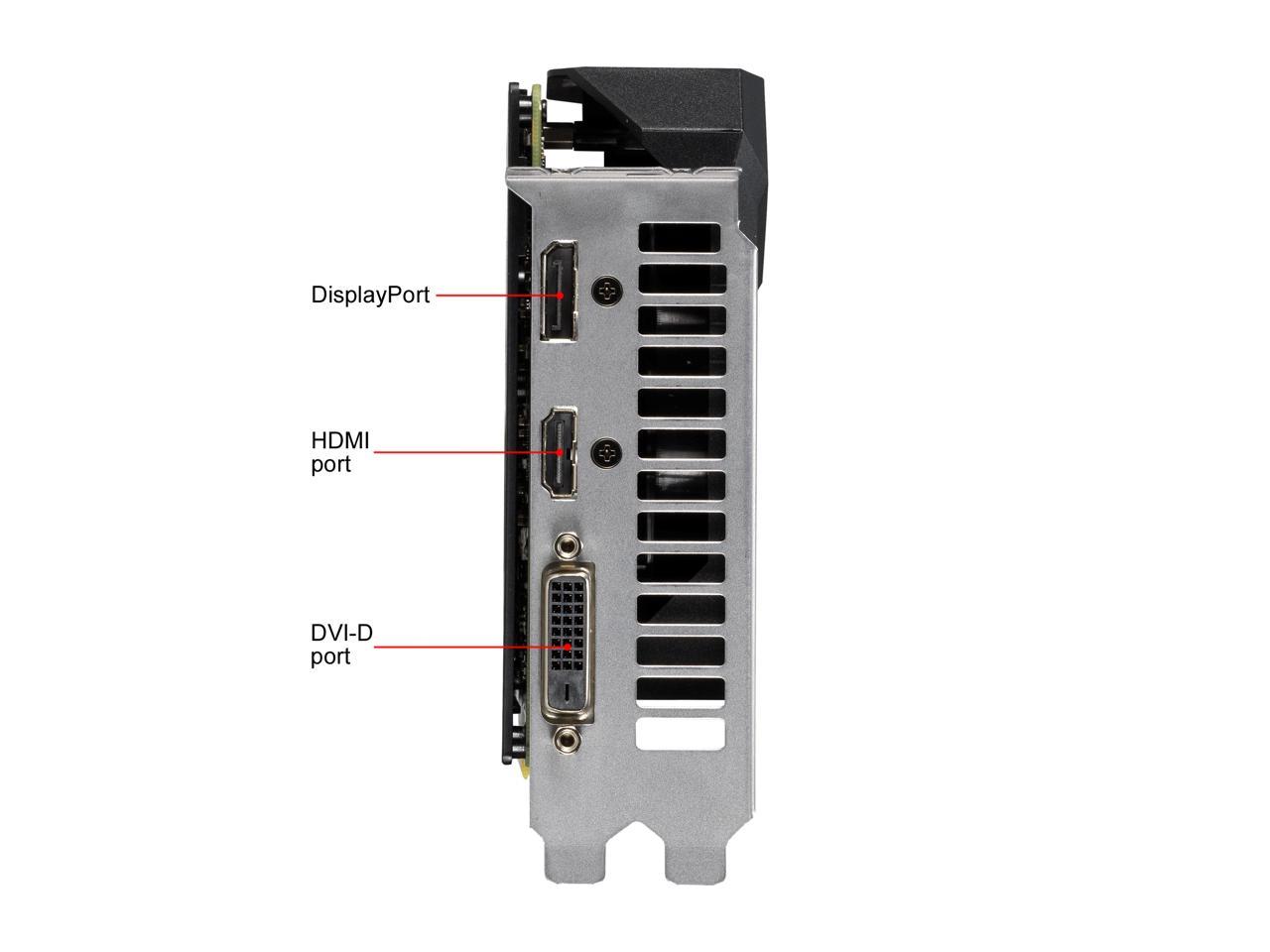 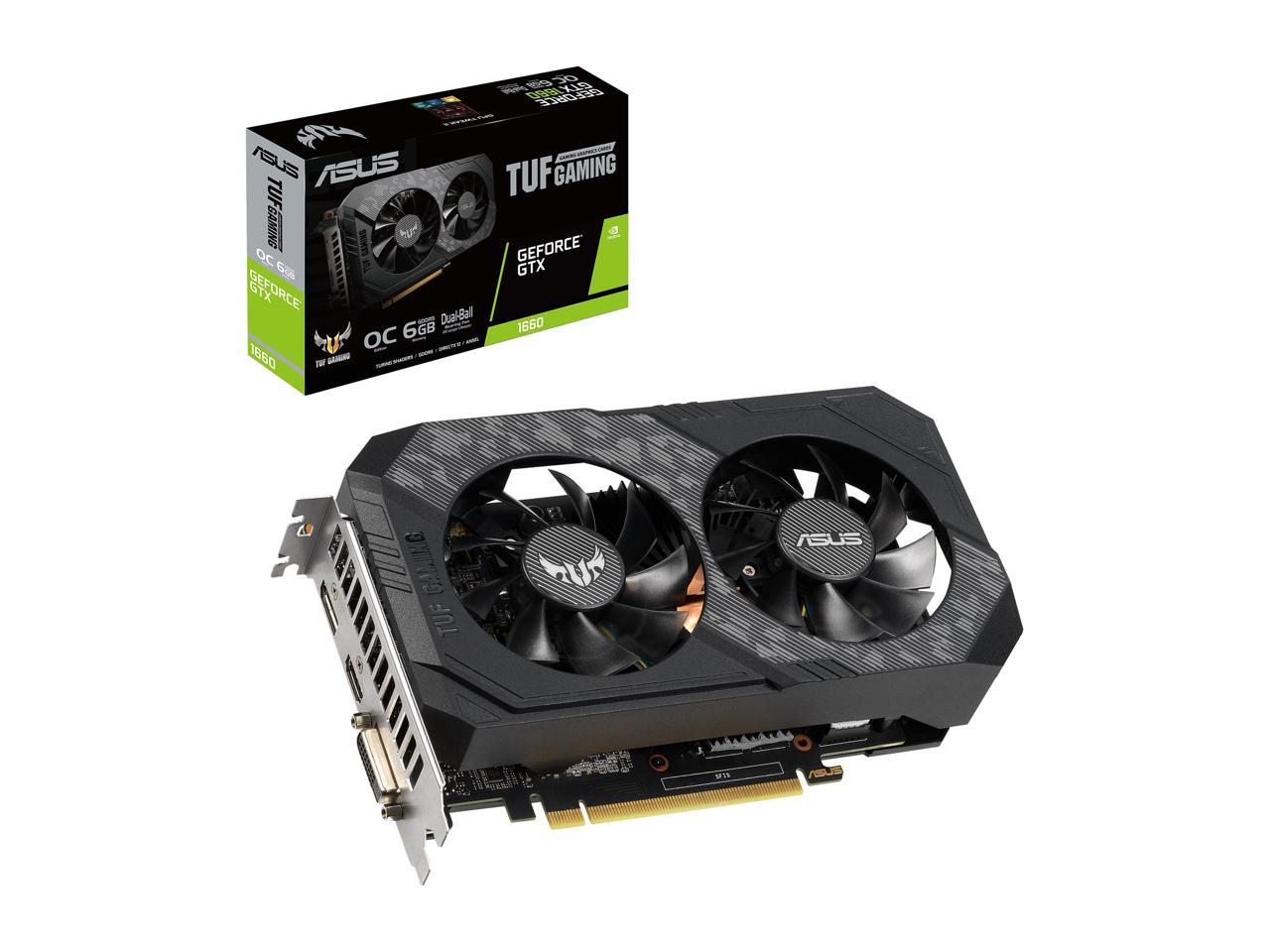 Learn more about the ASUS TUF-GTX1660-O6G-GAMING

Overall Review: Great midrange and no issues installing booting or getting drivers

Pros: If you need something for small CUDA-enabled projects or everyday games, save your money and go with this over a 2070/2080 or the upcoming 30- line. Intense structural biology workflows working with >500 Gb of image data are seamlessly processed with this card. I doubt the extra seconds of your life a more fancy card are worth paying double for a higher-end card.

Cons: It is not a Ti or a Super. If you are a gamer at 4K or have someone funding you get a better card. Average people can use this card without feeling like they are missing something

Cons: No light of any kind

Cons: Upon installation, the video card was completely dead. Computer would not come on or post. I replaced this card with an ASUS GTX 1660 TI and it worked perfectly.

Overall Review: I would not recommend this item but Newegg's customer service was excellent.

1 out of 2 people found this review helpful. Did you?
Manufacturer Response:
Dear Frank, Hello, I would like to thank you for taking your time in writing this review, we certainly value your feedback. It is unfortunate that your video card was dead on arrival. This is certainly not what we want our customer's to experience. It looks like you have replaced it with the ASUS GTX 1660TI, which is working fine. Sorry for the inconvenience. If you have any questions or concerns, feel free to contact me at cl-justin@asus.com and I will help you to the best of my abilities. I'm here to assist our customers with our products and dedicated in bringing a resolution to all issues that they may come across. Your case for reference is #N191080227 Thanks for choosing ASUS Regards, Justin ASUS Customer Loyalty - US Support
Anonymous
Ownership: 1 week to 1 month
Verified Owner
Good Deal7/24/2019 7:25:02 AM

Cons: Price is a little high since you can step up to rtx for not much more

Overall Review: Bought for productivity for a AV studio, if i was gaming, i would go rtx or amd since the price diff is negligible

Pros: - GTX 1660 performs well - VRAM thermal pads are not stacked like EVGA does

Cons: - Small heatsink causes high temps - High temps cause fan to get louder and thermal throttling - Other 1660 have better heatsinks

Overall Review: I tried to post a review earlier but Newegg didn't let it go through. I regret buying this GPU, and I bought it because I read some reviews and had brand loyalty to ASUS. While ASUS' TUF motherboards are excellent, this GPU does not live up to the TUF branding. The heatsink is as small as ones you see on a GTX 1650, but with a copper core. This GPU is pretty much an ASUS Phoenix GTX 1660 with a tougher shroud and 2 fans to look like it's got good cooling, but underneath the heatsink is anything but. Marketing worked as this TUF card has not gotten slammed in reviews for the poor cooling the Phoenix has, even though it shares the same issue. And it's a shame because the cooling was the only thing holding the Phoenix back, and it's the same here too. Other GTX 1660 are better than this, your money is better spent elsewhere. 86 degrees in Flight Simulator 2020 1080p low settings is unacceptable. The FPS may be good, but the fans get loud and the GPU thermal throttles in the heat.

Pros: 1. Best value for a nVidia card on the market right now. 2. Great Performance. 3. Goes well with 32GB of RAM.

Overall Review: I'd dominate your girl in any game then send her back to you after I'm finished.

0 out of 11 people found this review helpful. Did you?