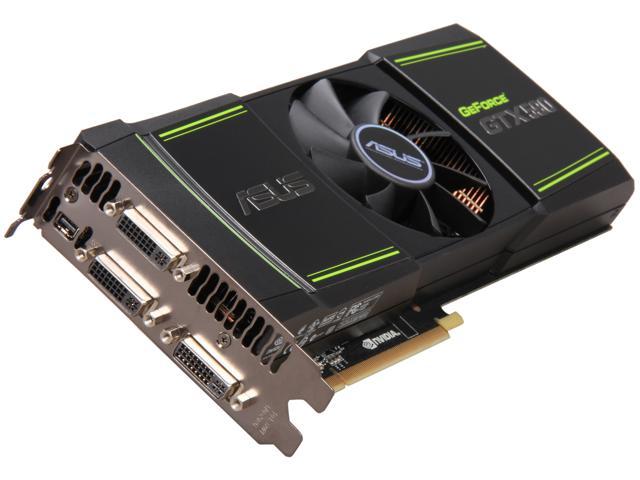 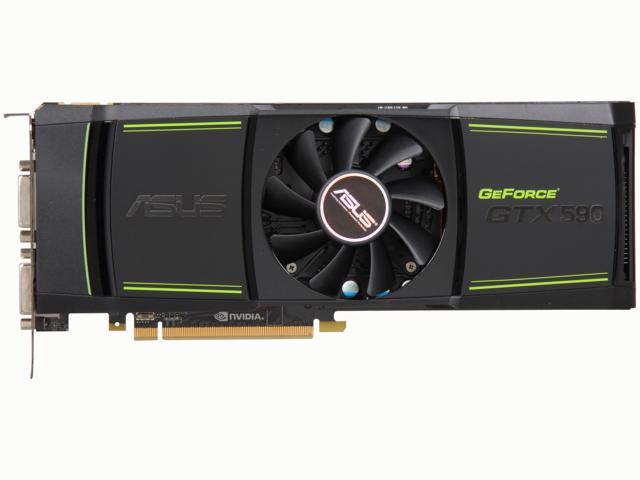 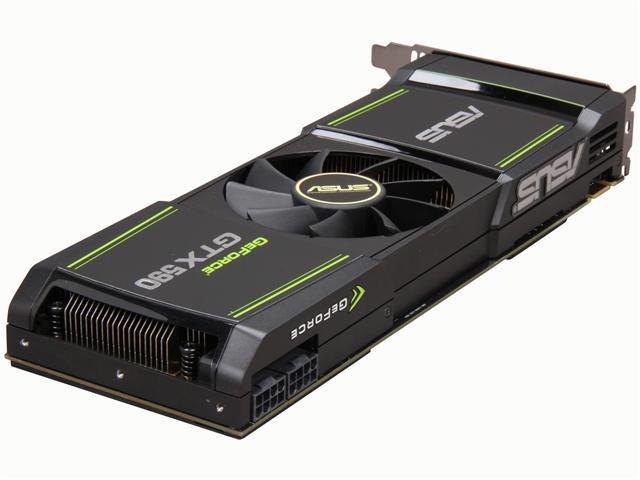 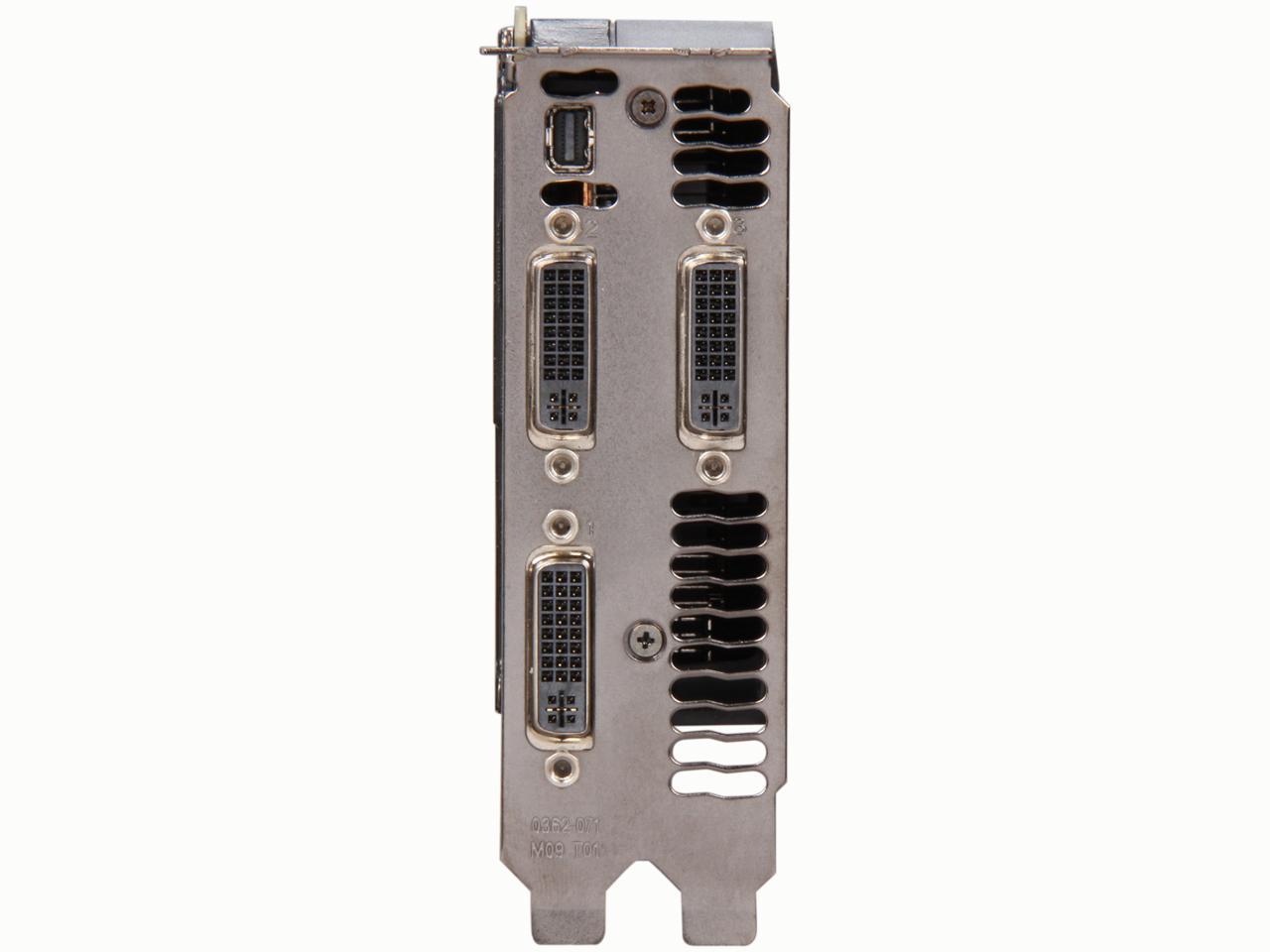 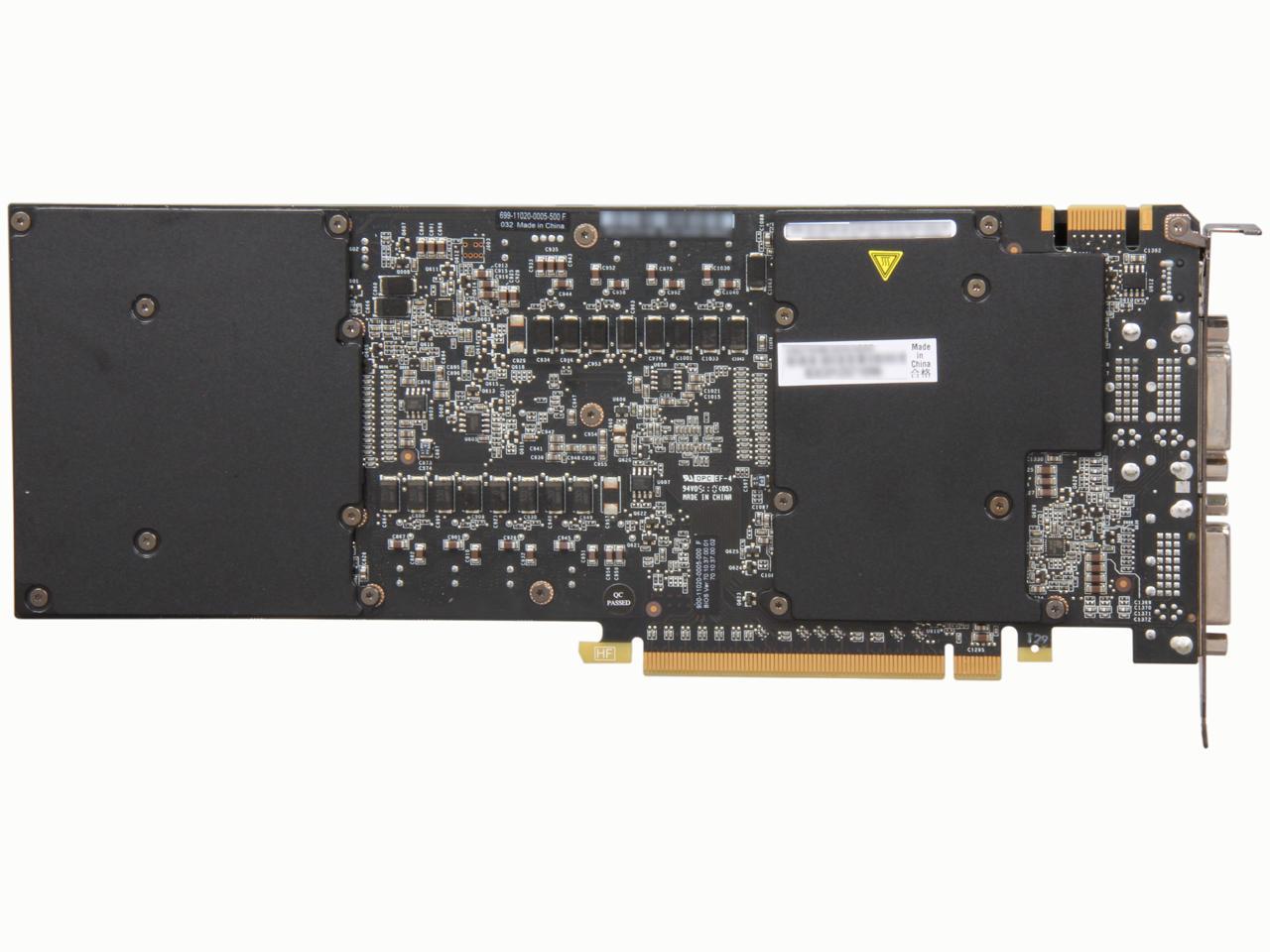 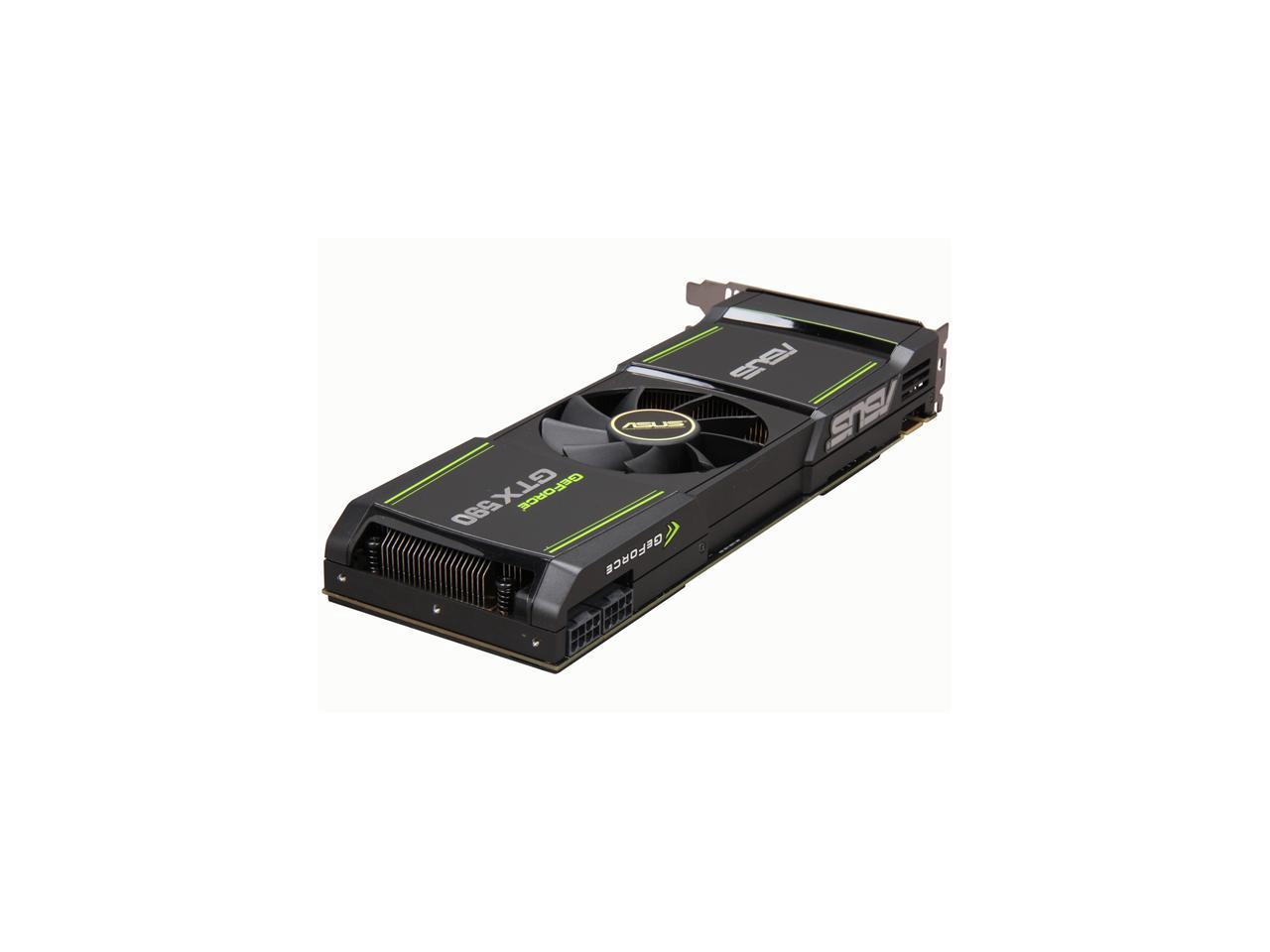 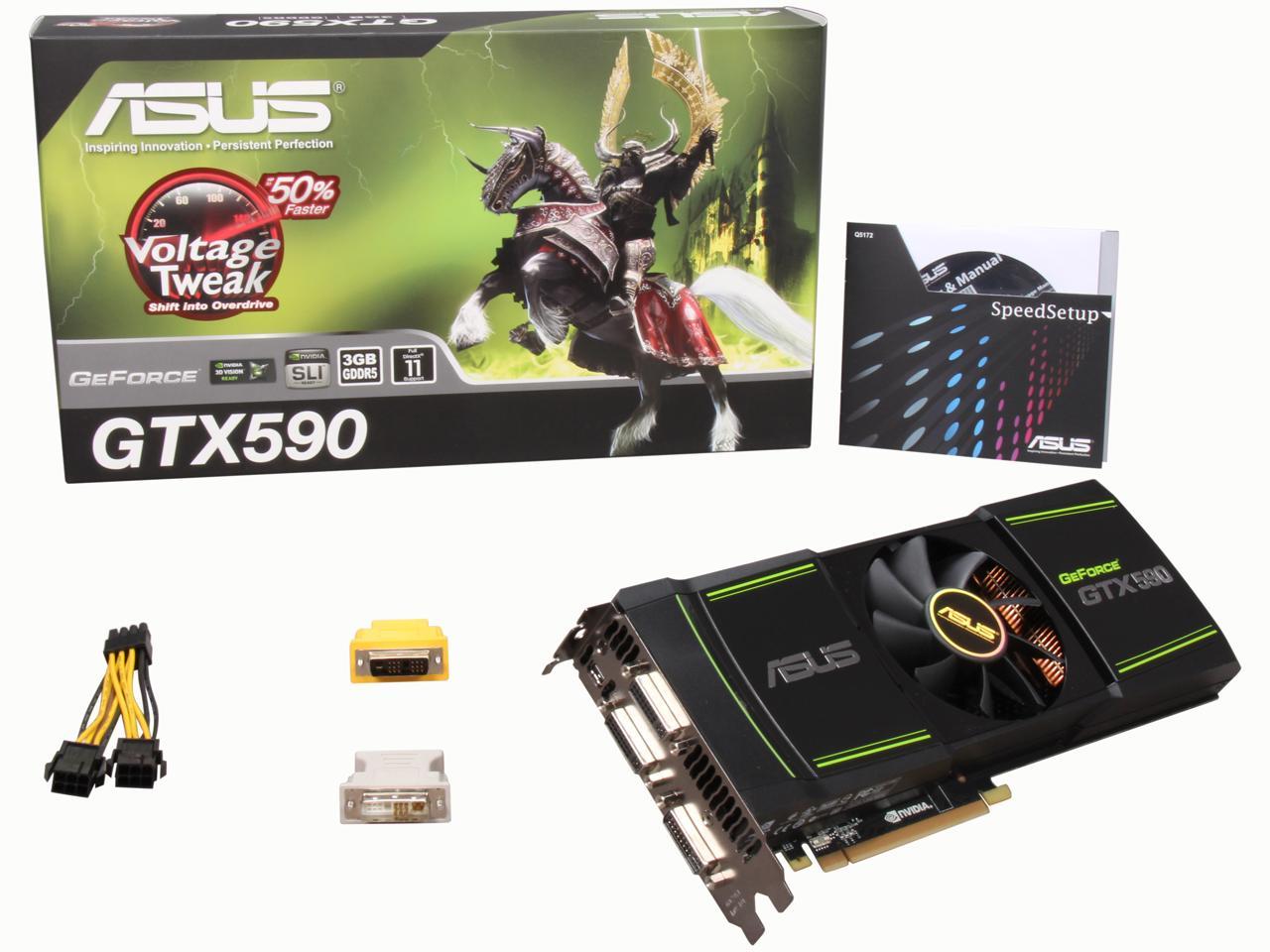 Learn more about the ASUS ENGTX590/3DIS/3GD5

Pros: Idles cool and quiet at 33C. During 3D bechmarking and DX-10/11 gaming, with 99% of GPU utilization, GPU temp. gets up to 75C with automatic fan control and max. of 1700+ RPMs, without much increase in fan's noise. Great improvement (100%) in 3D gaming performance compared to my other dual GPU on a single video card/PCB, the BFG 295GTX. After latest GPU firmware update, it run stable with OC of: CC670/MC3520.

Overall Review: This card is not for the man on a budget. Avoid all bottlenecks by doing your research on other key system components for compatibility - especially your power supply. You can get a modest overclock on this card, but no where near what Asus claims with voltage tweak. (*they recommend a water block if you intend on obtaining anything close to those numbers - and if you do, go with the EVGA hydo-copper 590) First high end card I've purchased since my Nvidia 6800 Ultra. No regrets, awesome card.

Overall Review: Tips. Run the latest drivers from NVIDIA. Do not try to save money on a Power Supply if your running this card, or you will be very unhappy. Im using Antec 1200 High Current Pro.

Cons: none so far. maybe the fact that clock speed has been reduced a bit to allow power/temp to be a at manageable level

Pros: -Very powerful card -Can be overclocked, but i recommend getting a water block if you do so. -Software provided by ASUS is an A+ -Much more silent than it's competitor 6990. -Did not arrive DOA as many of the 1 star reviews claim.

Cons: -This card does get very hot under load. -This is a con for your wallet, but make sure you get a decent power supply [1k+]

Overall Review: I was very skeptical at first after seeing the reviews on newegg. But my card is working perfectly and i love it! If you're going to buy this card, it would be pointless to do so if you're only going to play on a 1920x1080 resolution. You're better off with a 580 for that purpose. However if you are interested in running with 2560x1600 or even 1200' that is what this card is intended for as well as triple monitor nvidia surround setups, which is what i bought mine for. Also make sure you have a GOOD case with more than sufficient airflow, more or less one with a side fan blowing directly onto the GPU.

Pros: Does what it should. And thats a good thing. -powerful -quiet! (coming from a single 5870 vapor-x, I'm actually surprised that this card doesn't get any hotter at this noise level). -Multimonitor and or 3d all in 1 card? sign me up! (can't afford the 3d setup right now but hey, the options still available for me when I can afford it :) ) Non of the issues that plagued me on AMD drivers (curse that stupid 2d clock problem preventing me from watching videos while I play my games >:( ) Moving from Amd to Nvidia couldn't have been a better decision for me.

Cons: Can run a little hot but I guess thats normal for a reference dual GPU. no HDMI port (they give you a DVI-HDMI adapter but it would have been awesome to have a direct HDMI port that could have allowed audio through my tv). Not a big deal though. Heavy hitter on my PSU. (I was on a budget on my original build, should upgrade soon) Couldn't buy the EVGA because that thing sold out quick by the time I got home after launch hours :( Could have used a new shirt lol

Overall Review: At first I thought I was a little disappointed with some performance issues I had been having. Then I saw support for the 590 on the new nvidia 270.51 beta drivers and oh man is this thing awesome now. Like I stated in Cons, My psu cannot keep up with this card a lot of the time. Its only 750 w and I will upgrade when I can, but as is now my pc will shutdown if both gpus use 90-99% for over 2 minutes (games like metro or heavy benchmarks) but I'm still surprised to see and glad to see that even in Single GPU mode it performs better then my AMD 5870 did. People complained about the price/performance about this card but in truth it is a 570 in SLI, except it runs quieter then a dual card setup, less overall heat, more airflow, less power consumption. I mean could you REALLY ask for more at this price? sli 570 for 700 or the 590 for 700? IMHO you should go for the 590. Just can't wait till I get enough money for a new PSU to use this baby to it's full potential!

Pros: -Cool -Quiet -Powerful -built in Physx Received 2 of these earlier today and seem to be running beautifully. Haven't tried overclocking yet but I will soon. The GTX 590 that a few reviewers blew up were using old beta drivers that had no over current protection and shouldn't be used with the cards. Nvidia has stated the official launch drivers do, and are much safer. It isn't a real issue. It was just careless people doing careless things. As for the cards performance, most reviews say this card is even with the HD 6990. They trade blows with each other on different games and different benchmarks. The main difference is that this card runs cooler, and quieter.

Cons: It does use slightly more power than the 6990, but only slightly. Both cards are on par in this department.

Overall Review: Either card is a good pick and both are great performers. On a side note, if you want to do folding@home the gtx 590 is the card to get with it's 1000+ cuda cores.

Pros: I upgraded from overclocked GTX 260s in SLI to one of these; it works beautifully on max settings.

Cons: When I first installed it, I had glitches and hard crashes whenever the SLI was enabled, and ASUS told me I should get a replacement. However, after doing the following, it works perfectly: - Used driver sweeper to clear out the old drivers (used once, booted into safe mode, and used again), with the network cable unplugged to ensure Windows update didn't bring back the wrong one The card uses so much juice that it was still unstable, even though I have a Cooler Master 750W. What I did was use half of one rail from the power supply for one of the video card's power plugs, and a different rail for the other. In my case, cables numbered 4 and 5 were on one rail and 6 and 7 on another rail, so I used 4 and 7.