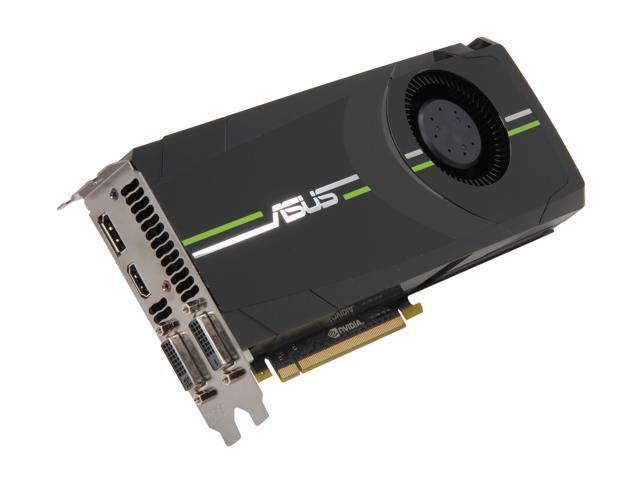 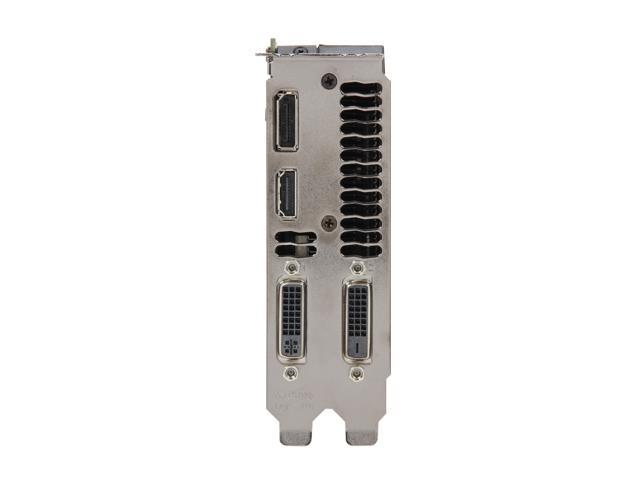 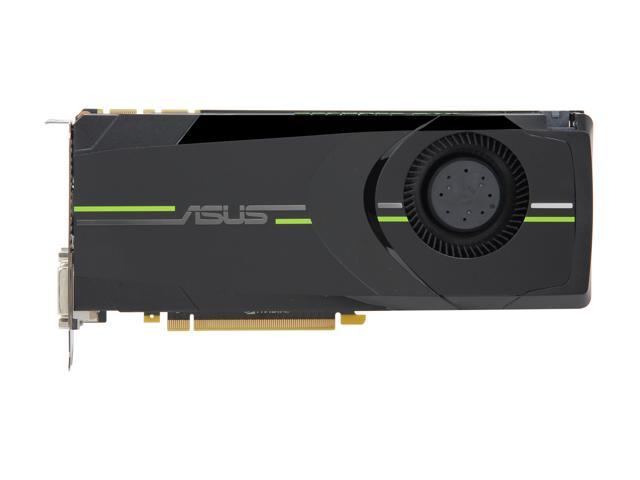 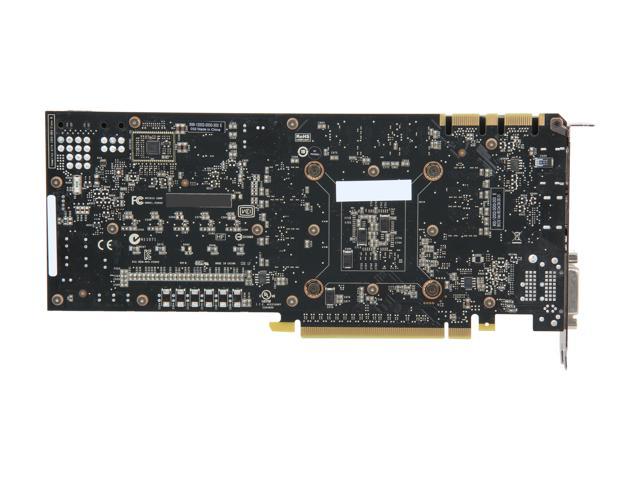 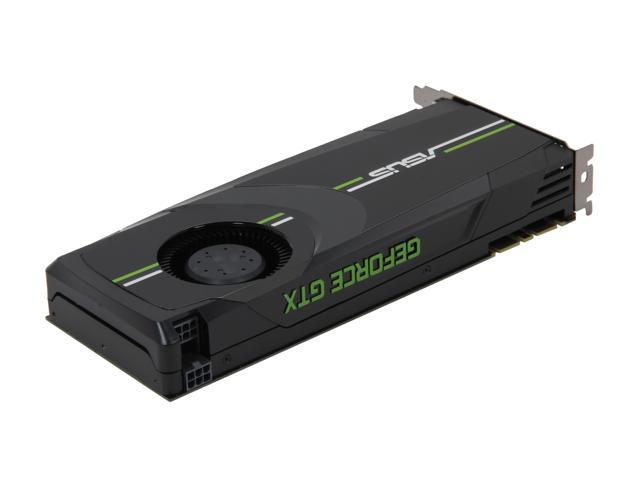 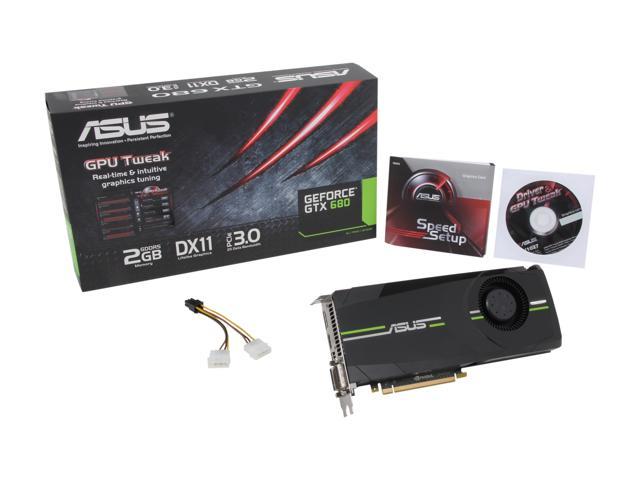 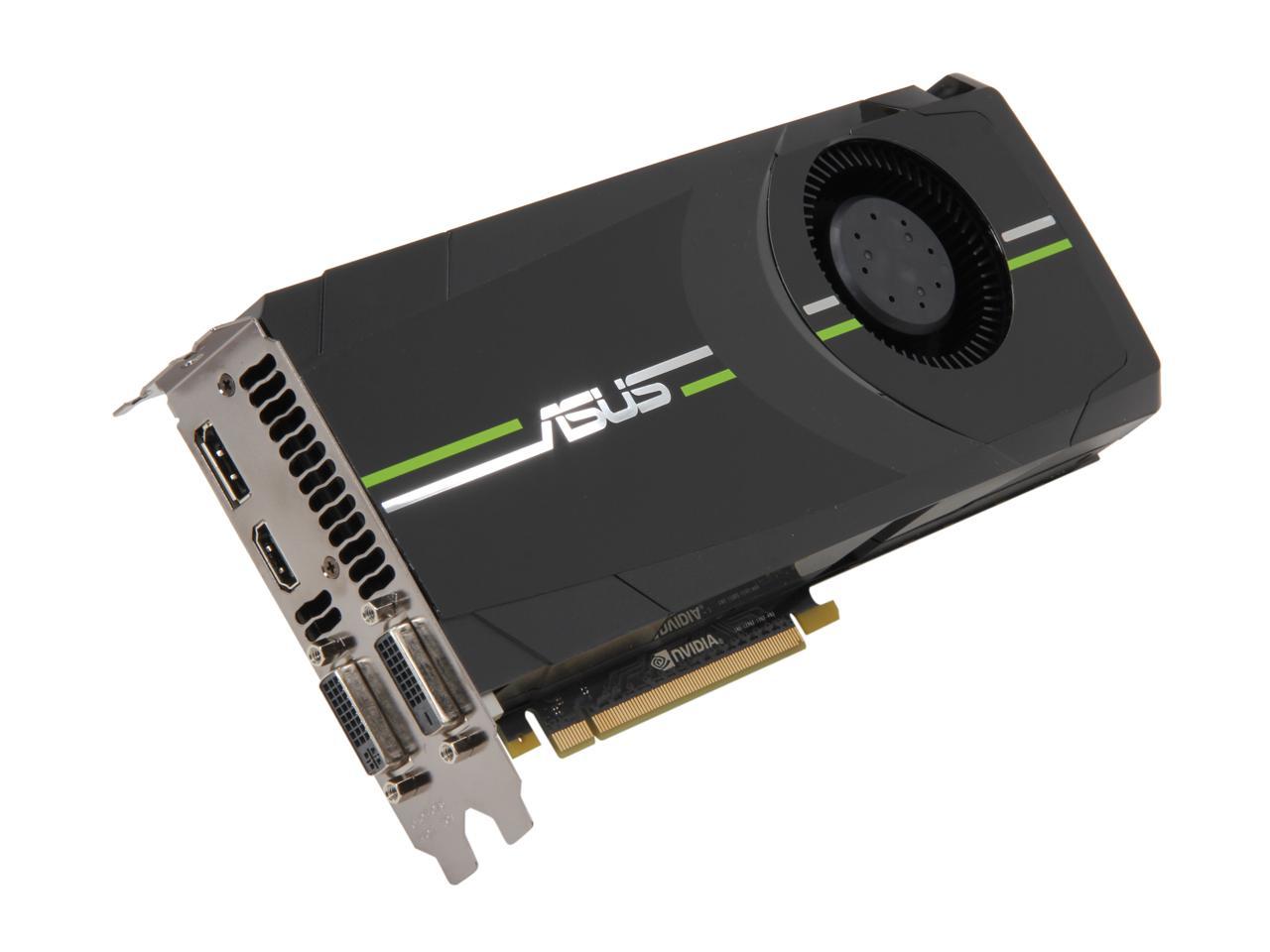 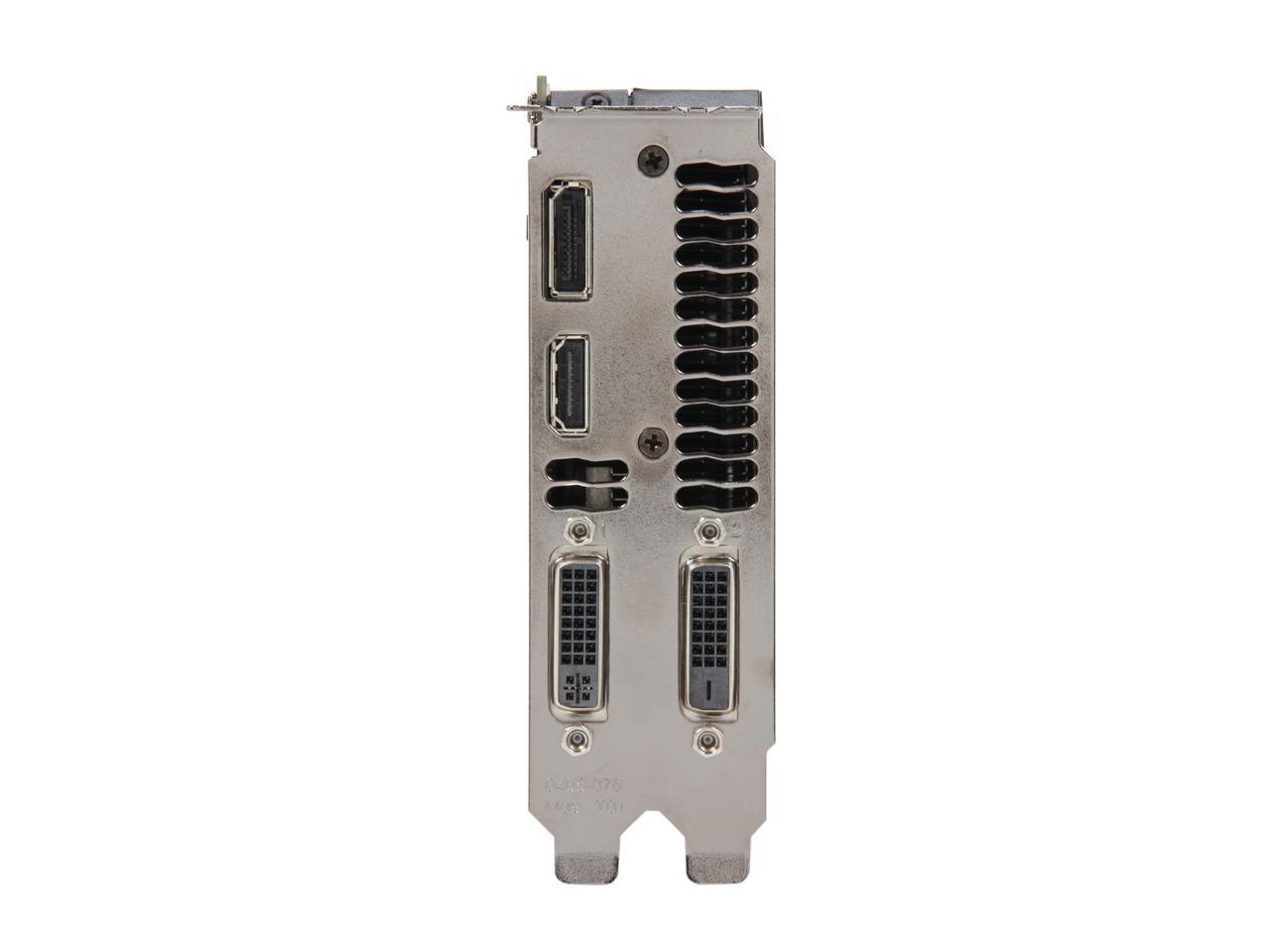 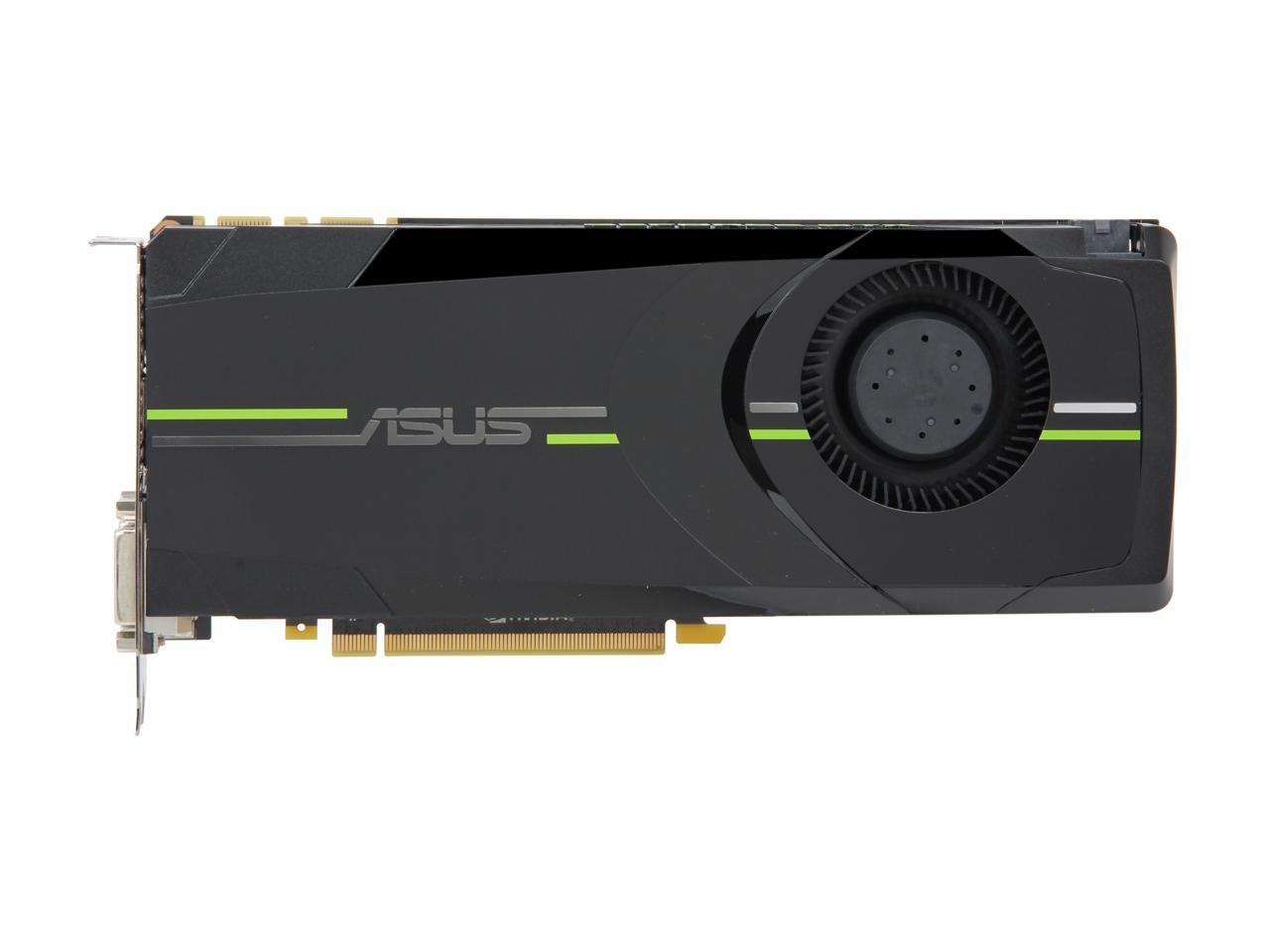 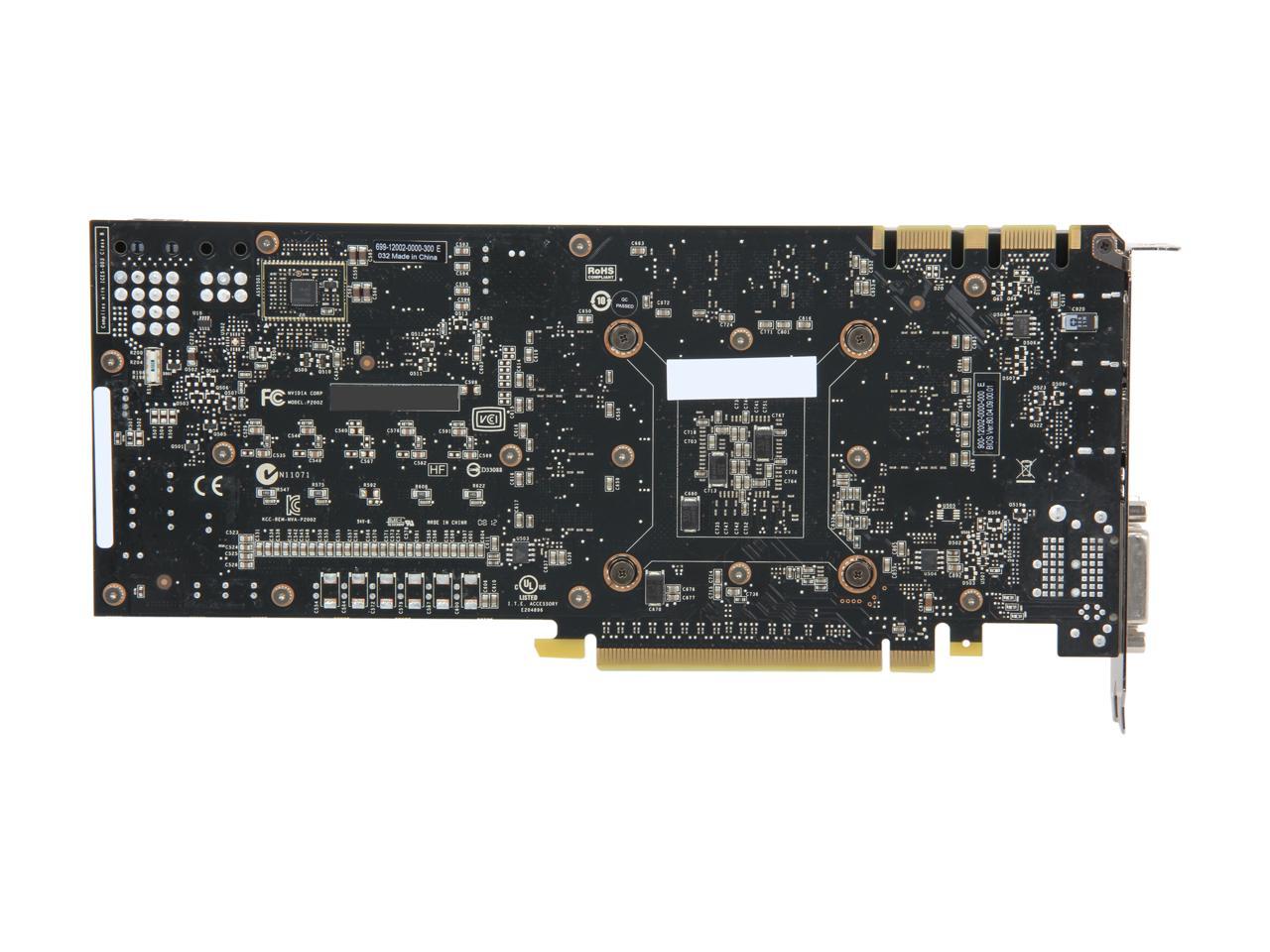 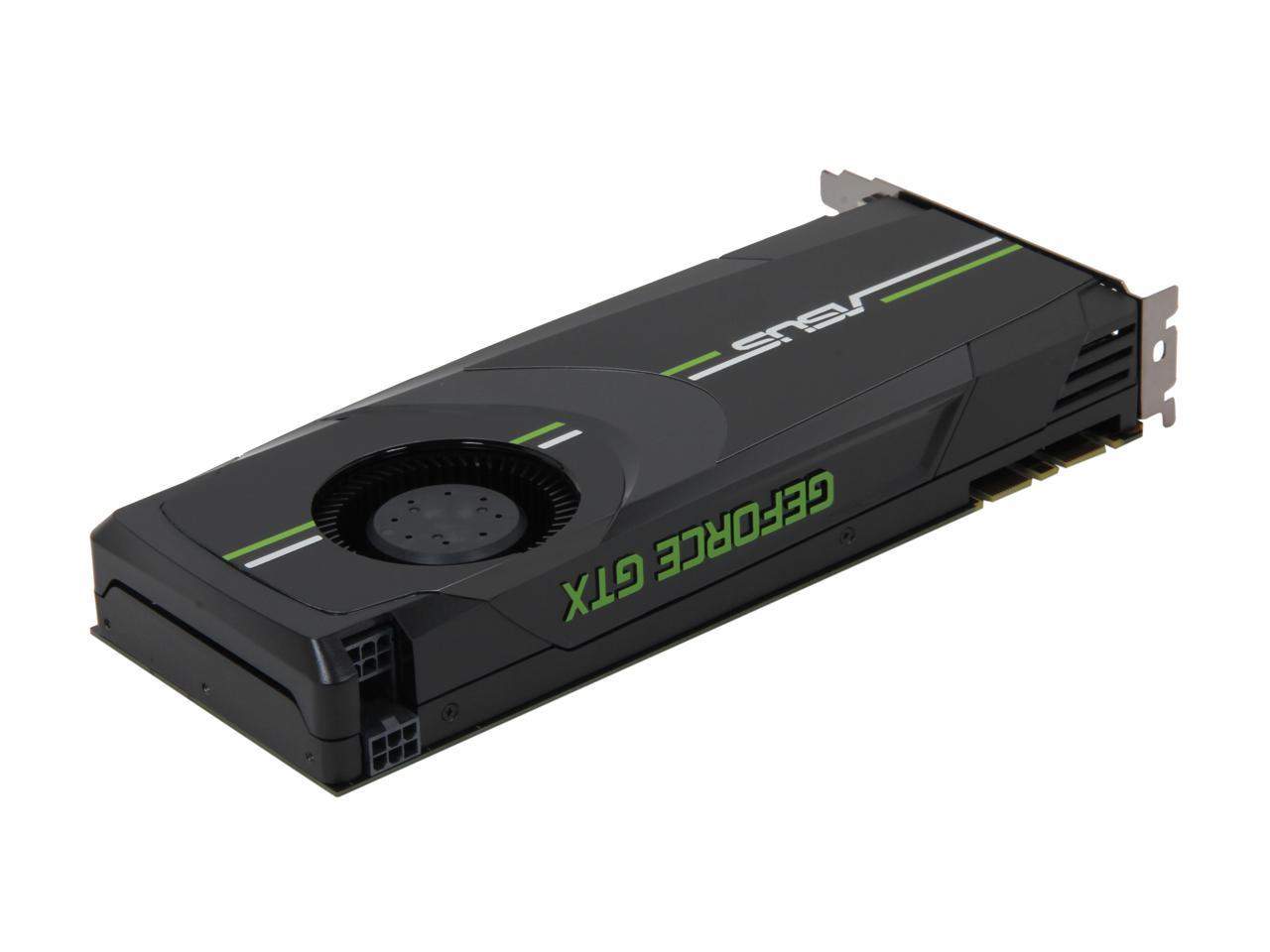 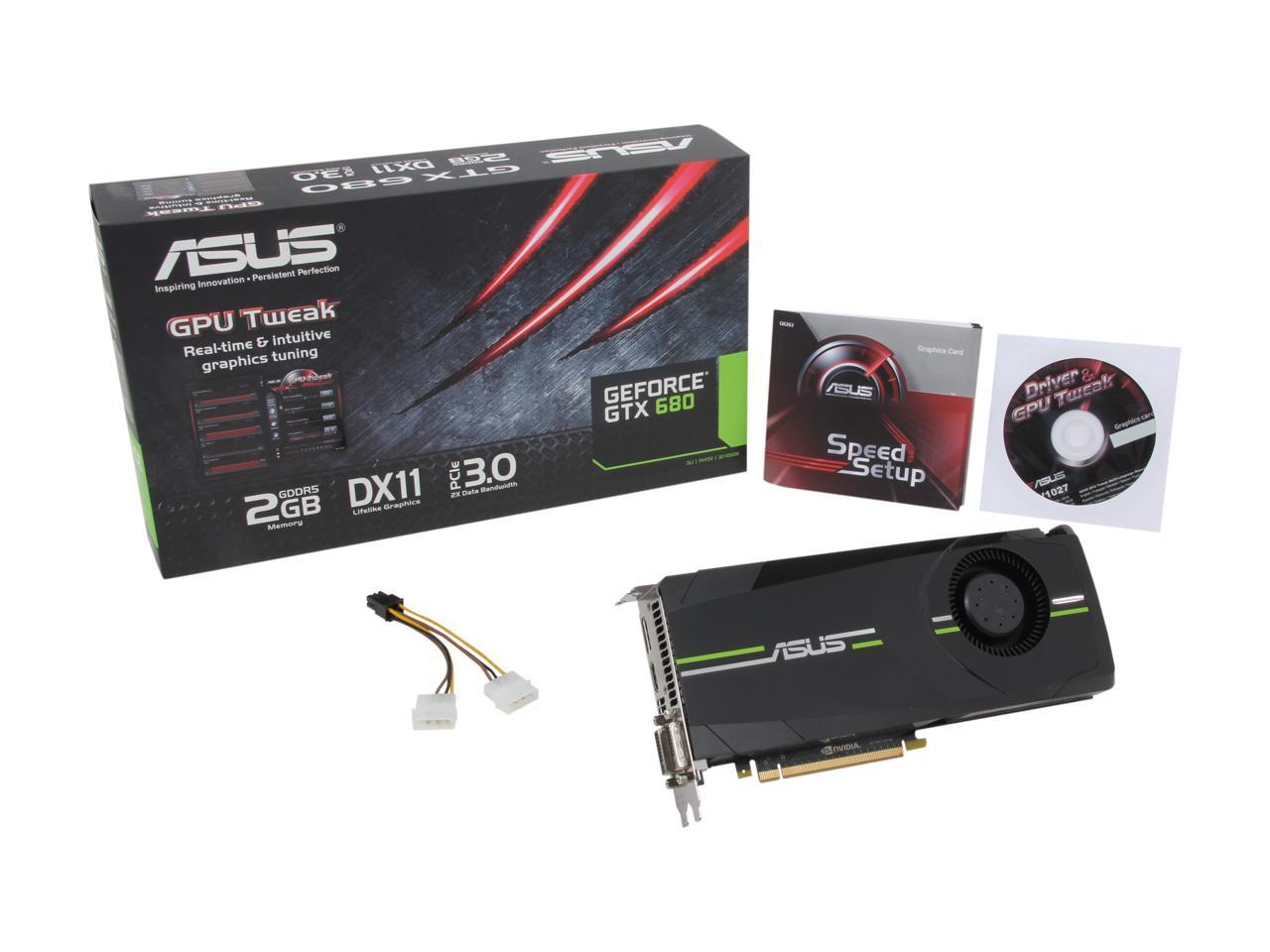 Based on the much anticipated new architecture Kepler (the successor to the Fermi architecture), the NVIDIA GTX 680 is not only the world’s fastest GPU but also the most power efficient one. The streaming multiprocessor is redesigned for optimal performance per watt. GPU Boost technology is also employed to dynamically increase clock speed to improve performance within the card's power budget. With the GTX 680, you need just two 6-pin connectors. This is because the GTX 680 draws at most 195 watts of power, compared to 244 watts on the GeForce GTX 580. Play games quieter and cooler.

Learn more about the ASUS GTX680-2GD5

Cons: - Avaliability. Sold out in 30 minutes on Newegg. I know others are waiting. - The power connectors face opposite directions. Seemed a little odd, but I'm just being picky - No free game :-(

Overall Review: This model introduces Dynamic Boost. Overclocking has a slight learning curve. However, the benefits are GREAT. the 20%+ performance increase over the GTX580 is astounding. You would hope AMD would lower their 7970 cost to around $449 if you were basing this on price/performance. We shall see.

Pros: Fast, quiet, powerful and better power usage coming from the GTX 470 I had prior.

Overall Review: I have no concerns cranking the graphics on my games to the highest setting. I was leary of spending so much for the 680 knowing the 670 was coming soon, but I'm glad I did and do not regret it. This card is worth it!

Pros: - Good Performance & Quiet - nVidia Driver Support: This is huge. When you have a problem, you can actually have a conversation with someone and get issues relayed to the driver team. They seem to genuinely care about the issues you're having, and want to work to resolve them. This, in my book, makes up for the mostly minor driver issues I've had. - Drivers are much, much better than ATI/AMD. They're still not 100%, but for the most part things work. - nVidia Surround "just works". I plugged in 3 monitors. I opened the control panel, clicked 'enable surround', and *boom* - all three monitors lit up, and were in the correct order. I didn't have to fight with it for 4 hours to get it to enable, I didn't have to unplug any monitors, disable adapters, do a magic dance while patting my head and rubbing my belly, which is what I had with ATI's 7970's. *It. Just. Worked.* I nearly fell out of my chair. - Bezel Compensation (see other thoughts)

Cons: Drivers still have some kinks to work out. I really wish video card manufacturers would wait a bit and spend some more time ironing basic issues out. Primary complaint: Drivers currently don't allow card to resume from sleep properly; BSOD's. Seems like an issue that affects some but not others. They're working on resolving it, and I hope it comes soon -- all the low power claims are pretty useless when my machine can't sleep :)

Overall Review: I'm going to have to politely disagree with another review that made mention of ATI's Catalyst Control Center being easier to use. My last few generation of cards have been ATI, and Catalyst Control Center is a complete mess. From my perspective, the nVidia control panel is clean. There's one way to do things, and it "just works". With Catalyst, there's about 4 different way to do every action, and depending on "which route" you take to get to your destination, you get all sorts of different bugs and complications. Bezel Compensation implementation is tremendously cool - you can run your desktop at 5760x1080 and games bezel compensated (in my case @ 6100x1080) without screwing around with profiles or modifying driver settings. You just tell the game to run 6100. That's it. Amazing. No more dealing with "dead spots" on your desktop just to enjoy bezel compensation in games.

Pros: Runs very cool and quick. I was coming from a SLi GTX295s and found the heat was too much and microshuttering was a hard to deal with. I sold the cards on the net and purchased 1 of the GTX680s. This card out does both GTX295s and some!

Pros: Very fast Very quiet Very cool Very efficient Upgraded from 570, blows it away in every and all aspects.

Pros: Quiet & Smooth. Quiet, I can't hear it even when playing BF3 in ultra. Smooth, I enabled adaptive V-sync, ultras settings are all games, no issues. Even the Windows 7 desktop feels faster.

Pros: I love this card, its quiet as hell compared to my old GTX 285 that sounded like a hair dryer on full blast. this card runs BF3 and Max Payne 3 on max settings no studdering or hiccups whatsoever.

Pros: Plays everything I can throw at it at ultra high settings. Even the kitchen sink. If you want high end video, look no further. Multi screen support is awesome from 1 card. Haven't gotten to use that function yet, but definitely plan to.

Cons: I have to find something else to throw at it now.