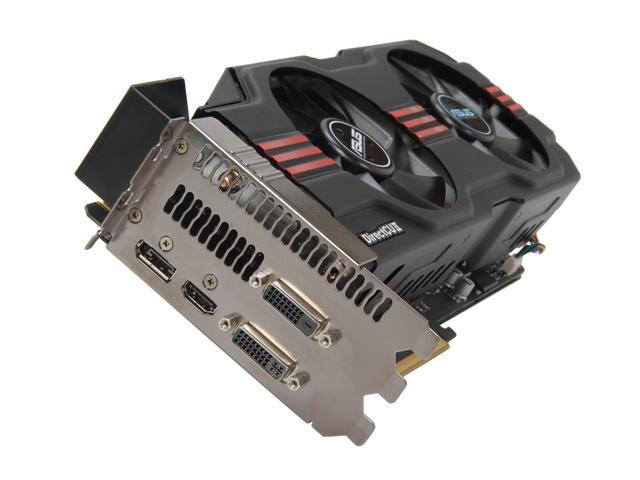 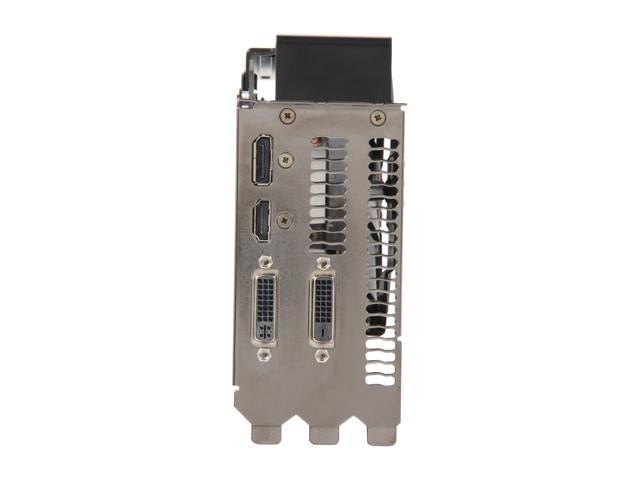 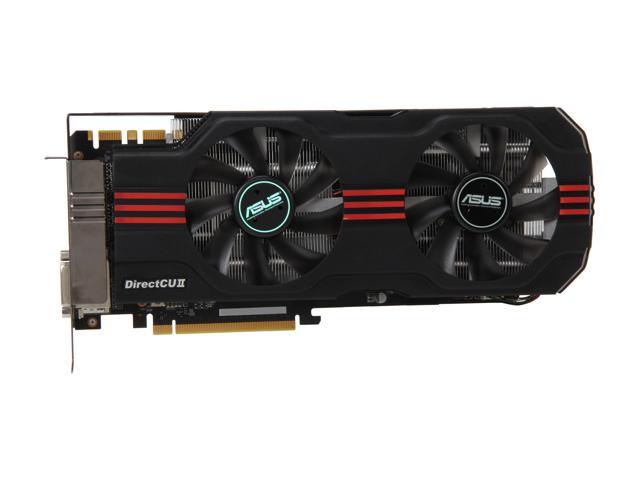 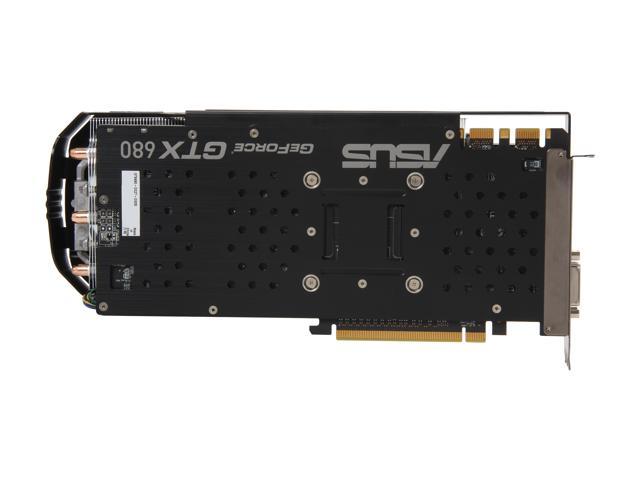 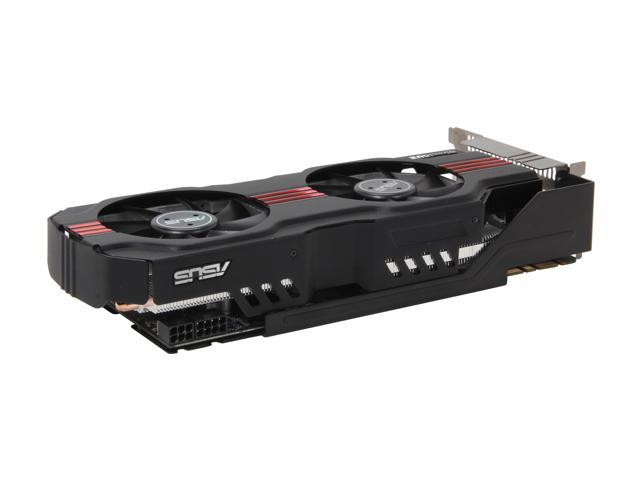 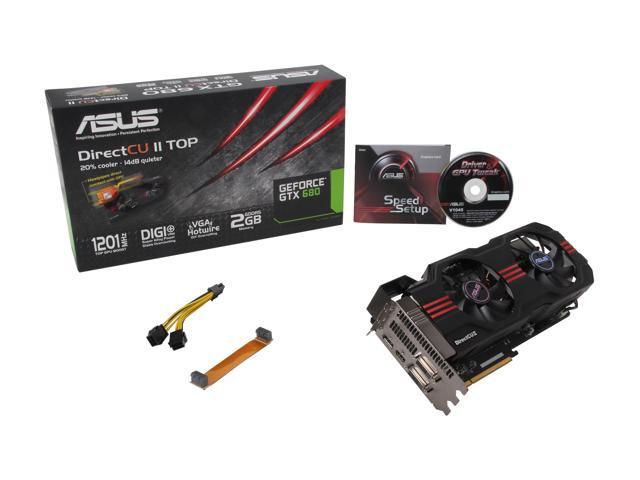 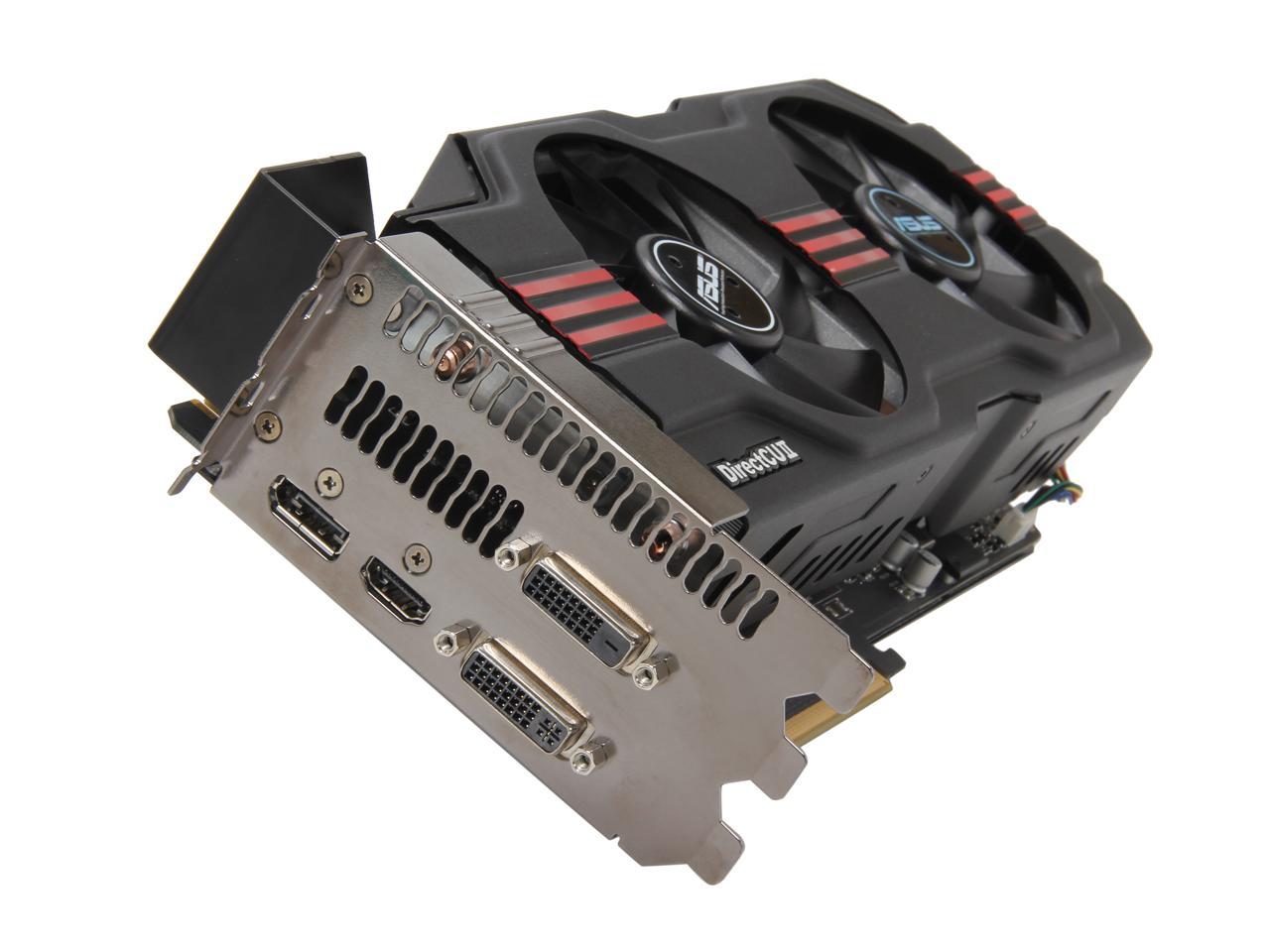 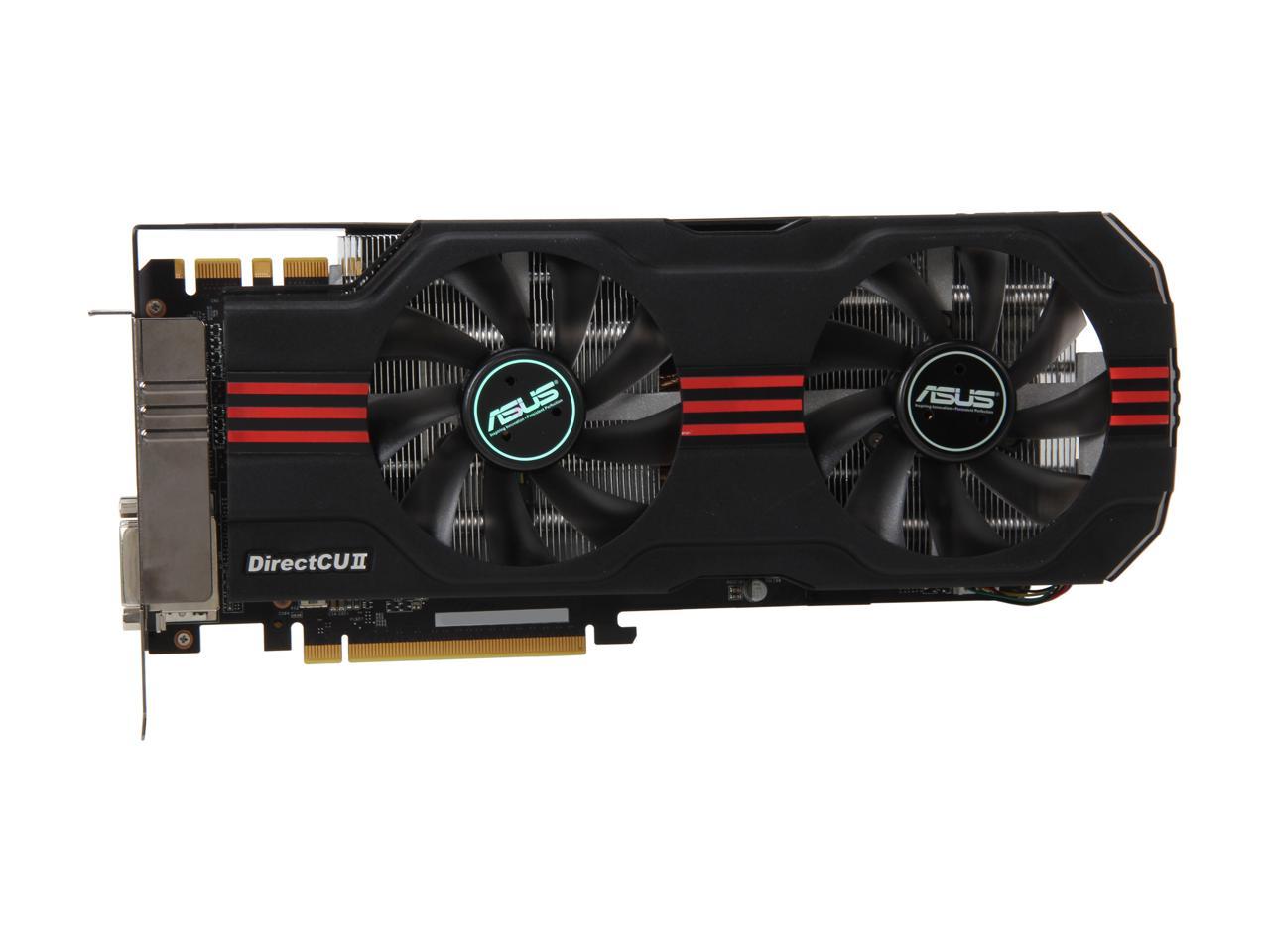 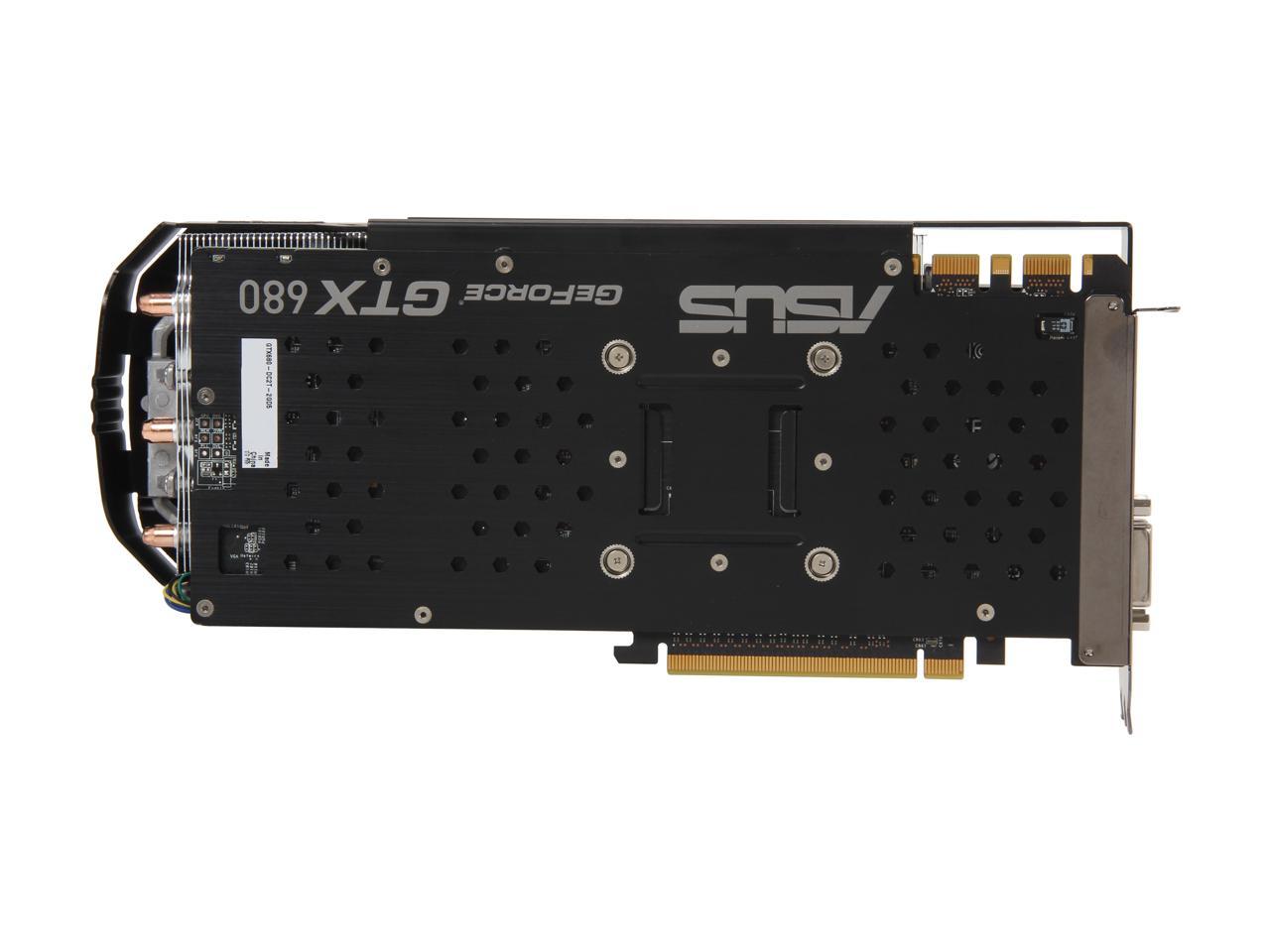 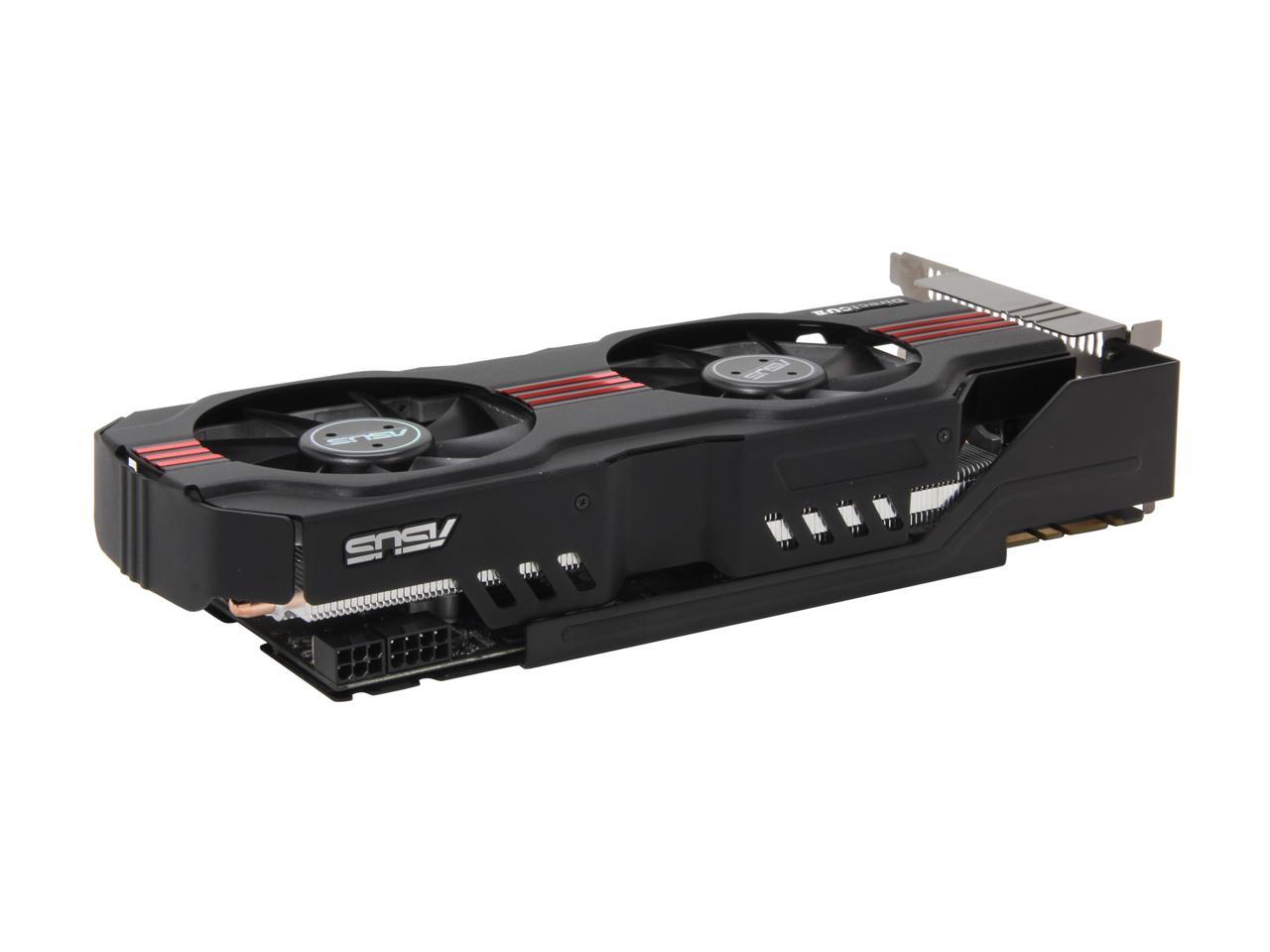 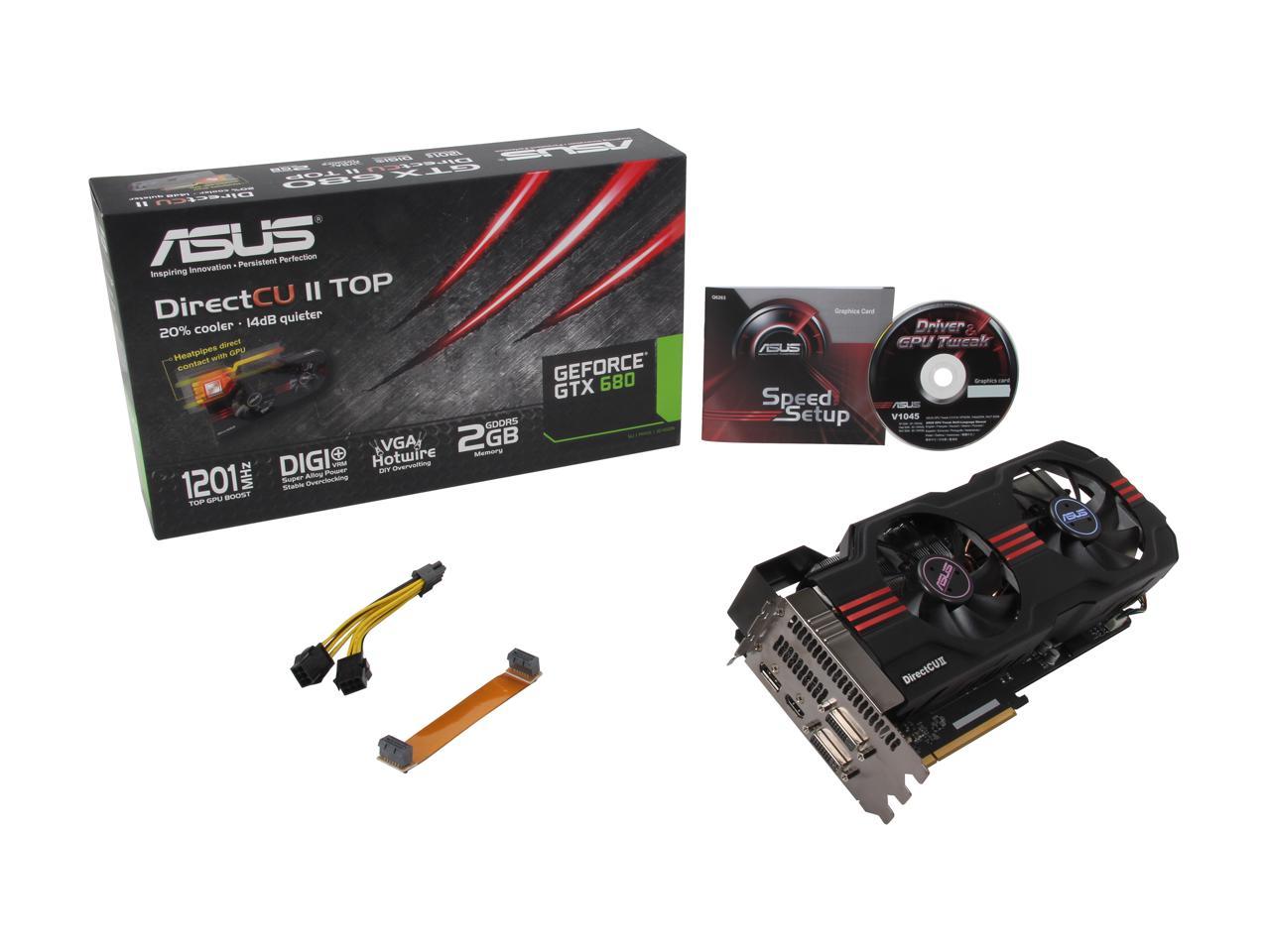 The first 28nm design from NVIDIA comes in a complete package by way of the ASUS GTX 680 graphics card, featuring true next generation power and all-new NVIDIA GPU Boost frequency modulation. ASUS GPU Tweak helps gamers and overclockers make the most of this powerhouse card through a flexible and intuitive interface, while NVIDIA Adaptive Vertical Sync promotes smoother games with all details set to maximum. NVIDIA 3D Vision also returns, improved by 28nm efficiency and power.

Pros: this thing is awesome! anything i toss at it and it destroys! worth every single penny i saved for this thing. i LOVE the fact that the card takes up 3 slots. THAT'S RIGHT! ITS A GOOD THING!!! with a card being able to use 3 slots rather then 2 you can fit a larger cooler to it. that lets it overclock higher then anyone's! if asus wants to come out with a 4 slot card im more then happy to buy it! bring it on!

Cons: i didnt get it sooner!

Overall Review: lets be real. if your not gonna run SLI this is the best card in the GTX 680 in the line. it costs more sure, but you are getting what you pay for! the fans are super quiet. the cooler is massive. just get it! you will love seeing it in your case. i know i do!

Pros: First of all there is no reason at all to deduct an egg just based on the size of the card. If you didn't take the time to do your homework and check the reviews or even look at the dimensions it’s your fault. So in saying this, yes the card is big but the performance of this card is AMAZING. I bought this card in preparation for the games coming out this year and for the reason that the card i had was top of the line 4 years ago i decided to step up once again and get a high performance card. I’m totally satisfied with my decision. Shortly after installing the card and tweaking it with the software it comes with I loaded up BF3...........BLEW MY MIND on how great the graphics were and the FPS i was getting. Even with running everything on Ultra i checked the temp to see the card staying frosty at 32C. This GPU is definitely worth every penny especially since it handles any game I throw at it with ease.

Overall Review: If you’re looking for a great high performance GPU that will keep cool with the most intense of games then it’s a no brainer that the “ Asus GTX 680 DirectCU II TOP” is the way to go .

Pros: At least twice the frame rate in most games as my old ATI 5850. Mechanically, this card appears to be well built and feels quite sturdy. I've had many video cards over the past 15 years and this is by far the quietest one. I have never seen this card go above 55C.

Cons: OpenCL preformance in some applications is faster even with older ATI/AMD cards. Very large at almost 12" in length. Required drilling rivets in my Antec Three Hundred case to remove the 3.5"/5.25" bay structure in order for this card to fit.

Overall Review: Haven't yet tried to overclock it anymore than it already is from the factory. Fans set manually at 100% will be quite loud, but the airflow is excellent.

Pros: This card is a great performer: unigine heaven benchmark runs quite smoothly, no slowdowns or anything. Tested with some other benchmarks and was blown away by the performance. Installation was a breeze, the card IS BIG and LONG, so make sure you have the right amount of space in your case. It also keeps quite cool and quiet (this is subjective, I know, but it's quiet to me) while under load. Latest NVIDIA drivers seem to work quite nicely with this card :P

Cons: None that I can see or think of until now.

Overall Review: As I stated before, this card is BIG and LONG, will take the same space as 3 normal card to be mounted, also the length might be a problem for some cases, please do your research and take some measurements before purchasing. I had to do some more cable management in my case before the card could fit comfortably.

Overall Review: Eats up any game....spits it out and just laughs at it

Cons: - Cant afford buying 4 of them!

Overall Review: I didnt wanna list this as a CONS because I dont think its ASUS fault. Cable managing, when you're messing arround with the power cables connected on the VGA, looks like the pcb is gonna break...really scarry! I would like to be able to push and pull on the cables without worrying so much about the pcb.

Pros: This card is freaking huge! upgrading from a GTX 260 you can see the difference in the graphics. Card came with a copy of Borderlands 2 this card eats up the game love the physx.

Overall Review: Newegg is amazing! i received my video card within 24hours no special delivery services selected. You guys are great! you get exactly what you pay for not overpriced downgraded retail models.

Overall Review: This thing is HUGE! Unfortunately, it didn't fit width wise in my Silverstone G80 itx case. Nothing to say but that is awesome GC. Read the specs...