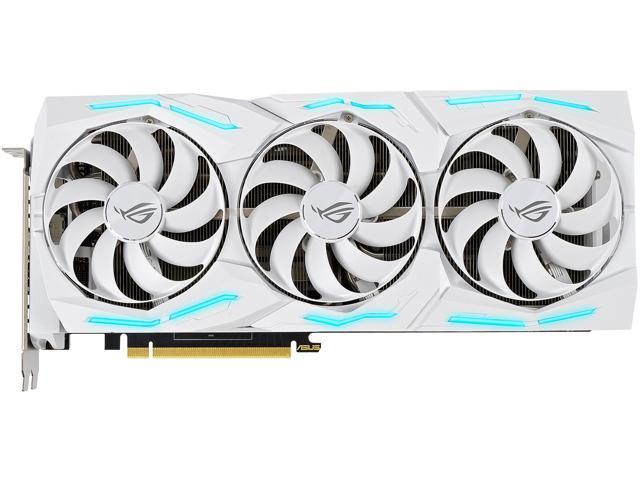 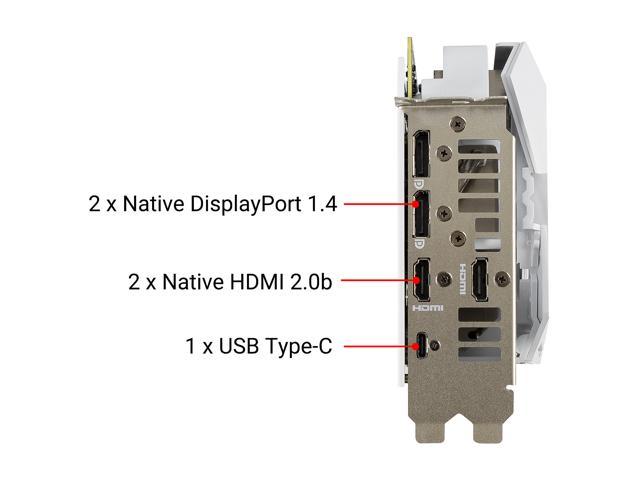 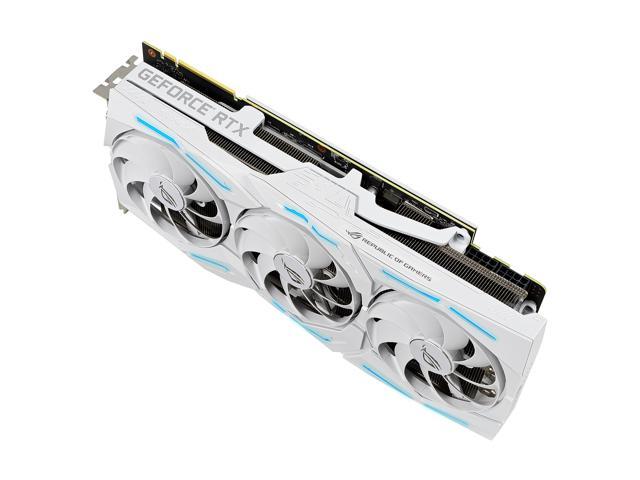 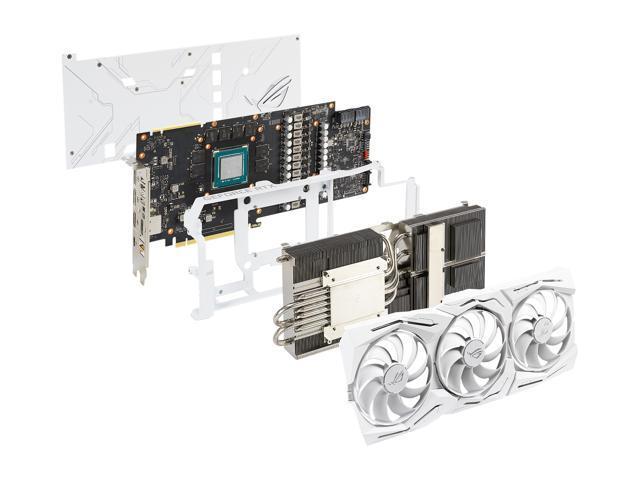 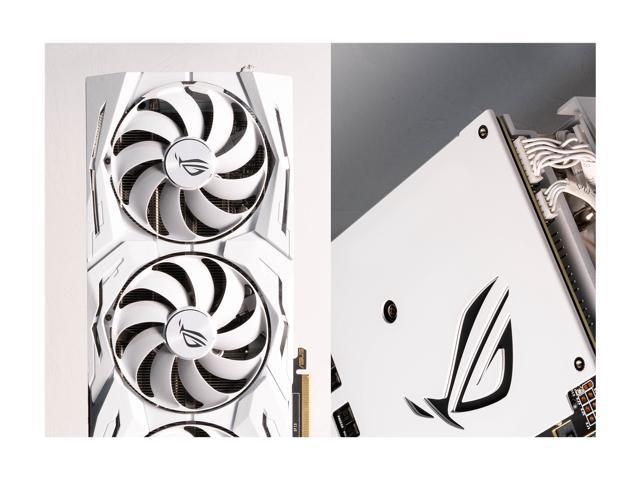 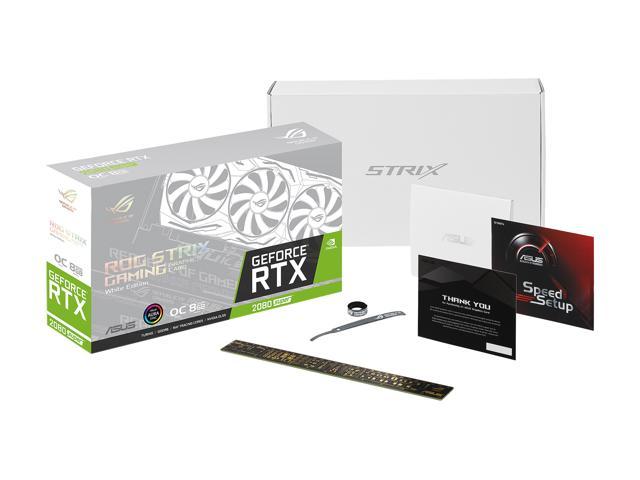 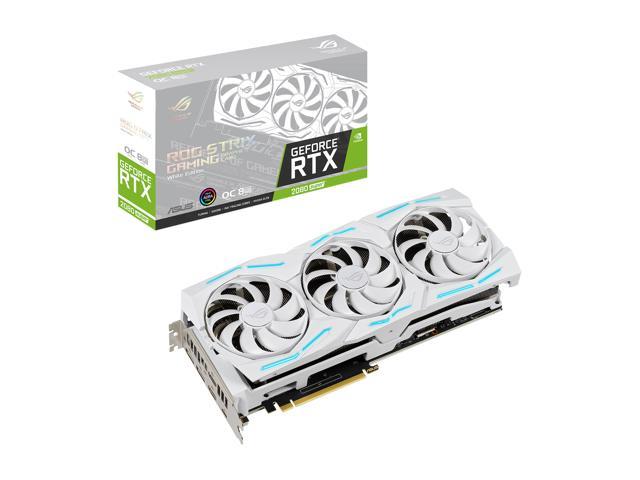 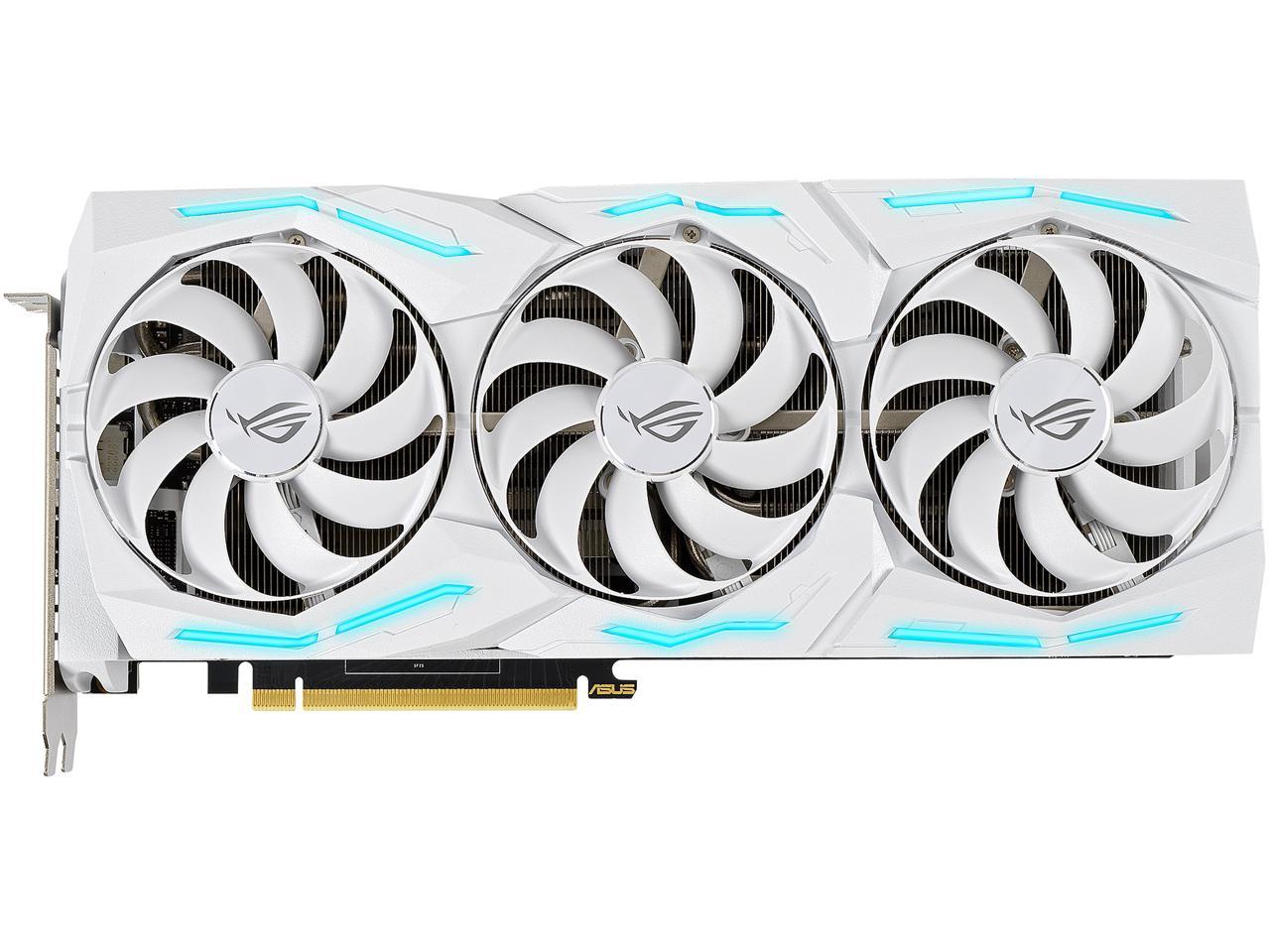 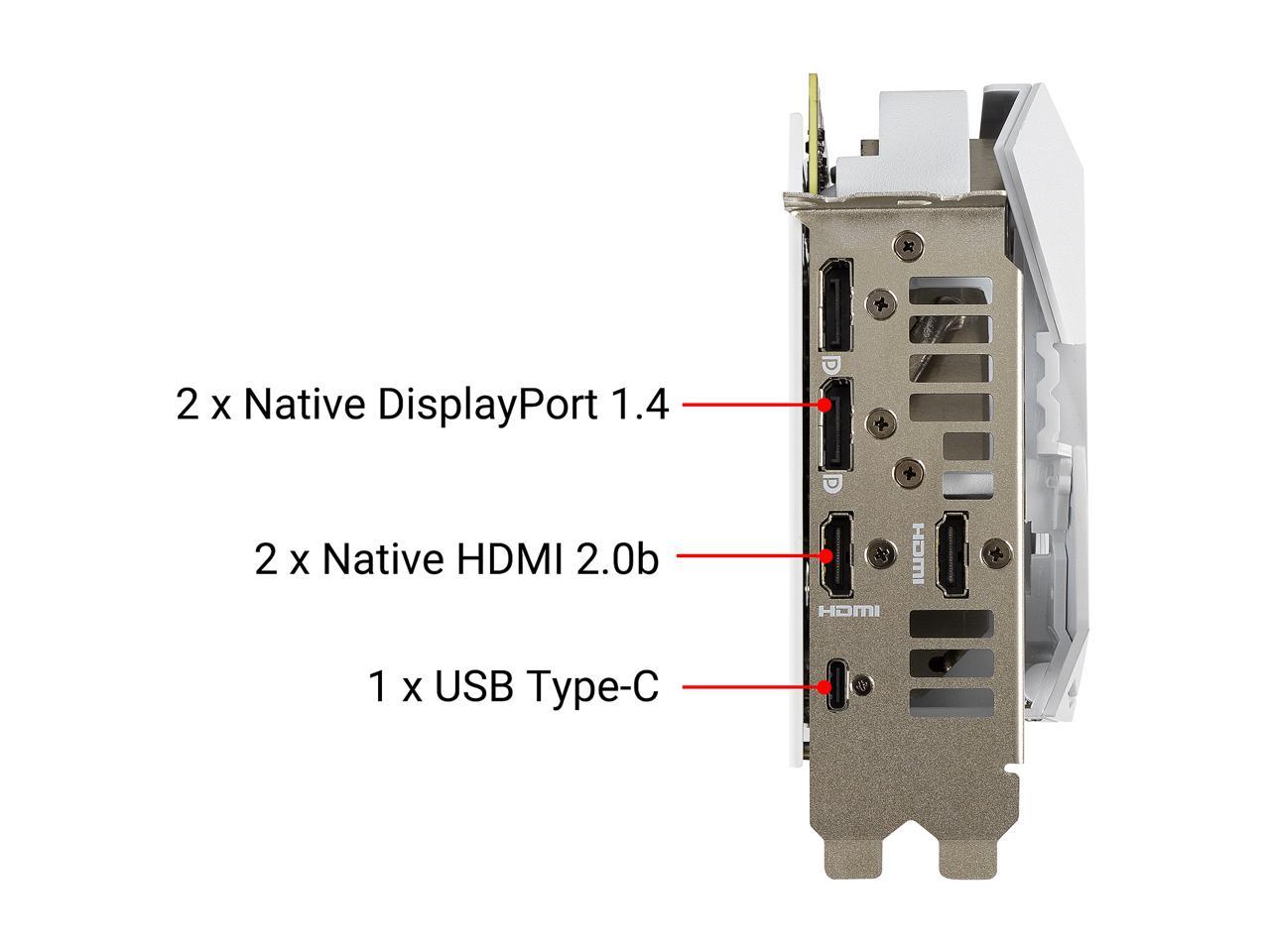 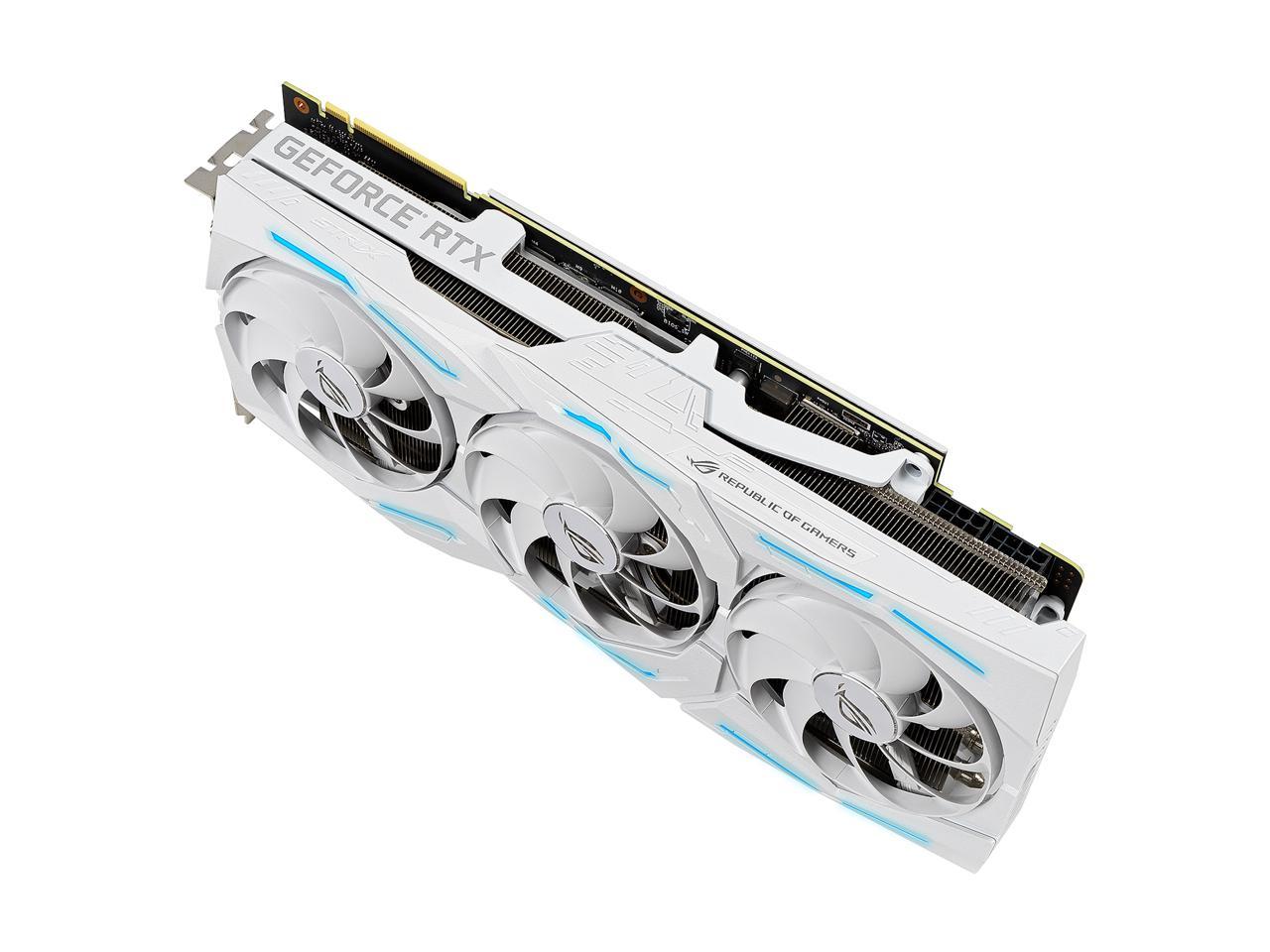 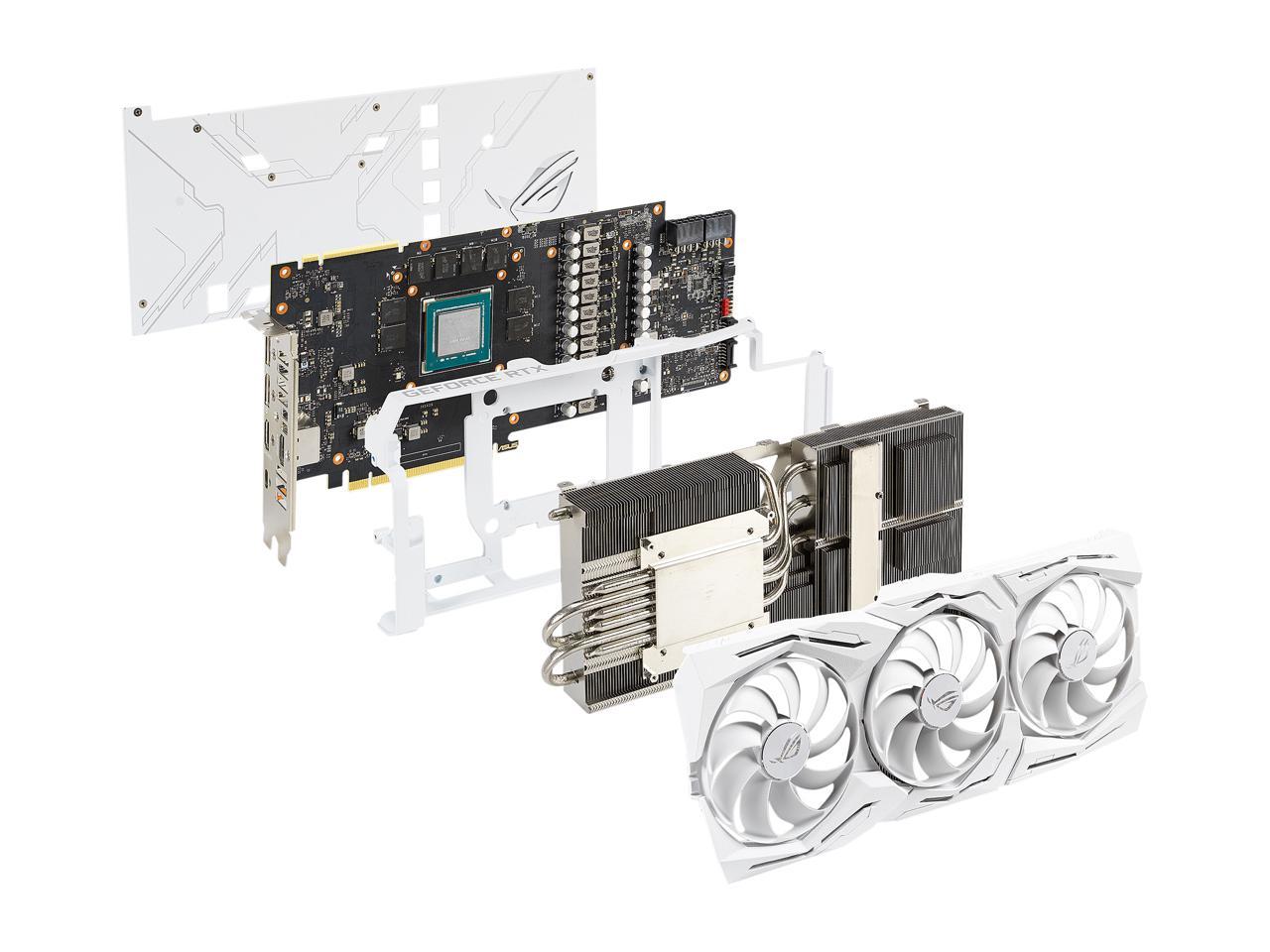 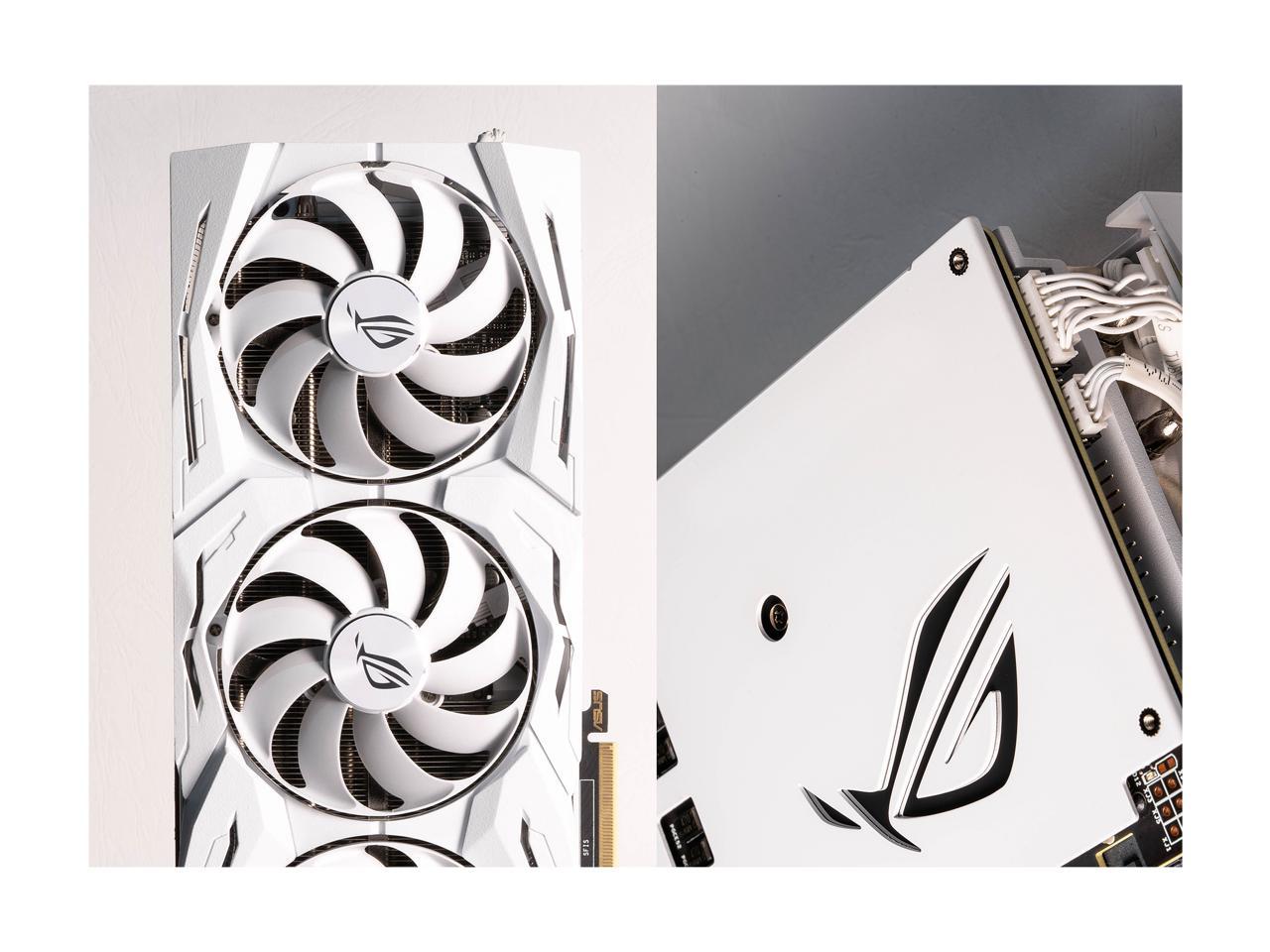 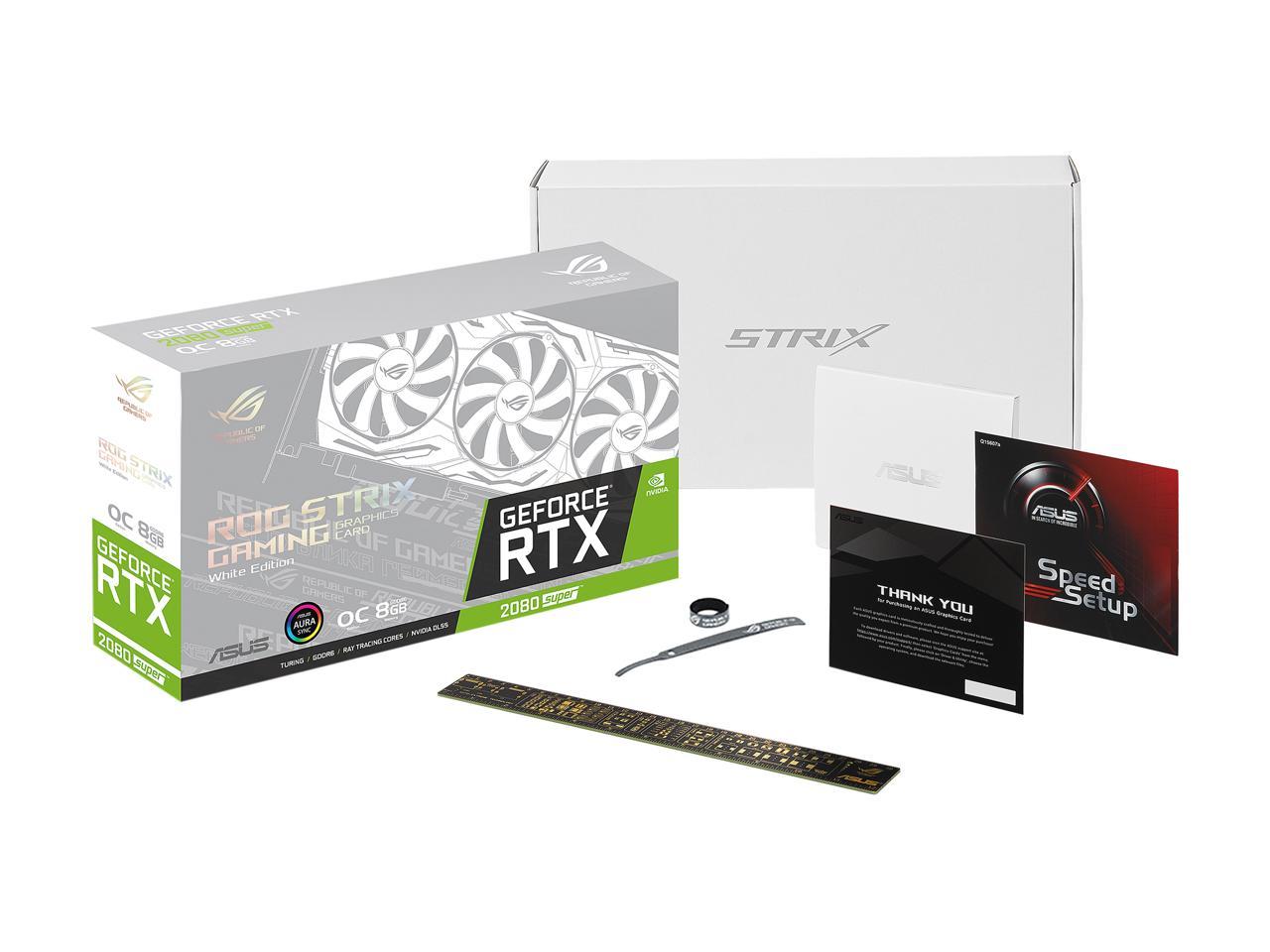 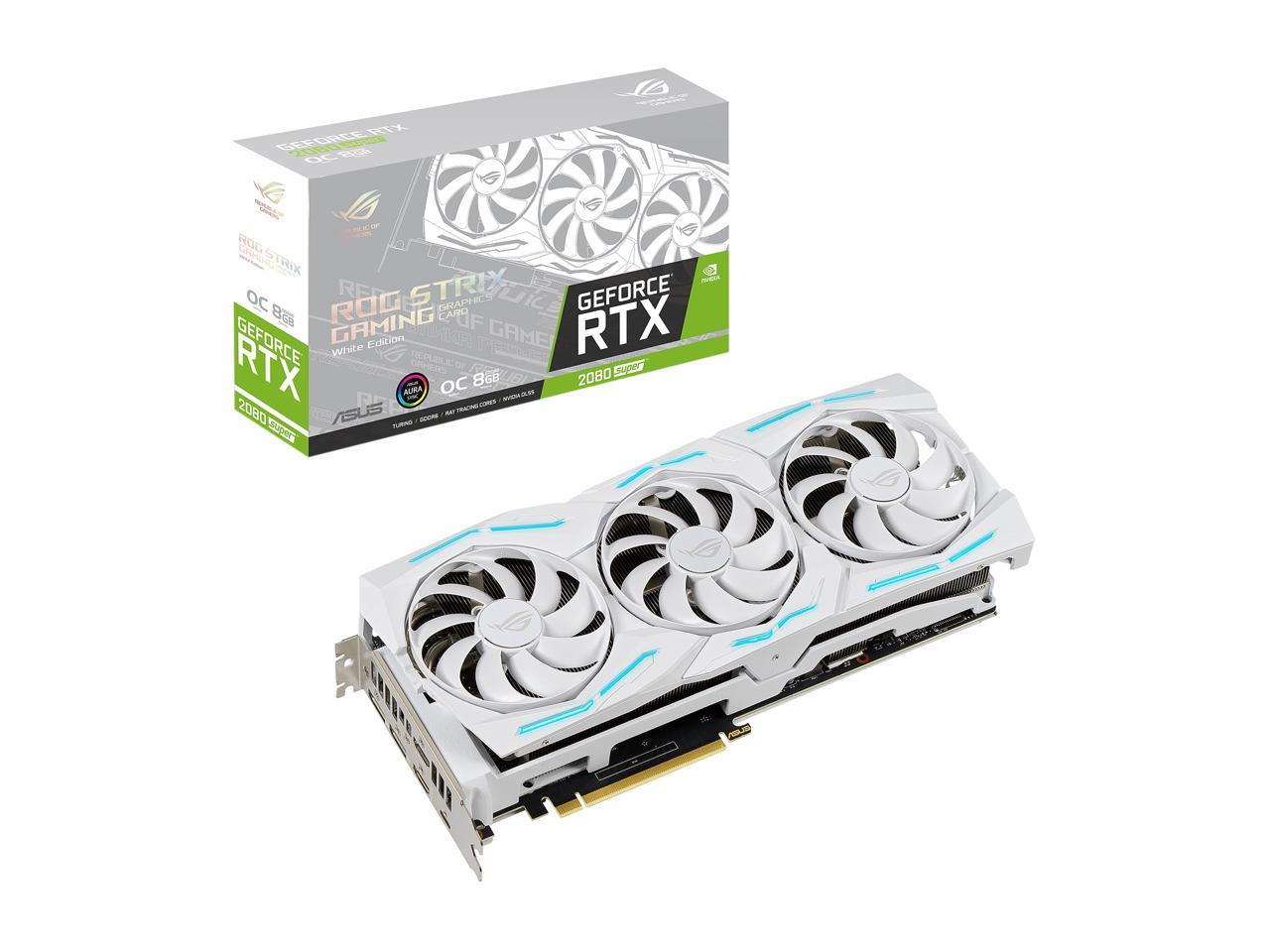 Learn more about the ASUS ROG-STRIX-RTX2080S-O8G-WHITE-GAMING

Overall Review: I had left a negative review for this card and that was unwarranted. I discovered my system was flat out unstable after I returned this card. It was never the card. I did not do thorough troubleshooting and ASUS did not deserve a negative review. When this card comes back in stock I highly recommend it to anyone looking for a beautiful card for an all white setup or just a solid well engineered 2080 Super.

Pros: Perfect! Not sure about other models but compared to the 2080 Super Founders Edition this thing is an icebox! Not in to overclocking but this thing is crazy fast right out of the box! Also not into huge crazy fans but this card is perfectly done!

Cons: Nothing to complain about.

Overall Review: Love the white... very unique. Very low noise even when pushing it! You can turn it all up with this baby!

Overall Review: SO COLD AND STABLE ON OC IT IS DESERVED TO BUY

Pros: - it can run modern AAA titles in 1440p, 100+ fps on high/ ultra settings. - Great performance at 4k. - Quiet and runs cool. - very beautiful card.. RGB is subtle and fits the aesthetic. - I’d highly recommend if you have a white PC/ setup. - it’s a pretty big card, so check the dimensions of your case before buying.

Cons: -It’s expensive but you get what you pay for. *(You can get a cheaper 2080 super if you don’t care about aesthetics).

Overall Review: I recently helped my little brother build his first machine, and sold him my GTX 1080 for cheap. That freed me up for another GPU, and when I saw this one, I knew it was the one I had to get to match the rest of my build. I believe there is a 2080 Ti version that is white, but this is the only all-white 2080/Super that I've seen (that doesn't have black fans). Temp levels in my NZXT S340 Elite are decent; they hover around 55-60C while under a full load during gaming. Otherwise, GPU temps sit somewhere around 28-33C depending on the room temperature and what I'm doing on the computer at that time. No noticeable noise at all even under full load. The card, like other ASUS products, can be controlled via their Aura/Armoury program, and has about the number of different RGB effects that you'd expect. I keep it on a static light-blue color and just set my internal RGB strip to either white or blue. Coming from my non-Ti 1080, I'm getting about 55% better performance in all games with the same settings as I had before. If I crank up settings to ultra (or whatever the game-equivalent highest settings is), I'm getting around 95-100fps in games like Doom Eternal. Turning off some unneeded features or bumping shadows down, I can get a stable 130-150fps in games like Call of Duty @ 1440p. But to be honest, the looks of the card was what attracted me to it most. The EVGA 1080 I had was nice, but this fits my theme a lot better. At any rate, if you're coming from a 1080 or lower, I'd say it's worth the upgrade if you don't want to wait for the 3000 Series cards, or if you're in a spot like me where you can sell your existing GPU and use the cash for an upgrade. They threw in a really nice metal ruler with PC parts on it as well, if that's your bag. All in all a great card, definitely would recommend.

Pros: White color is perfect couldn’t be better it has cool temps doesn’t over heat even with oc and pushes out no less then 120 FPS max setting on cod warzone

Cons: Leds don’t stand out all that much

Overall Review: Beautiful card could be better with more leds