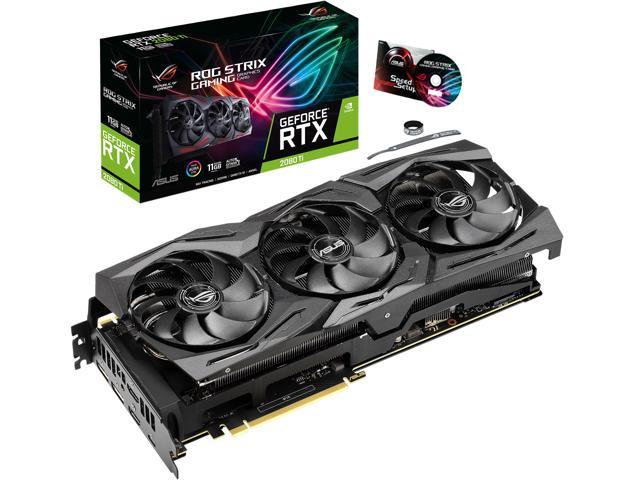 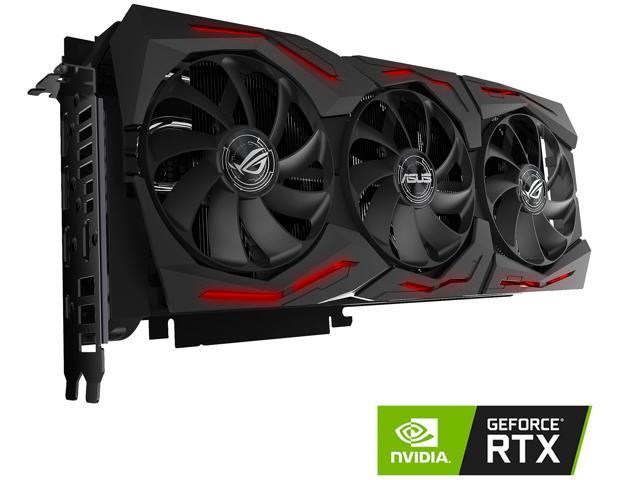 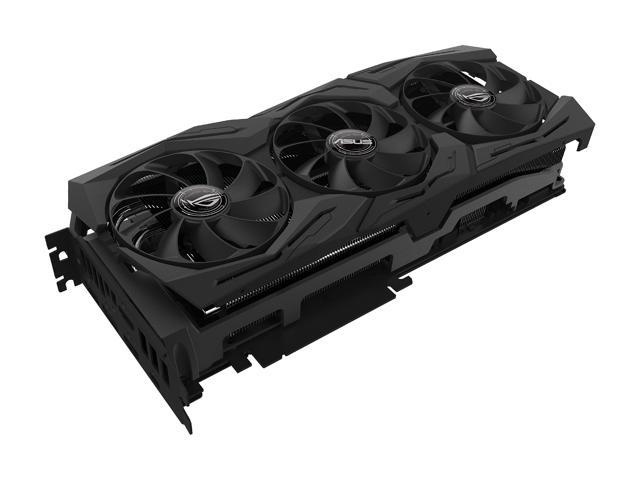 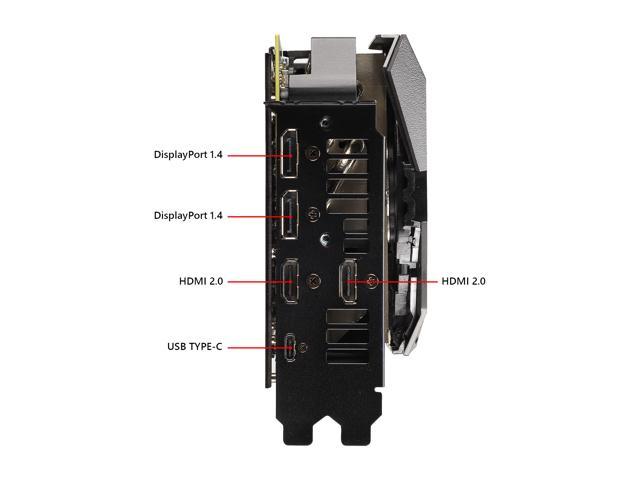 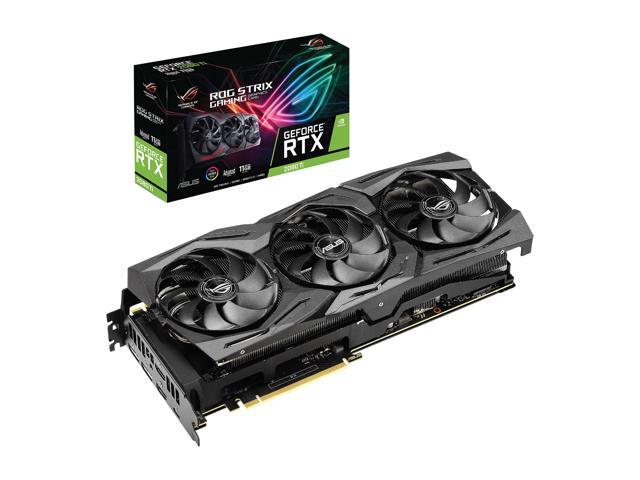 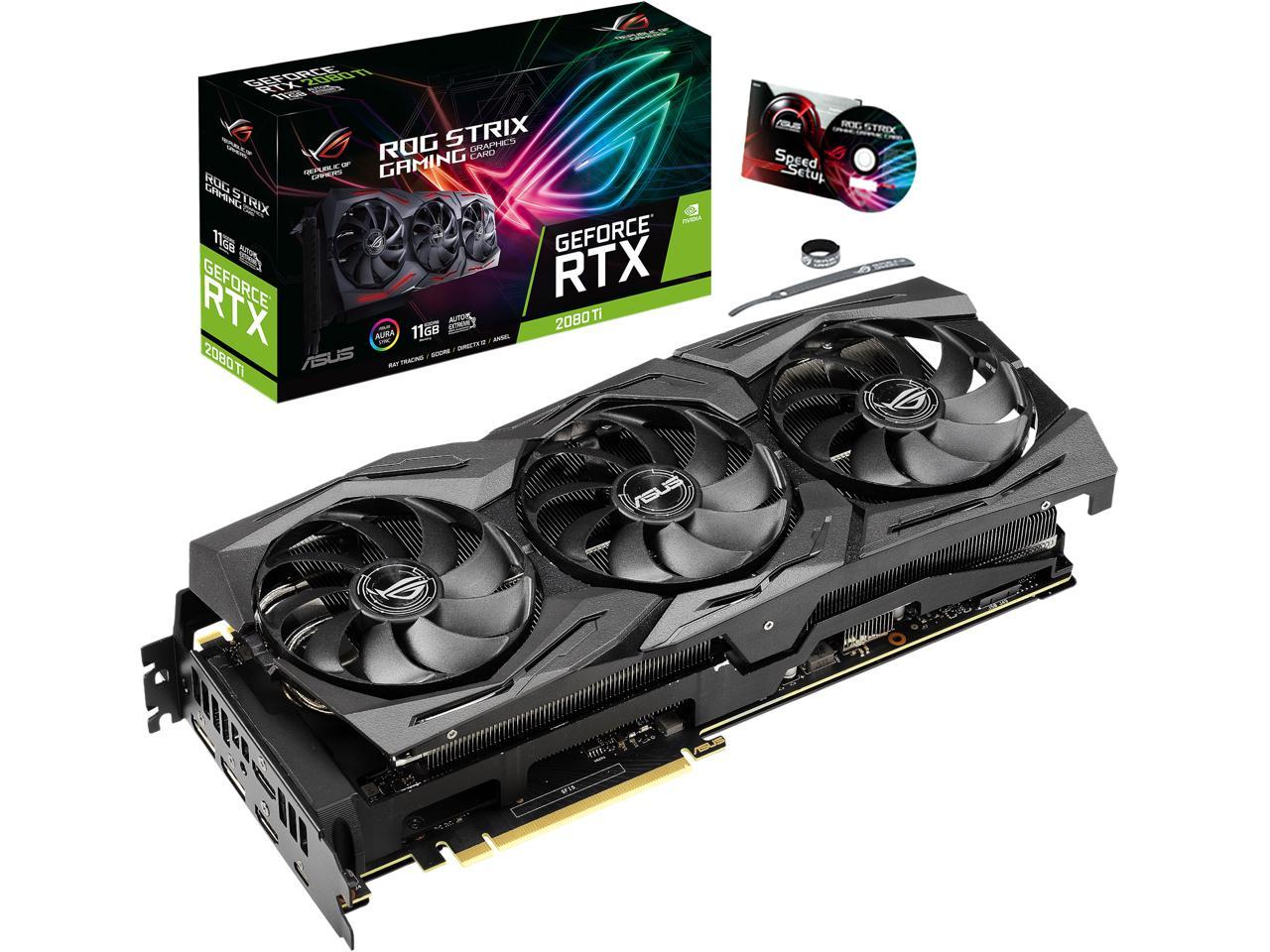 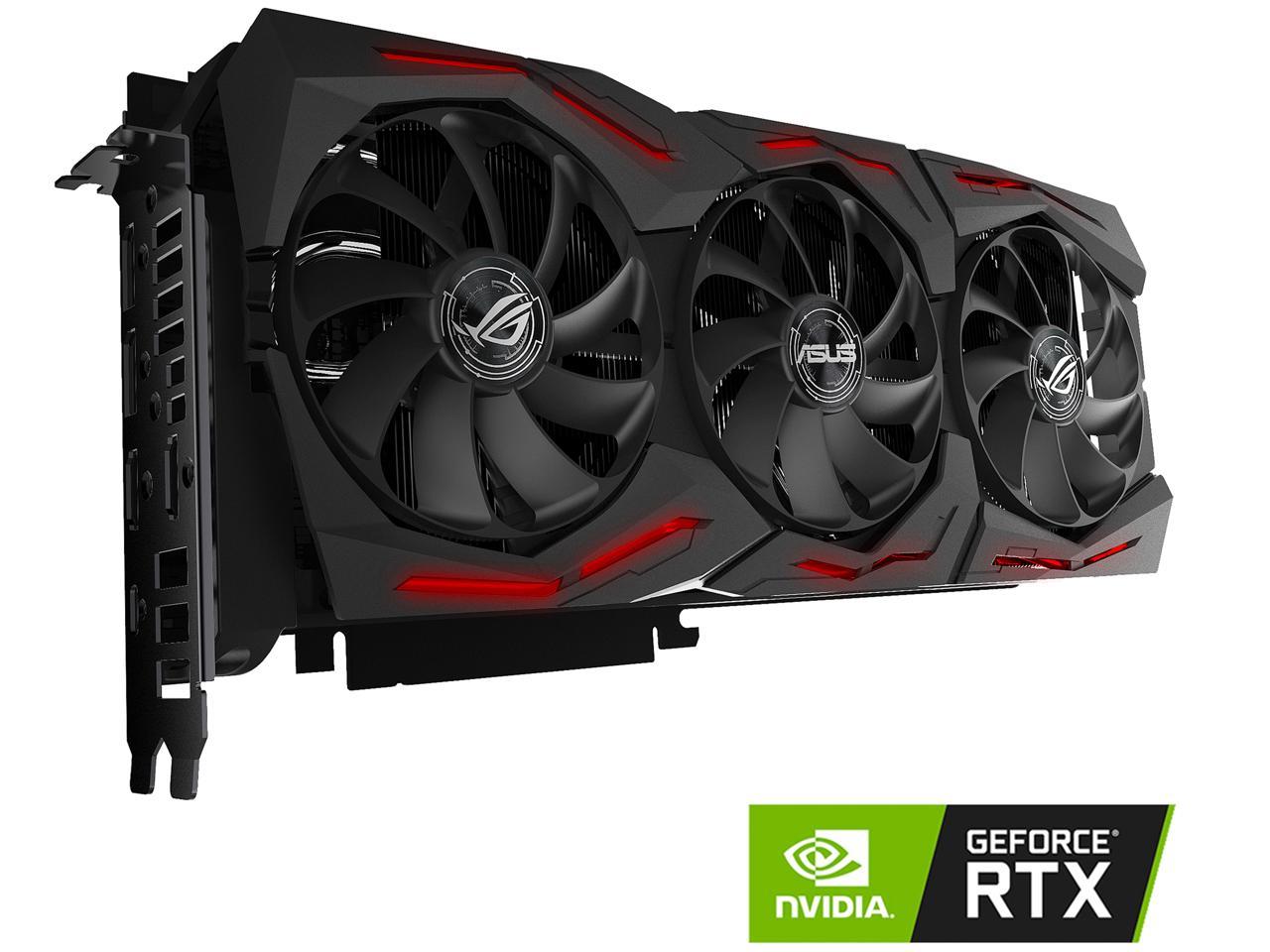 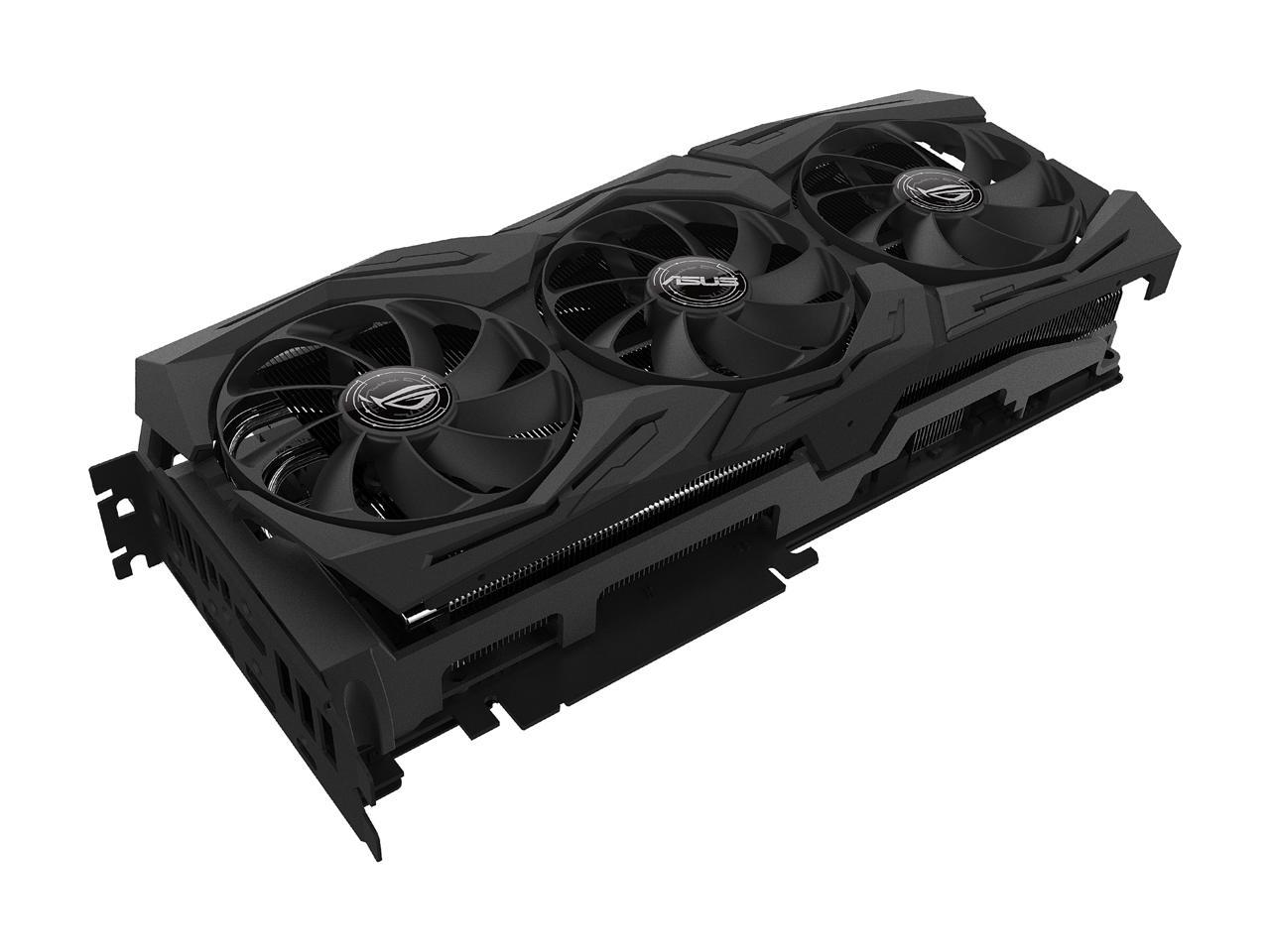 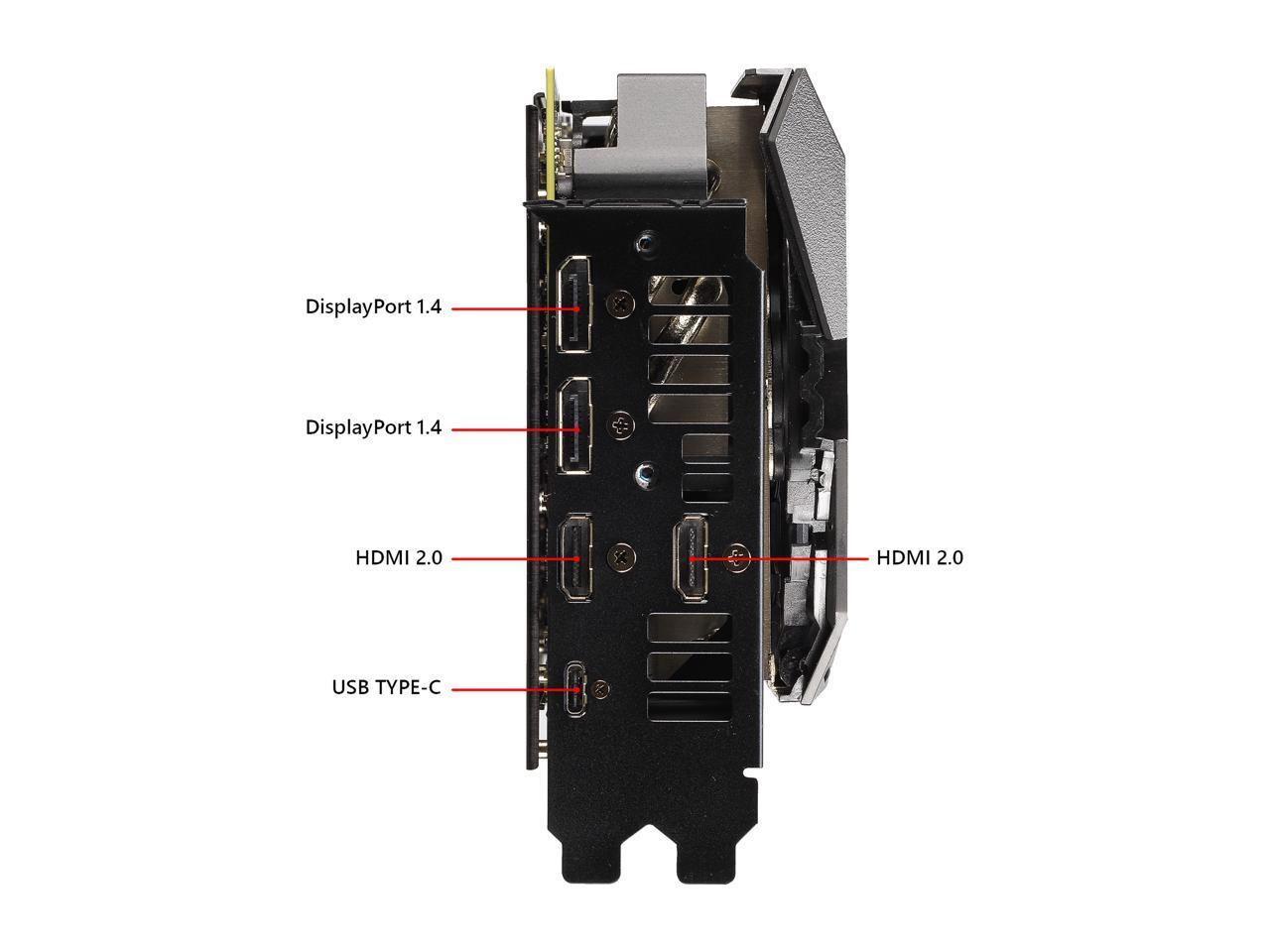 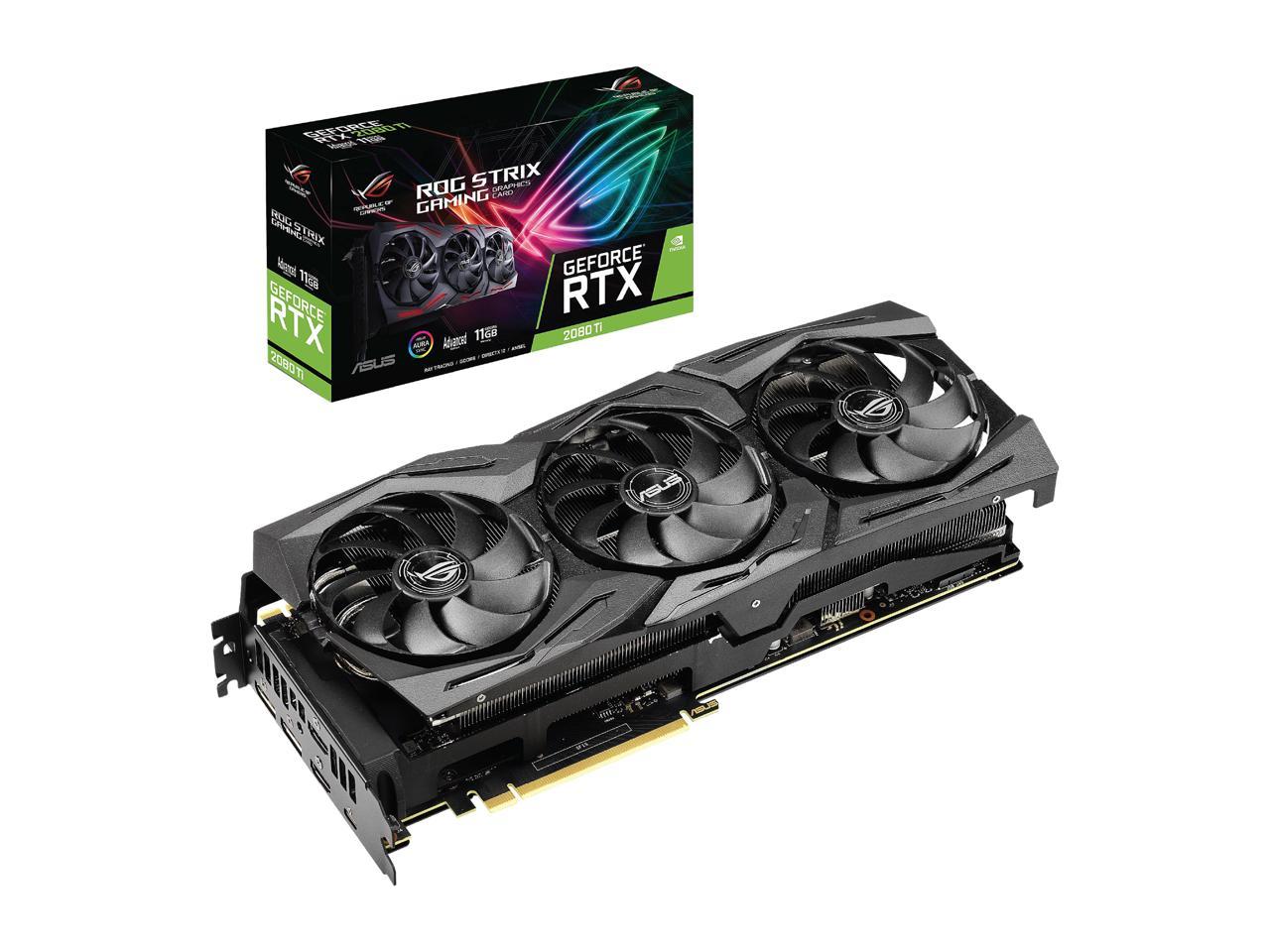 Cons: -Very powerful card That being said its going to push alot of frames so having a good monitor is a must

Overall Review: - Im trying to forget how much i paid for this card. Minus 1 egg for the cost

Pros: It’s just a great card I had a EVGA which I’m sure was defective so I’m not slamming them at they are good as well but to be honest I’m a asus fan and this 2080ti just further increases that the is silent and stays cool on heavy load I don’t see anything over 65c and idle 27c

Cons: None other then price I got it on sale This isn’t a con but something to keep in mind it is a long gpu so definitely make sure you have room

Overall Review: Definitely would this or if it’s out of your price range then the 2080 super version should be considered as well

Pros: Definitely worth every penny spent,switched from AMD and will never look back

Pros: Before I got this card I had received a defective XFX 5700 XT that kept crashing my pc. Then I got another defective one as a replacement. So I paid more for this 2080 ti and... you get way you pay for. This card is fast and will max any game that is optimized well at 4k and stays cool even at low fan rpm. Also overclocks quite well as I am stable with +240 mhz to the core clock and +515 mhz to memory. The memory could probably do +1000.

Cons: Only con I can think of is that the power limit % would be higher to allow more overclocking.

Pros: - 0db fan setting is amazing. No sound when not in a game? Awesome. - LED switch built on the card to disable the lights. - Runs extremely cool and quiet. Runs a bit hotter if you set the Quiet setting on the card, but the impact is it runs even quieter on full load. - The OC stated on the specs is laughable. Fully stock on quiet mode this thing would normally run at 1850. - Easy to OC. Mine is hitting 2050 no problem. I made a custom fan curve that keeps it at around 65c on full OC load and it is still barely audible in the case. Memory runs at +750 no problem. I've hard of people getting to 1ghz OC on the memory, but I get artifacts at that level. - I game at 1080p/120 and 4k/60 and it is a significant improvement over the 1080 ti I previously had. This thing slaughters games at 4k. - Overall, an incredible card that has been great in every way. - I originally purchased a FE from Nvidia and it had horrible coil whine (I could hear it in the next room). I had to return it. This card has zero coil whine.

Cons: - Obviously, the price is high. Even after selling the 1080 ti, this thing still needed $750 more to purchase. However, what can be done? AMD doesn't have anything to even come close the challenging the 2080 ti. It stings, but you are getting a card that can do 4k/60 at ultra.

Overall Review: - I'd buy this product again, and I have already recommended it to several people. It really is the whole package and I can't think of a feature that it's missing out on. - The thing is big, both in length and width. Make sure it fits in your case and consider how many slots it will take up if you need any of the other ones on your board.

Pros: -It's a 2080 TI, so top tier performance -It has three cooling fans and has appropriately low temps -Relatively quiet -Dual BIOS (Normal vs Quiet) -Has it's own RGB and Fan headers

Cons: -It emits a tiny bit of coil whine -ROG software isn't great -RGB features could be better for the price

Overall Review: First of all, this card, like all 2080Ti models is WAAY overpriced. But that's Nvidia gouging us, not Asus. And I guess we can't really blame them since AMD, as of this writing, has absolutely NOTHING to offer us of equal performance, so NVIDIA can charge whatever they want. That's why they're STILL essentially selling us 1080Ti clones (2070 Super, 2080, 2080 Super). I have no real complaints with this card other than RAW price for performance. This card cost more than some people spend every month on a rent payment, and although it's MUCH faster than my RX 580, it's not RENT PAYMENT FASTER, so buyer beware: This card is indeed top tier, but considering how much I spent, I feel a little let down now that I've used it for a week or two. As for the card itself, it seems well built. I've had to install/remove it quite a few times as I've been finishing my PC build, and I'm not worried that it's going to break or fall apart from being handled fairly often. Something I didn't realize initially: zero fan mode is only available with the "Quiet" BIOS enabled, which I haven't tried yet. Otherwise, the fans constantly spin between 930-1100 RPM for me at all times on the desktop, but it's not louder than my NHD-15 (R9 3900x). Even under load, the card is not louder than my CPU cooler, so noise is a non issue for me. Another detail regarding fans: There are three fans but only two fan readouts in HwMon. I believe speeds for Fans 1 and 3 are reported together, and Fan 2 (in the middle) has it's own readout. I used the Asus Tweak tool (their version of MSI Afterburner) but it started crashing constantly after three days, so I just uninstalled it. Asus has a stand alone app to adjust the RGB settings, so there's no need to install the entire Aura software, just the GPU program will get the job done. There is just a tiny bit of coil whine in certain games under load, but it's very faint. As long as it doesn't get any worse, I'm OK with it. I've only overclocked it a tiny bit with the Asus software and it seems fine. I'm not planning to run this card overclock much, but when I do, I feel confident that the three-fan design will help keep the temps under control. Gsync SORTA works with my Freesync monitor, but not really. So if you're coming from an AMD card, keep in mind that unless your Freesync monitor is on the "Golden List" of Nvidia approved monitors, you've just lost that feature. However, considering how fast this card is, that's mostly a non issue if you're still using displays under 120Hz like I am. This is a BIG card. It's a pretty long card so double check to make sure it will fit in your case. Also, it basically takes up 3 PCIE slots in your case, so you might need to shuffle your other PCIE cards around to make sure everything fits. This card is also pretty heavy, so you might want to consider some sort of support brace or bracket to hold the card up. It's not an issue for me so far, but it's something I'll be keeping an eye on. Make sure your PSU has two free 8-pin PCIE power plugs to power this monster and make sure your PSU will support a 250W GPU. Overall, I'd say you should generally reconsider your decision to purchase ANY 2080Ti unless money is REALLY not a problem for you. Once you're sure you actually want to spend this much on a GPU, then this particular card is not a bad bet at all. I don't know if it's the best card for extreme overclockers, but from everything I've seen, heard, and experienced, it seems to be at least a step above the Founders Edition cards from Nvidia. Build quality is great and from what I see when comparing benchmarks, performance is where it should be. In summary, in reality all these cards are overpriced, but in terms of current market value, this is a solid choice because of the great build quality and the quality cooling design. I'd recommend it to anyone else looking to dive into the deep end of top tier GPUs. Thumbs Up!

Manufacturer Response:
Dear Colby, I am glad that you are happy with this video card's build quality, cooling design, and performance. If you have any questions or concerns, you can contact me at cl-justin@asus.com. I'm here to assist our customers with our products and dedicated in bringing a resolution to all issues that they may come across. Your case for reference is #N200269872 Thanks for choosing ASUS Regards, Justin ASUS Customer Loyalty - US Support
Anonymous
Ownership: 1 week to 1 month
Verified Owner
good12/9/2019 12:34:09 PM

Cons: fans a little loud after 60%, sometimes flickers a little