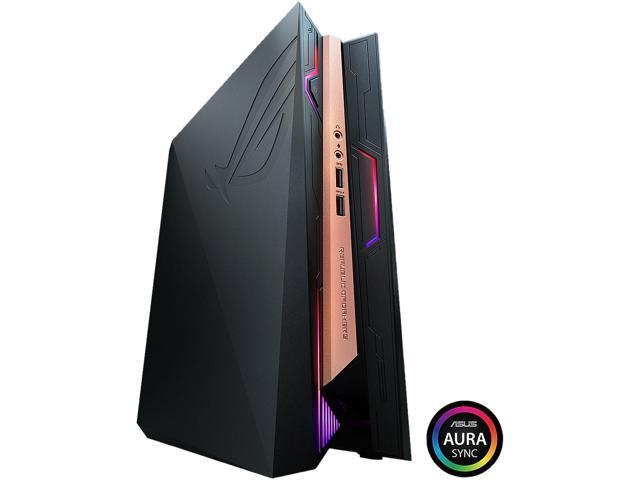 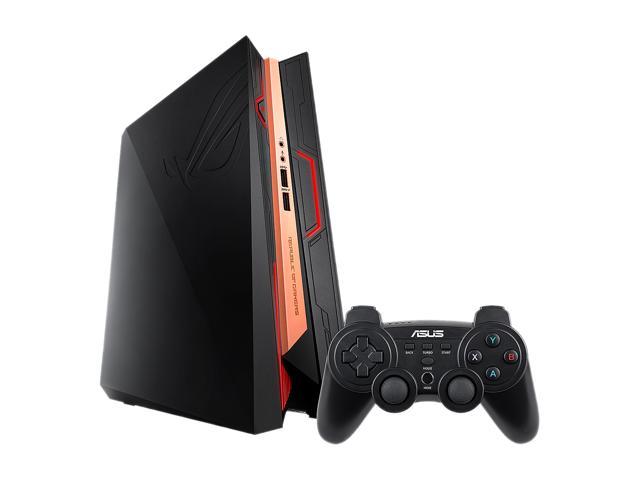 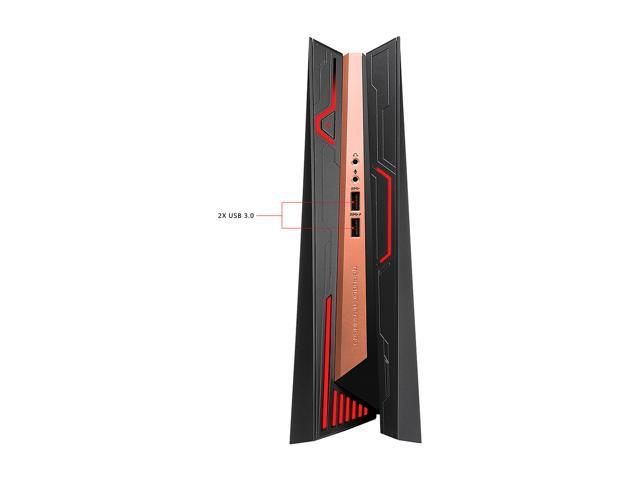 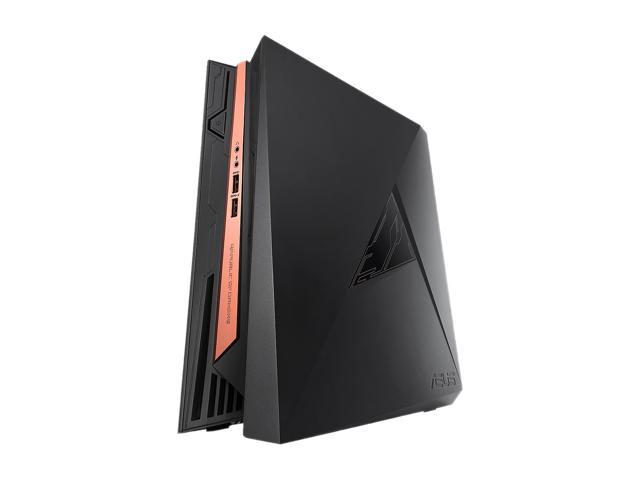 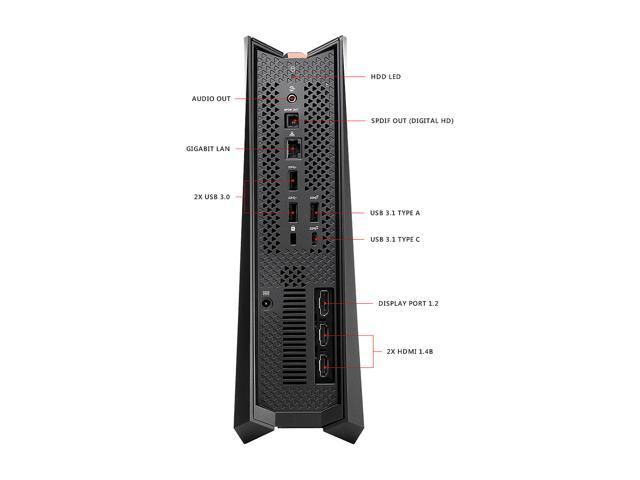 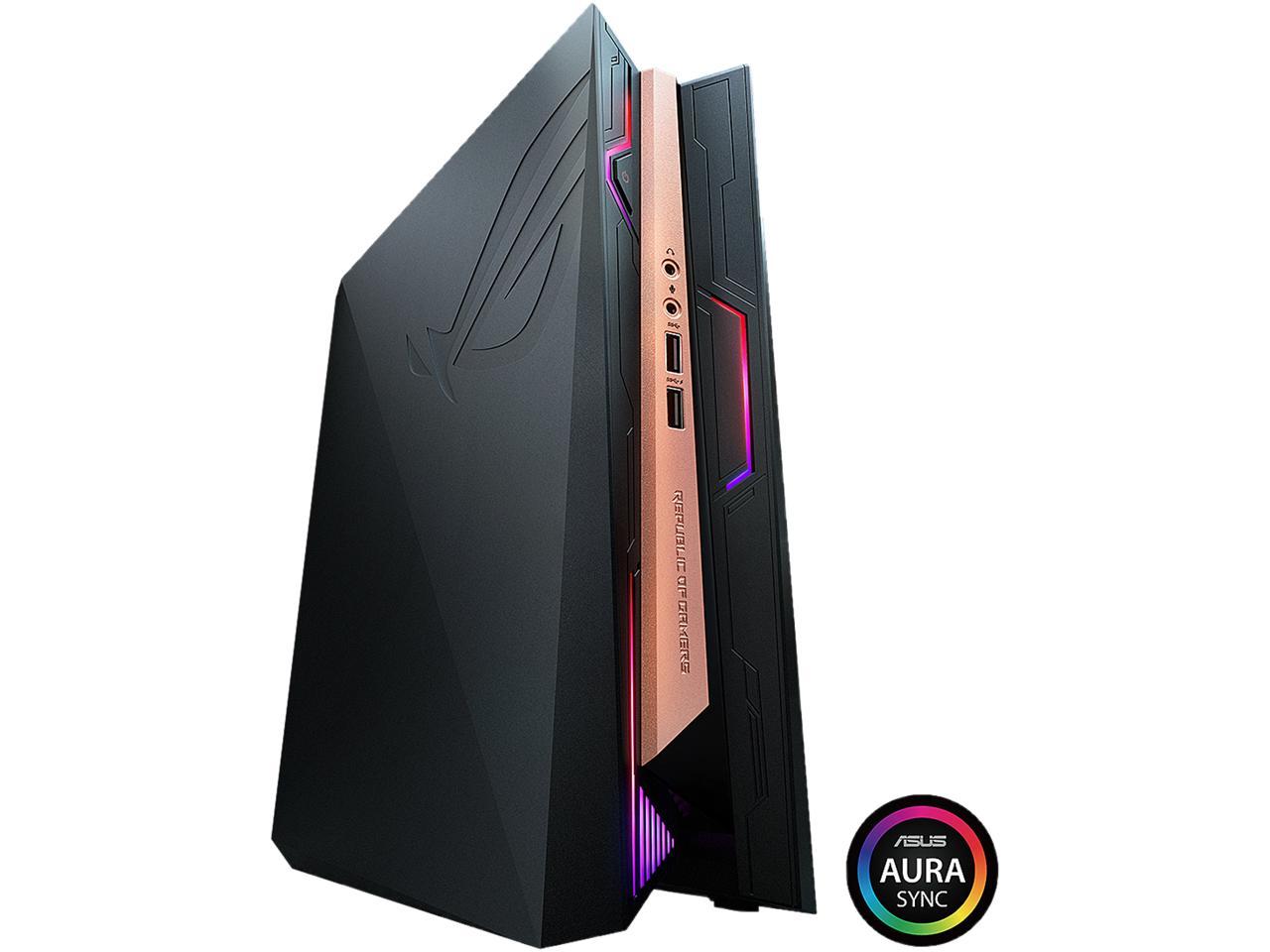 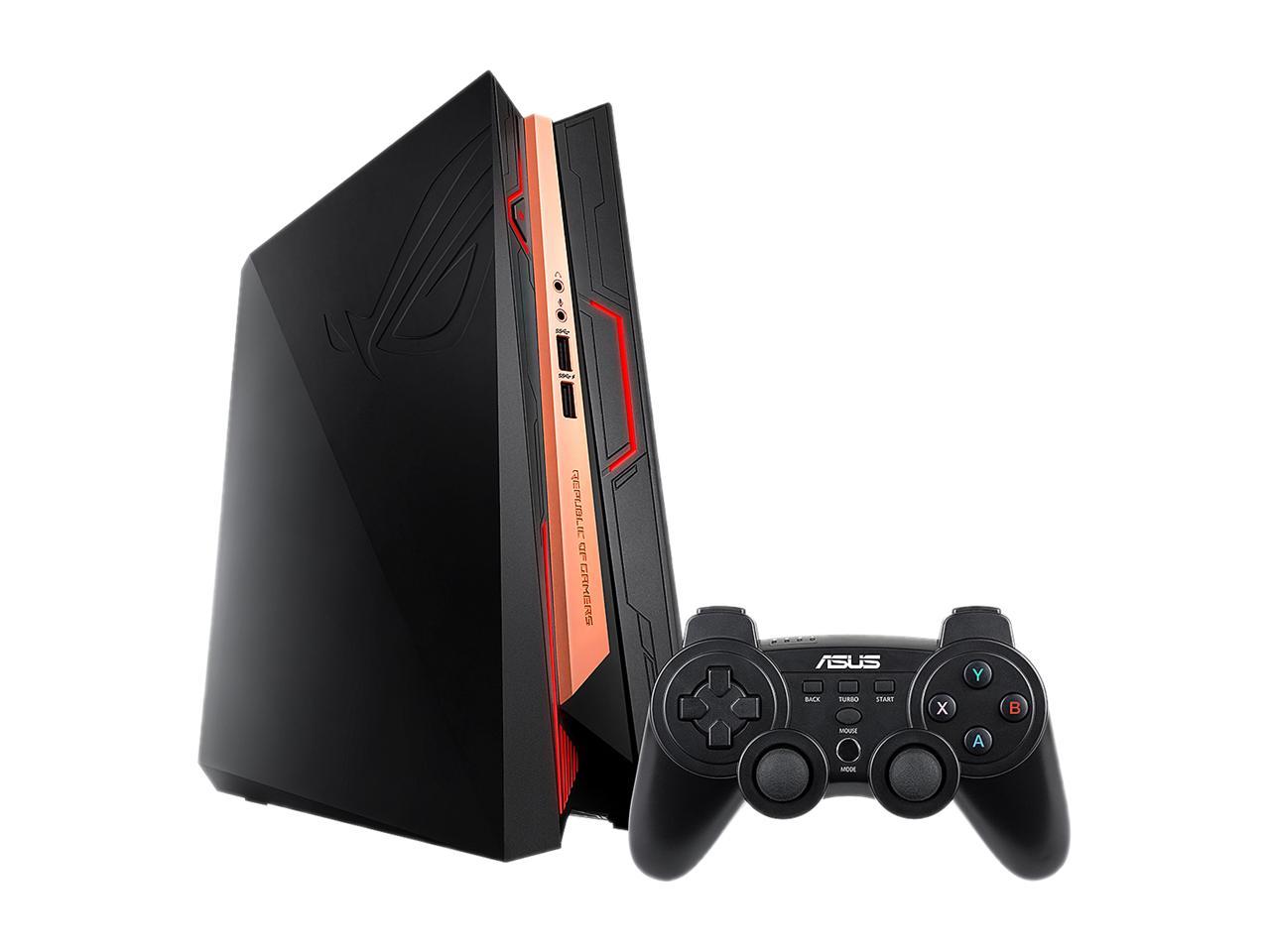 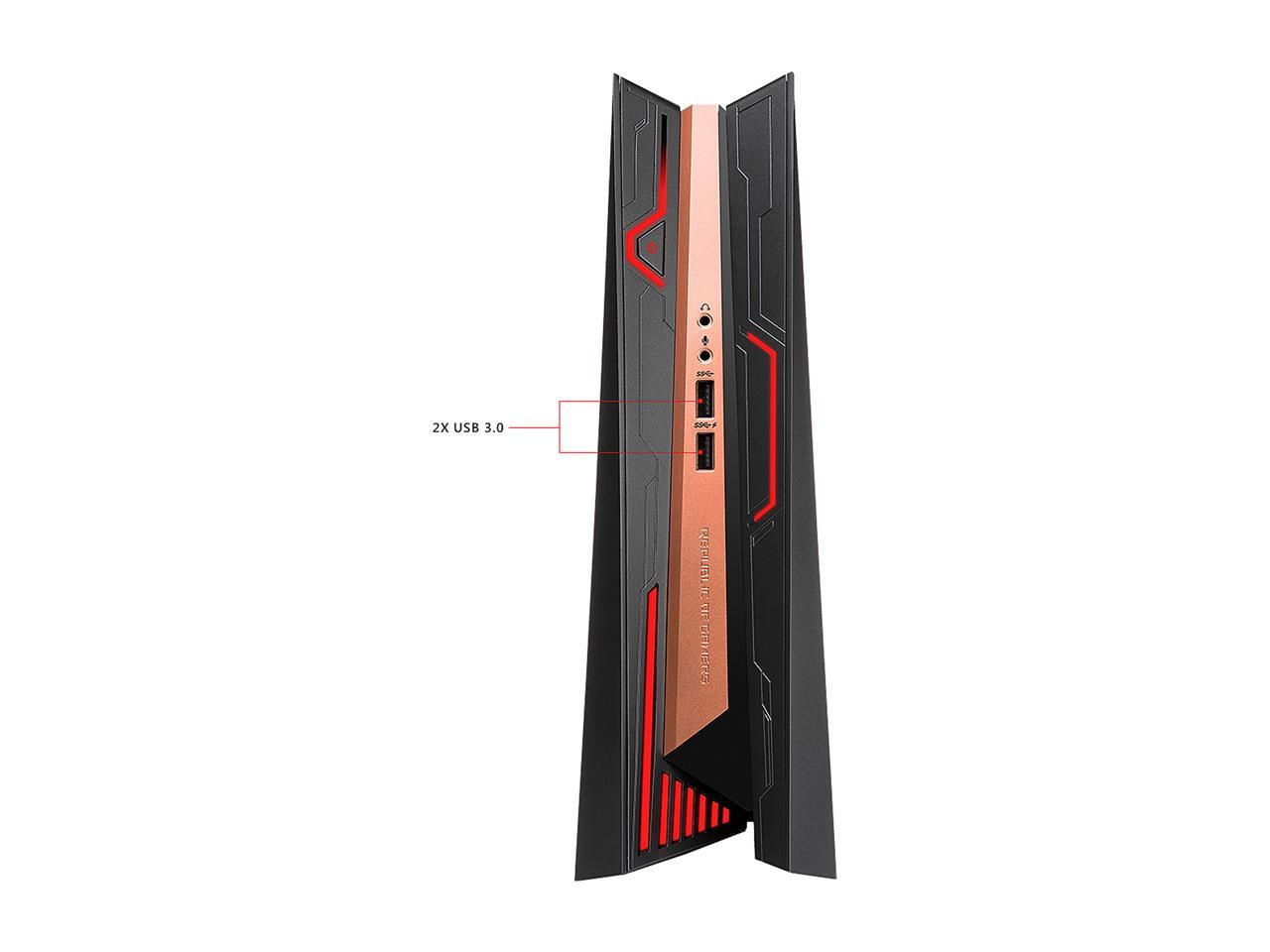 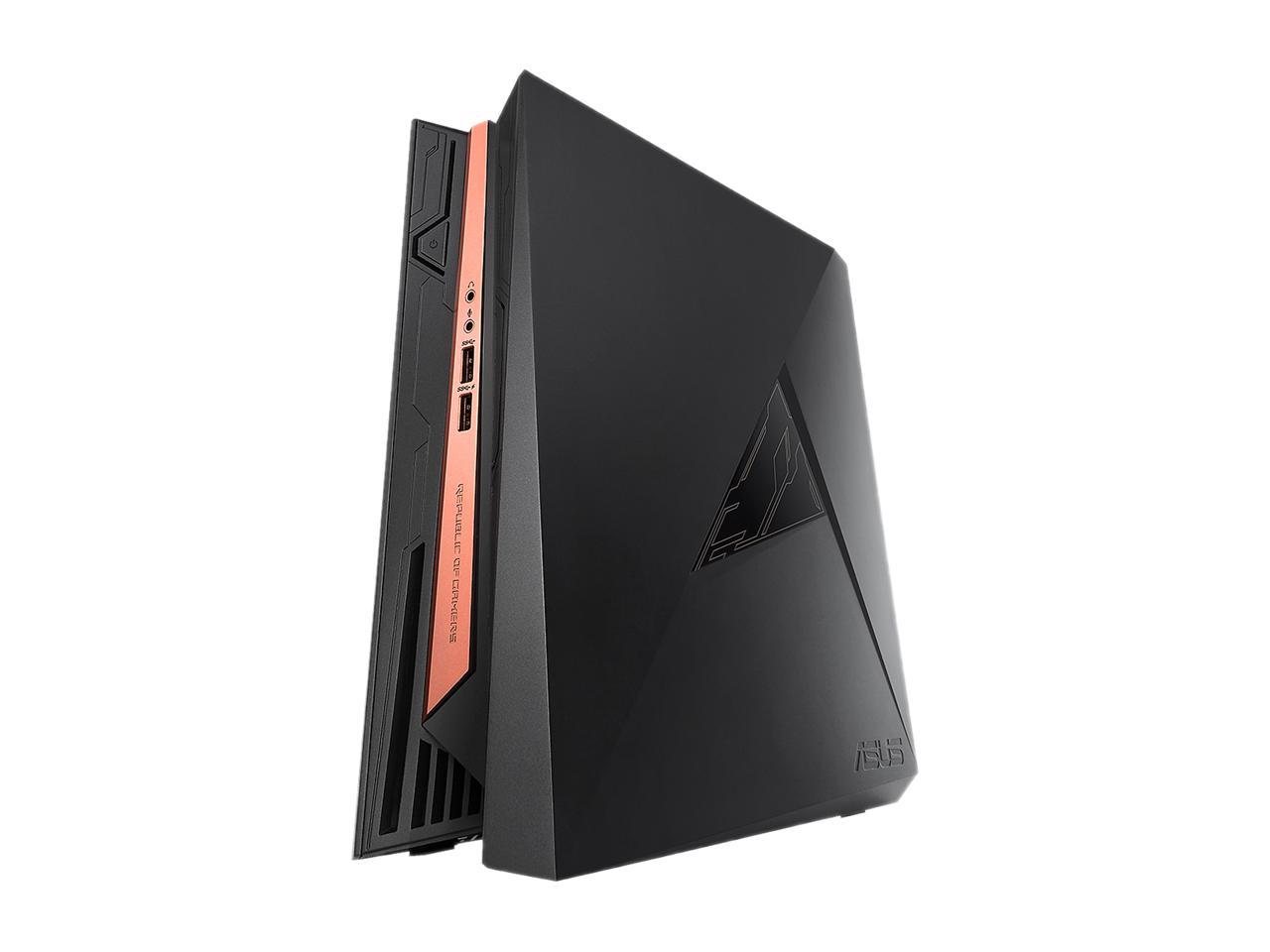 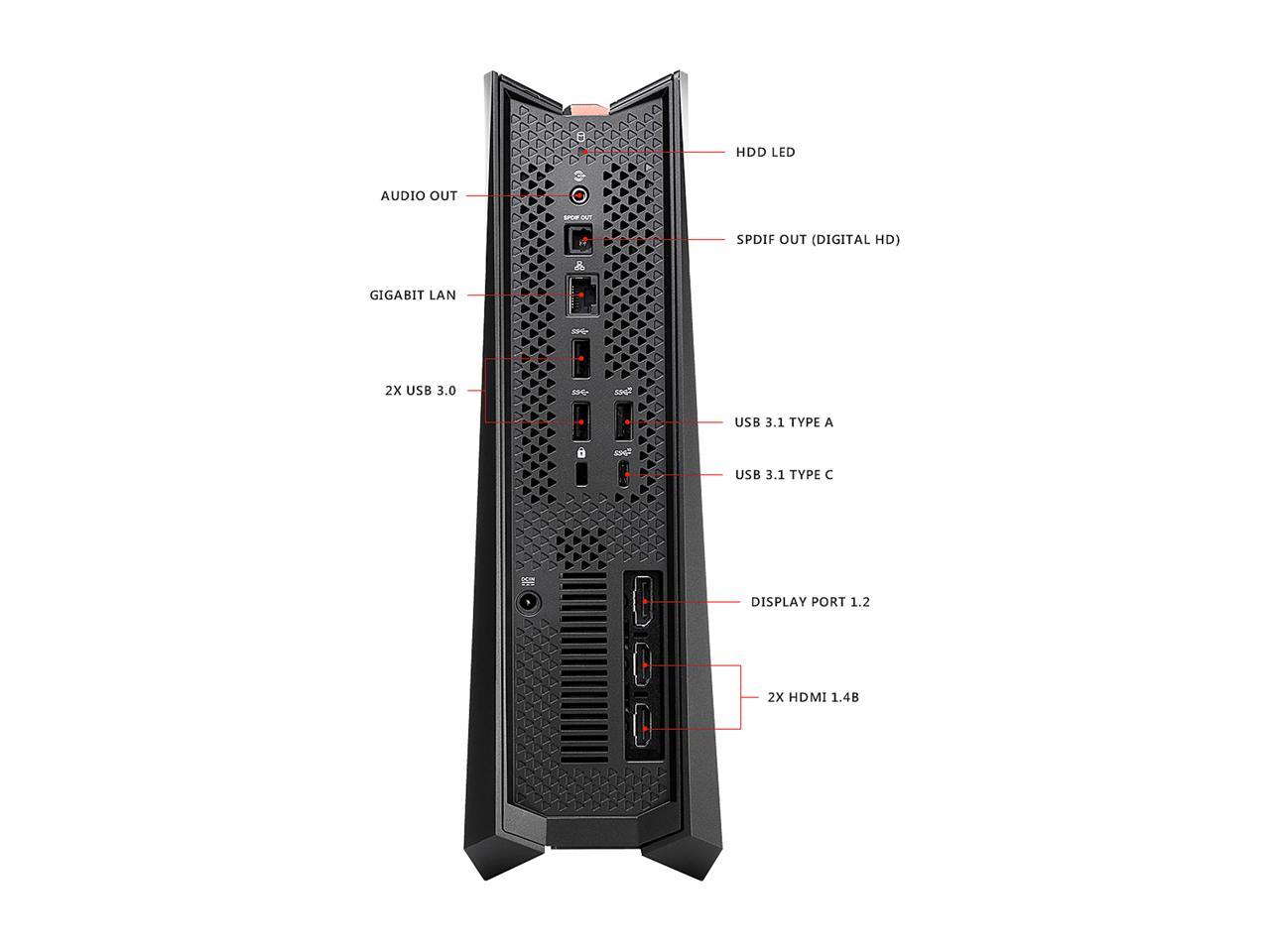 Cons: OS Loaded with junk I strongly recommend Fresh install then adding M.2 stick for the OS then using the 1TB HDD for installing all your games in order to unleash the true power of this little beast. I did and what a difference.

Pros: -Small size, smaller than an Xbox -Decent specs on CPU, GPU vs cost -Case is easier to remove that I would have thought with the specialized design

Cons: -HDD is slow to boot (but has an available SSD slot for upgrade) -Slight drone of fan -Can only really stand it upright, sloping sides make it seem silly on its side.

Overall Review: I really liked the looks of this case as soon as a pulled it out of the box. The stripe in the middle looks somewhat pink in the pictures here, but in person is more coppery. The LED effects are also nice, but weren't really a selling point for me. I was really driven by the specs vs price, as well as being made by a manufacturer that I trust. I have had several Asus computers, and they are built very solidly. This desktop is no exception. My first impression holding it, it feels pretty rugged, and could probably take some abuse, which is great, because with a case this small it is also very easy to transport. Starting it up, I was a little disappointed with the boot times initially. It took probably 2 minutes to boot once windows was all set up, and there was also some lag when starting programs when first logging into windows. However, that became moot as soon as I installed a SSD and cloned the OS onto it. Now it boots in 15 - 20 seconds, and runs fast as you like. I would have given this 5 eggs if it had come with an SSD, but for the price point I feel like this is a fair bargain, and only takes a small investment to make it a great machine.

Cons: the fan get loud on the high ending games.

Pros: Decent value for the price

Cons: It shut down today and also has a lot of glitchy problems, like with audio drivers and gaming compatibility.

Manufacturer Response:
Dear Valued Customer, It's good to know that the product is a decent value for the price. I do understand the inconvenience if you are experiencing system glitch or stability issue with the desktop. In order to maintain optimum system stability and performance, cumulative WINDOWS Update needs to be installed periodically. In regards to the audio driver issue, please try to update it to the most current version. The file is available for download at the ASUS Support website. If compatibility issue is being experienced while gaming, please make sure the desktop does meet the system requirements of the game and the latest patch for the game was installed. If you need further assistance, please email me at cl-rodel@asus.com and I would be happy to help. Or, you can speak to an ASUS live support agent 24/7 at http://bit.ly/AsusLiveChat. Thank you for choosing an ASUS product. Regards, Rodel ASUS Customer Loyalty
David M.
Ownership: 1 month to 1 year
Verified Owner
Didnt work7/21/2018 6:33:36 PM

Cons: It couldn't connect to a monitor or any output display

Manufacturer Response:
Dear David, Thank you for choosing an ASUS product. I do understand your disappointment if the system will not bootup, no video or no POST. Usually, you will do the following to resolve the issue. Please verify if the unit is connected to a working TV or monitor using known good video cable and the correct input source from the TV or monitor was selected correctly. Check the AC adapter was properly connected from the unit to a working surge protector or AC outlet and the power button is being pressed all the way down to trigger a power on signal. Also, please try to disconnect the power cable and let the unit drain for 24 hours to clear the memory and reset the hardware into default settings. After doing this, please reconnect the power cable then power on the unit. If you need further assistance, please email me at cl-rodel@asus.com and I will be more than happy to help. Or, you can speak to an ASUS live support agent 24/7 at http://bit.ly/AsusLiveChat. Regards, Rodel ASUS Customer Loyalty