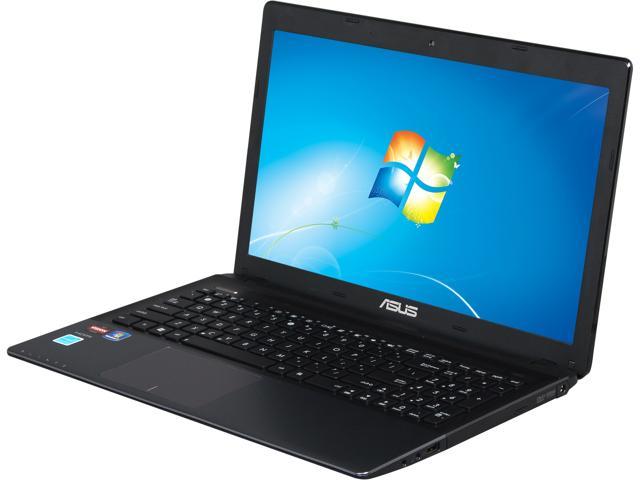 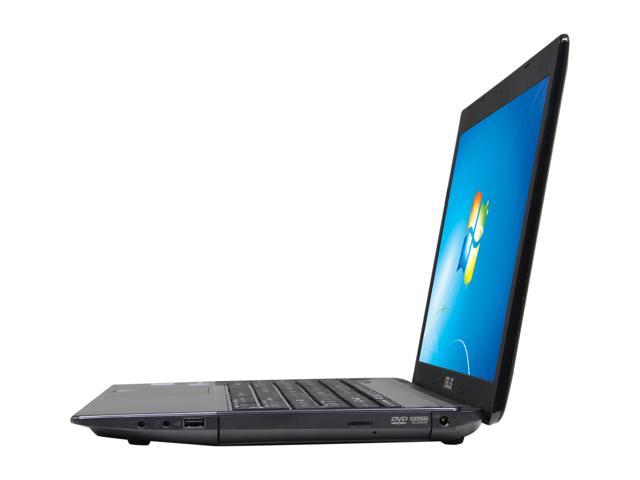 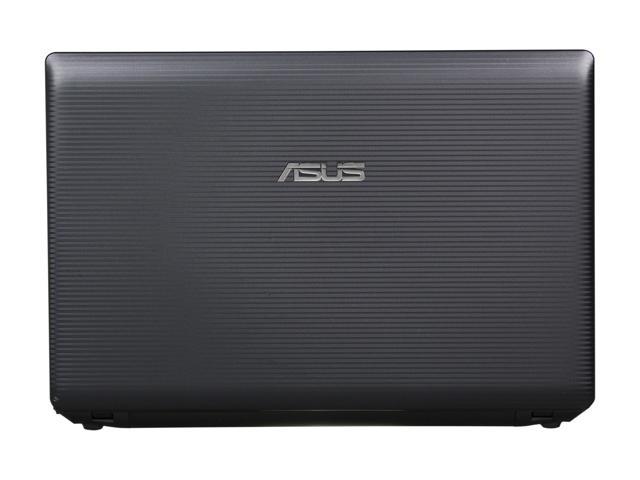 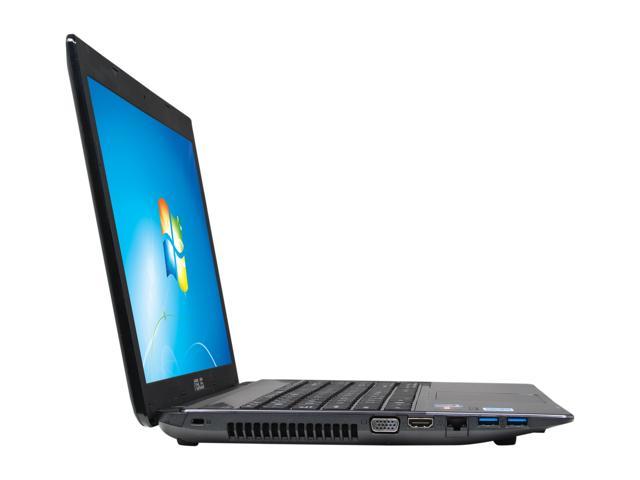 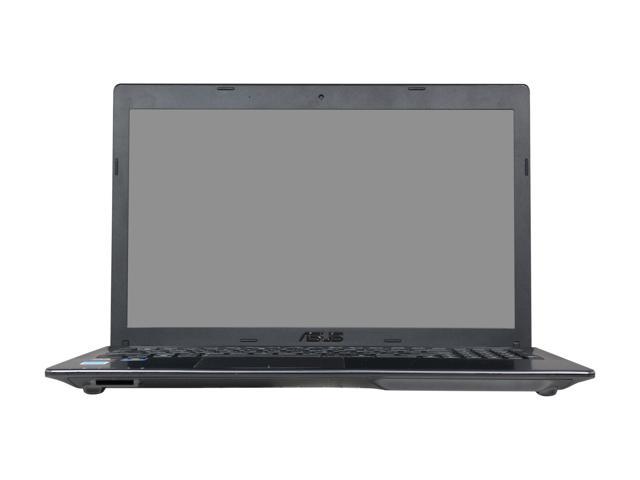 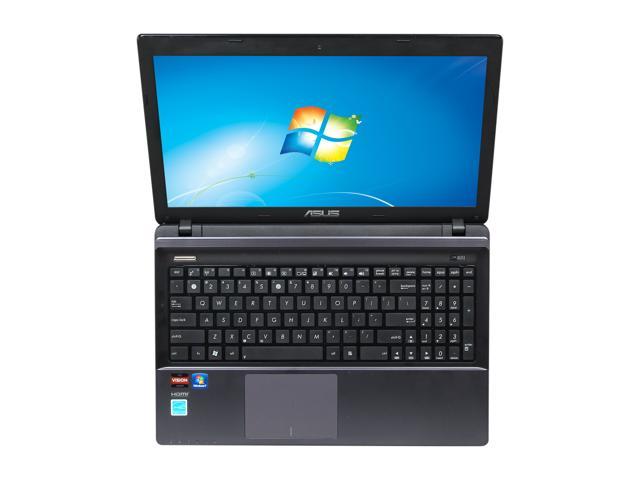 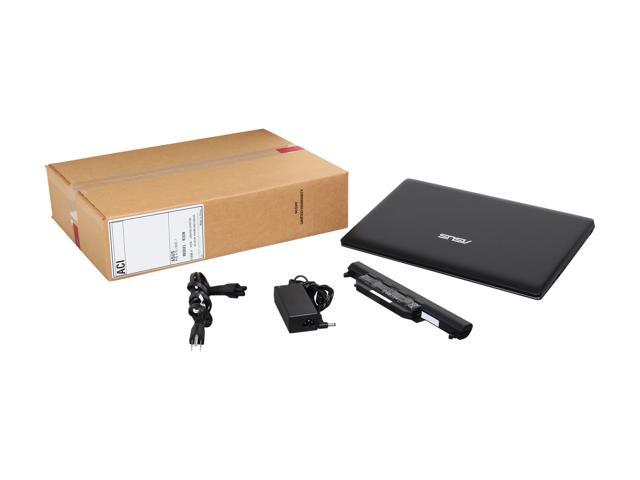 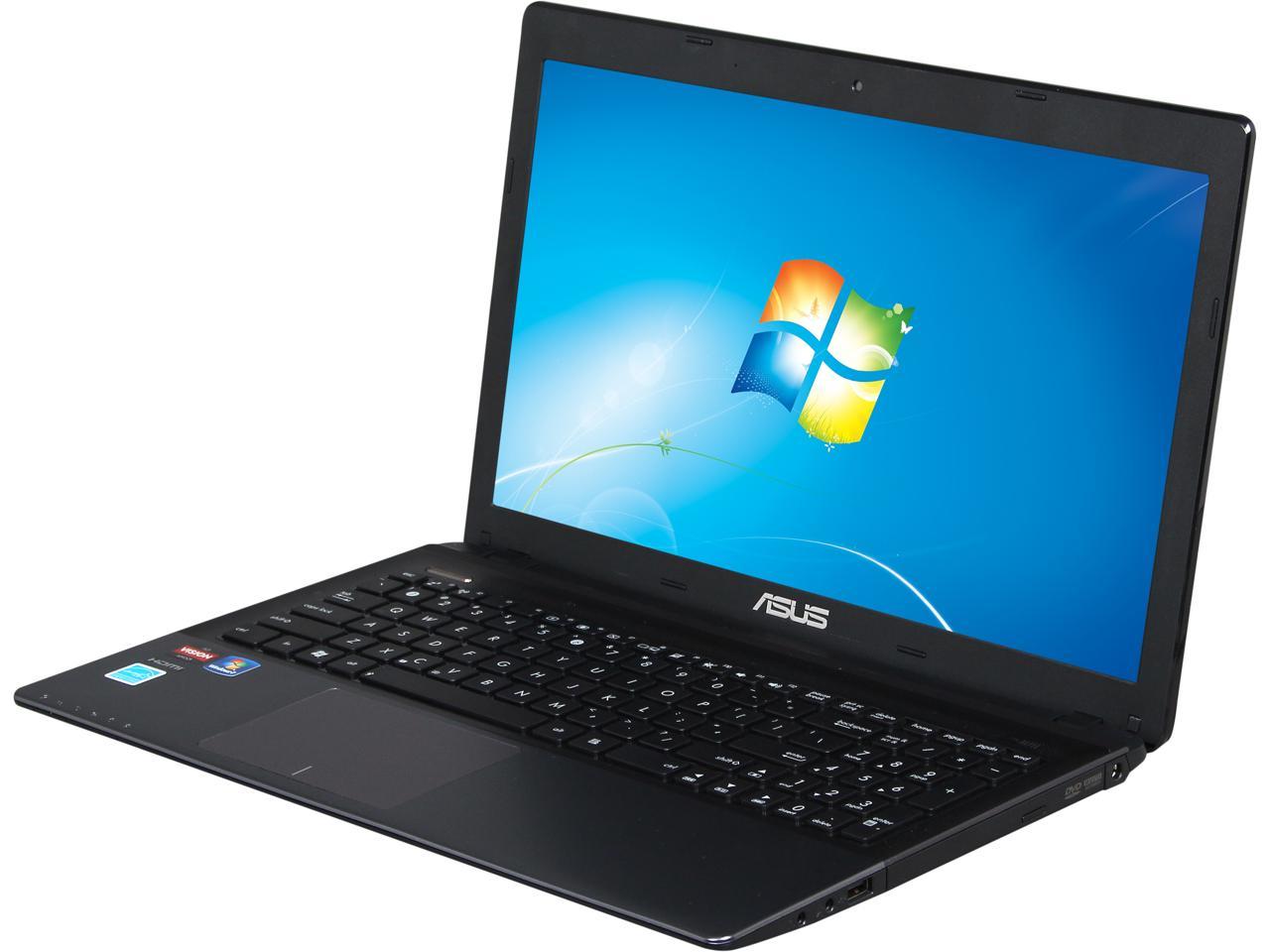 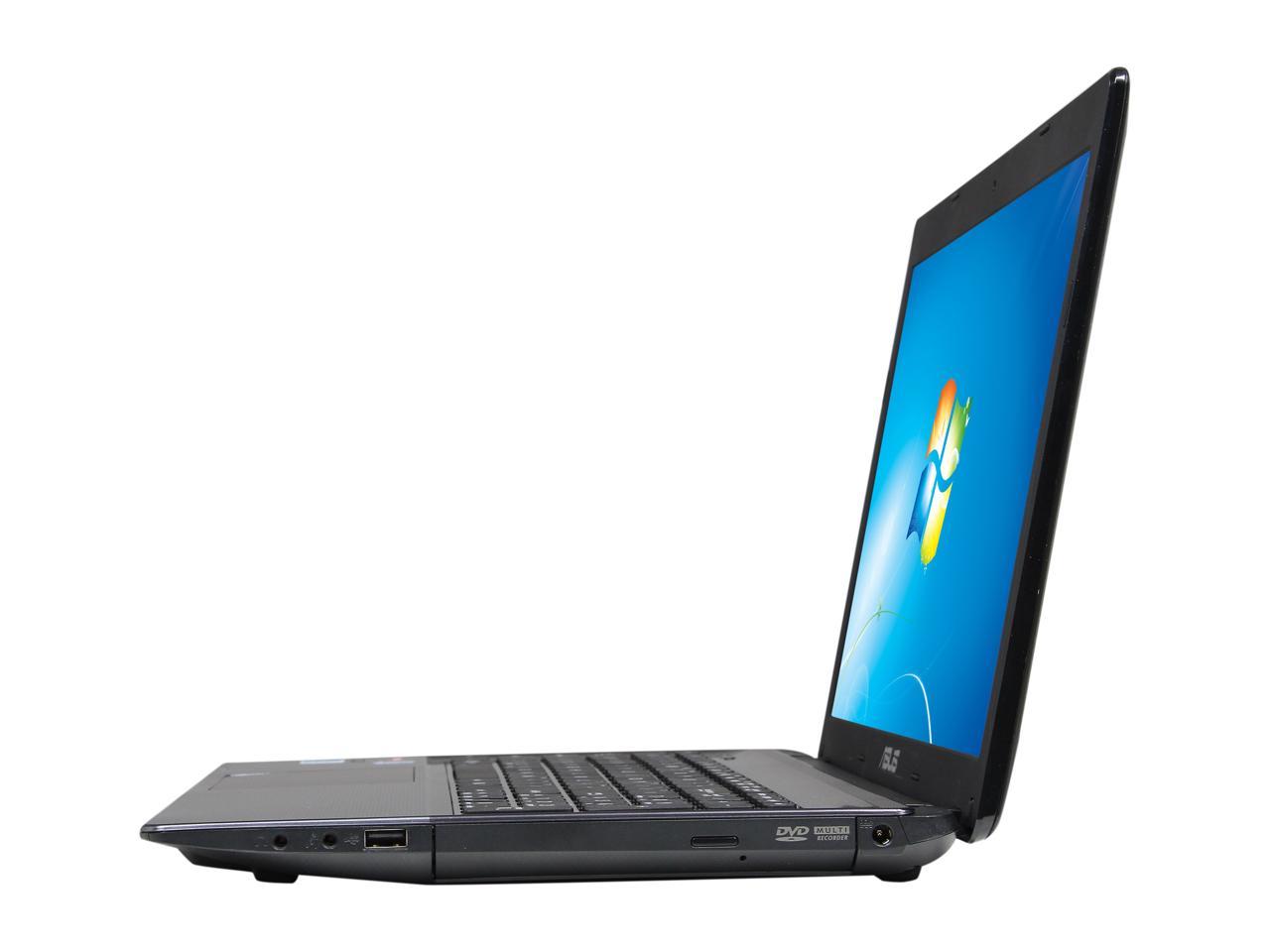 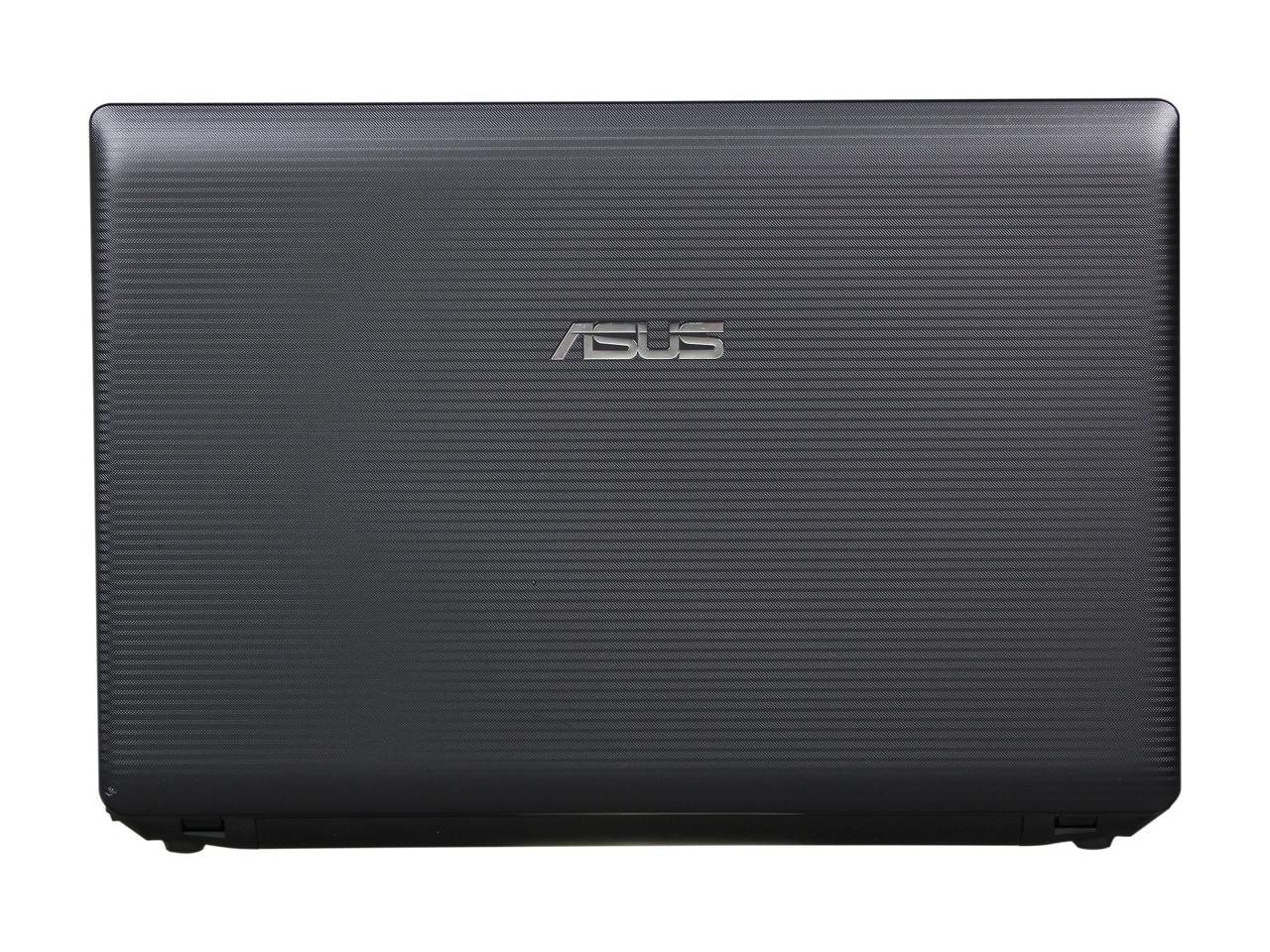 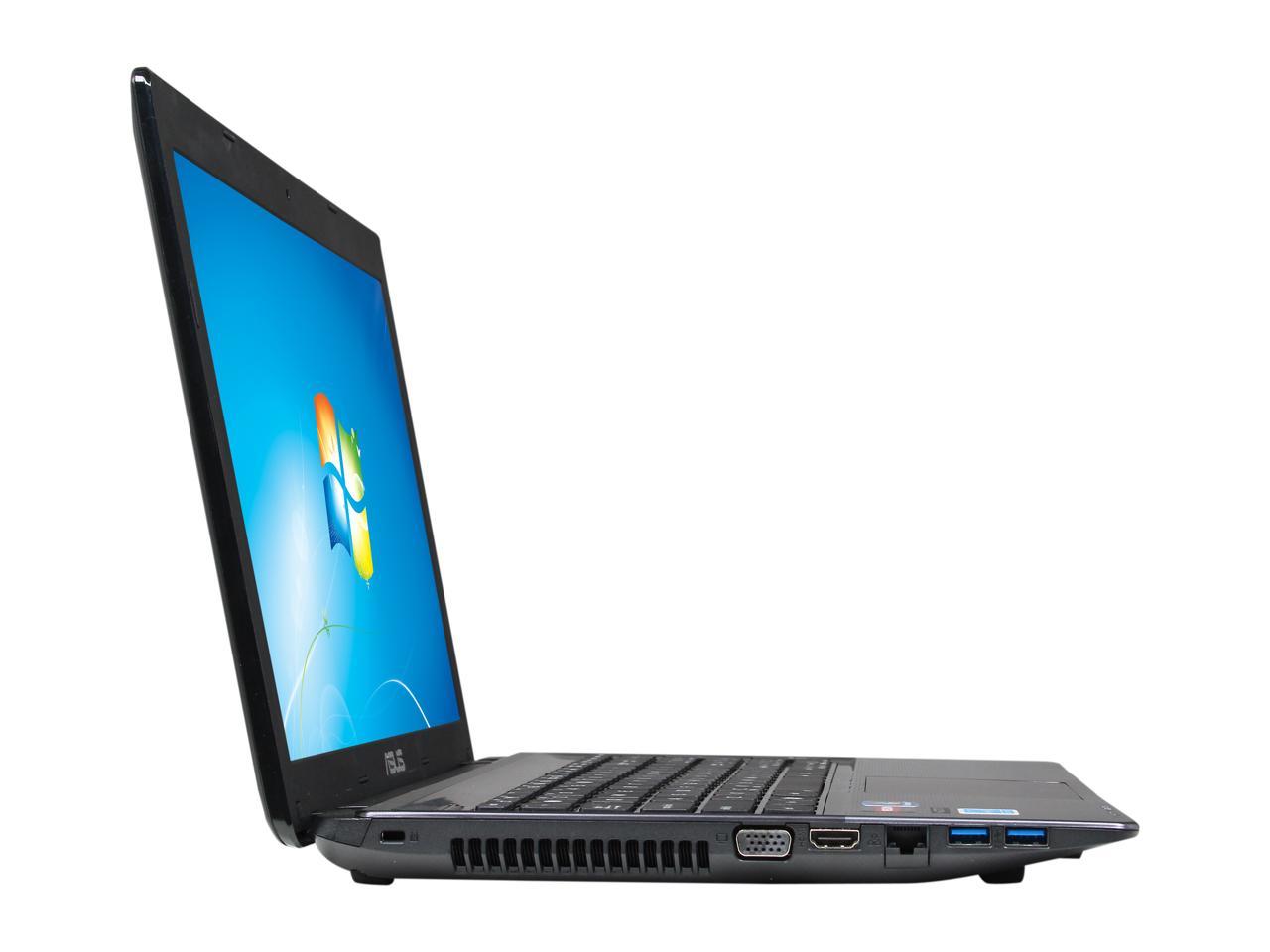 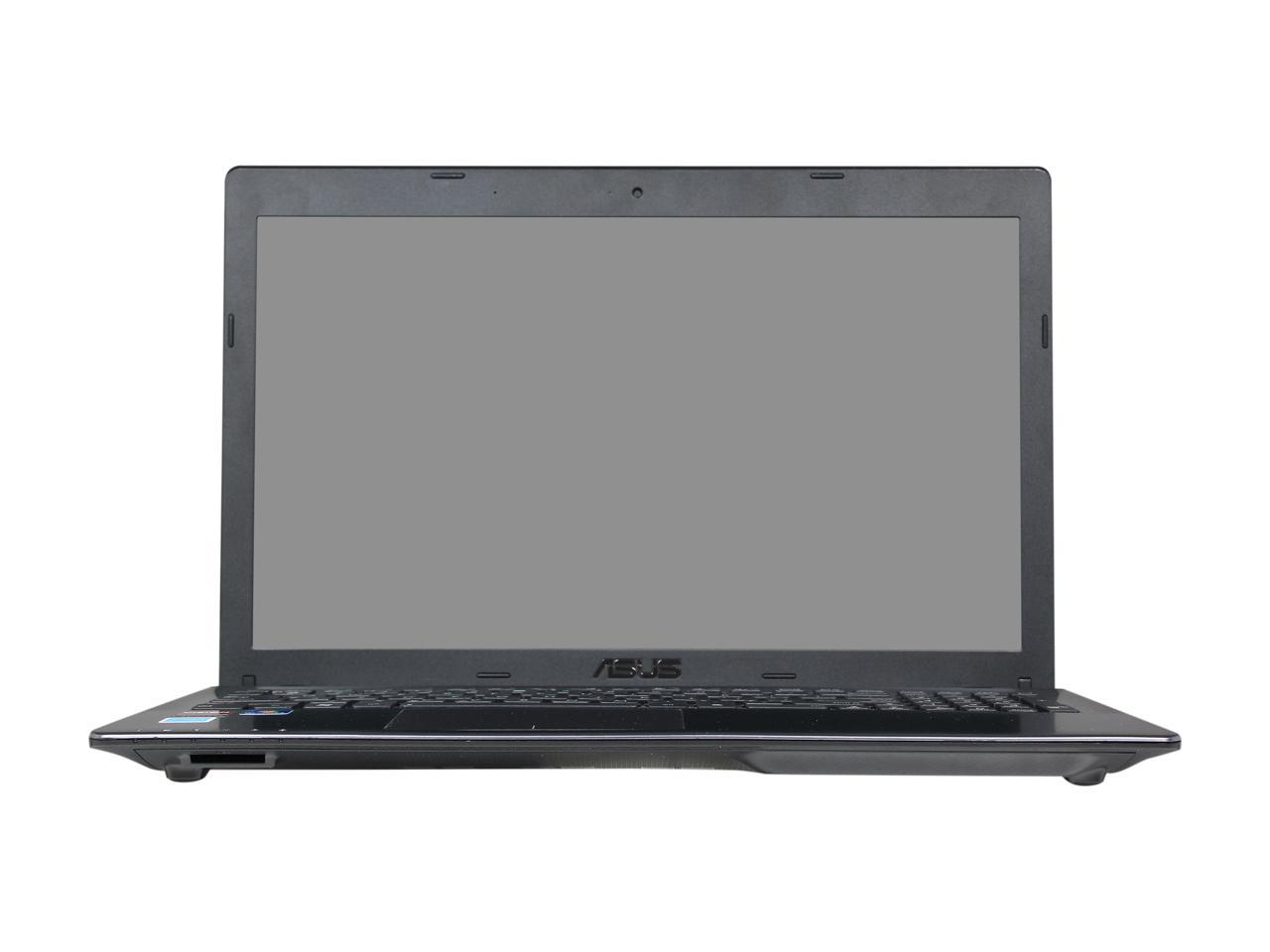 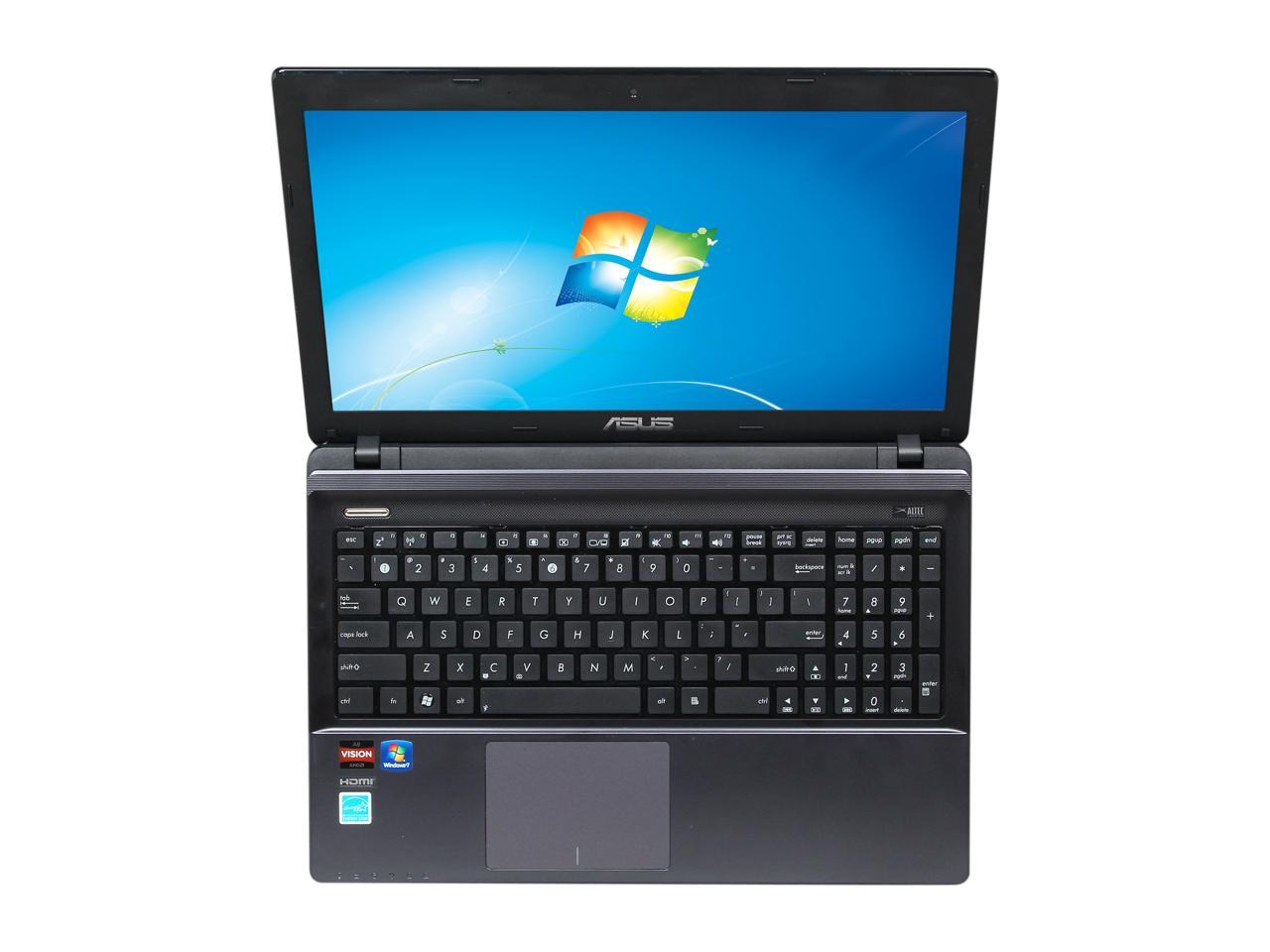 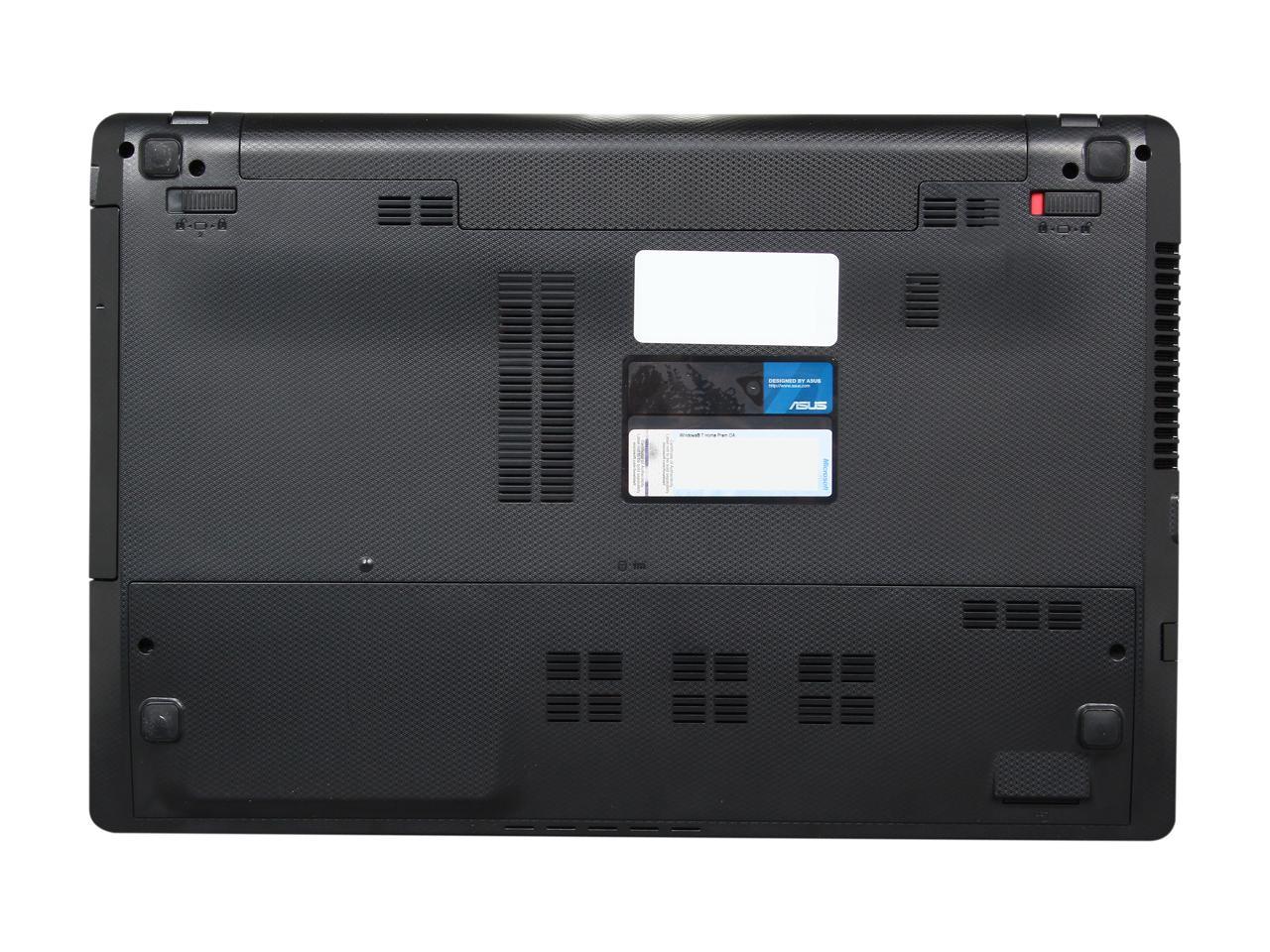 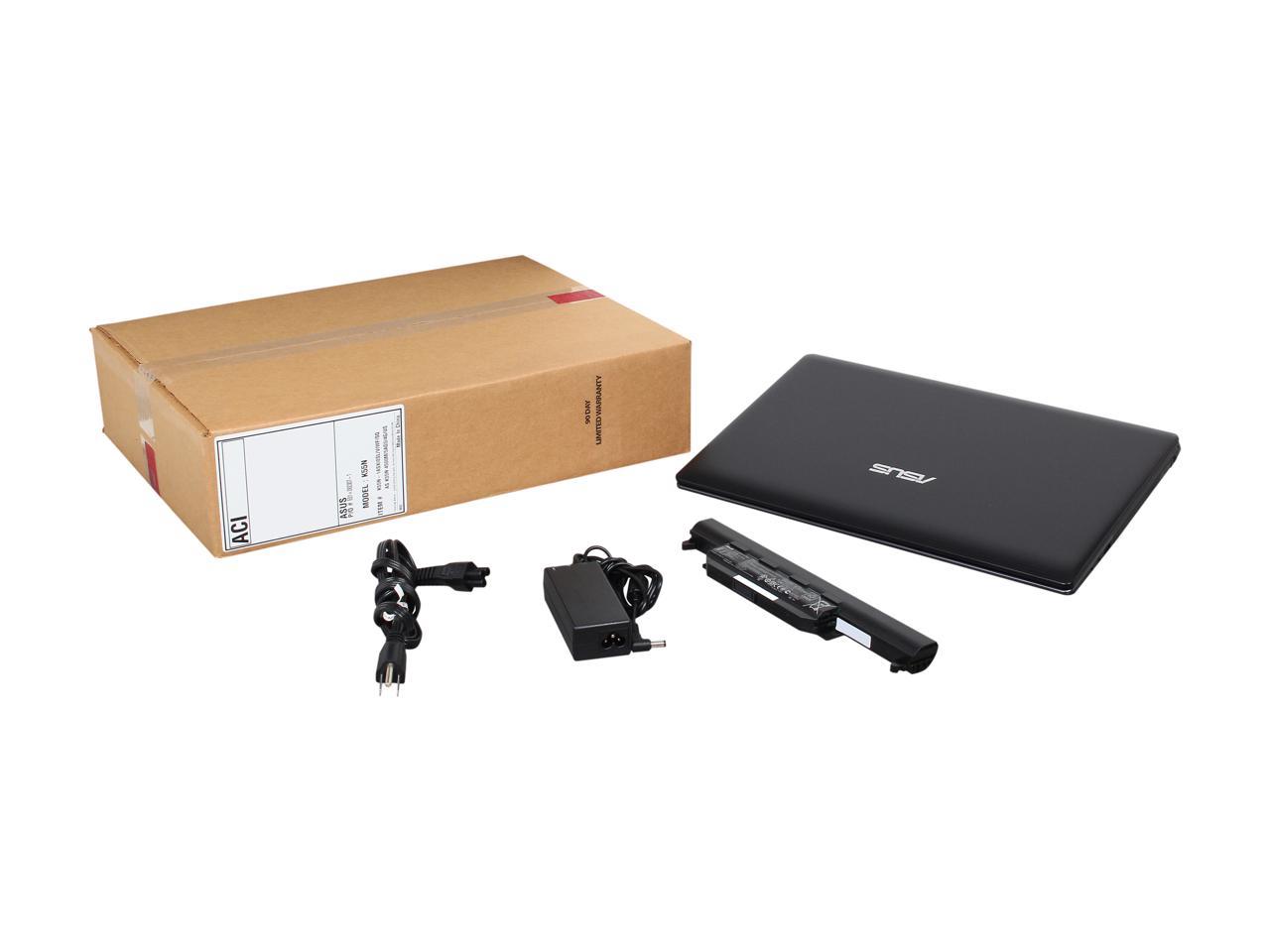 This means the product was tested and repaired as required to meet the standards of the refurbisher, which may or may not be the original manufacturer. Any exceptions to the condition of the item outside the manufacturer’s information should be provided in the listing, up to and including warranty details.
(33) Write a Review
OUT OF STOCK.
Overview
Specs
Reviews

The modern ASUS K55N notebook delivers incredible media performance to effortlessly handle movies, video, and mainstream gaming. With AMD A8-4500M APU, featuring a quad-core CPU and discrete-level Radeon HD 7640G GPU on a single power-efficient chip, you get the performance you need to rip through the digital entertainment, gaming and multitasking smoothly. Combined with a premium ASUS SonicMaster Lite technology, IceCool design and Super Hybrid Engine II Technology with instant on 2-second resume, the ASUS K55N notebook is your productive tool and reliable friend you can count on whether in office or on the go.

Pros: The laptop might as well of been brand new in the box (NIB) There were no scratches on the case or screen and the laptop was clean for a refurbished one. Everything works like new and for being a lower end laptop performs quit well. It also came with windows 7 64bit OS

Cons: The laptop didn't come with any documentation or manuals but those tend to go into a drawer to be forgotten or the trash bin so it's not much of a negative

Overall Review: I bought this as a gift for an elderly family friend who had to move to an assisted living home and didn't have enough space for her desktop. She loves the new laptop and is working great for her.

Cons: USB 3.0 port mangled, seems as though the moron previous owner of this system tried to caveman a usb device in to the port. Asus technition didn't check it...I fixed it with 90 degree needle nose plyers and a gentle touch I normally reserve for the ladies.

Pros: $$$$, never expected to get a processor like this for this kind of price. Graphics are NOT Intel on board Shipped in one day for free So far, performance is definitely what I expected and the laptop is quiet when doing typical computing, I haven't cranked it up yet, but will let you know. No poopy Windows 8 A lot less bloatware than my last laptop

Cons: None, really I would like to see 8GB of ram, but for this price I don't mind adding it myself. Removing Bloatware, but I would do that on any laptop

Overall Review: Saw the previous review and felt I needed to review the product. I am not one who usually reviews, but if it will help someone pull the trigger on this before the sale ends and make themselves happy folks, felt I needed to. I don't see a better low end gaming laptop anywhere on the web and I've been looking for a bit. This thing runs WoW just fine. Seriously very little sound when computing without gaming. Prefer this chip over the stock poopy i-5 that is in most laptops under $500. I am not an AMD person, especially for desktops. I prefer the Old reliable i5 3570 or the new and upcoming i7 3770. But this chip definitely performs. But this chip performs. Already ordered 4 additional GB of RAM. Would love 8 standard but not complaining for this price. Another reviewer complained about the touchpad. I've never met one I liked. Function F9 to disable and use a mouse. Oh, and NO WIN 8. Thank you. Peace and have fun

Pros: This is really a "first look" review as I've only had it a few days. Will follow up with more detail later. I bought 2, one for each of my kids. I'm a fairly avid fan of AMD especially their mobile CPU's with their awesome integrated graphics performance. For under $400 this machine is an awesome bang for the buck if you're looking for something that can handle normal chores and some gaming. I bought two for my boys, and it suits them just fine so far for Minecraft, some web games, and even Sim City games. Windows 7 that comes with it is a plus in my book too since Win 8 is such a debacle at the moment. Simple to access and replace RAM, HDD, and wi-fi card if desired. And nothing indicating it will void warranty.

Cons: A few odd issues: - USB 3.0 is a bit flaky. I believe it's driver support. A couple USB 3.0 drives I have would frequently just disconnect on their own, to the point they were unusable. USB 2.0 drives and a newer WD Passport USB 3.0 drive seem to work fine so far though. - Comes with a single 4GB RAM chip. The GPU in this thing needs dual channel RAM, meaning two sticks of equal size RAM. They would have been better off offering 2x2GB than a single 4GB stick, although RAM is cheap so throwing in another 4GB isn't a big deal, and I have plenty extra, otherwise it's an added expense - Bloatware. Not horrible, but still atrocious - 5400RPM HDD. 500GB. 7mm form factor not 9.5mm so 500GB is largest HDD you can get currently in 7mm form factor. Although I plan on swapping out for SSD anyhow. - Touchpad tracks fine, but it's just cheap. Deflects easily and buttons don't depress very well. Probably be able to mod it by placing a hard piece of plastic underneath sometime when I feel like tearing the machine apart

Overall Review: A few things not positive or negative in my opinion: - poor quality screen, but I guess expected. at least it's bright and no dead pixels - battery, small 50WHr for the size laptop, probably get 3 hours, but I guess that's ok - keyboard is decent, just the entire surface bounces with little pressure. But for kids ok. - weight is a bit high for just having to cool a single 35W CPU, but it could be worse.

Pros: As this is my first laptop I didn't really know what all I would be getting myself in for. Had this for about 3 months. No scratches, dings or anything. Loads pretty fast, but not as fast as my pc though. Able to play NFS The Run with full settings. Plays HD movies ease. Webcam works pretty good on Skype and recordings are good, but could be better. Everything else seems to be working great with it.

Cons: Touch pad is to large and sensitive and gets in the way when you want to type. A wireless mouse and disabled the touch pad took care of that. 4 gigs of ram will do in a pinch but upgraded to 8 gigs of 1600. 5400 HD is slow and will be upgrading to a 7200 next. Asus bioware. Thanks to a nasty virus I got ( surfing the web, nothing to do with the laptop ) had to format and got rid of it all.

Pros: Despite it's only a quad-core, it's so worth it. I build pc's for a living and hobby. This laptop is worth way more than you will pay for it. Just get a second, 4GB DDR3 Ram. It improves the shared graphics performance. I actually think this is great gamer budget laptop.

Cons: The trackpad is a bit sketchy. I suggest getting a wireless mouse. But whats a $80 for RAM and a mouse and your saving almost $150.

Pros: - Fast - Nice integrated graphics for gaming - No bloatware - Good screen - Came with a Justin Bieber CD in the disk drive (not joking)

Cons: - Touchpad is a LITTLE iffy, but you get used to it

Overall Review: This is a great budget gaming laptop! I get 160 fps on minecraft, and other games work well when you turn the settings down. I suggest getting a usb mouse, and more importantly upgrading your ram to 8 gb's, as you will be able to run games better. Works fine with 4 though. Also, my laptop CAME WITH A JUSTIN BIEBER CD IN THE DISK DRIVE! WHAT THE HELL? Definite buy!

Pros: This thing works great. Beautiful screen and runs very quick. I purchased another 4GB stick of ram for it for an additional $25 and it was well worth it. This laptop is light, functional, and has all the features you need. Plus it is Windows 7 and those are getting hard to find at a good price

Cons: The touchpad is not good. I turned it off and bought a wireless mouse. Now all is right in the world.

Overall Review: You need to buy this!