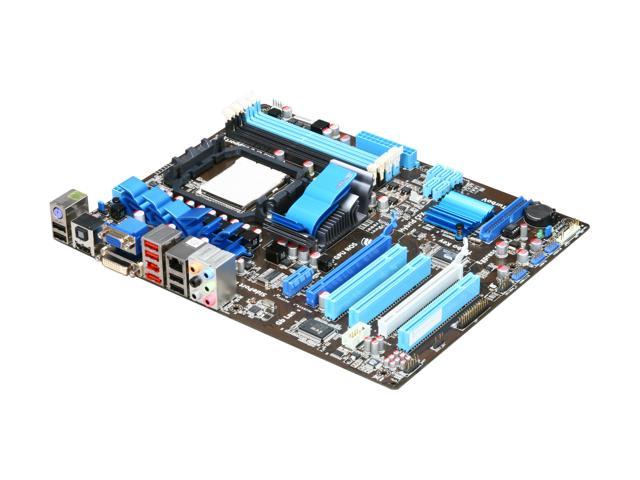 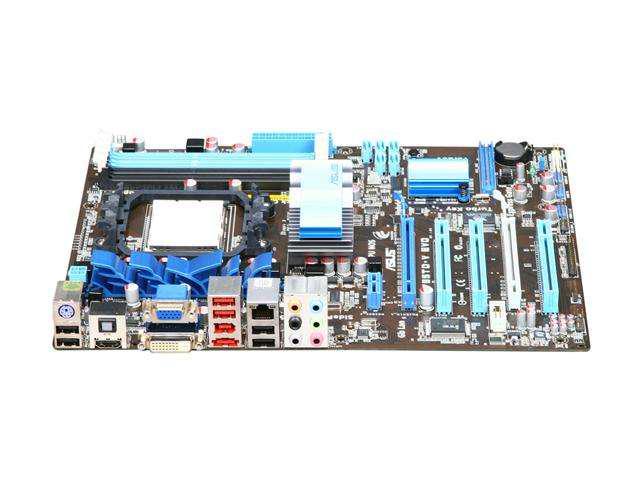 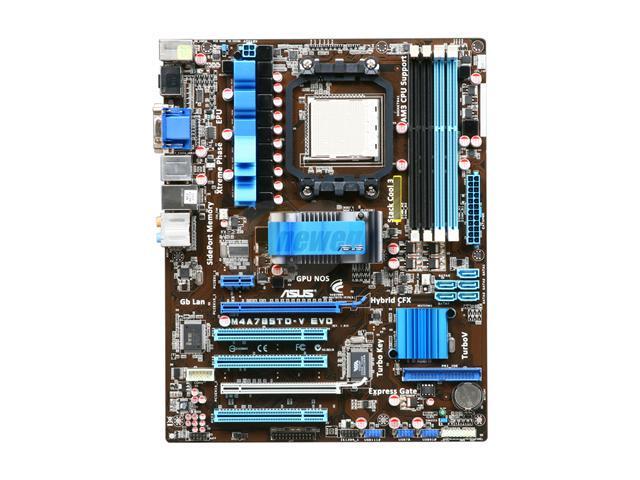 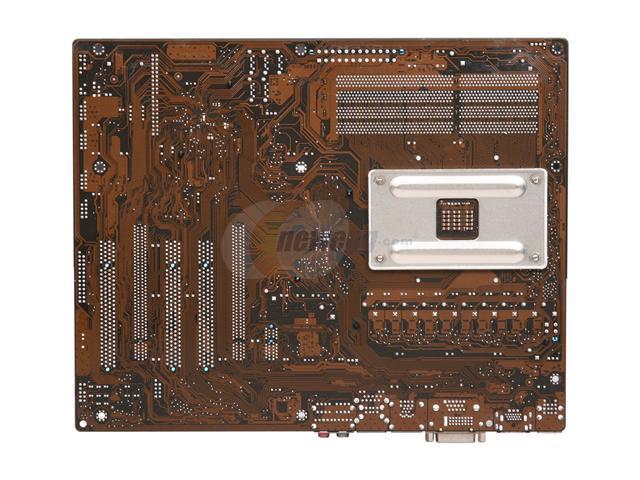 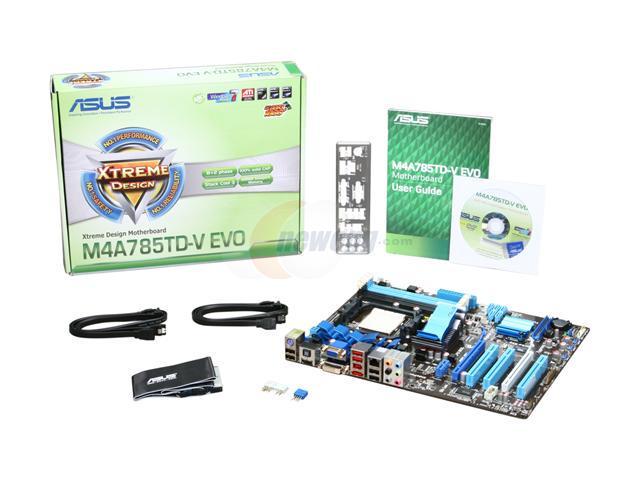 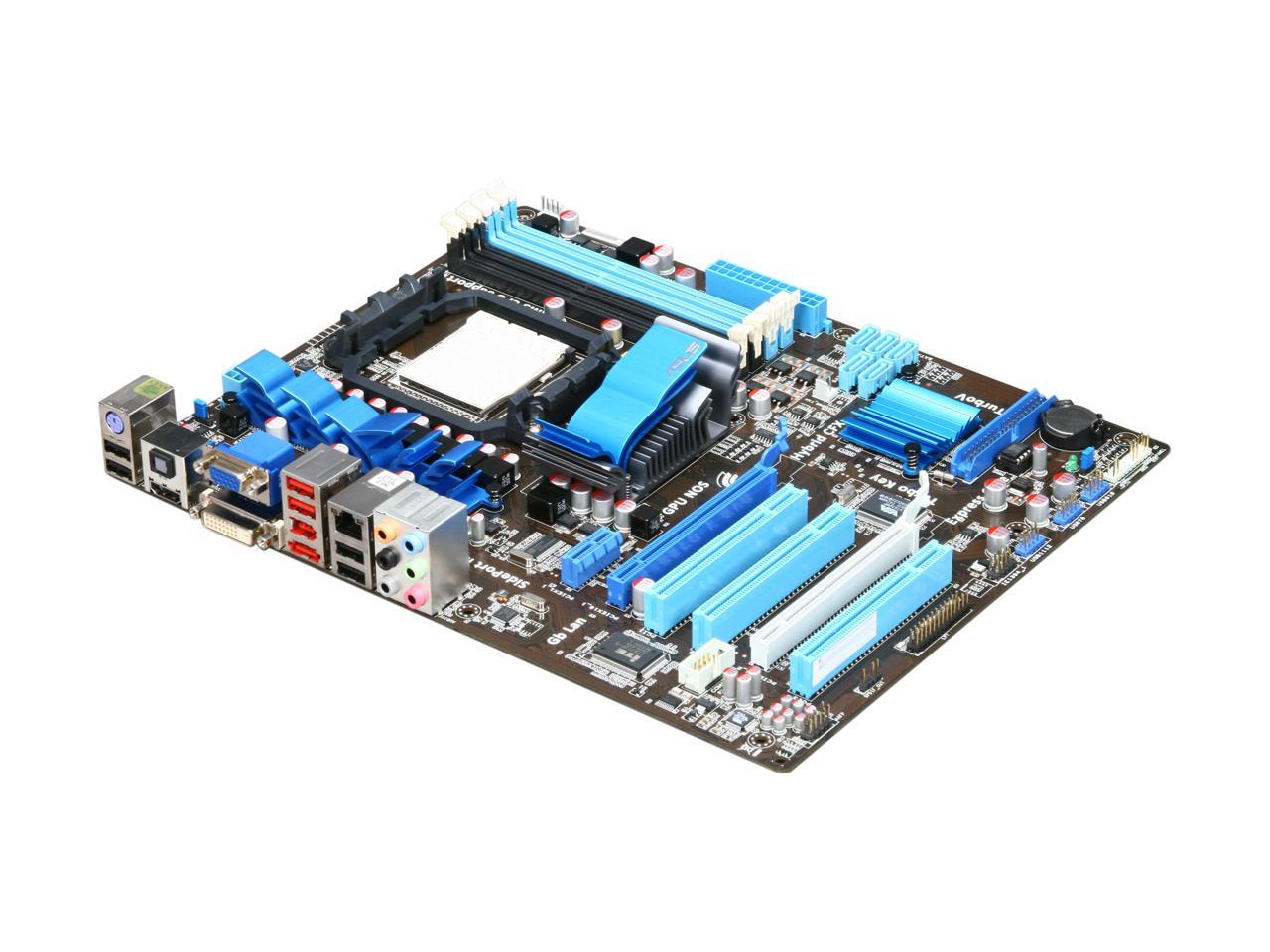 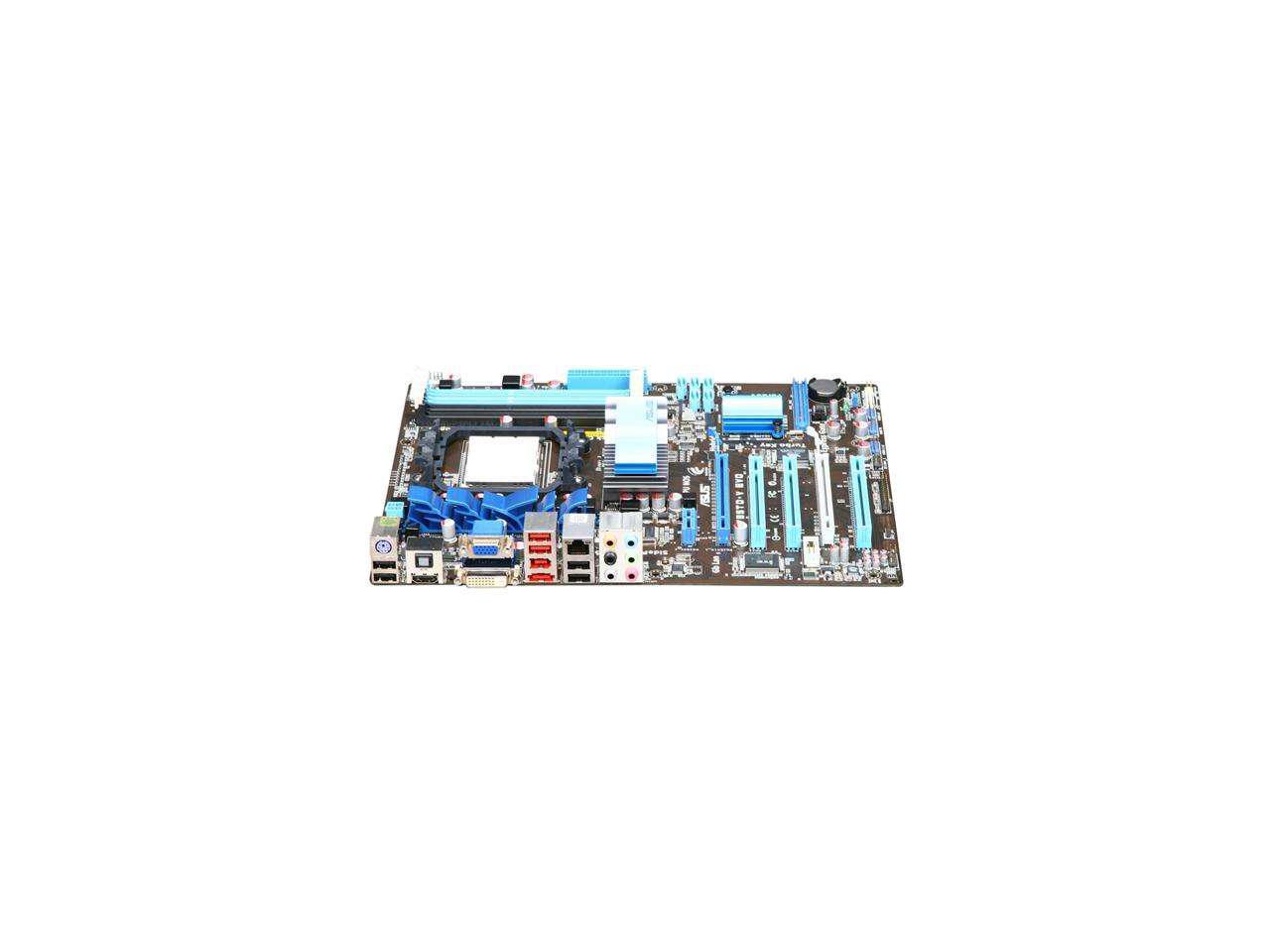 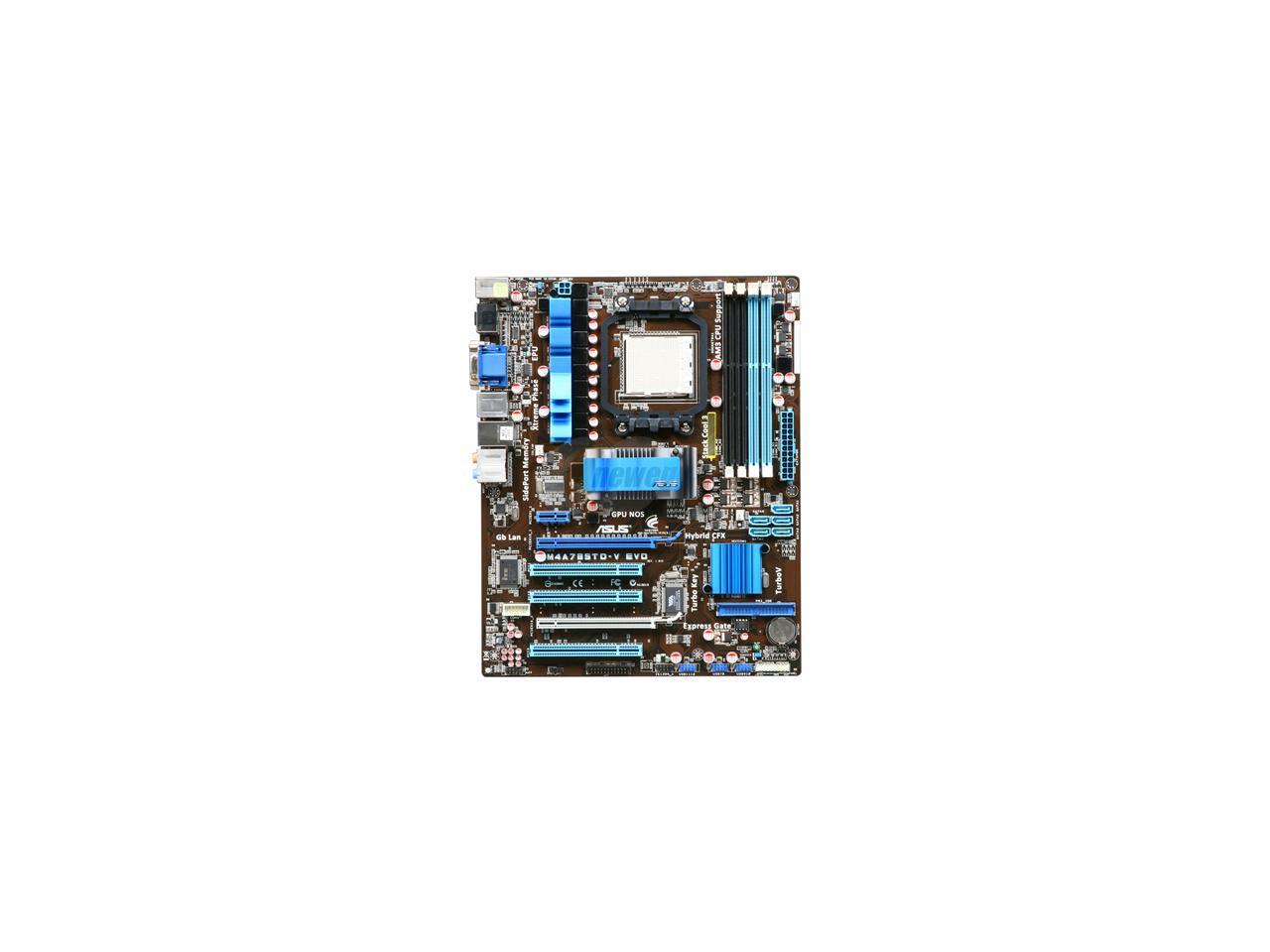 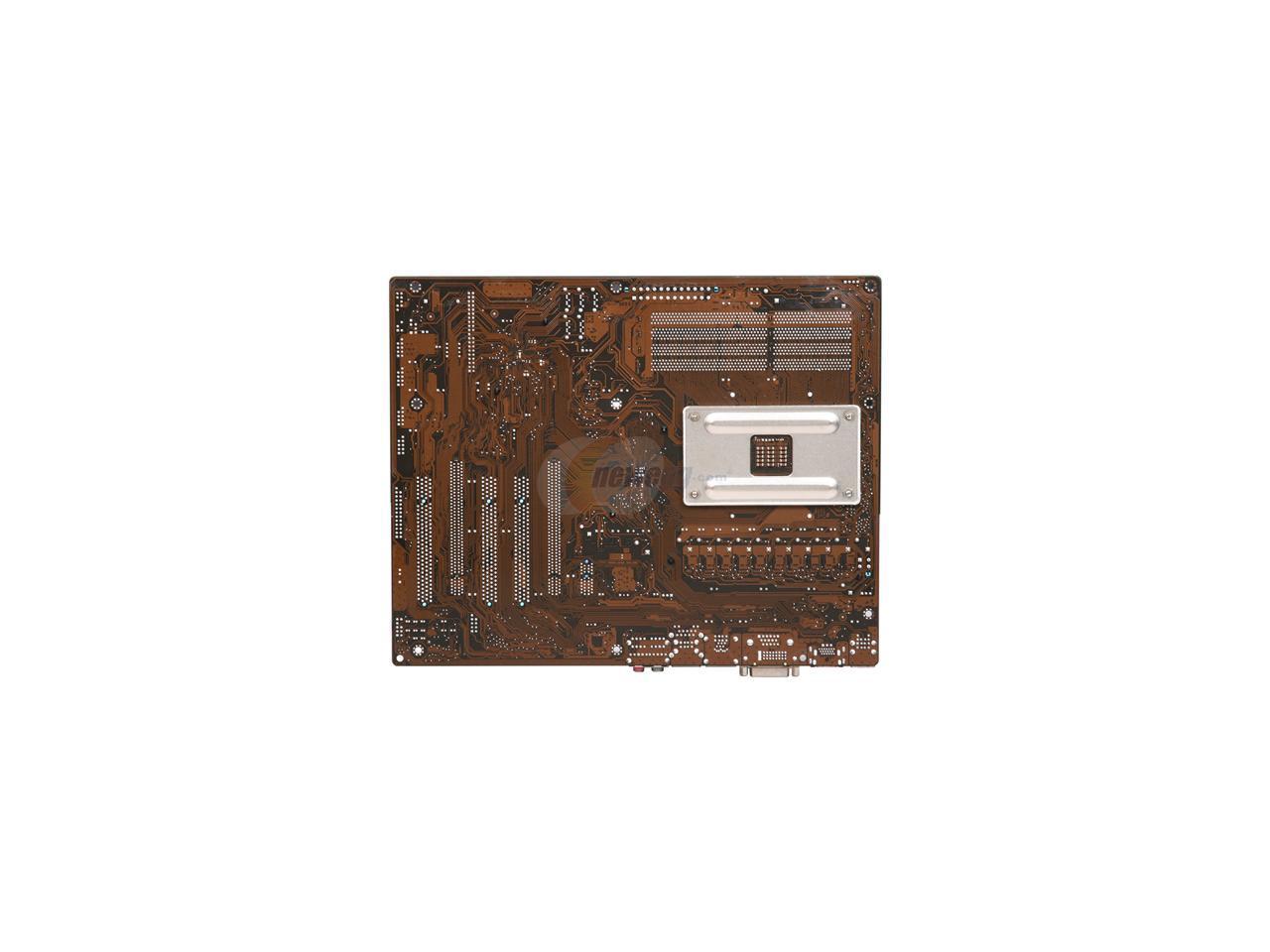 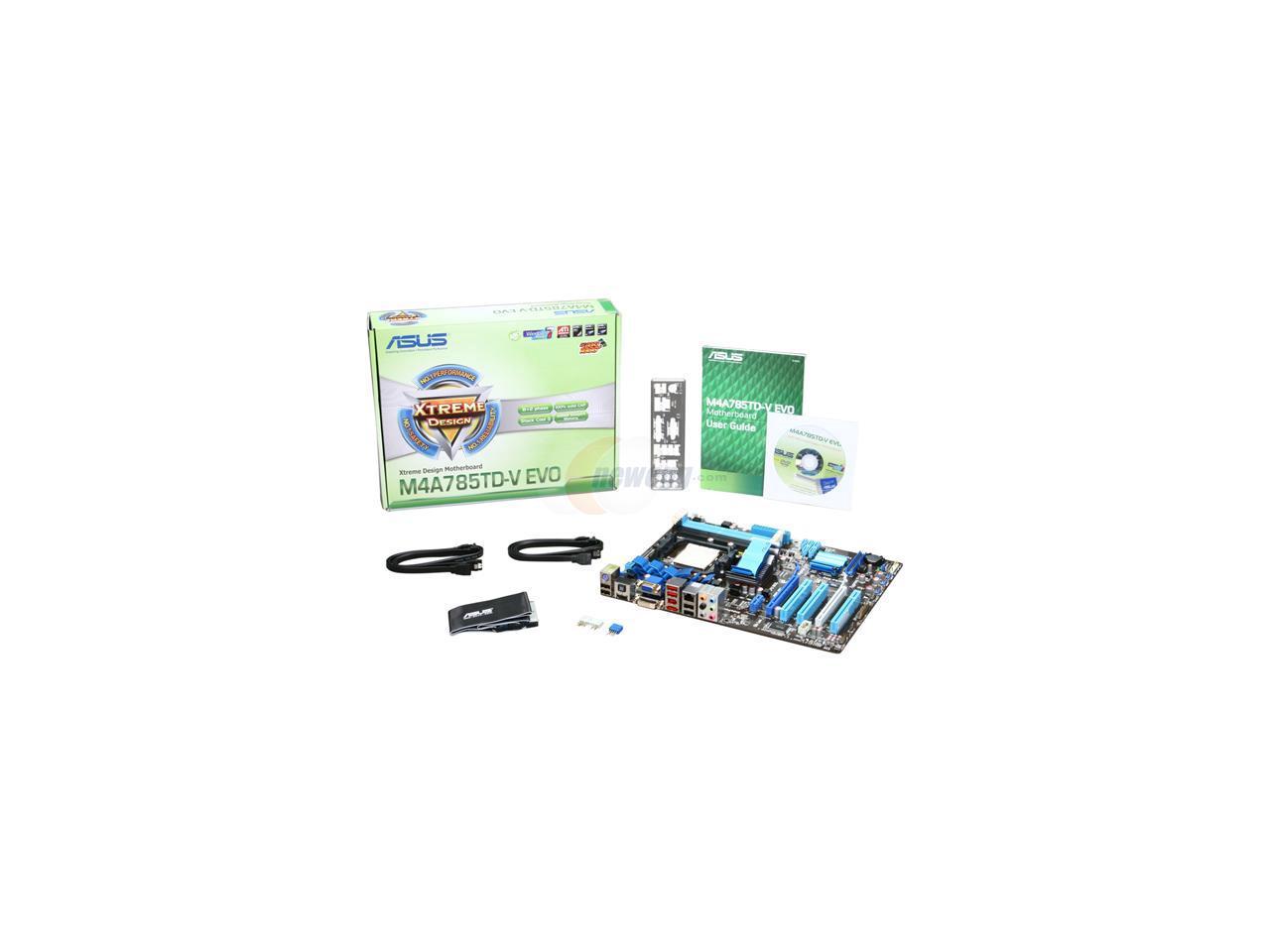 (689) Write a Review
OUT OF STOCK.
Overview
Specs
Reviews
ASUS does it again with the M4A785TD-V EVO motherboard!
Take advantage of the powerful multi-core AMD Phenom II and Athlon II processors with this board's AM3 socket. You'll also have access to the most powerful and fastest video processing around when you install a discrete ATI video card that will work in conjunction with the onboard GPU for a unique Hybrid CrossFireX configuration. You'll also appreciate the HyperTransport 3.0 technology, which radically improves overall system efficiency.
ASUS is an industry leader known for making innovative and reliable motherboards. Bring home the experience and craftsmanship and build your next system in confidence today!

Pros: -AM3, and its higher DDR3 memory bandwidth; can support DDR3-1600 by multiplier; any higher requires FSB changes. -Low power usage. My system measures 83w idle/ 195w load with an old passive PFC Antec power supply rated at a peak 68% efficiency. -PCI slots for those with older cards to use. -Onboard sound works well, and can automatically mute speakers when plugging in headphones to the front audio (in HD Audio FP mode). -steel back plate for heat sink retention, not composite that flexed like some previous-gen asus boards -HD 4200 video processor is fine for any casual use, and some gaming; I do run COD:WAW, albeit 720x480, but very acceptable framerates with no AA/AF and shaders on high; it's fine for older titles, i.e. MDK2 (openGL) will run 1680x1050 and trilinear and push 130 fps, or light-load games such as Osmos and Audiosurf, where performance is indistinguishable from that of a discrete card. -HyperTransport stable at 2600MHz, although it must be manually set (auto is 2

Cons: -Audio chip powers down after a few minutes of non-use; when it powers up, it gives a *pop* through the speakers, but doesn't do it again until after you let the chip power down. -When headphones are plugged/unplugged, a popup noting the jack state comes up that might kick you out of a game or movie. Can't find a way to disable this. -Don't expect to be satisfied with the onboard video if you can't tolerate original Wolfenstein-level pixellation in 3D. Most SM 3.0 titles become a slideshow at 1024x768. -For some reason, I get about a 50% 3D performance boost by DISABLING the SidePort buffer and devoting 256MB out of my system memory. The margin was still there with both system and sideport memory at DDR3-1333. However the memory hit lowers some synthetic benchmark scores, i.e. IBT falling from 35.4 GFlop to 33.4 GFlop. -Does NOT allow memory a 2T command rate in BIOS settings, and although it wound up not bothering me, many are not so lucky.

Overall Review: -Memory: I purchased g.skill DDR3-1600 2x1GB memory and ran into trouble at any speeds over 1333MHz due to the 1T command rate. Manually setting to its rated timings of 9-9-9-24, bumping RAM voltage to 1.6v, and disabling the CPU's C1E enhanced halt state (important! this cured it) allowed complete stability at the 1T command rate. CnQ can still be used and works well. -Memory bandwidth goes up a small amount using the blue slots, if only two sticks are installed. -Asus Q-fan works fairly well, although the selectable temperature settings in the BIOS have zero effect on the fan's speed for some reason. -Survived my stability tests, including IntelBurnTest (40 cycles), prime95, memtest86+ (9 hours). System built and tested with PhenomII 955 BE (rev. RB-C2); only overclock is the HT freq, only overvolt is the RAM. Major benchmarks: PCMark05: 6933 3DMark05: 3932 3DMark06: 1884 Geekbench: 6090 overall, 3159 memory perf, 2604 mem bandwidth Everest: 9983MB/s RAM read rate,

Cons: X16 PCIe slot with a long VGA card make the SATA ports a **** to mess with once installed. Manual misprinted. Manual shows alternating DIMM slots for dual channel RAM. I had to pair RAM next to each other for dual channel.

Overall Review: Overall very happy with this board... especially for <$100. I love it/ -1 egg for manual's memory confusion and the poor SATA/PCIe placement.

Cons: Motherboard power LED connector is 3 pin vs 2 pin for my case. Must rely on Driver DVD for drivers due to newness of board (Catalyst 9.7 does not support this motherboard). Q-fan only works for CPU fan header.

Overall Review: As a long time hardware enthusiast I only consider motherboards manufactured by Asus or Intel.

Pros: Built 2 duplicate gaming machines, 1 for me and 1 for my son so really had to stay on a budget. This Mother did NOT disappoint in anyway. Runs fast and smooth with Athlon IIX4 630 Propus 2.8GHz, AM3 and Corair XMS4 4GB 240-pin DDR3's. First computer upgrade in 8 yrs and my 15yr old son (who games with me) still can't wipe the grin off & tells me how much he loves his computer! Even gives me the occasional "man hug" lol. The price from New Egg on all the parts made it possible.

Pros: Tech Support: They actually answer the phone and provide support over the phone, BUT they are very terse in their responses. Nice set of features on this MB for the price. 785 chipset allows you to unlock AMD cores (ACC).

Cons: The BIOS Lacks the ability to set COMMAND RATE (CR) to 1T or 2T. It defaults to 1T. This makes it VERY difficult and hit-or-miss to find memory that will run @ 1600Mhz. Users have asked for it in the Forums and from Tech Support but nothing so far in several new versions of BIOS. BIOS does not have the option to save and load multiple profiles. Tech support techs are terse in their answers both online and via phone

Overall Review: The CR setting is a basic memory setting that is on every other DDR2 and DDR3 memory board I own. Why ASUS will not write a BIOS for this board that allows us to set it is beyond me. Many other owners over at the ASUS support Forum for this board express the same dismay. We even started a petition thread but so far nada! I'm much happier with the BIOSTAR AM3 boards I recently bought.

Pros: This board replaced my older ASUS M2N-SLI Deluxe. This M4A785TD-V EVO worked so perfectly and stable right out of the box that i hesitate to update the bios just yet. Asus tools included on the install cd make overclocking painless. This board is so beautiful to look at..it makes me wish i had a transparent case:-) Running Win 7 Ultimate 64 with nary a hiccup...yet

Cons: The cpu fan power socket could have been a bit closer to the cpu, it took a little stretching to get it plugged in. Other than that i'm very happy so far.

Pros: Feature rich Bios. Very good deal for the $$$. Worked right out of the box without a single hitch that I did not know about ( see other thoughts )

Cons: It does not make coffee.

Overall Review: I ordered DDR3 1600 with this and it will not see it as 1600. I knew about this going in and knew it was going to take some manual settings to get it right so I did not knock off an egg. Asus has always done good by me on all the products I have owned. Just be warned if you order this board with DDR3 1600 that you will have to do some work to get it running at 1600.

Pros: Excellent board for the money no doubt. Everything you need and then some. Capabilities surpass the average gamer.

Overall Review: I run windows 7 64bit using this board and tried to install XP 32bit on a different drive and all hell broke loose. I ran into several issues at once that appeared to be one main big issue. Turns out I was late on a few bios updates that were causing the installation to reboot at will. Plus, this board doesn't support multiple bootable hard drives. My past boards would so I never thought about it. I called Asus and they set me straight and now I know. The people that are getting upset simply have not gone down the most obvious first step which is calling Asus. They are answering support calls till midnight pacific time. How can you not have a chance to call? Simple fix was downloading the latest bios from a diff pc and flashing using the flash utility in bios. Easy... The board is setup to be configured rather than setup to be ready to use. Asus support told me the board expects you to configure the CPU, Memory, etc. before use. I'm used to using the board and configuring later.