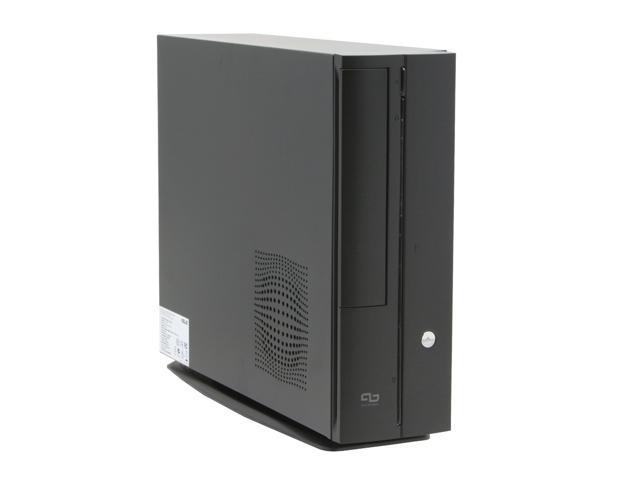 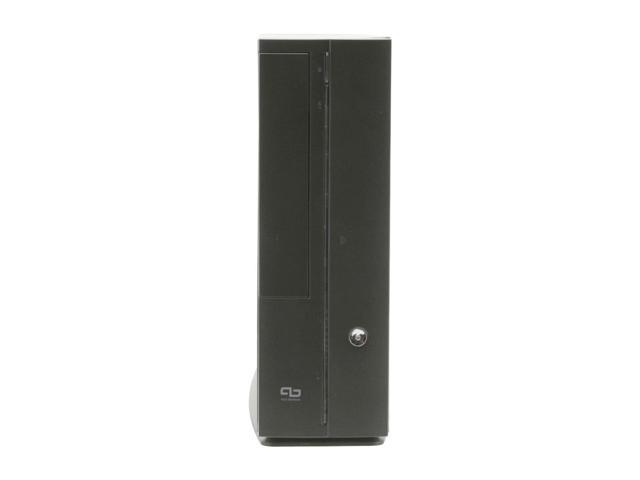 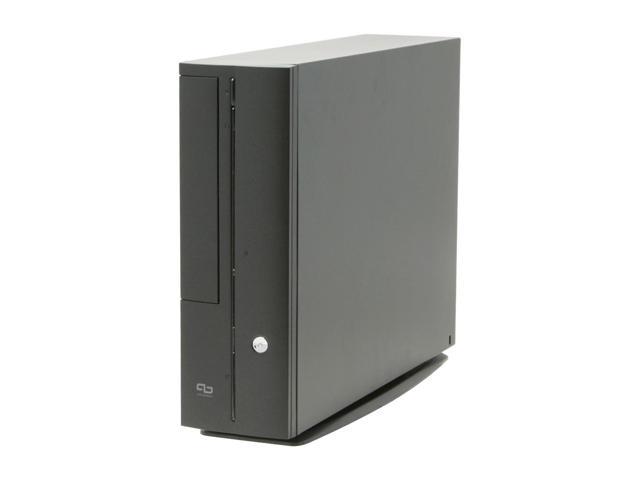 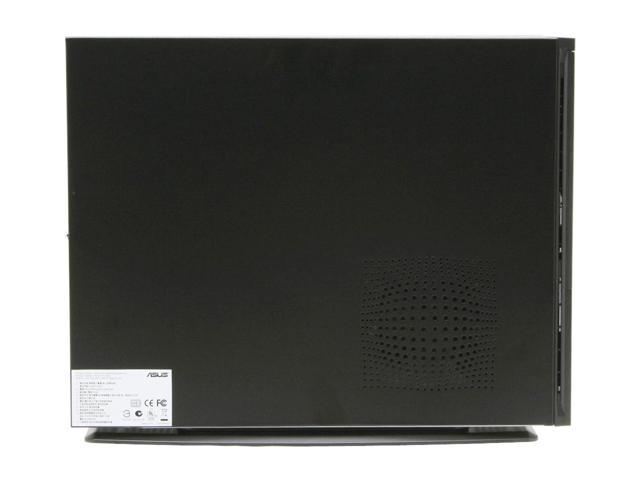 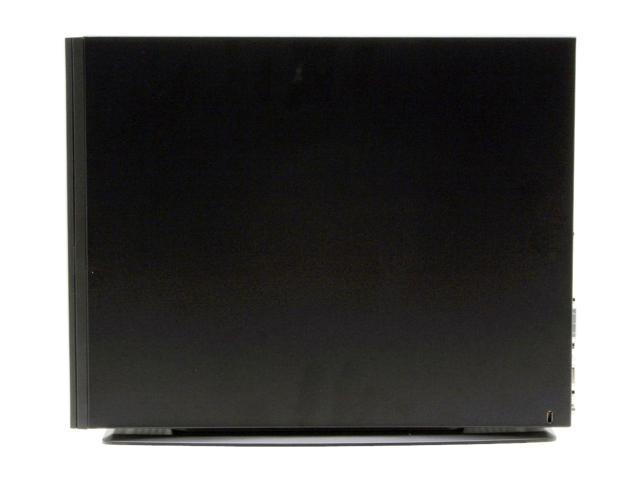 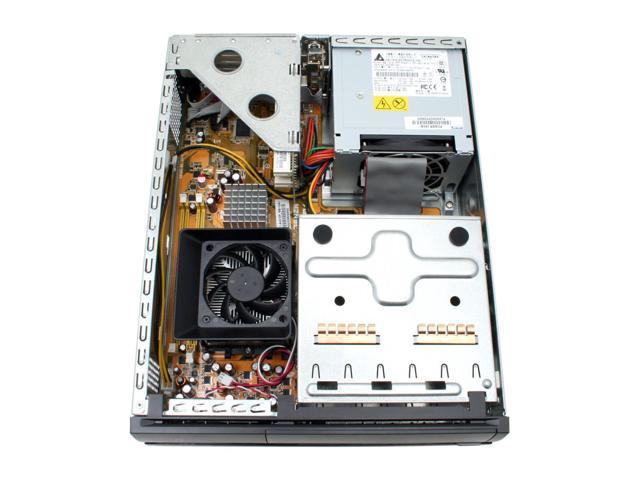 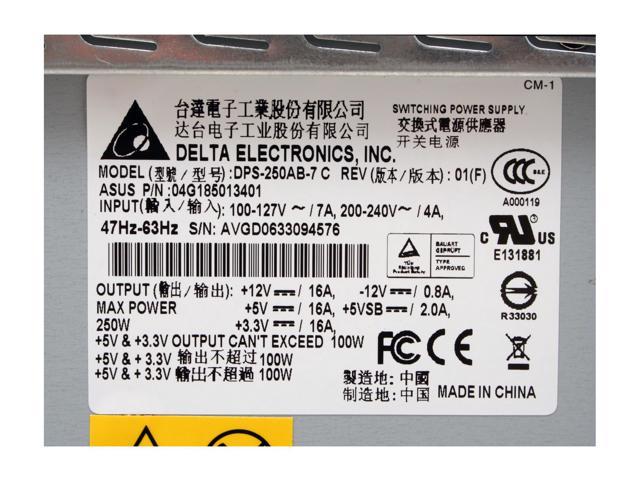 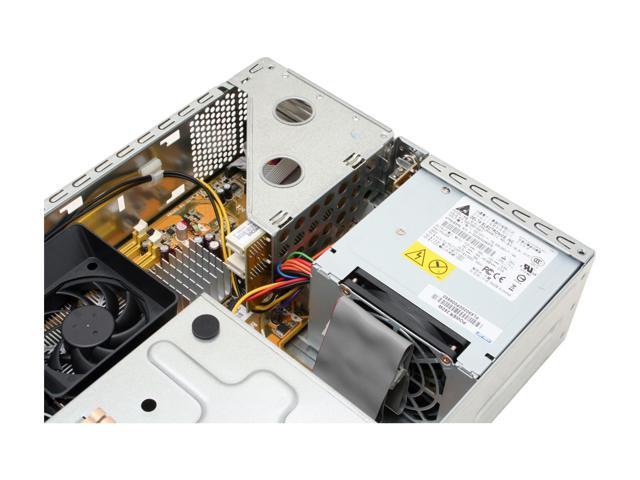 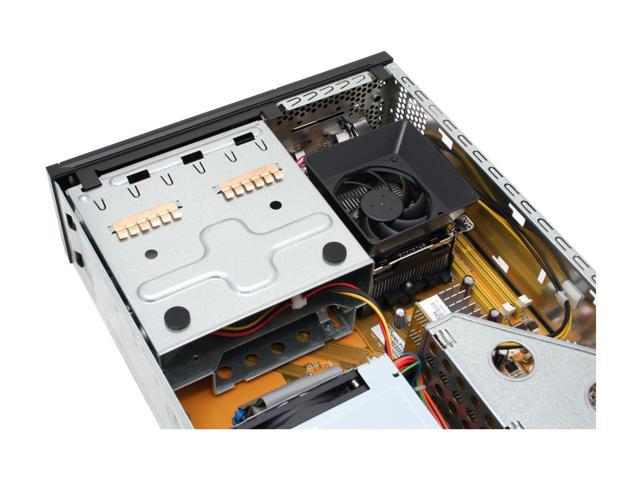 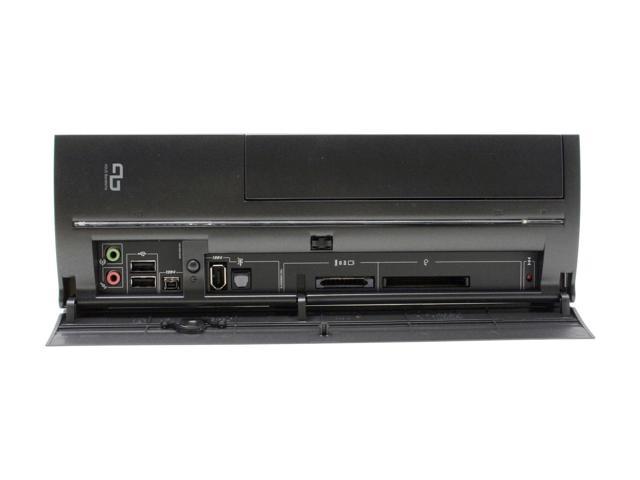 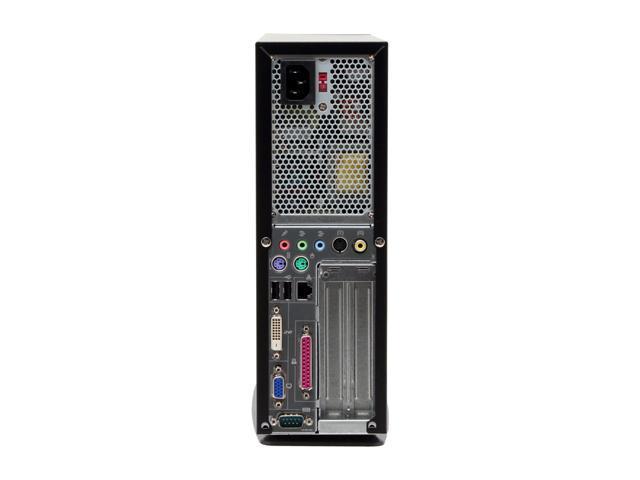 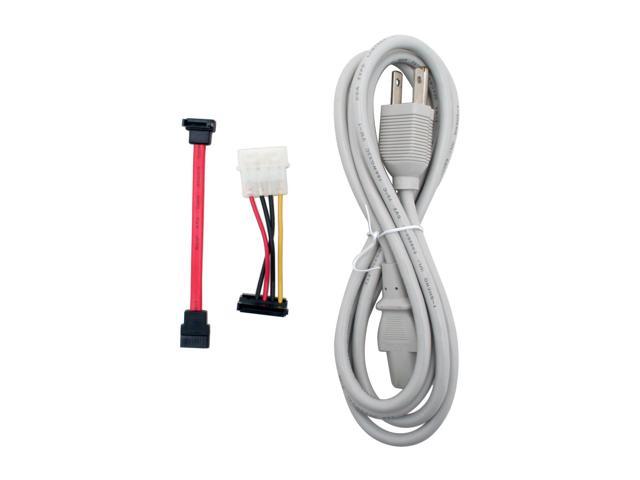 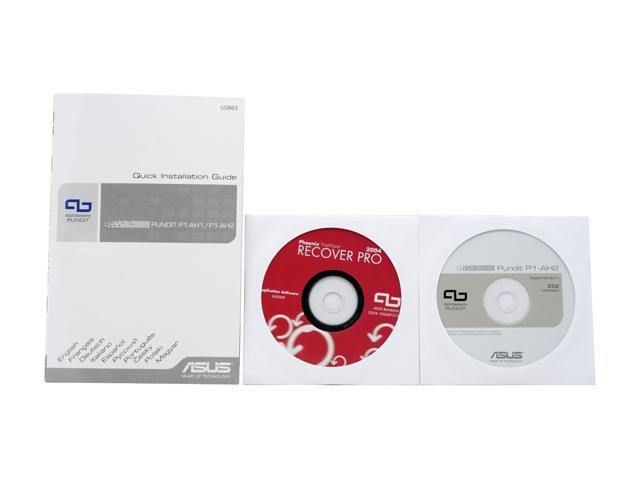 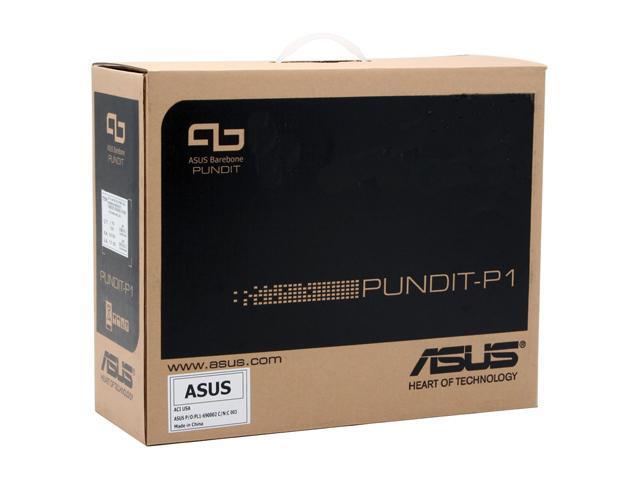 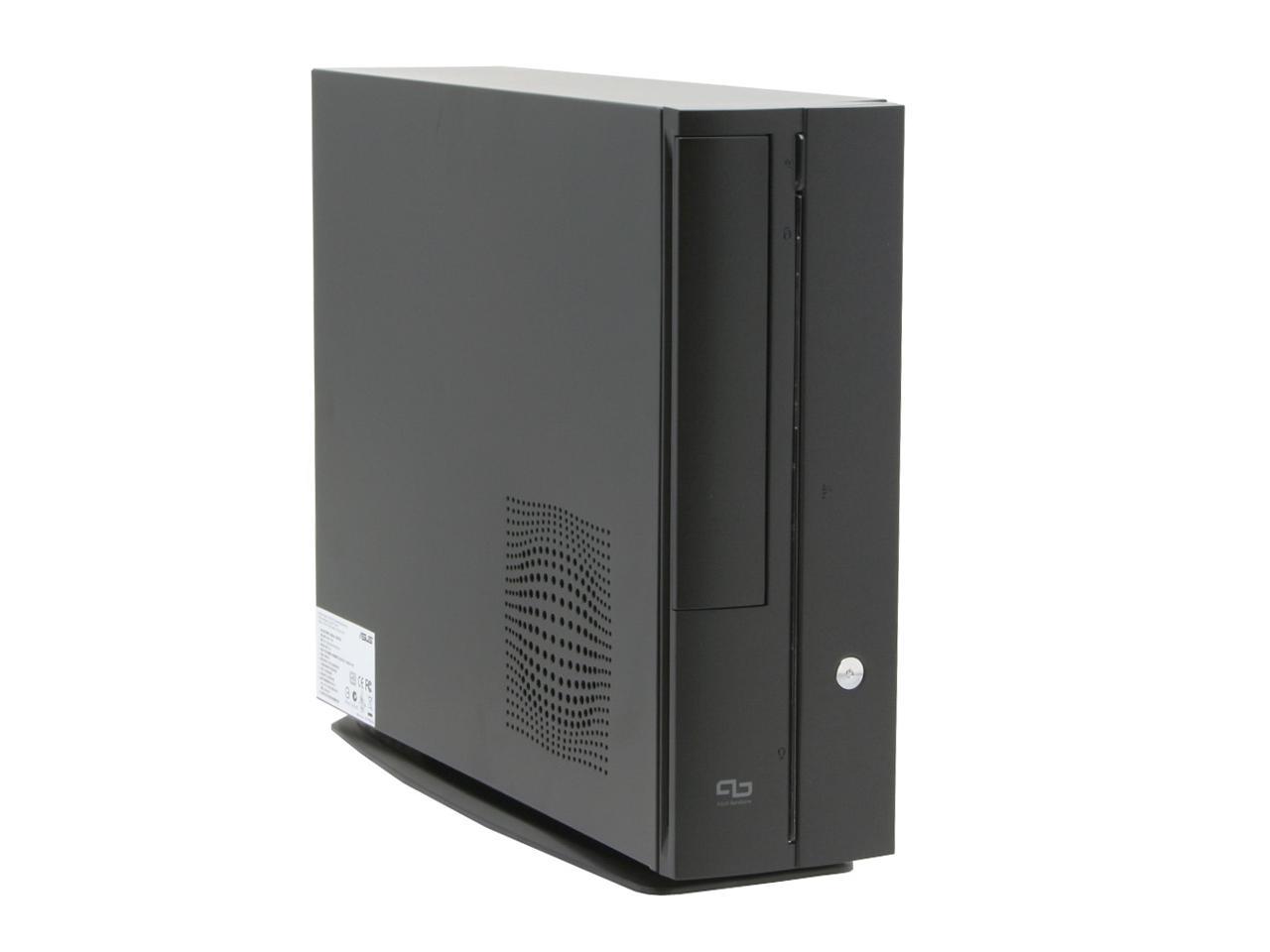 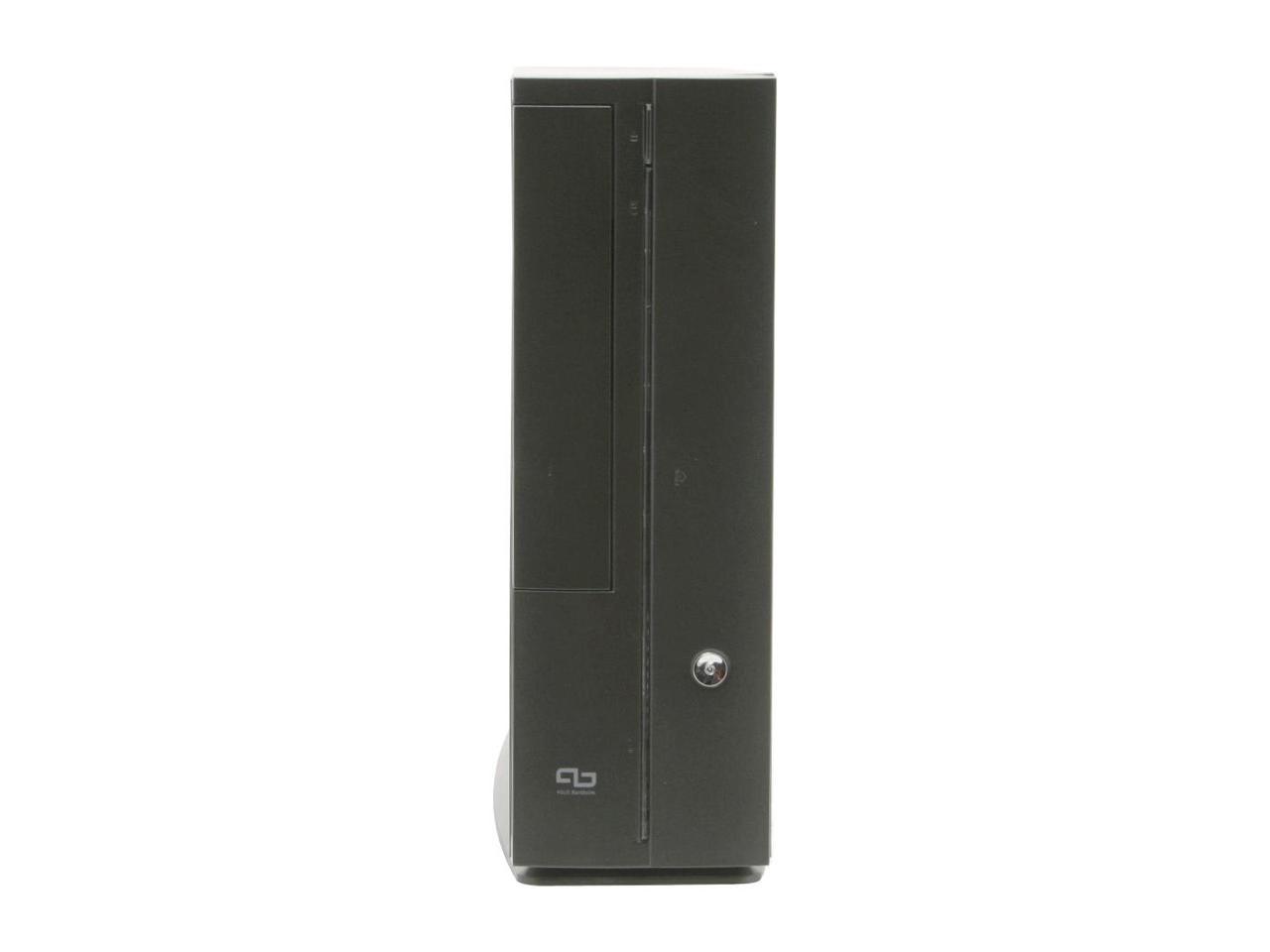 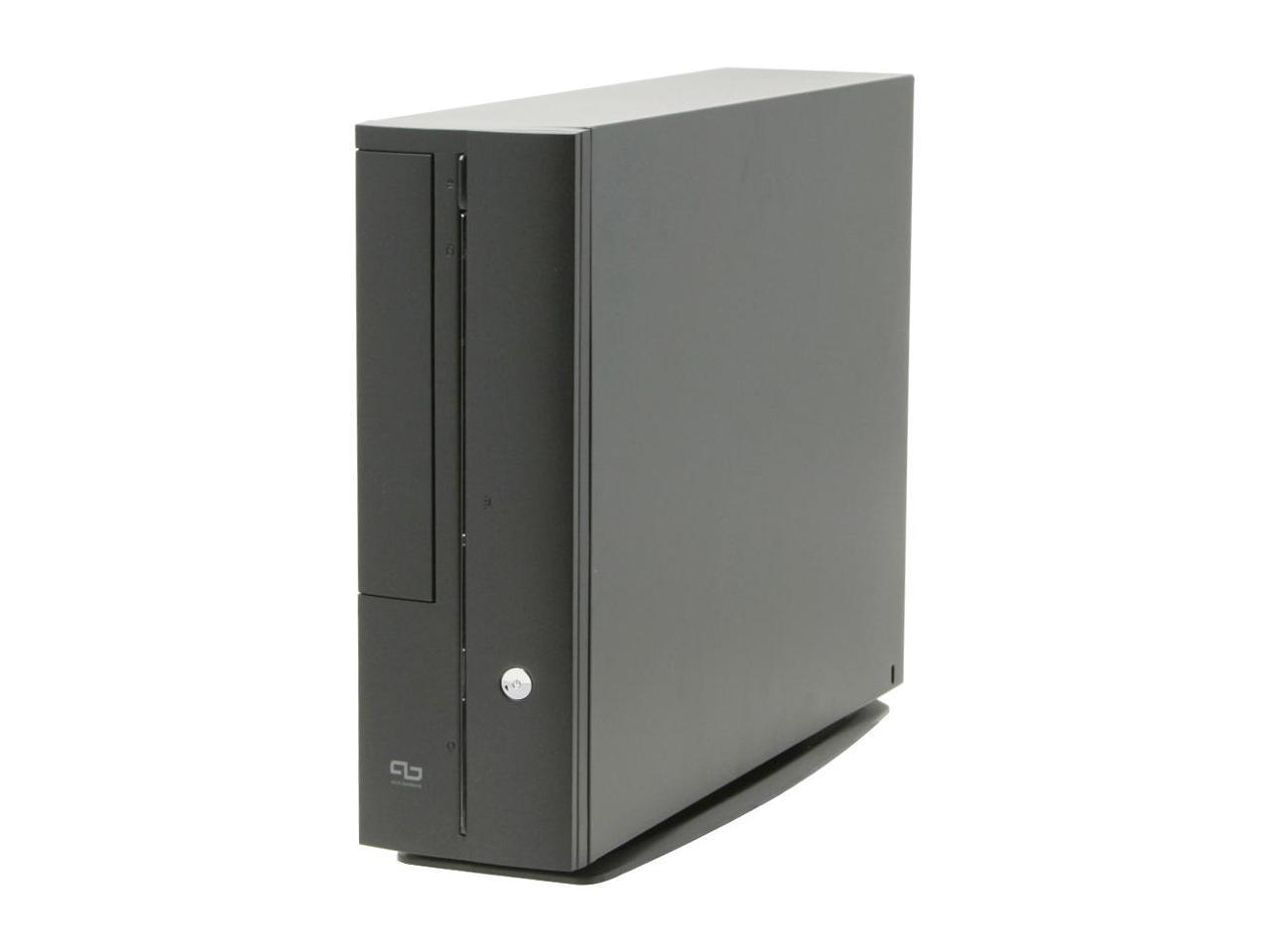 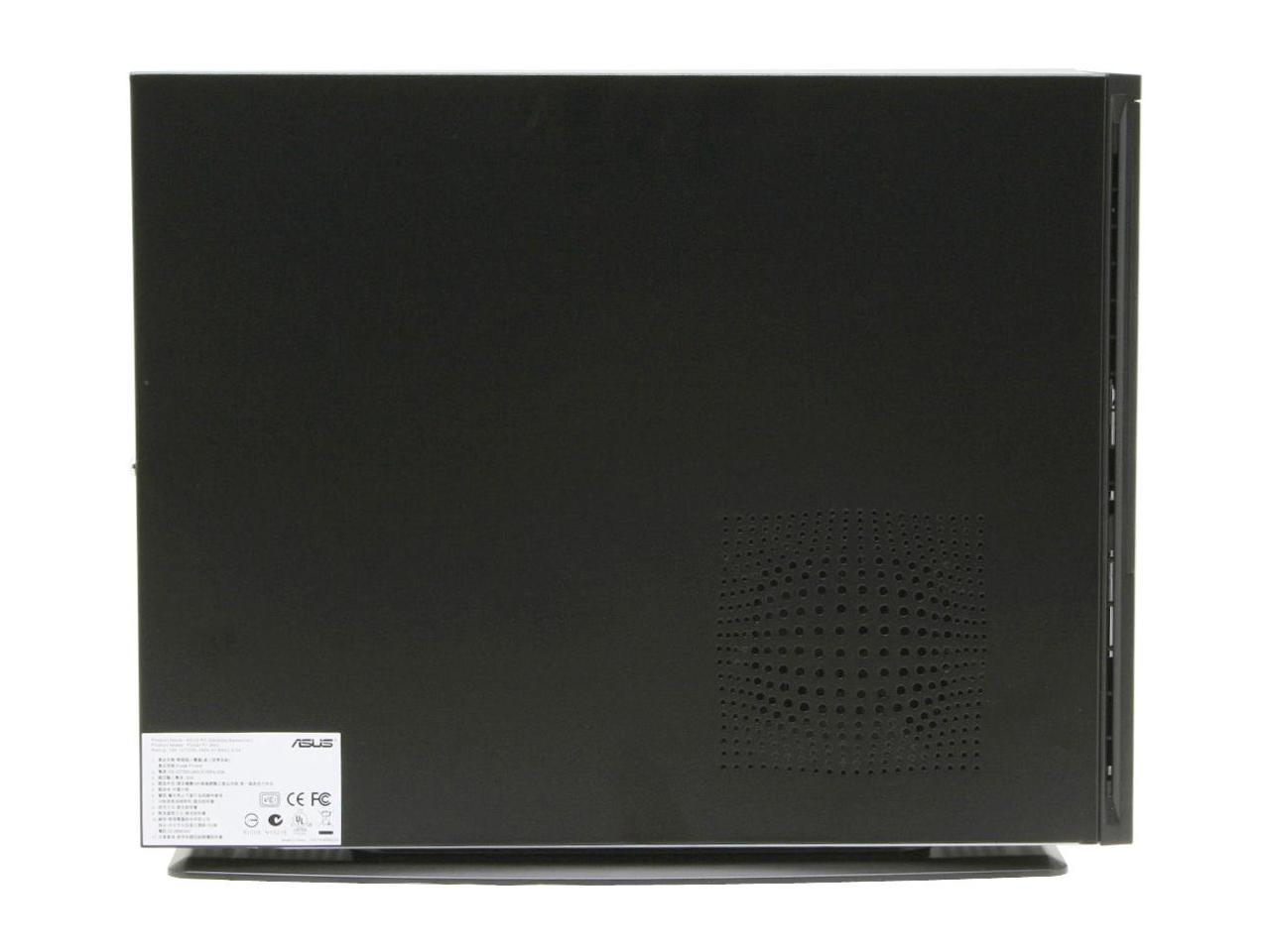 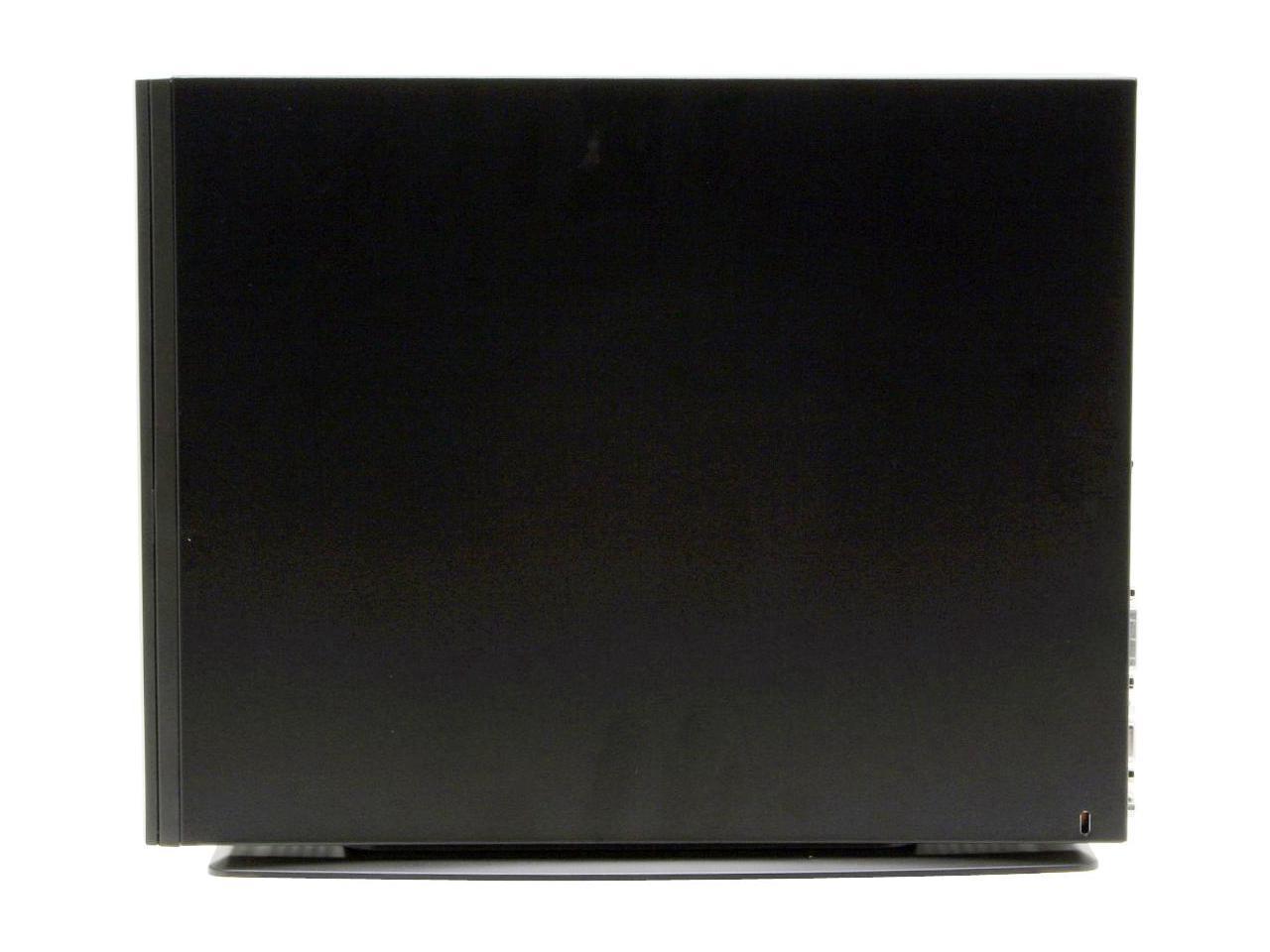 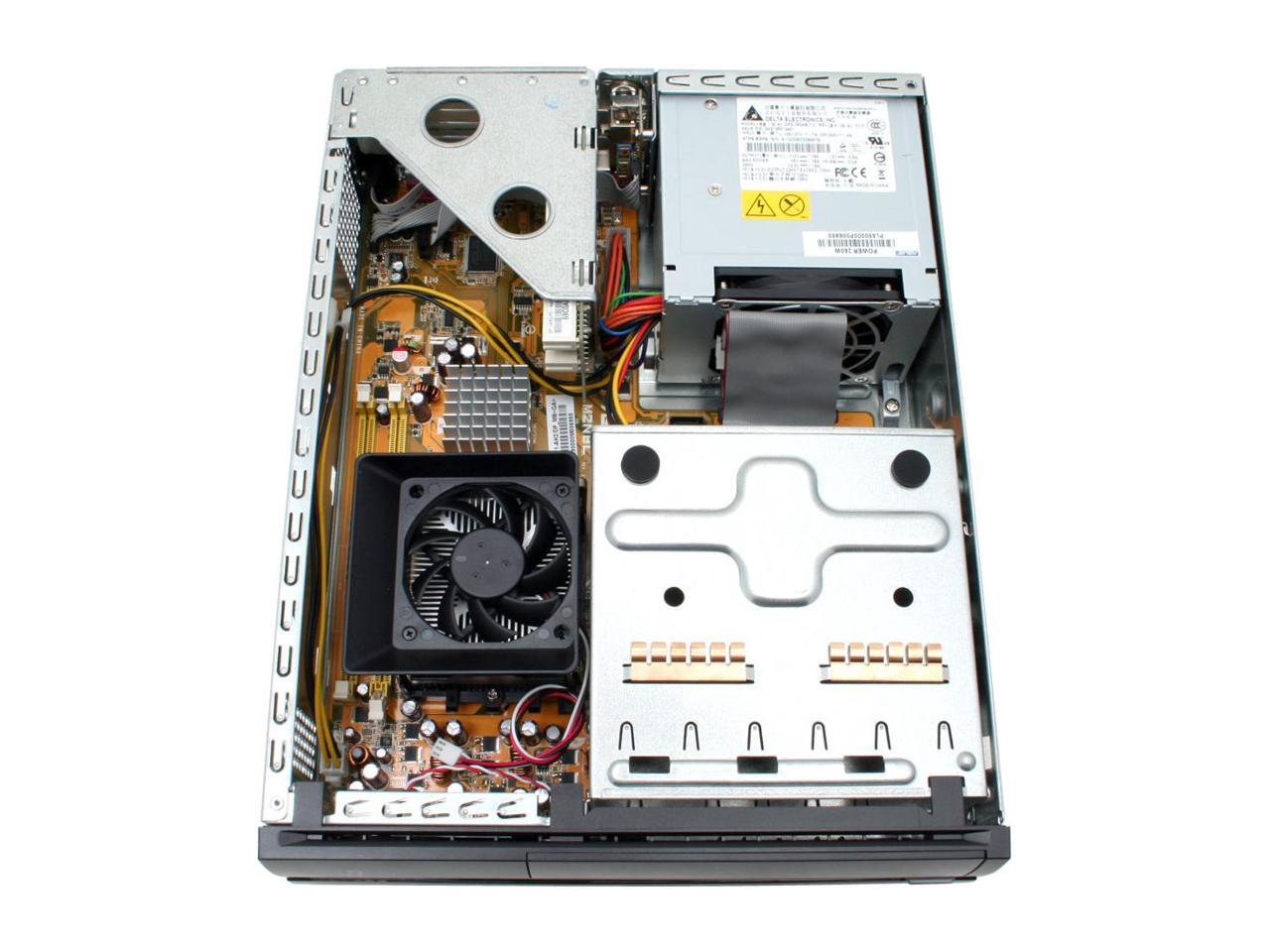 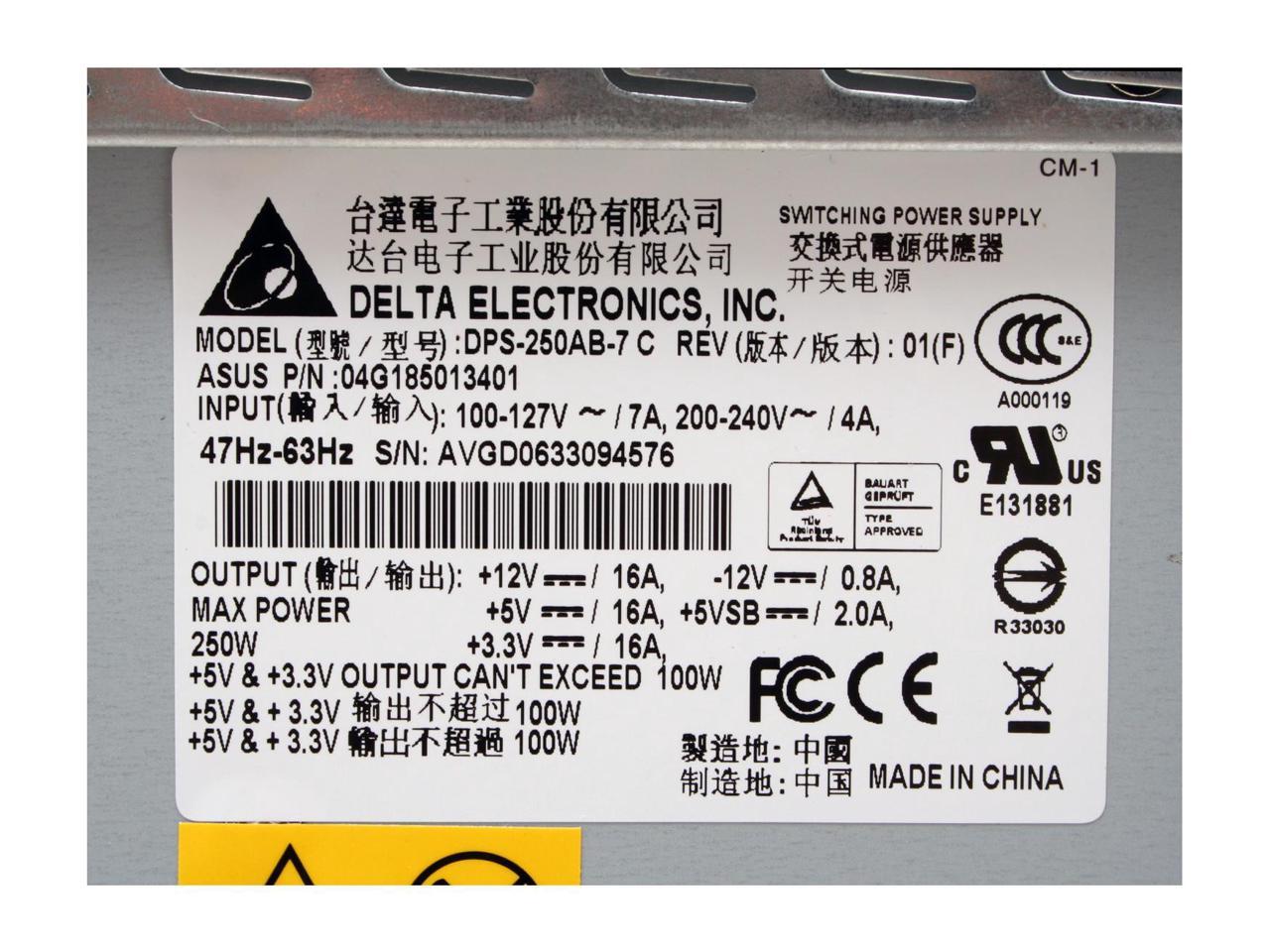 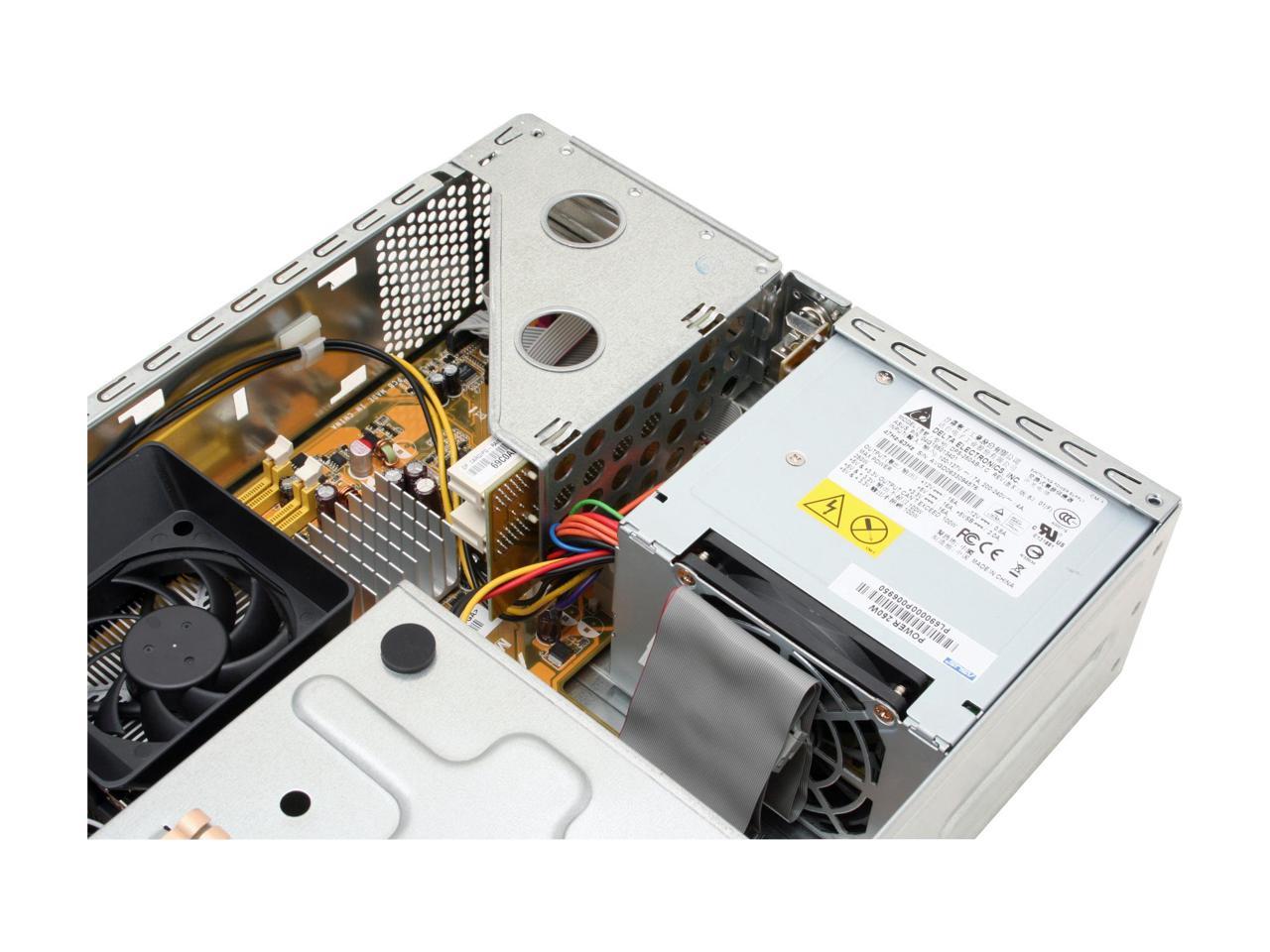 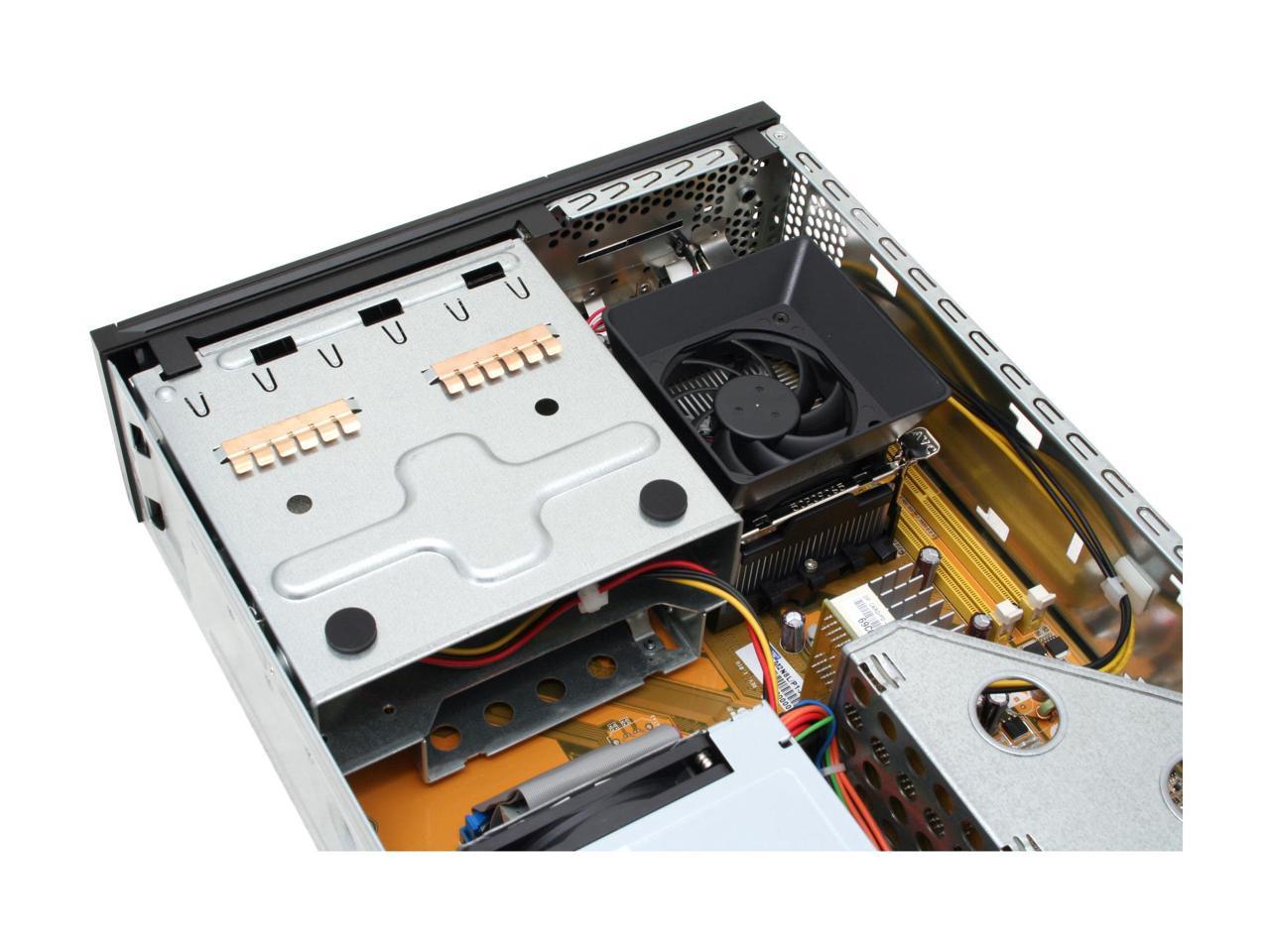 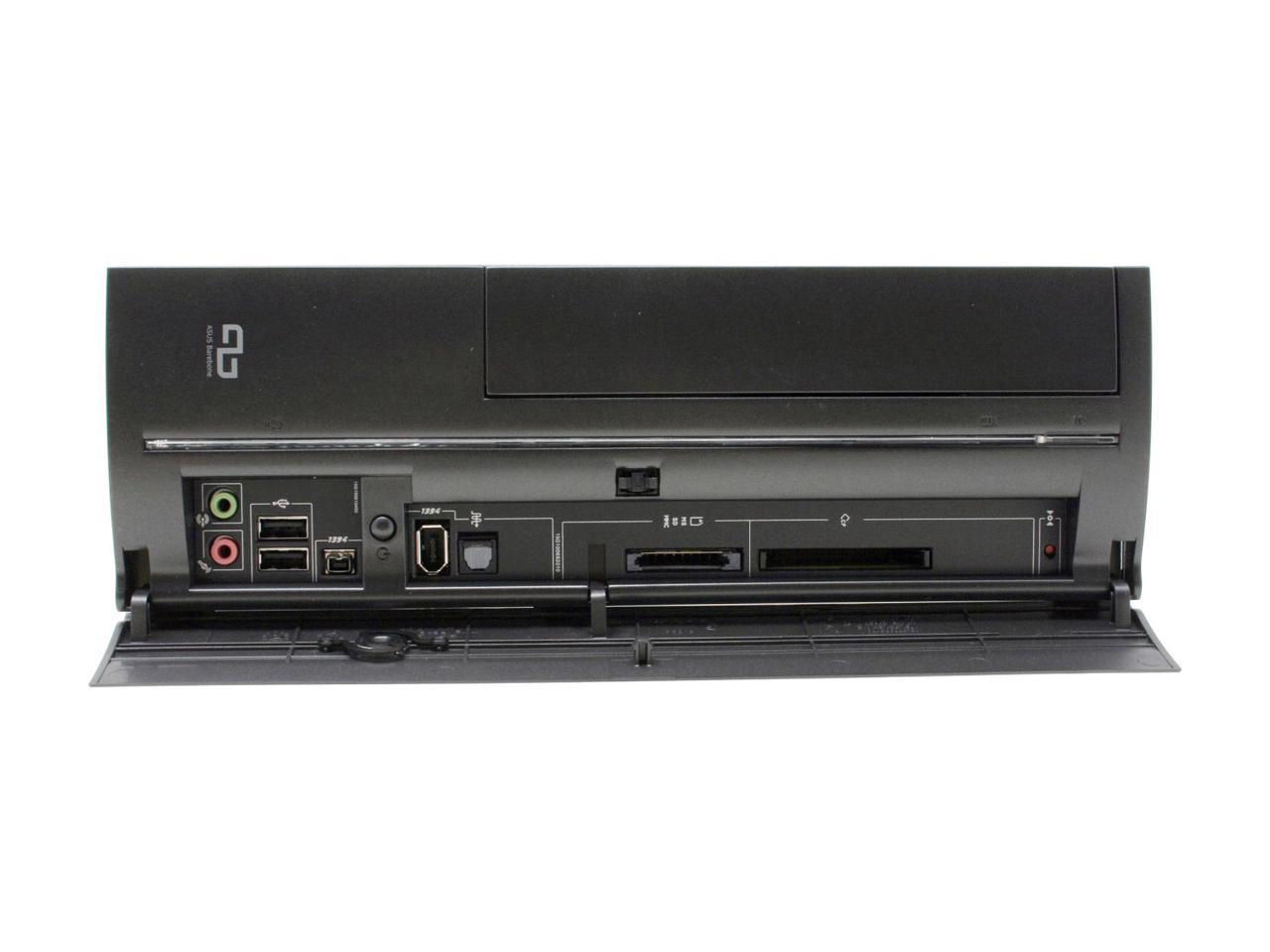 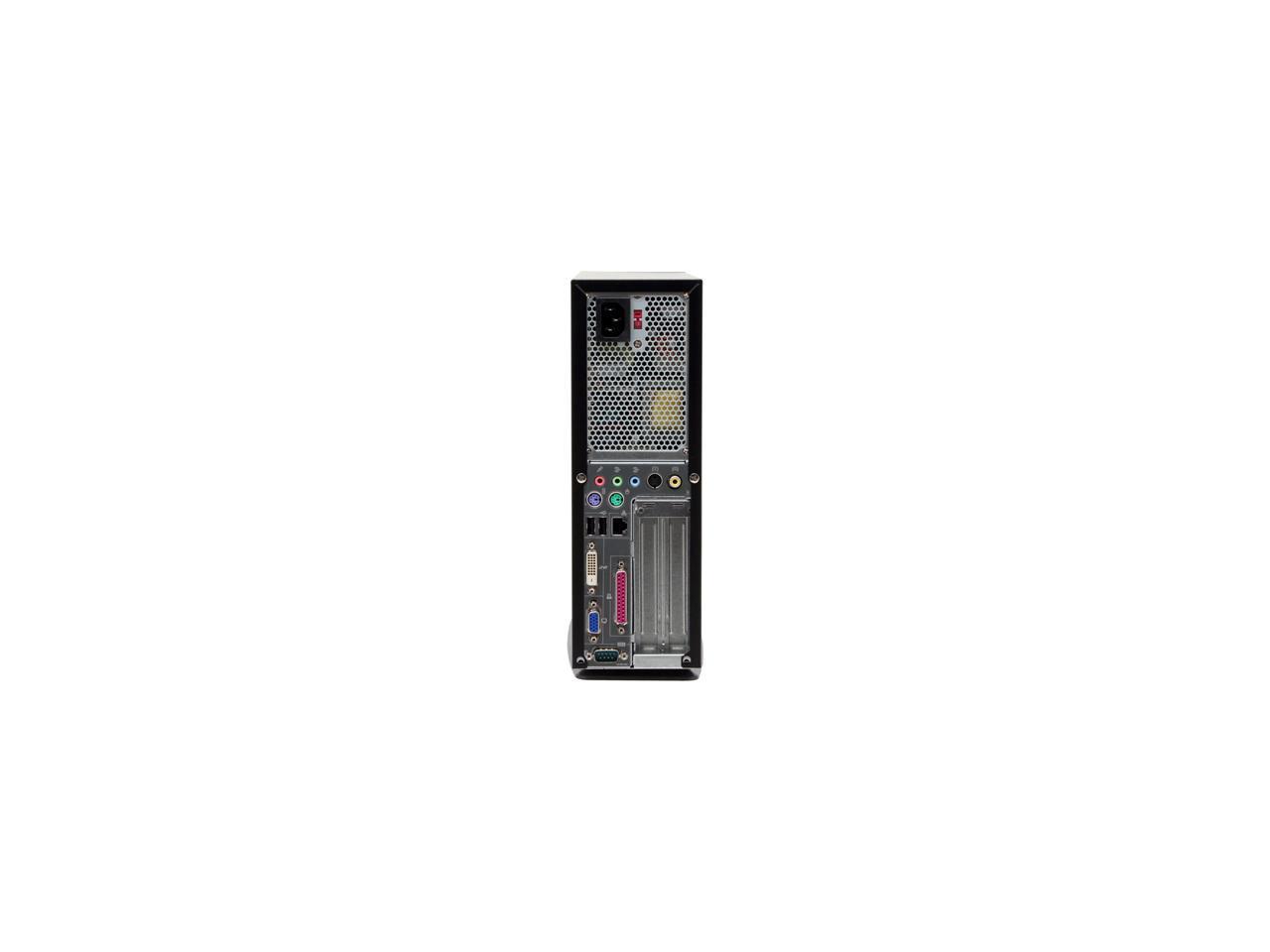 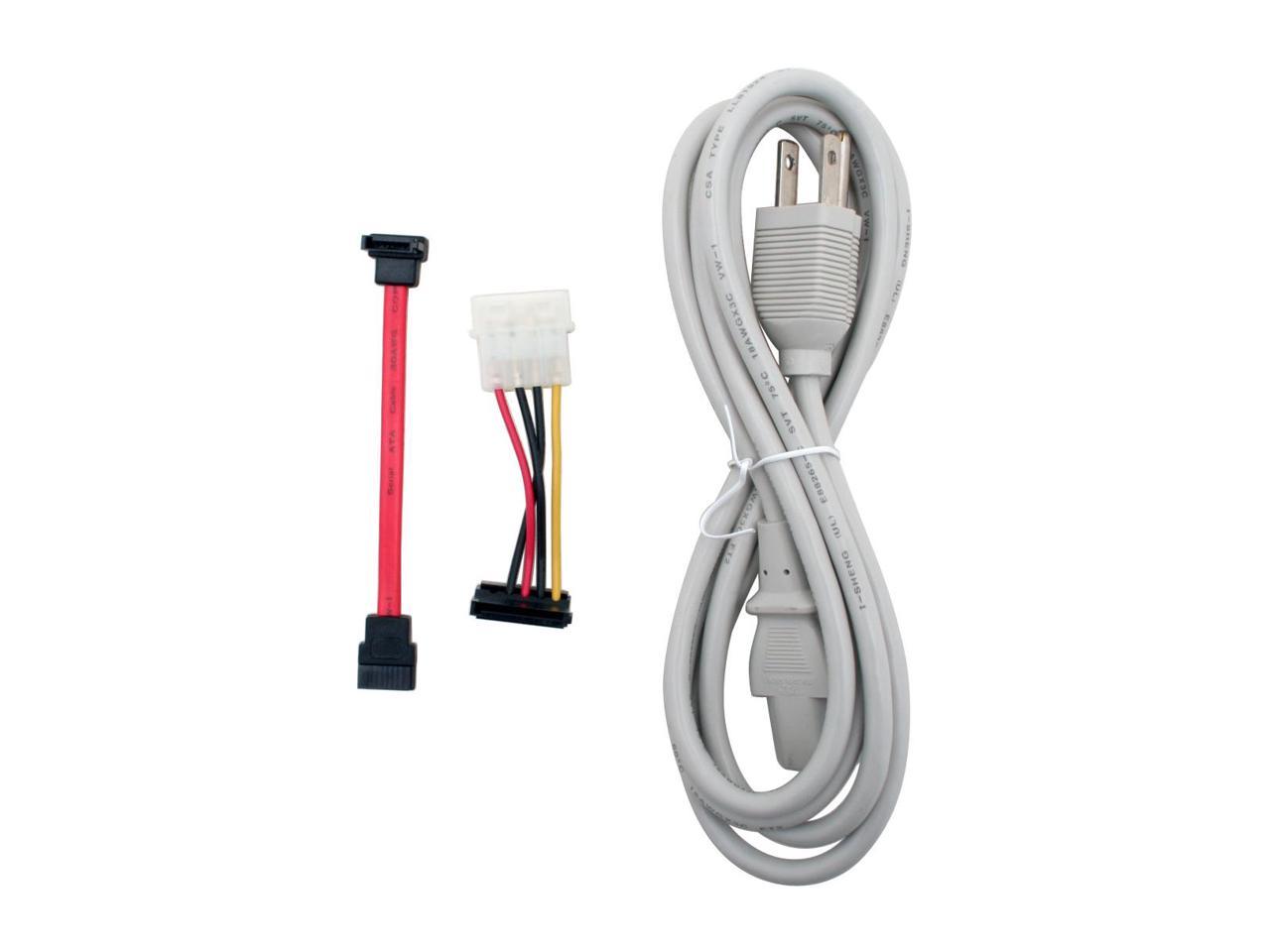 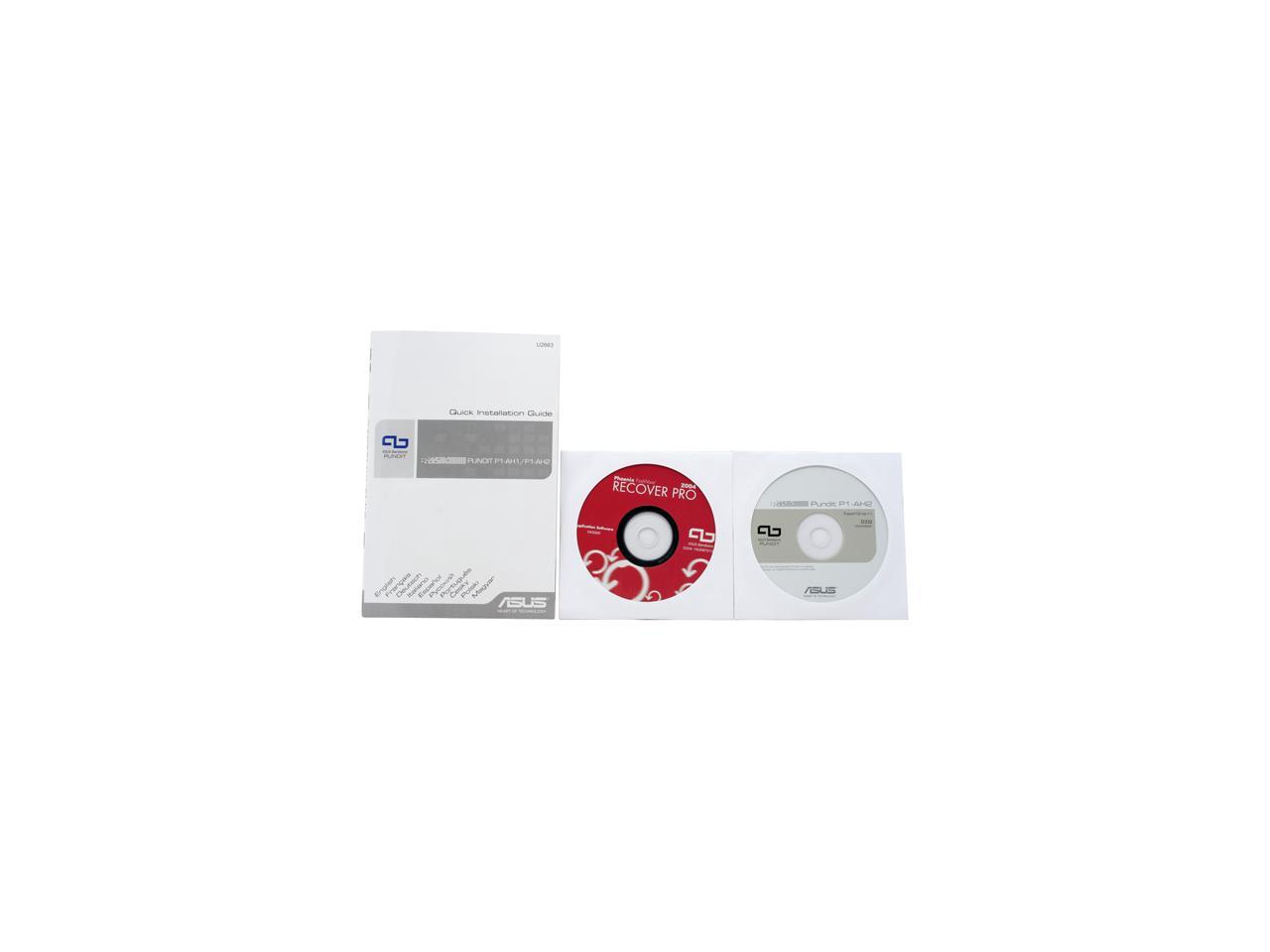 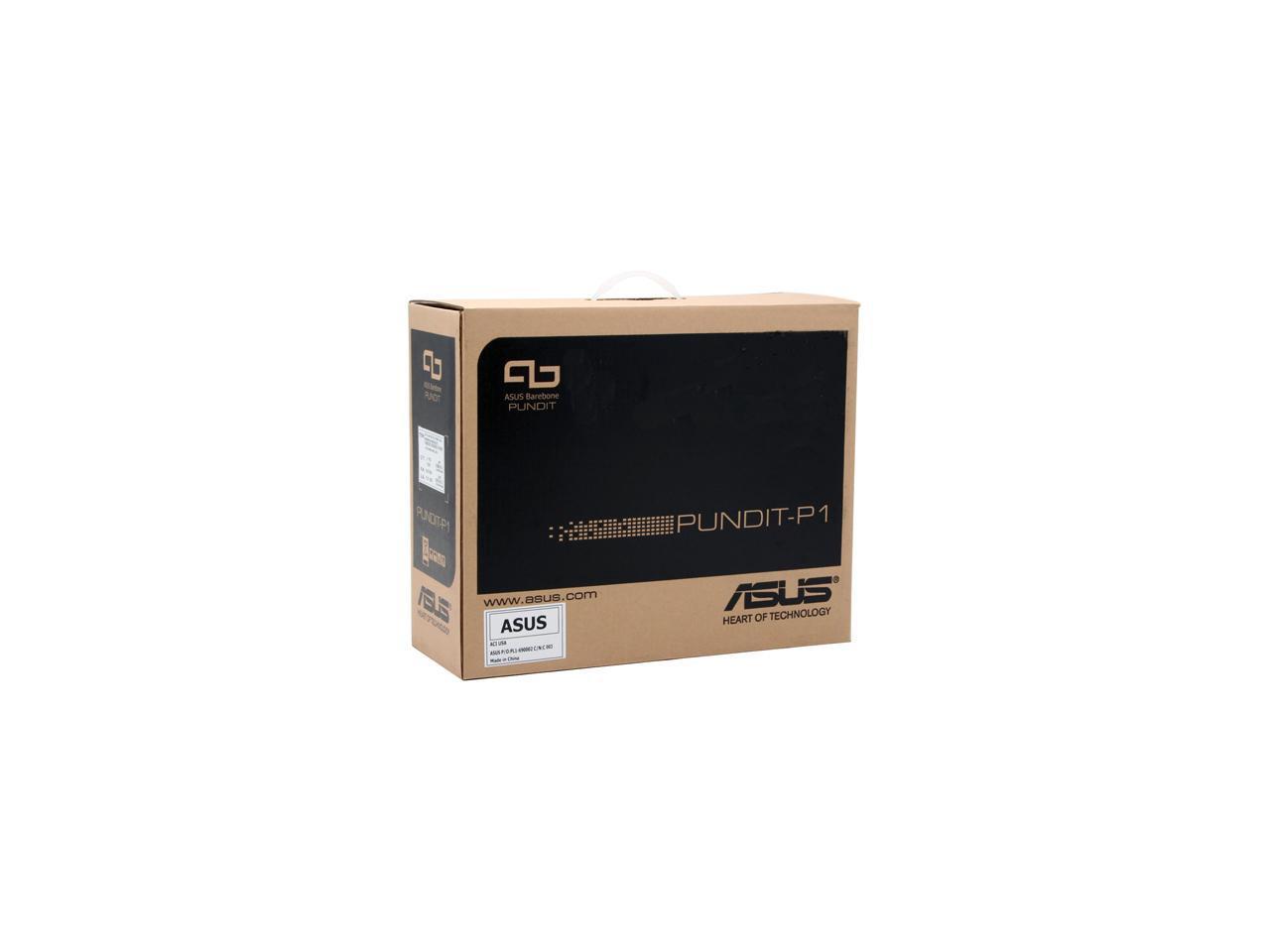 (86) Write a Review
OUT OF STOCK.
Specs
Reviews

Learn more about the ASUS P1-AH2

Pros: * Small case with all the necessary outputs (TV etc...) for a small media center. High wife acceptance factor. * Very silent (used an athlon64 LE-1600 CPU with AMD standard cooler, the fan stays off most of the time, goes to 800 RPM on heavier loads, but you can't hear it start). * Relatively low power usage (43W idle with just the AMD CPU and a CDROM, 58W idle after adding a couple PCI cards and hard drive).

Cons: * There is very limited space behind the CDROM to fit the various cables needed (two SATA + two SATA/molex power cables in my case). Airflow is an issue in this area. I wish the PSU had sata power plugs rather than molex. The supplied PATA cable is useless (you'd really want a round cable if you'll use PATA). The SATA cable is great for connecting a hard drive (thinner and more flexible than other cables I could find), I wish there were a second one for a CDROM drive though (a 6 inch cable will work, but the ones I've been able to find are very stiff and hard to work with). * The PCI riser is too small for many cards - you'll need to get low profile cards. I could not fit in a leadtek PVR2000 card and had to get something smaller. It's really close, the card would fit if the case were about 1/8 inch wider... * No component video outputs. * Power and HD leds are too bright. I disconnected them. Wish there was a more discrete power LED (not so bright, not blinking when suspended

Overall Review: All in all a great buy. Satisfied! I had no issues installing linux. Video output uses the proprietary nvidia driver. lm-sensors use the dme1737 drivers, which is relatively new (you'll need lm-sensors 2.10.5). suspend to- am works fine for me.

Cons: Linux Fedora Core 6 installation hangs due to a BIOS problem. Seems this bug was fixed with a BIOS update to another ASUS MB (http://forums.fedoraforum.org/forum/showthread.php?t=126566) , but there are no bios updates beyond the 0203 that the system came with. Beyond this, when you close the CD-ROM drive bay door it catches on the cover flap of the case, jams and reopens. Very annoying, you have to hold the cover open and then close it gently so as to avoid the disk from ejecting. Save yourself a headache and pass on this one.

Pros: Small, simple setup, and perfect for a media center

Cons: Can't seem to get the right sound driver?

Overall Review: ******People have been posting problems that the fan would go to 100% and led's would come on but nothing else... I had the same problem, puzzled. SWITCH THE VOLTAGE SWITCH!!! lol It comes out of box at 230... That's not US :)

Pros: Almost completely built for you, it took me 20 minutes to install all the hardware. Usually it takes me 2 hours to build a PC from scratch. It has a clean looking design, and when you open up the front panel you get a healthy number of front ports for extra gear. It uses a right angle PCI card extender so that it has room for 2 full size PCI cards, so you don't have to bother with those half height cards typical for a case that is this small.

Cons: The motherboard is non-standard m-ATX, which is understandable because of the unusual small case size, this thing is only a littl ebigger than a laptop, however it limits the upgrade options for this PC.. I'd love it if there was a mini-ITX socket AM2 that would be a dream come true for small PCs. So basically my 'con' is that not all of my dreams have been fulfilled. Such is life.

Overall Review: I love the Asus barebones series, I've built 6 so far. 4 Vintage series and 2 Pundits, and I'm about to order another Vintage so I figure I'd drop in a review while I'm here. I have had no problems with using 2x256mb of Kingston Value RAM, WD 160GB sata 3.0 HD, various AMD AM2 Sempron 64 and AMD AM2 Athlon 64 CPUs. I recommend that you do not install the Nvidia forceware Net Manager and Firewall when you go to install the drivers, I used to like them but they are buggy and will choke on any software you use for a networked back up, network file sharing, or transferring files using the built in MS network neighborhood. I've built 2 of these for my company, both are being used in a biotech laboratory to run fluorescence and chemiluminescence imaging systems. The scientists love them because they are compact yet full featured, so they do not eat up valuable space on the lab bench. Plus I can churn them out in 20 minutes (not counting the Windows install).

Pros: A nice, solid machine with a slim form factor and sleek looks. Capable of supporting Athlon X2 5400+ (at least) despite what the documentation claims. Mini jack, S/PDIF, gigabit ethernet, S-Video, DVI, VGA, firewire, card reader all on board - there are very few small form factor bare bones with all of these integrated. Fairly quiet during normal operation. The case is straightforward to work with. No problems whatsoever after a month of operation.

Cons: There's nothing really "wrong" with the Pundit, but it does have several limitations (mainly due to form factor). Some full-height PCI cards will not fit without modification. Lying flat, the left side of the case ("bottom" if oriented vertically) is bare, grey metal instead of painted black. The CPU fan can be a little loud under high load (HD playback, compiling kernel, etc). Only one hard drive bay (unless you're willing to sacrifice the optical drive). 2 GB RAM limit. For some reason, the S/PDIF jack is in the front of the case instead of the back, which requires the front "door" to be open - or removed - when using optical audio. I have no idea why they placed this here.

Overall Review: I bought this to replace a full-sized box as my MythTV system. I have 2 PCI tuners, so I needed a system with onboard S-Video, DVI, gigabit ethernet, and S/PDIF audio. This little box is the only one I could find on newegg that met all of these requirements. To echo other reviewers, some PCI cards WILL NOT fit in the case. The lower PCI slot will accept larger cards, but the PCB cannot exceed the height of the metal mounting bracket by more than a few mm. I had to shave off several mm of my hauppauge tuner card to get it to fit. The top slot will only accept ~3/4 height cards. The LEDs are blinding, especially at night. I covered mine with electrical tape, and they're still visible - sharpie or black nail polish might be even better. The hardware all functions under Linux - if building your own kernel, you'll need CONFIG_SATA_NV (SATA), CONFIG_BLK_DEV_AMD74XX (IDE), CONFIG_FORCEDETH (ethernet), and CONFIG_SND_HDA_INTEL (sound).

Pros: * Compact, efficient use of space * PSU and MB are nicely integrated into chassis * Numerous features on MB eliminate need for expansion cards

Cons: * Retention clips for front bezel are of very thin/delicate plastic & are easily broken (particularly the clips on the RH side. * Given the nature of the case (you aren't going to have your fingers in it every day), the drive cage should have been attached via spring clips or friction or even a hinge.

Overall Review: The customer loves the size & form of the chassis. The customer hasn't had it long enough to appreciate the rest of the features, yet -- but that will be soon to come. It's a nice kit for this price.

Pros: It's small. It's well built. It's the perfect form factor for a HTPC.

Cons: Paired it with an AMD Athlon X2 BE-2350 Brisbane 2.1GHz. CPU could not be ID'ed by the motherboard. System refused to post at first. No lights, fans running full blast. Was going to RMA it until I tried to clear the bios settings using the jumpers following the instructions listed in the detailed manual (available online or on the Pundit driver disk). That did the trick though the bios still reported a checksum error. Bios still shows "unknown AMD processor" though even though it is the latest version - 4.04. I got rid of the stock fan that comes with the case. It was NOISY and refused to come under motherboard fan speed control. I unscrewed the shroud and used the stock CPU fan that came with my processor instead. MUCH quieter. Installed Windows Vista Home Premium. Lots of hiccups. Get the realtek audio drivers from the net. Those on the disk won't run. Get the latest NVIDIA nforce drivers from the NVIDIA website for the graphics etc

Overall Review: You might want to look into getting special SATA cables (the L shaped kinds) if you are going to install an SATA optical drive. Mine barely squeezed in there. I taped on a heatsink for the southbridge for my own piece of mind. Glued on a 40mm fan on the northbridge heat sink.

Pros: Very easy to assemble. My first build in almost 5 years. I plugged in my other choice components and was loading Windows within 30 minutes of removing it from the box. When used with quality components, it is very stable. I left it on for a week straight, downloading at night, watching movies/TV shows during the day. No hangs, BSDs, or other issues.

Cons: None. Buy one already!