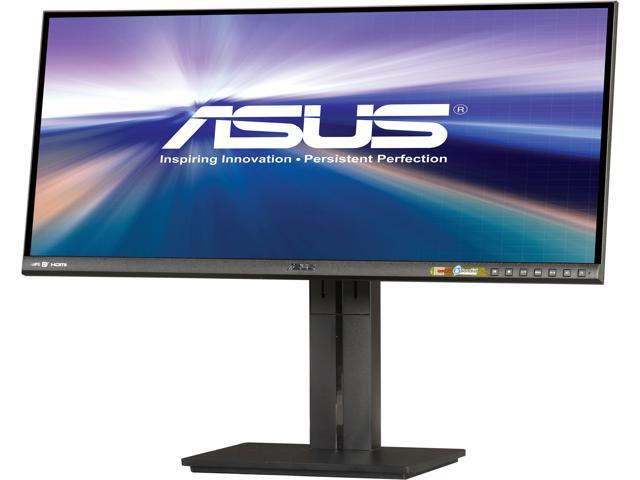 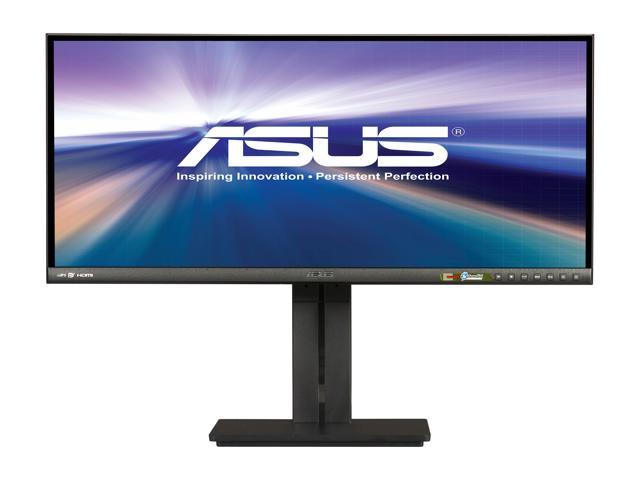 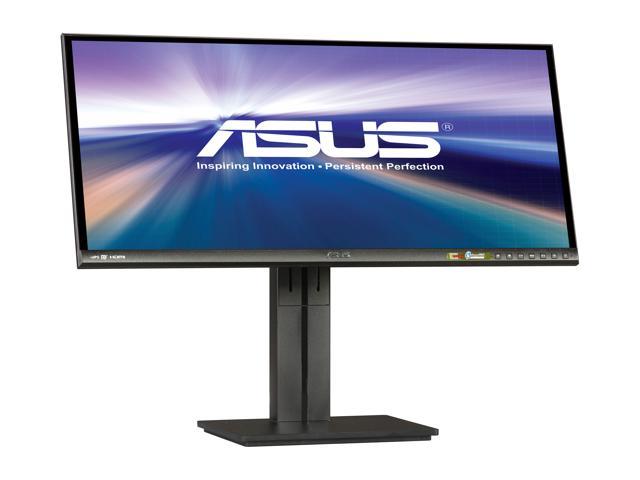 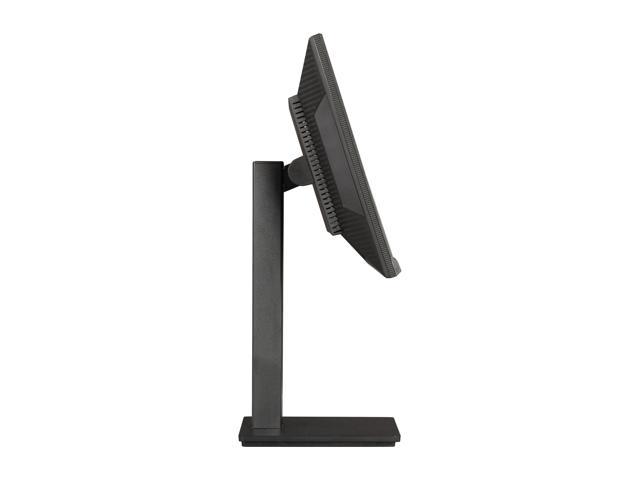 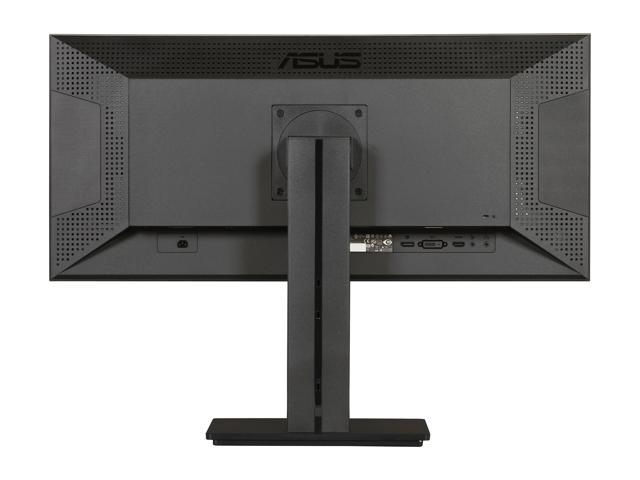 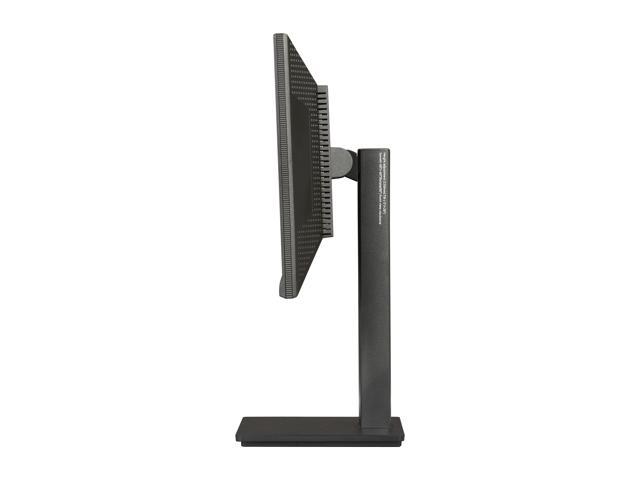 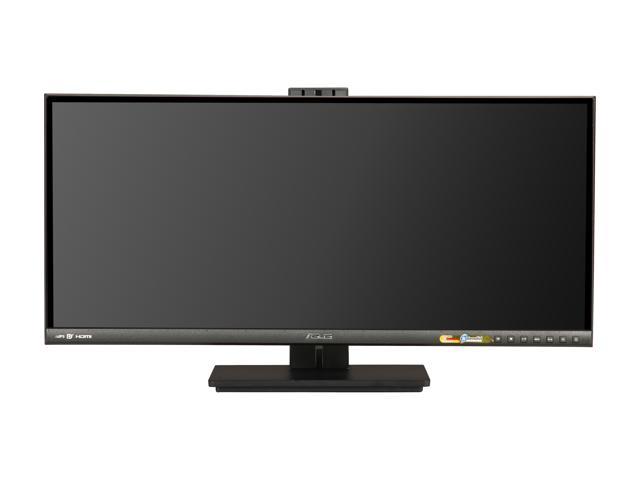 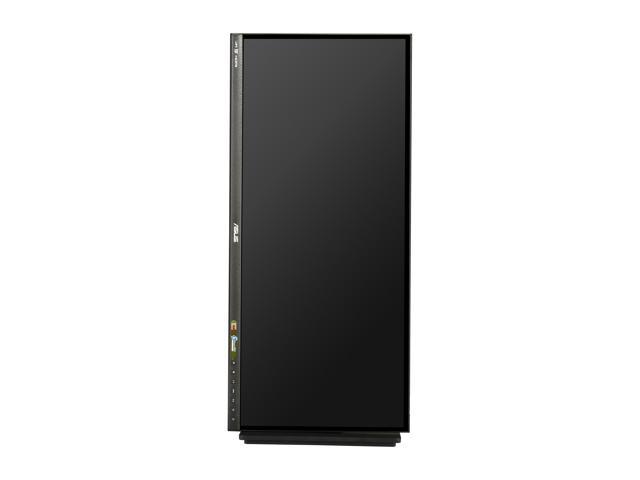 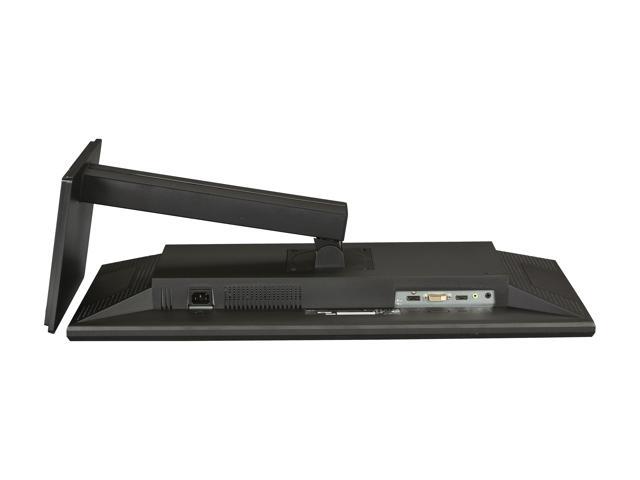 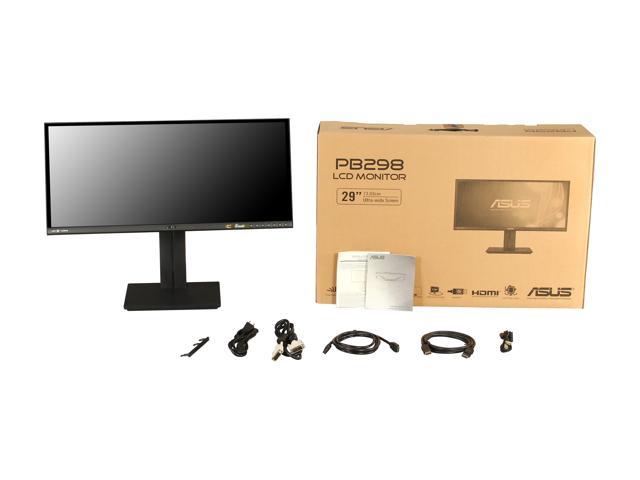 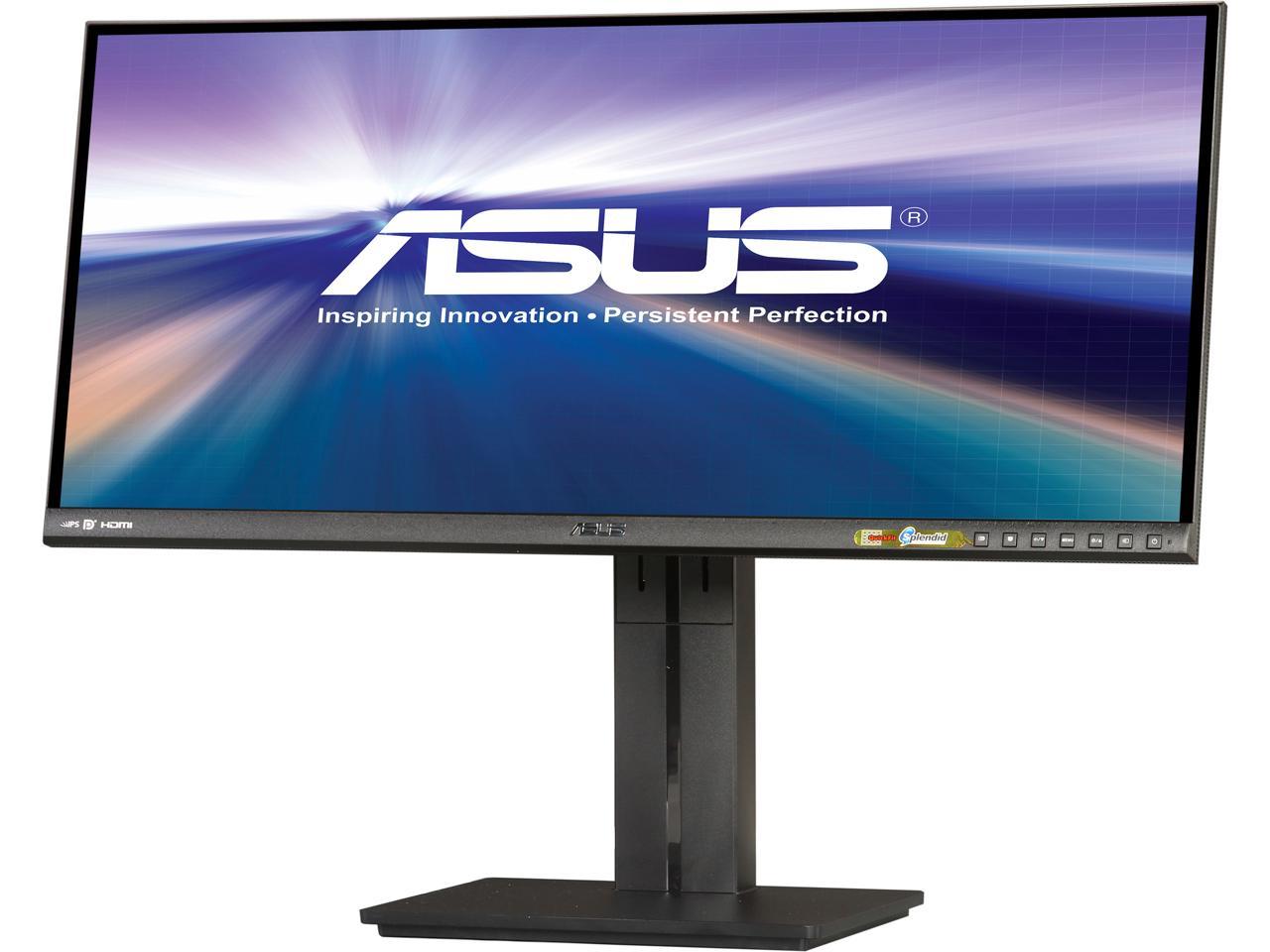 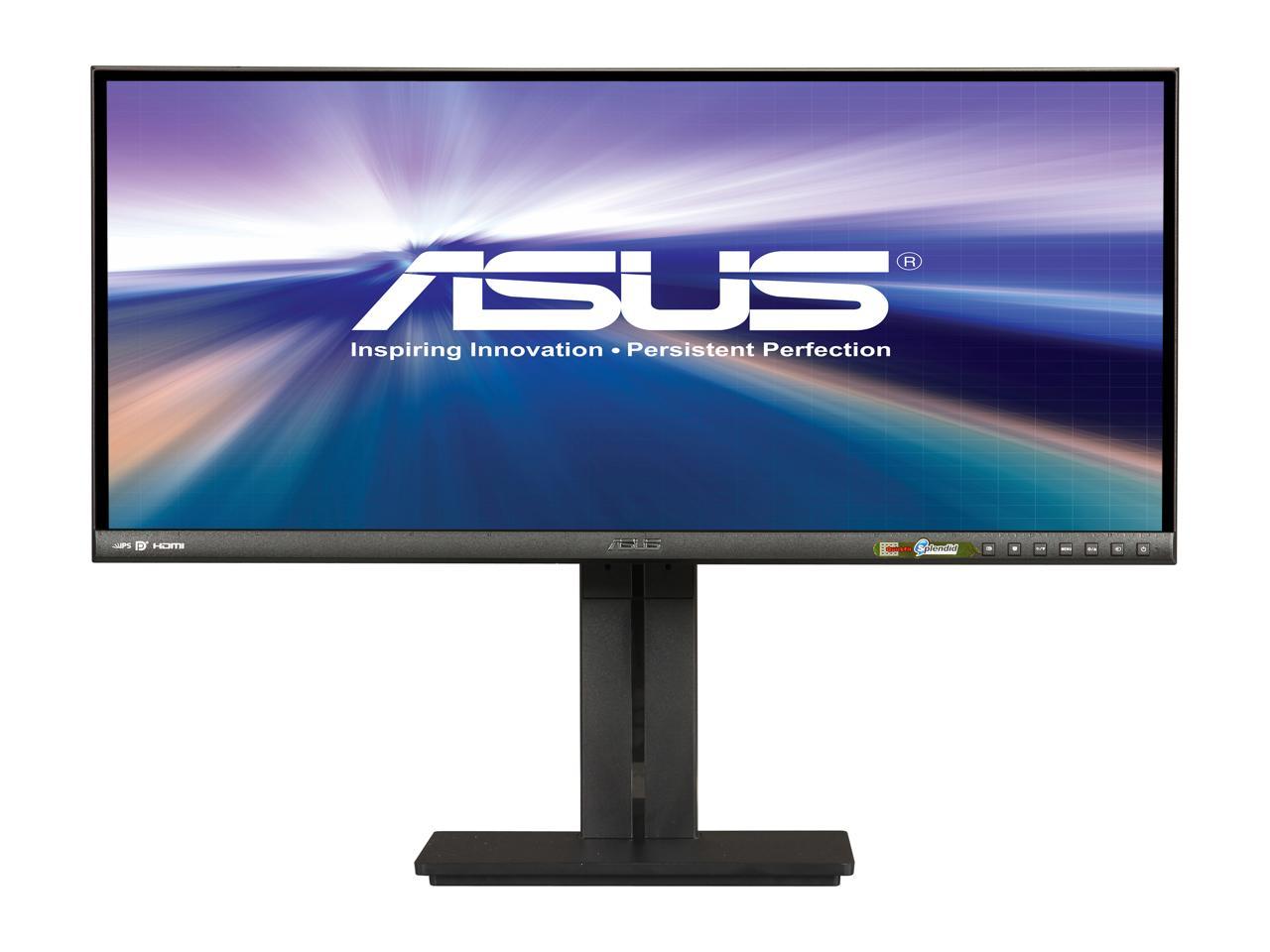 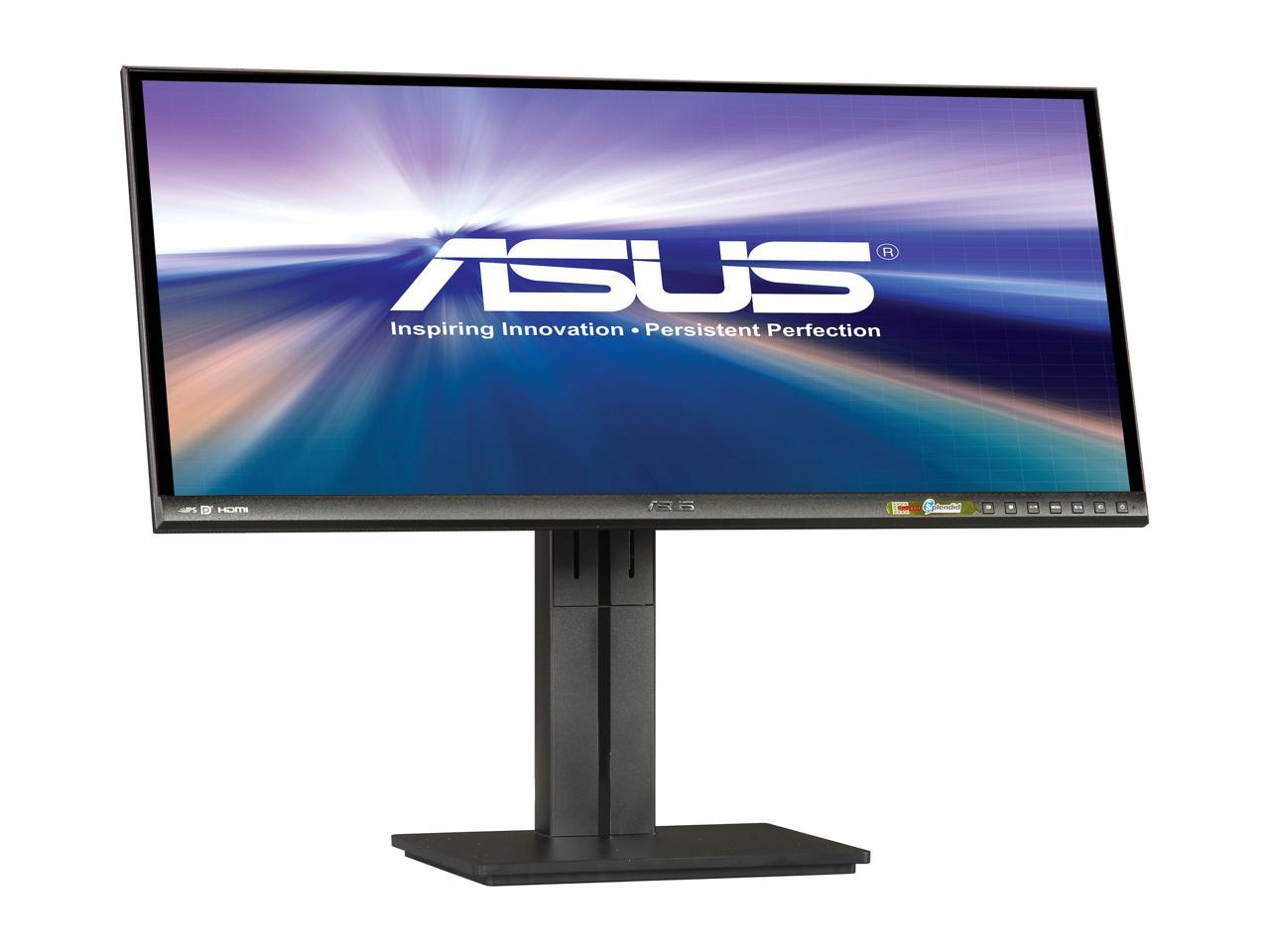 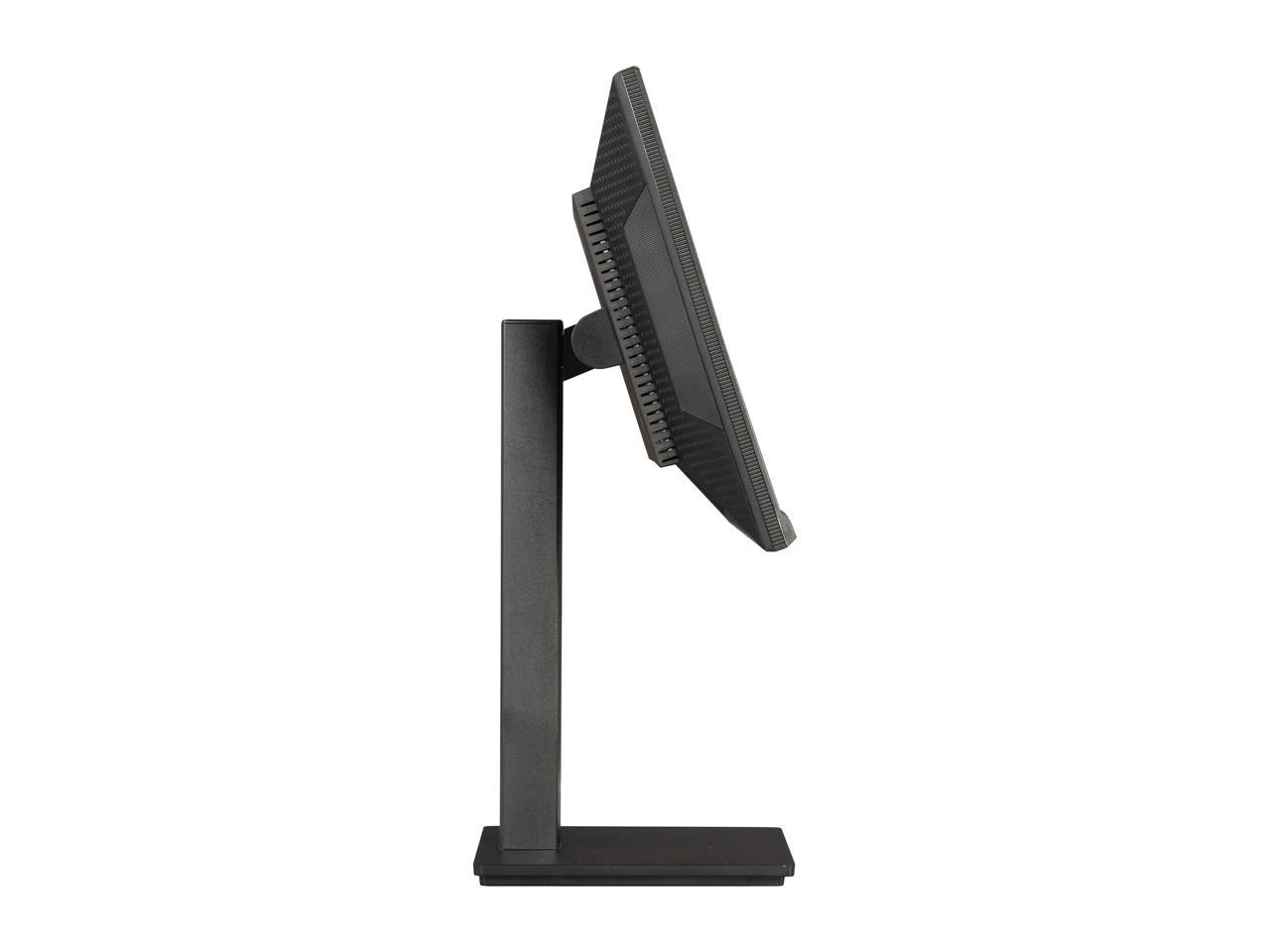 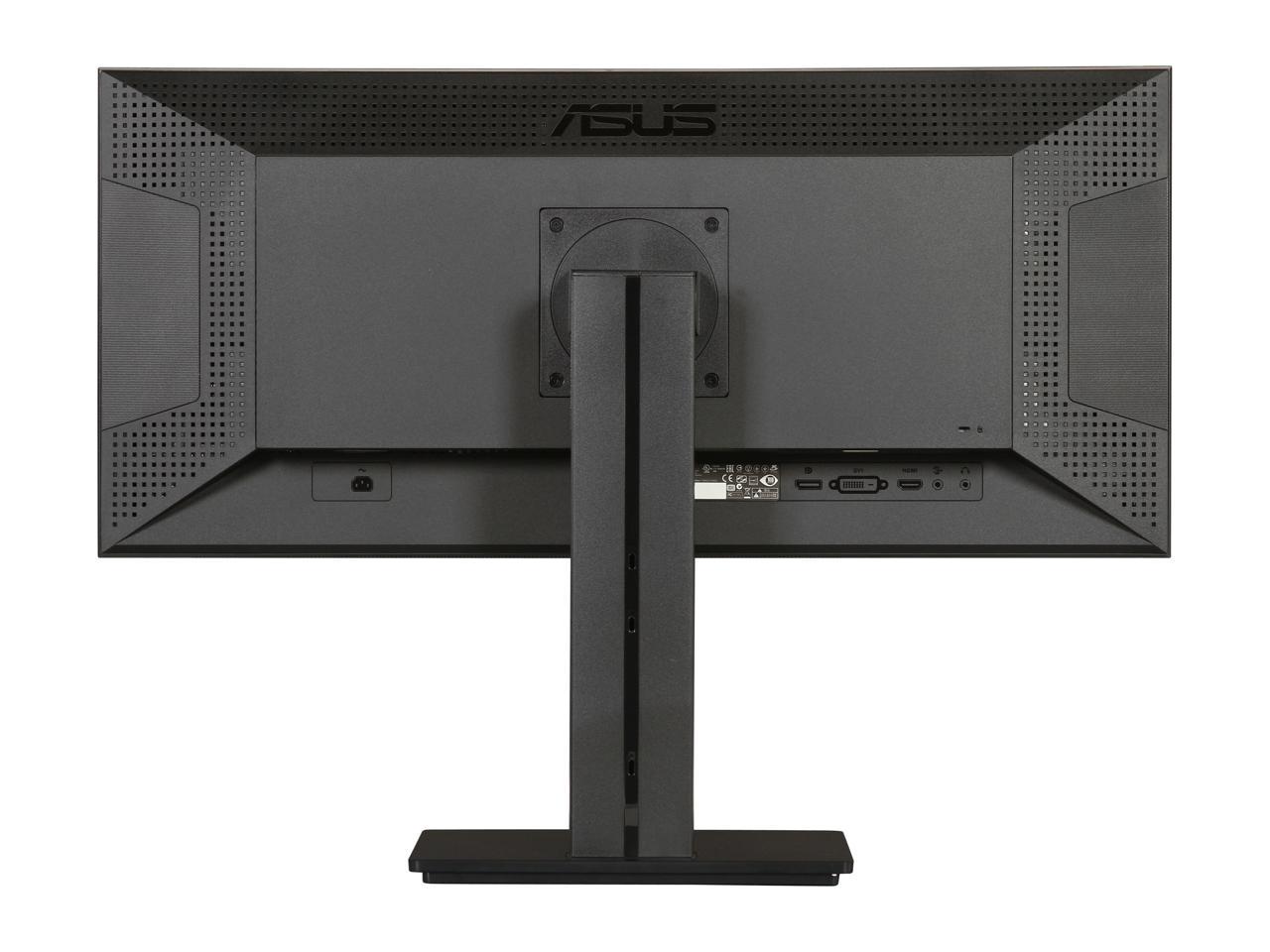 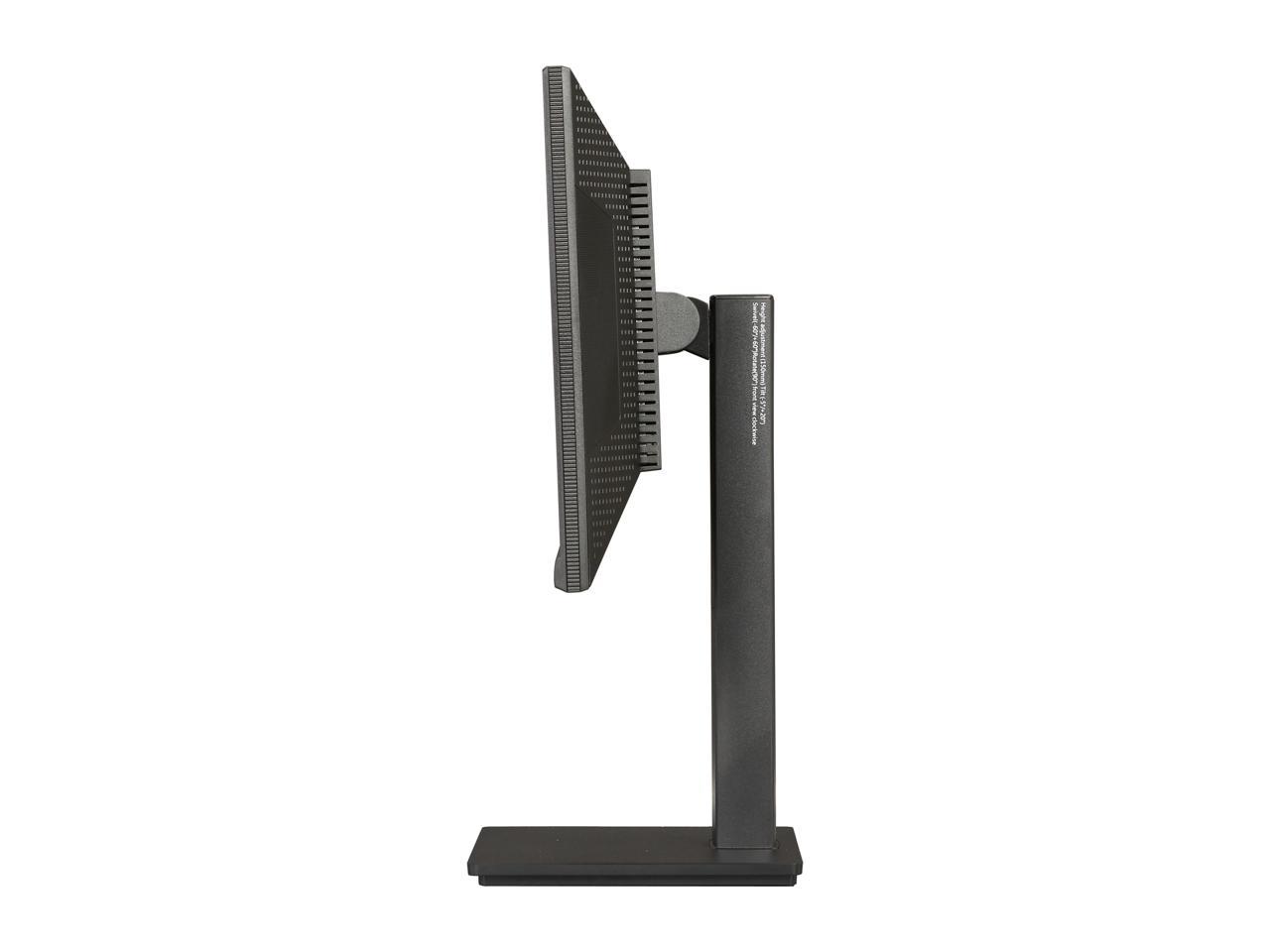 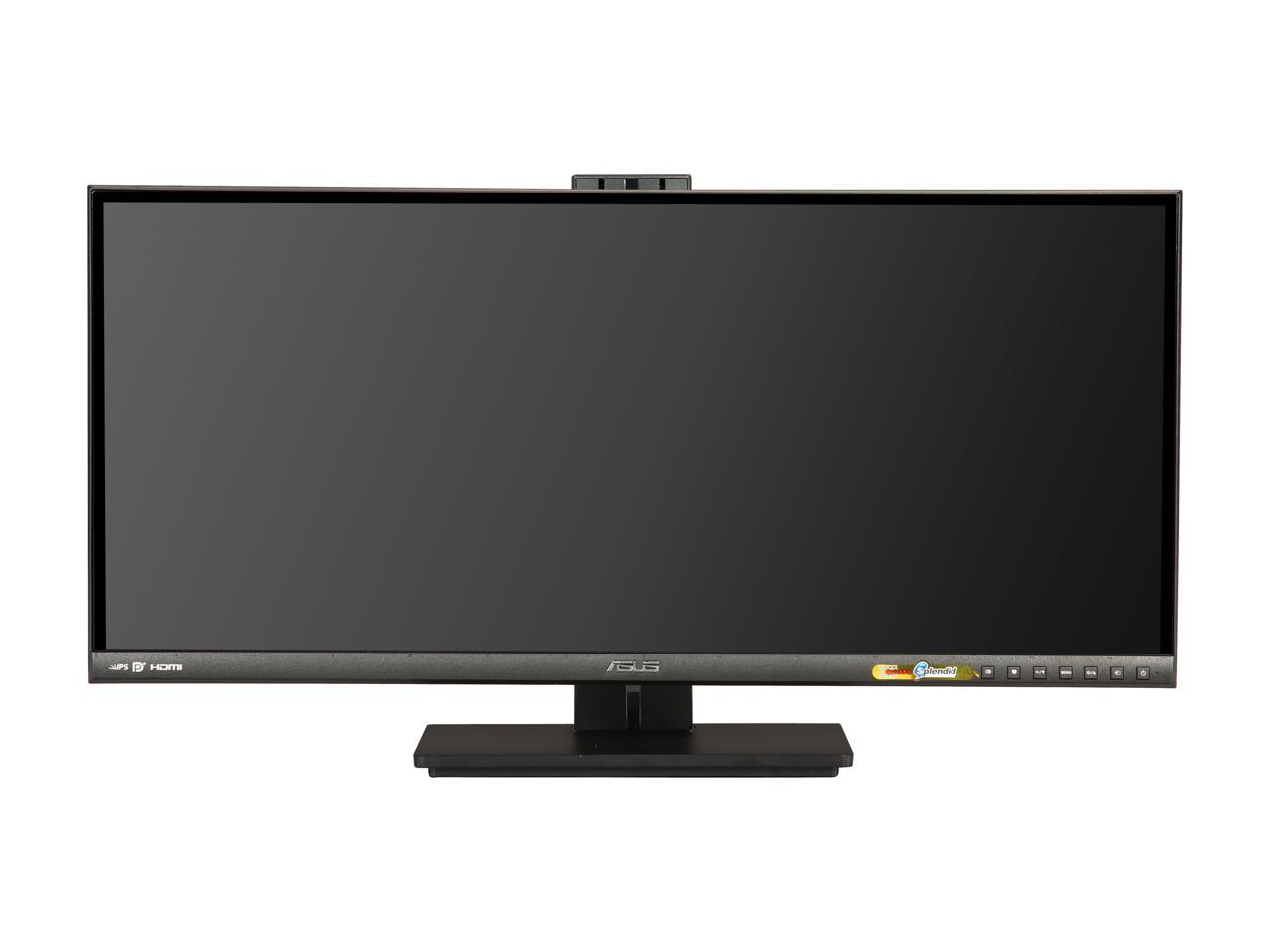 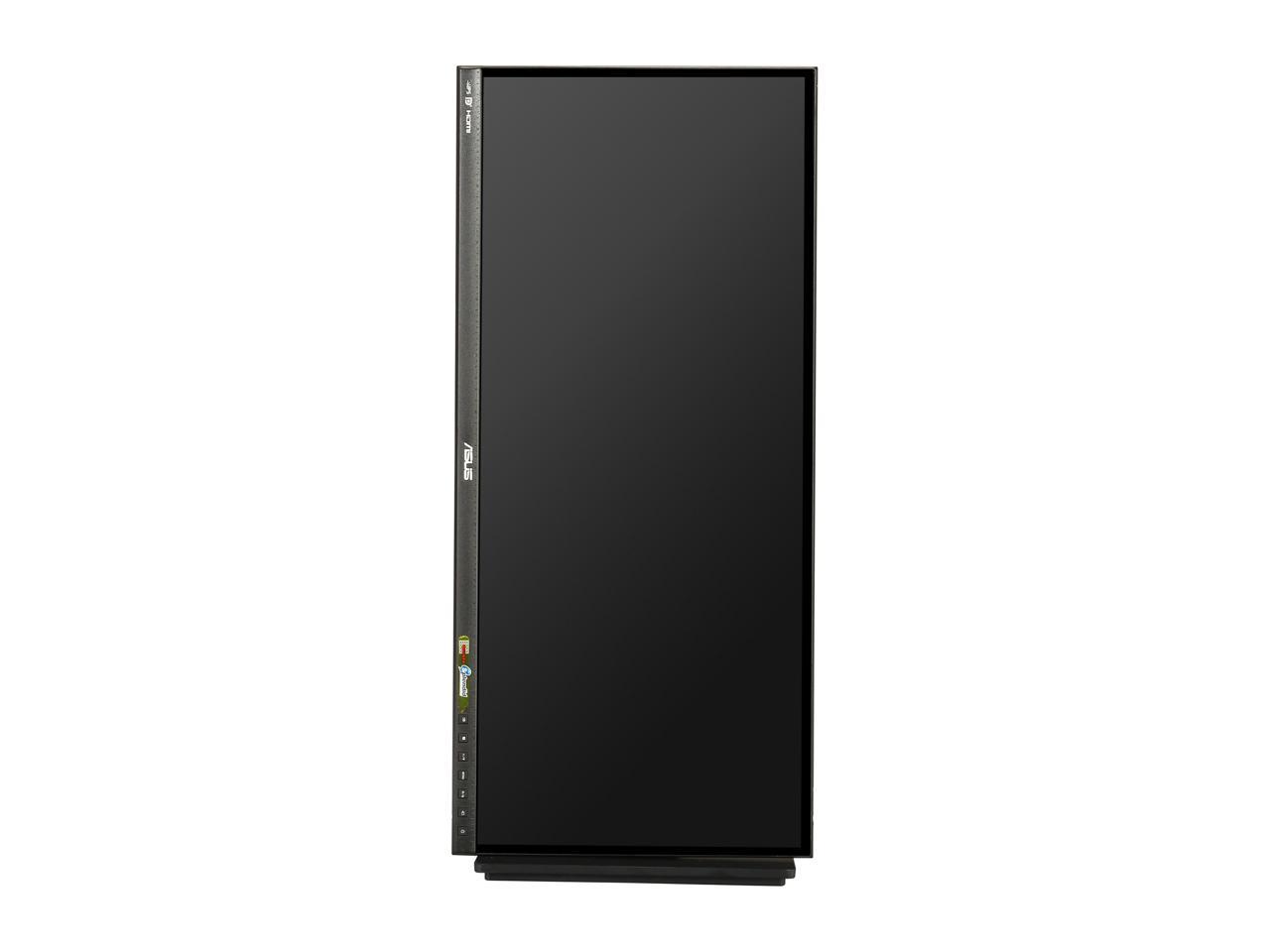 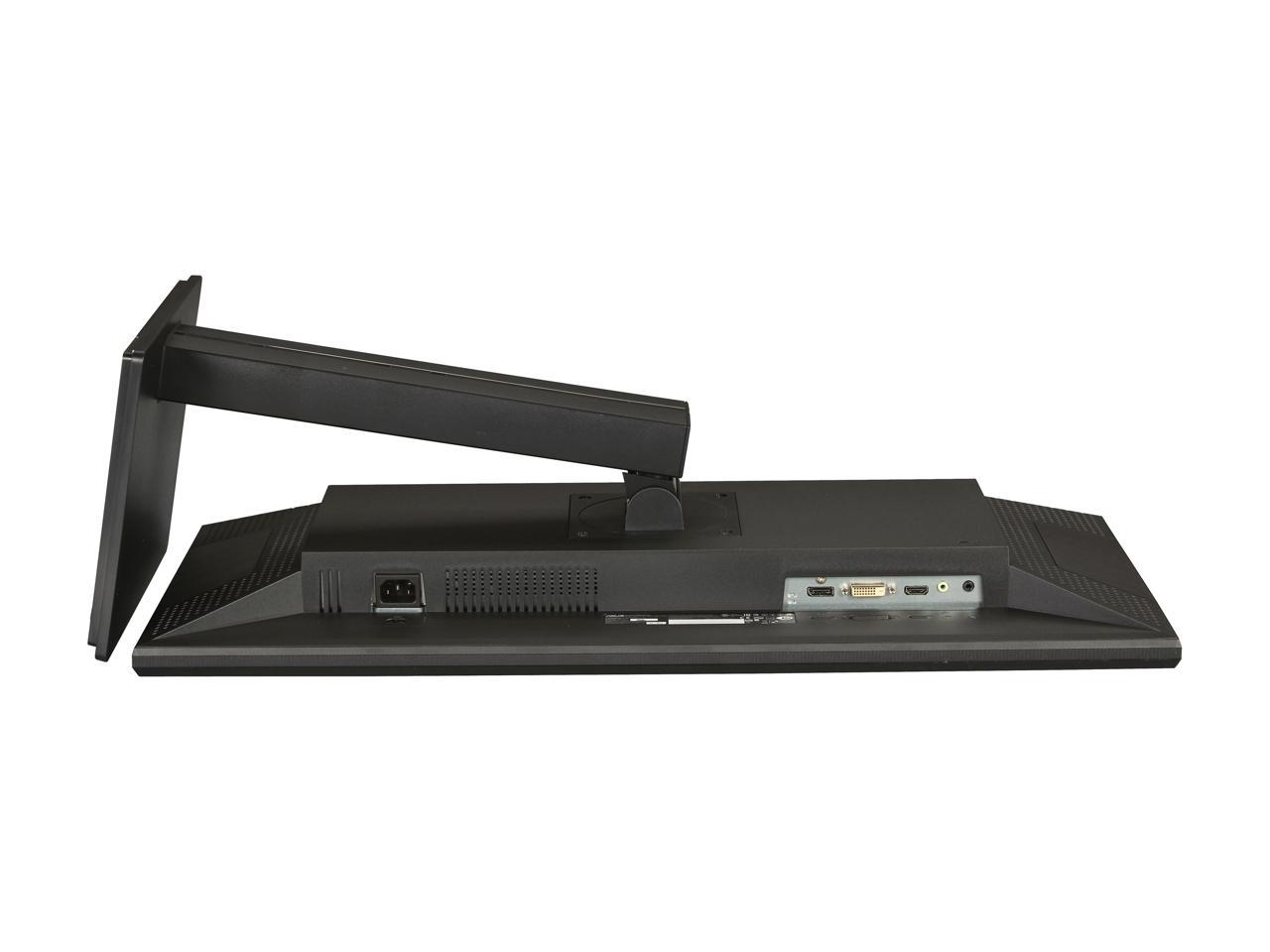 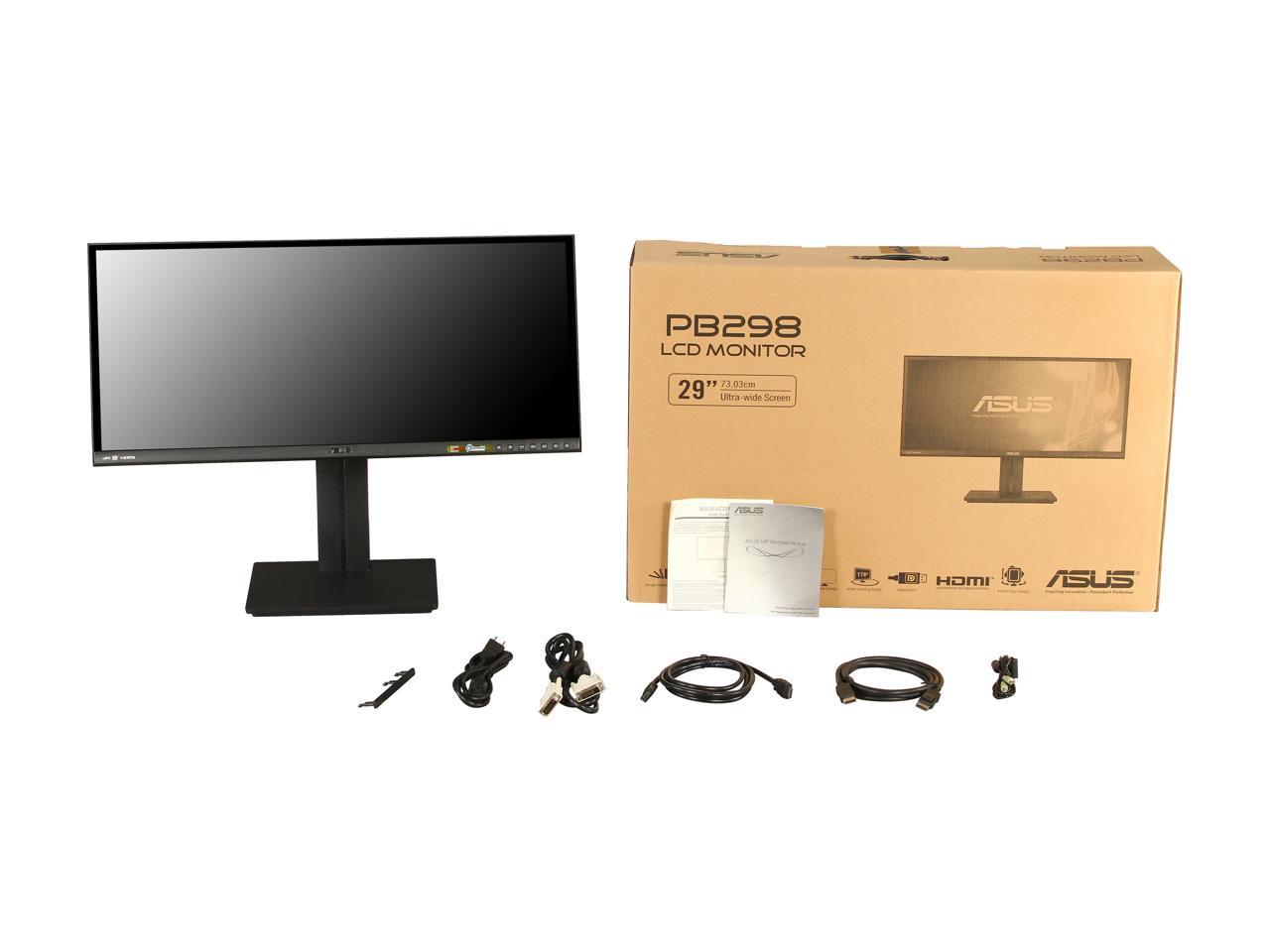 (122) Write a Review
OUT OF STOCK.
Overview
Specs
Reviews

Learn more about the ASUS PB298Q

Pros: Crystal clear, lots of inputs. I really like this monitor on my smallish desk. It is very easy to read.

Cons: Display port cable that came with it was defective and made the monitor occasionally blink out and make a scratchy noise from the monitor speakers. Replaced it with another one I had laying around and all works fine now.

Pros: Nearly everything about this monitor is great! It is fantastic for gaming and video editing. The refresh rate is great and there isn't any noticeable lag in the refresh rate with the newest games. The 21:9 aspect ratio essentially makes this monitor two-in-one, which increases work productivity. The colors are about as good as I've seen on a monitor, which is a pretty bold statement. If you are a movie buff you will love this monitor, because the 21:9 aspect ratio eliminates the black bars at the top and bottom of the screen! The biggest selling point for me was the stand; it is well built and can rise above any standard 15" laptop screen. The ability to have 3-4 windows open at the same time, while not having to even move my head is fantastic!

Cons: The price is high, but well worth it. In low light situation when a dark game or movie is being watched there is some light bleed towards the lower right corner of the screen. I think it's hard to avoid this in 21:9 screens, because of their width. It is hardly noticeable, unless you are picky about screen like myself. Content: Movies are great, but its a stretch to find other online content with native 21:9. Most video content, other than games and movies, will have black bars on the sides of the screen.

Overall Review: I think this monitor is ahead of its time. The mainstream market will shift more towards 21:9 content in the future, with the evolution of 4k. Another thing to watch out for is make sure you have a good graphics card that can handle 2560x1080 at 60 to 100hz without killing itself. A standard card in a laptop won't work well for media content.

Overall Review: I bought 2 of these during a black Friday sale back in 2015. 2 days ago (February 12 2018) 1 of the screens died. Since day 1 these monitors have had a tendency to randomly make a loud pop and go black for a couple of seconds. Usually after waking up the computer or first turning it on. Since both screens did it I figured it was a design flaw or something. Now I feel it was likely both were defective. If that is the case, what is wrong with Asus's quality Control? It is under their 3 year warranty but I'm debating whether it's worth paying to ship to them and starting that whole process. I've heard a lot of bad things about Asus's customer service. Would not recommend!

Cons: High retail price, so wait for sale One of my two monitors loses signal from DisplayPort every so often, only real reason I didn't give 5 rating

Overall Review: To add to the 2nd Con, I have yet to test if this is a graphics card issue or issue with my DisplayPort. Just need to wiggle the cable and it returns. Also, adjusting my boot from sleep settings in my UEFI settings seemed to make the issue occur less often, though, so might even be a power issue from my mobo. Once I do a new build I will do more testing.

Pros: many input selections and easy input change. great color and brightness. speakers are very loud. superb height and stable stand. ability to detach from base is a solid touch.

Cons: dead/damaged pixel line running from top to 2in from the bottom of my screen. volume control is tedious if you use the monitor speakers

Pros: It's wide, bright, and you know ASUS makes a solid product. I have no problem putting things where they need to go to maximize my workflow on one side and game/reddit on the other. :) The stand it comes with actually slides up and down and you can angle it as well. Really solid. Playing games is a while different experience. You have more on either side so it's more immersive and the colors just pop out. Definately worth the money upgrading from my VS239H Very small bezel Thick cables, comes with HDMI also.

Cons: Expensive in Canada. We get ripped off up here. Comes with a VGA cable? I think you can stop making those and save us some money please

Overall Review: Even though it's in the upper end up the 1440p price range, I think with it being IPS and high contrast ratio it really is worth it to buy. I'm sure U.S. people can get it cheaper than we can.

Pros: I have an ASUS motherboard that lasted over 15 years. So, when I went to build my first new PC, I made the decision to go with all ASUS products. I figured they were the best. This monitor was not quite the best, but still pretty dang good for what I bought it for. Before I buy anything on newegg, I read a lot of reviews. I bought a couple of items with not so stellar reviews and they seemed to work for me great. So I bought this monitor that didn't have great ratings. A common issue seemed to be the Display Port not working as it should. I bought it anyway, thinking that everyone else was just doing something wrong. Well, they weren't, the Display port on the one I bought also only worked for the first time I turned the monitor on, after that, the Display port did not ever work again. I did not return because the HDMI and DVI port worked just fine. Anyways, outside of that, this monitor is awesome, Normally if something did not work 100% as it should, I would mark it 1 egg period. But the extra wide screen is so awesome for strategy games. On company of heroes 2, you can see a tank shoot maximum distance across the screen. Wow. For work, you can have 2 windows up at once, and they both look like full screen. Easy to do side by side comparisons on stuff. If you are a strategy gamer, a super wide screen is a must. But, if I had it to do over again, I would spend the extra money and get a bigger one, as it is wide, but not tall, about the same as a 21 inch monitor. I have it over a year, and it still works good.

Cons: Display Port did not work after turning off the monitor after the first use. And I have no idea about the back lighting that everyone else is talking about, my monitor dont have that, or maybe it is broke, or maybe I never turned it on.

Overall Review: If you like strategy games, company of heroes 2, total war series, etc... Then get super wide monitor like this one, if you can, get a bigger one. If you got the the cash.

3 out of 3 people found this review helpful. Did you?
Manufacturer Response:
Dear Calvert, Hello, I would like to thank you for taking your time in writing this review. We certainly value your feedback. It is unfortunate that your display port is not working..Have you tried a different display port cable to see if your actual monitor is defective? Sorry for the inconvenience. Just to let you know, you are have warranty covered up to 3 years. If you have any questions or concerns, feel free to contact me at cl-justin@asus.com and I will help you to the best of my abilities. I'm here to assist our customers with our products and dedicated in bringing a resolution to all issues that they may come across. Your case for reference is N160825025 Thanks for choosing ASUS Regards, Justin ASUS Customer Loyalty
Lawrence S.
Ownership: 1 week to 1 month
Verified Owner
Very impressed except for little smudges which are in the middle of the screen2/24/2016 4:43:00 PM

Pros: Color and viewing angles are great, as is the brightness

Cons: I've had it for about a week...maybe two...but I noticed when I had a completely white screen...there are two smudges/scrapes on the inside face of the monitor about in the middle of the screen. I've tried wiping them off but wish it would have gotten caught in QA. And I'm not sure how to do the rapid replacement of the monitor.

Overall Review: I would definitely look closely at the screen when you first get it.