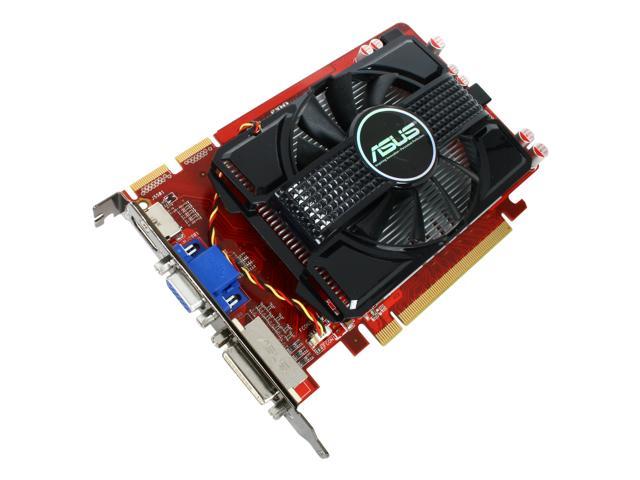 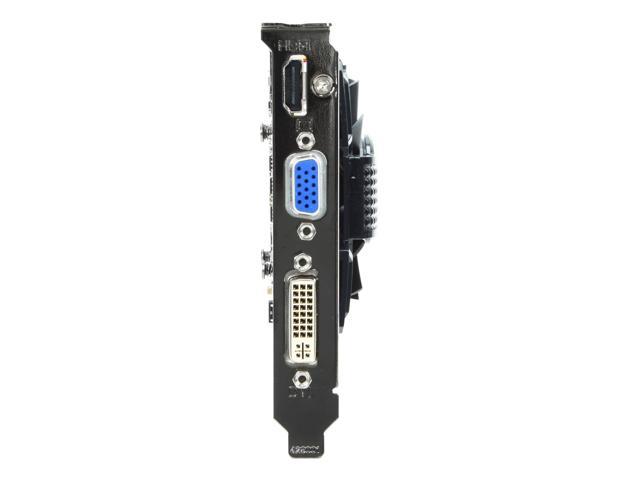 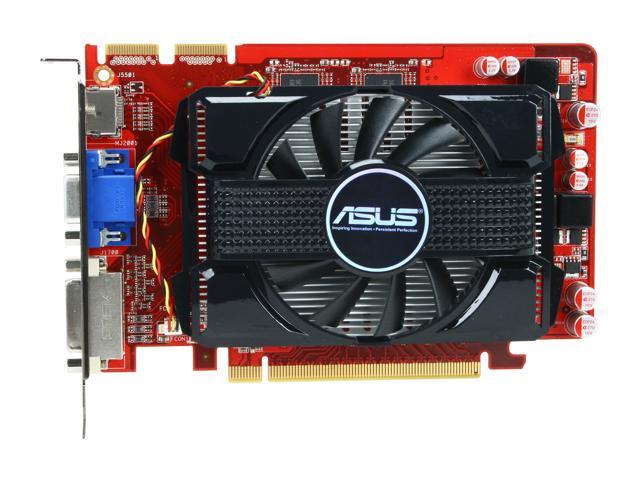 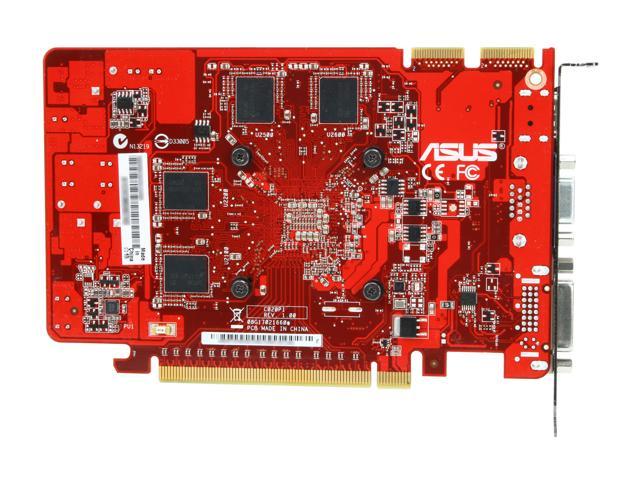 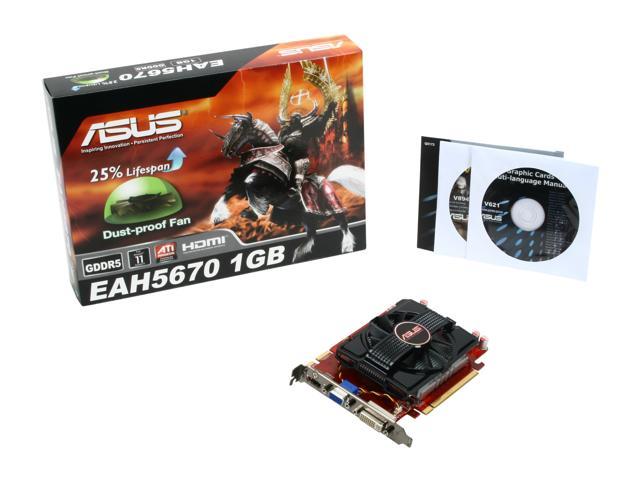 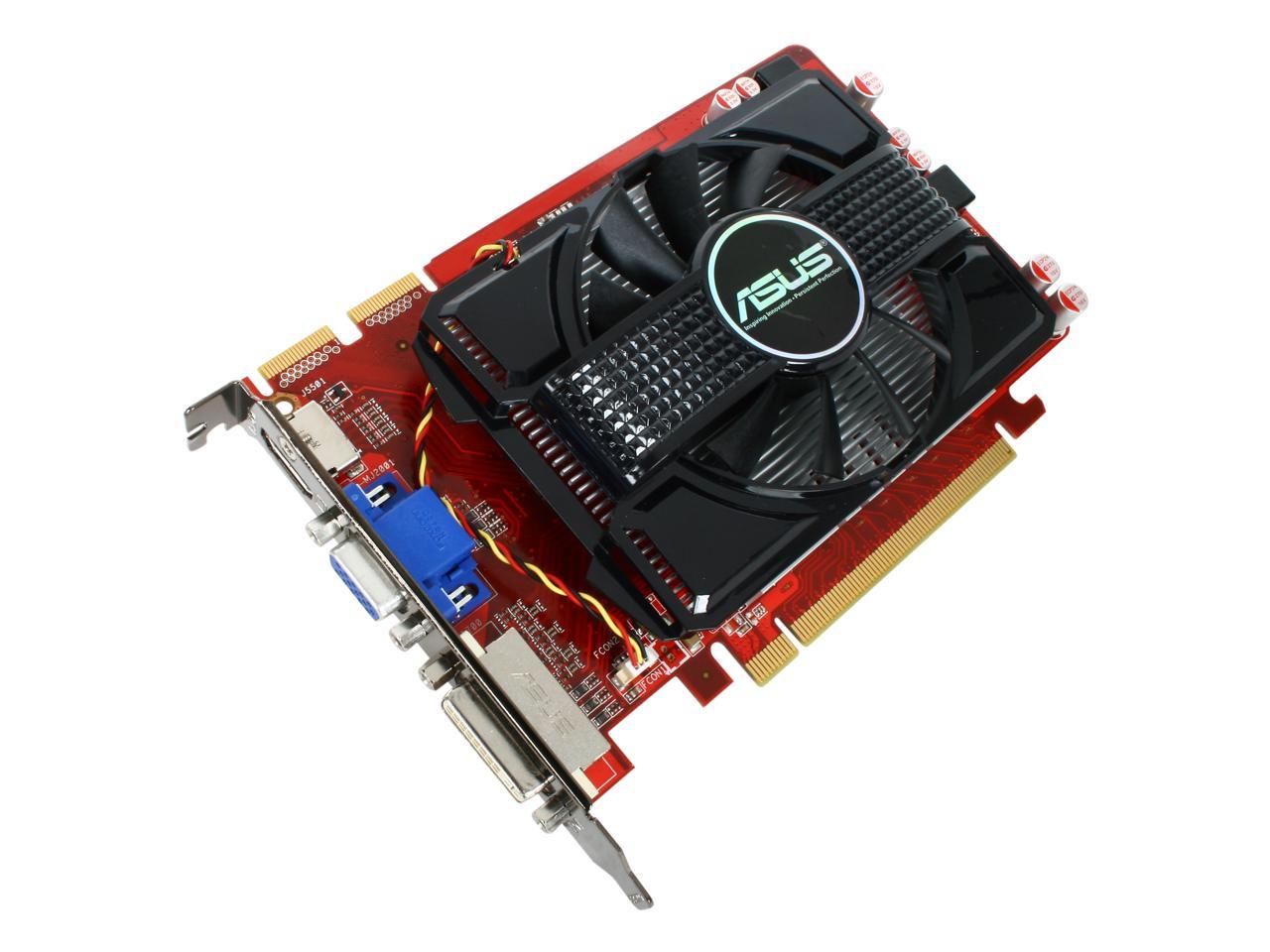 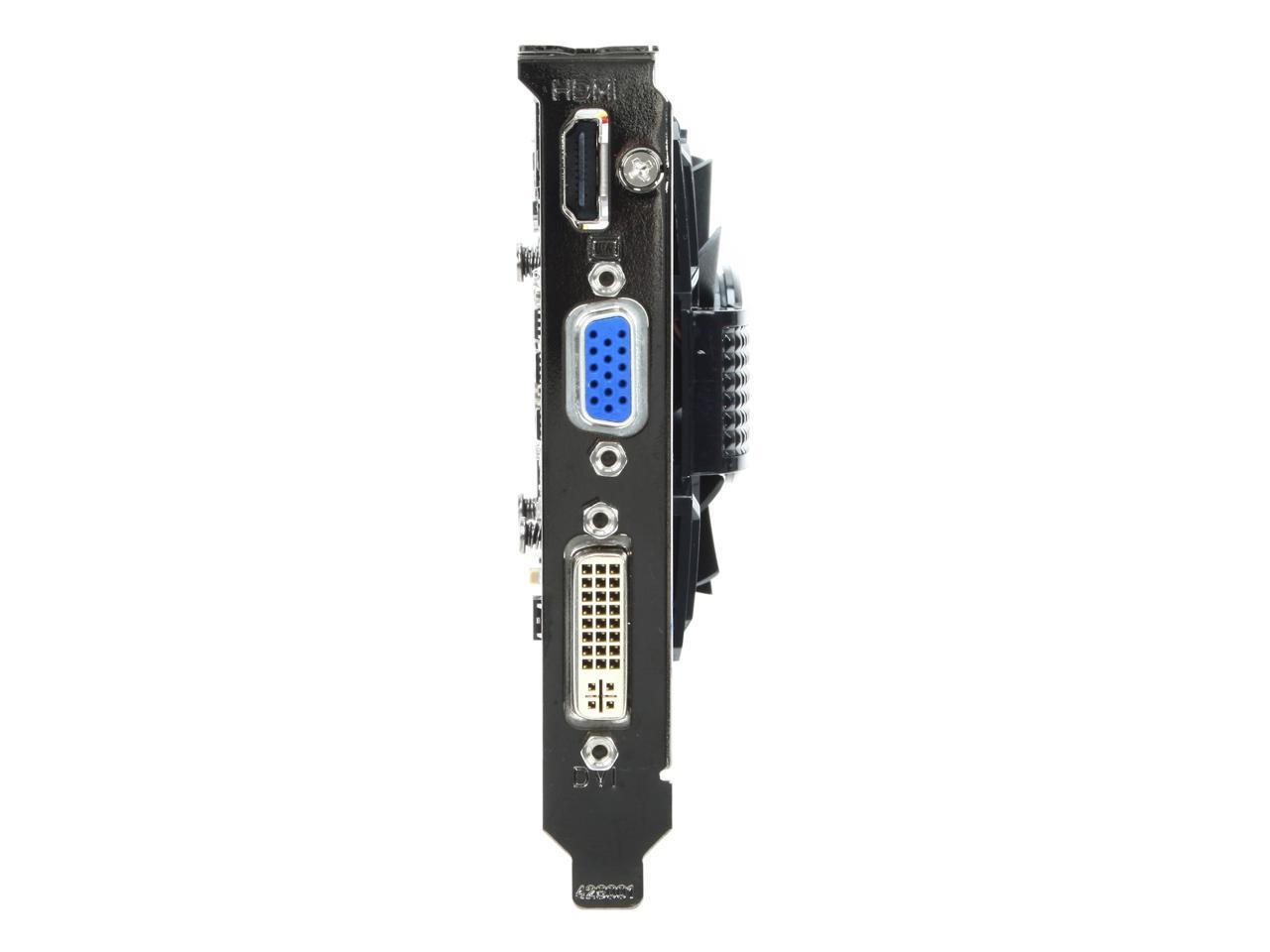 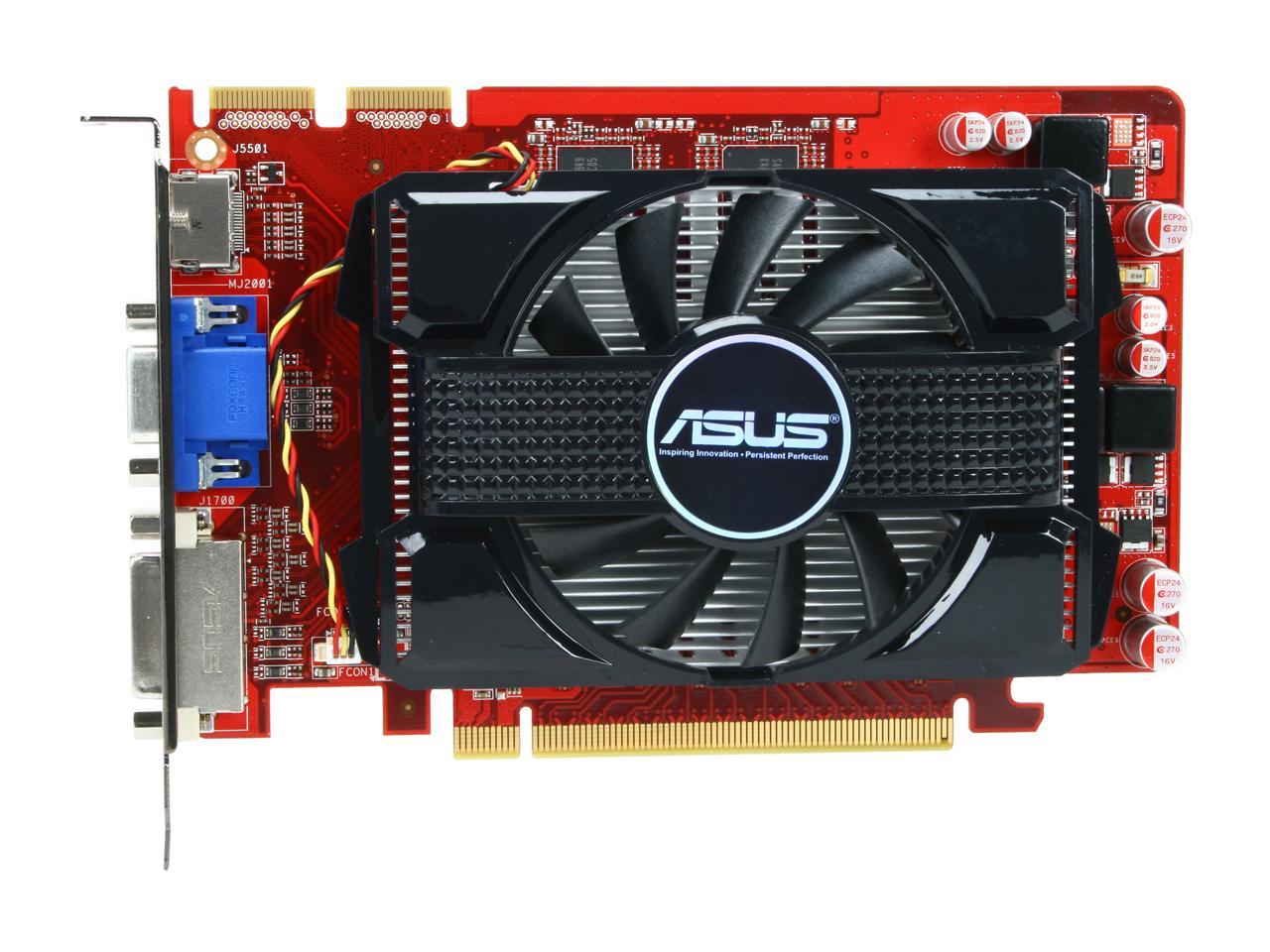 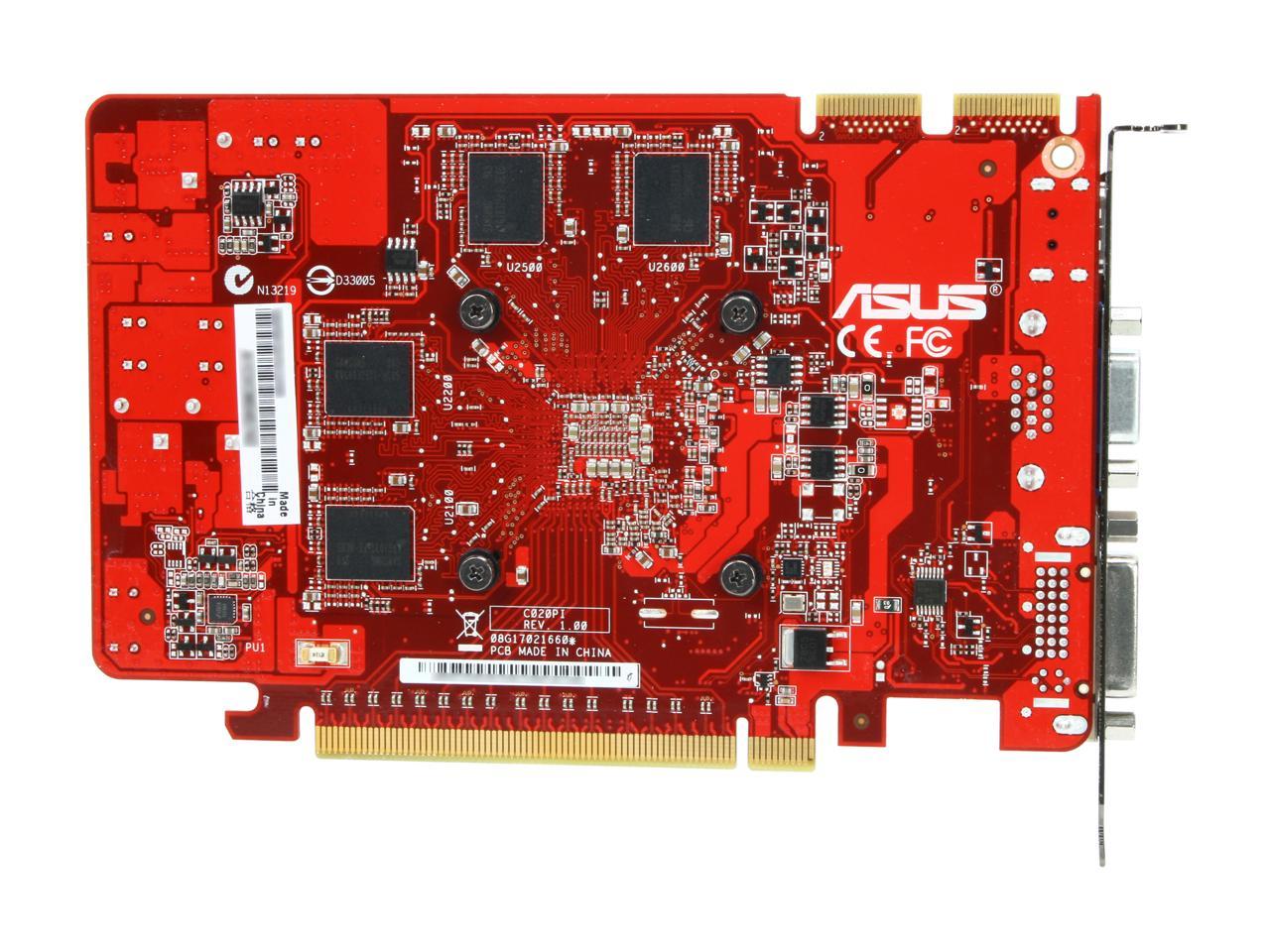 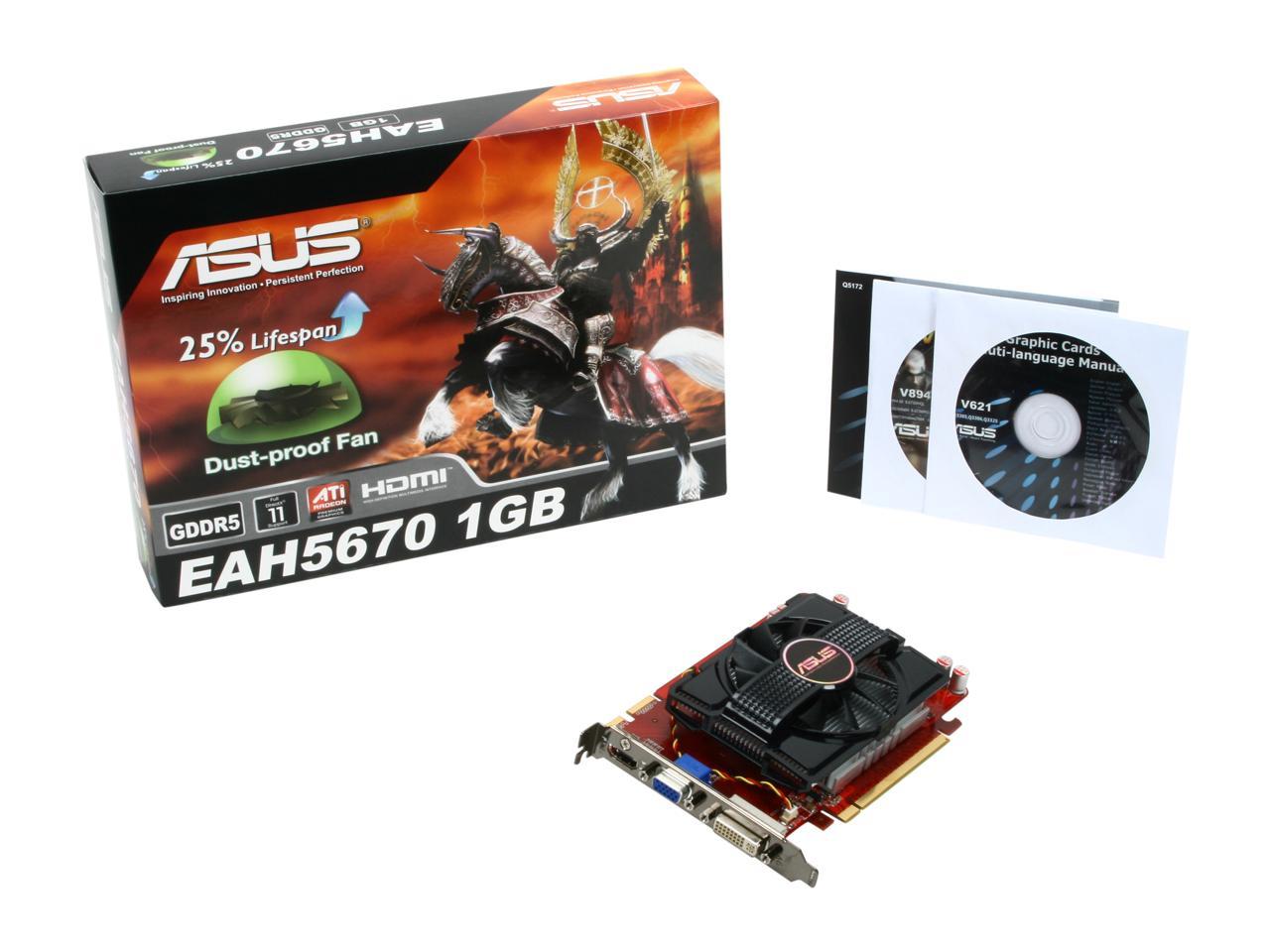 Cons: No documentation other than a tiny quick start guide that only covers the most basic installation information

Overall Review: I bought this card for a budget PC build to primarily be used burning DVDs, listening to music, and playing some older games. This card fully surpassed my expectations; it is able to play WoW @ 1920 x 1080 with everything set at "Ultra" (except shadows, which is set to "high") and 4x anti-aliasing, maintaining an average frame rate of at least 45 fps in almost any situation... cities, battlegrounds, dungeons, raids, and open world. In REALLY intense raids or battles, it will drop down to a low of about 20 FPS but that is still fully playable, at least for me. Also runs Half-Life 2 @ highest settings and 1920x1080 without a glitch. This is all on the aforementioned budget build, which consists of a stock Athlon II x3 3.1GHz, 4 GB DDR3, the ASUS card and running Windows 7 64-bit. Because I had all the other parts, this system only cost about $400 and runs beautifully. If I already had a copy of Windows 7 64-bit, it would have been a paltry $300 for this very capable system.

Overall Review: Went from Nvidia 9300 256Mb, able to set WoW to highest settings and maxed out Sims 3 with a little lag, much improvement...

Overall Review: The 5750 price/performance is MUCH BETTER. If you have the 12v connector and the wattage required, spend the money on a 5750. You will not be dissatisfied.

Pros: I can play all of my games on max settings, Napoleon total war, crysis, fallout, batman... whatever I throw at it, it chews it up and spits out smooth grpahics and frame rates. Also overclocks well.

Cons: puts off some heat when playing Napoleon Total War, you need to adjust the fan setting to kick on different speeds at different temps, and when the fan kicks on high, it is LOUD, sounds like a jet turbine.

Overall Review: At the time I bought it , this card was a great deal.

Cons: Box says that it needs a 450w PSU, which is worrying because that might wear down my PSU over time, who knows? - not the absolute fastest, but it'll run most games at a very decent setting, but you get what you pay for, this is an extremely cheap card which you can overclock.

Overall Review: I've tested it out with L4D2 and BC2 and it has performed extremely great! Neweggs shipping is extremely fast and quick, would be glad to buy again from you guys!

Pros: I just recently bought my second one of these cards, wanting to put them in crossfire. Once I got it into crossfire they perform very well. With only one in I was able to play most all of my games on the highest settings and even ones that wouldn't play on the highest the settings were still high enough to be enjoyable.

Cons: Get a different brand if you are going to crossfire. The 5670 is supposed to support crossfire through the mobo without a bridge. Guess what! It won't work unless you have the crossfire bridge and conveniently the cards don't come with a bridge you have to buy them seperately. Also this card has only a 3 year warranty compared to lifetime warranties from xfx

Pros: Installation of this card was very easy and the graphics blow me away. amazing graphics and plays HD video very well. I upgraded from a 4350. Gives you a windows score of 7.0 graphics and the same for gaming. For the price it is well worth it.

Cons: I was very disappointed with this card. after 3 months of use this card it is very slowly giving up on me. giving me dead pixels and not waking up after going to sleep. contacted AMD tech support and they gave me all these instructions and got the same problem. after sleep mode i had to hard rest. and when the screen saver goes on everything looks like nintendo graphics pixels all over the screen. I tried other cards including the 4350 and they all seemed to work great. Also my pc is high enough the recommended specs to run this card.

Overall Review: If you get this card with a mail in rebate dont get the fast process 4-5 days for a small fee. not worth it, i paid and it took more then 2 months to receive after i contacted citi bank. Also for my pc takes about 10 sec to boot up with this video card. ASUS has one of the worst tech support, always use AMD for tech support.

Pros: Fantastic card for the money. This card is a very good balance between power consumption and performance. I would recommend this card for low to medium gaming systems. It doesn't need a six pin power connector. We'll see if the "dust free" cooling system actually extends life of the card.