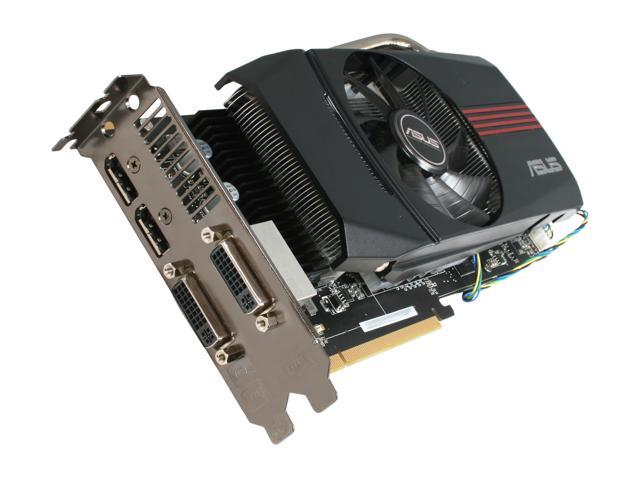 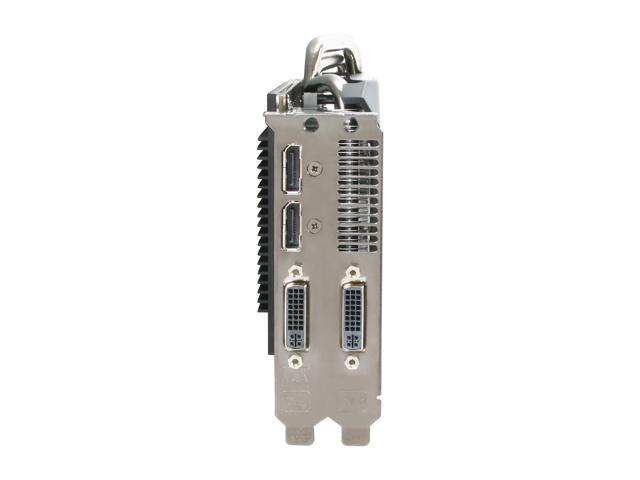 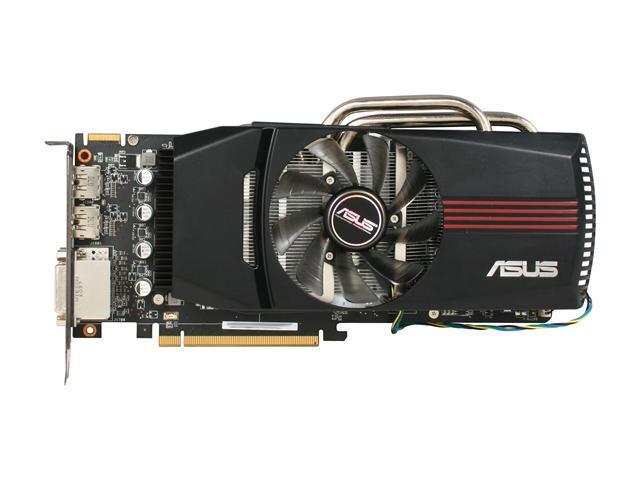 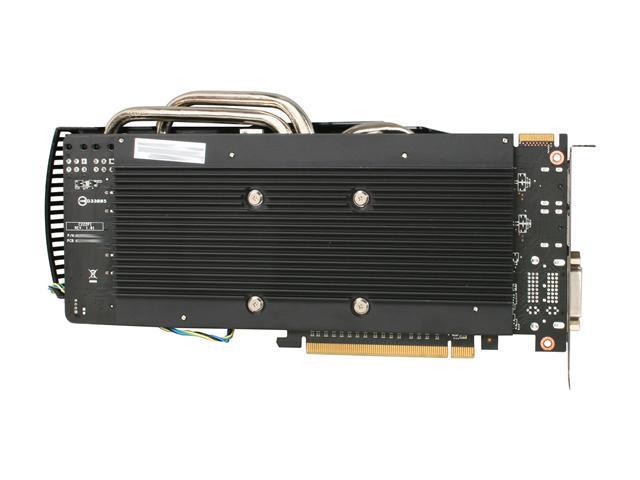 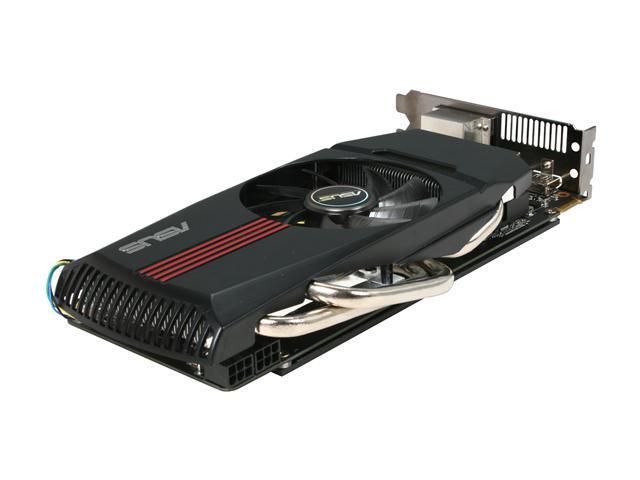 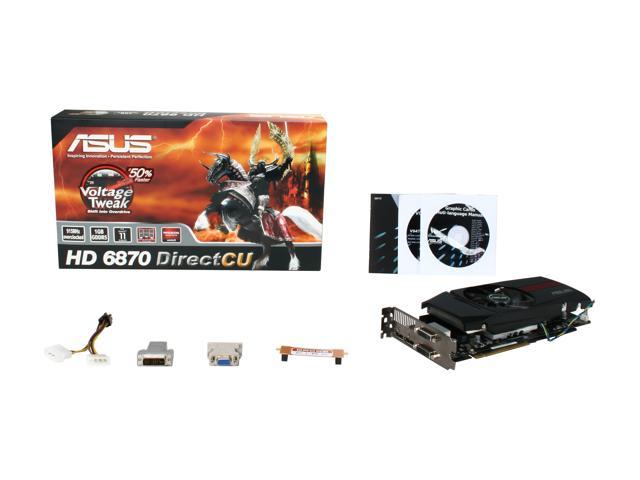 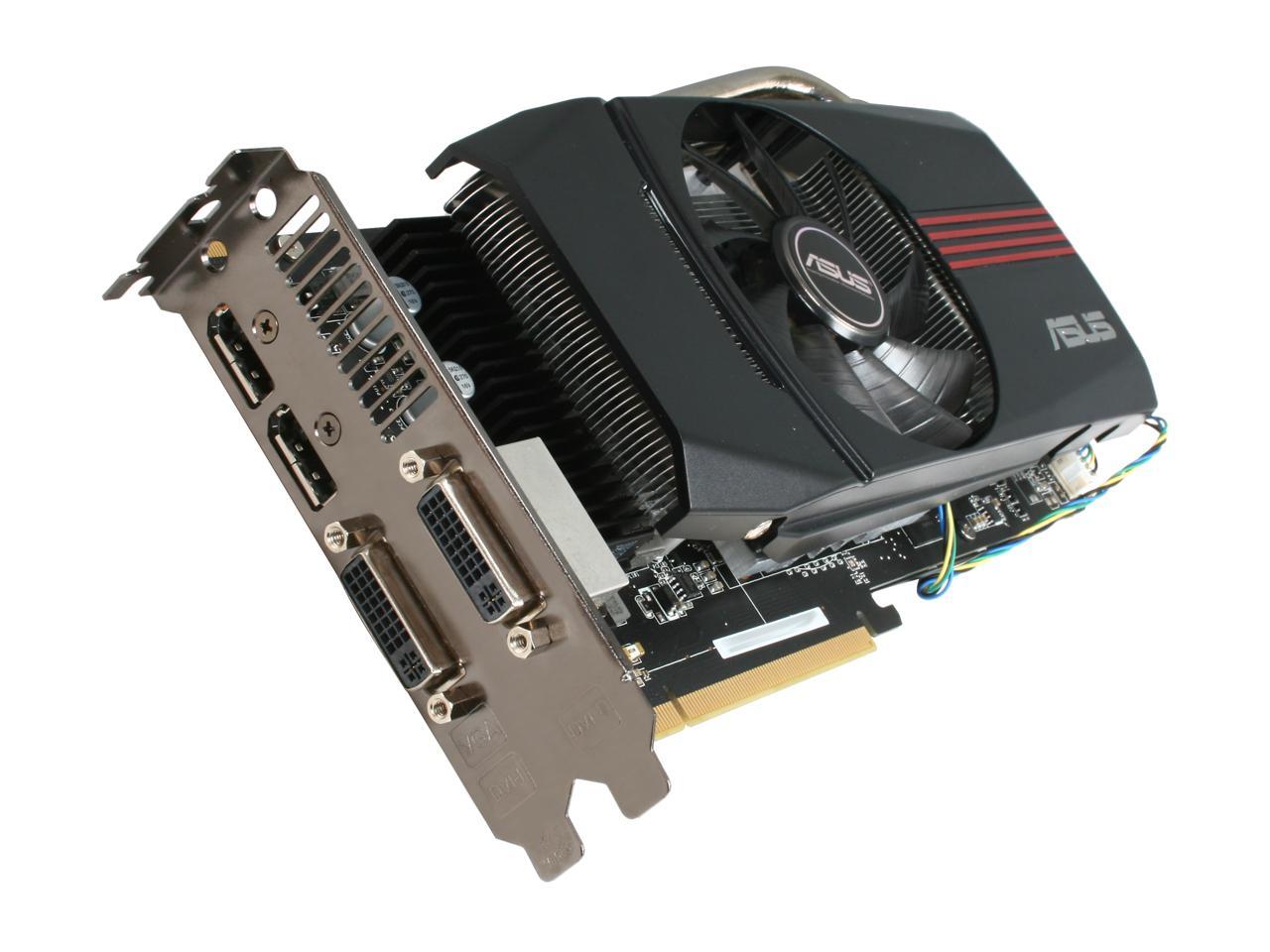 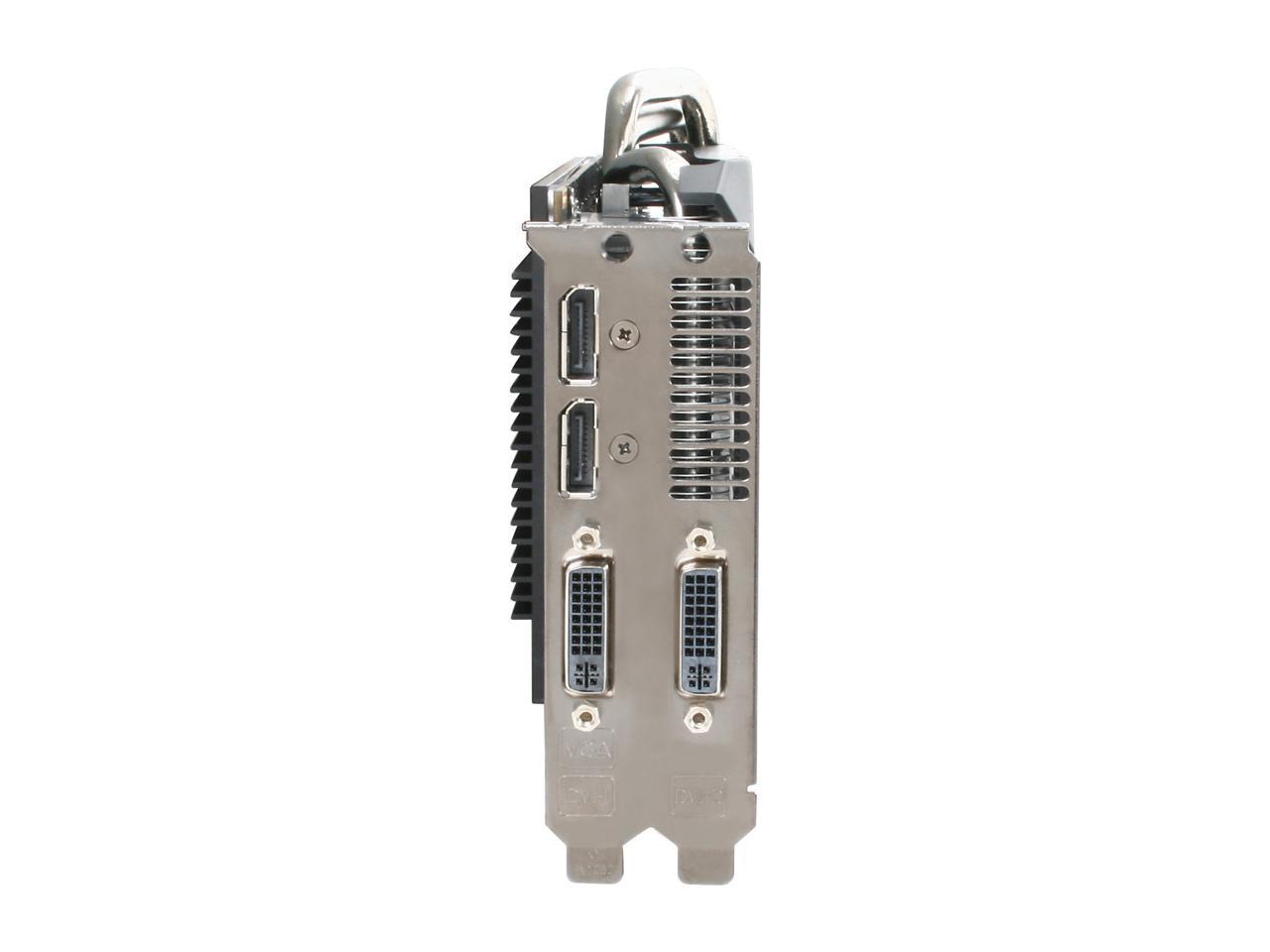 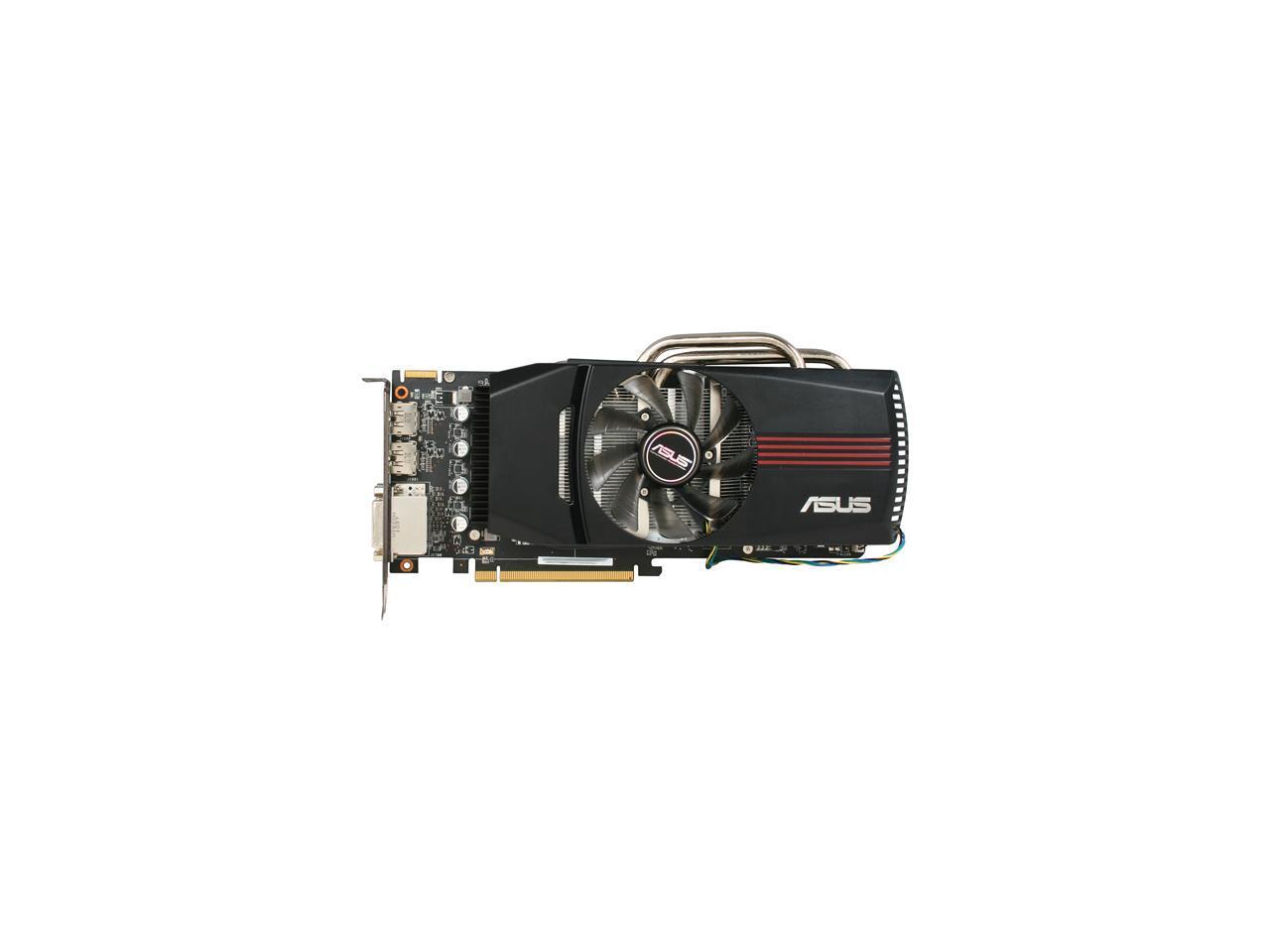 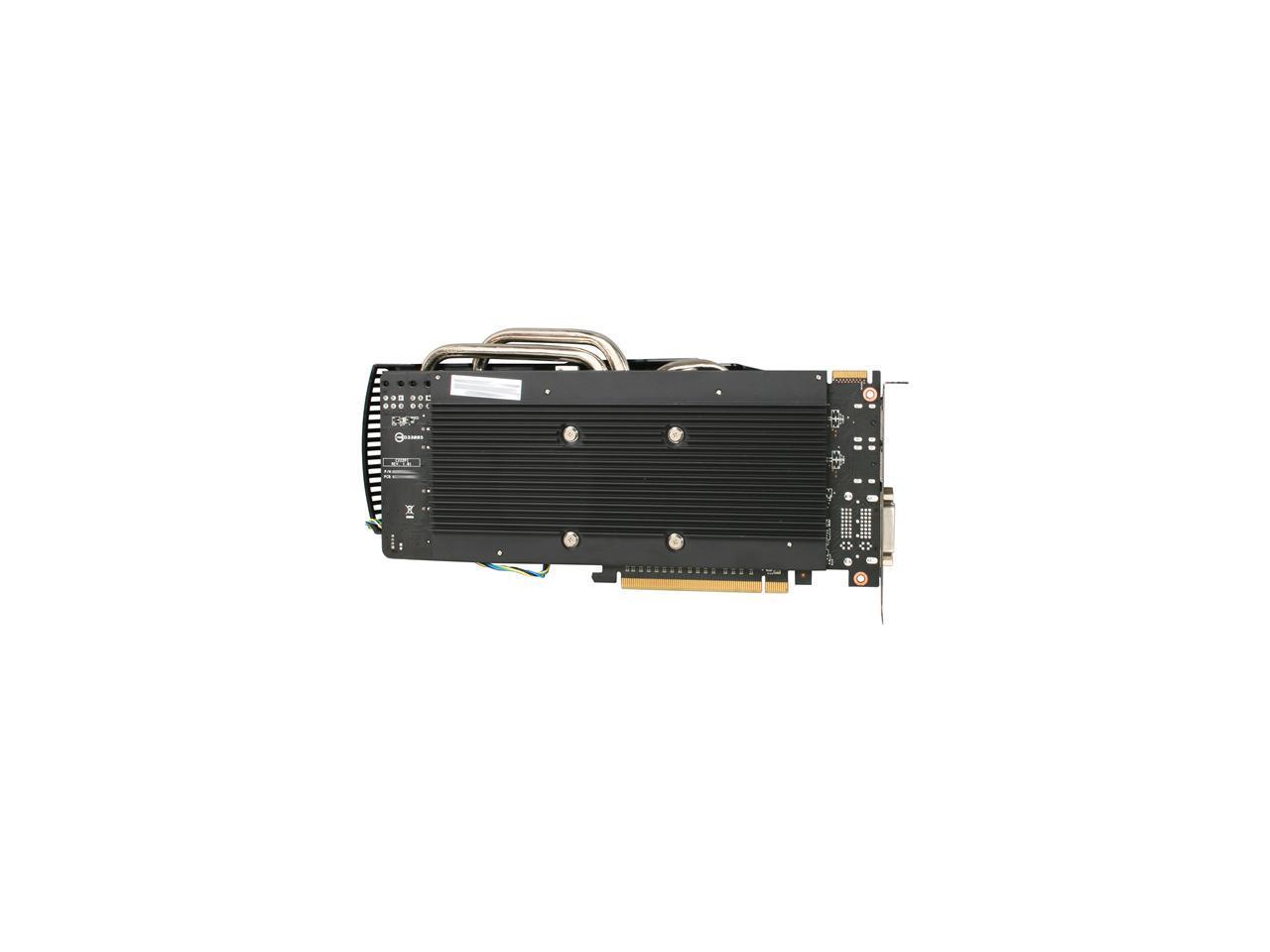 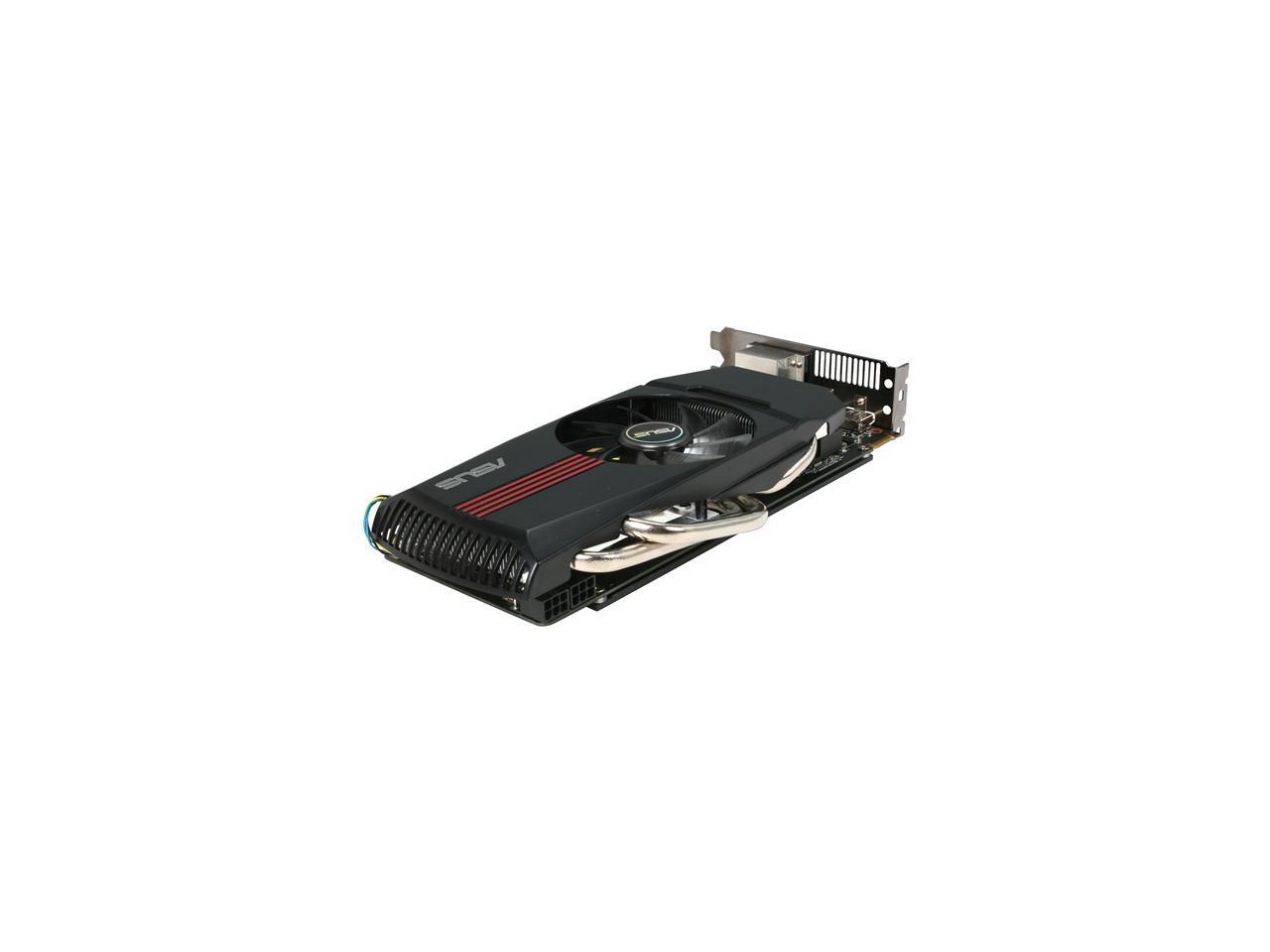 Pros: Asus typically has super reliability etc. I just got a bum Card. the Cooler on it was awesome and probably would have been a joy to use had the card work. 4 eggs because I know had I got a good Card everything would have been peachy and New Egg saved the day. -1 egg just for the hassle.

Cons: The card seemed flimsy. Wiggled around a lot in the port on my Sabertooth x58 and in my MSI k9A2CF-F. The end where the DVi ports etc all interfaced with the card was thin, flimsy and wiggled around a lot too. I felt like I was going to bend it if I didnt hold it tight with 2 hands, It hung off the motherboard like it was sagging on one end. BSOD and crashed both my computers immediately after loading drivers. Both card drivers and drivers from the web site. The utility that came with it had the clock settings and voltages all over the place immediately after install and would not return to default settings. Fried the on board sound on my motherboard. Do not load the Asus monitoring utility.

Overall Review: Asus is a top notch company with excellent products. I do not intend to slander them in any way. I trust their cards and I use Asus motherboards in almost all my builds. Just got a bad card. Thankfully NewEgg is just as High quality a company as Asus and they are right on things when this stuff happens. I wont spend my money anywhere else. Thank you New Egg for being the best online computer parts guys out there.

Pros: Quiet! I cannot hear it and my case sits next to me with the side open. The only two games I have tried are Starcraft II and Black Ops and both are playable at the highest settings with a resolution of 2048 x 1152. The card does not get very warm even after extended gaming sessions. That is both with the side of my very airflow restricted case on and off.

Pros: Quite fast for the money - StarCraft II at 1920x1200 with all the visual goodies turned up runs very well. Unreal Tournament 3 at 1920x1200 also runs very smoothly. Slight factory overclock. Very quiet even under load; I would guess this runs very cool as well, but I haven't directly tested the GPU temperature (although my case and CPU temperatures with system and GPU under load pretty much unchanged--maybe even a tiny bit lower--after the upgrade, and my previous card was a much less powerful Radeon 3850) Looks good! Full-sized DisplayPorts. Very, very solid-feeling. Makes me trust that this card is well-built. Also uses "super allow" components (capacitors, etc.), which, in theory, should lead to better cooling and longer life.

Cons: DON'T install Catalyst 10.12!: Unstable with Catalyst 10.12 (BSODs and such), so I uninstalled Catalyst, ran Phyxion.net's driver sweeper, and, just for good measure, looked through the system files and deleted a few empty ATI/AMD/Catalyst-related folders, then I installed Catalyst 10.10e "hotfix", which has been perfectly stable since. This is more of a con for AMD and their drivers, and has little to do with Asus' aftermarket board. I wish they'd get their stuff together as Catalyst 10.12 has been out for over a month and was purpose-made for the 6000 series cards yet is not stable with the 6870.

Overall Review: Install Catalyst 10.10e and you should be fine! No dedicated HDMI port, though I think I prefer the two full-sized DisplayPorts (which don't allow room for the HDMI port), and Asus is good enough to provide a DVI-to-HDMI adapter (as well as a DVI-to-VGA one).

Cons: card is real heavy and takes up two slots.

Overall Review: This card went onsale 2 days after I bought it. Called Newegg and they matched the price which was wonderful. Newegg has always taken care of me and thats why I always shop Newegg.

Pros: ASUS Delivers as usual. This is a Perfect option if you need a high performance, upper range VGA without spending exorbitant amounts of money. I Added this Card to an AMD Phenom II Quad Core system 3.4 GHz with 12 Gb of ram and It will blow through any video task without a hitch. I can play pretty much any game at full resolution with highest quality settings without sacrificing too much framerate. I am a photographer and need the extra graphics horsepower to process my images quickly. This card made a difference when running Photoshop and Lightroom. The programs open very quickly and process much faster. I also edit 1080/60p video occasionally as my video camera is capable of shooting in that mode. Once I added this graphics card to my machine, it became the only one I know of that can play it back smoothly. This thing is a beast with it's huge cooler with heat pipes but it does keep the thing cool and stable. Fan is quiet though because it doesn't have to run at full blas

Cons: As expected in a high performance VGA like this, Its big and heavy taking up 2 card spaces and because it has an aluminum backplate to support it (which is actually a good thing) it might be difficult to fit a card next to it. So, depending on your motherboard and case, it might take up 3 slots. It takes up 2 pci power connectors from the power supply, I guess one is for the fan. 1 Gb of vram compared to other options but that's why this one is cheaper

Overall Review: Overall very satisfied with this card. I use ASUS components when I can because they are the most reliable. The "Rock Solid" in their motto holds true. This thing is constructed very well. I think the AMD/ATI vision system works very well, especially since they are the same company now. I use ATI gpu's exclusively because they simply perform better and are way more reliable than Nvidia gpu's In my lifetime of working with computers, I have seen 6 Nvidia cards fail by going out completely or showing horizontal bands. 2 were mine and the others were from friends and family's computers. I have yet to see an ATI gpu fail. They don't always have the speed edge compared to Nvidia but ATI's are more stable and will outlive an Nvidia. Plus ATI cards have better drivers.

Pros: -Performs extremely well for the price -Runs cool and quietly, more so than the reference design -Can be overclock easily above 1ghz without raising the voltage -Higher quality components than a typical card's -Comes with supplementary heatsinks on the voltage regulators and ram. I can play any modern game maxed out at 1680X1050. This is easily one of the best cards for the money at the moment. As mentioned before, it runs verrrrry cool (after playing Just Cause 2 for 2 hours, it only maxed 64C.

Cons: It dumps some of the heat in the case, so I wouldn't recommend it for those with cramped generic cases. Also, it's much longer than the reference card, make sure you have enough space for what is essentially as long as a 5870.

Overall Review: If you want to check out my video overview on YouTube, search "ASUS 6870 DirectCU."

Pros: Speedy, stays cool, and its VERY quiet!!! Compared to my 4850 which sounded like a jet, this card I can barely hear the fan.

Cons: Even longer card than my previous 4850. If it were any longer, I don't think it would fit in my case at all. I have a regular mid tower case.

Overall Review: The design looks very slick and nice. Also, I liked Newegg's combo on which i got Shogun for an extra $5 with this card plus the $20 mail-in rebate.

Pros: Runs fairly silent, especially for a beast such as this. Blows through Crysis (with better than Very High graphics), Fable III, GTA IV, Dragon Age 2 (with Hi-Res pack), and anything else I threw at it at 1080p on all max graphics without breaking a sweat. Overclocks very easily. I'm running at 1000/1150Mhz and barely topping 60 degrees under load. What more could you want from a graphics card?

Cons: It's huge, but other than that it's rock solid. A lot of people complain about ASUS products, but over the last few years I've never had an issue.