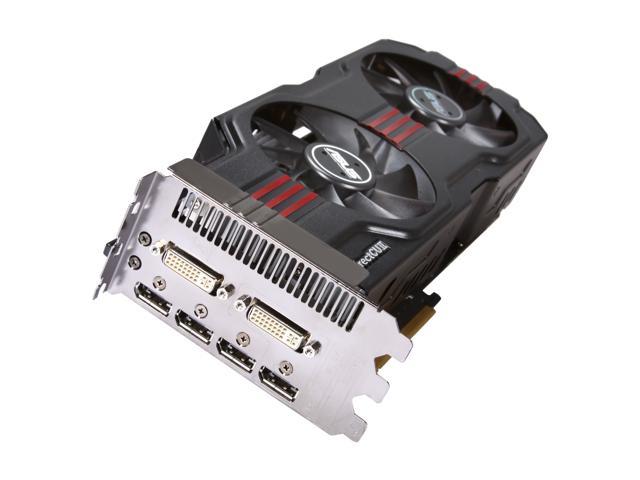 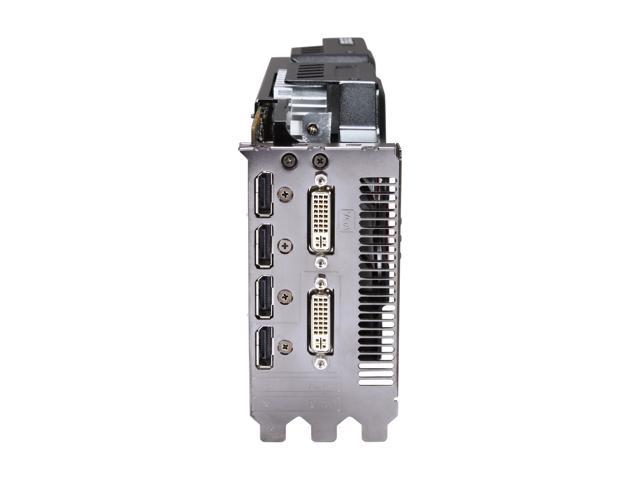 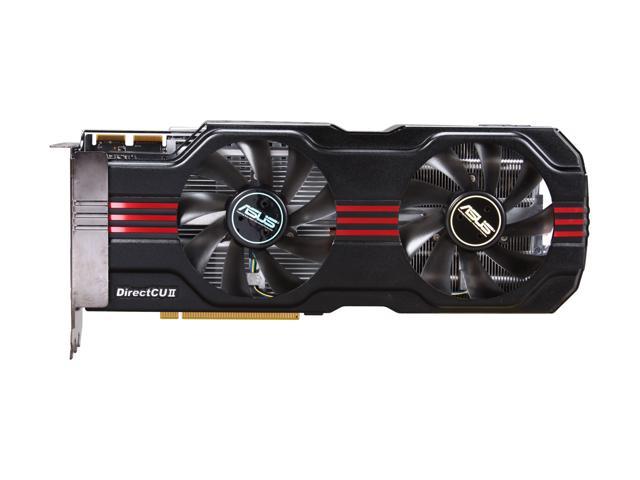 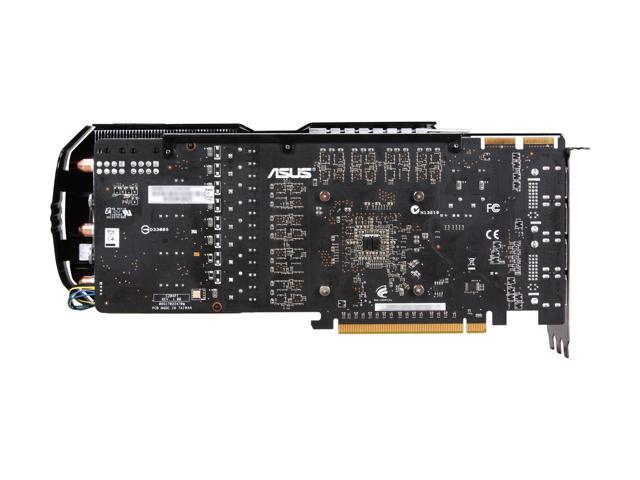 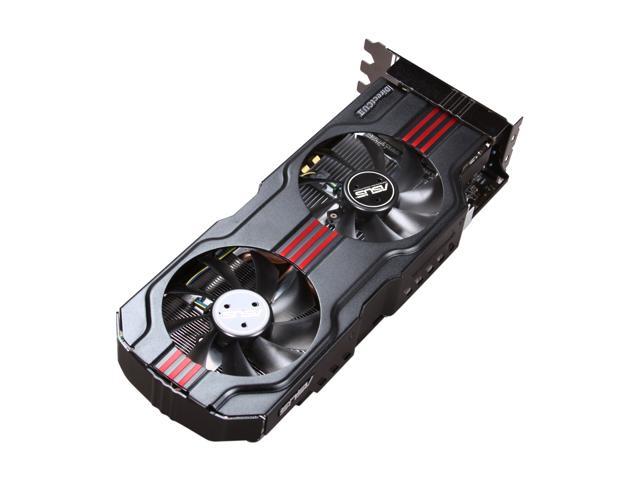 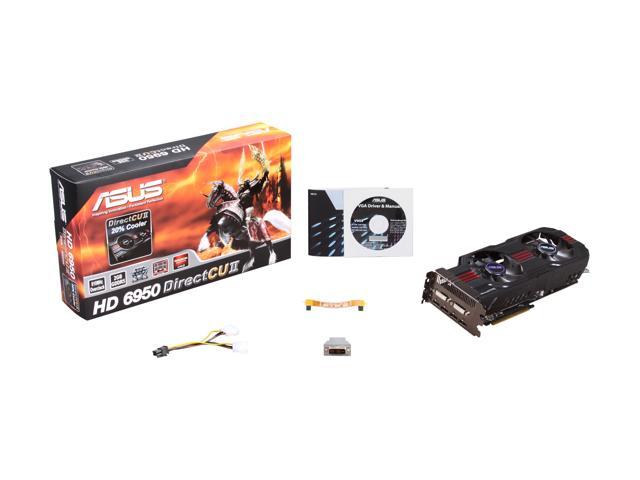 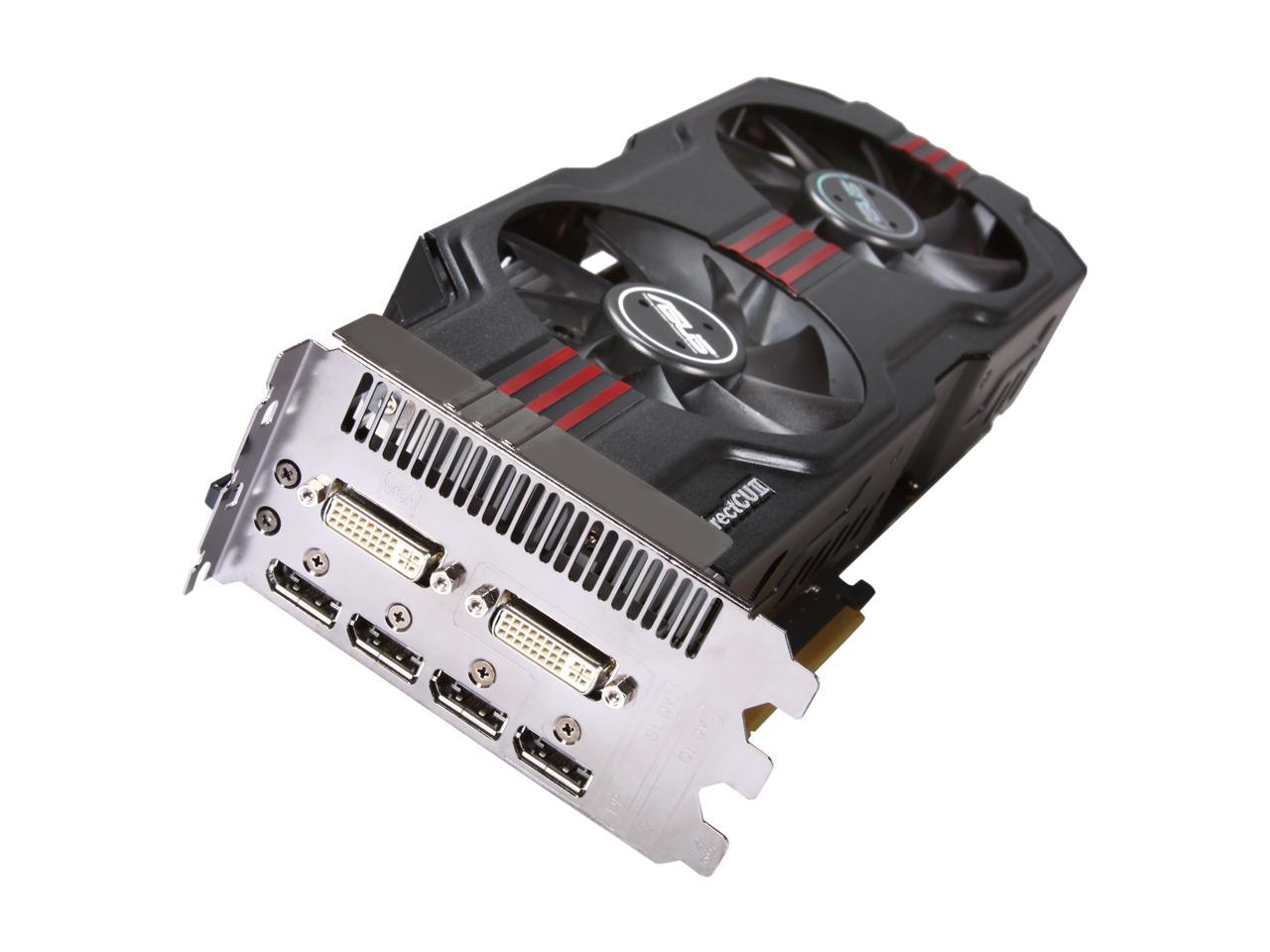 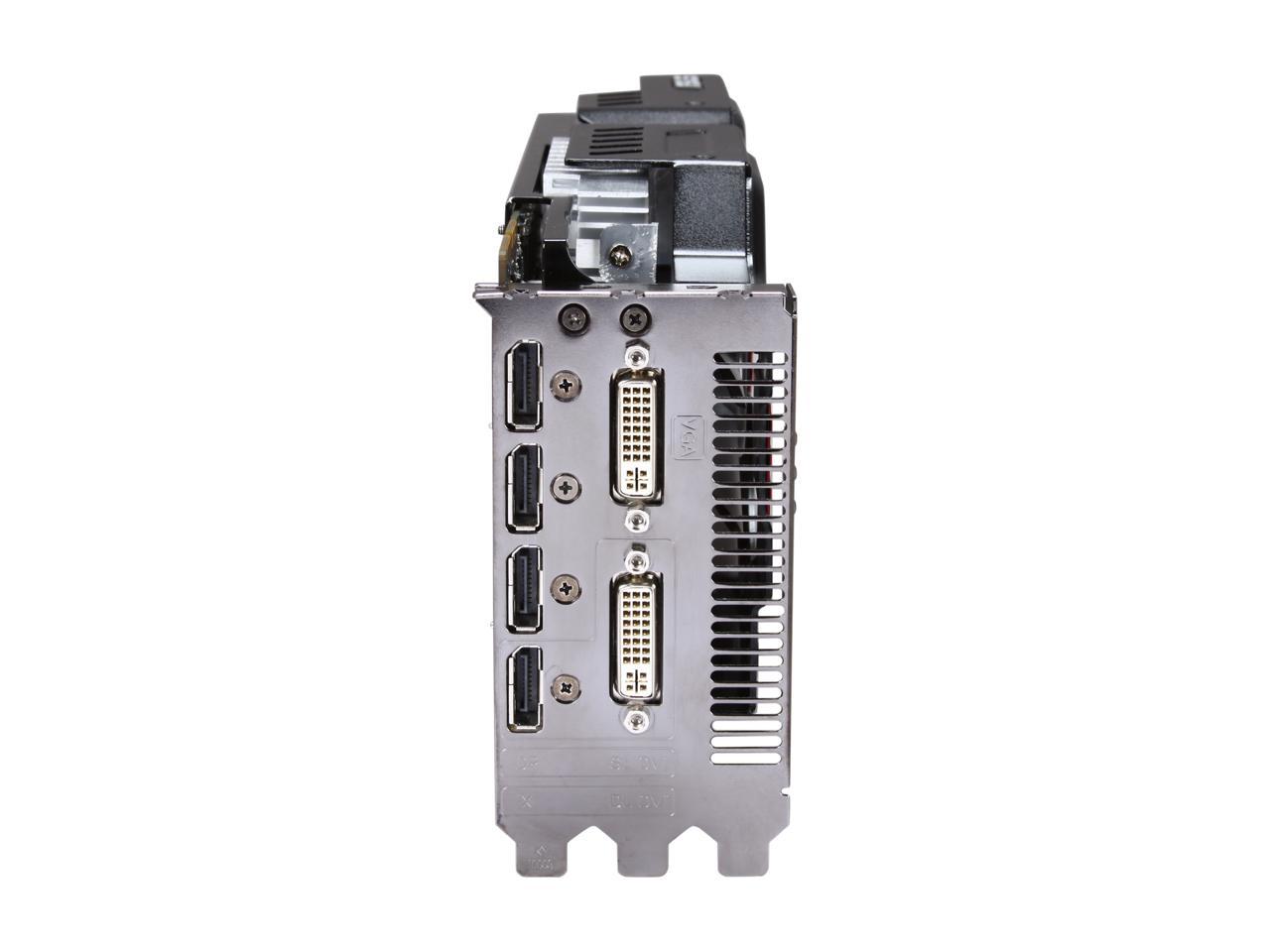 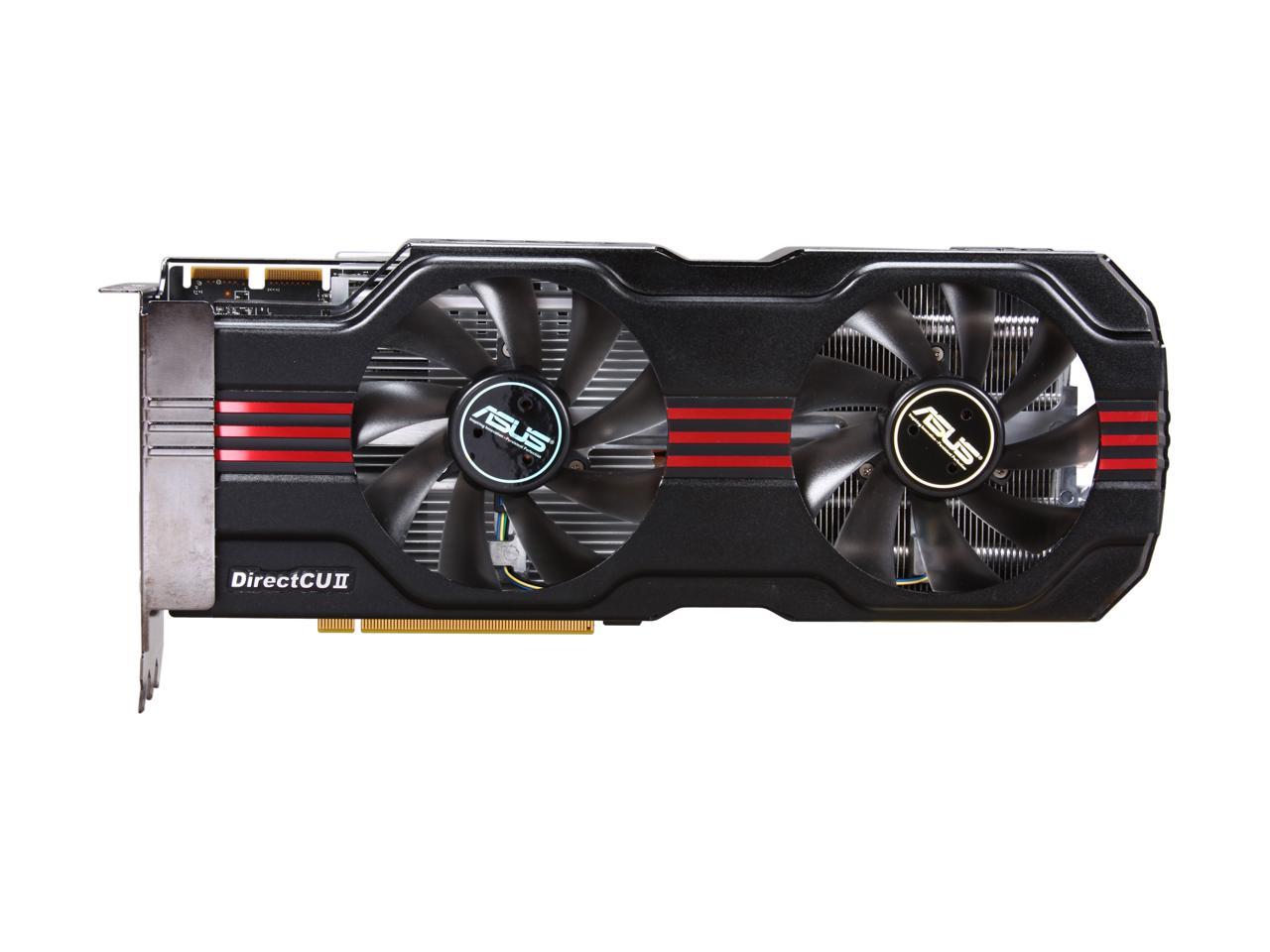 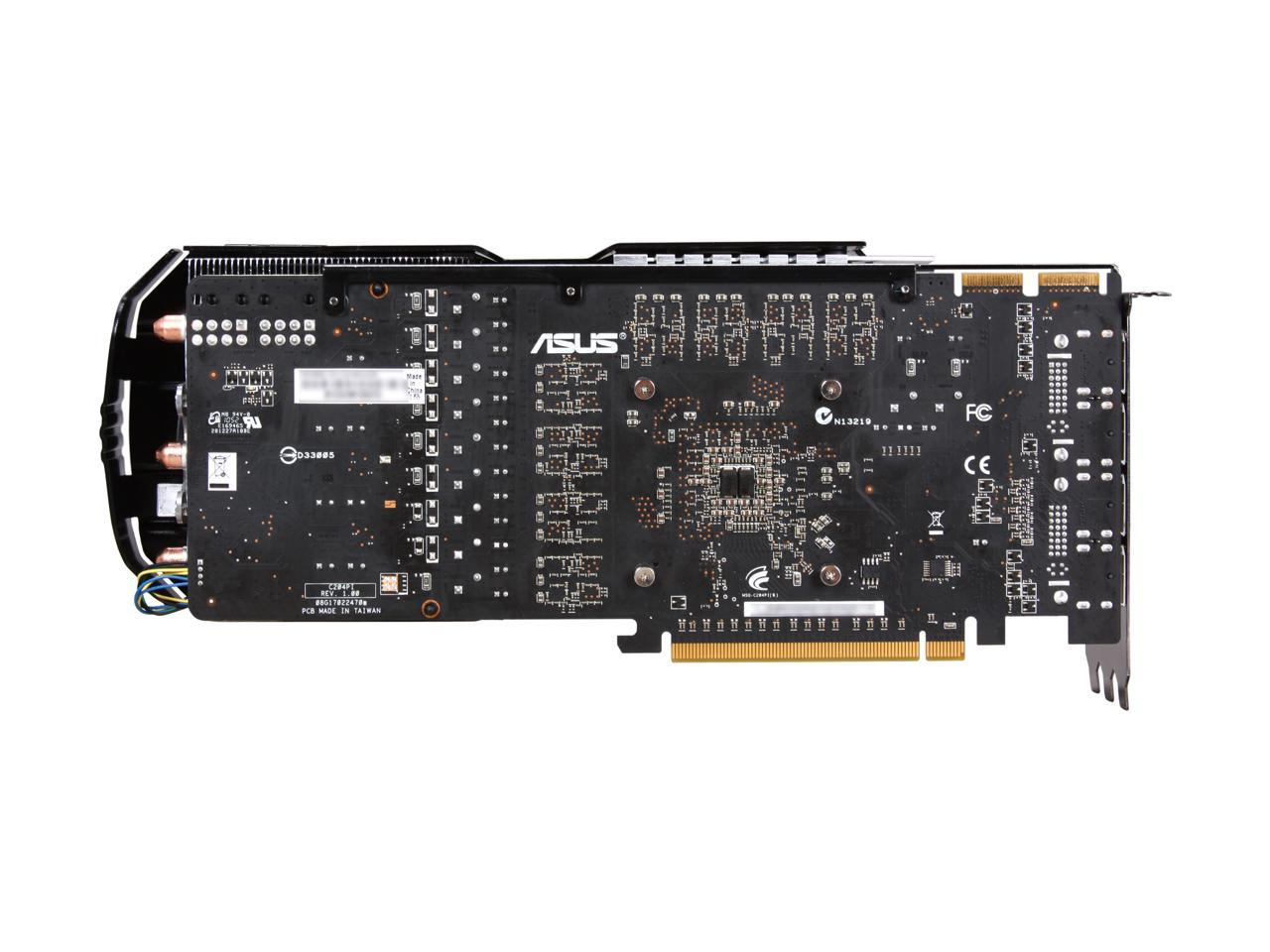 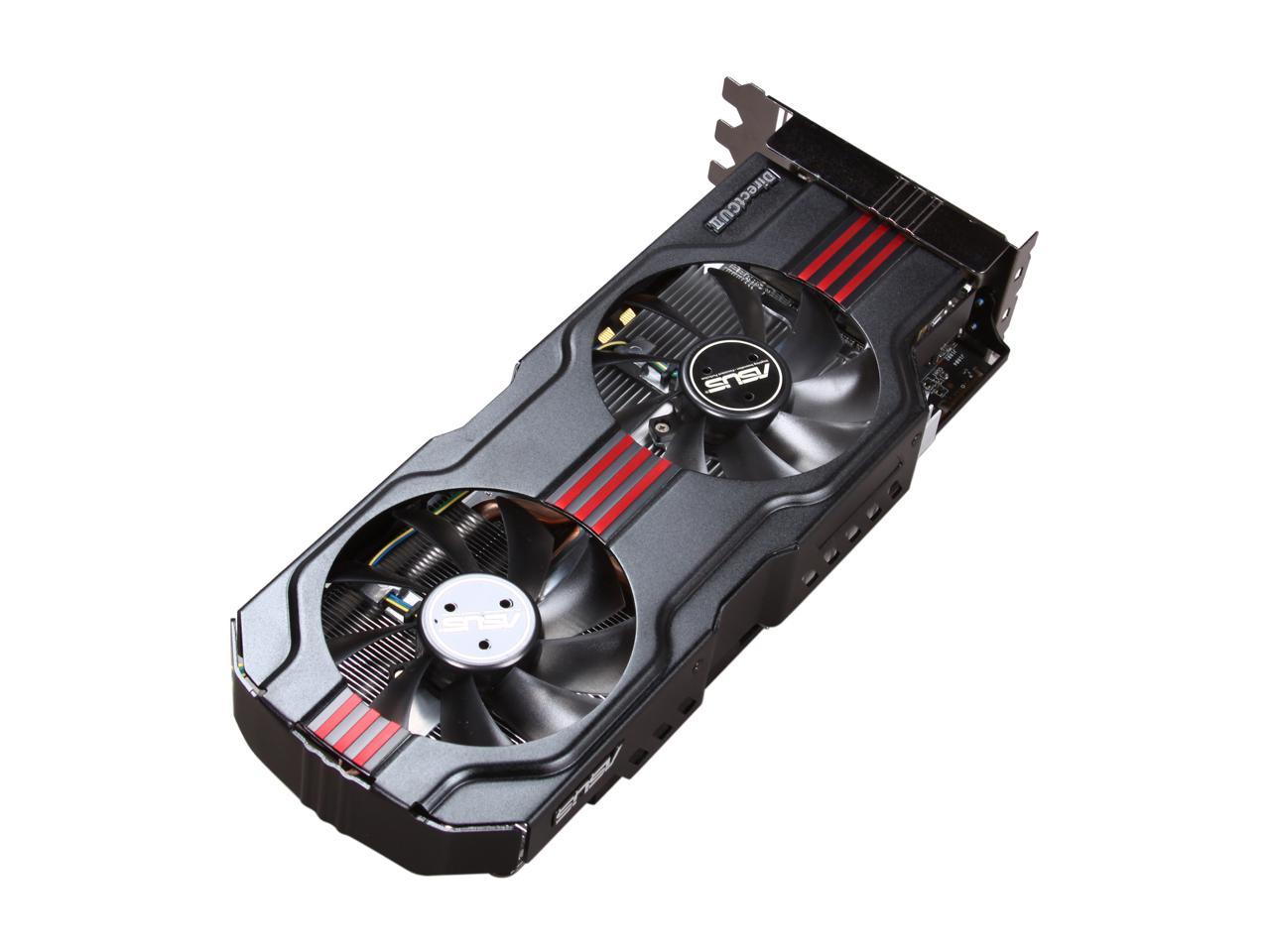 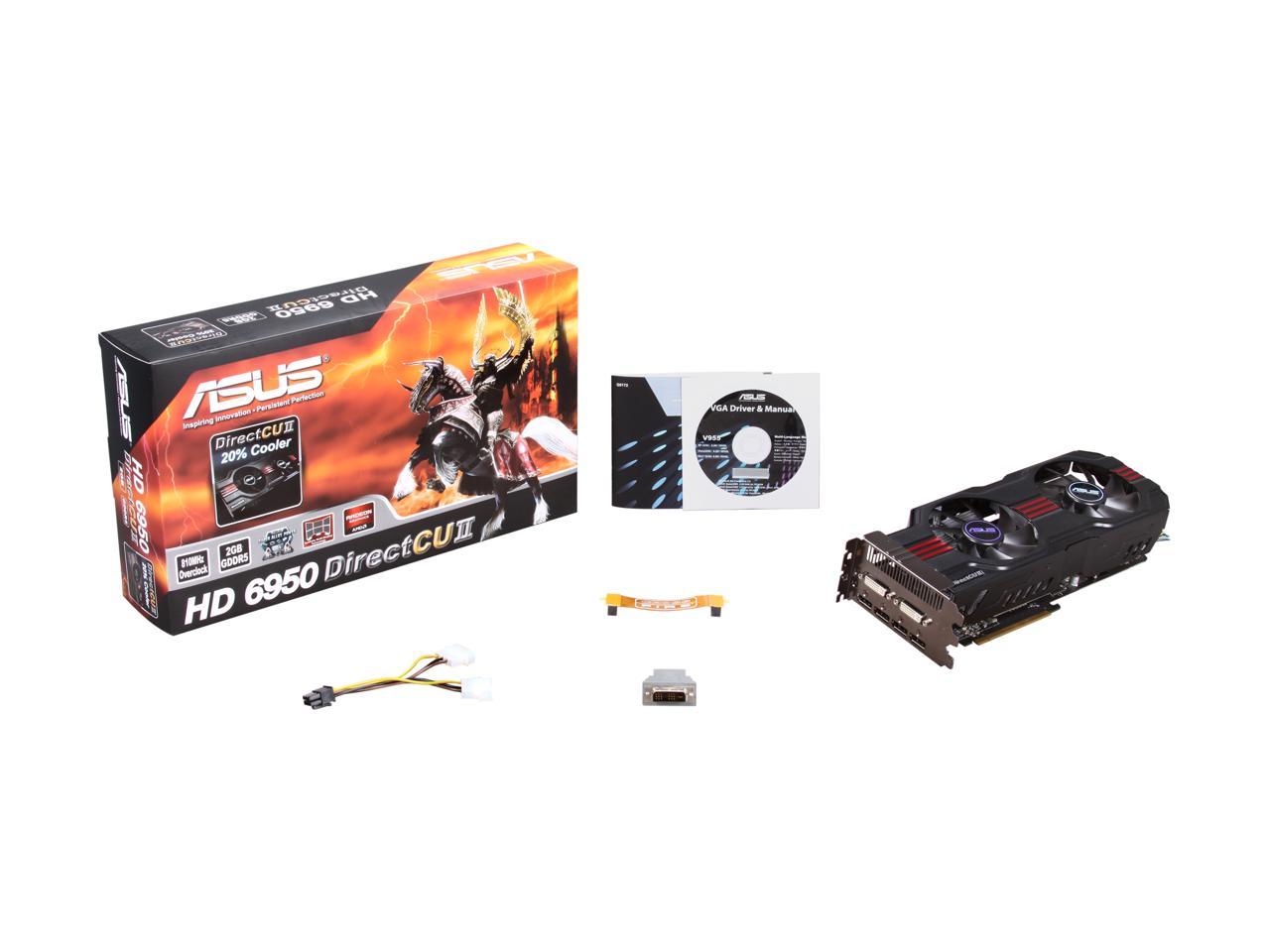 Cons: It's BIG. Takes up 3 pci slots so make sure you got room.

Pros: Reasonable price. One of the best aftermarket coolers if you over clock. Takes most of what I throw at it with ease.

Cons: SIZE, this thing is HUGE, make sure you case can fit it! The switch on this card IS NOT for dual bios, you cannot flash the bios to a 6970 card, if you're planning on doing that get a reference card not this model. (see other thoughts)

Overall Review: Though you cannot unlock the shaders/bios in this card. This card is an over clock king, it can easily beat the 6970 when over clocked and still runs cool as a cucumber.

Pros: This thing is awesome! Though the drivers that came with crashed BF3, the updated versions from the ASUS website fixed it. Now I'm running EVERY setting on the highest no problem! I still haven't seen the temp get over 45C even after playing with friends around the clock for almost 24hrs. Pros - Sheer Power - I'm sure it will handle anything that I can throw at it for a couple of years Cooling - The two fans and beastly heatsink really do the trick. Good Toolset - Comes with 'GamerOSD' which lets you take screenshots and capture video in a lot of different resolutions. The 'SmartDoctor' tool has a decent fan controller and temp monitor for the card. It also has some basic overclocking and voltage settings. Compatibility- Worked with all my other components which includes an AMD FX processor. Shipping - Came alive and well with no damage to any of the packaging or other products. On time.

Cons: Nothing negative to say about performance. It really puts out and stays cool doing it. Size - This thing is HUGE! It almost didn't fit into my Antec LanBoy Air, I had to really work it in there. Also, it takes up three expansion slots on your case. Power - Needs an 8pin (or 6+2) and a 6pin peripheral power connector. Not too bad if you consider 2GB and massive processor performance on a single card vs. two in XFire or SLI. This can also be said for the expansion slot requirement.

Cons: huge card - was ultimately the cause of my problems, even though it wasn't obvious at all.

Overall Review: This card barely fits in my case, but it does fit. I didn't have to force it to fit or anything, but once installed, the very end of the heatsink was resting comfortably on the corner of my hard drive cage. Never in a million years would I have suspected this to be a problem, but apparently with the heatsink being supported on the end, the pcb essentially (falls away) from the heatsink. There's was no physical separation, but basically the heatsink was prevented from sagging, where as the pcb was not. Initially I was seeing gpu temps around 88-90 degrees C. After bending the corner of my hard drive cage downward very slightly, allowing the vid card to sag and not touch anything, my gpu temps dropped to 59-60. (under full load) So anyone with higher than expected temps, I'd suggest checking to make sure nothing is supporting your card in any way. Letting it sag under it's own weight made all the difference in the world.

Pros: Picked up 2 of these, running everything from bf3 to KoTOR flawlessly with maxxed settings ( or above max in the case of KoTOR)

Pros: This card is a beast. Plain and simple. Got it for my first build back in September, got it over the 6850 on a last-minute splurge and I definitely don't regret it. :)

Cons: This thing is huge. I know everyone says that, and I know the pictures may make it look big, but it means nothing until you hold it in your hands. It. Is. HUGE. But I knew that before I bought it, not really a con anyway. Good thing the Lanboy Air has the drive cage expose or the card wouldn't have fit! It sits nice and snug right on top of the angled SATA ports as well - couldn't have asked for a better fit :)

Pros: This card is amazing! Its construction is rock solid and has some of the best power delivery systems I have ever seen on a card. Thing hits 950 @ just over 1.2v stable without breaking a sweat along with running madly cool. I top out at 70C gaming with custom fan profiles.

Cons: Mad big. By big, I mean this thing is HUGE! This thing is 11.7 inches long so make sure you have space as it BARELY fits my 690 II adv. As a rule of thumb, grab a ruler and put it onto a PCI bracket, then see if it fits into your case after shaving off a bit on the end. Also thing is a bit loud with my custom fan profile, but I expect that.

Pros: I purchased this card to reduce my computer noise and this card is dead silent and stays very cool. I highly recommend this card.