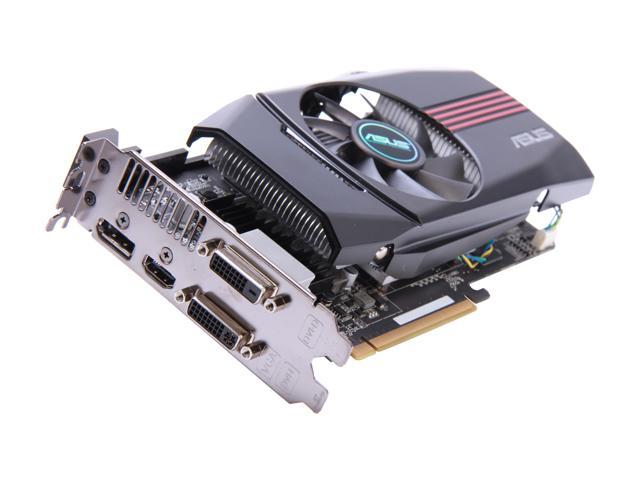 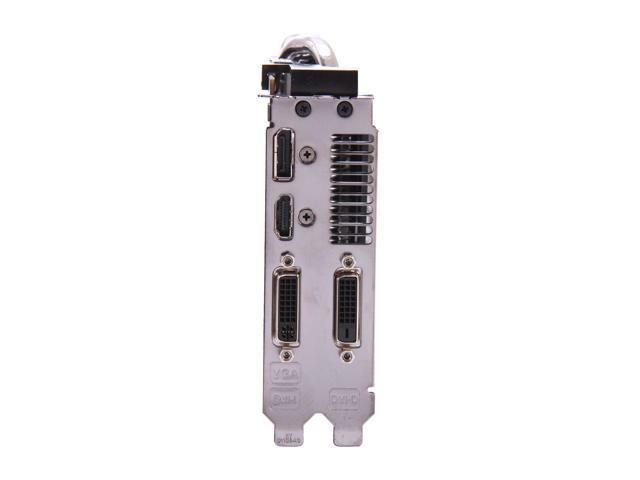 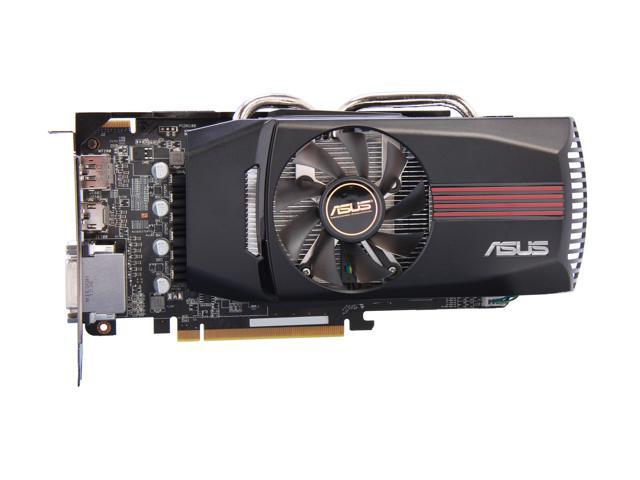 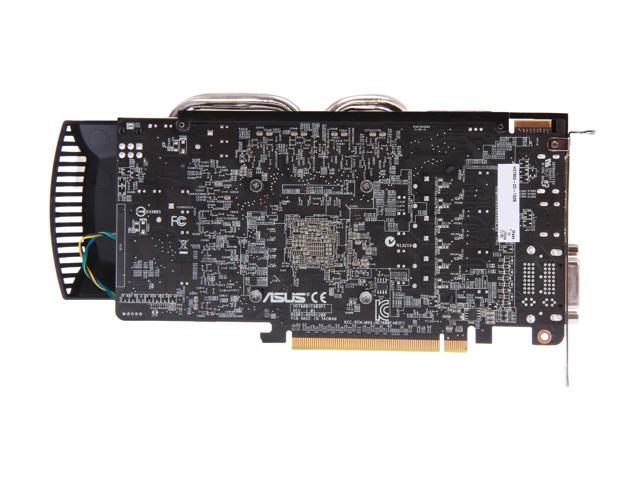 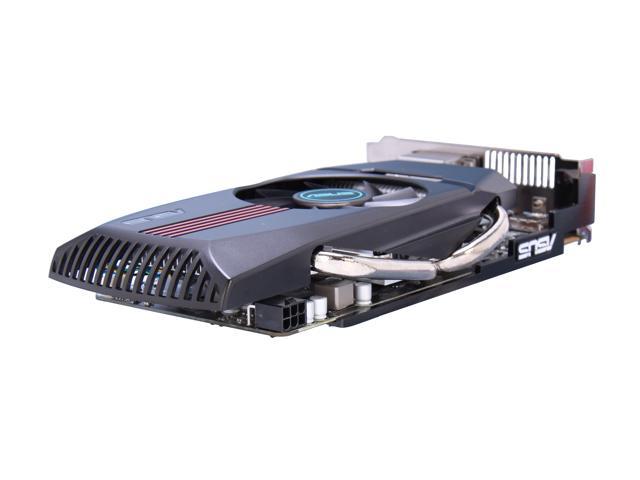 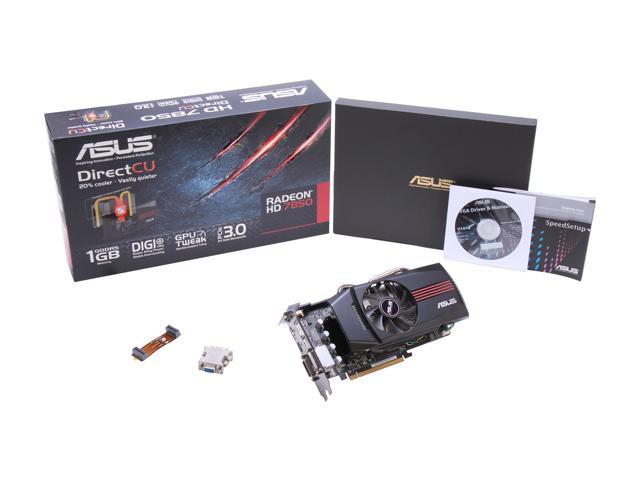 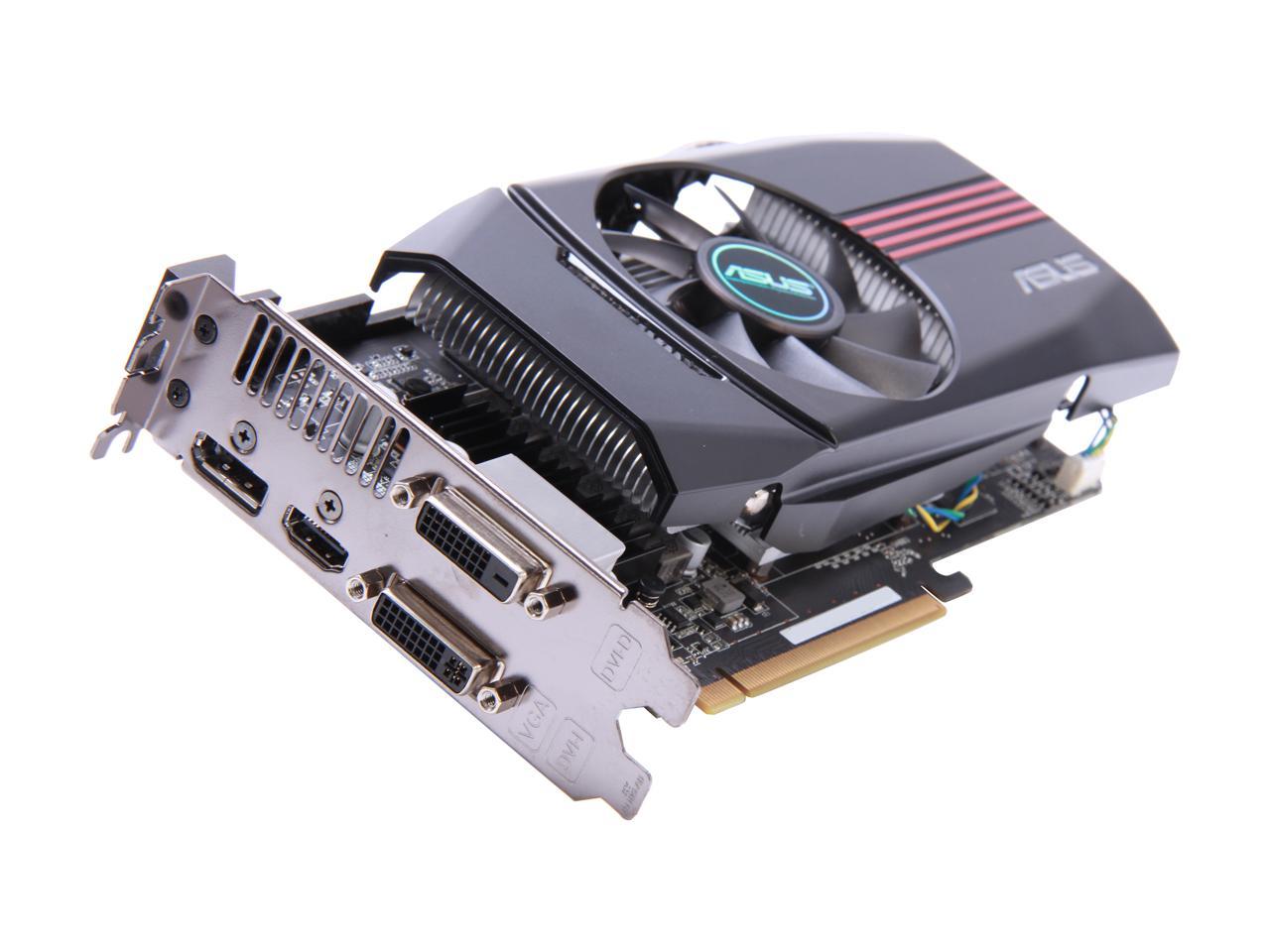 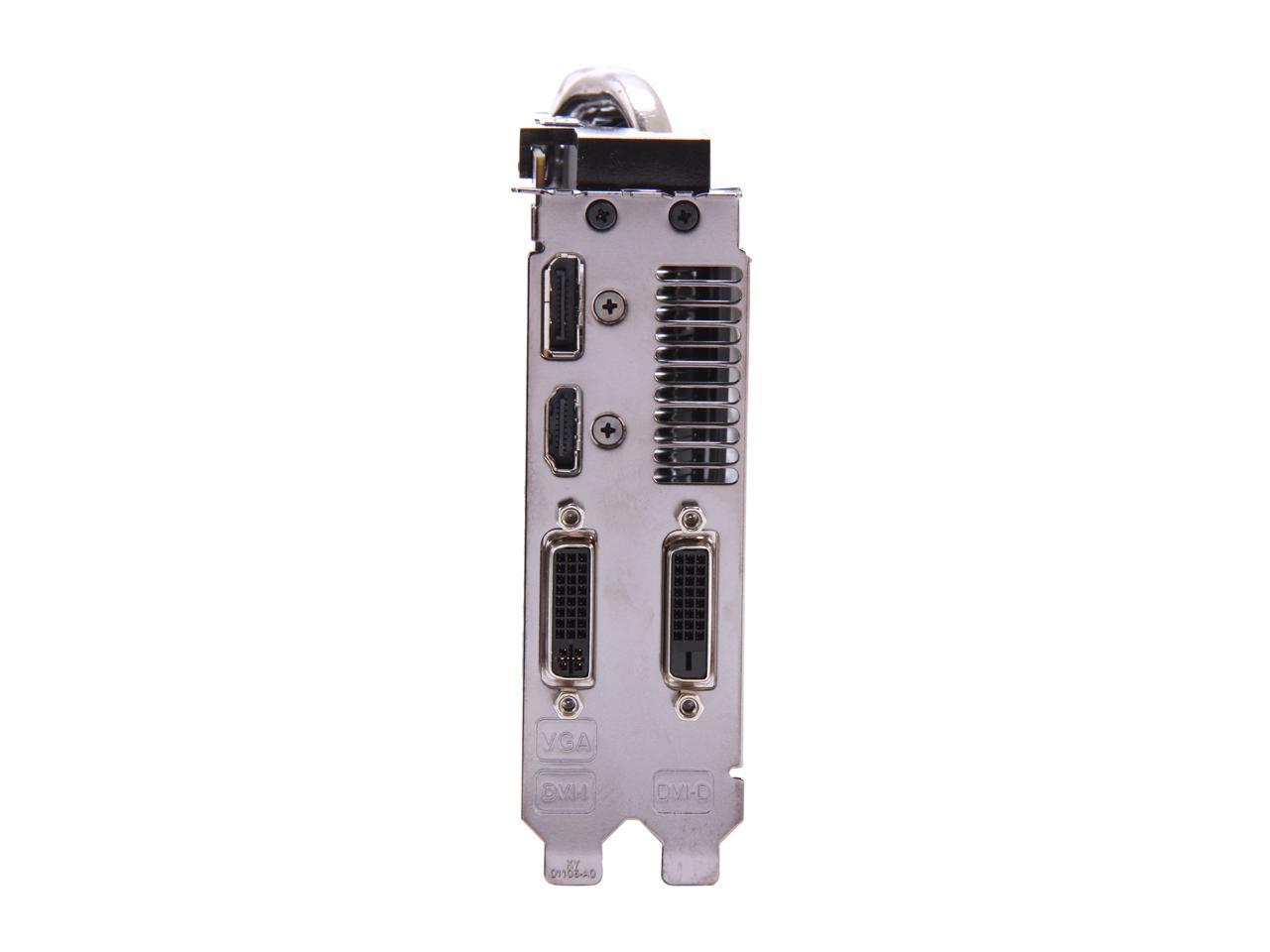 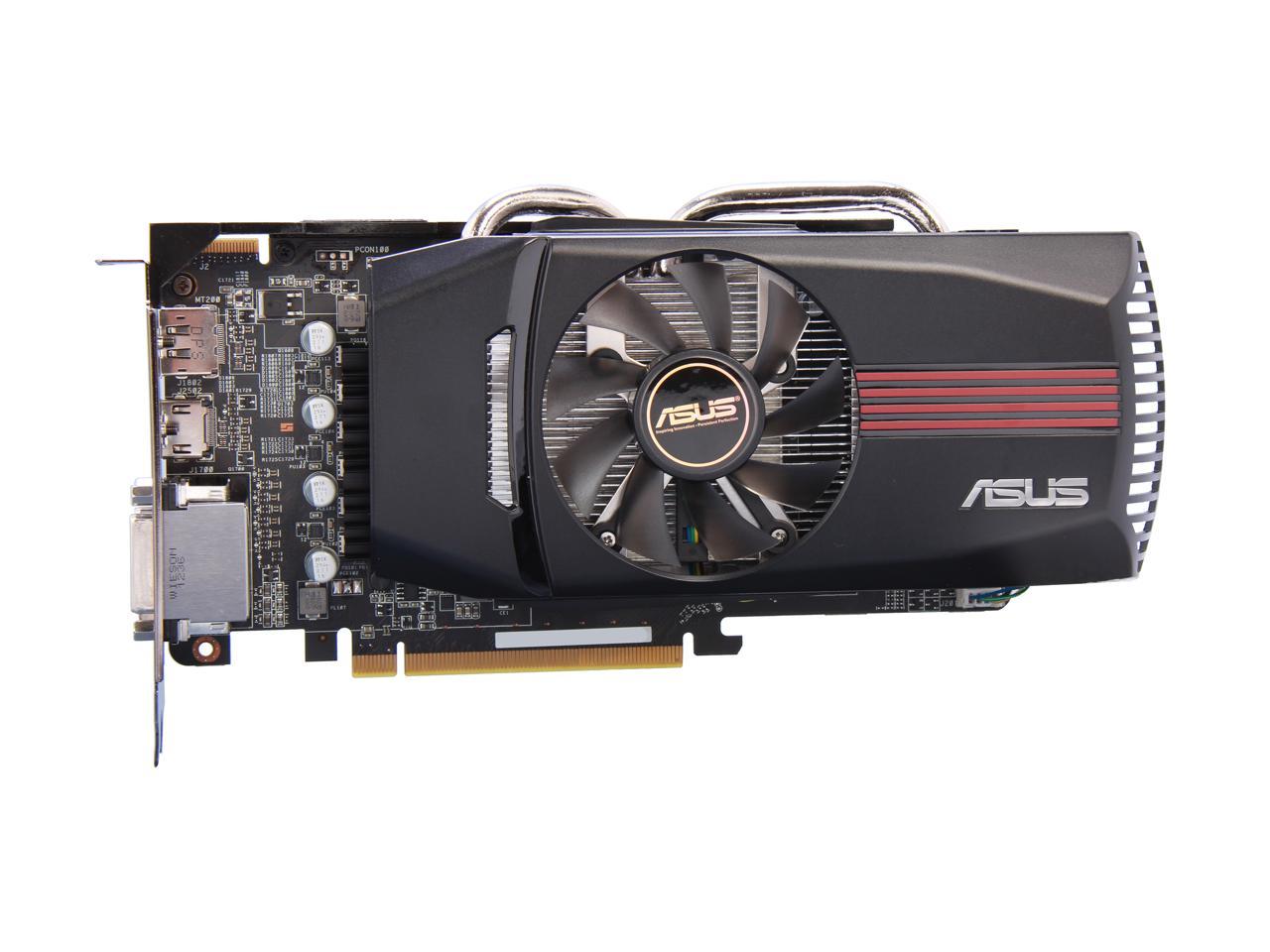 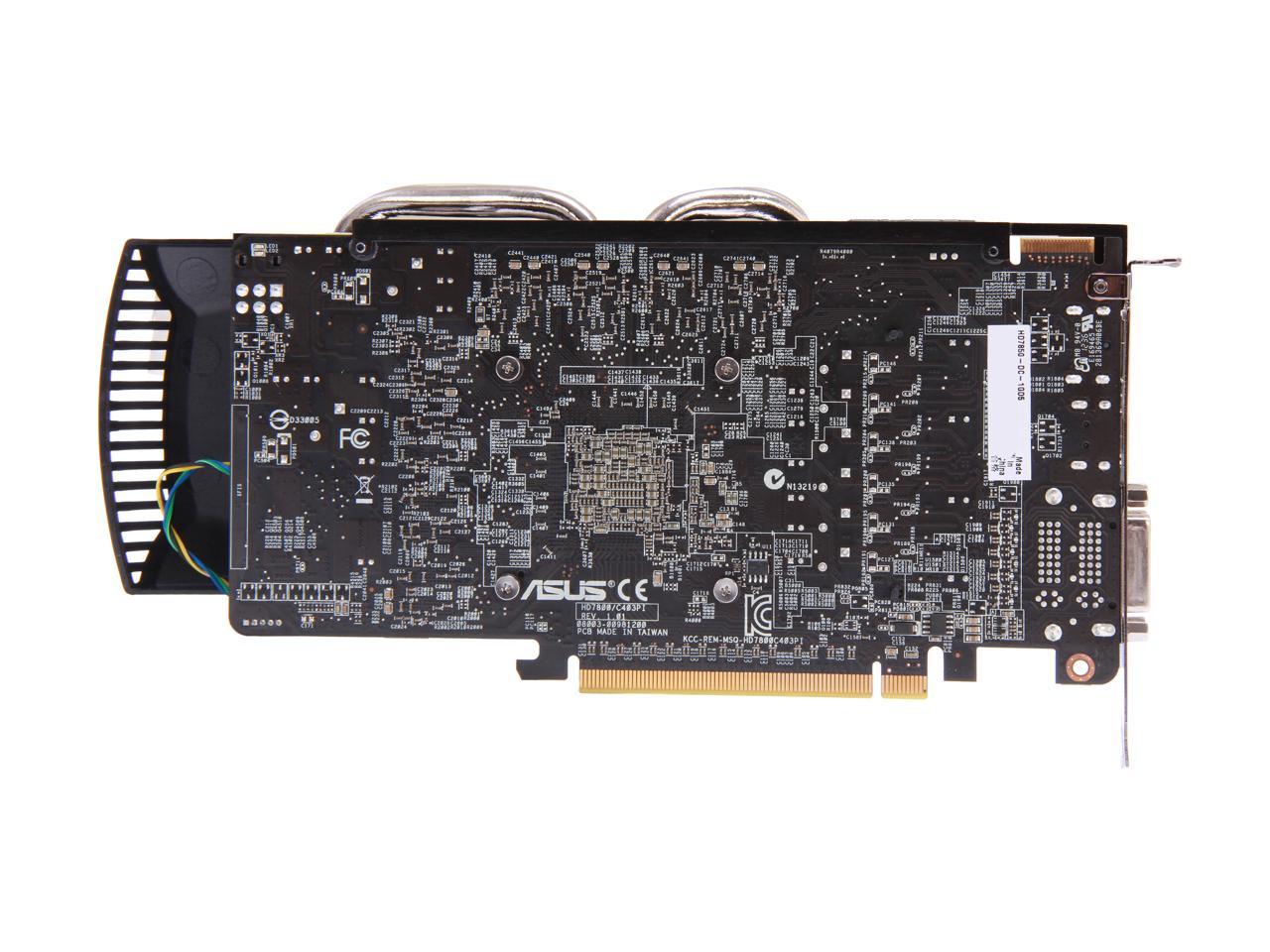 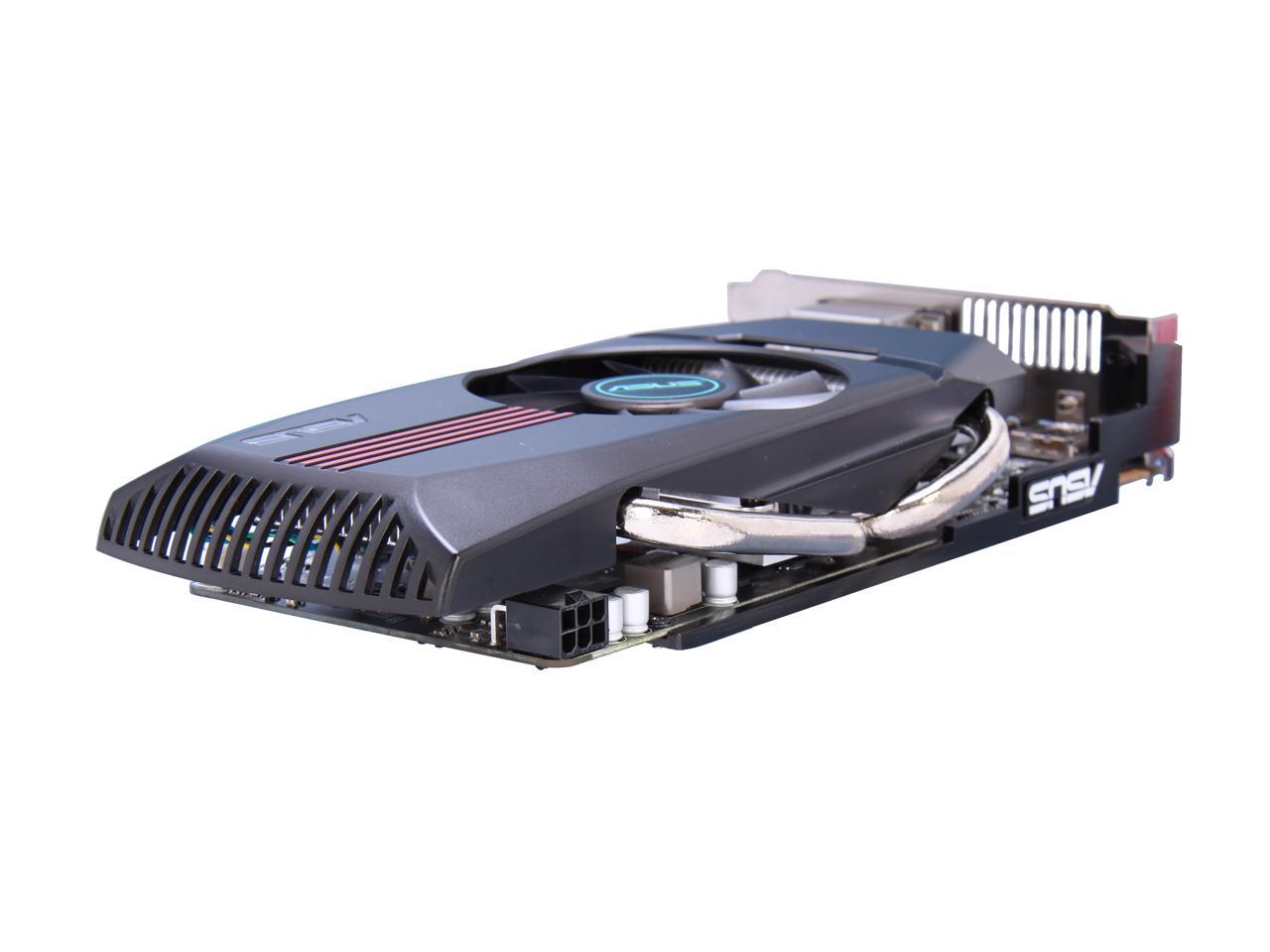 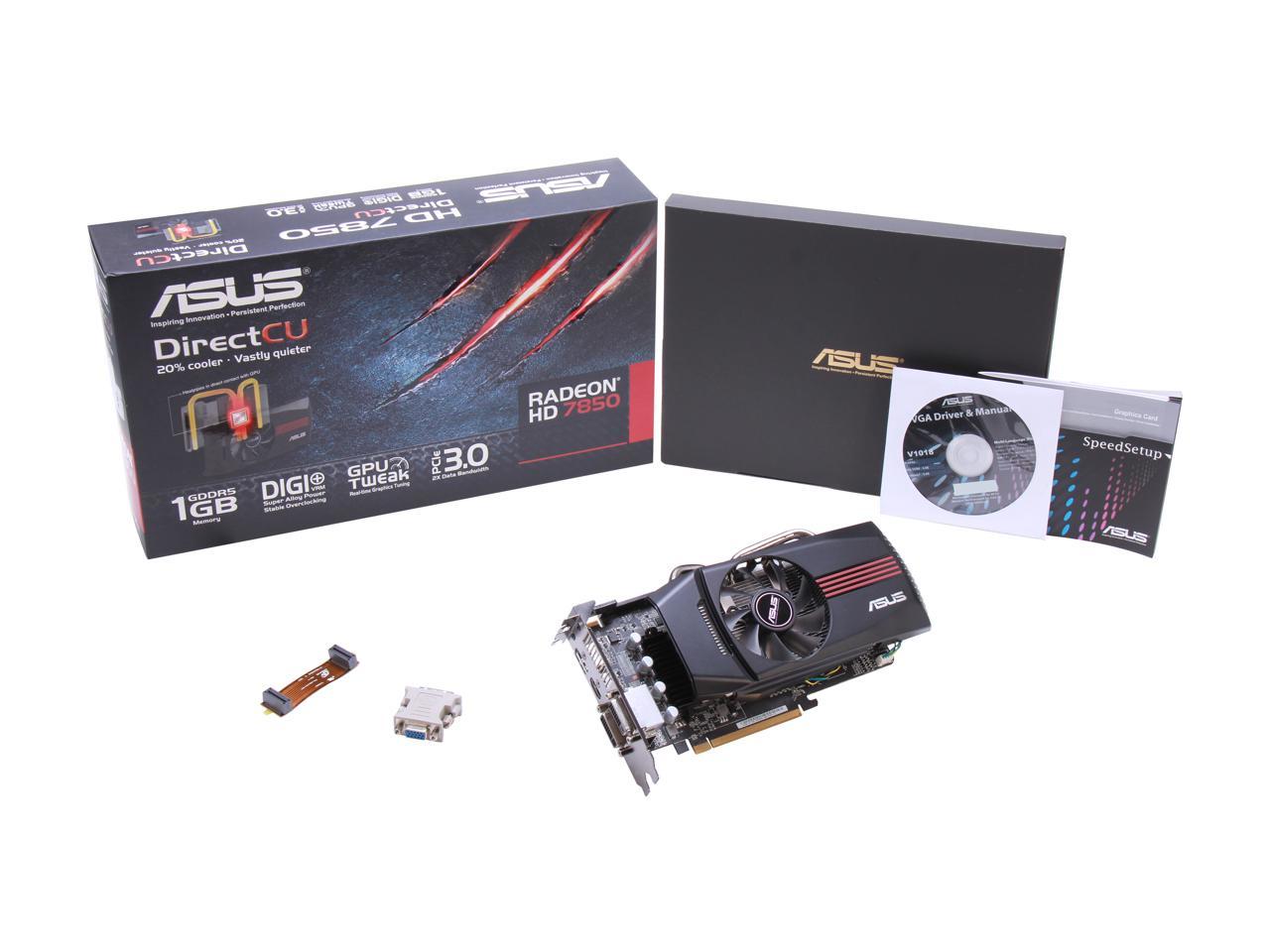 With competitive graphics power and great value, the ASUS HD7850-DC-1GD5 graphics card hits the sweet point for performance game users with exceptional performance/price ratio. It's based on industry-leading 28nm architecture and built around 1024 Stream Processors with 1GB/256-bit GDDR5 memory, delivering reality-defining performance for smooth gameplay in the hottest HD titles. A host of AMD technology, such as AMD Eyefinity, AMD HD3D, AMD PowerPlay and AMD PowerTune offers more than one way to elevate your gaming experience.

Makes the ASUS HD7850-DC-1GD5 yours today and brings your gaming to a new level.

Pros: this card has treated me well since i got it... i upgraded from a asus 5770... oh man what a difference... this card plays all my my games on extra to ultra without a problem.. not to mention it was 200 bucks plus a 20 rebate that has been accepted... did i mention two free games at time of purchase!

Pros: Replaced a 550 TI with the Asus HD 7850 1 GD5. The frame rate in FC3 and OFDR doubled. I'm very pleased with the 7850 in both performance and price. The card is very quiet and had three inches to spare inside my HAF case. Newegg shipped it with great care plenty of shock absorbing materials. Great choice for gamers on a budget.

Cons: The free games coupon for Bioshock and Tomb Raider was expired.

Overall Review: It would be hard to beat this card for the price.

Pros: This card absolutely owns. Compared to the performance, this card is a beast. Overclocking is a great feature on this card since it runs really cool even in cases with bad airflow. If you want a card that runs mostly every game out there in ultra with low power intake and without spending your life savings, this is the card for you. Asus does an extramely good job with the asthetics as well. There are no pictures or video review that shows how amazing this card looks. Black PCB, and translucent fan are really nice with black components and any color scheme. The new CCC 13.2 beta gives about 10 more fps per game. Really quite as well with really low power.

Cons: None at the moment.

Pros: It is an ok card for single card configuration, plays games fine. Some games are incompatible though like Batman which is a letdown, but thats more because its an Nvidia game. Runs 3 displays on 1 card

Overall Review: Even if you don't plan on aftermarket cooling, get a screw driver and remove the plastic, it gets in the way. If it doesn't get in the way for you great! But its super annoying. Other thought is, you seriously need to crossfire these babies or you won't be running your games on any ultra settings anytime soon. Sure you CAN run Untral, however, they skip here and there on some intensive stuff like spectral lighting. For $50~$60 more you can get a 7870 which far outpaces 2 of these cards. After a week I RMAed it and got the Diamond 7870 for many reasons, its almost twice as powerful, has twice the amount of ram, better stock cooler, same size card but the plastic thing doesn't stick 2 inches off the back because they aren't too lazy to press a new plastic mold, I got the games Bioshock and Tomb Raider which aren't yet expired, higher clock speed with more pipes, supports DX11.1 instead of 11.0 OpenGL 4.1 instead of 3.5... Seriously spend the extra 50 bucks...